BUILDING awesome streetcars is hard. If it were easy, everyone would be doing it. Sure, we see a lot of new cars every year but how many are top-of-the-tree awesome? And of those, how many are truly streetable? Awesome is great — we love awesome — but having something you can actually enjoy, too, well … that’s how we roll.

Kelvin Brown, owner of Mild To Wild Restorations, has coined a new expression for the kind of high end street cars we’re talking about; he calls it ‘street elite’. Maybe he should talk to Owen Webb. 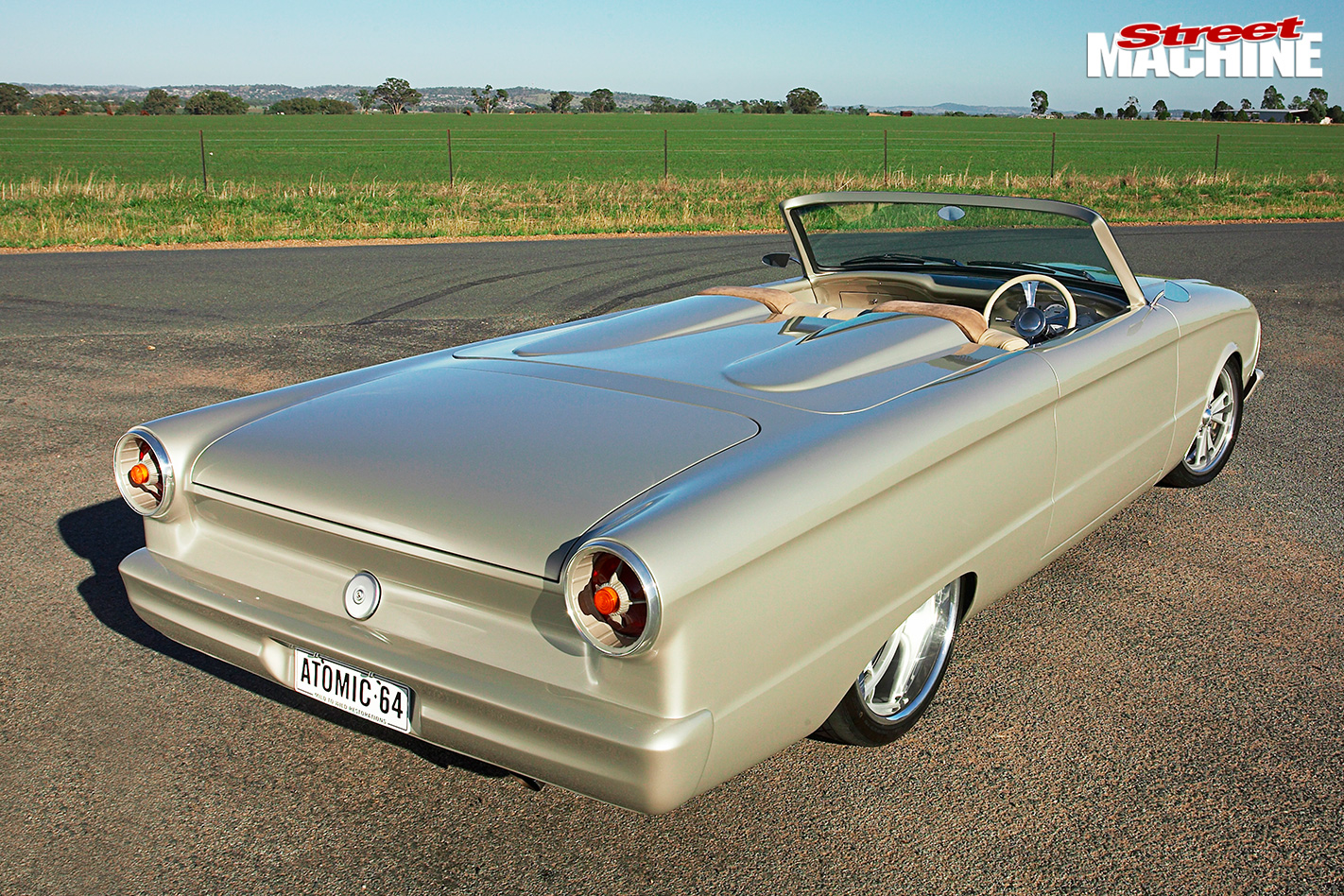 Peter Antoine, boss of fashion importer Atomic, contacted Kelvin about building him a car that fits this category perfectly. He wanted Kelvin to turn his ’64 Falcon convertible into something special, but most importantly, it had to be driveable.

“Peter didn’t ask for a show car,” Kelvin says. “He wanted a car that he could drive daily but he also wanted something high end. Something where he could put the kids in the back and cruise with his wife snuggled up beside him.”

Trophies, accolades, car shows — he didn’t care about that stuff. He just wanted a custom cruiser that was unique, and more than a little bit different from his mates’ Ferraris and Porsches. And perhaps most importantly, something that couldn’t be bought by just walking into a dealership with a huge wad of cash.

Peter found Mild To Wild (M2W) through its website and a recommendation from Wheelboyz was enough to get Peter on the phone to discuss ideas. From there, Kelvin drew up a concept in purple, which is what Peter wanted, but the boys reckoned the car would look better in a silver hue, so they came up with a second design. 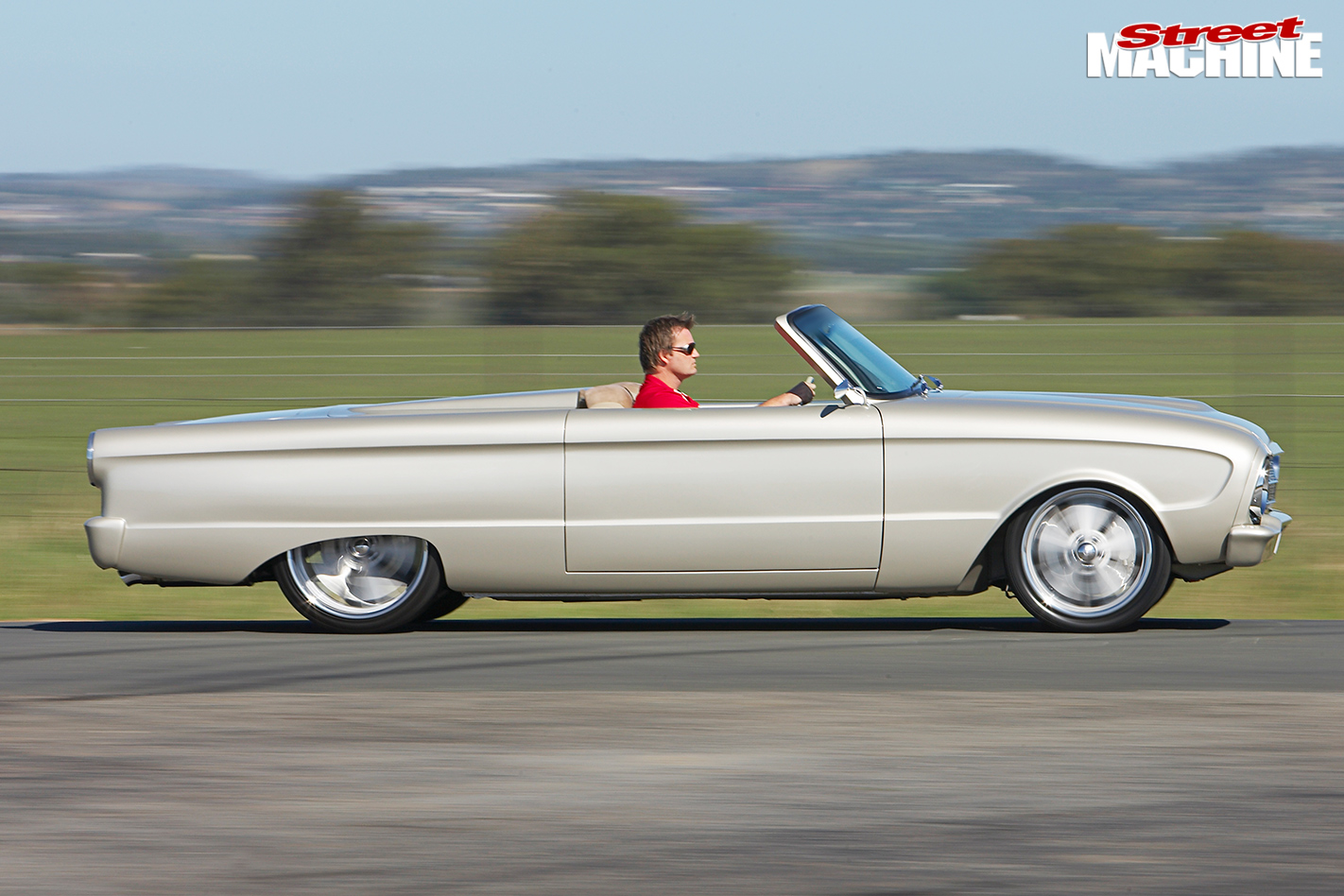 “When Peter saw the second design, he said: ‘That’s it!’” Kelvin says.

So the convertible was shipped from Queensland to M2W’s Wagga Wagga, NSW, workshop. But Kelvin wasn’t overly impressed with what arrived. The white convertible sported an ugly folding roof and the door gaps were atrocious thanks to inadequate bracing in the original gas-axe attack.

So the first job was to fix the shell’s rigidity. M2W took care of that with a pair of custom four-inch-wide chassis rails running front to rear. These stiffen the shell without interfering with ground clearance. With that sorted, they could get into the rest of the heavy mods. After all, there’s no point doing all this close-tolerance customisation if the gaps change every time the car moves.

Where do we start with all the custom work on this car? Look at the rear bumper, for example. It’s been blasted, sectioned, filled, and then welded to the rear of the car. Sounds simple, but there’s hours of work right there. 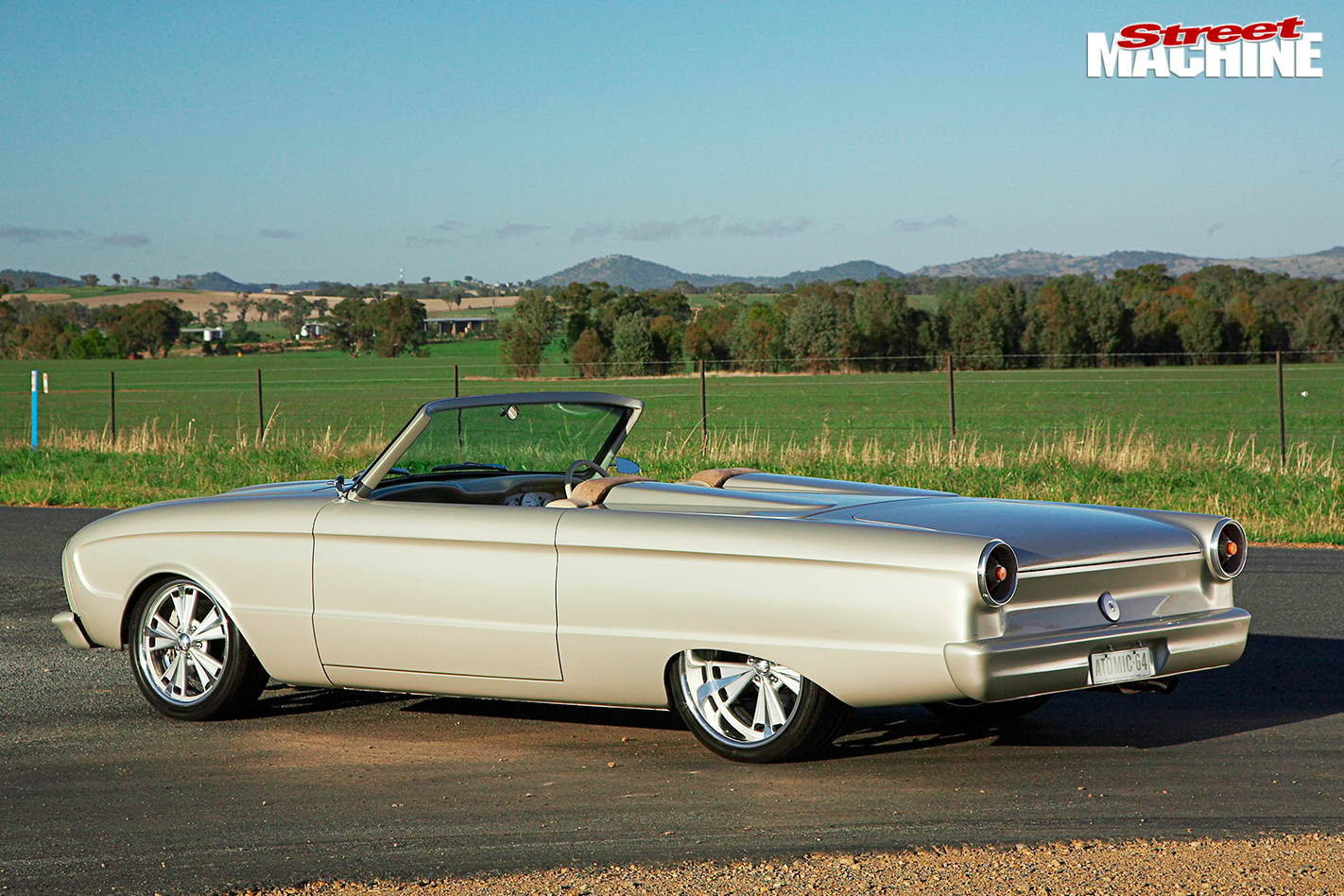 Moving forward along the body, you can see Kelvin and his team have kept the bodylines purposely sharp, not dulled with an excess of body filler or high-fill primer. No badges, holes, stainless trim or external door handles — everything has been deleted. It’s an exercise in artistic minimisation; less is more. Even the side window openings have been filled and a fibreglass pod made to fill the back seat area when Peter’s only cruising two up.

The windscreen’s also been laid back a bit and the surrounding metal modified to handle a late-model type of windscreen rubber. That’s another serious amount of work. Of course the engine bay has received considerable attention, too, with everything minus the suspension towers cut out and replaced with flat sheet. All you see in there now is the engine, just as it should be.

And as we said, that’s only a fraction of what’s been modified. 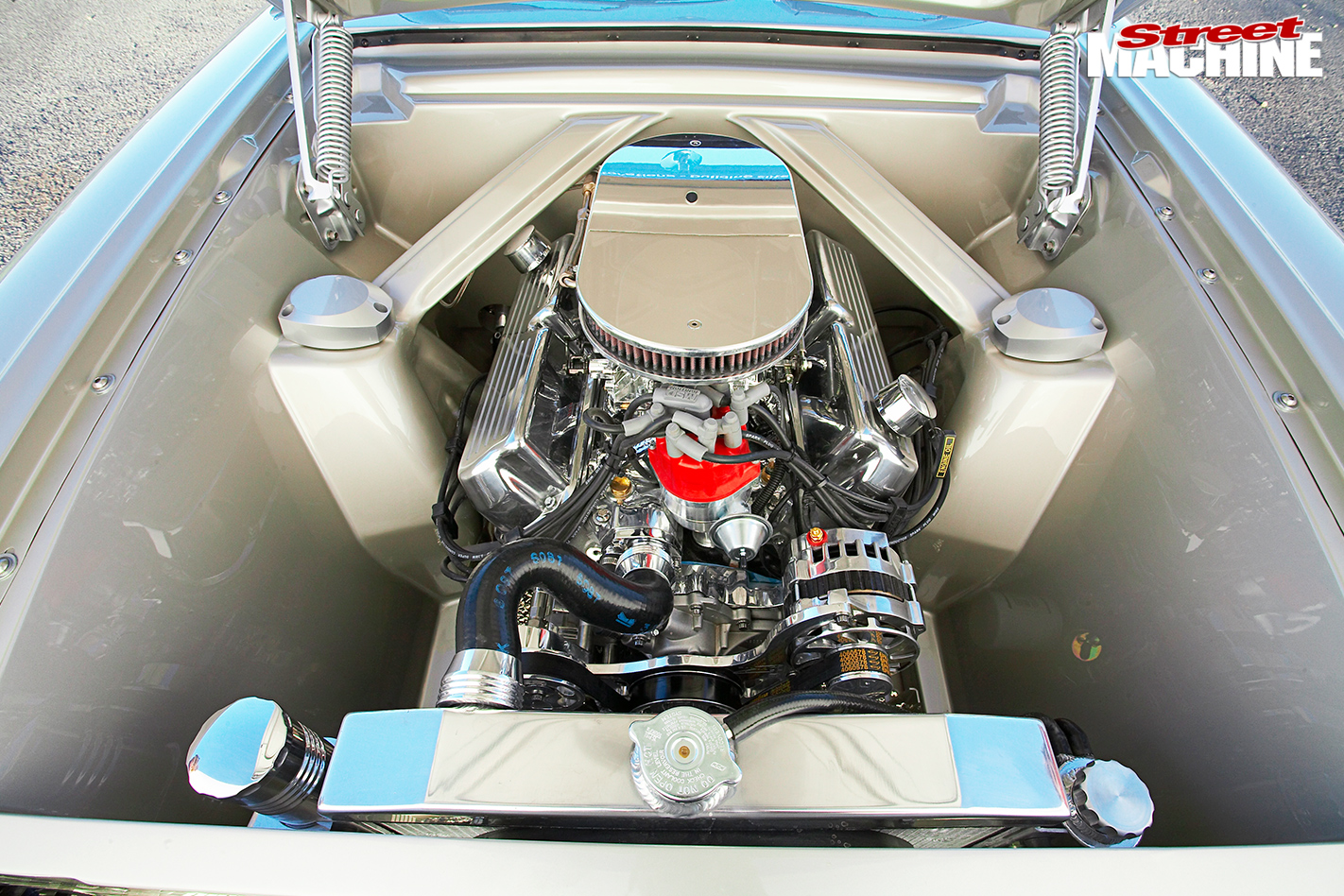 “At Summernats, when we unveiled the car, they asked me if there was much done to the body.

I just turned to them and said: ‘You’re kidding, aren’t you?’” Kelvin laughs. He says the idea behind this car was to build a modern car inside an old one, so every nut, bolt and fitting is brand new. “The only original parts are the body panels,” he says.

Rather than use the 302 Windsor and C4 that came with the car, M2W installed a 340hp Ford Racing crate engine, adding an Edelbrock tunnel ram and twin 500cfm carbs while they were at it. Kelvin says Peter wanted to go for something bigger but they managed to keep him focused on the big picture. Saying no to a car’s owner isn’t always easy, but Kelvin didn’t want to compromise the impact or usefulness of the car. 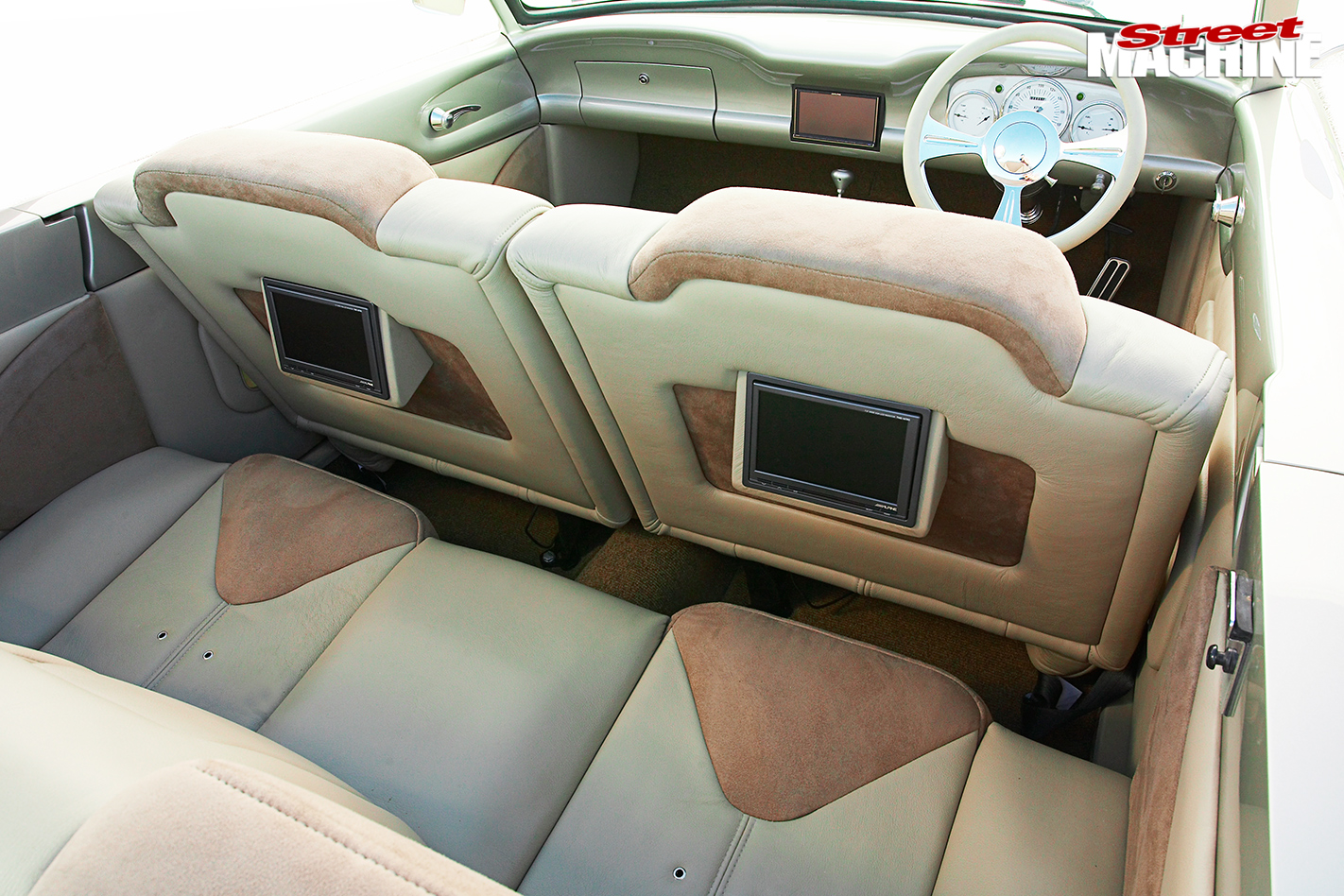 “Peter’s original brief was to have a car that would cruise comfortably with his young kids in the back,” Kelvin says. “Fitting some big horsepower monster would have been a mistake.”

Installing the suspension turned out to be a bigger job than you might imagine. Kelvin had RRS send out a truckload of gear but he had some specific ideas of what he wanted to achieve. Not happy with the placement of the wheels, he modified the RRS front end. This included shortening the lower control arms, and repositioning the radius rods to get things where he wanted. The RRS three-link rear also copped some modification, with the tubbed rear end requiring the rear shocks to be stood straight up to clear the 20x10 Boyd Coddington rims.

Kelvin would have gone for airbag suspension if he could but with the car headed to Queensland that wasn’t an option. 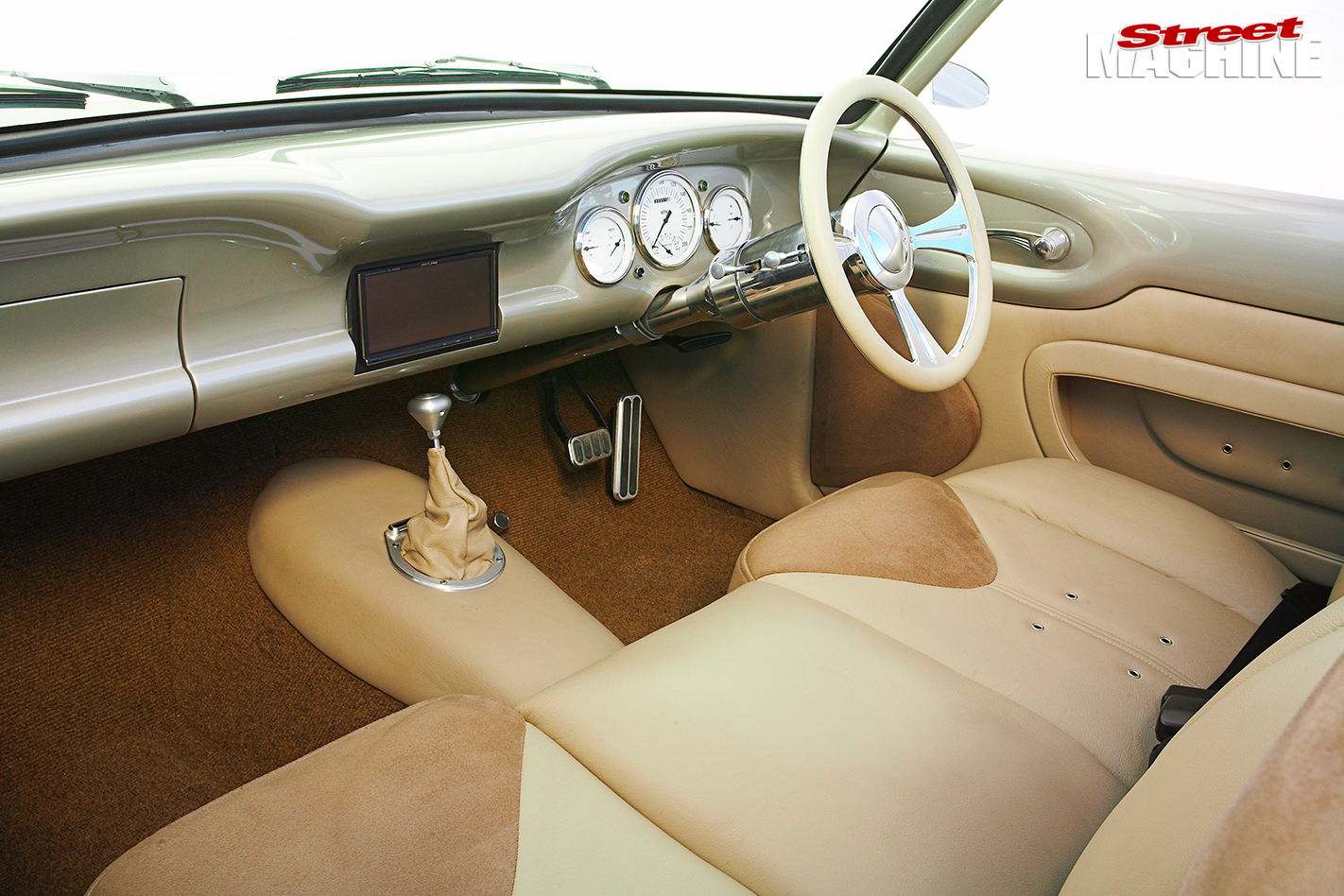 If you stick your head under this automotive masterpiece, it’s obvious that no bolt has been left unturned. Every part has been modified not for the sake of it but with the specific aim of making this car a better driving experience.

“It can drive in and out of every driveway,” Kelvin says. “The car looks low but in reality everything’s up high and tucked away.”

By the time it was finished, Summernats wasn’t far away, so Kelvin decided to unveil the new ride during the Meguiar’s Great Uncover. Not only did the public love it but it earned a spot in the Top 20 and won Top Convertible. 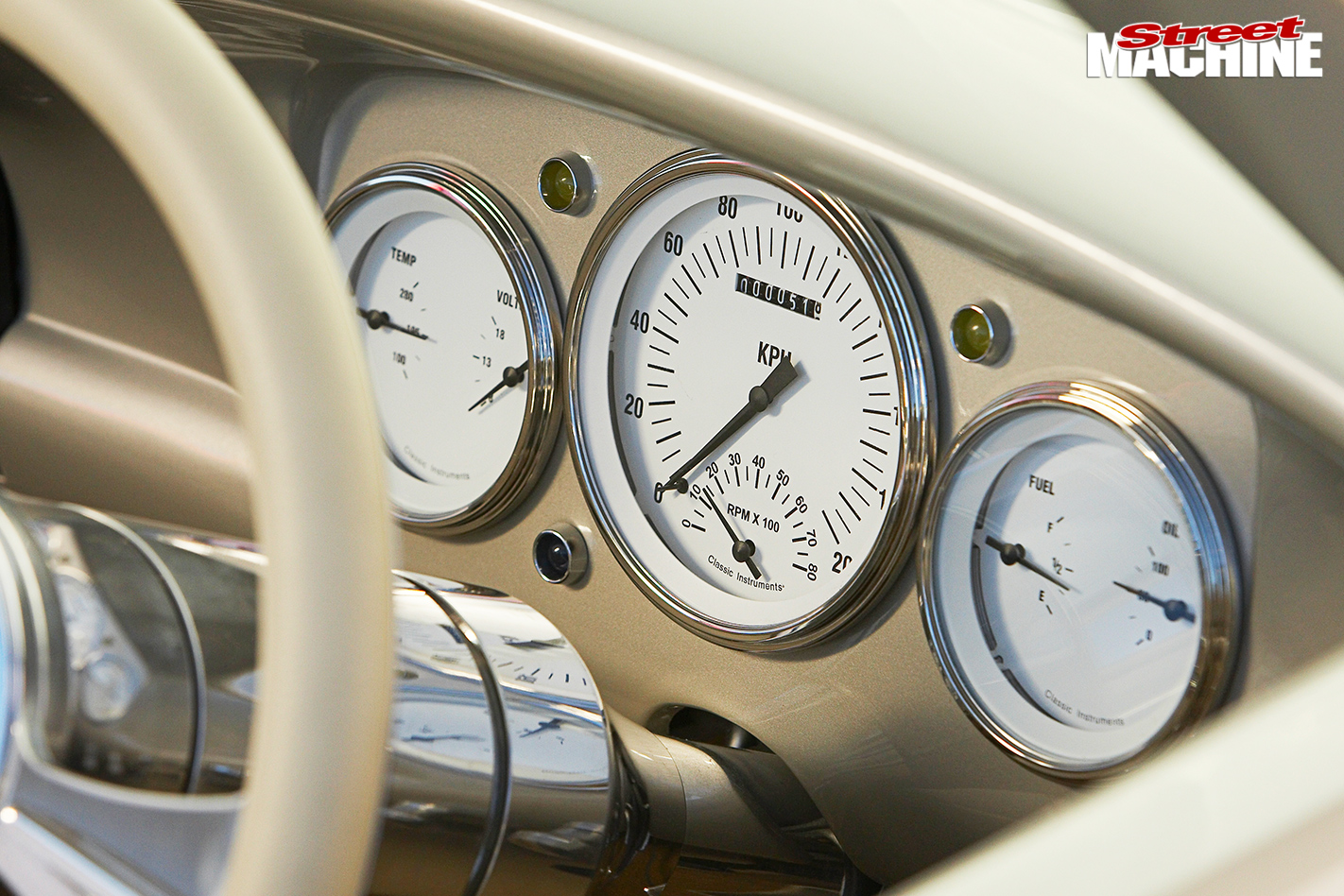 But it’s hard to truly appreciate the work that’s gone into the car standing in a judging hall. This is a machine that’s destined to spend plenty of time on the road, although the lack of roof and side windows means there will need to be covered car parks for this machine.

It does beg the question of whether we’re seeing a shift away from undrivable elite type cars. If we are, there are no complaints here, because what it boils down to is this: cars are meant to be driven. And Kelvin agrees.

“We’re trying to get back to the roots of street machining,” he says, “building elite cars that can be driven, but that with a quick wash and detail can still win trophies. 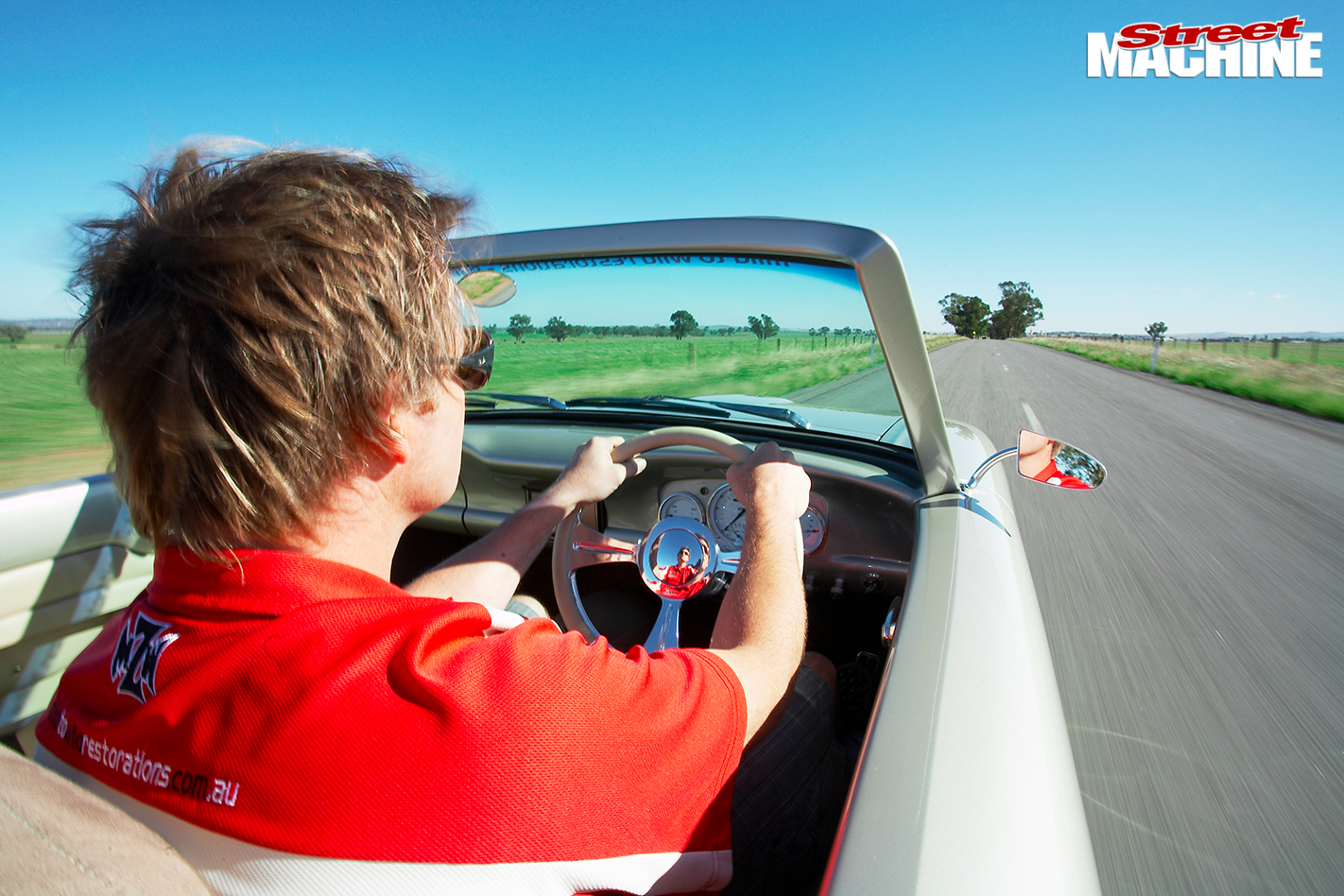 “At the end of the day, we wanted to build a car for Peter and his family, one that he could drive and enjoy. Realistically, anyone can jump in that car and drive it.”

But according to Kelvin, the biggest compliment came from Peter when M2W unveiled the car in a special workshop ceremony prior to Summernats.

“Peter said: ‘That’s the best looking car I’ve ever seen in my life.’”