A FORD fan through and through, Jono Calautti’s first car was a P-plate-spec slammed XR6 ute. As soon as he turned 18 he bought his first V8, this ’82 XD Fairmont Ghia, which he has since transformed into an awesome home-built street machine. 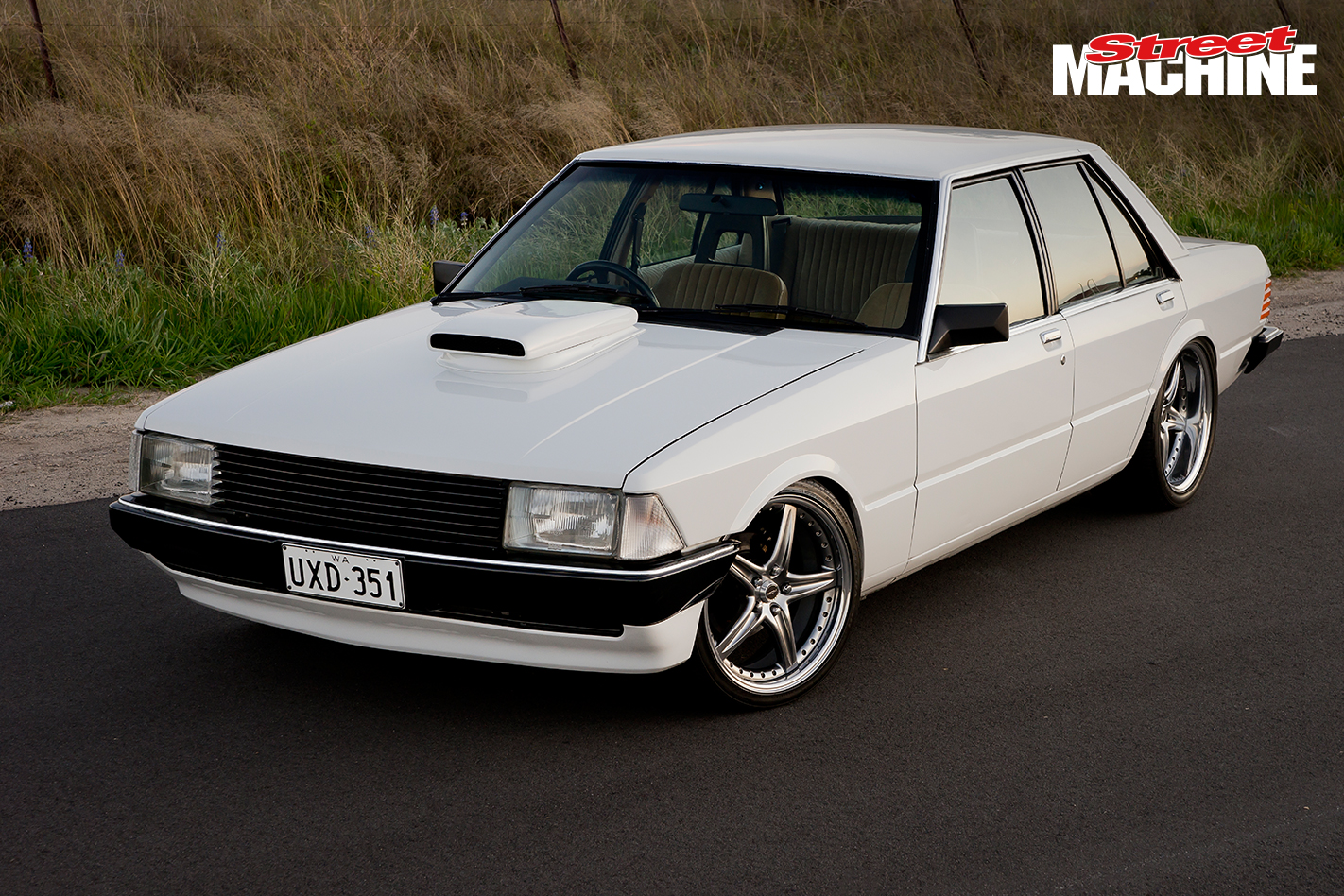 It has a Streetbuilt Racing 351 Cleveland with a solid-roller cam, steel crank, 2V heads, flat-top pistons and it’s topped off by a 650 Holley. The transmission is a reverse-pattern manualised-valvebody C4 with a 3500rpm stall, which goes into a nine-inch 31-spline Truetrac rear end with 4.11 gears. It made around 310rwhp last time I put it on the dyno and has done a 12.20@108mph down the quarter. It’s more a tough street car than anything else. 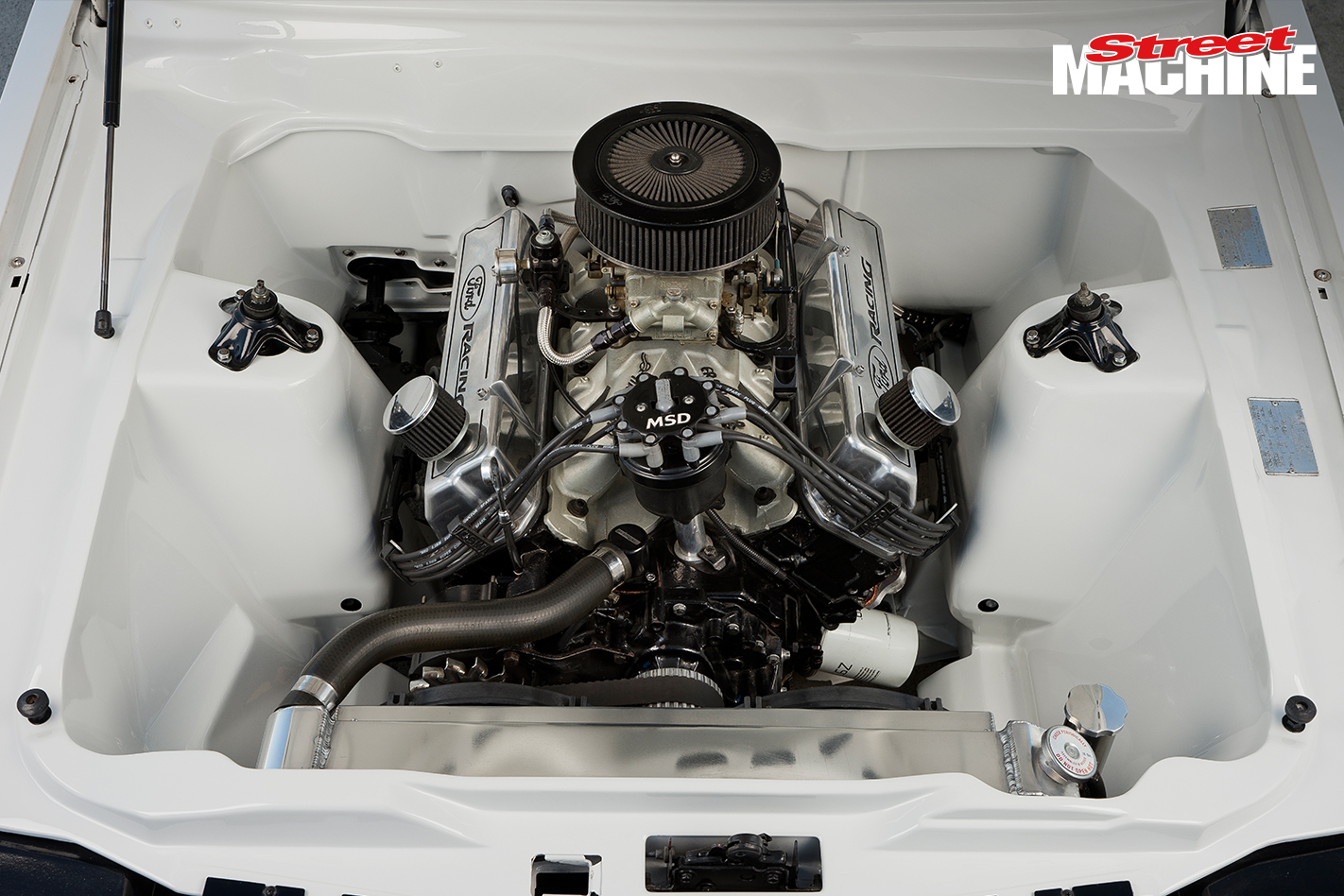 The engine bay looks extremely tidy, did you do the work yourself?

Yep, it probably took me over 200 hours! I gave the body a few other touch-ups here and there, like panel beating the guards so I could fit the big 19-inch wheels. I was pretty lucky there wasn’t any rust in the body at all when I got it, and it drove fine after a set of new bushings. There were just lots of little things to fix, but the body was straight, and the paint was good – we only gave it a few touch-ups around the rear quarters. 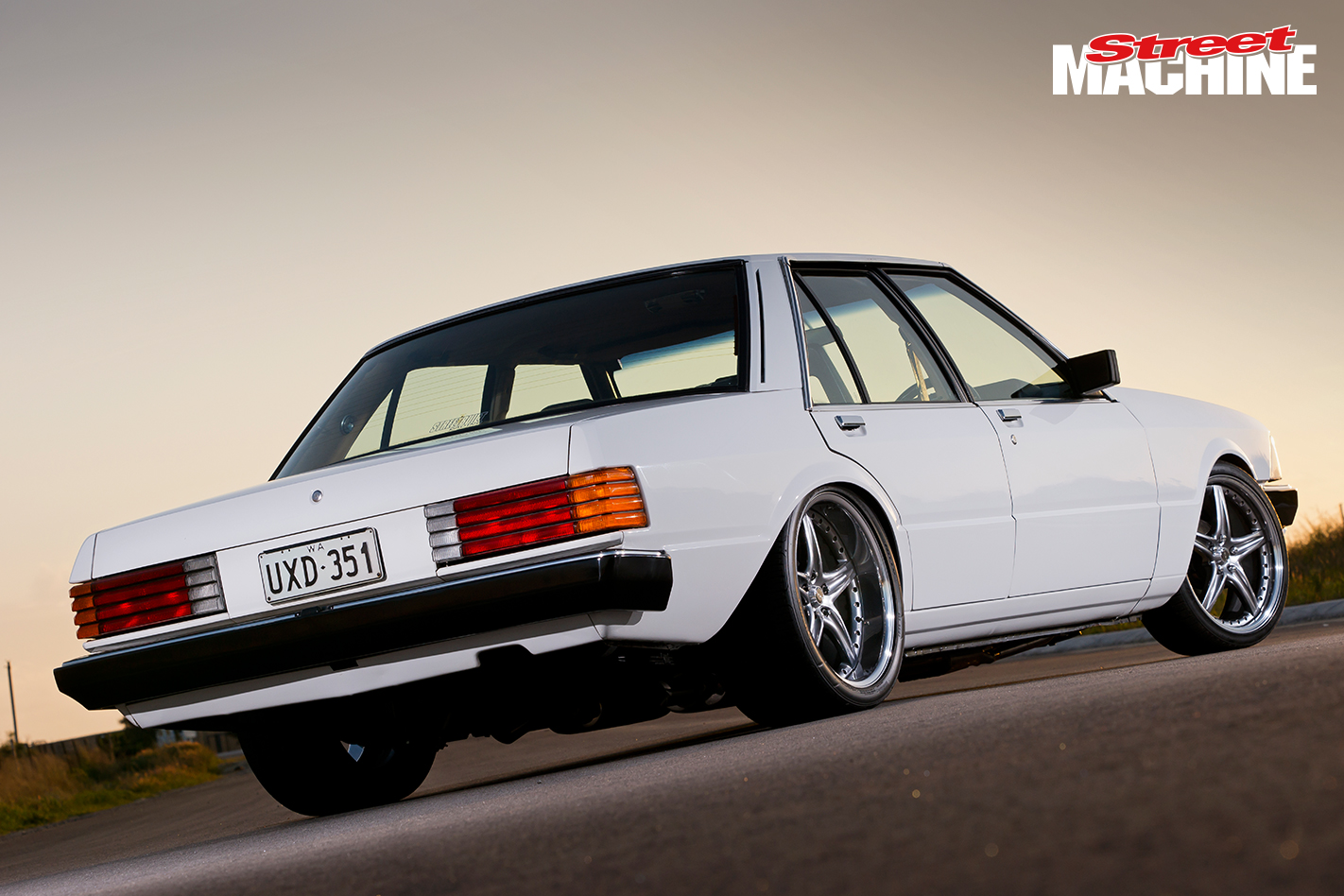 Had you done much metalwork before this project?

To be honest I hadn’t done much extensive work on cars before this one, just basic maintenance and mods, so this was a big learning curve. This was the first car I had ever pulled an engine out of and I really only did it because the oil pick-up snapped off the dizzy, starving the motor of oil. So while the motor was out I started welding up all the unnecessary holes and the project grew from there. I boxed out the radiator support, smoothed the strut towers, boxed off the back of the headlights. I bought a portable sandblaster and blasted everything myself in the backyard, primed it, then started doing the bog work. Street Rides in Wangara sprayed it. The whole project took about 14 months. 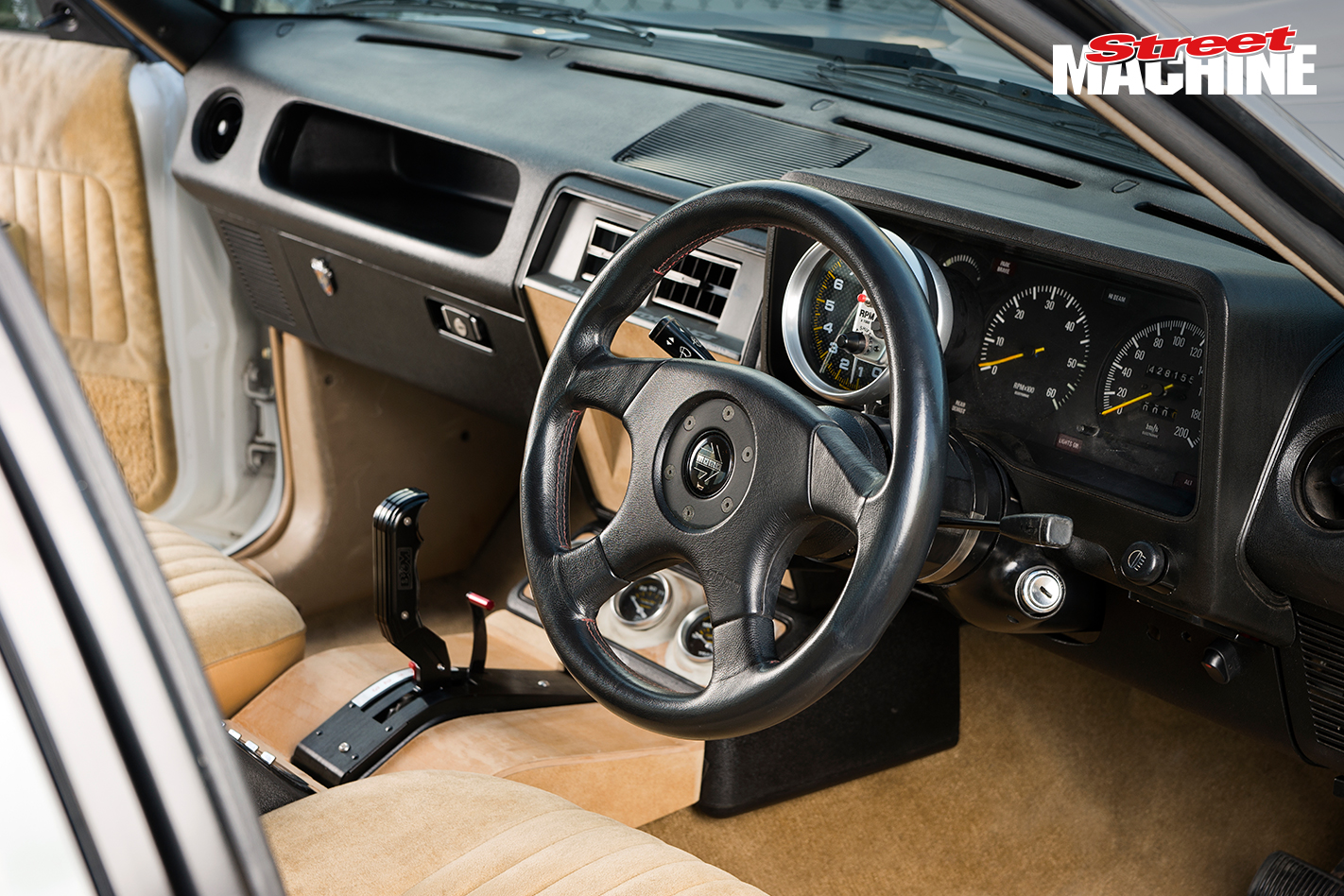 You must be pretty handy on the tools, what’s your background?

I’m a furniture maker by trade and I work as a cabinet maker. I made a custom centre console, mounted up the B&M shifter, and recarpeted the interior. Other than that the inside’s pretty much standard. The seats and dash are all original. 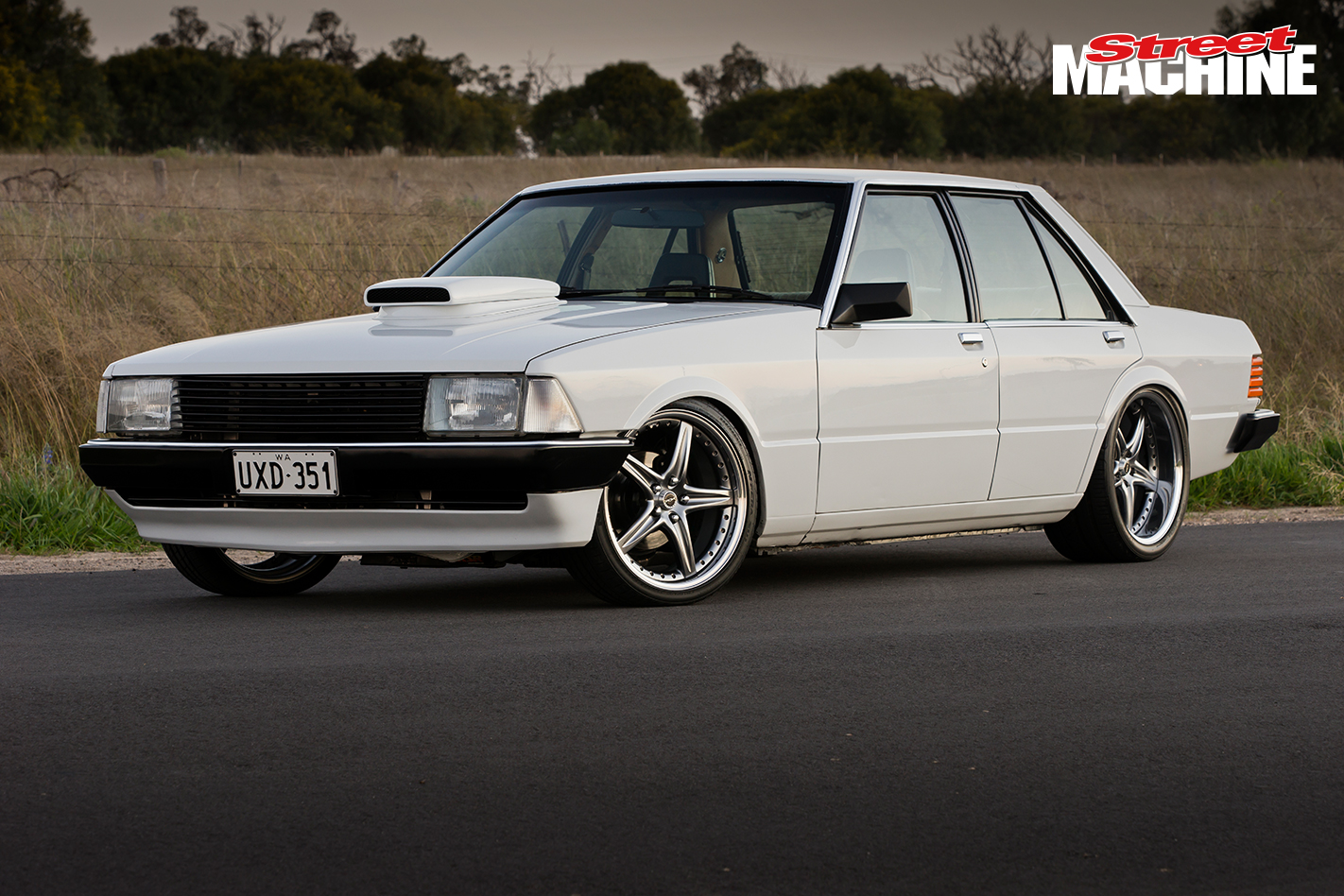 What was it about the XD that you liked?

I’ve always been into Fords; my old man and uncles were all into the late-60s/early-70s XR-XY Falcons and I wanted something a bit different. I liked the square shape of the later models, and the fact that there weren’t many people modifying them appealed to me. 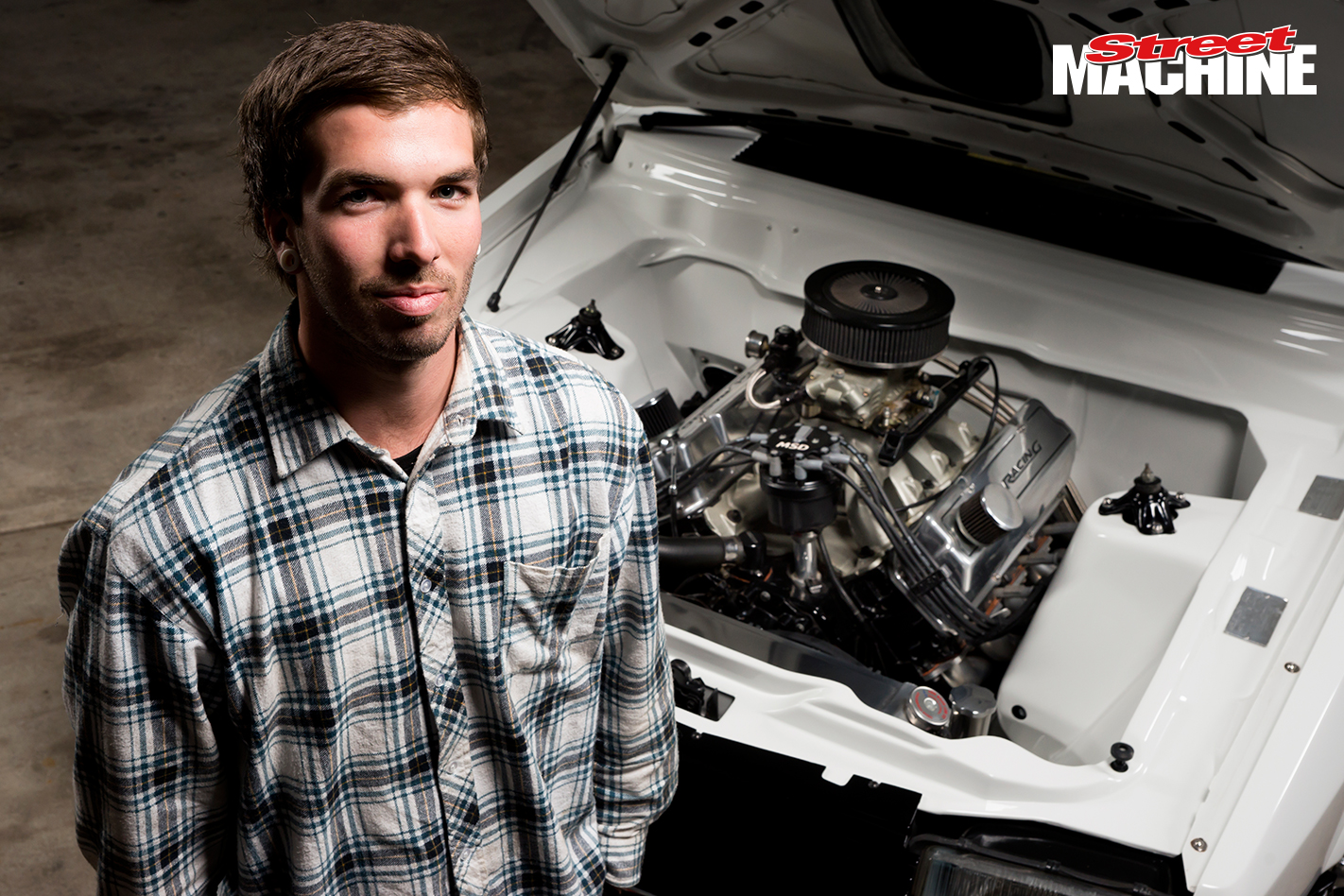 Let’s just say I’ve got a new combo in the works with more cubes! At the moment I’m also helping my old man do up his genuine XT Falcon GT with a 346-cube motor. I won’t be cutting up the engine bay on that one though! 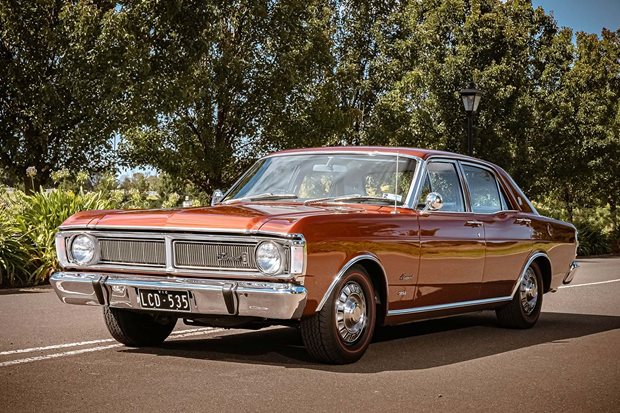 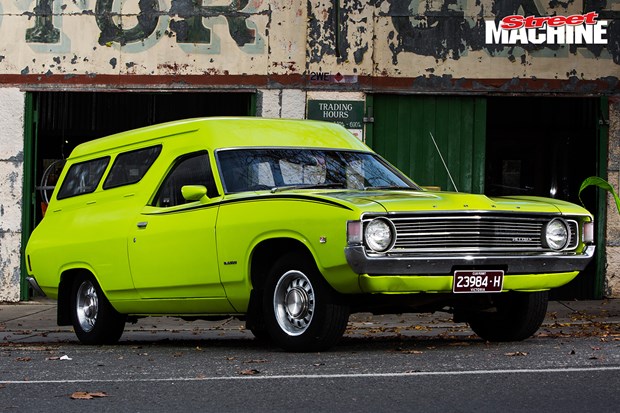