NASCAR gets looked down upon by many because the cars just ‘drive around in circles’, but the truth is the engines are cutting-edge considering the limitations put upon them. Until the start of 2012, all NASCAR engines sported a single four-barrel carby and made close to 900hp while sitting on 9000rpm all day long. So we’re talking some seriously tough mills. 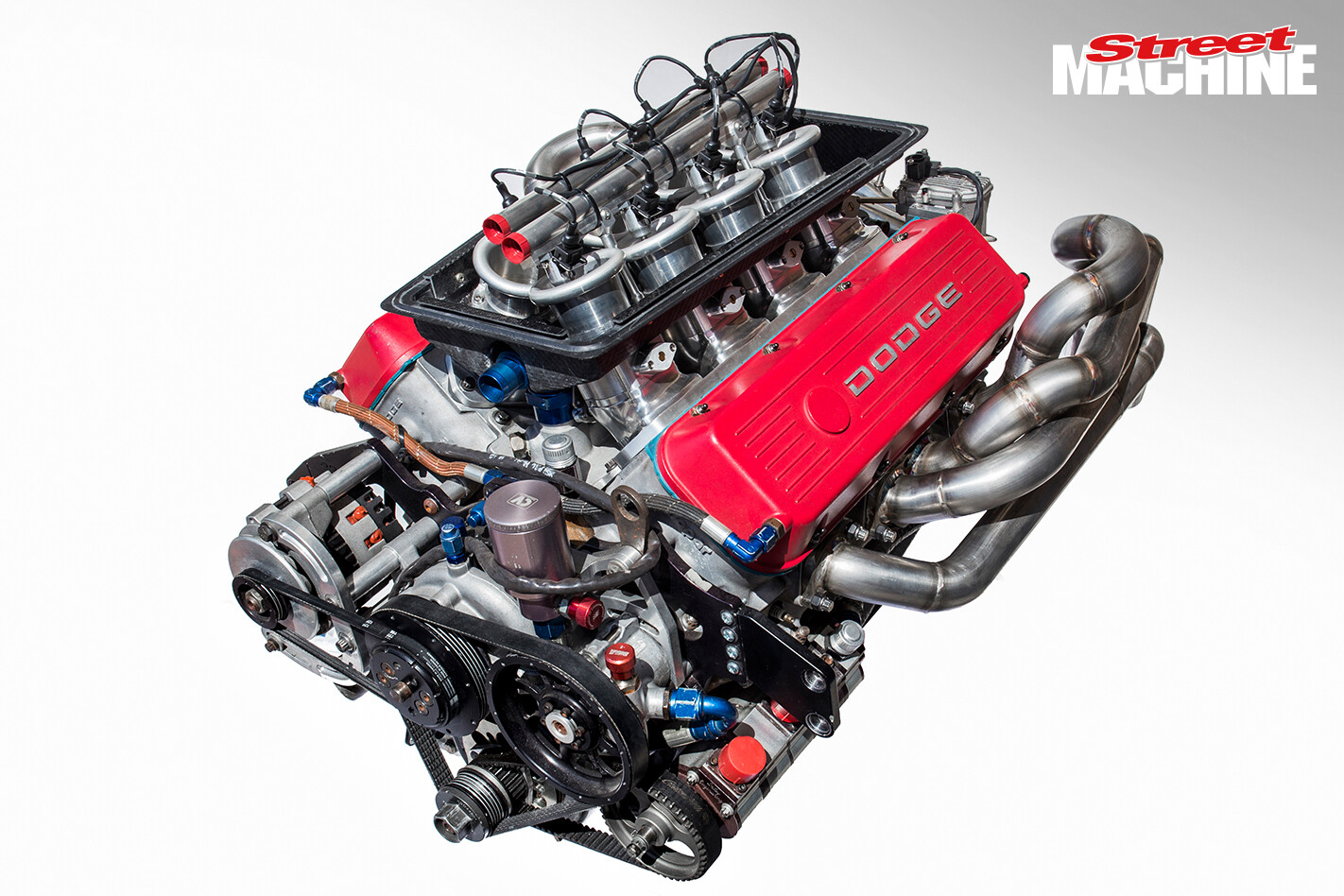 Every now and again the rules change, which renders a whole series of engines obsolete by NASCAR standards, but perfectly fine for other uses – like this Dodge R5P7 engine in Catherine ‘Driftcat’ Hewitson’s drift-spec VK Commodore sedan. She and her husband Trent own Chequered Tuning in Dandenong, a business that specialises in dyno tuning for other workshops. 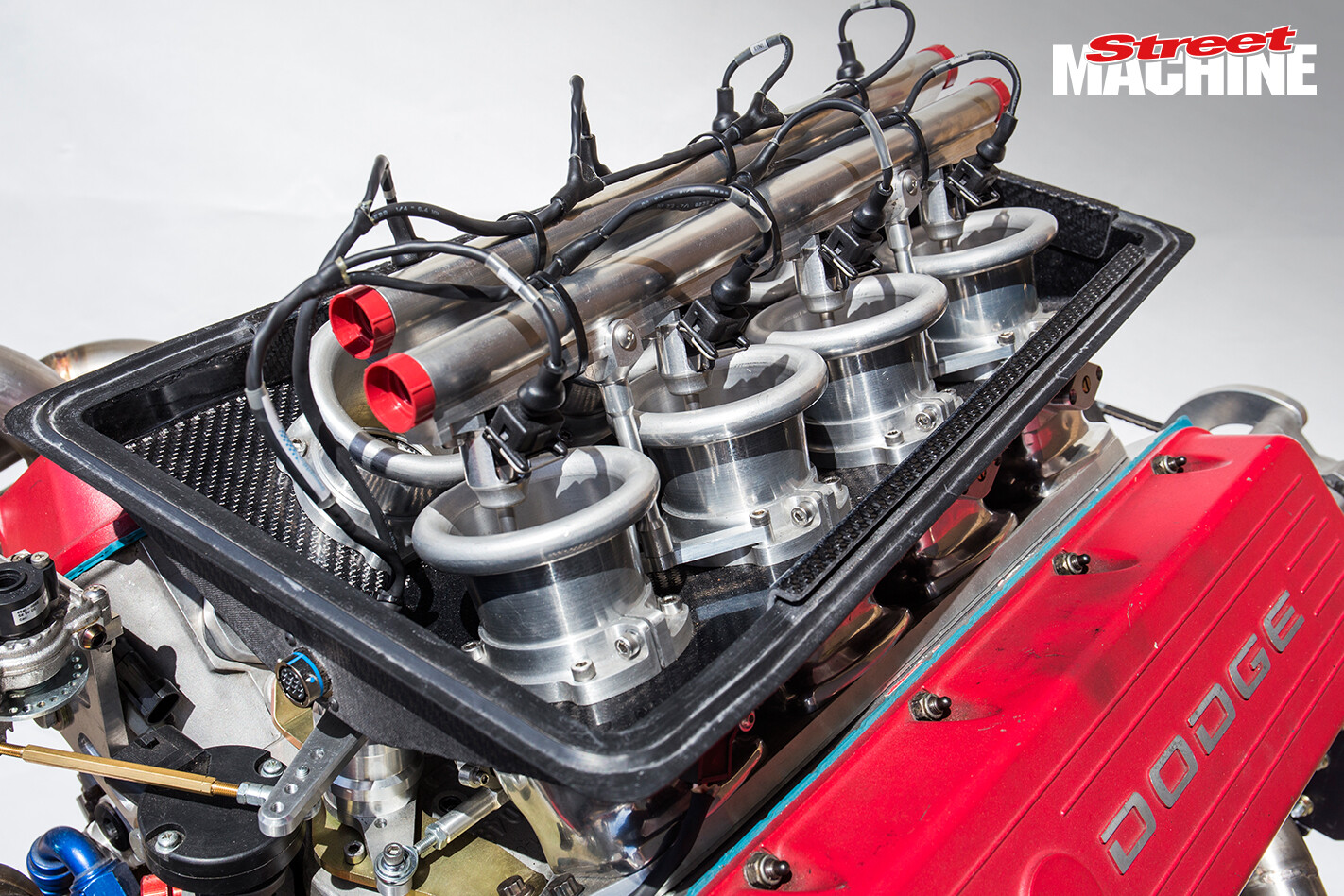 “We only tune,” Trent says. “We don’t build cars for customers, but we tune for about 18 different workshops.” Catherine’s car used to run a twin-turbo LS1 that was punching out 560-640rwkW – depending on the year. But Trent wasn’t happy with how it sounded. “They’re an awesome engine, but they sound shit,” he says, laughing. “So we bought a Dodge NASCAR engine from Steve Day (Daniel Blok’s engine man); they’ve got a pretty good pedigree.” 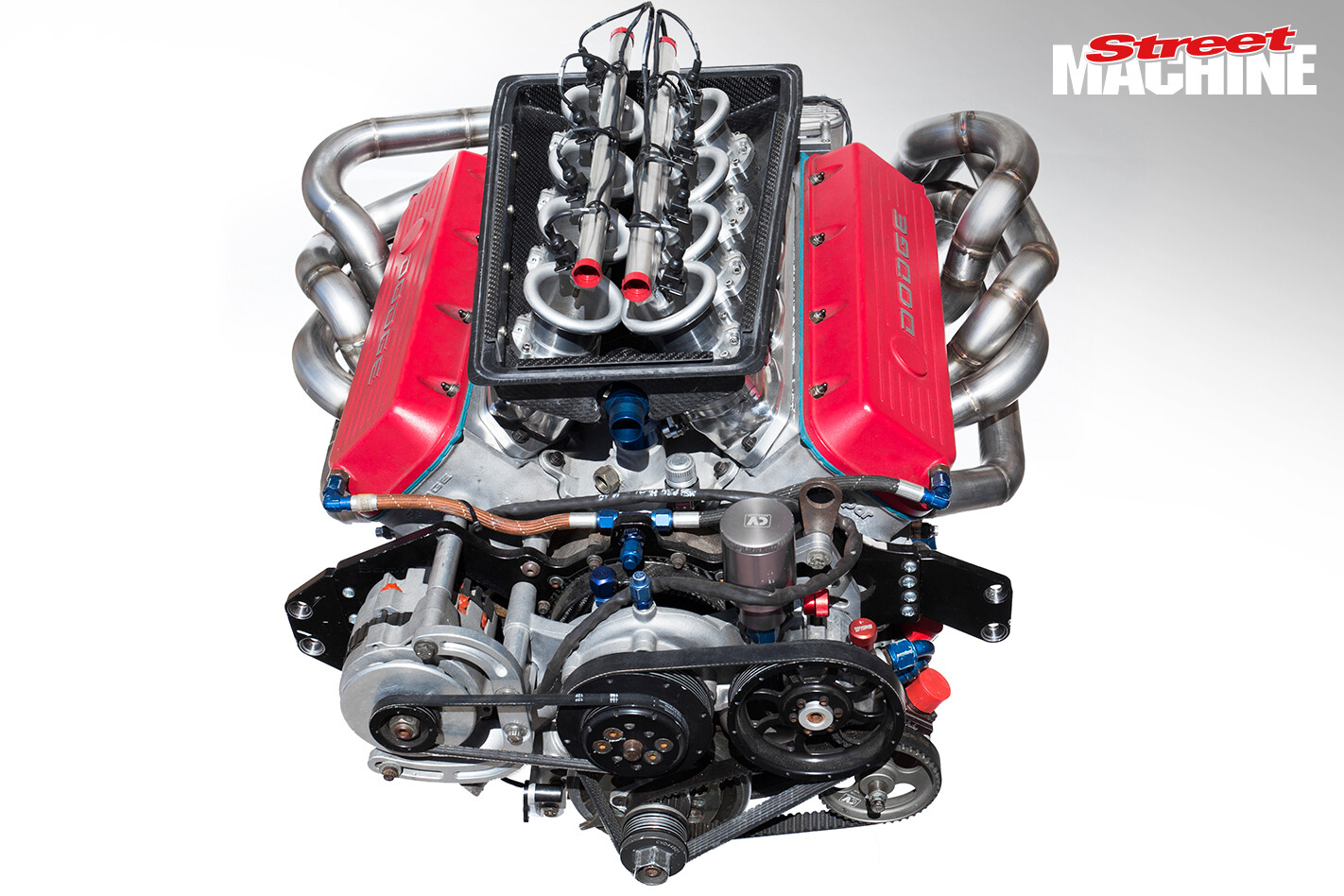 Of course they didn’t just plonk the Dodge engine into the VK and call it a day; the NASCAR engine is wider and taller than the old LS1 and needed a bit of help to fit in, such as lowering the steering rack two inches and routing one side of the exhaust around the back of the engine. Trent also updated the top end with some injection. The injection kit also came from Steve Day, but Trent didn’t like the fuel rails so he had EFI Hardware come up with some new rails and, with some long-pintle 1000cc injectors, they fire straight down into the eight 65mm throttlebodies. When tested in the States, the Dodge donk made high 800s in terms of horsepower, and with the injection Trent is aiming for around 400-410rwkW (536-549hp) once it’s all sorted. “It’s a more technical engine than the twin-turbo LS1 combo,” Trent says. “Everyone has LS engines these days; we wanted something that was a showcase for what we do.”

With Catherine soon to have her first baby, it’s unlikely that she’ll be drifting the VK any time in the immediate future, but hopefully we don’t have to wait too long before we hear this thing sideways and screaming its lungs out on the track. Won’t that be a sight to behold!