George Stathopoulos copped plenty of grief for even thinking about modifying his restored Holden HK GTS 307, so he started over, creating a 400-cube stealth missile from an unloved HT

EVERYBODY loves an HK-T-G Monaro; even Ford guys will admit they’re pretty tough. That popularity is reflected in current values; if your Kingswood has two doors, start adding zeroes, because people are lining up to own one. 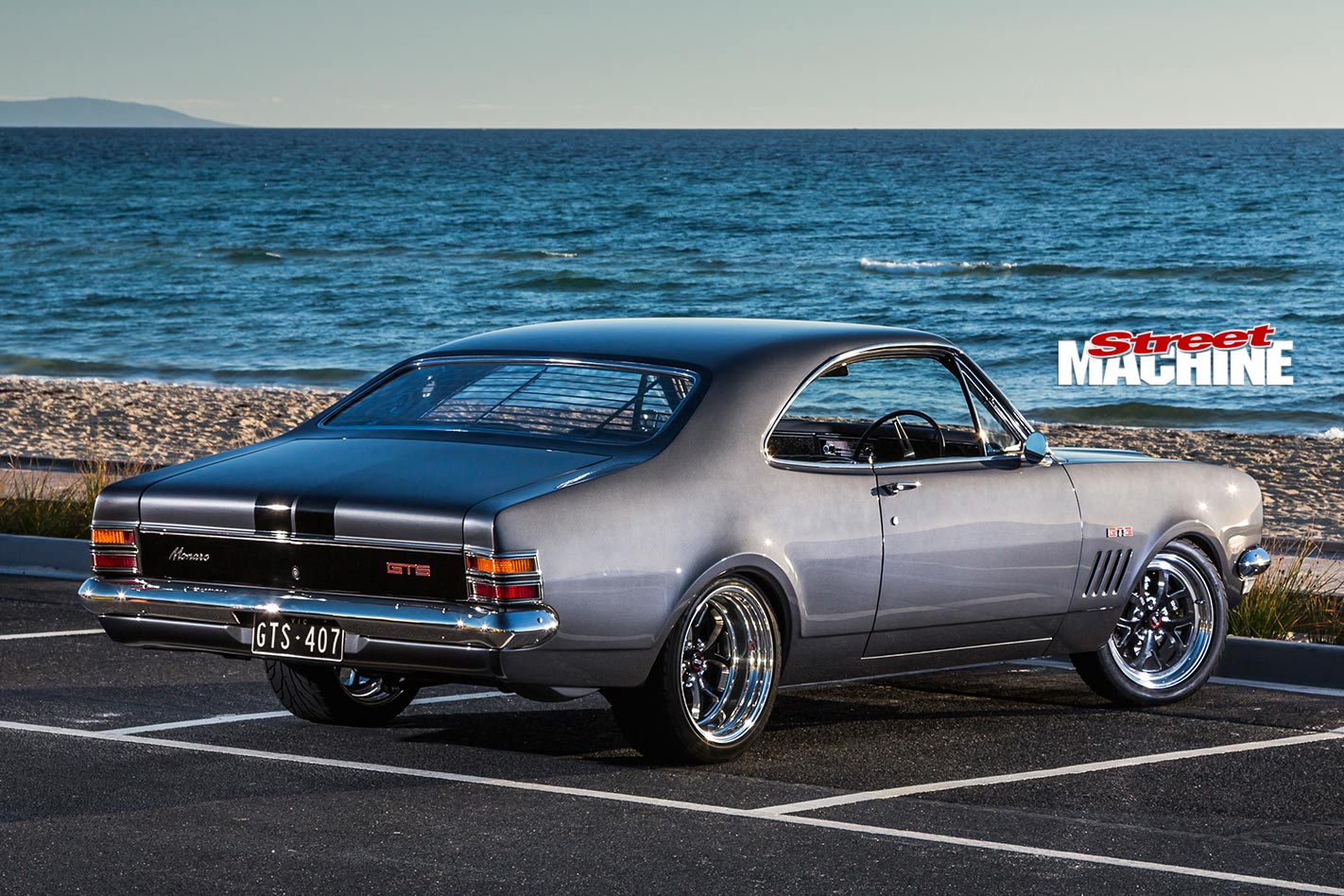 But there’s a negative side to the high esteem in which these rigs are held: What if you’ve got a pearler and want to start modifying it? George Stathopoulos certainly copped it when he told people his genuine HK GTS 307 needed more grunt. It was too good to chop up, too nice to modify, apparently. 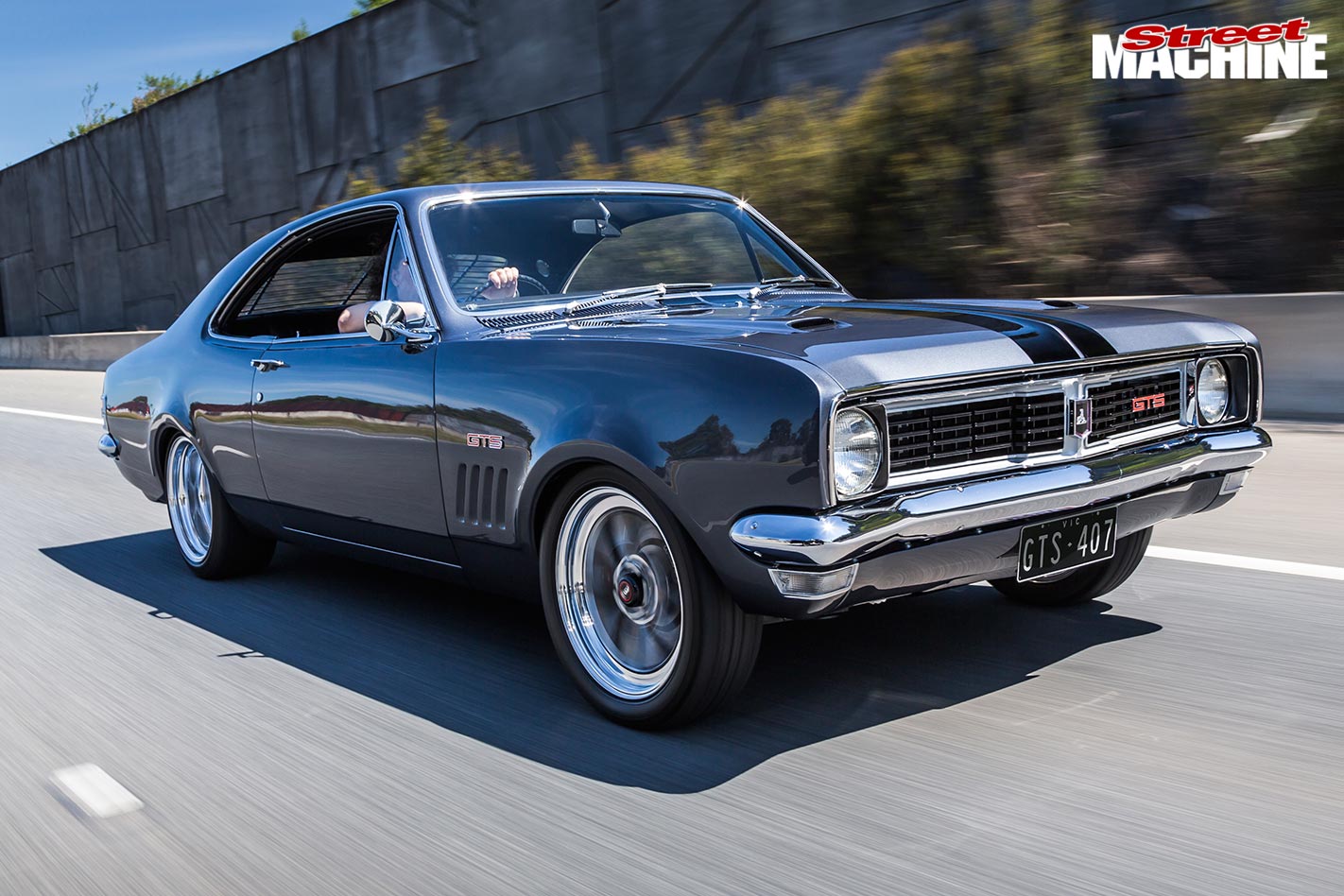 As the donor car started life as a HT GTS 186S, George resisted the urge to put stripes down the sides. “Only the V8 cars got those stripes in the HT, so I left them off.” Wisely, he also left off the 186S badges!

Some would give the appropriate salute, fire up the angle grinder and begin attacking those narrow rear wheel wells out of spite, but George conceded the ’K was pretty nice and started looking for another coupe.

An appropriately donor-spec car appeared in Adelaide: a Verdoro Green HT Monaro GTS 186S. It had received a dodgy 80s resto back in the day and the engine bay was a pig. 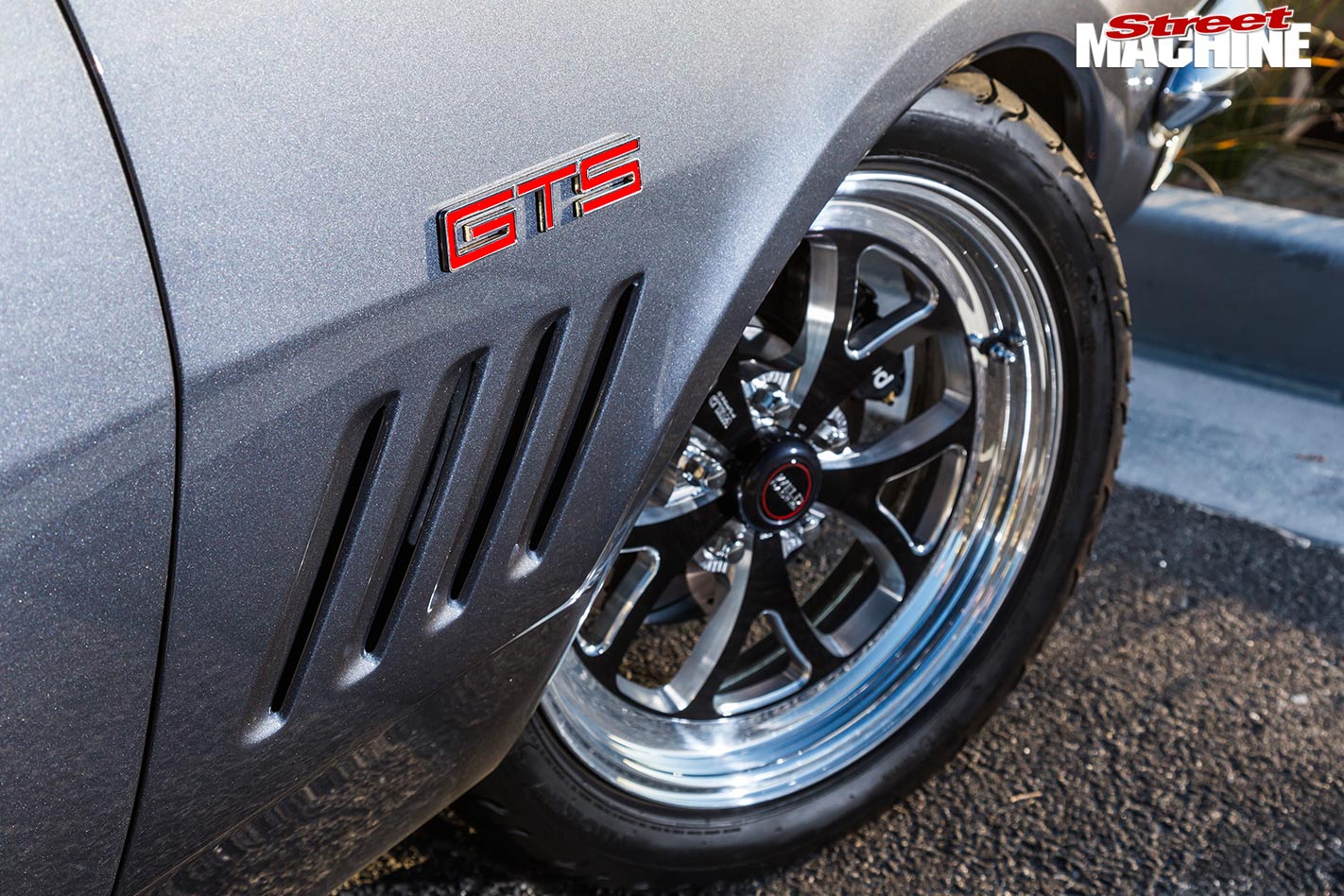 George was undecided about the wheels for some time, even toying with the idea of going for deep 15s with drag-spec beadlocks. “I was after more of a resto-mod look, so when I came up with these Welds, they were perfect,” he says. They also work especially well with this colour combo

“The paint was thiiiick,” George drawls, “and it covered a few blemishes.” However, a pre-purchase inspection allayed any fears of a shit-heap, showing that the chassis was solid and the surface rust nothing to worry about. 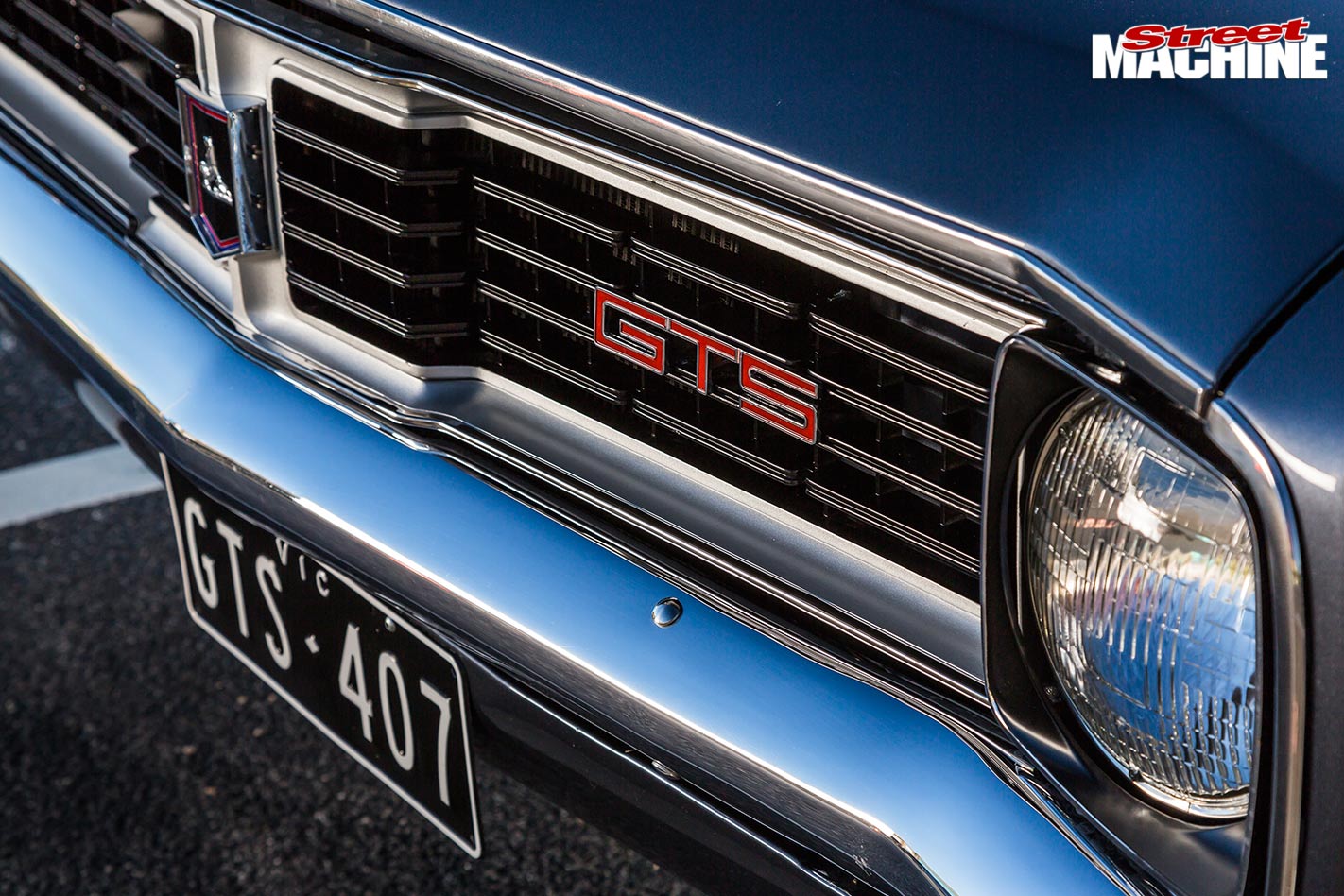 Despite this HT being the relatively unloved 186, George still found a few detractors.

“Again, everyone was saying: ‘Don’t do this’, and ‘Don’t do that’, but this time I told them where to go,” he laughs. “I had the vision of this stealth look, with black and grey complemented by little bits of chrome.” 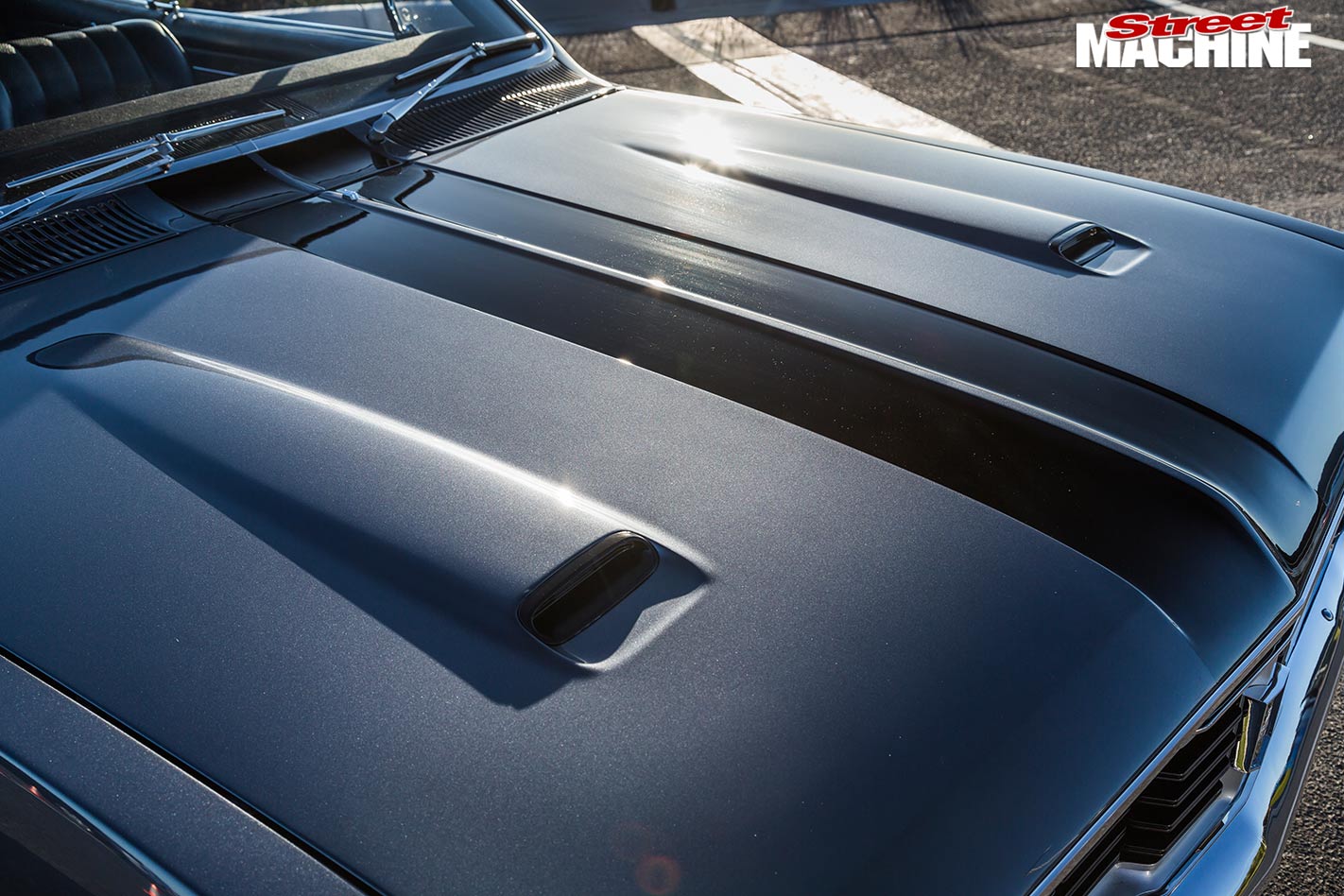 George shipped the Monaro to his cousin Steve at Scorpion Automotive, who recommended Zoran at Competition Engines in Springvale, Victoria to handle the overall project. George isn’t afraid to get his hands dirty, but he’s an accountant by trade, and he knows where his strengths lie. 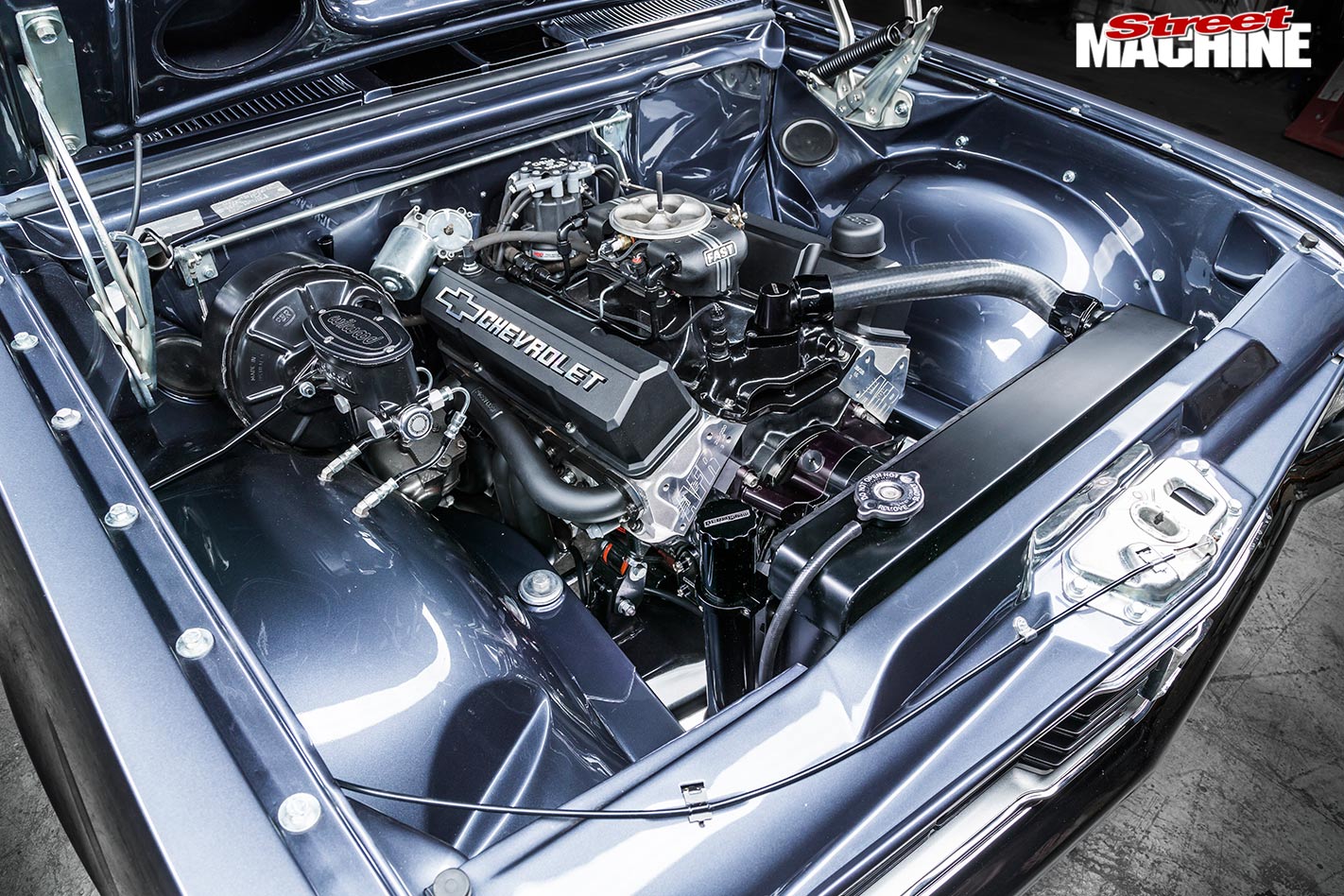 Although George would like to chuck the Monaro down the quarter for a laugh, he built the car to cruise. Zoran at Competition Engines screwed together a tidy combo using a brand-new Dart block, AFR heads, a Comp Cams hydraulic-roller cam, SRP forgies and I-Beam conrods rotating a Scat 4340 crank 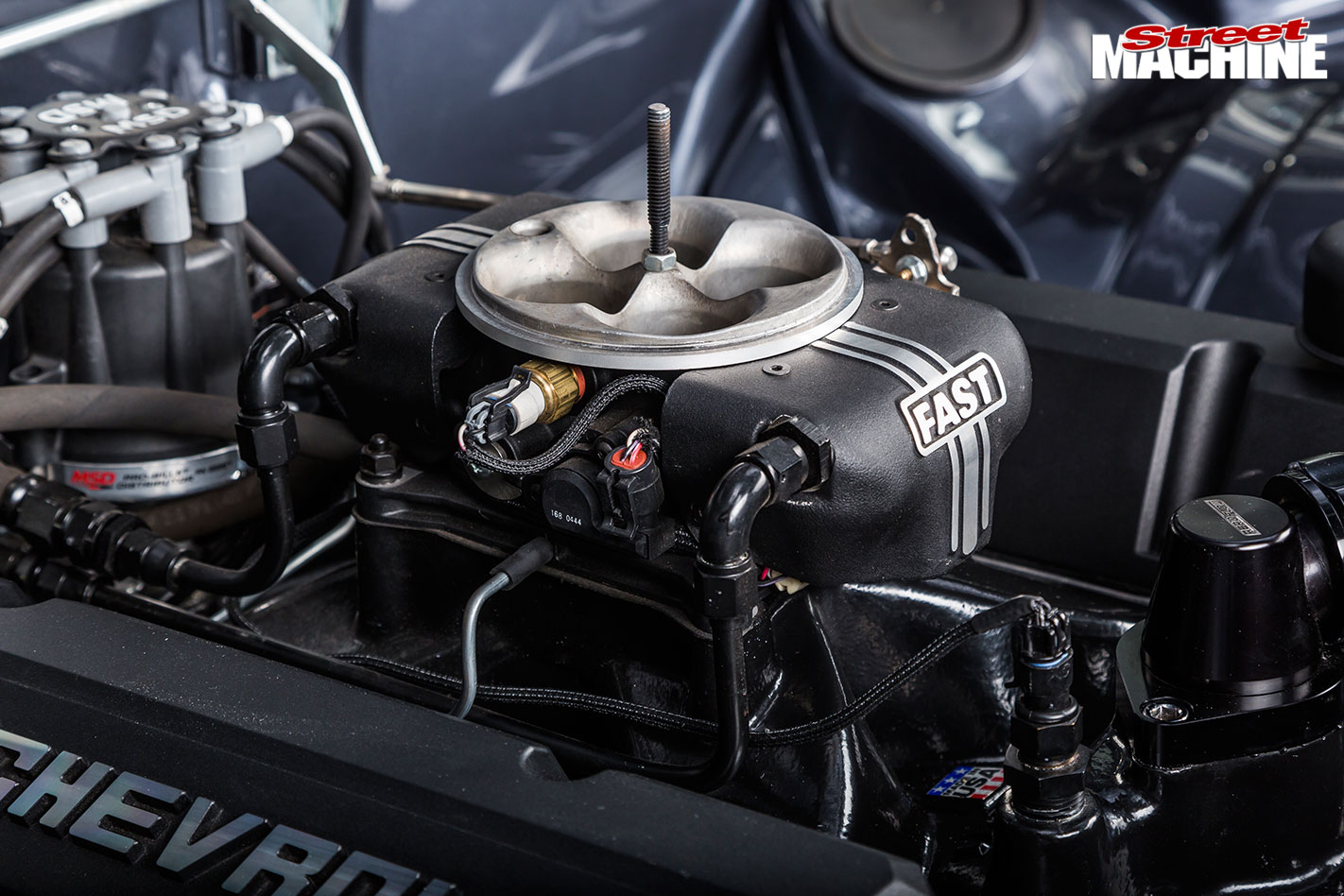 Zoran removed the old 186S, dummy-fitting a Dart block and all-new running gear to the tired ’T, before stripping it completely and delivering it to Vito at Polo Body Works as a bare shell.

“Vito is a top bloke to deal with; real down-to-earth,” George says. “Even now when I’m nearby, I still drop in to say g’day.” 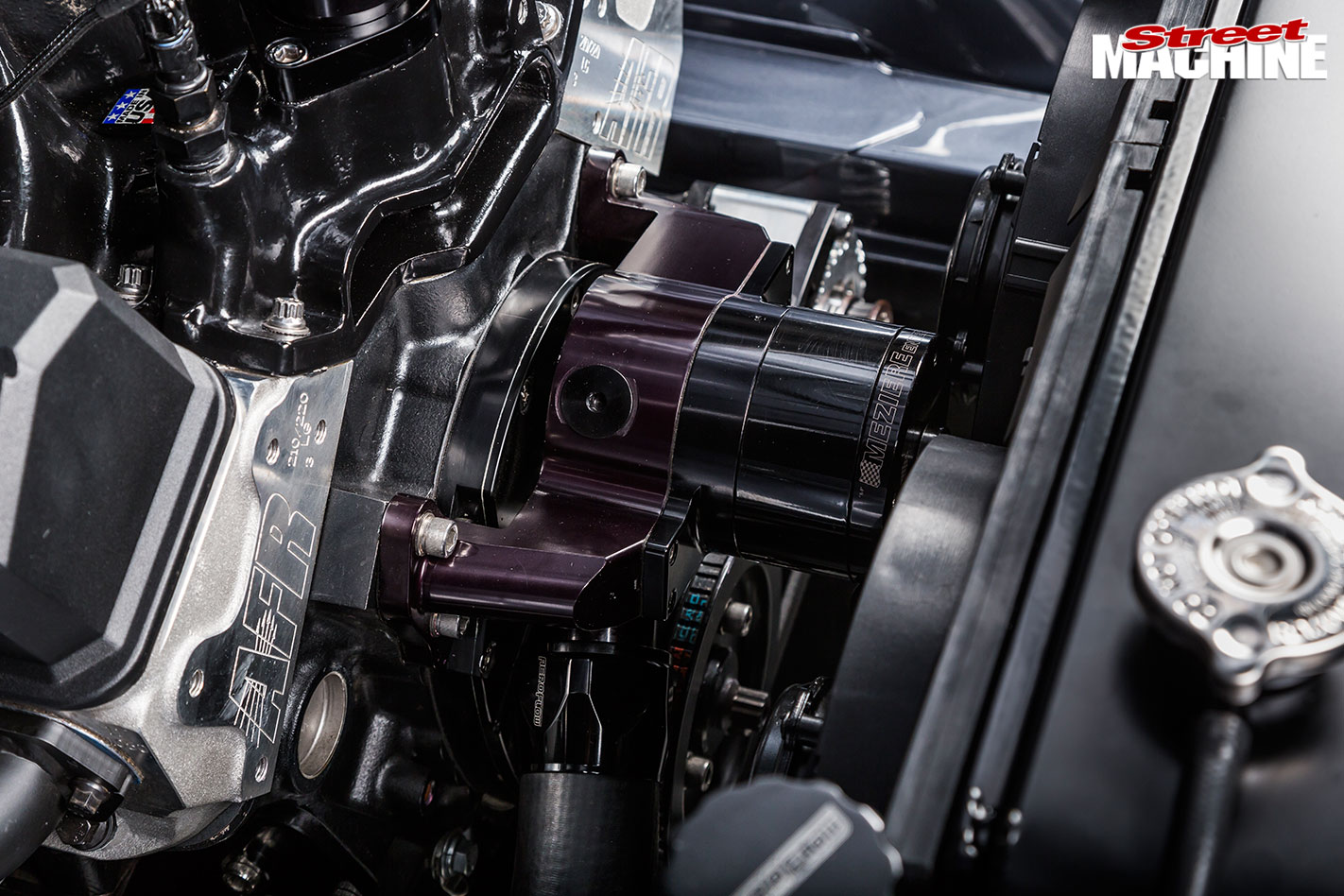 Vito may be chill, but he needed some gear out of George to ensure the build was of the quality they were both expecting.

“Some of the repro stuff just wasn’t quite right, so I had to source second-hand gear,” George explains. “The right-hand guard was swiss cheese, so I bought another one. Vito reckons I found the best Monaro guard left in the country!” 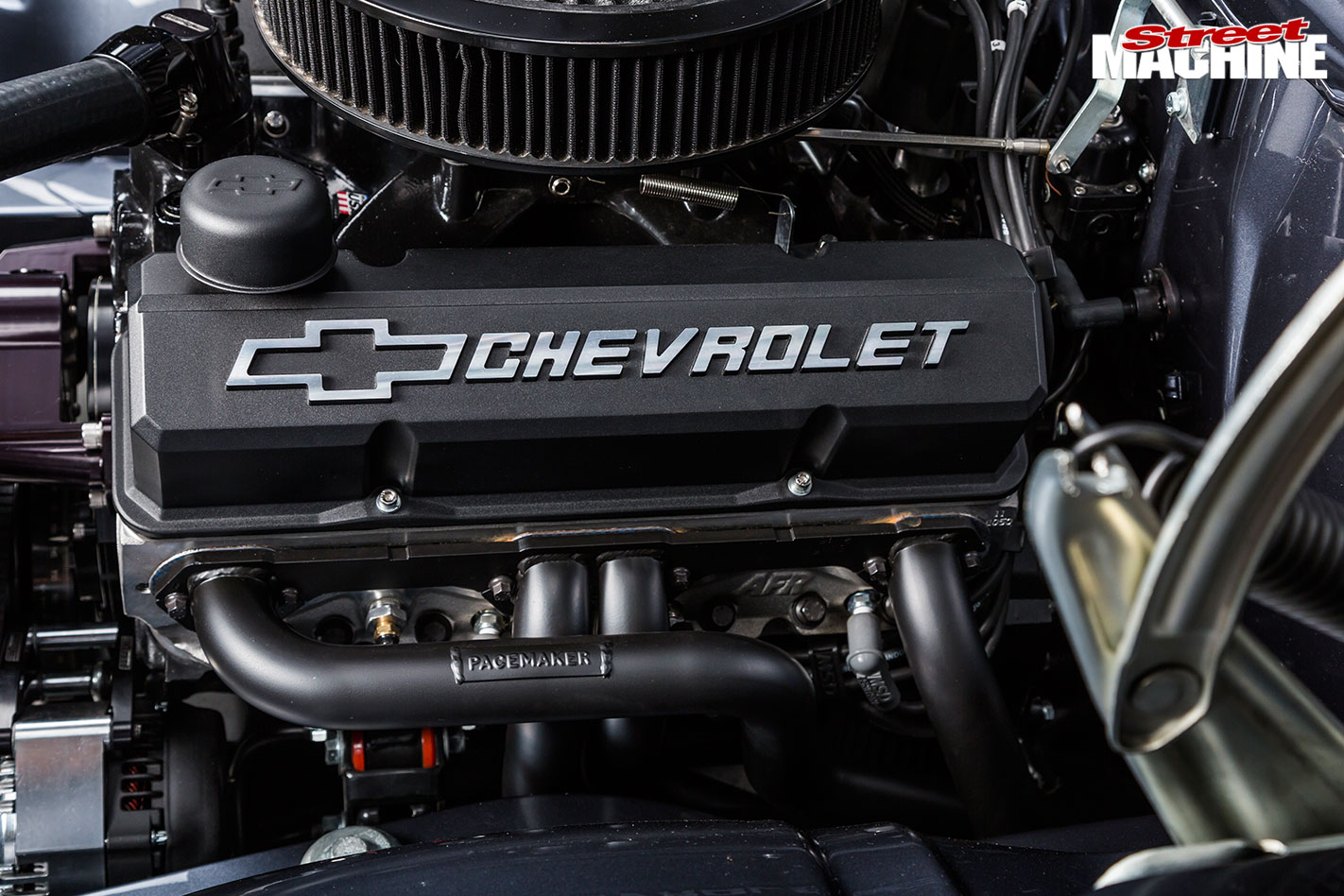 Although angry mobs were assembled and pitchforks raised at the prospect of George modding the HT, he isn’t a total animal; body-wise, the only real deviation from standard are the mini-tubs.

“I’ve seen some tubs that look like a massacre back there,” he laughs. Instead, he requested something more subtle, shifting the standard wells inboard and welding in a filler strip. “They call them ‘Band-Aid’ mini-tubs; even before I fitted out the boot, you couldn’t tell they were there.” 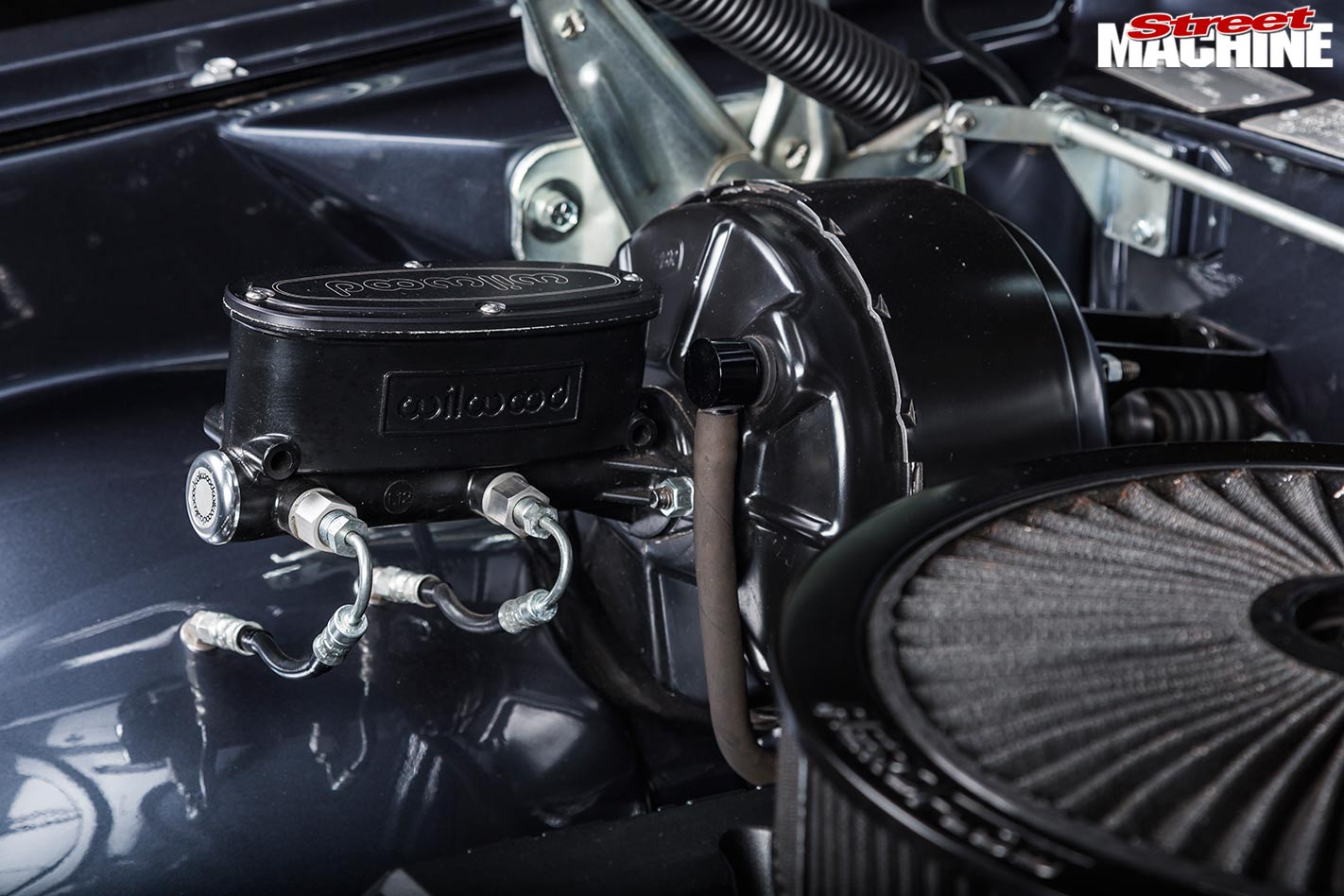 Vito smoothed off the aerial hole on top of the left-hand guard, sealed off any unnecessary gaps in the engine bay and readied the body for paint. That lustrous sheen is the result of nine coats of PPG Tenorite Grey and plenty of clear applied over a die-straight body. How straight? Just look at Chris Thorogood’s photographs taken along the coast. The horizon is straighter when reflected in the flanks of George’s Monaro than it is in real life! 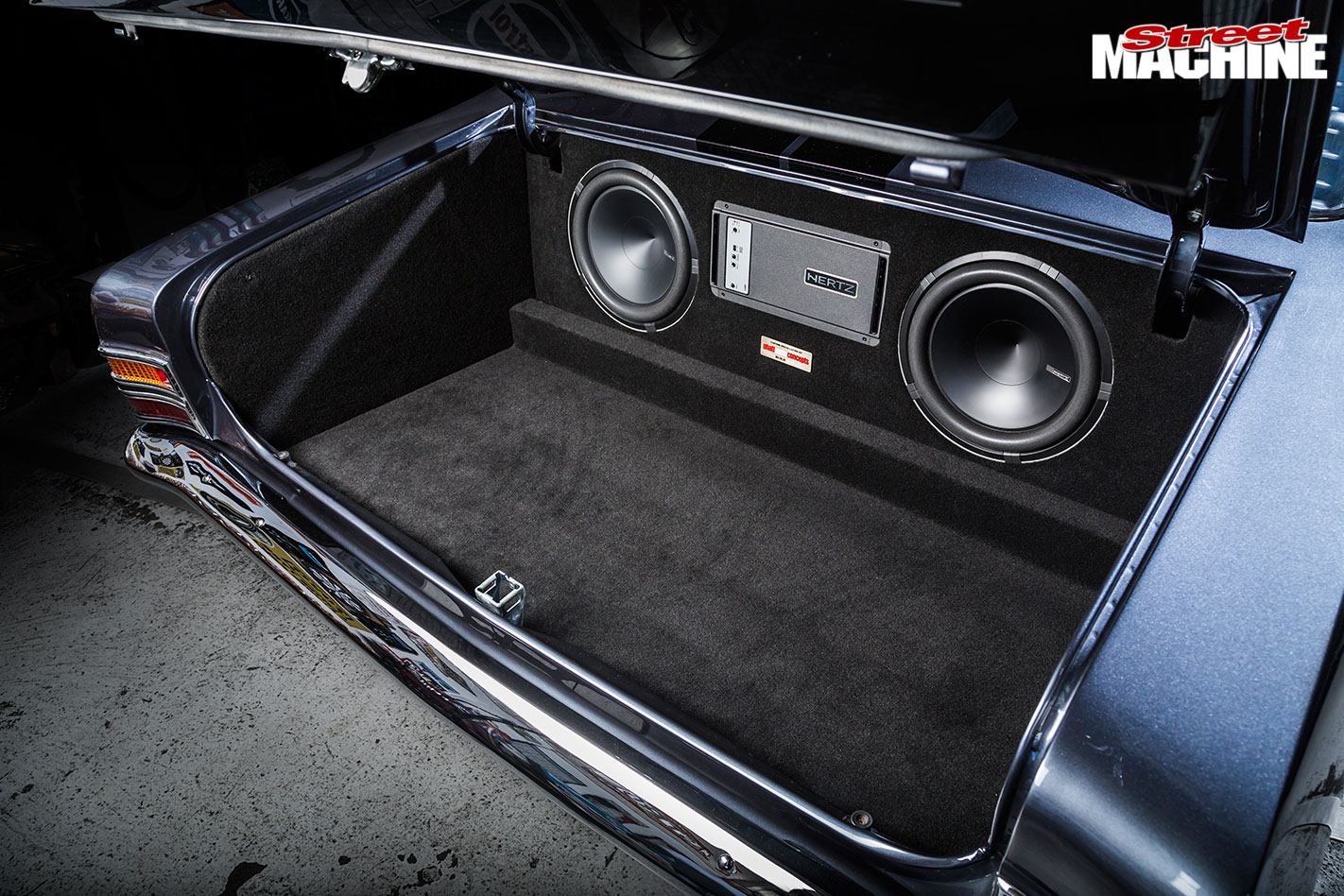 Knowing that the body was only a couple of months away from completion, Zoran at Competition Engines started screwing together a small-block Chev that matched George’s brief. 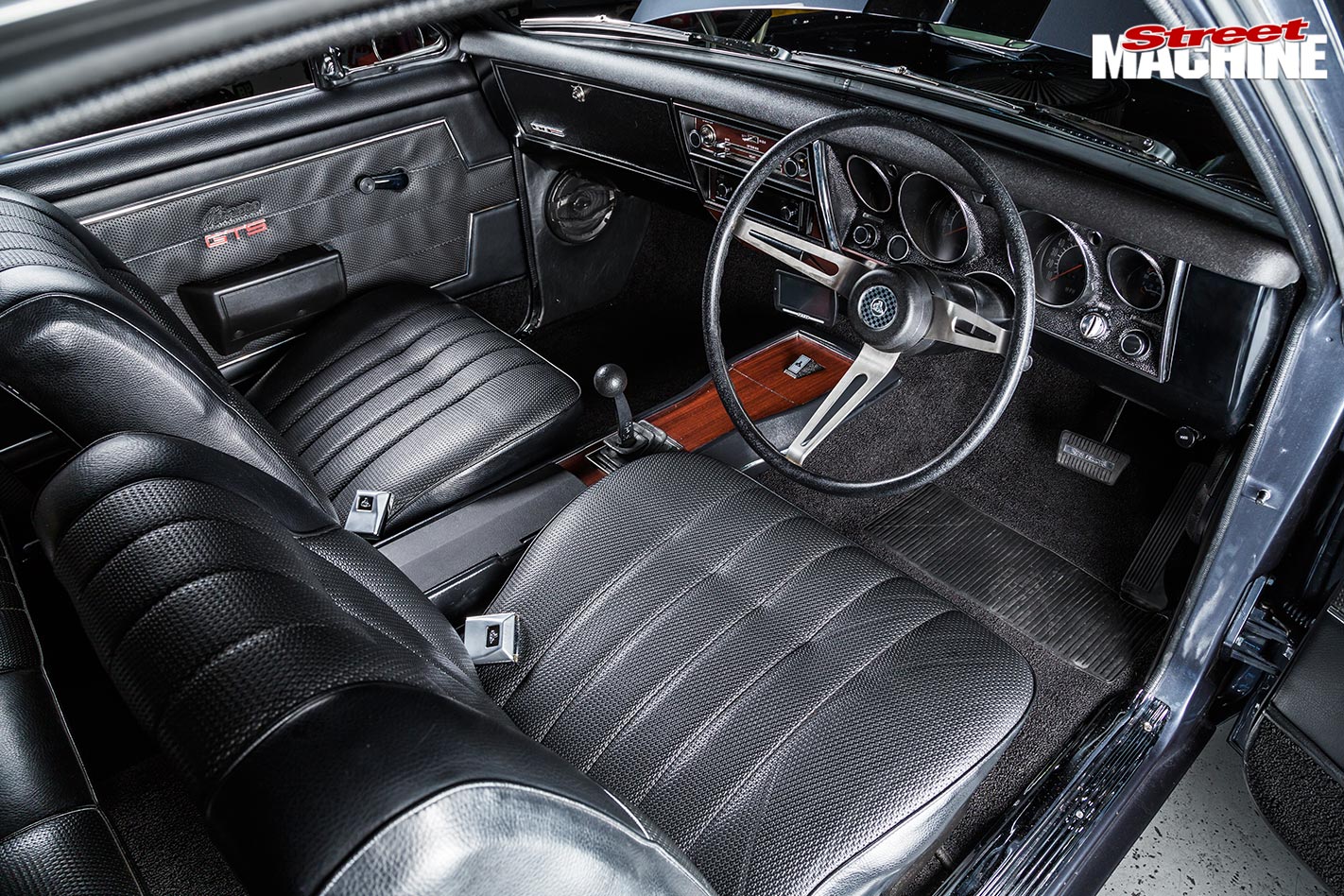 There’s not much of a story to tell about the interior – or is there? “This is the interior that came with the car,” George laughs. “We did the carpet, but the seats had been done back in the day.” George considered re-doing everything and going for the classic red vinyl, but realised it wouldn’t suit the look he was after

Zoran matched the brief perfectly, creating a stealth masterpiece topped by a FAST EZ-EFI system out of the States. 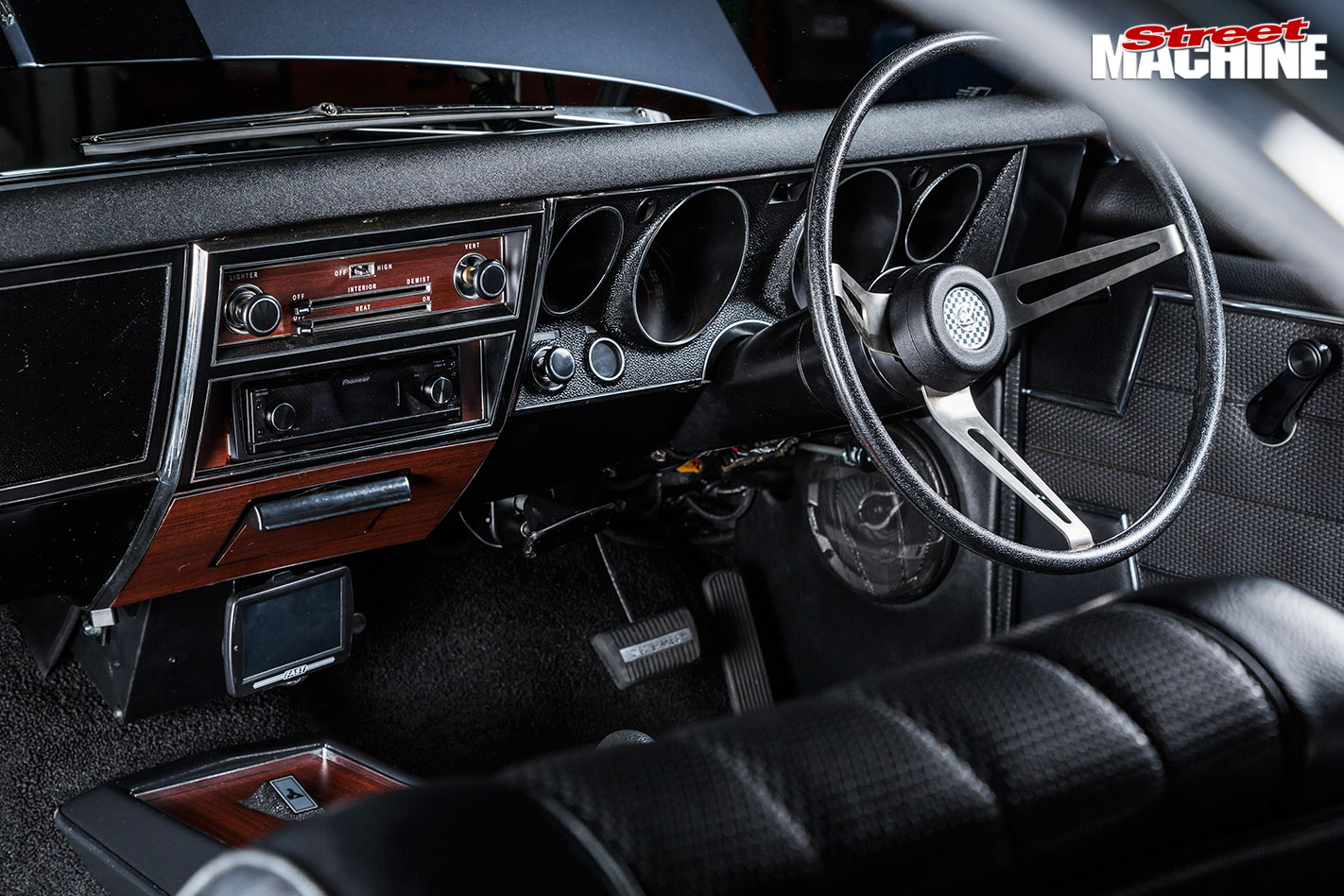 “That’s good for about 1200 horses and a nitrous kit,” George says of his overkill induction. “If I muster up the courage to put a couple of turbos on it later, this system will take the extra power.”

Forward planning is everything, but George is happy with the 593hp the donk has shown on the engine dyno. 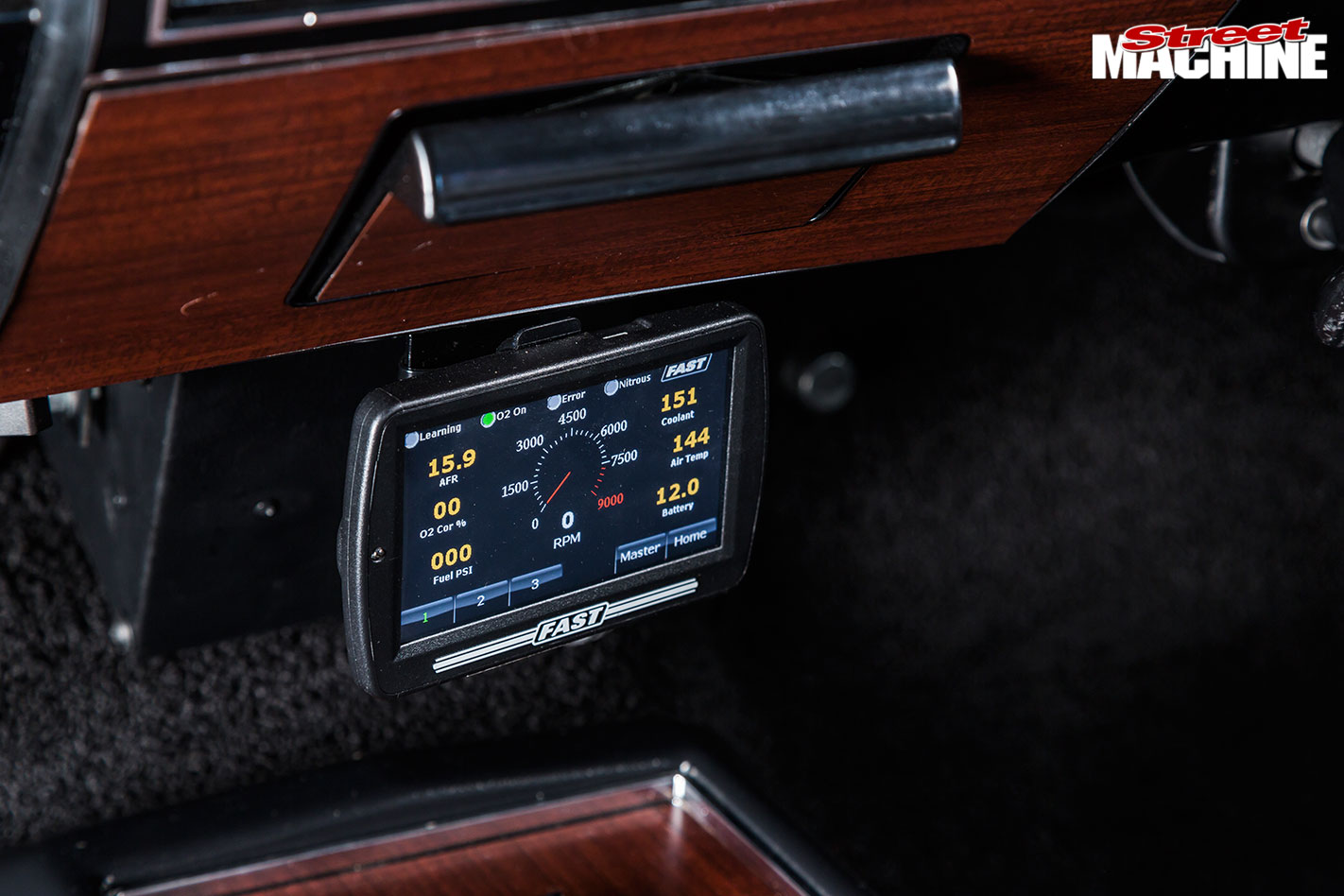 It’s not unusual for hot Monaros to be jam-packed full of aftermarket gauges, but George’s HT eschews such adornments. In their place is a touchscreen supplied by FAST as part of the EZ-EFI 2.0 self-tuning fuel injection system, with read-outs for important stuff like revs, coolant temp, air temp and battery volts, among others

“I wanted to take it down the quarter as soon as I picked it up, but we were still working on the tune; then the weather turned to shit. Hopefully we’ll get it to Calder this summer, just for interest’s sake.” 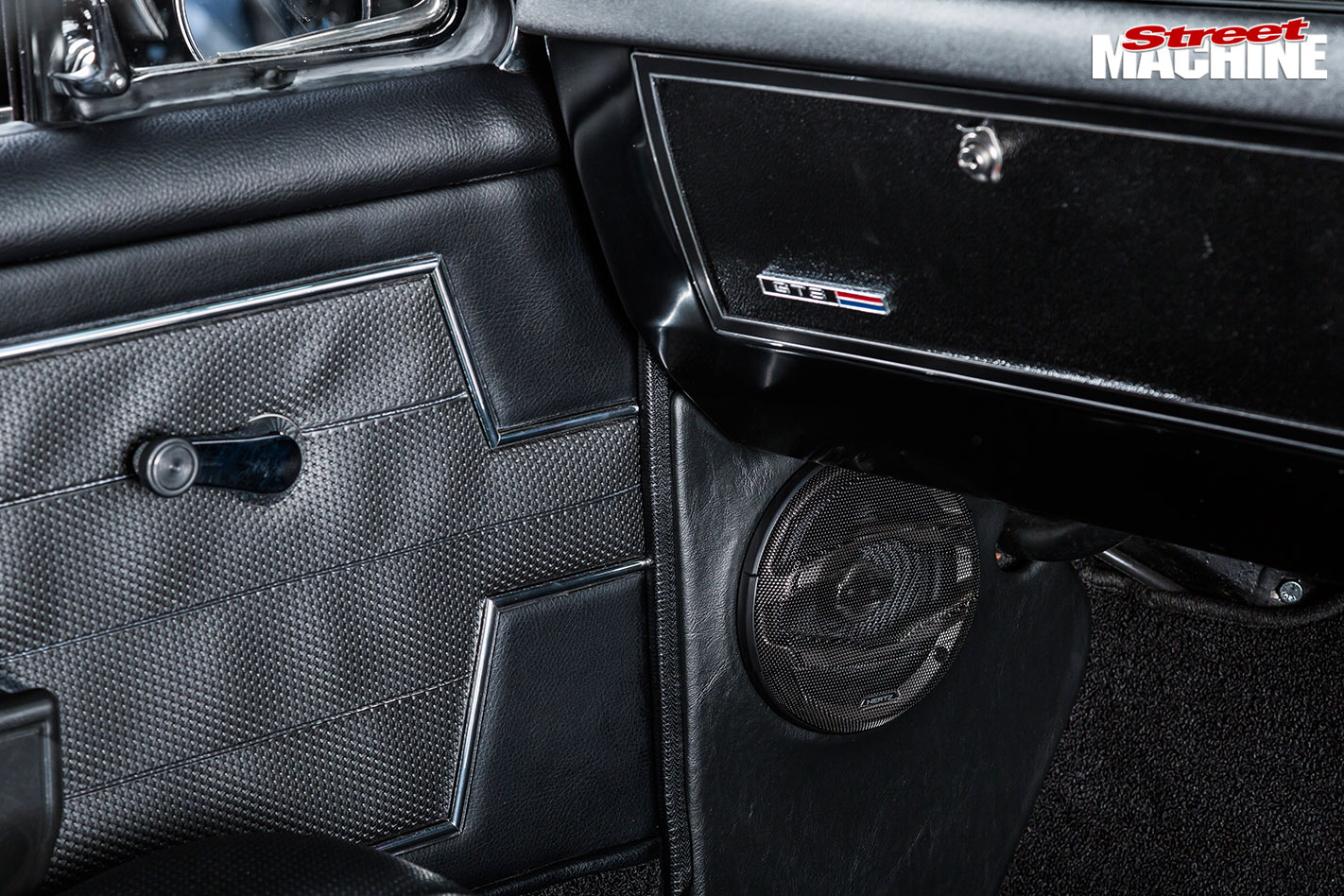 Although it’s hit a couple of shows on Zoran’s trade stand, George built the car for road duties.

“I drive it all the time; as often as I can get it out,” he says. “I was positive I didn’t want any colour in that engine bay except grey, aluminium and black, so if it gets some dirt up under there, I can give it a pressure clean and it’ll come right off.” 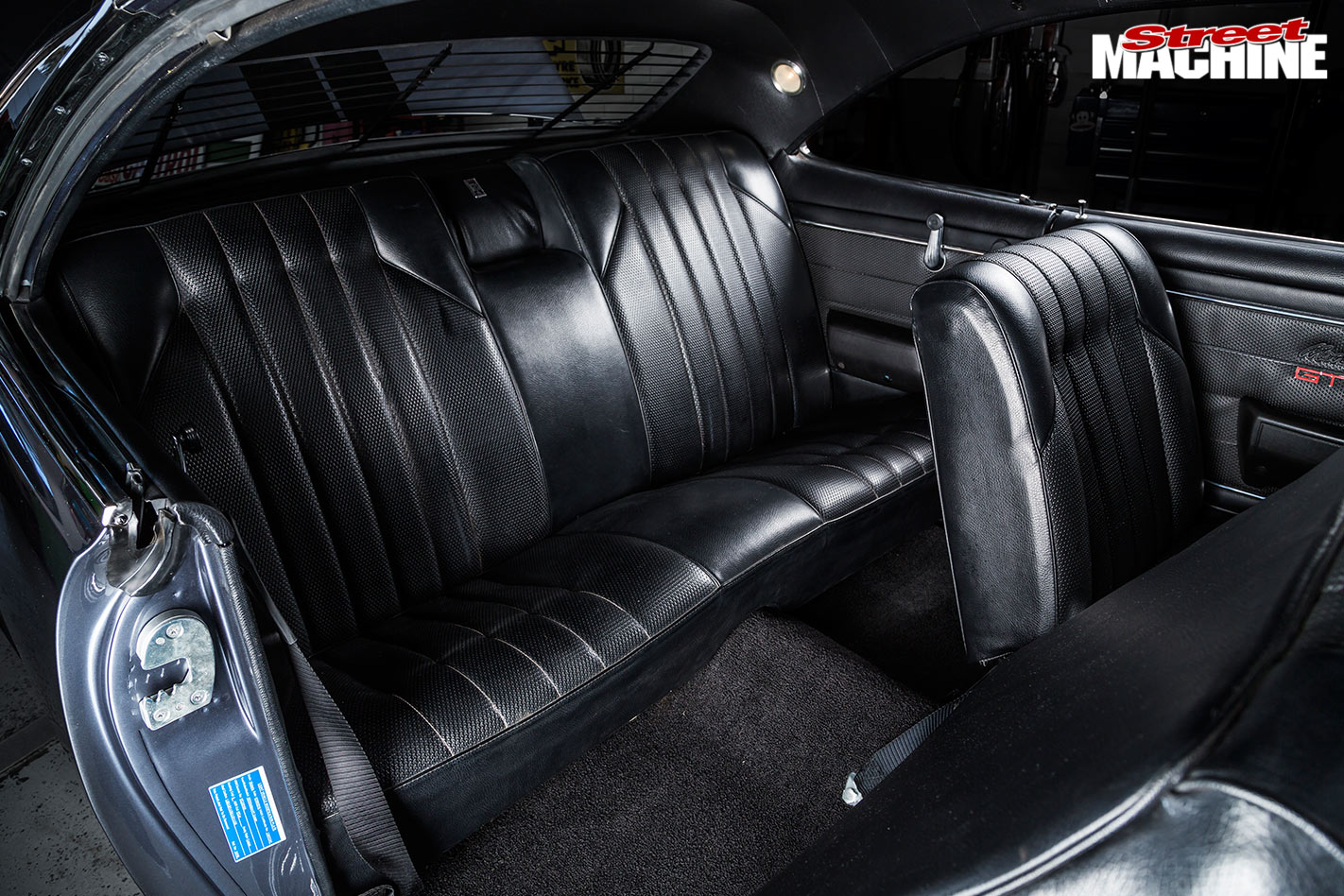 That being said, it’s not like George to run around in a dirty Munro.

“I got pulled up the other day by a Rare Spares rep,” he says. “He told me he’s seen a ton of these, but he’s never seen one as good as this!” 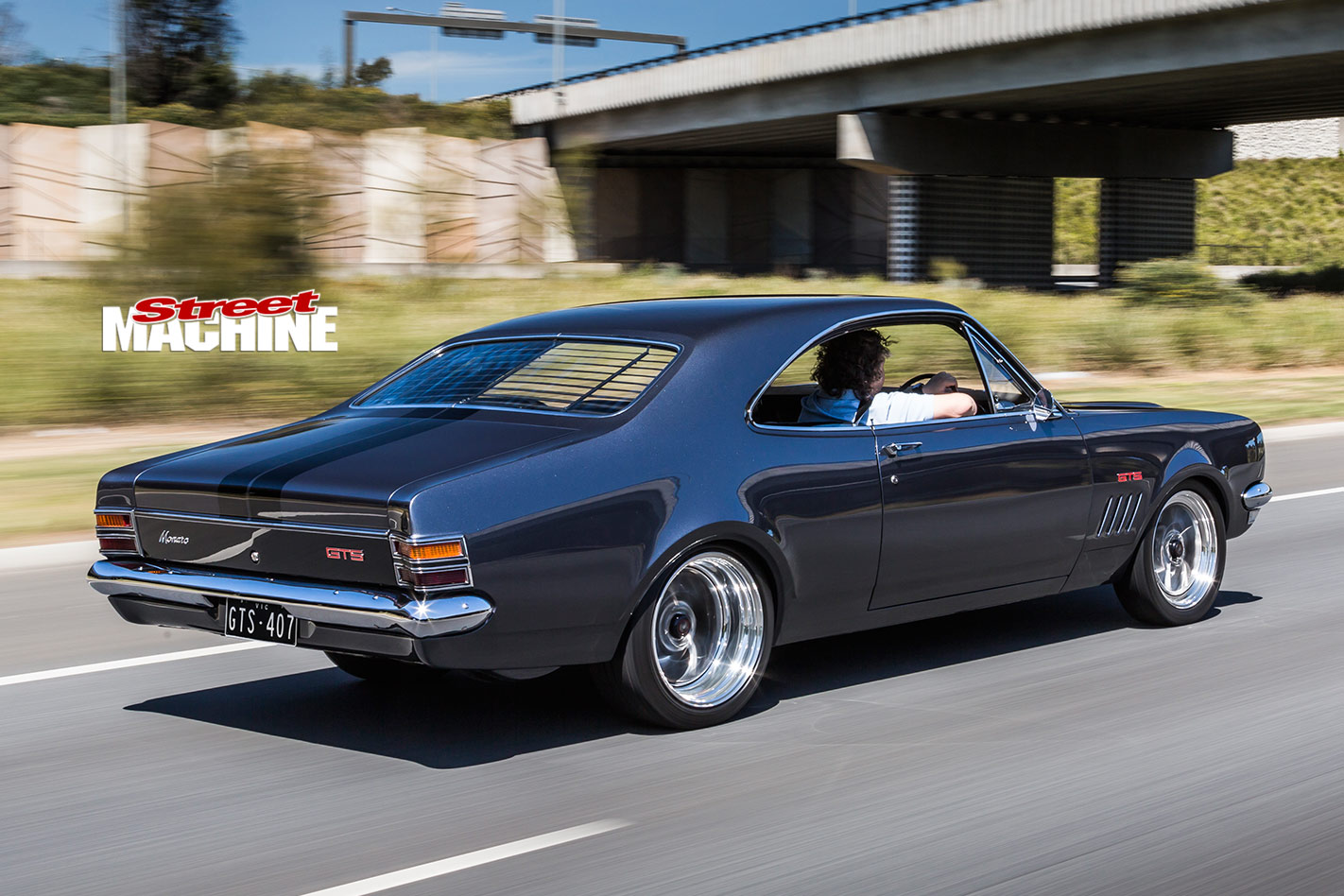