Torque Power are casting up brand new Holden blocks, and they can go out to 443ci or 510ci with their 'Big Paw' setup

HOLDEN V8s are cool, but it won’t be too long before finding a good block is going to be harder than finding a floppy disk drive. Enter Craig Bennett from Torque-Power; he’s casting up brand new Holden blocks with a few oil system tweaks to make them even better.

“We can do lots of different options with these for the same price – bigger cam bearings, bigger lift diameter, bigger bores,” Craig says. “We’ve also fixed the problems with the factory block such as bore thickness, deck thickness and the oiling system.” Craig caters for a whole range of customers, but he makes no bones about the fact that the majority of his products are geared towards the high-end user. 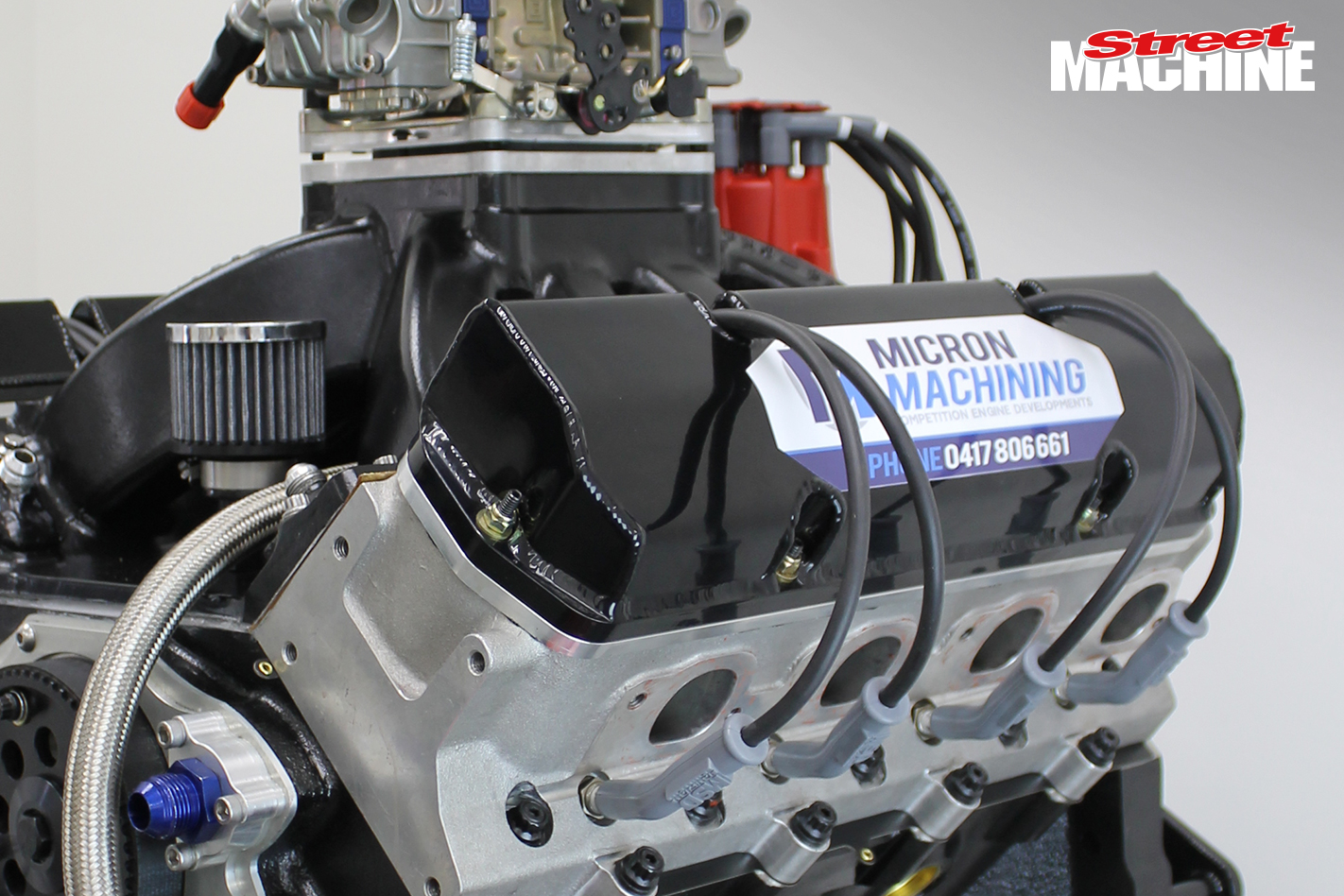 Torque-Power’s Little Paw combo can go out to 443ci, and if that’s not enough there’s also the Big Paw which can go out to 510 cubes. This particular engine didn’t need to use the full capacity so Craig chose 400 cubes as his benchmark, using a Little Paw block with a bore of 4.125in and a 3.75in stroke. A billet crank, Oliver rods and 13:1 CP pistons fill out the bottom end, with a belt-driven 260@0.050 solid-roller cam spinning inside 50mm roller cam bearings. With 0.750in lift, it’s not a baby bumpstick, but it’s not the biggest we’ve ever seen either. Larger-diameter Crower 0.904in roller lifters have been used in the interest of reliability – the large diameter allows for a bigger roller to help spread the load on the roller’s bearings and shaft.

Up top, the engine runs a pair of Torque-Power’s TP 230cc CNC-ported heads. They’re a six-bolt design that flow 366cfm at 0.750in lift thanks to 2.15in intake valves (1.625in on the exhaust). Add some ⅜in heavy-wall pushrods and Torque-Power’s own-design T&D rockers and you start to get the picture that this isn’t your average Holden donk. 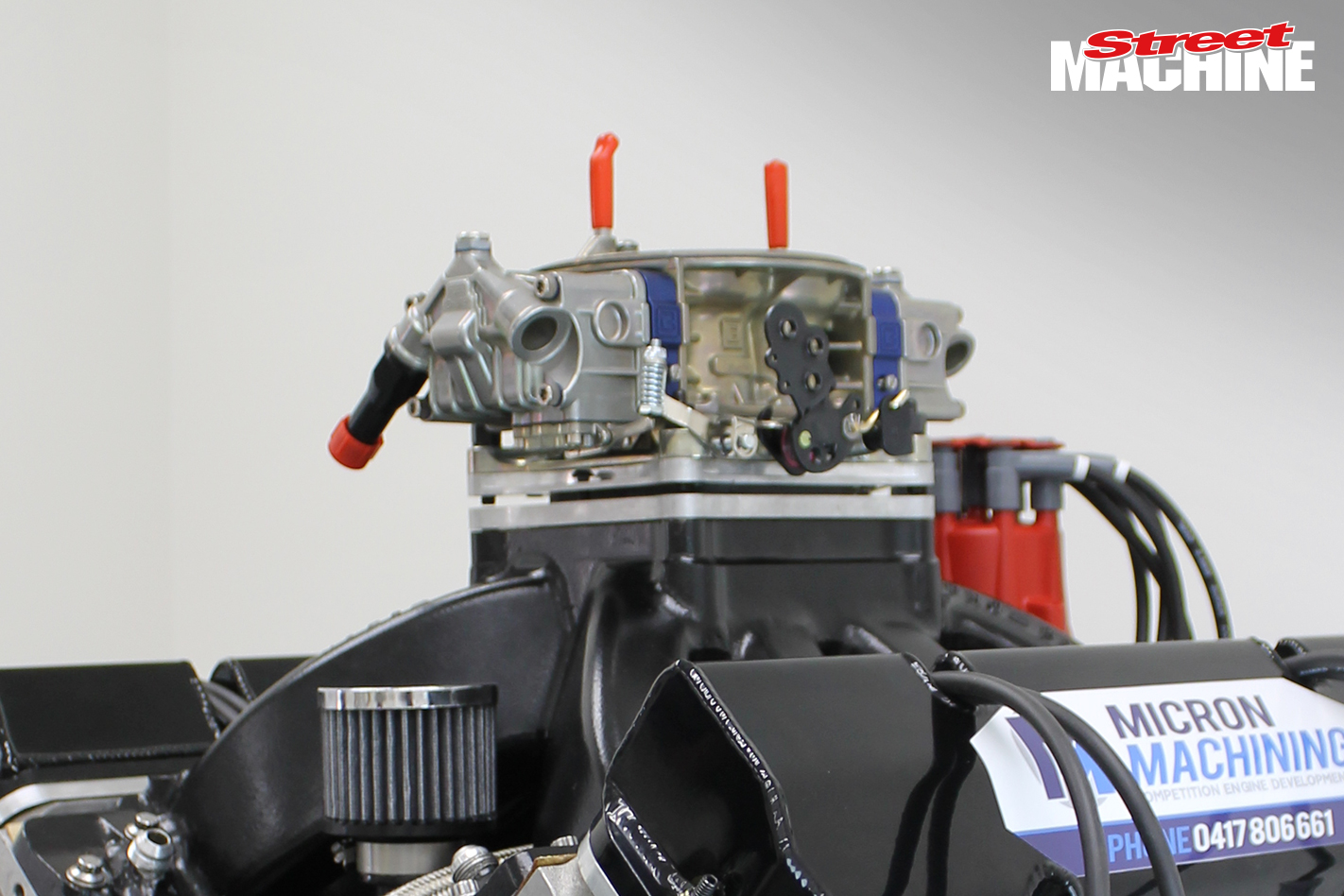 There’s no EFI or fancy technology topping the engine, just a Torque-Power Pro Paw intake with a 950cfm Braswell carby for the induction, with MSD handling the ignition. On the Micron Competition Engines dyno the donk made 780hp at 7800rpm and 571lb-ft at 5700rpm, which is pretty damn close to 2hp per cubic inch.

“This particular engine was built to perform best between 4000-8000rpm for circuit racing, and it is going into a Torana hatch in New Zealand for their Muscle Car class. I’ve actually got another five or six to do for that class,” Craig says. “I love Holden V8s,” he continues. “I love their firing order, the valve angle and their shallow combustion chambers, but you can’t fix the deck or bore thickness and oiling issues in the standard block. That’s why I make these; they’re stronger than your generic Dart block, but for Holden V8.”