It's not unusual for gearheads to become obsessed by a model of car, or even a particular part. This longing could be for an HT Monaro or maybe a Trans Am front to fit to your panel van, but in Andrew ‘Macka’ McDonald’s case, it was for a pair of, er, cylinder heads.

“Back in the mid-90s I spied a pair of blue-plug W5-model cylinder heads in a Mopar Performance catalogue and it was love at first sight,” Brisbane-based Macka explains. “I just knew one day I was going to build an engine based around those.” 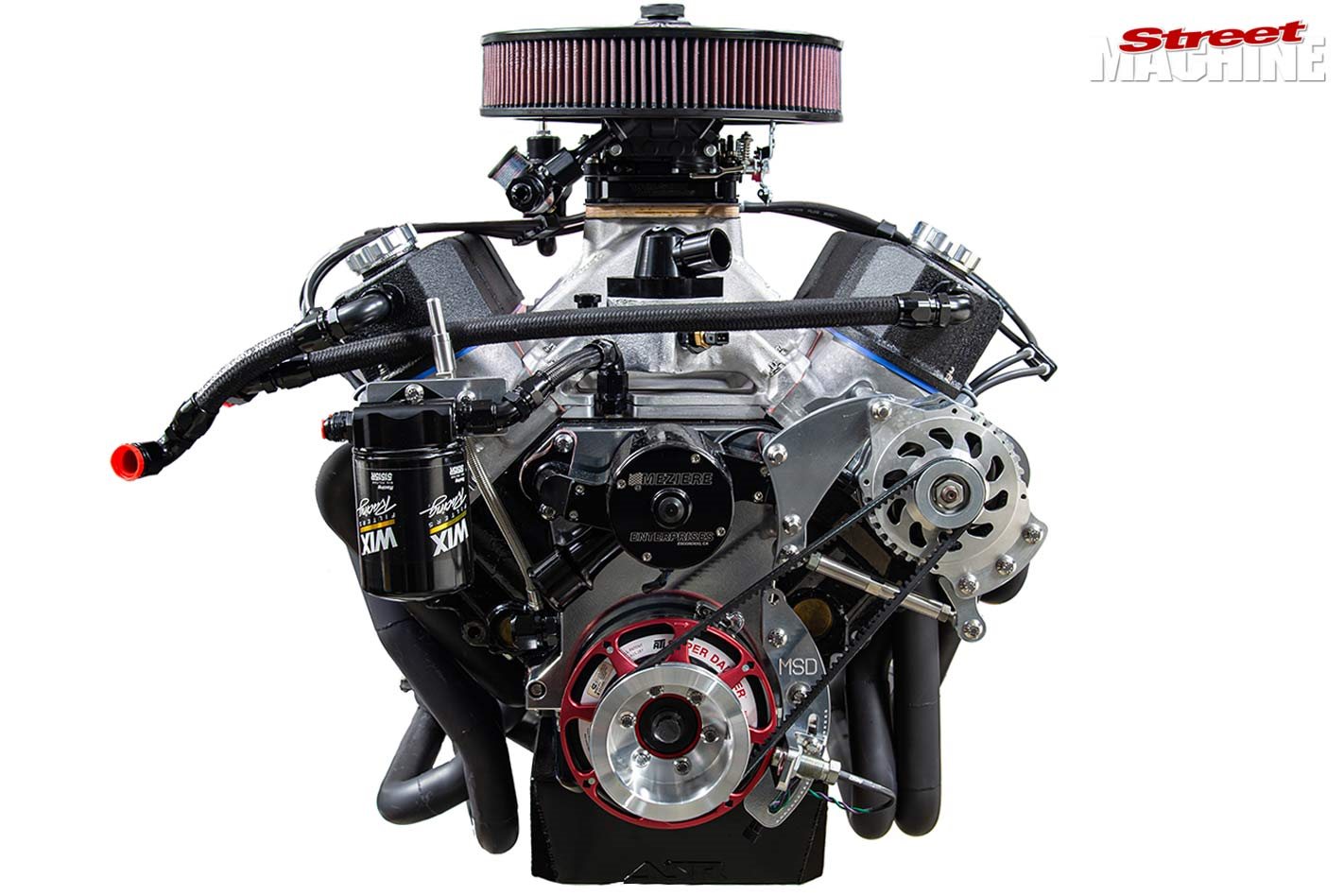 Having tinkered with a few Chrysler 360 combos in the past, Macka knew it was time to step things up and build his ultimate W5-headed package. But a lot had changed since the 90s, and Macka was happy to dive head-first into some modern options, too.

He began this journey by sourcing a spankers Mopar Performance siamese-bore, four-bolt cylinder block, which his good mate Geoff Wendell put on a serious diet, filling a four-litre container with swarf! He then filled the lightened core with a Callies DragonSlayer four-inch stroker crank, 6.250-inch Oliver conrods and CP flat-top pistons for an all-up capacity of 418ci. 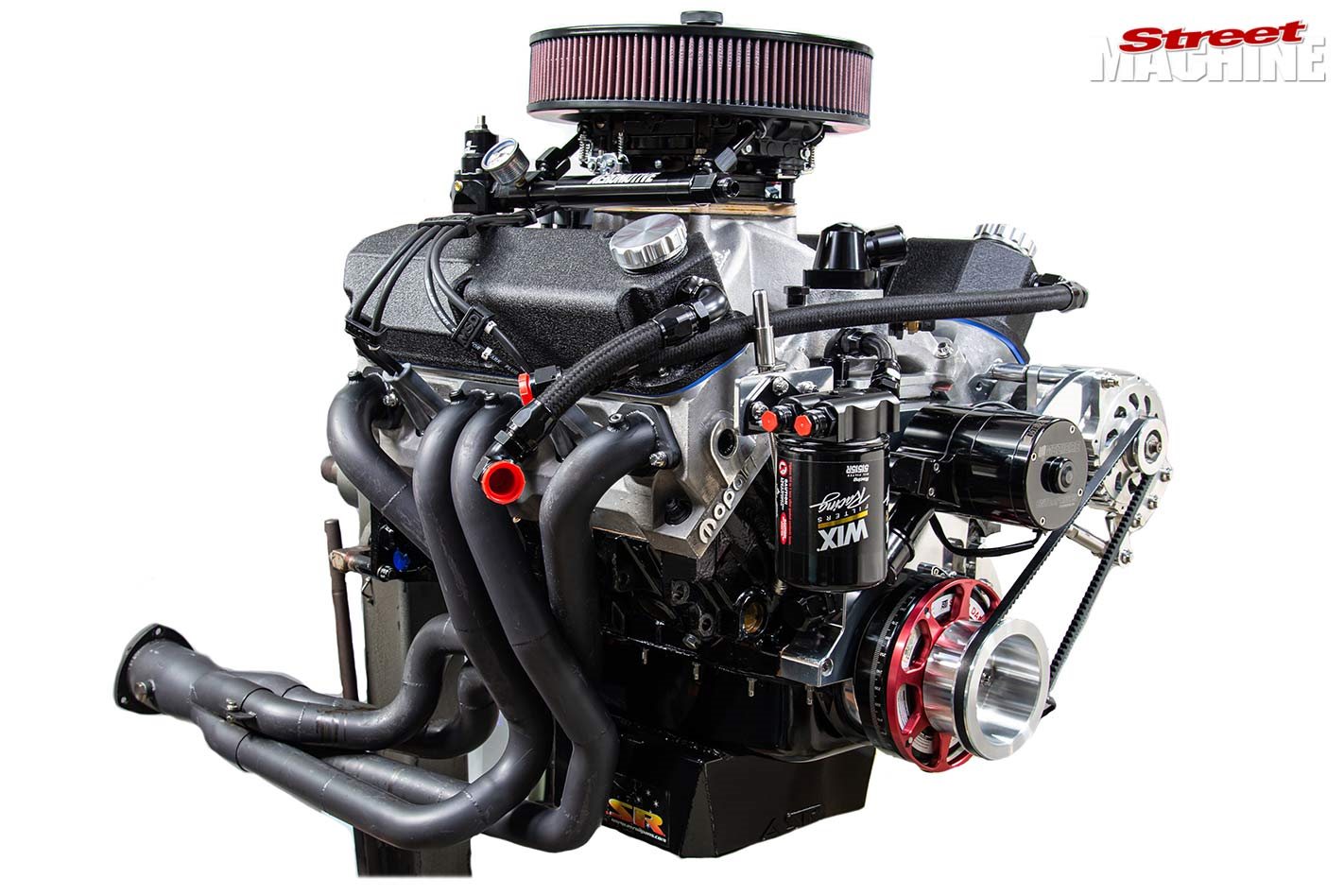 A Milodon gear drive turns a Crane solid street roller camshaft ground to 0.266/0.270@.050 duration and 0.660-inch net lift, while BAM lifters and Trend pushrods send instructions northbound to the all-important W5 alloy heads. Macka sourced a pair of the elusive W5 heads back in 2013, and they’ve been ported and fitted with Ferrea 6000 valves, PSI springs, Comp tool-steel retainers and T&D 1.6-ratio paired rockers. The intake is an Edelbrock Super Victor that had to be extensively port-matched and modified just to fit the W5s, and the plenum was opened right up to better utilise the 98 PULP-swilling Quick Fuel 950cfm carb. 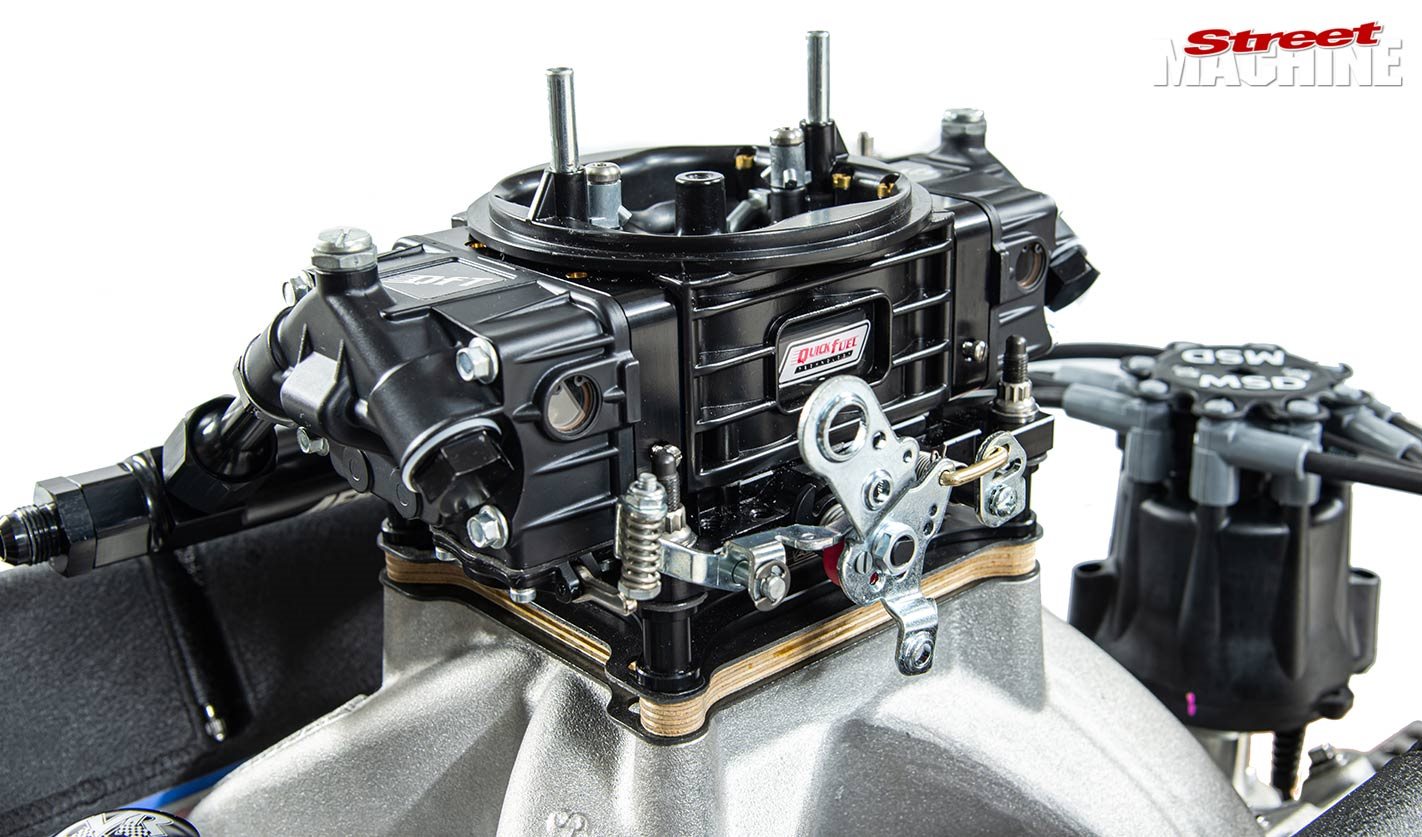 The intake was also externally modified to allow for oiling and cooling system mods, while the engine’s opposing end was sorted with a Precision high-volume oil pump and gated ASR Drag Comp sump. Custom four-into-one 17/8-inch primary headers feed into 3.5-inch merge collectors and a twin three-inch system, which, along with the aforementioned sump, allow this combo to slot into Macka’s chosen steed: a factory Super Stock-inspired, triple green VG Valiant hardtop. 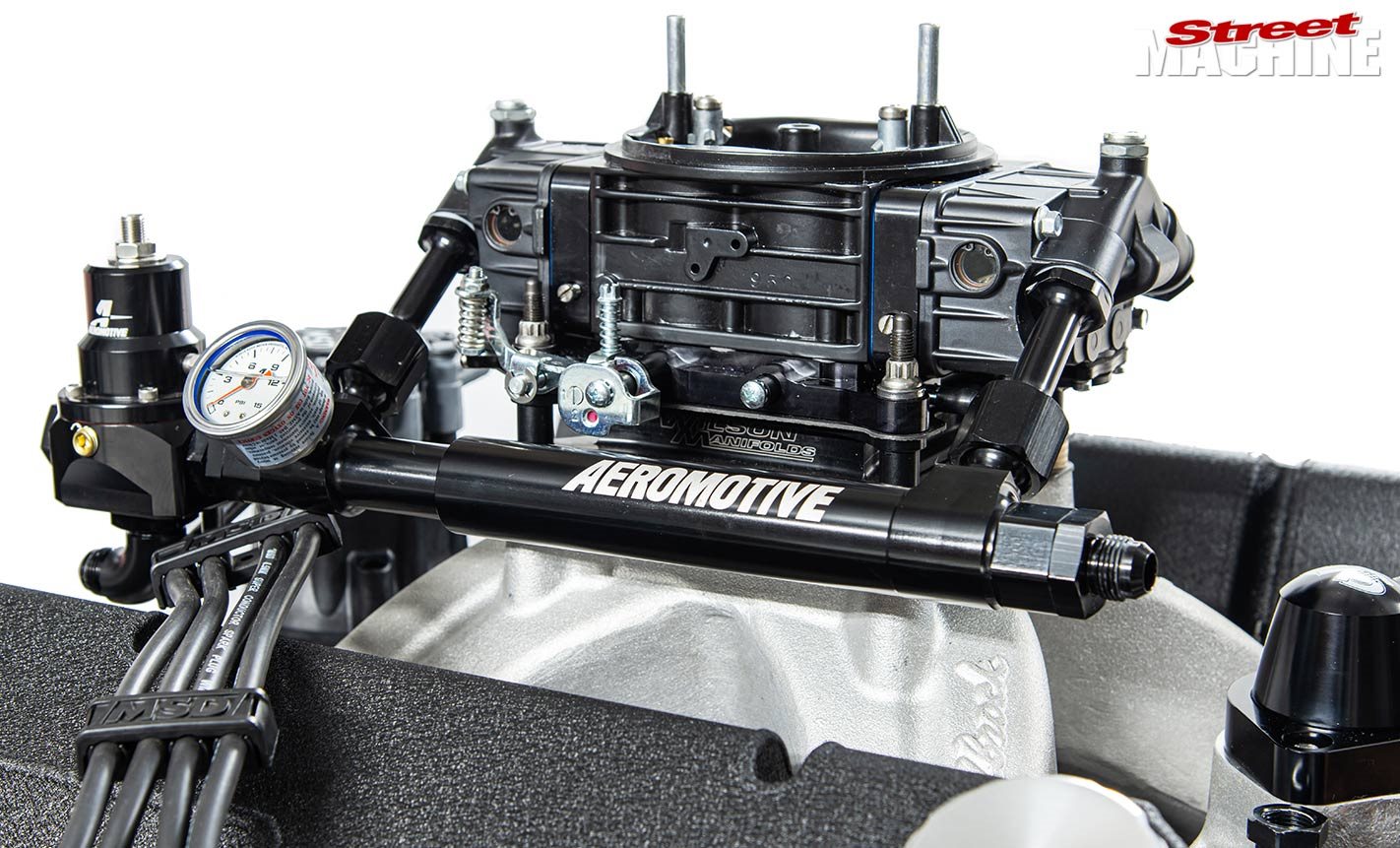 But it hasn’t all been sunshine and lollipops: “After just 40km of street use, my beloved W5s succumbed to valve seat recession, which resulted in new guides and seats, and of course more port work,” Macka laughs. “Buttoned back together it made 667hp on the engine dyno with 575lb-ft at 4800rpm before it popped the cam plug out of the block and spewed oil everywhere. So it was apart again to replace the camshaft, which had been produced without vent holes drilled into the rear journal and was pressurising the void between the plug and the cam. So yep, you wouldn’t read about it.” 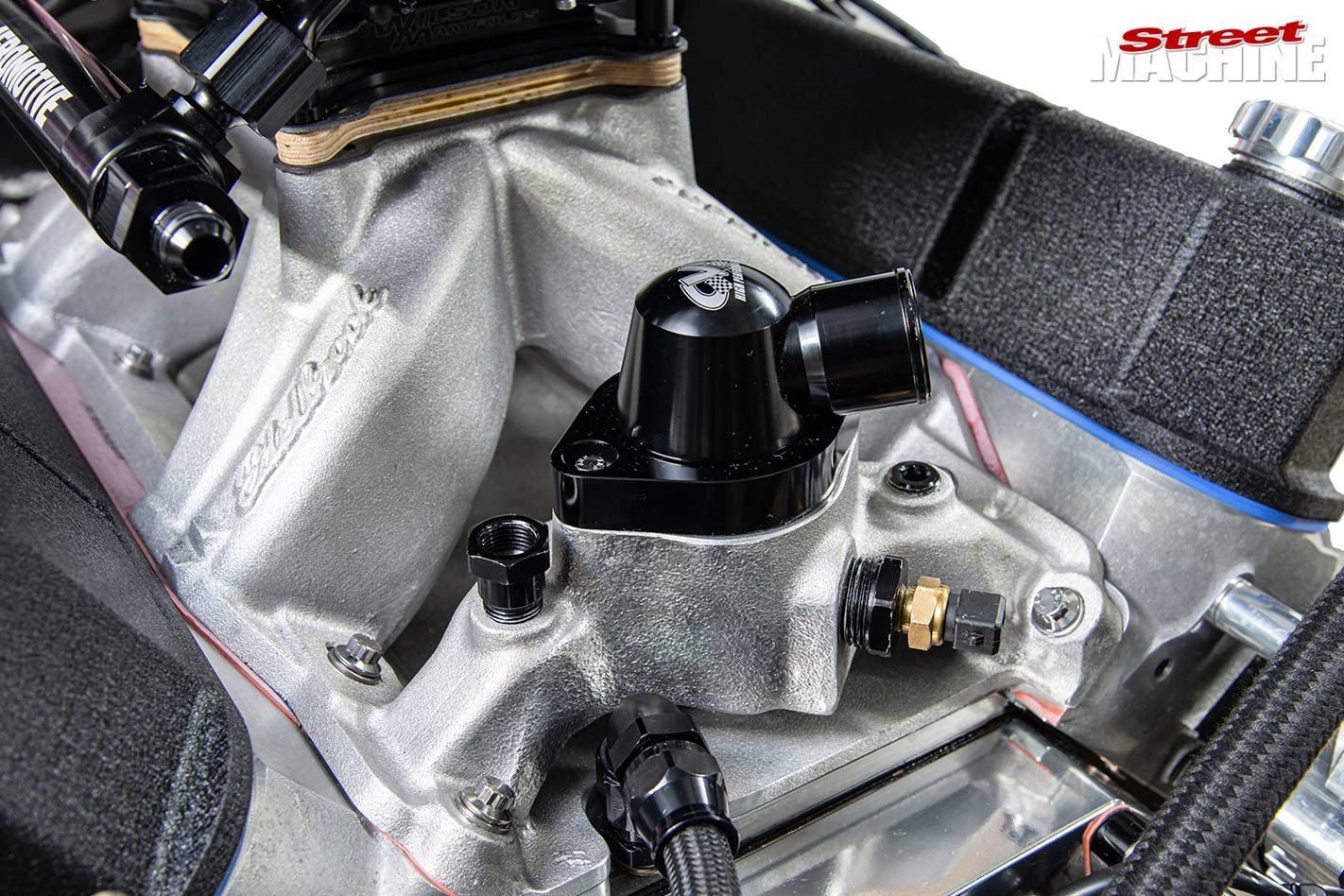 With strip time high on Macka’s priority list, for now he’ll settle for some long-overdue street cruising with wife Carol and boys Harry and Charlie. “They have been so supportive and understanding throughout this whole process and I can’t thank them enough,” he says. “I need to also say a huge thanks to Pete Murray from Horsepower Engineering, and my mum, Crew Chief Betsy, for a constant supply of bourbons when the build tested my patience.” 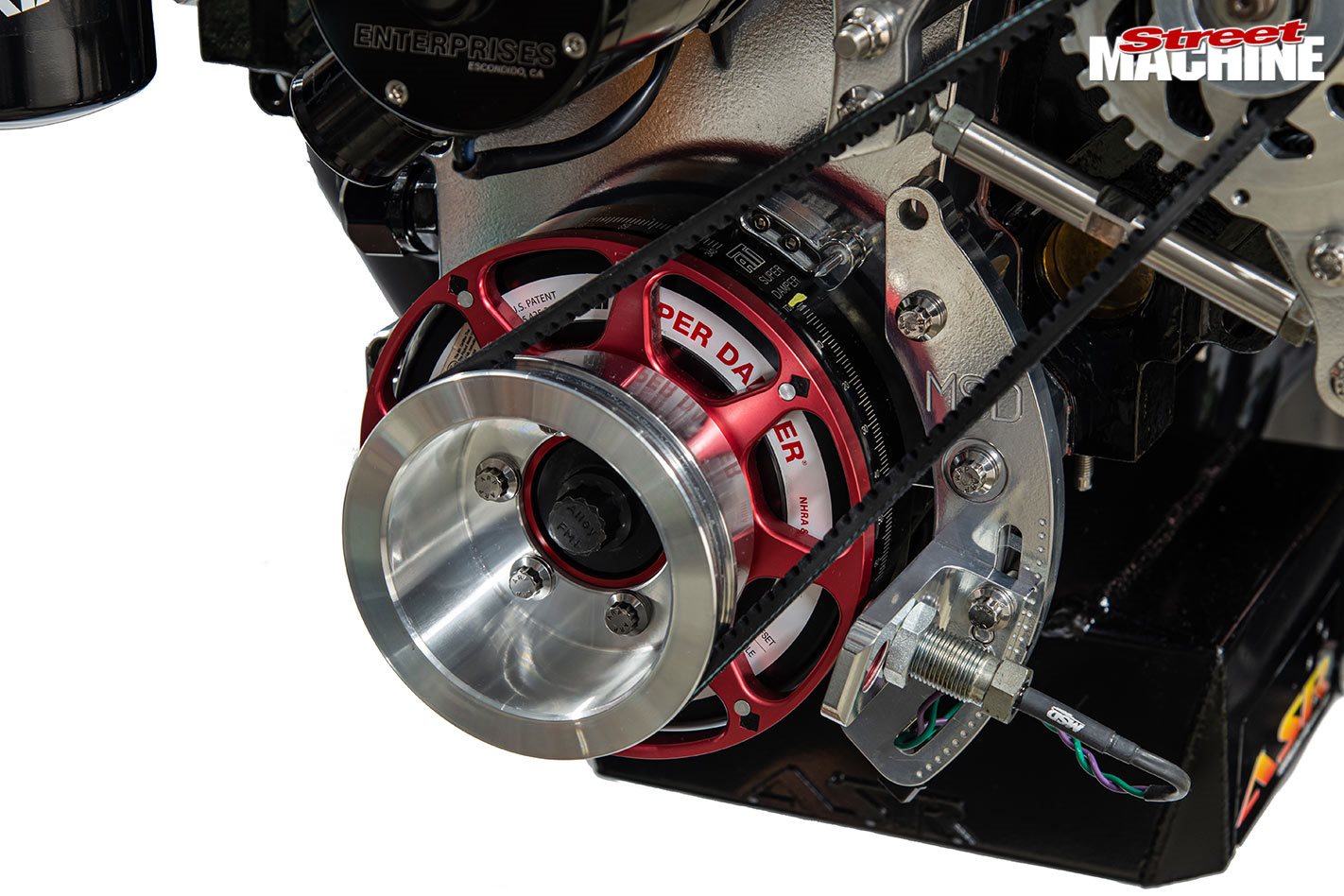 The Chrysler 360 copped a pretty rough trot in its early years, often thought of as the ‘simple’ step-brother to the revvy 340 and not worthy of performance notoriety. This wasn’t helped by Chrysler Australia strangling our 360s with a tiny 2bbl set-up, zero degrees static timing and a pea-shooter single exhaust. However, these days stroker cranks and performance bolt-ons can transform the cardiganed 360 into a force to be
reckoned with.