Running eights on the track yet still comfortable on a cruise, Matt Brame's Holden LH Torana blurs the lines between street and strip

HAVING recently run a PB of 8.93@157mph at Heathcote Park Raceway, there’s no doubting this LH Torana’s quarter-mile credentials. But unlike a lot of race cars that wear number plates but get trailered around, WHIPYA is one quick ride that sees plenty of highway miles. 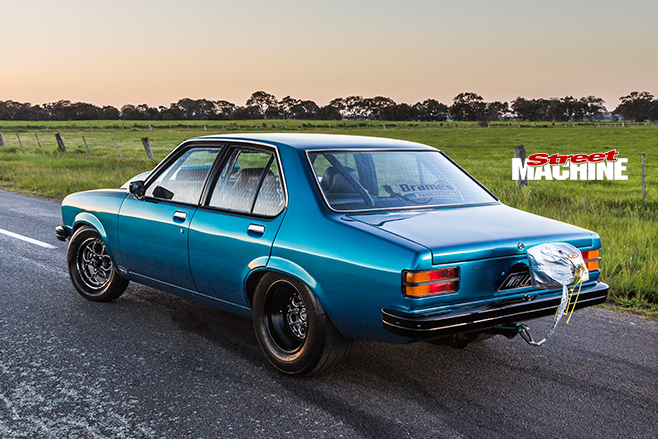 “It drives great,” says proud owner Matt Brame. “It goes everywhere. It’s awesome in traffic; it loves it! No matter how hot the day, it never runs hot. Last year for MotorEx, the missus and the two kids jumped aboard and we drove from Ballarat down to Melbourne and home again.”

Feature: How to install nitrous 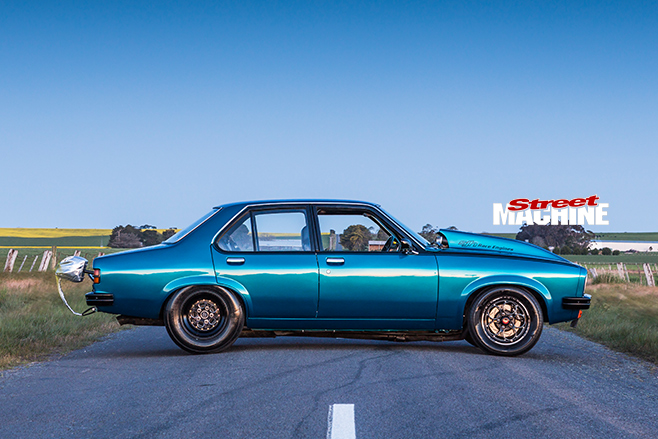 Still not convinced of its streetability? Take a look inside; other than the ’cage, shifter, tacho and ’chute lever, it’s all Holden.

“Being a street car, I didn’t want it to be in your face,” Matt says. “That’s why the ’cage is tucked in tight and painted black and not body colour.” 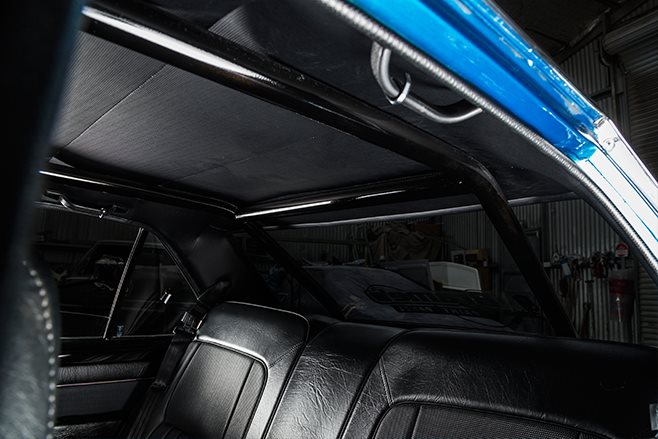 Mark from Griffs Trim Shop understood the theme, giving the retrimmed SL/R door trims and seats a fresh factory look. Matt wanted to use as much Holden stuff as possible, with Chewy from Repco Ballarat responsible for tracking down numerous such pieces. 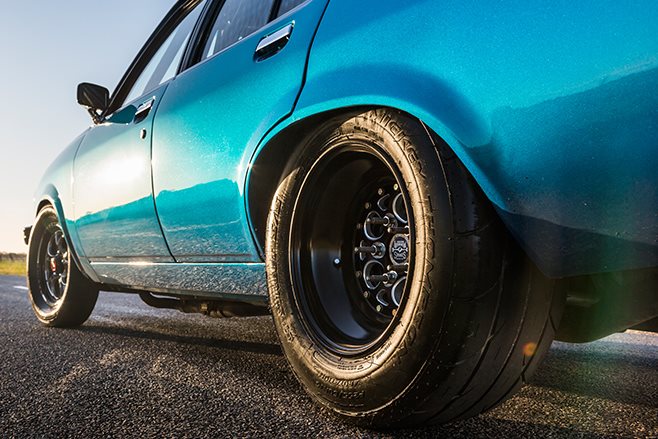 Pushing WHIPYA down the quarter at a jaw-dropping rate is a 419-cube small-block Chev built by Simon and Aaron at SJH Race Engines. It’s the second small-block they’ve built for Matt, and if you scan the spec box you’ll see it’s filled with only the best. The SJH boys burnt the midnight oil to squeeze prodigious flow out of the AFR 235cc heads, and then had a lumpy solid-roller cam custom-ground to their own specs: 278/283@50 with 680thou lift, on a 109° lobe centreline. 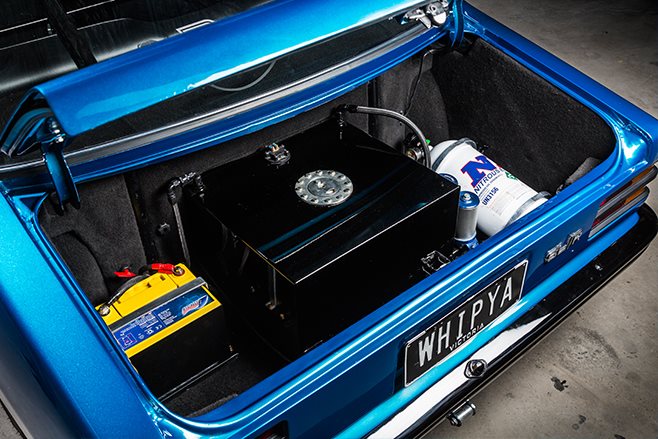 SJH supplied the vitals of the weapons-grade small-block to the guys at Pro Systems, who put together one of their 1050 carbs complete with Venom II metering blocks and jetted for E85 consumption. Between the 1050 and the ported Super Victor intake is an NX dual-stage, billet-crossbar plate nitrous system that’s good for 750 additional horses. 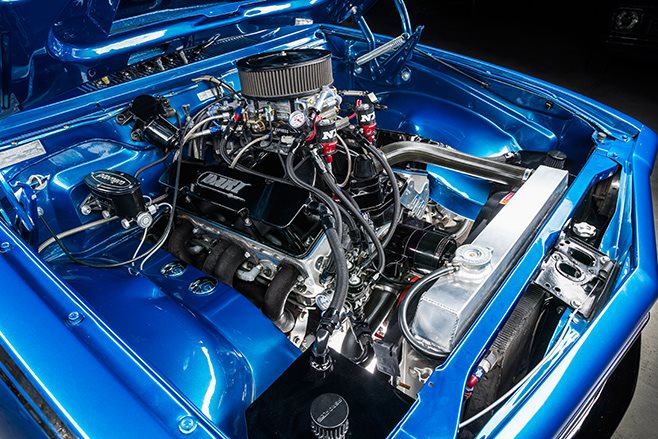 Dave and Nath from Auto Parts Professionals helped finish it all off with a host of fiddly bits, including the sea of braided hose and fittings necessitated by the complex nitrous plumbing. Duggan Balancing got the nod for all the machine work, while cam break-in and initial dyno work was undertaken at Racecomp Motorsports. 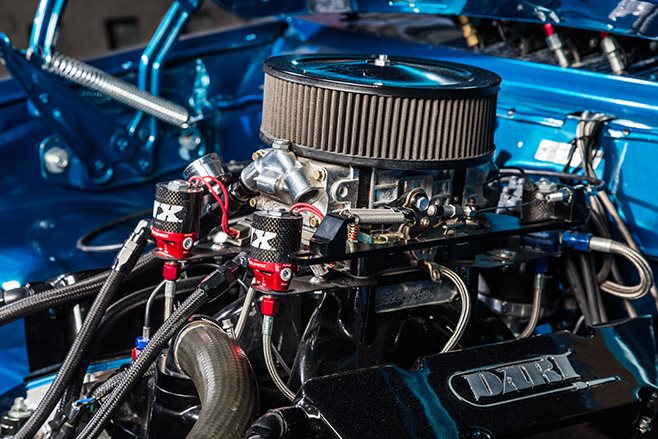 Copping the brunt of this very capable small-block is a pro-braked Powerglide by Matt DeSpirt of MDT Auto Transmissions, followed by a GJ Drivelines tailshaft and 3.50:1-equipped nine-inch. 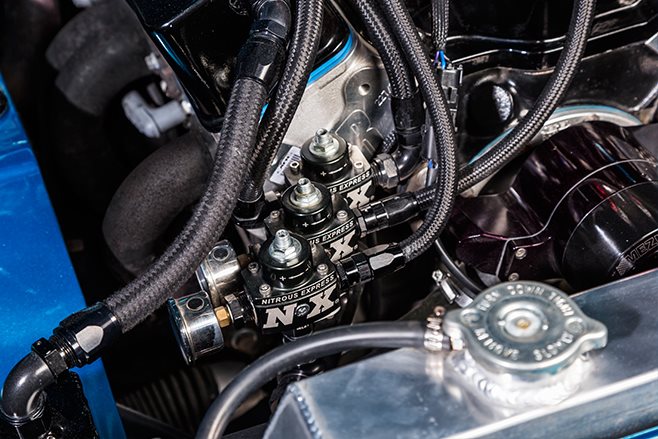 Surprisingly, there’s no fabricated four-link under the car; it’s essentially stock LH. The front has been upgraded with Pedders 90/10s and matching rears, while Lucas at Stroke Me Racing relocated the rear shocks while doing the mini-tub and ’cage installation. There are also adjustable arms and a super-thick rear sway-bar out back – now commonplace on most quick street/strip machines. 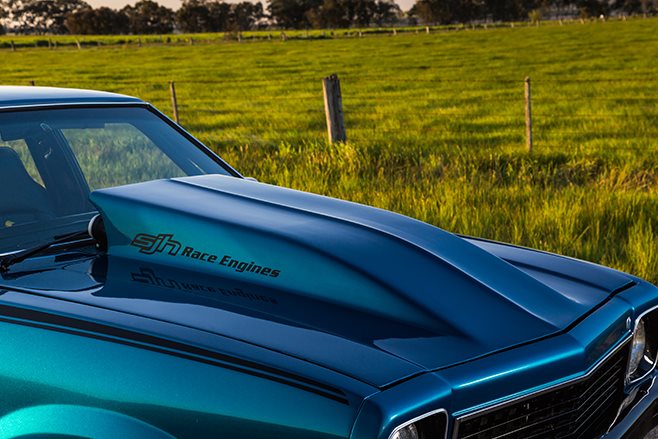 “It’s been hard running E85,” Matt says. “The motor’s been in for 18 months, but it was only two months ago that Ballarat got its first E85 servo. Before that I had to load the ute up with bulk 20-litre drums.” 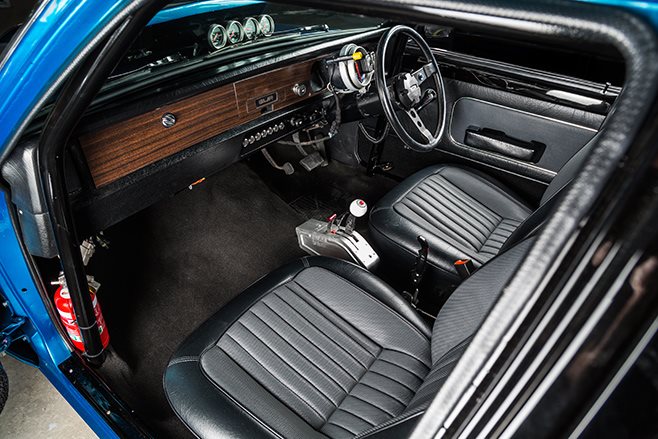 In order to drop a few kilos from the car, Matt called up Michelle and Fraser at Alfa Fibreglass and ordered up big. “Guards, nosecone, boot lid, front and rear bars, plus the bonnet complete with six-inch cowl are all ’glass,” Matt says, “which all fitted up great. 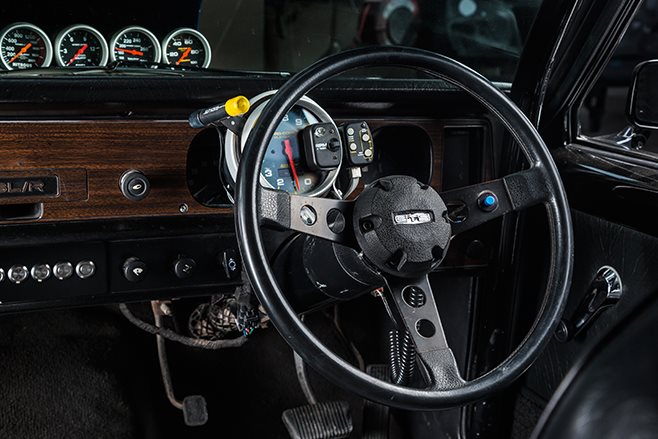 The billet switches in the centre of the dash are for the fuel pump, fans, arming the first and second stage of the nitrous, nitrous purge and transbrake

Matt is the owner of Brame’s Paint & Panel, so it’s no wonder that the paint is a major focal point of this quick Torry. The colour’s based on a Peugeot hue that Matt has tweaked considerably. “Owning your own panel shop, you get to muck around with a lot of colours, so choosing one was hard,” he says. “But I was tired of going to the drags and seeing a sea of red cars, so I spotted a similar colour to this and decided to mix my own version of it.” 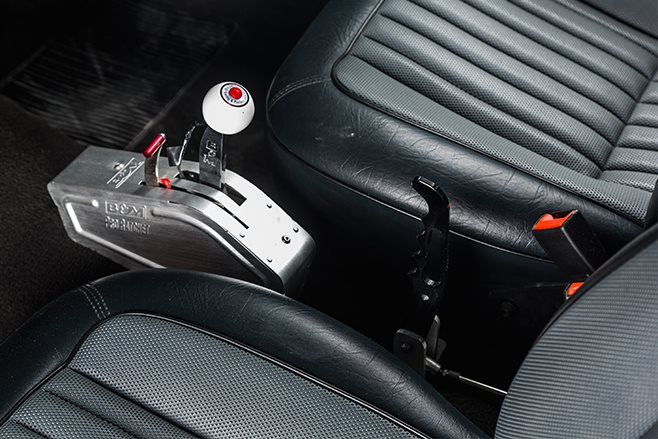 Matt’s previous rides include a V8 LC while still on his Ps, plus HKs, XAs, a True Blue XY GT replica and a tough HJ Prem with full ’cage and a 350 on the bttle. There was also an earlier LH that was sold off to finance a house. Of all those cars, it was the LH that Matt was most keen to get back into.

“My best mate had an SL/R that I’d tried to buy off him,” he says. “He wouldn’t part with it. Then he decided to move interstate and put the Torana up for auction on eBay – which I won!” 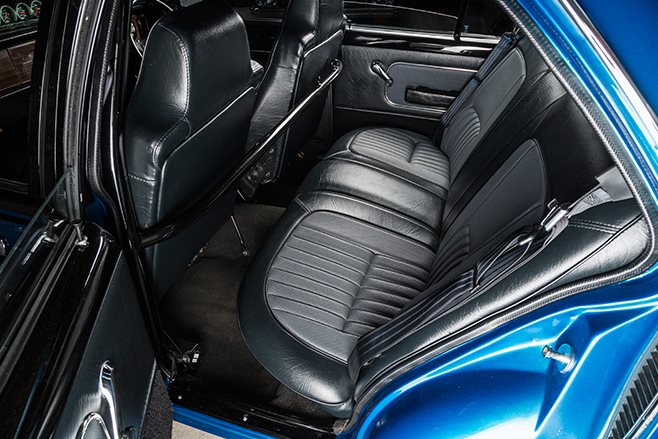 Before undertaking this most recent rebuild – this is WHIPYA’s second small-block combo – Matt’s goal was to run 10.20 or better normally aspirated, and 9.50 or better on the bottle. But first time out, straight off the trailer at Heathcote Park Raceway, it ran 10.1@135mph aspirated, followed by a 9.1@152mph on the happy gas. “At that point the shifter cable came loose and we called it a day,” Matt says, “but I was rapt.” 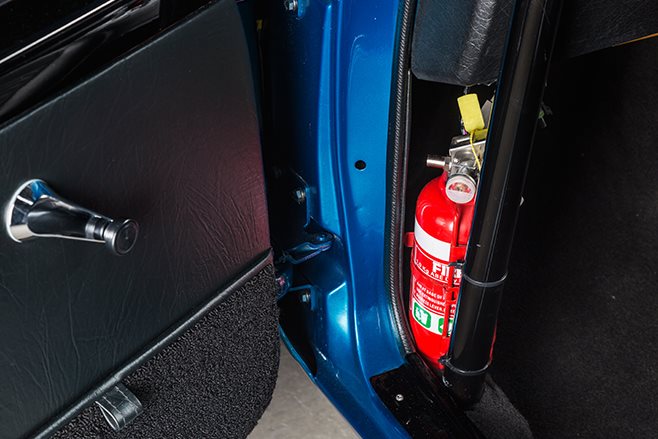 Despite that success, Matt was gunning for eights.

“We played around with converters. Going bigger made it slower, so the original one is back in it,” he says. “Mark Drew’s done a lot of work to make the rear end work. He’s also reworked the wheelarches for bigger 275 Radial Pros.” 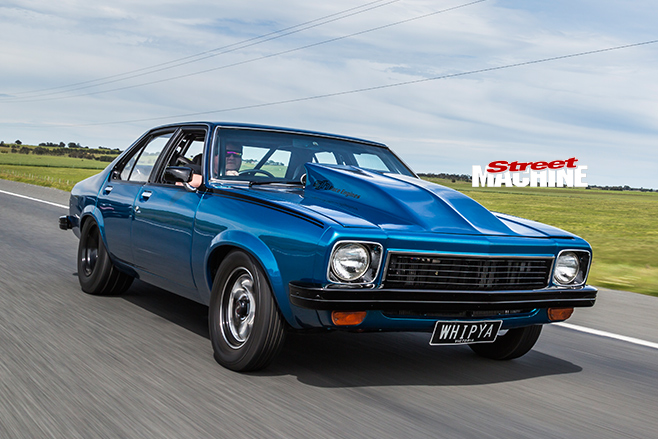 The 3.50:1 diff ratio gives WHIPYA refined street manners, and is also what Matt races with

These changes have clearly done the trick, with WHIPYA running that much-sought-after eight-second pass just as we went to press. This is definitely one car that blurs the lines between street and strip, but none of that matters to Matt – he’s more than happy to have the best of both worlds.