You'd be hostile too if you crashed your HK Monaro. Fortunately Eddy Jausnik now has an even better one

After crashing the much-loved family Holden HK Monaro, Eddy Jausnik new its replacement had to be made of sterner stuff

IT WOULD be fair to say that Eddy Jausnik has HK Monaro blood running through his veins. His grandma bought one in 1972 from its original owner, then passed it on to Eddy’s uncle, followed by his older brother, until he finally got his hands on it in the late 90s and spent 10 years fixing it up. Sadly, the gorgeous machine you see on these pages is not that car; it got messed up pretty bad in a traffic accident. 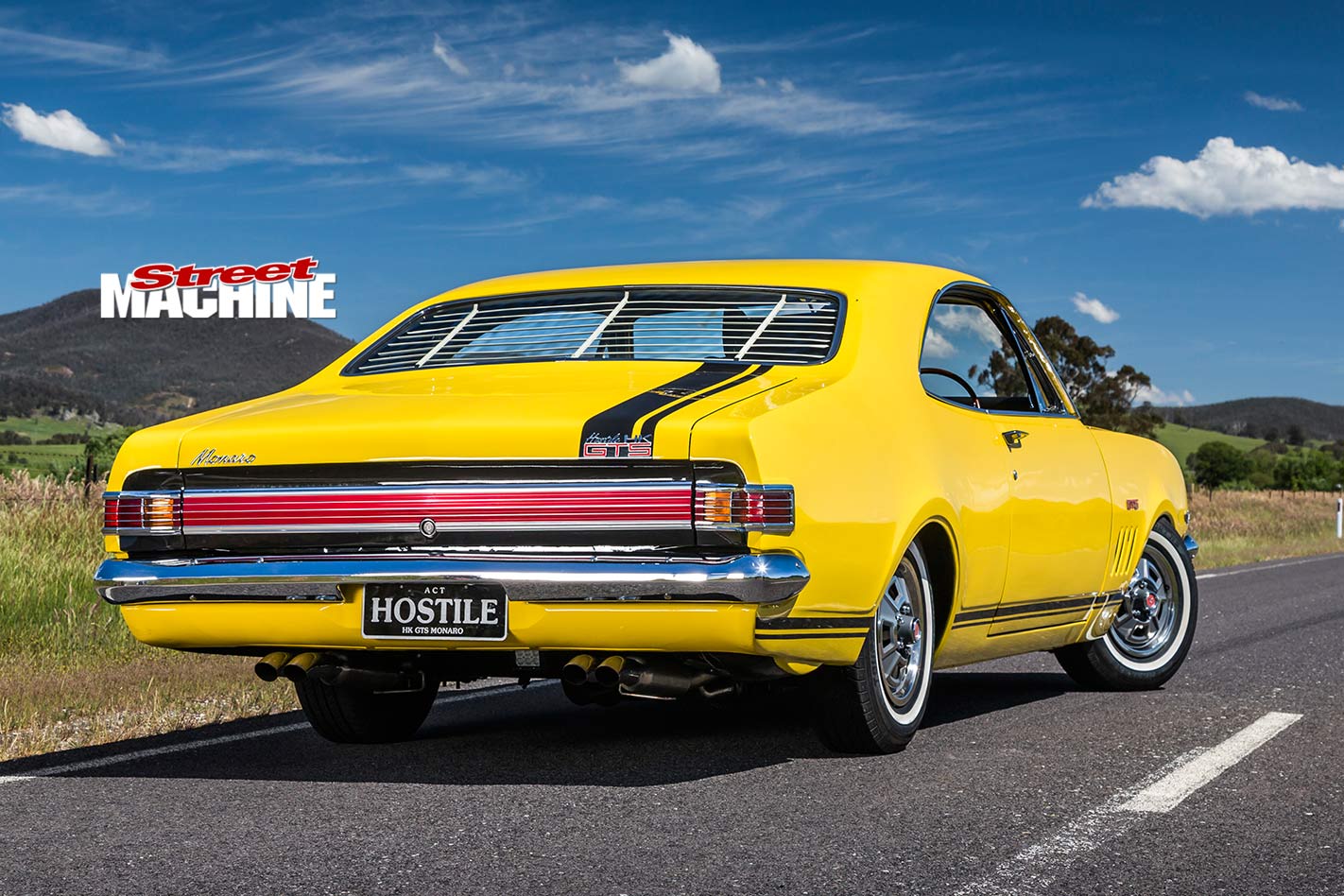 “It’s pretty upsetting,” Eddy says. “It started raining and I had the BFG T/A tyres on it. Everyone says how bad they are – now, after I crashed it! The back aquaplaned and I was a passenger; it put me across the median strip into two oncoming cars. The first one hit my rear left quarter, which did the most damage, and then that straightened me up for the one that hit me on the front. 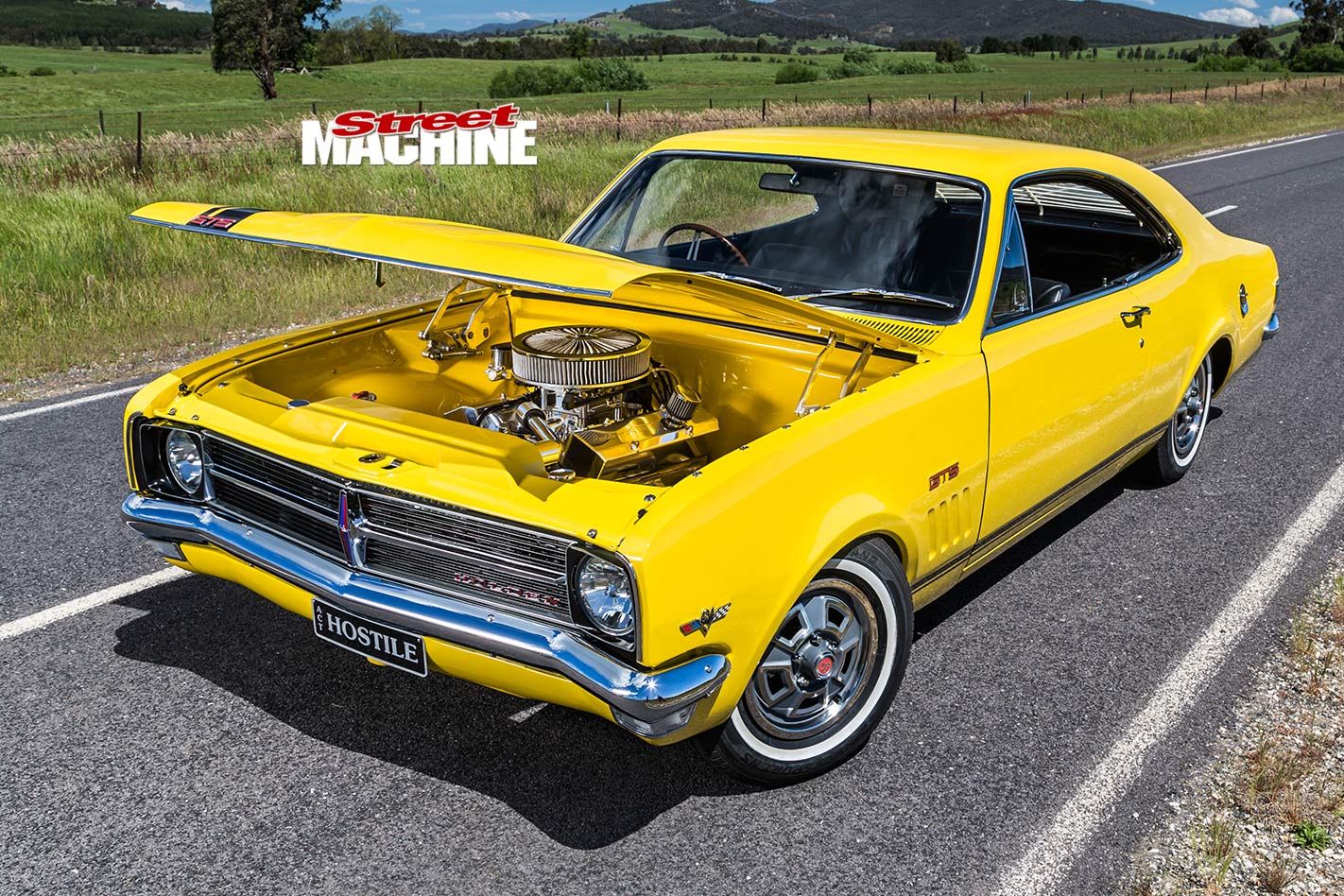 “I spent a lot of time looking at getting it fixed. I had it booked in with Peter Tommasini but it was a 12-month wait; then four weeks before it was ready to go he rang me up and asked for more photos. He called me back and convinced me out of it, saying: ‘You’re going to be up at 30-plus grand just for the quarters, let alone straightening it and all the other repairs.’ So it sort of got shelved from that point. I’ve still got it in dry storage. I can’t sell it; I’ve had a lot of people ask, but it’s got too much sentimental value.” 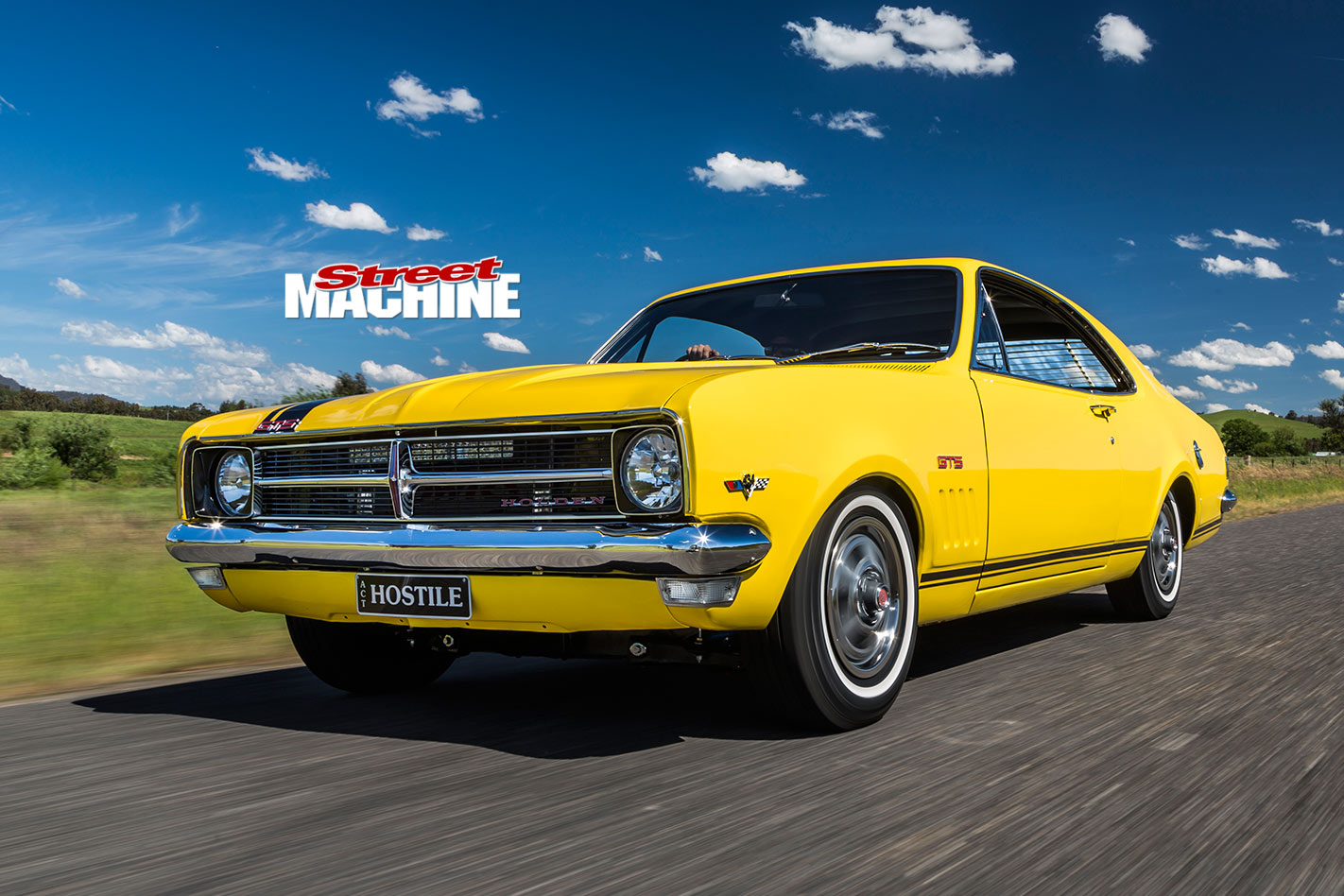 So that’s when Eddy turned to a few internet forums and started putting the word out that he was looking for a ‘replacement’ for his irreplaceable Monaro. As it turned out, a local bloke by the name of Shane Hayward had one for sale, so Eddy went around to check it out. 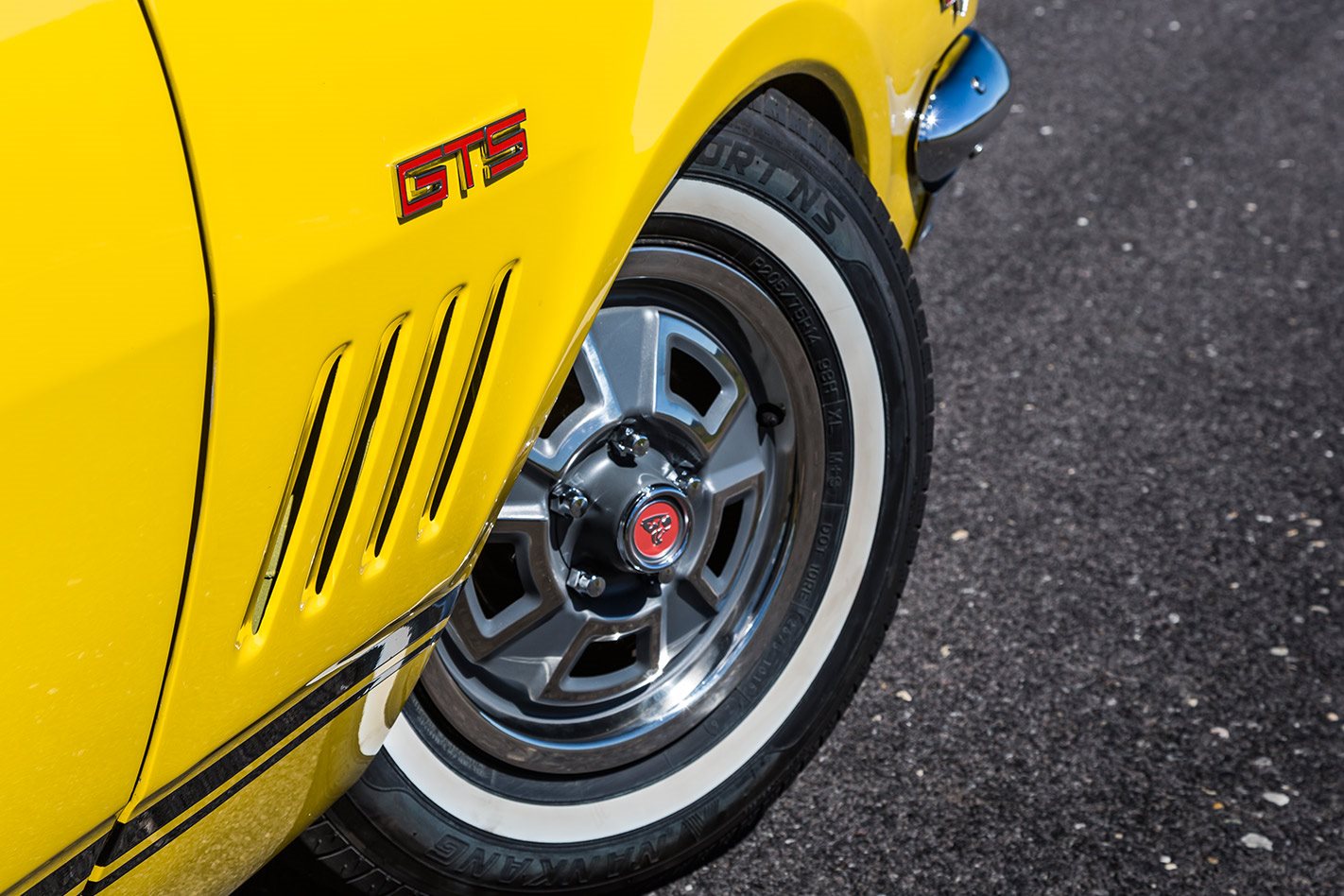 “Shane had it under his carport and didn’t really want to sell it, but he saw what happened and said: ‘Come and have a look and we’ll go from there.’ It didn’t have any driveline, still had the original 10-bolt in the back. It was house-paint white with the GTS stripes on back-to-front, but as far as we can work out it was a Canberra car all its life. Part of the deal was that I take him for a spin as soon as it was done, so that’s what we did on the first day that I got it on the road.” 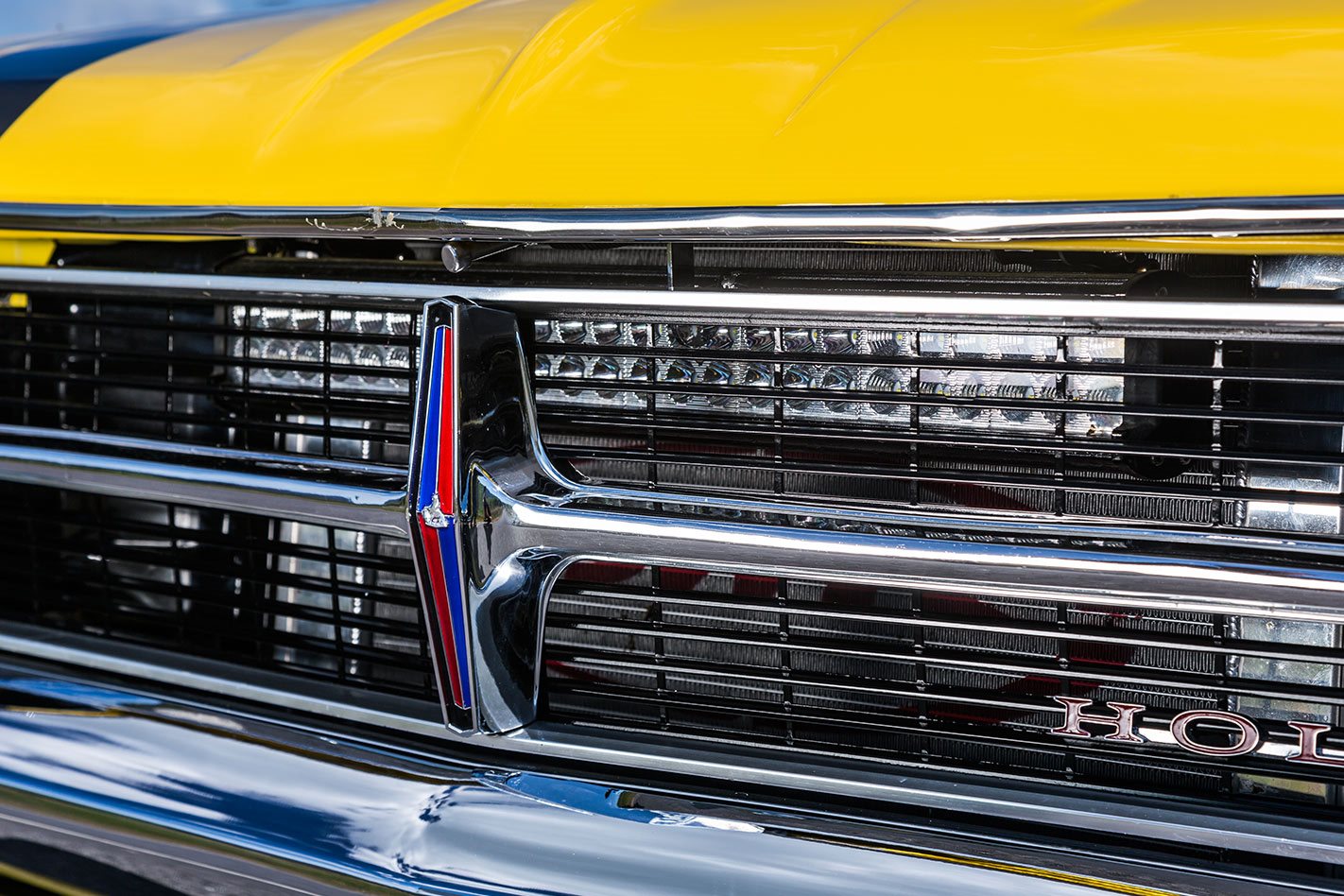 There’s an LED light bar hiding behind the grille. “I do a lot of driving at night and there’s heaps of kangaroos,” Eddy says. “You can’t really get away with a bull-bar on a Monaro. It’s pretty sneaky, most people don’t see it, but it’s like night and day, lights up the road fantastic”

That process took four-and-a-half years, probably a couple of years longer than Eddy would have hoped, but considering he’s got two kids – a five-year-old and a seven-year-old – I reckon he did pretty well getting it done that quickly! “The kids were always asking: ‘Why is Daddy always in the garage?’ Now they actually understand because they get to go in it and cruise around, so they’re loving it,” Eddy says. 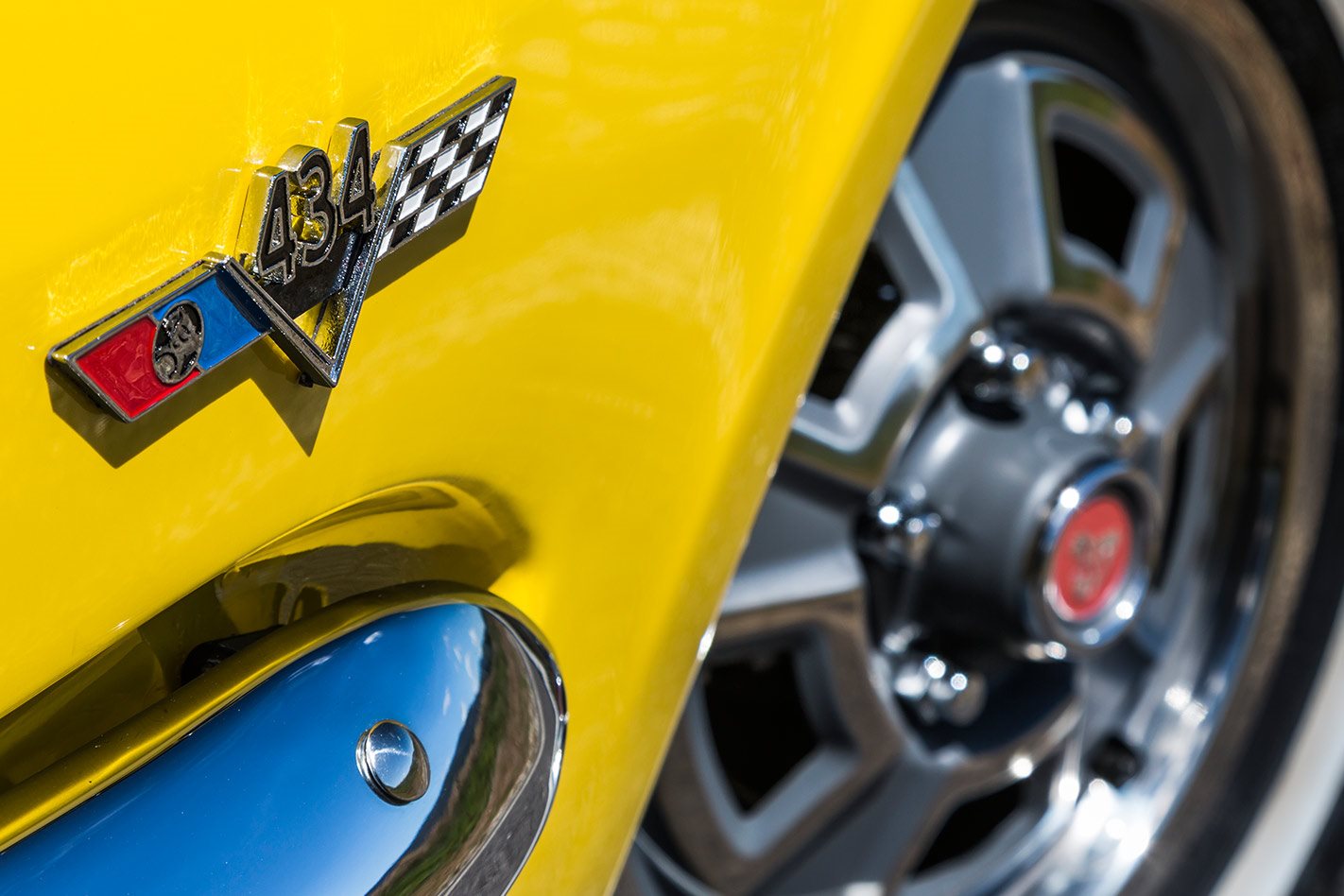 Apart from a few holes in the body from where it had been attacked by a pitchfork-wielding madman, Eddy says the car was in pretty good condition. He had Rust Cuttin’ Restos do the bodywork and fabrication, while the paint was laid on by SA Customs. 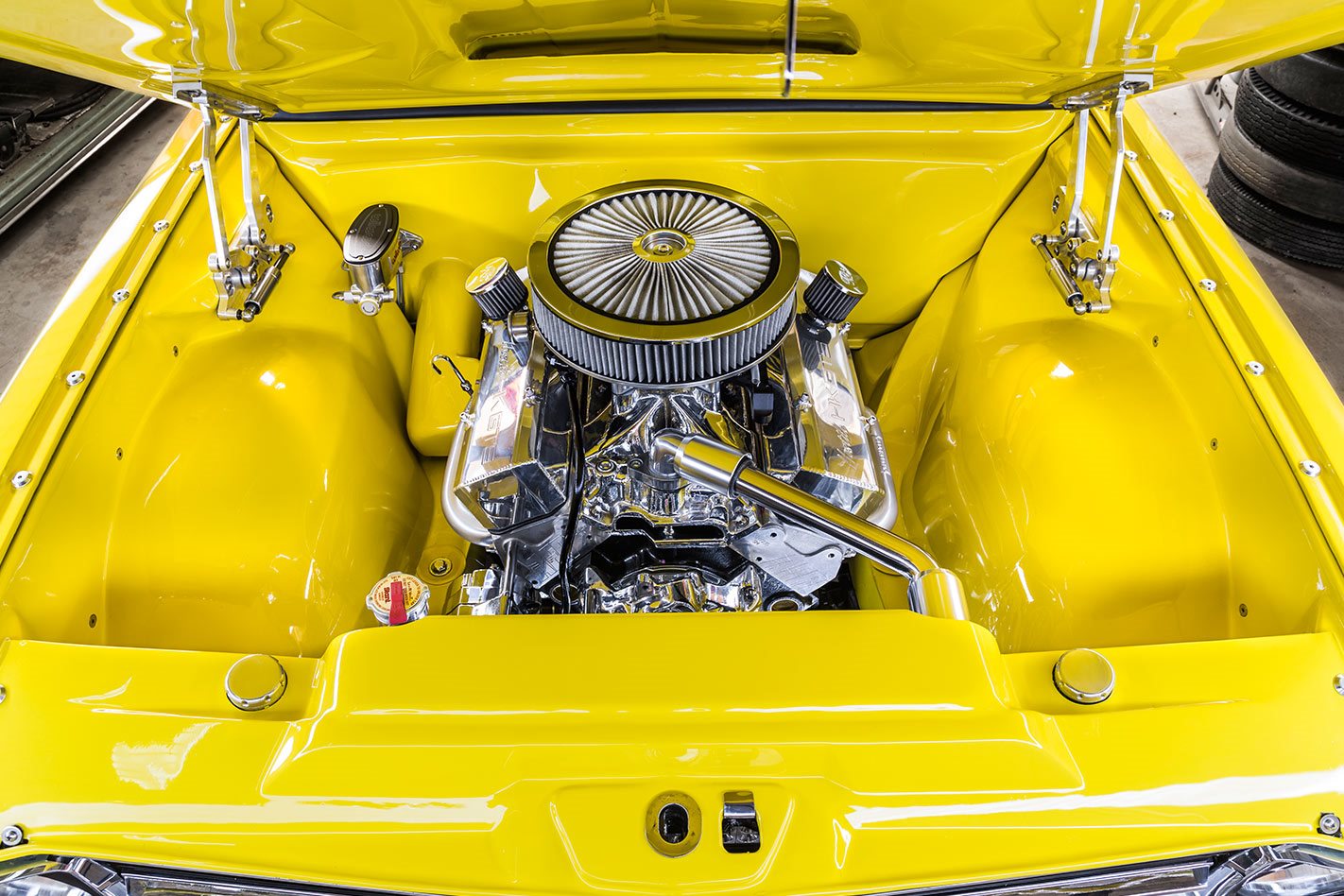 This is where it’s all happening. While the rest of the car is pretty much an immaculate resto, the engine bay is smoothed and detailed beyond belief without a single wire in sight. Mechanical fuel and water pumps help in that respect

The choice of colour wasn’t too hard, as Eddy had toyed with the idea of painting his previous Monaro yellow. “My grandma’s car was Silver Mink with black interior originally; I think my uncle had it painted red,” he says. “When I got the car in the late 90s I repainted it Sting Red; I wanted to go yellow then, but everyone talked me out of it. 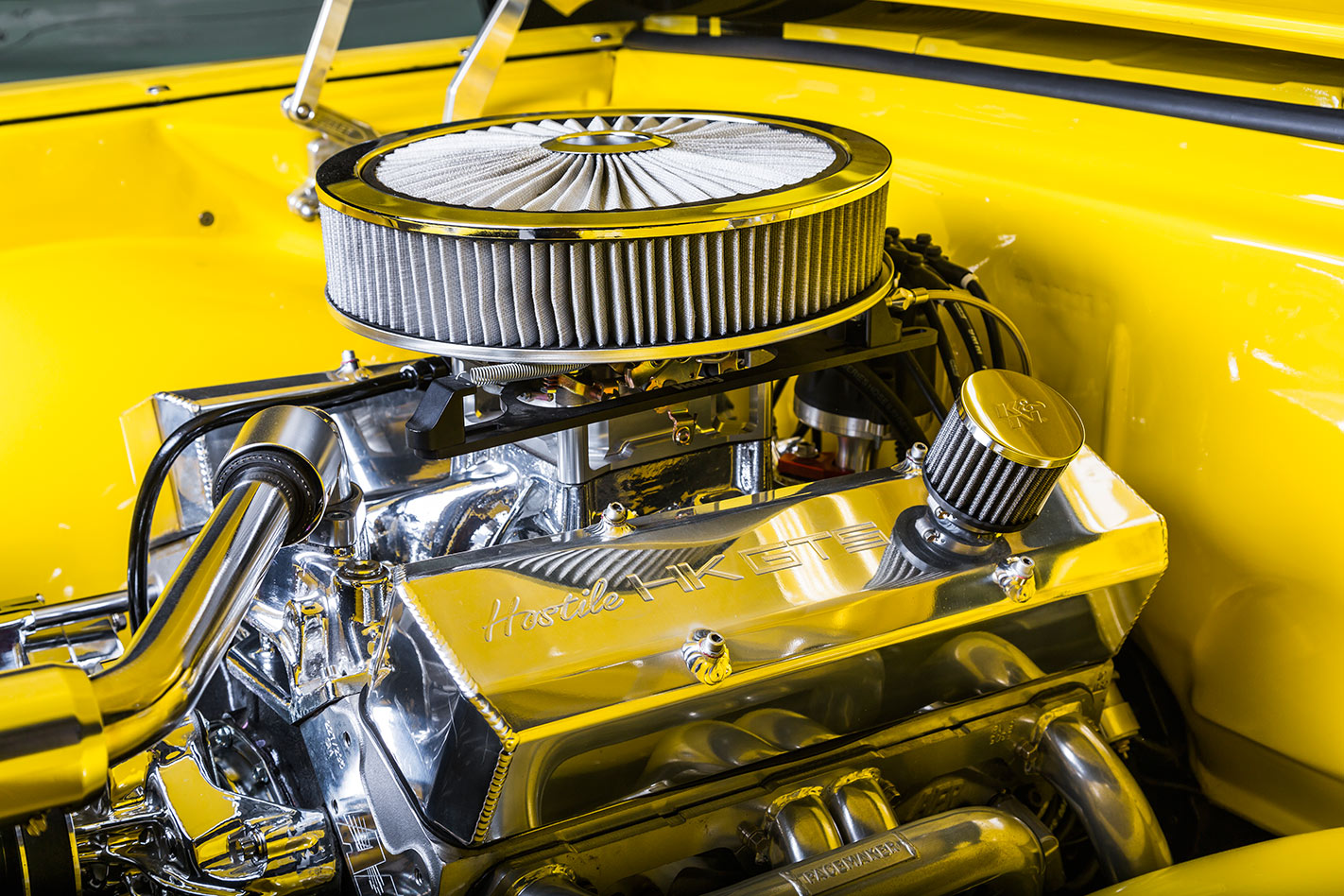 “So the paint on HOSTILE is Hazard Yellow, a VE Commodore colour. It was a Warwick Yellow/black interior car originally, so I kept the yellow theme but wanted a bit more pop.”

Grandma’s HK was originally a 186S GTS, but Eddy had slotted in a 383 Chev stroker, which he now thinks was his (and the car’s) undoing. But instead of being all sensible and grown up, he went and got himself a 434 stroker for HOSTILE. That’s the spirit! 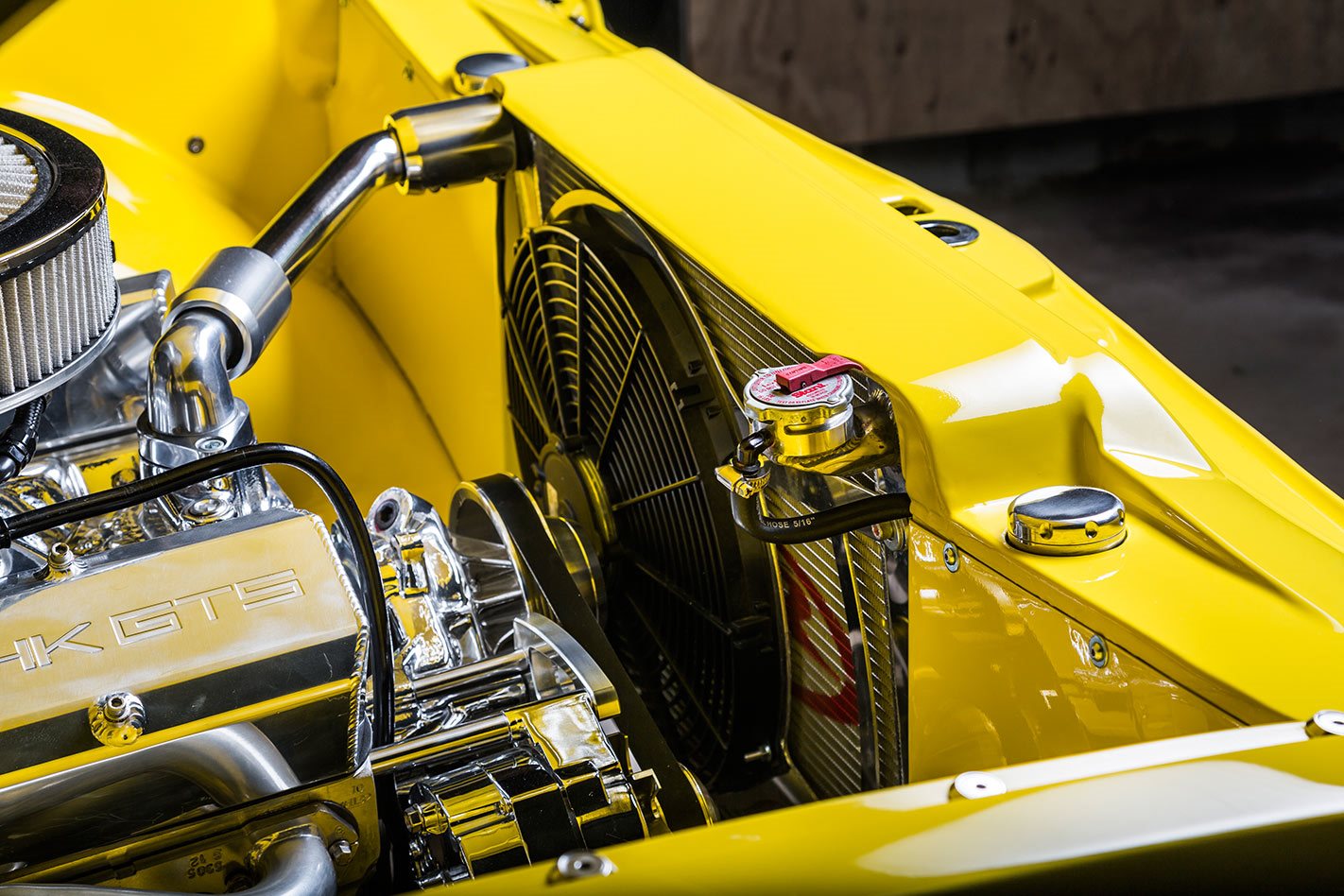 To tidy up the engine bay even further, panels were made to hide all of the wiring for the headlights and thermo fans. Another cover hides the top of the radiator as well as the overflow and washer bottles

“I bought the motor pretty much ready to go, but changed a couple of things,” he says. “I put the ICE ignition on, changed to a mechanical water pump and I run a mechanical fuel pump as well. I’m a fan of keeping things non-electrical, it always works for me. The engine was built by Engine Master in Albury; they dynoed it for me and that’s where it went 595hp at the flywheel.” 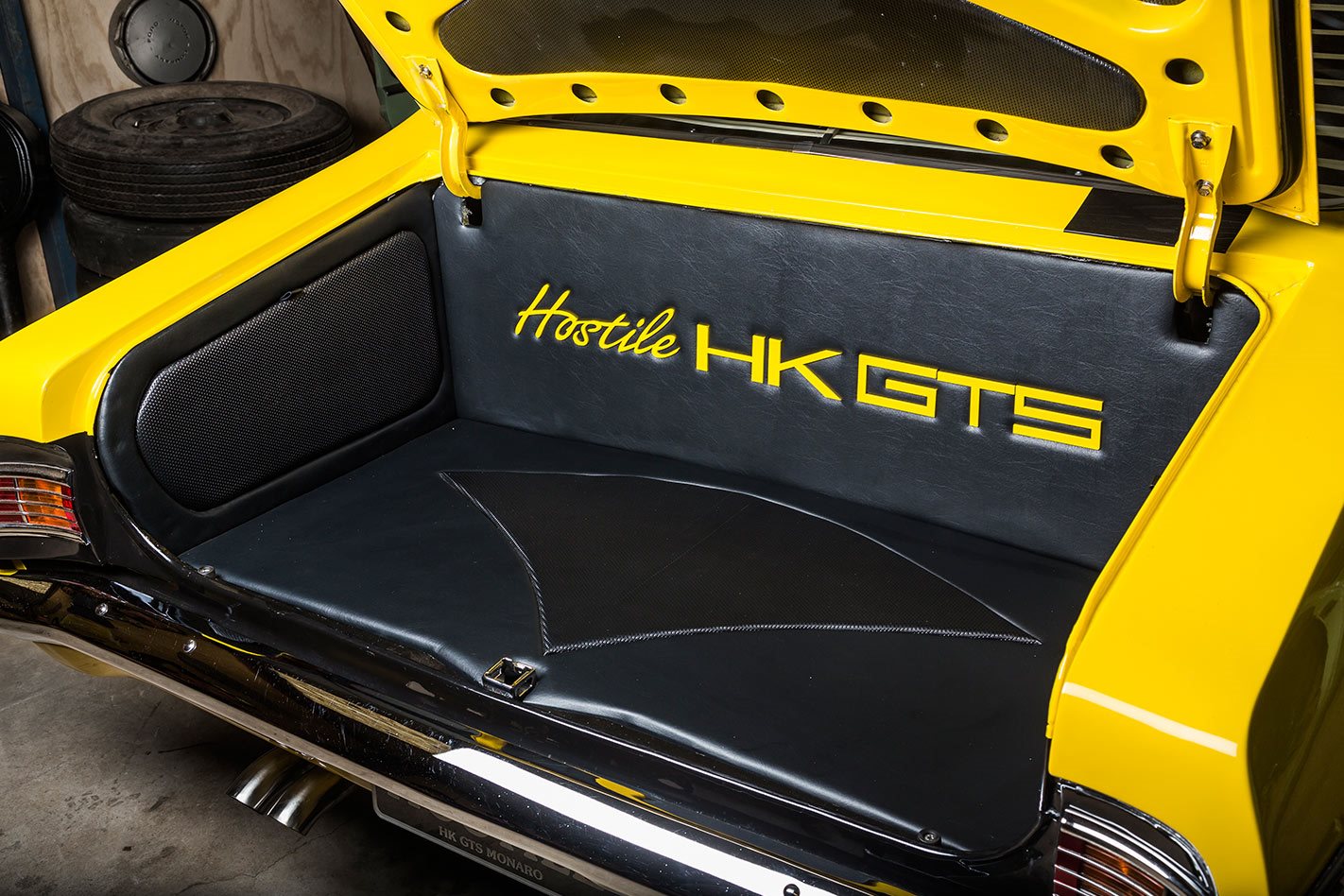 While it’s been built primarily as a cruiser – and Eddy does use it almost every day to pick up the kids from school and do the running around – he does have some plans to test it out on the drag strip. “The next goal is to take it to Sydney to race. I’ve never raced on a quarter-mile, so I reckon it’ll be pretty embarrassing, but it’s gonna be fun!” 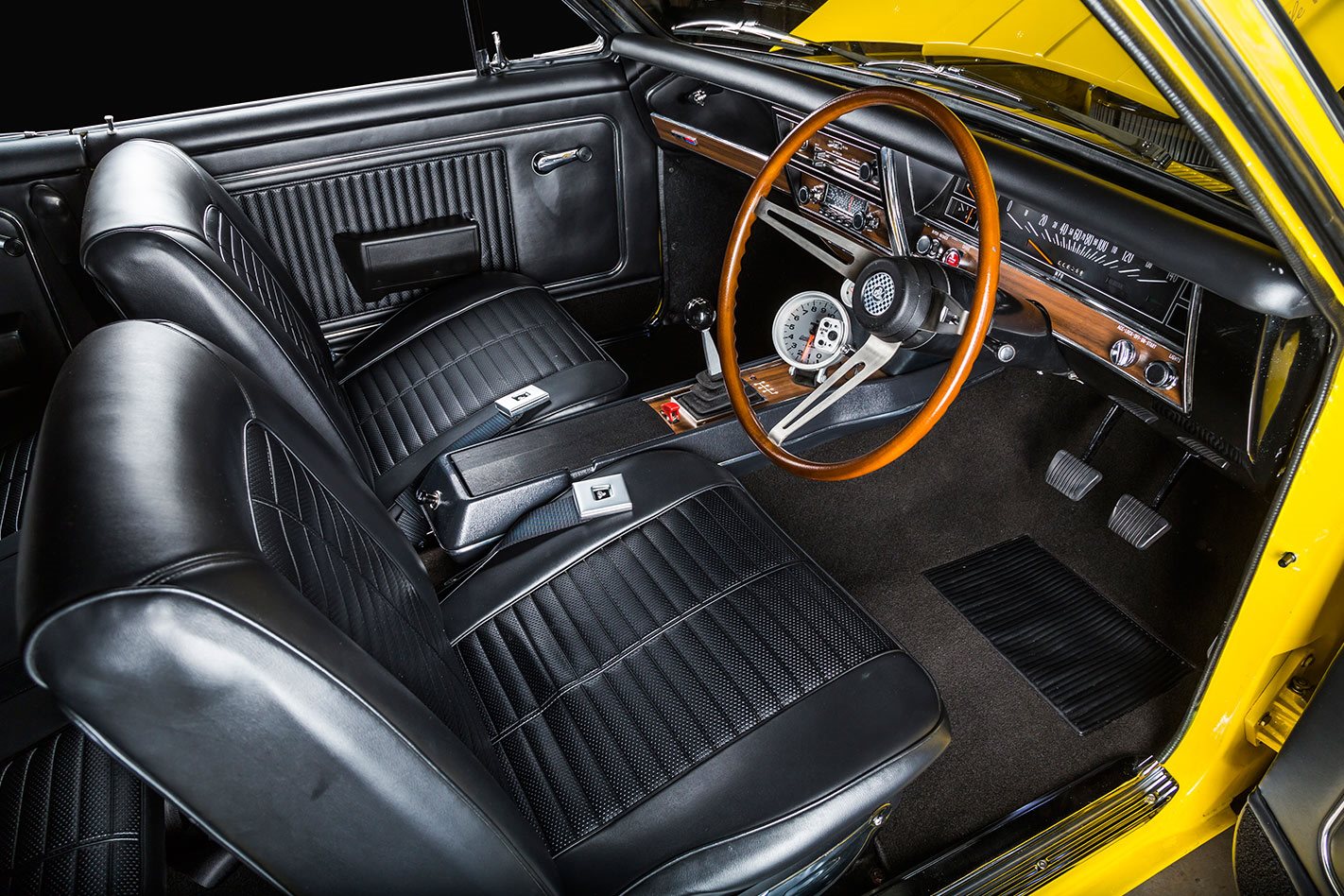 The console had to be modified a fair bit to fit the trans tunnel, which was enlarged to make room for the Tremec six-speed

It’s also going to be fun trying to row through the gears, although Eddy probably won’t have to go through all six of them. That old 10-bolt was swapped out for a nine-inch, making a bulletproof driveline. “Initially it had 3.55s in it, but taking off it was too sluggish and I was riding the clutch too much and I never saw fifth and sixth, so I threw 4.11s in it and I haven’t looked back,” he says. “It actually uses all the gears, punches through them pretty good and at 100km/h in sixth I’m doing about 2500rpm.” 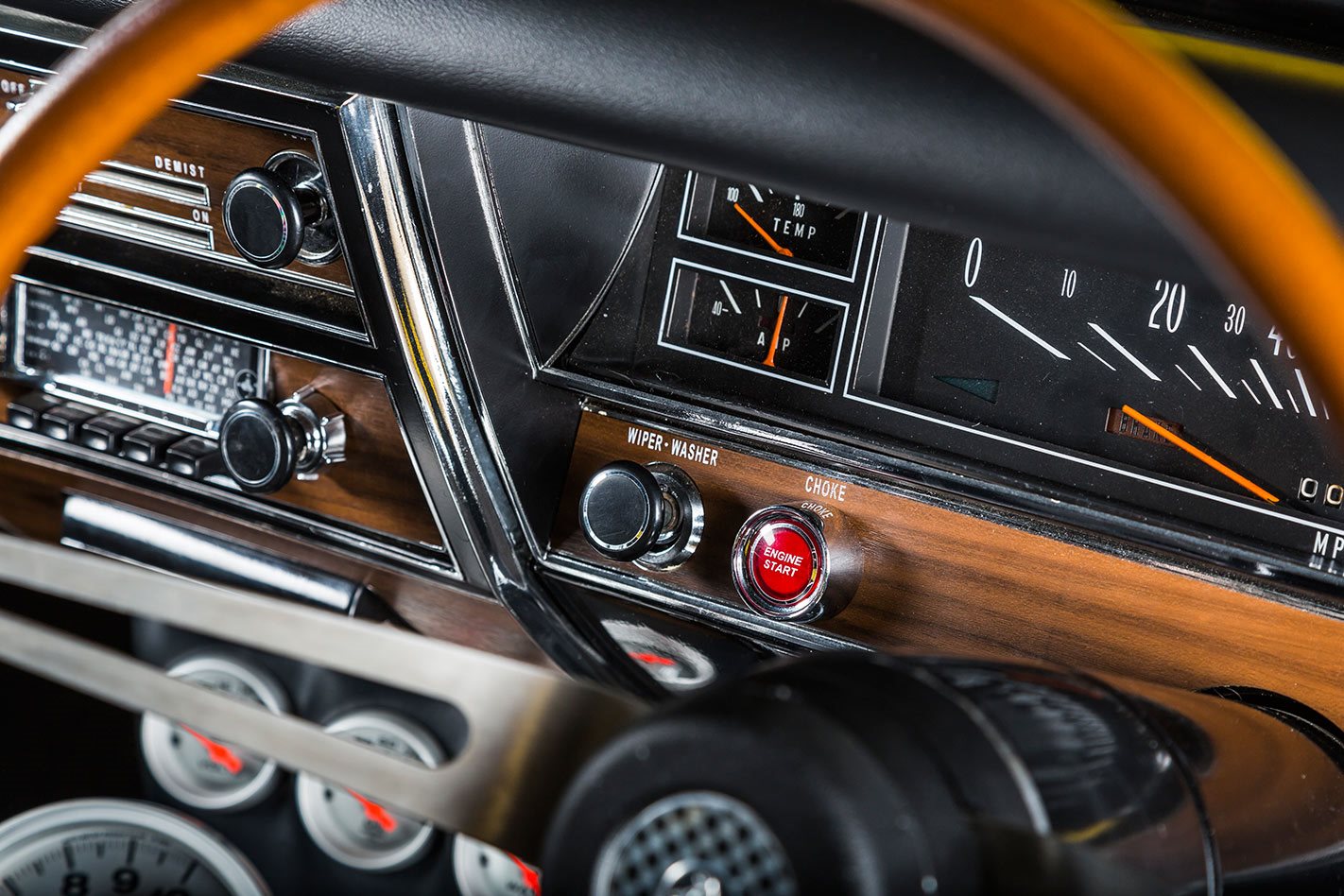 I don’t know if you guys had the same reaction, but when I was flicking through the photos and got to the engine bay, I went: “Whoa!” While the rest of the car is effectively a really nice restoration, under the bonnet is where it gets real interesting and sets this car apart from all of the other killer Monaros out there – and there are plenty! It’s like an operating theatre in there – except with more yellow and more shiny aluminium stuff. 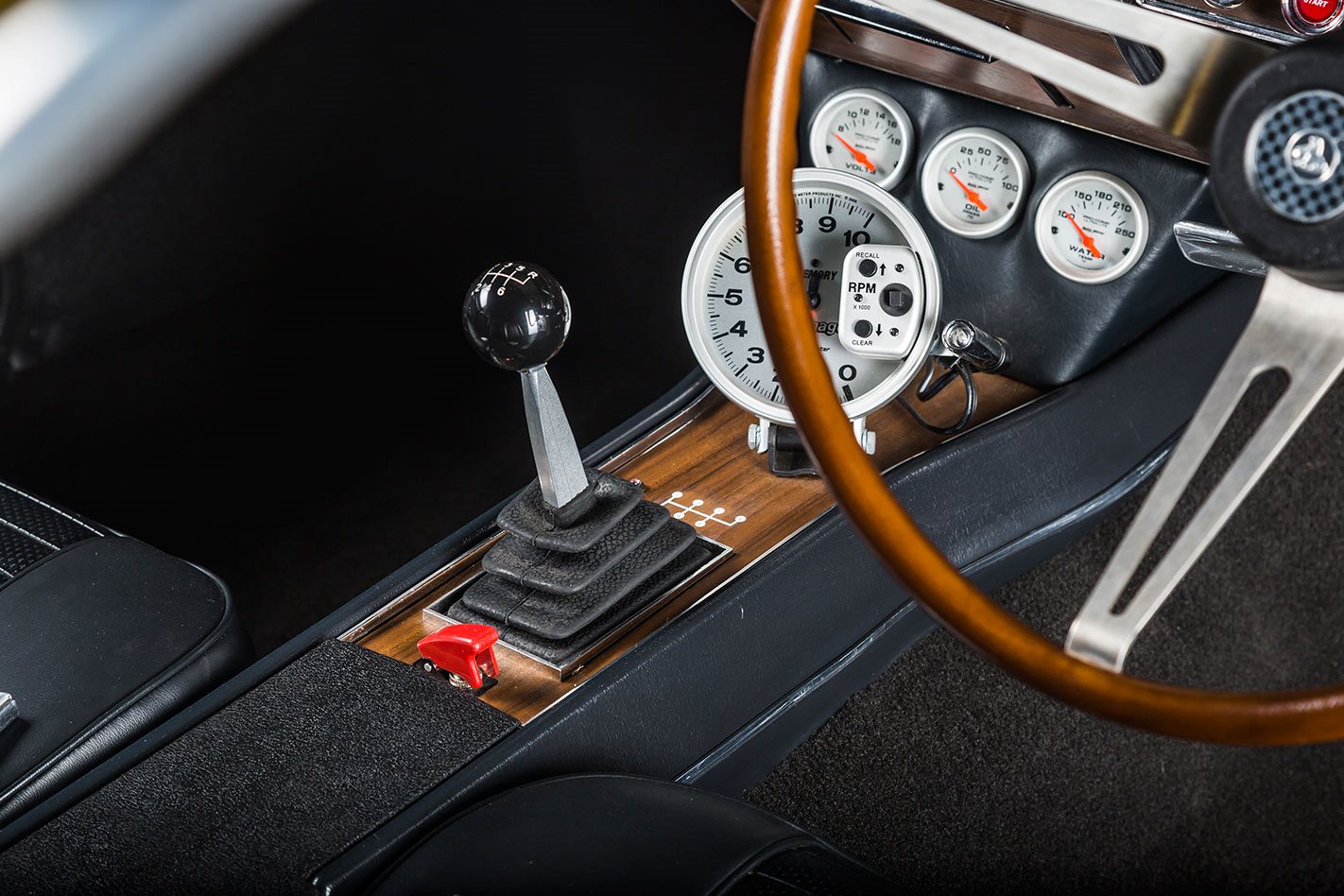 Yep, it’s the dumbest place ever to mount a tacho, but that’s where they go in an HK Monaro. Eddy reckons the shift light is pointed right at his eyeballs, so he knows when it’s time to grab the next gear

“With the stock wheels on, you could almost think it’s a stock car, but when you pop that hood people go: ‘Oh shit!’” Eddy laughs. “Basically, I wanted to open the bonnet and just see an engine. I don’t like wires, so everything is hidden. I’ve made plates behind the headlights, so there’s a lot of stuff hidden in behind there.” 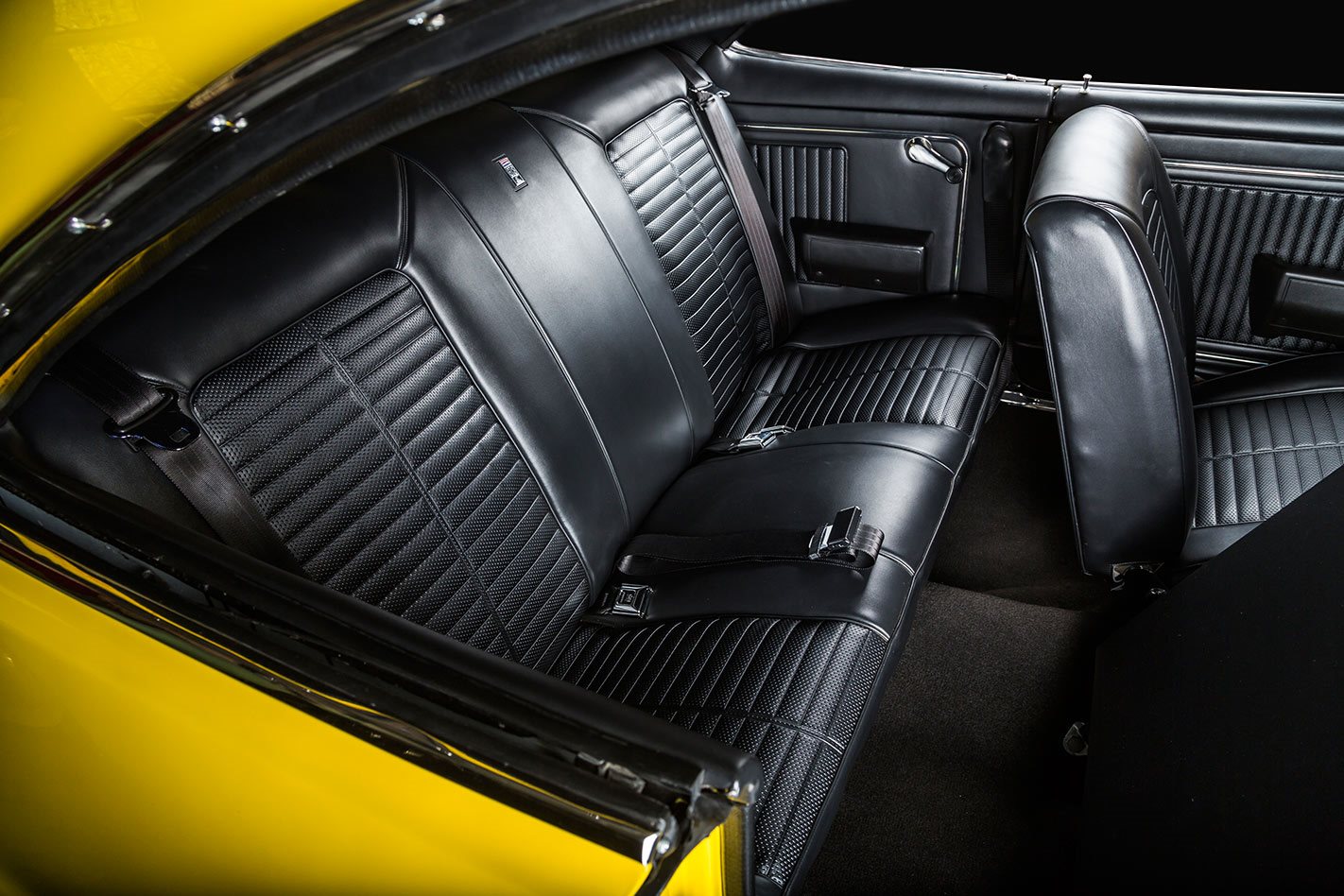 The back seat has been fitted with a couple of retractable seatbelts, a lap belt in the middle and baby bolts so that Eddy’s kids can enjoy cruising as well

Inside it all looks pretty stock except for some extra Auto Meter gauges, and there’s nothing wrong with that, but one thing Eddy insisted on adding was a few more seatbelts. “I put retractables in the back and baby bolts, because it was always going to be a family car,” he says. “I got the article that ran in Street Machine (Dec ’11) off the Seatbelt Solutions website. After being in that first crash, it was safety first, especially for the kids.” 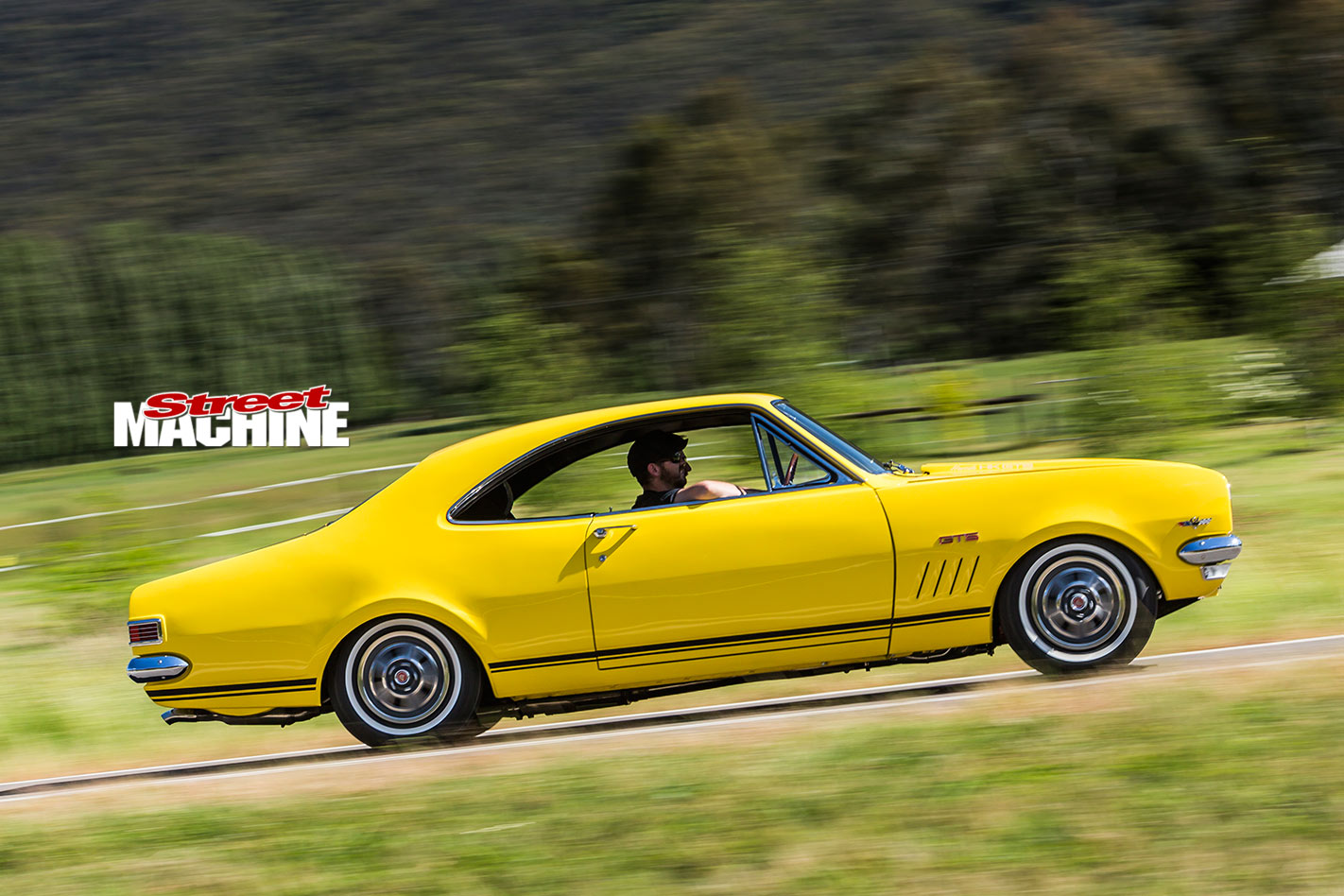 When it comes to listening to some tunes, the only music is the sweet, sweet sound from the eight cylinders exiting those four tailpipes, although the stock radio is still in the dash. “I pulled it apart to make sure all the lights work, but the kids know the stereo is ‘windows down and listen to the exhaust’. It’s good, it makes us all have a chat.”

While this story may have had a sad beginning, Eddy has overcome the heartache and put together something he can enjoy with his family; the fact that it has almost 600hp is an added bonus. But that’s not the end of the story – there’s a Part Two. Eddy is already well on the way to getting the ‘Pano Can’ on the road. It’s an HK panel van that’s been converted into a camper trailer and will be painted up to match HOSTILE. How cool will that look cruising down the road? There’ll be a few double-takes, that’s for sure! 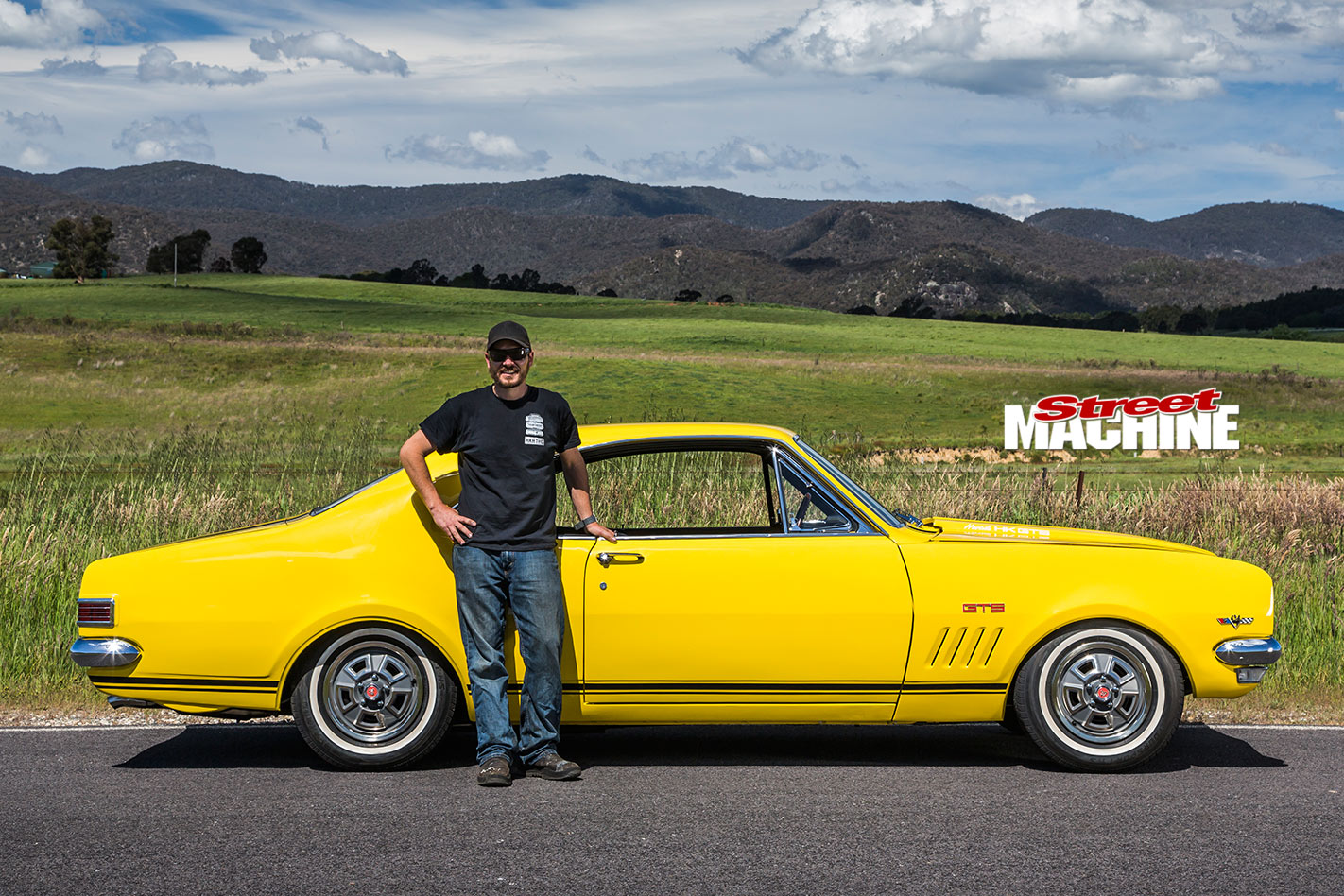