AARON James, a 22-year-old dude from Western Australia, has an awesome two-car garage with a VX SS burnout beast and his pride and joy 440-powered VG Valiant.

“I HAD a VU SS burnout ute named THRASHA, but I hit the wall quite badly at the Motorplex. The damage was too much to fix, so I stripped the ute and the shell went off to a scrap-metal yard. 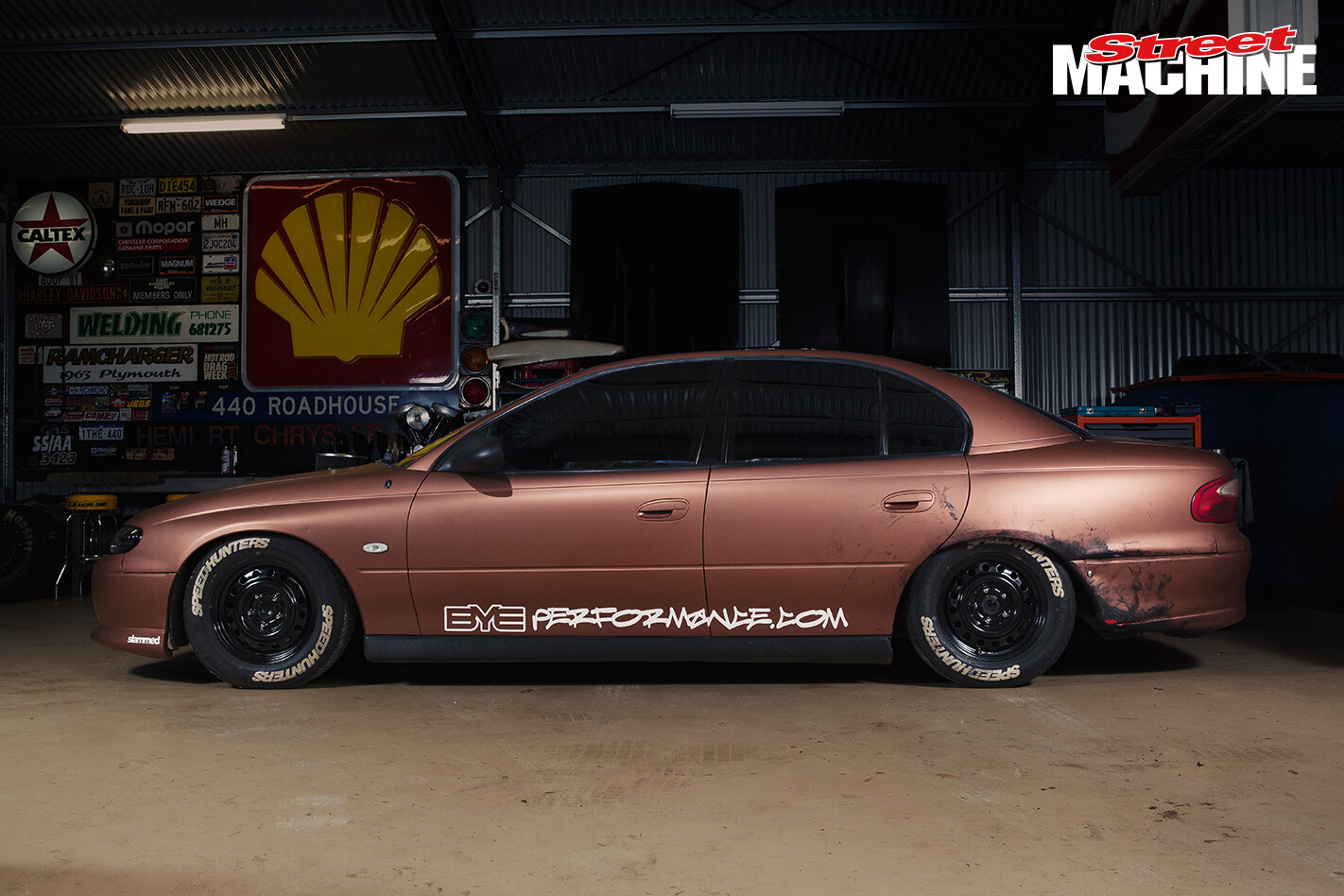 I bought a VX SS instead, and put the ute’s motor, gearbox, trans cooler, diff, coil-overs, fuel cell and fuel pumps into that.

With JJ from Obsessive Customs lending a hand, we did the whole swap, including the vinyl wrap, in six days leading up to Gazzanats. It hasn’t missed a beat since! Thanks to Justin Pitsikas from BYE Performance for tuning the car, and Boddington Tyre Services for supplying me with tyres at every car event. As much as I love the skid car, my real passion lies with Valiants, and Mopars in general. I guess that’s because my dad, Al James, has always been a Mopar man – he’s got a big-block ’Cuda for cruising and a Ramcharger for racing.

I was counting my savings for a house deposit when my dad came inside and told me Jeff Clarke was selling his blue VG Valiant as a roller – an hour later we had the VG on a car trailer. It was originally powered by a small-block, so I fabricated my own engine mounts to suit the Chrysler 440ci big-block. It’s got Indy heads and manifold, and a 1050 Quick Fuel carb. The gearbox is a transbraked 727 with reverse pattern, running to a nine-inch diff with a full spool. I bought a set of Hedman Husler headers from the USA to suit the big-block, which exit through the fenderwell, and I made my own twin 3½-inch exhaust system for it. The car has run an 11.2 on street tyres, and I reckon it has plenty more in it on some sticky rubber. I plan on putting a big stroker motor in it soon too. I’d like to thank my dad and Shane Page for all their help with the Valiant.