It's not hard to fall in love with the gorgeous colour of Gavin Le Cornu's Holden HZ sedan, but it's under the bonnet where the real story lies

SITTING in the dyno area of the Adelaide Extreme Horsepower Show, Gavin Le Cornu’s red HZ Holden was capturing more interest than some of the cars hitting the rollers. Gavin was designated boss man for the dyno and his personal ride, with its Harrop blower sitting atop a Gen-III powerplant, had the punters intrigued. 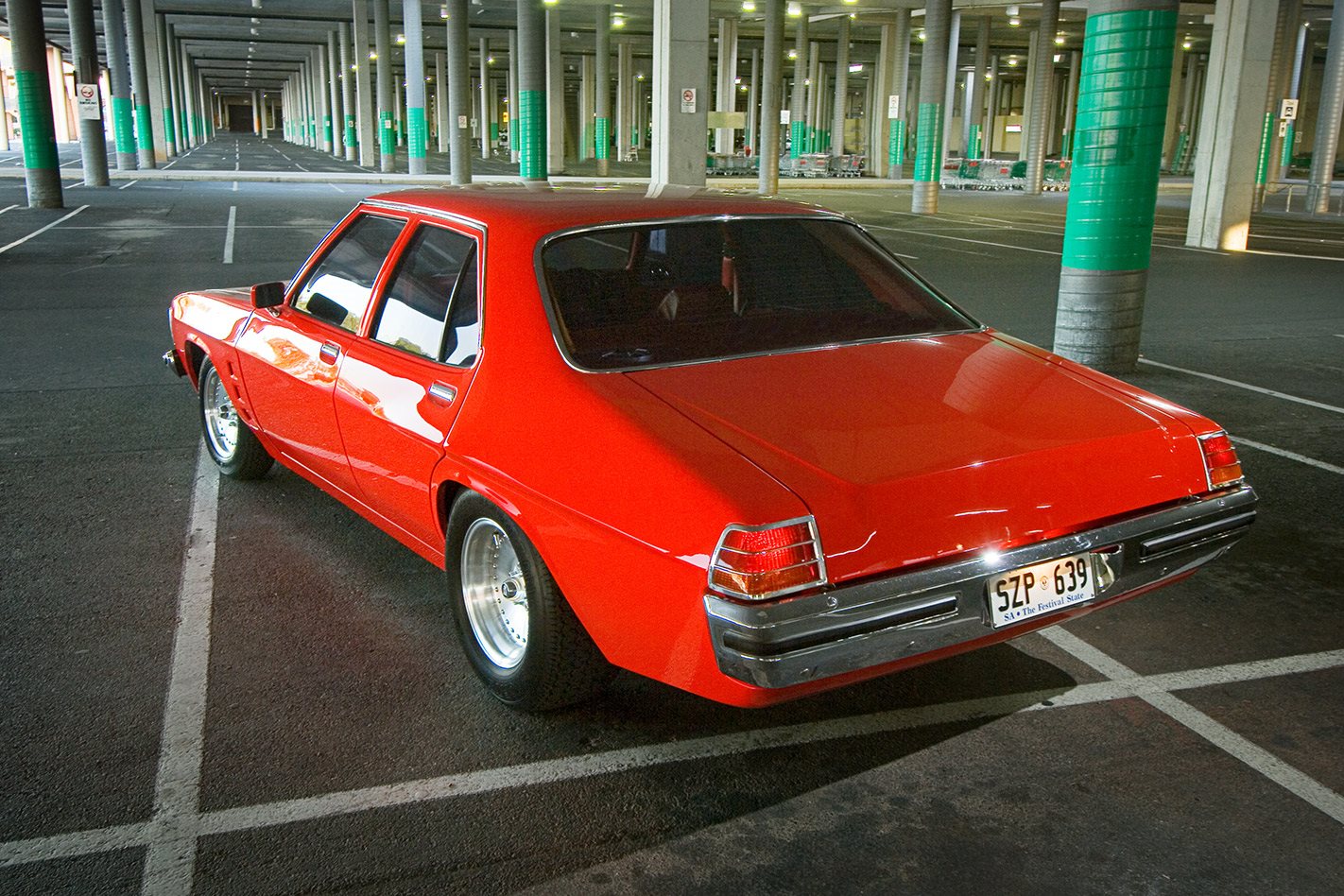 Gavin answers one question they may have had by firing it up. At idle the HZ purrs quietly, but when the pedal is stomped, twin three-inch pipes bellow and the blower screams. Heads snap around to see what’s going on and, with a grin, Gavin switches off the HZ and wanders back to his dyno duties.

Over the years the HZ has worn a few different guises. It all started a couple of years back when Gav swapped an exhaust fitment for a mower and a 202-powered HZ sedan sporting a Trimatic, banjo diff and some not so delightful bronze paint.

Adelaide’s Autoteknica Car Show was a short five months away, and Gavin decided to have the car ready in time, so the Holden was shipped off to Scuffs Mobile Paint Repairs to help feed Gavin’s obsession with Aztek Red. Mika at Scuffs worked some serious voodoo on the battered 30-year-old body before recolouring it in the desired shade. 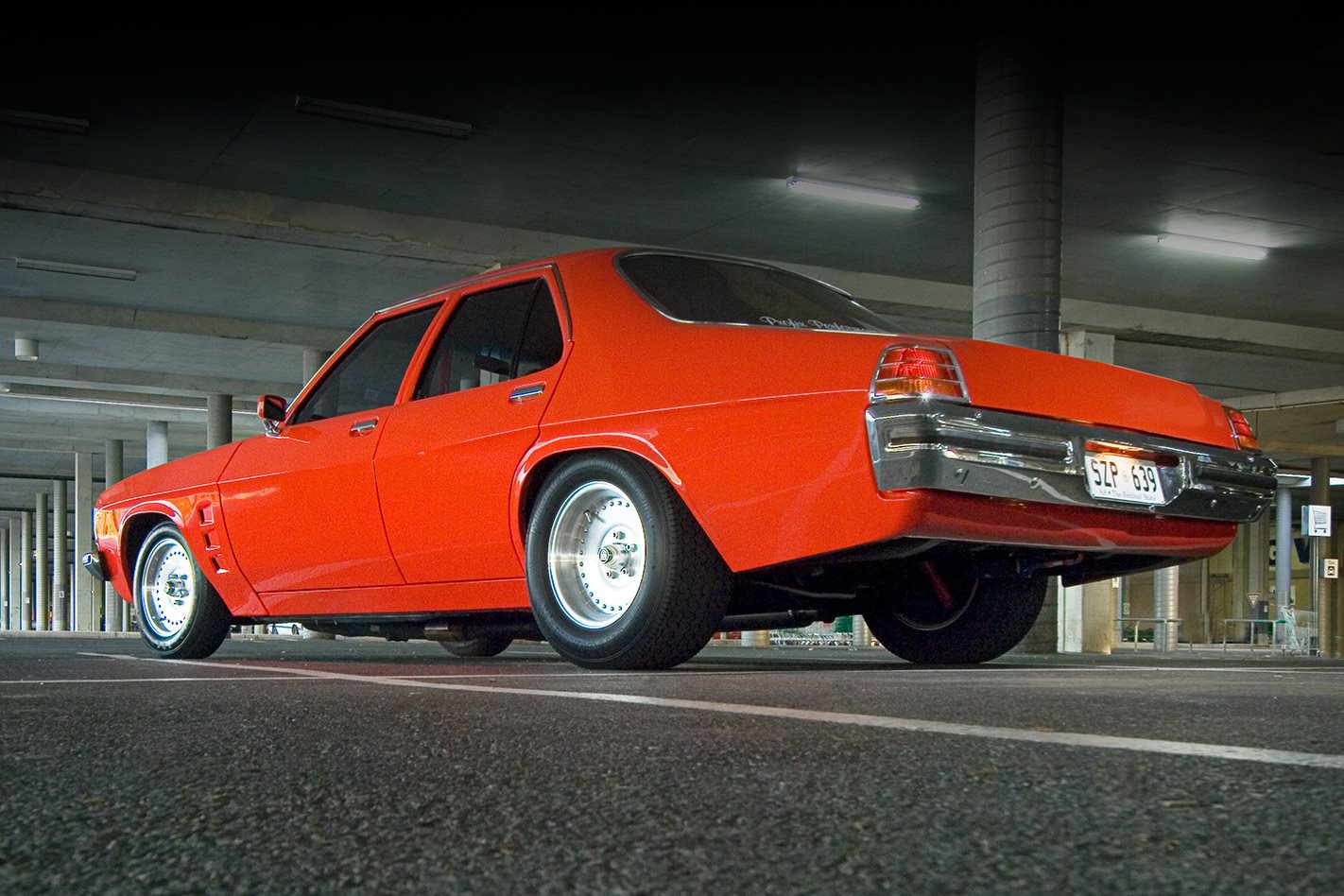 “I just had to have red,” he says. “I love it. I’d seen a Monaro in Aztek Red and loved the colour straight away.”

With its bright new hue, plus GTS guards and a tough billet-look Statesman grille, Gavin decided that new trim would be required and a call to Adrian at Aristocrat Motor Trimmers saw Gavin’s idea’s come to fruition. Red drips from every corner of the cabin with dyed cowhide on the seats and doors, plus a bright lick of vinyl paint for the GTS dash.

Other additions include billet window winders and door handles, Autometer gauges, and a Momo Jet wheel to steer the beast. With the visuals screaming, it was time to move on to the next part of the build – the entertainment system. 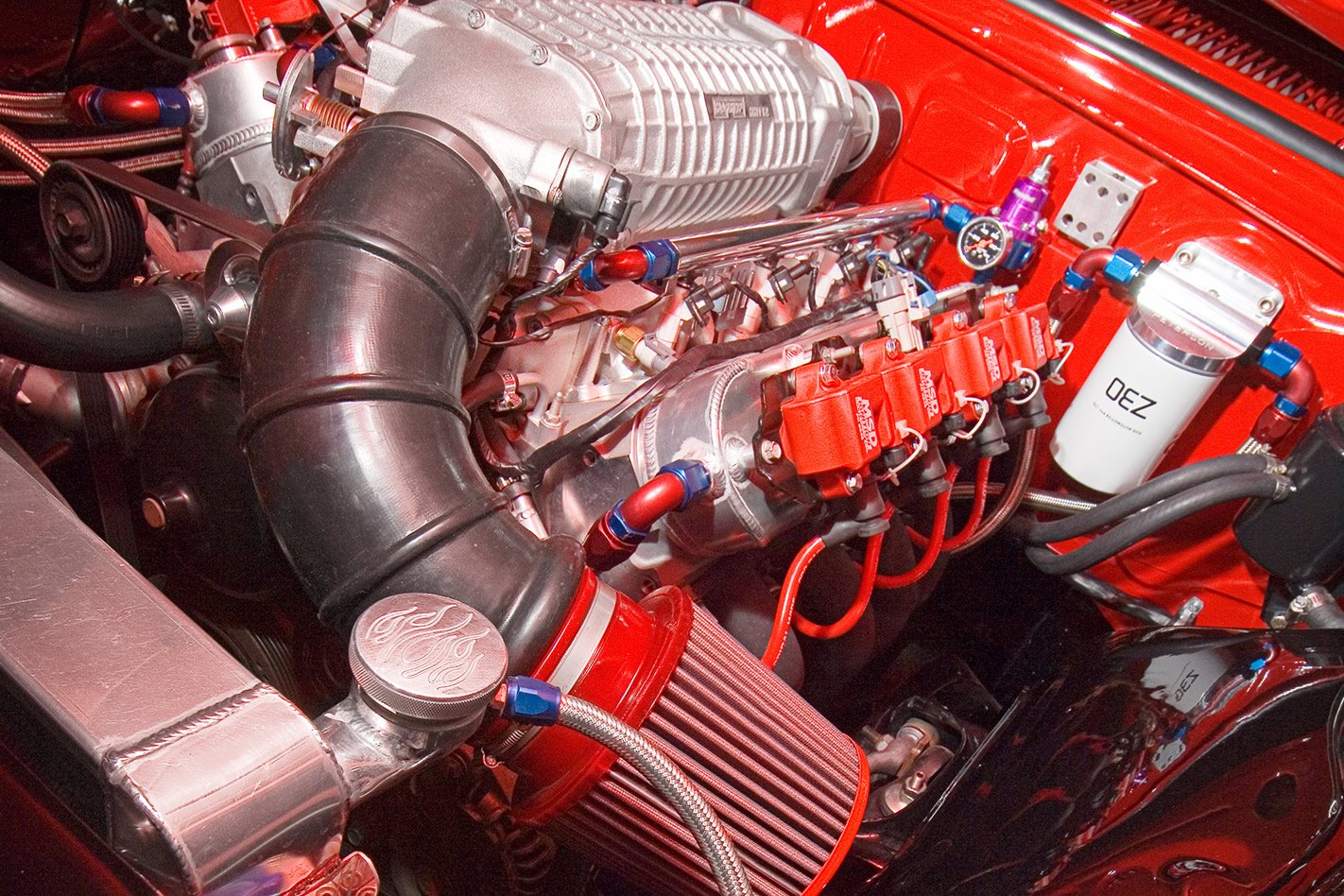 MSD coils sit proud above the blown 5.7-litre Gen-III engine. With around 460hp at the rear wheels, the mild-mannered donk is pushing approximately 600hp to the flywheel

Six six-inch Polk Audio Momo Series speakers are fitted in the cabin with two 6x9s in the boot, all powered with two amps. With a young son to think about, Gavin also had the HZ decked out with an in-dash DVD up front, and how’s the massive 19-inch LCD screen in the boot? Gavin says he got the screen to use on display for his Profix store, but it never ended up that way.

“One weekend we were up the river skiing, and ended up sitting around the back of the car watching DVD’s on it,” Gavin says.

On the power side of things, Gavin had a few changes of heart before the current set up was bolted in place. To take over from the original, battered old 202, Gavin decided on a 355 stroker and before long, he was craving for more. So, in readiness for the Powerfest in SA he bolted on a 6/71. Not a bad move, because the Holden took out the Grand Champ gong at the event. 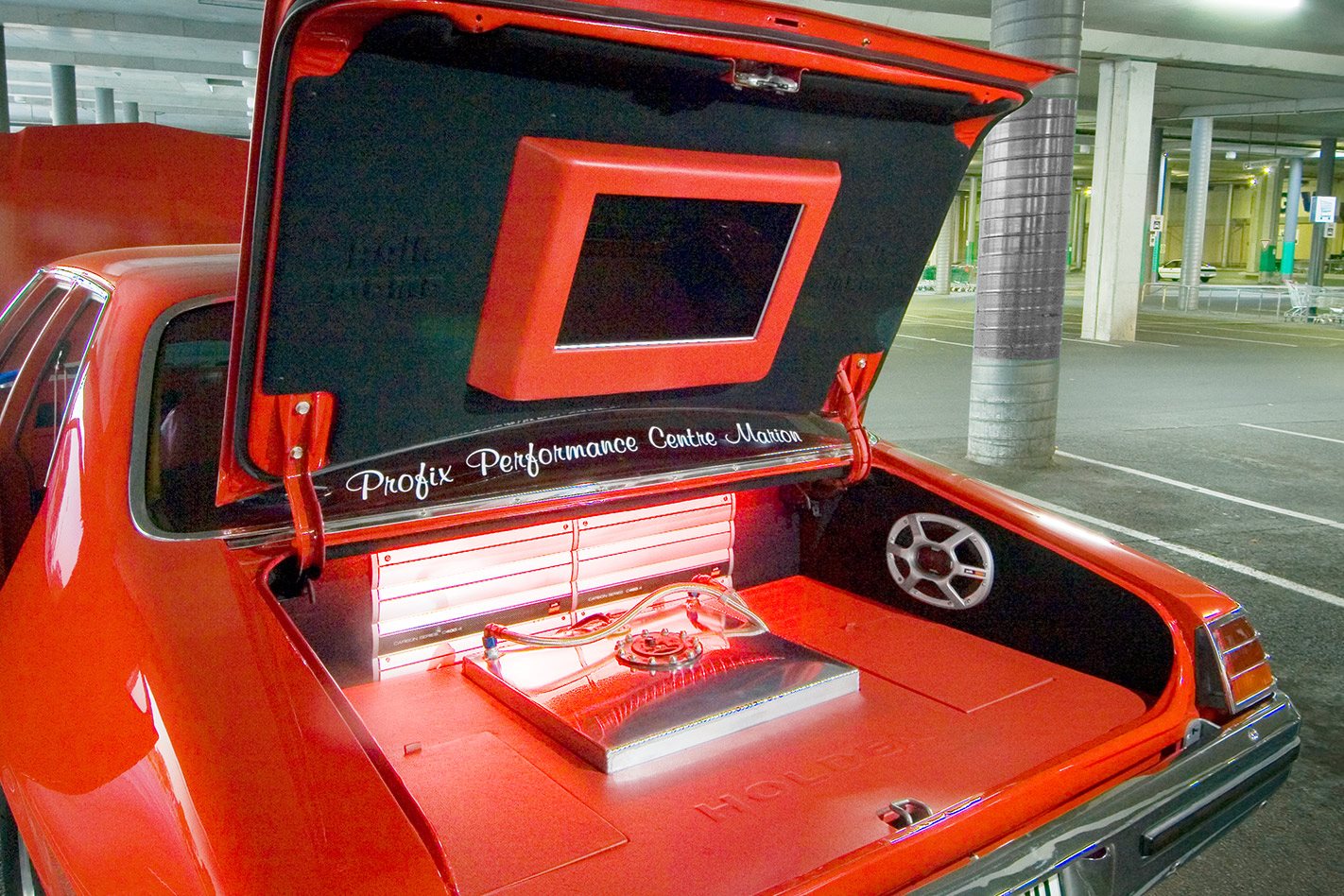 Okay, so the boot isn’t going to hold all the shopping or cart your gear on the family holiday, but it’s a lot more interesting on cruise nights with the family

While this was a proud achievement, the reality of having a mountain of metal hanging out the bonnet soon dawned on Gavin. “I couldn’t drive it anywhere!” So the newly blown 355 mill was flogged off in favour of drivable power.

In its place went a locally sourced VX SS Gen-III engine, and around the same time, Gavin phoned Harrop to have a new HH112 Stealth blower and 10psi pulley sent across.

“I’ve fitted a few before and love the power they put out while keeping the economy. Also, it all fits under the bonnet,” he says. Okay, so the firewall has only millimetres of clearance, and a bonnet rib or two has been removed, but it still fits. 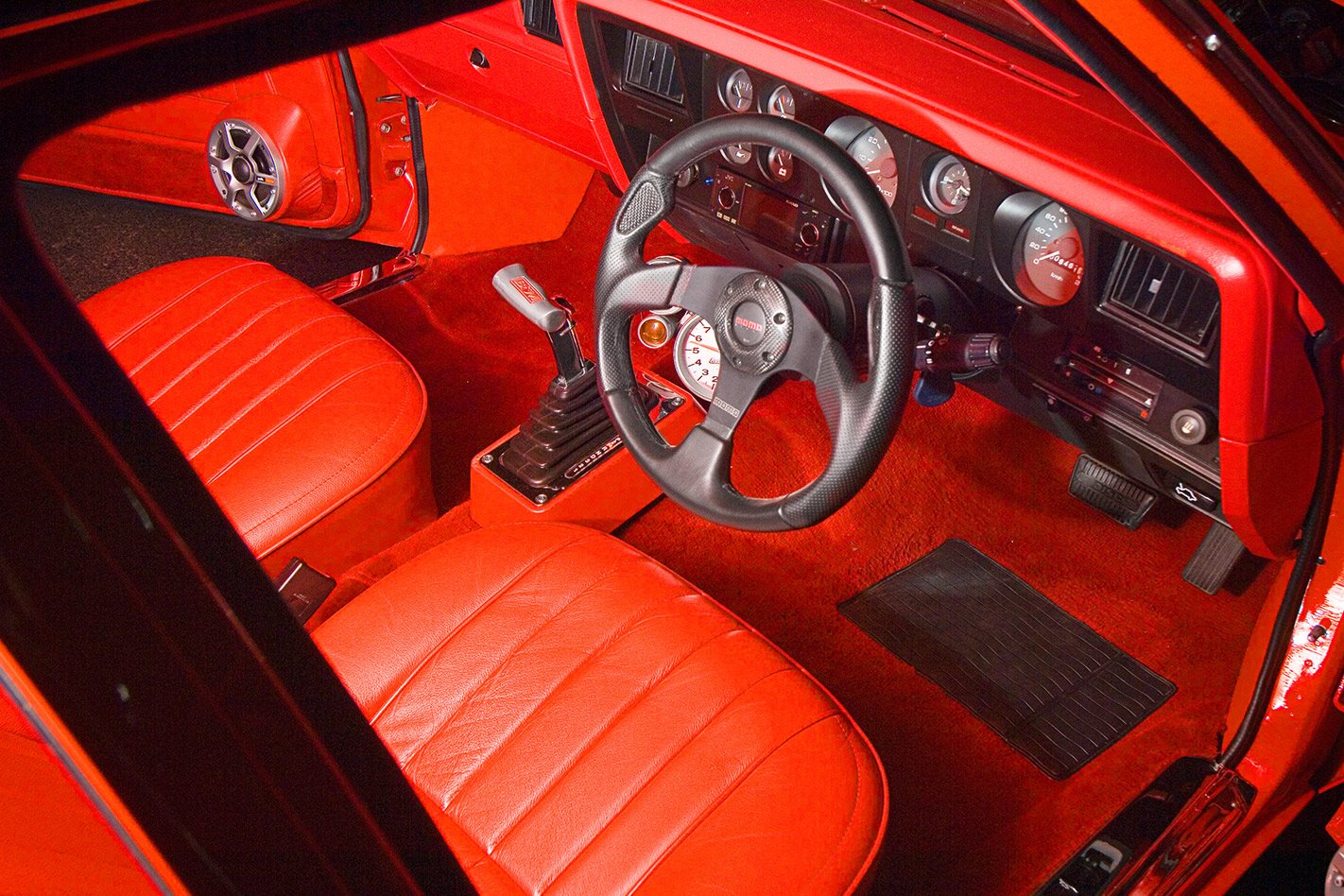 While the GTS dash pays tribute to the HZ’s 70s heritage the rest of the interior has been upgraded thanks to Autometer, B&M and Momo. Oh, and lots of red!

Gavin’s mill was given a freshen up, and filled with goodies in preparation for blower duties. Updates to the 5.7L included a 2.0Bar MAP sensor, mild cam, improved 42lb injectors and Crow valve springs for good measure. The intercooled set-up’s been chassis dyno’d with an impressive 345kw at 9psi with equally impressive torque. A far cry from the original 161kW for the standard 308.

Faster air in equals fast air out, and this has been compensated with 4-into-1 DiFilippo exhaust with twin 3-inch pipes out the back. “I would have made the exhaust myself, but I was on a timeline and DiFilippo already had exhausts made to suit.”

Rounding off the build are Lovell’s ‘Super Lows’ springs aided by Koni adjustables that have seen the ride height plummet a good 2.5 inches closer to the bitumen. Super Pro bushes keep body roll in check and DBA slotted discs assist with stopping duty. Center Line Auto Drags adorn the hubs to give the HZ with a bit of bling. 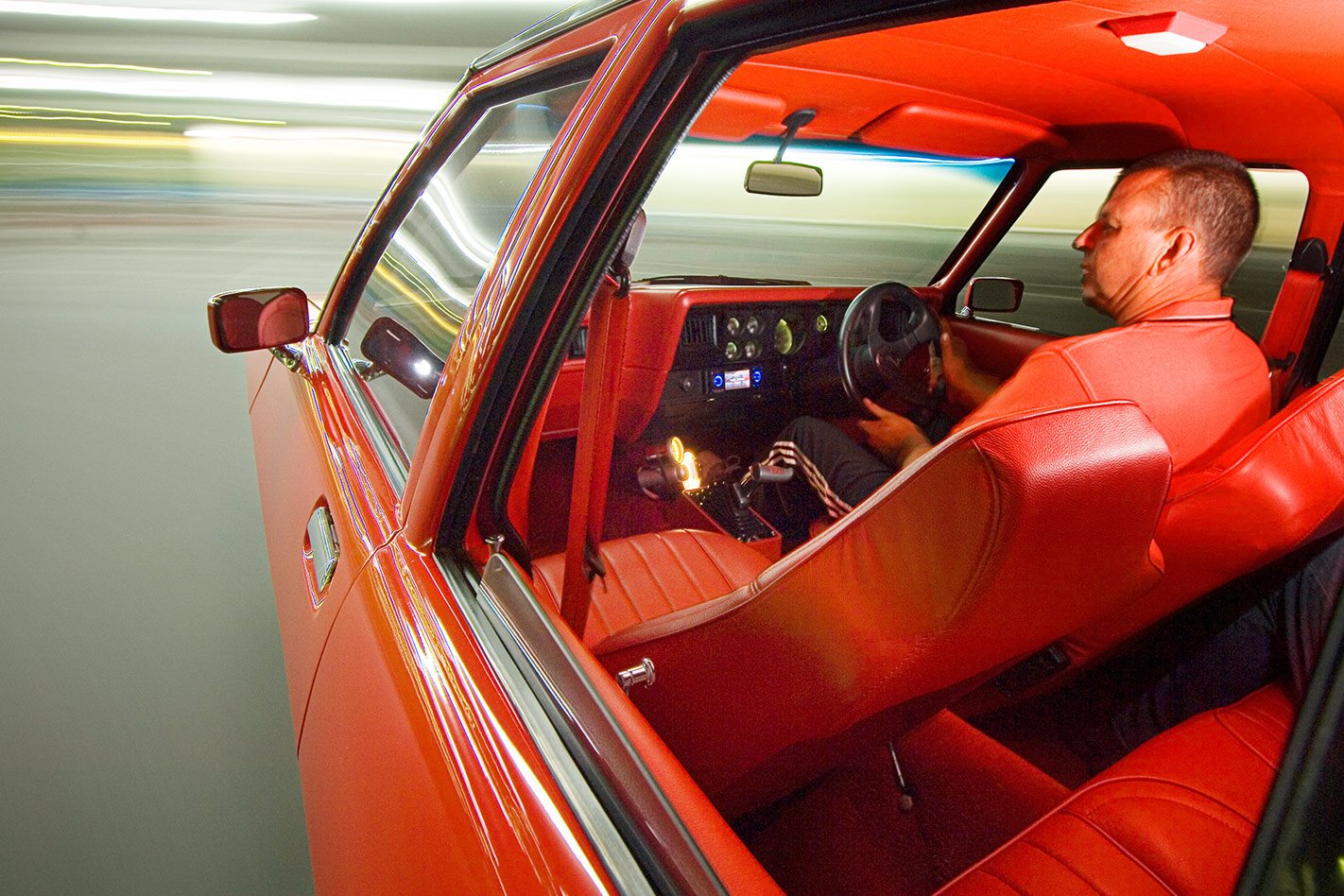 Gavin likes to be busy, so it’s little surprise that his next project is already mid build. “The LX Torana is off for paint shortly,” he says, and no prizes for guessing one of the colours. In fact, as a point of difference, the Torana’s body will be orange, but “I’m doing the springs and shocks and other componentry in the Aztek Red.” 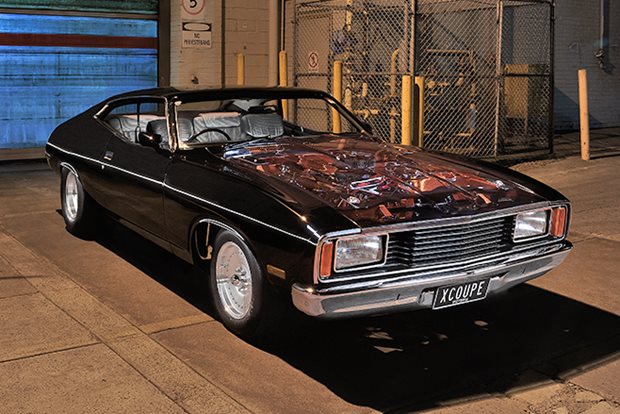 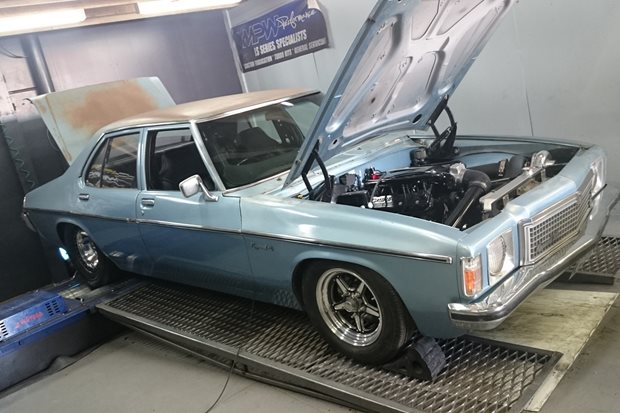 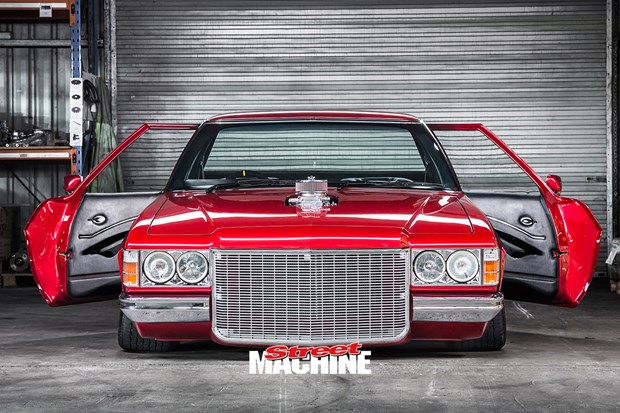