THE future of street machining is in good hands thanks to younger folks like Canberran Michael McLean. The last Valiant rolled off the production line in 1981–well before the 29-year-old was even born – but his VJ Charger offers a neat mix of old-school and modern build influences. 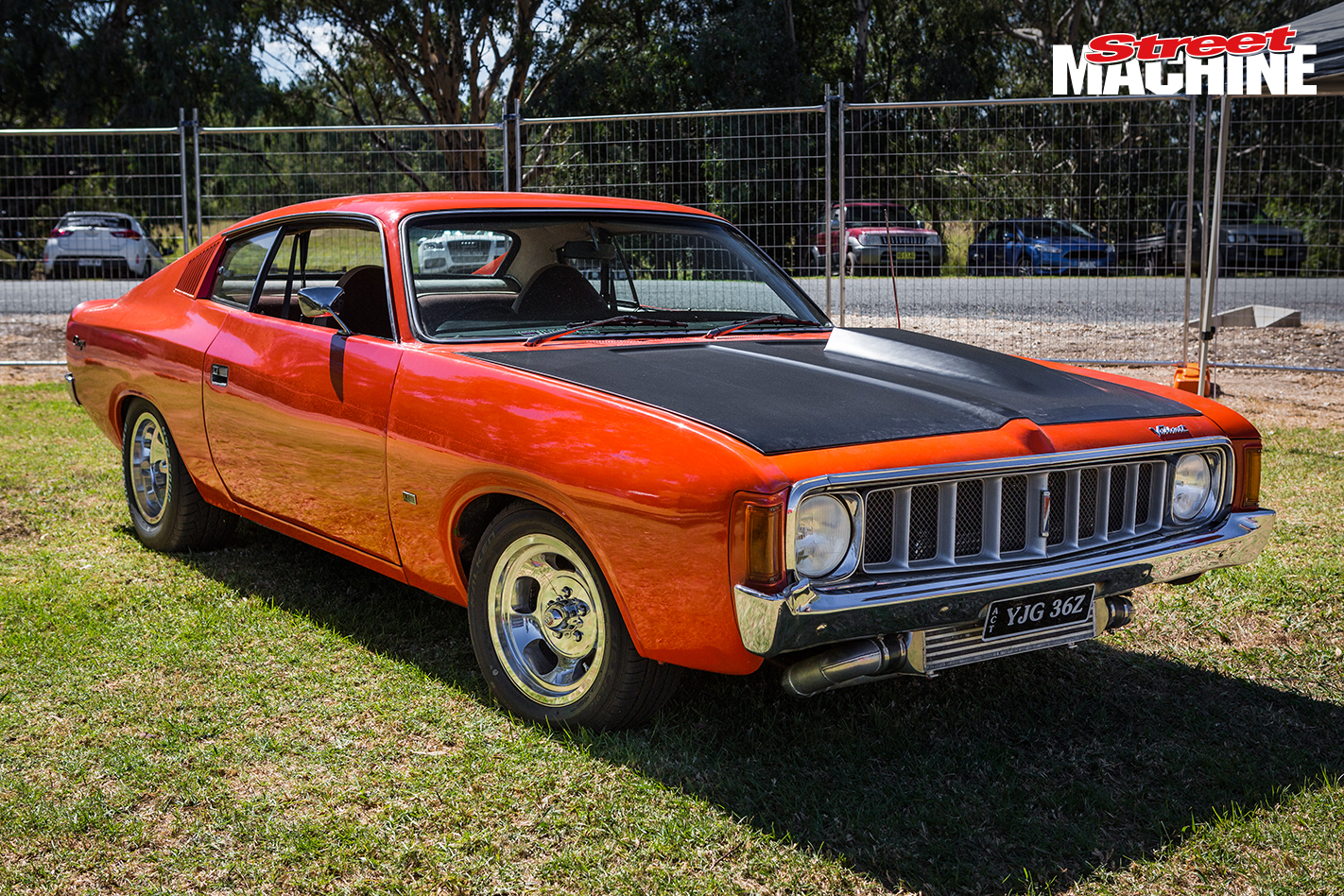 We spotted Michael and his Charger at this year’s Chryslers On The Murray in Wodonga, and were curious as to what was going on under the bonnet. The orange paint and jellybean mags may be familiar Charger fare, but the missing front pan that reveals a hefty intercooler, along with an audible blow-off valve as he scoots by, befits the more common attachment among his generation to the import scene. 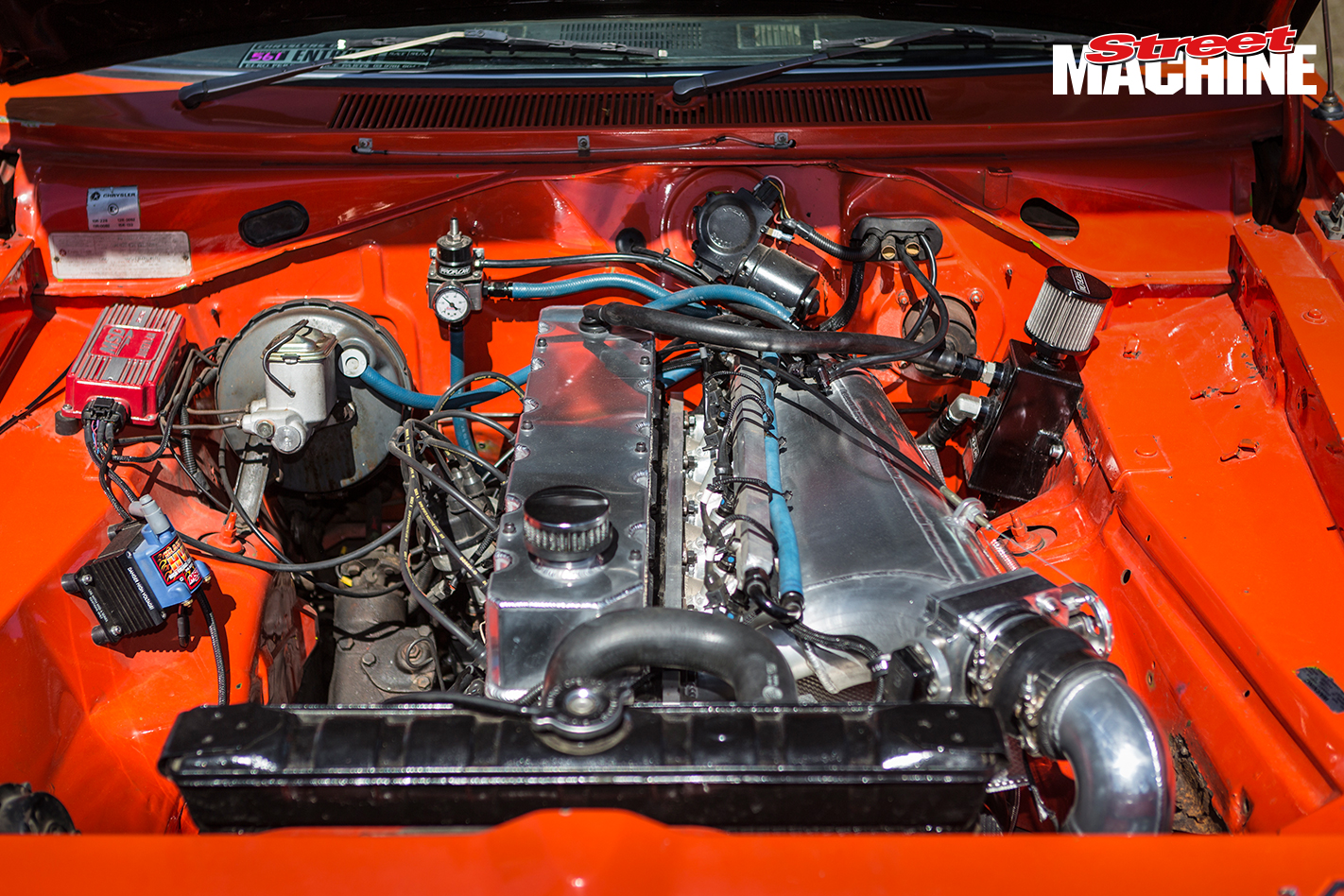 The GTX3582R turbo is hidden beneath the custom plenum. The brains of the outfit is an Autronic SM4 computer, with a ProFlow 80mm throttle body and Bosch 1000cc injectors – chosen to future proof the combination should Michael decided to switch to E85 fuel

“I remember seeing a Charger when I was eight or nine and was instantly hooked; I wanted one so bad,” Michael remembered. “I bought my VJ back in 2012 and went down the turbo route because I wanted to do something different to the usual triple-Webered Hemis or tough V8 paths that most seem to favour with Chargers.”

So Michael, along with Andy Sanders at Specialised Power Porting in Mt Helen, near Ballarat, set to work to develop a tough yet reliable Hemi-six combination. 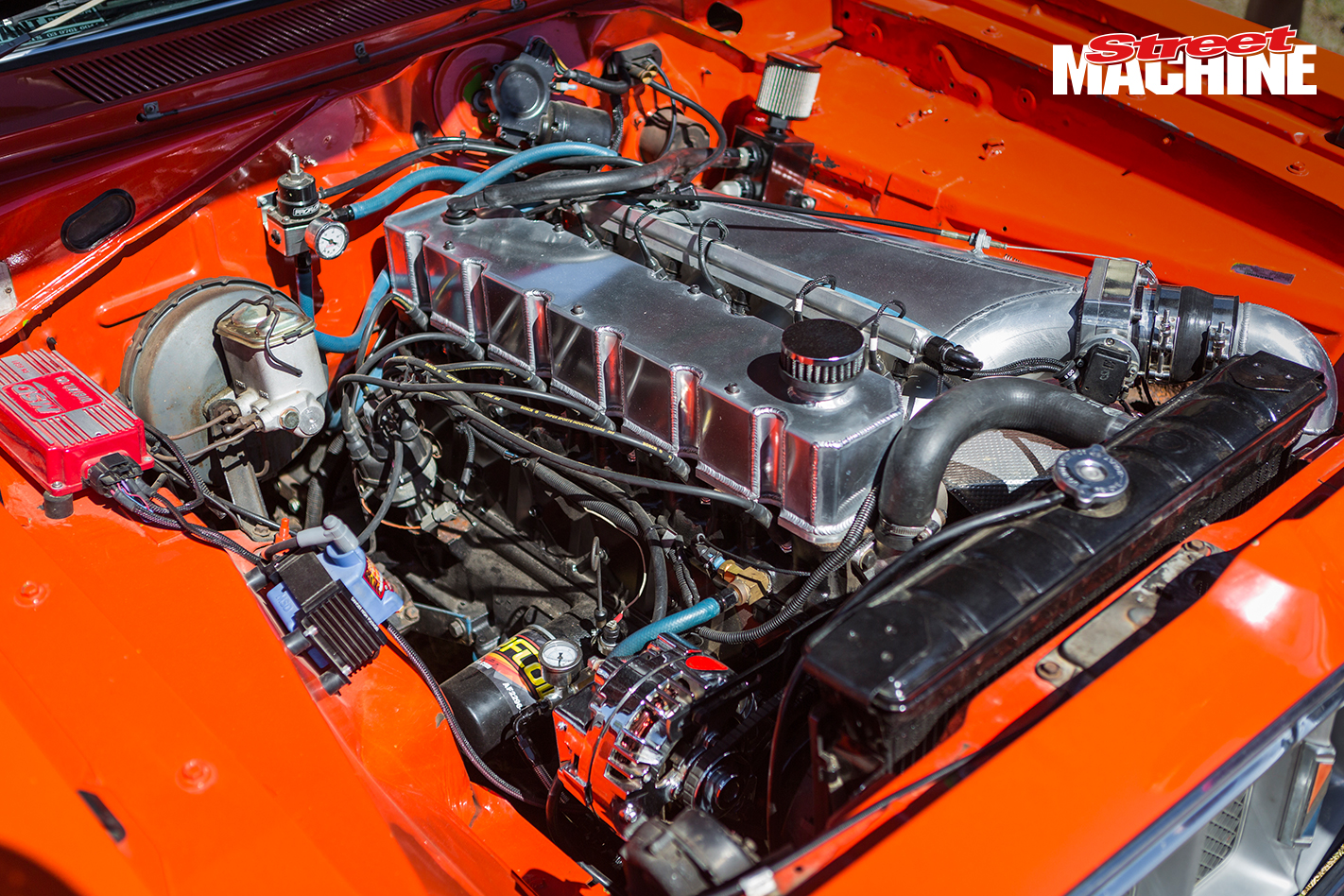 A Hemi 245 – yes, not a 265 – was chosen, but it’s not your garden-variety Valiant donor donk. “It’s a low-compression ‘Heavy Duty’ engine from a Dodge truck,” Michael said. “They’re readily available and cheaper to buy, and have stronger internals than a normal car-based Hemi, which makes them a better starting point when boost is on the cards.” Internals are basic, but include forged pistons and H-beam rods. 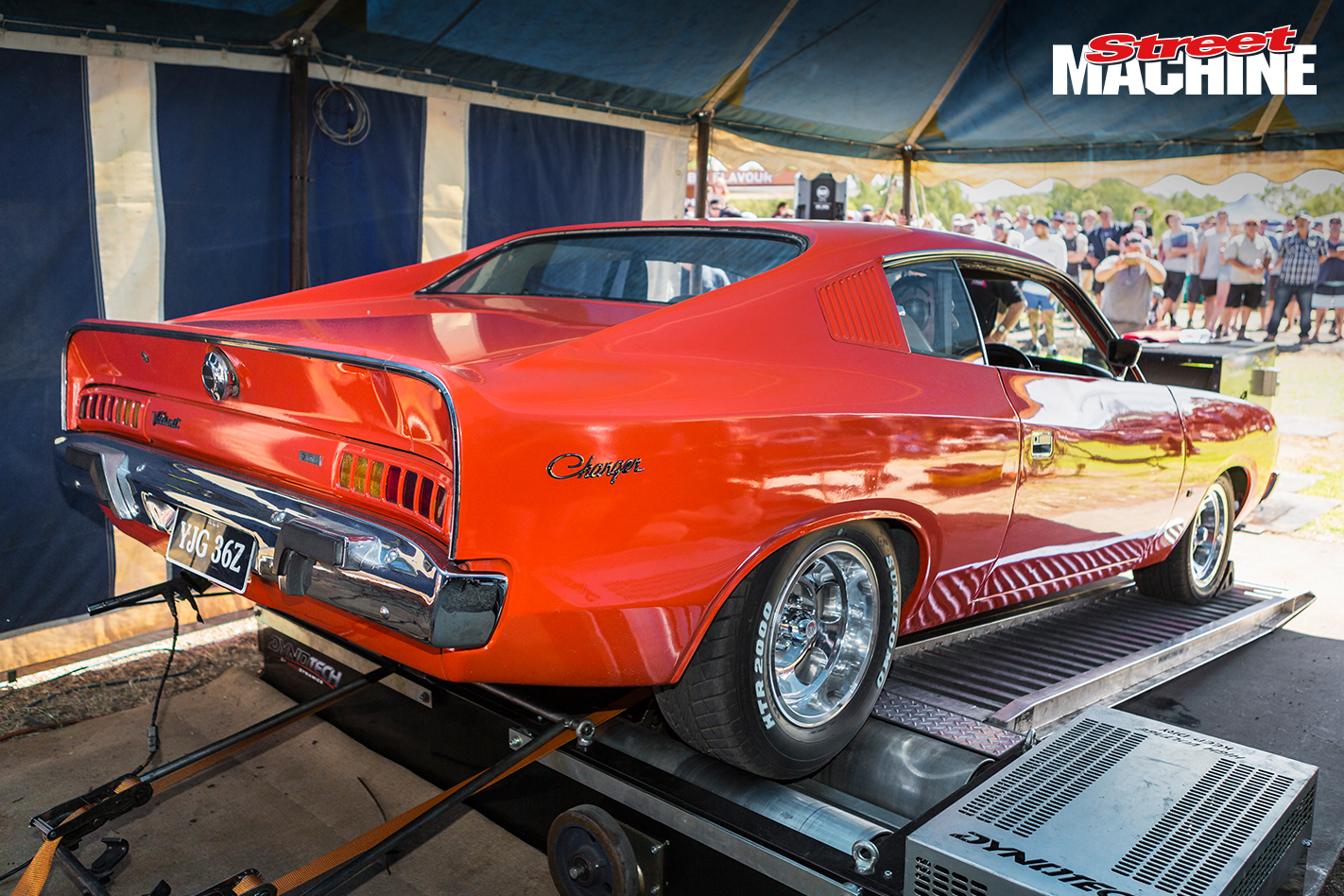 Andy weaved his magic on the Hemi to ensure both reliability and performance, while the addition of a GTX3582R turbo running 20lb of boost is the latest upgrade.

“The previous combo ran a smaller turbo and less boost and was good for 356hp on the dyno at Chryslers On The Murray 2016,” Michael said. “This year we upped the ante to the current combo and made 460.8hp; I was over the moon!” 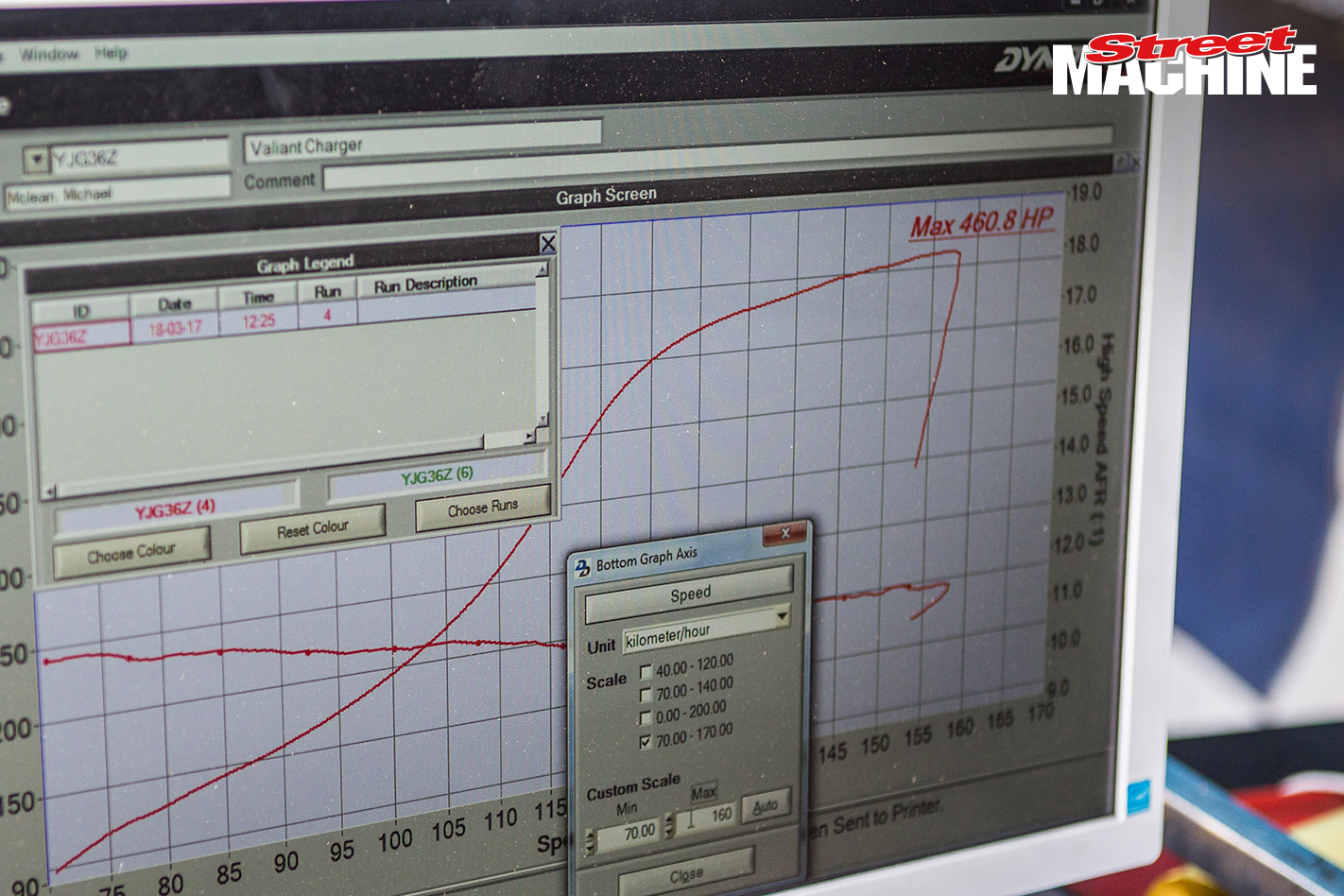 Nearly 2hp per cube is very impressive in anyone’s language, and Michael’s focus now is to further refine the reliability of the drivetrain and give the Charger a cosmetic makeover. “I’m looking to fit a ceramic button clutch, and so far the single-rail four-speed is hanging in there so I will cross that bridge when I come to it,” he laughed. “The BorgWarner diff has 3.7 gears, which I’ll drop to a more turbo-friendly ratio too. I wanted to have the developmental work finished before attacking the panel and paint, and will most likely respray it in the factory Green Go colour.” 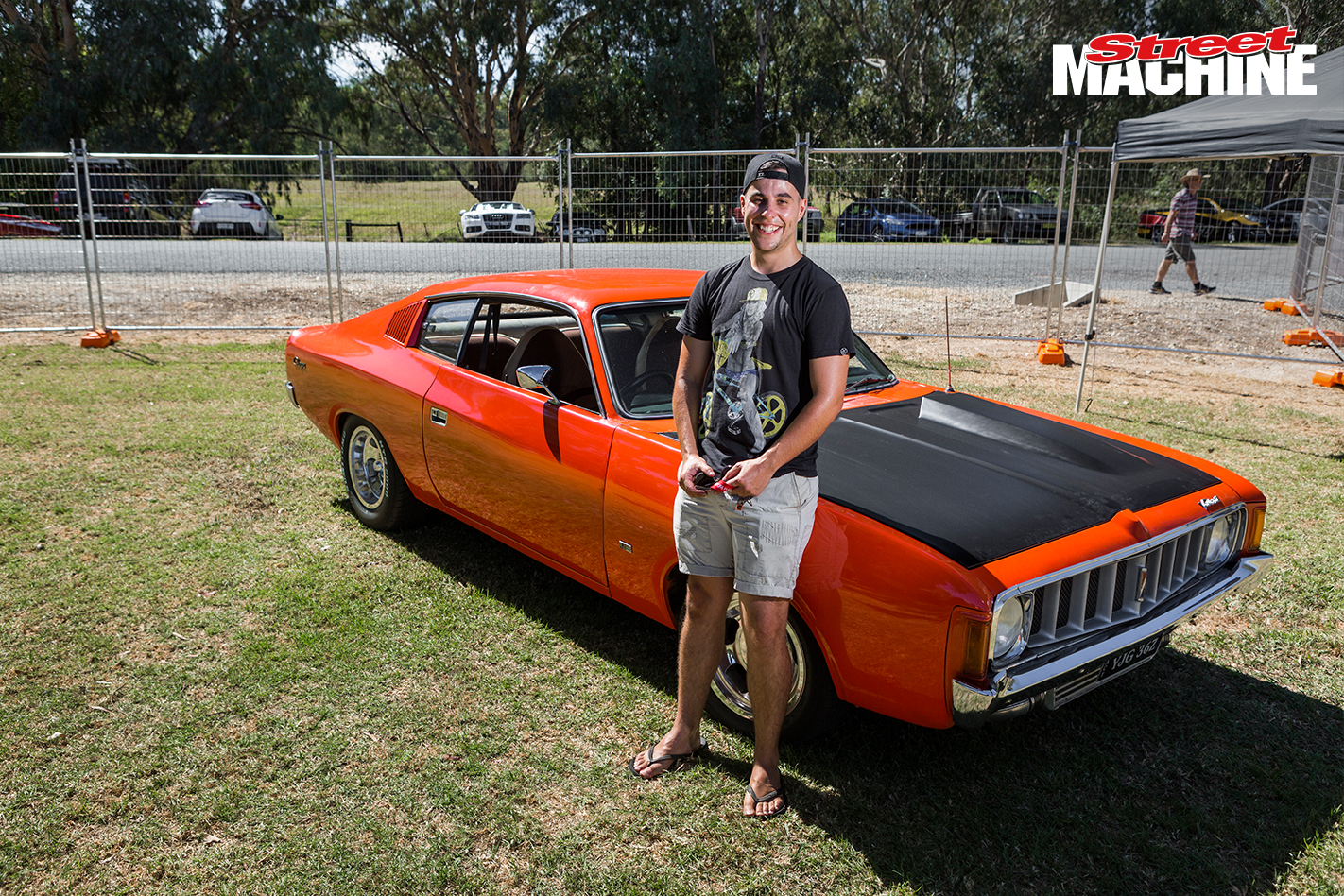 In the meantime, Michael is happy to drive and enjoy the Charger. It was a regular sight on the streets during COTM and a surprise package for many who witnessed his Saturday dyno run. “I can’t wait to drop those diff gears. First and second gear are just for show at the moment,” he laughed.