Matt Hart applies aching amounts of cool to every ride he builds; his 1966 Plymouth Barracuda is no different and packs 470 horses to boot

AS FAR as Matt Hart is concerned, the 60s was the purest era for motor racing; it’s a period he’s replicated on all his rides. But when his plucky Porsche was swamped by screaming small-blocks at a race meet, he knew it was time to rethink his take on the timeframe. 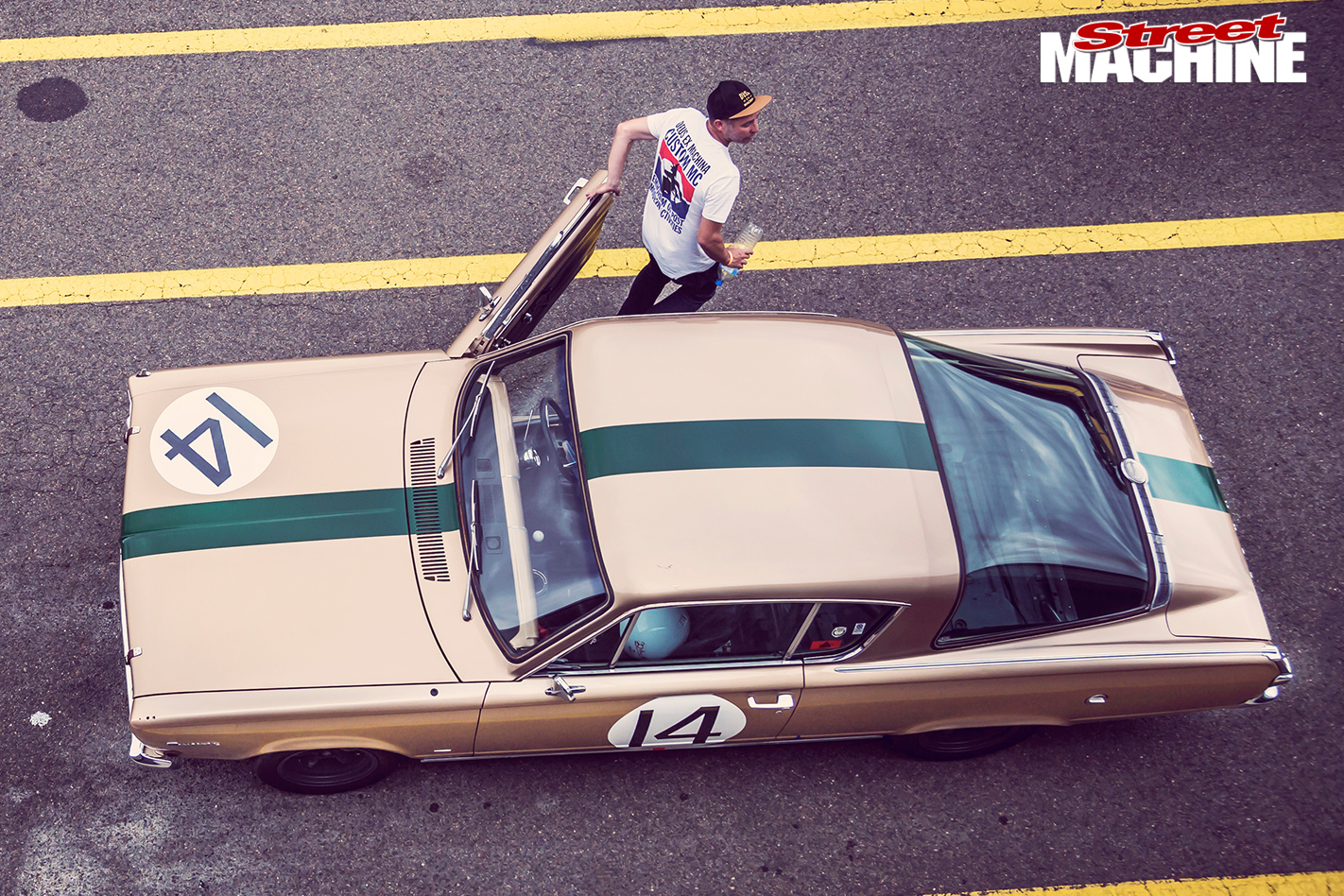 Plenty of different cars have been given the Matt Hart treatment over the years, from an HR Holden to a Renault 10, but all have been tied together by the 1960s racer theme – ditch the hubcaps, apply some low, add some noise, then race. It’s a great way of instantly converting the cheap and cheerful classics of yore into conversation pieces. “I was always drawn to that era,” Matt says. “The cars were familiar and you could buy them at your local dealerships.” 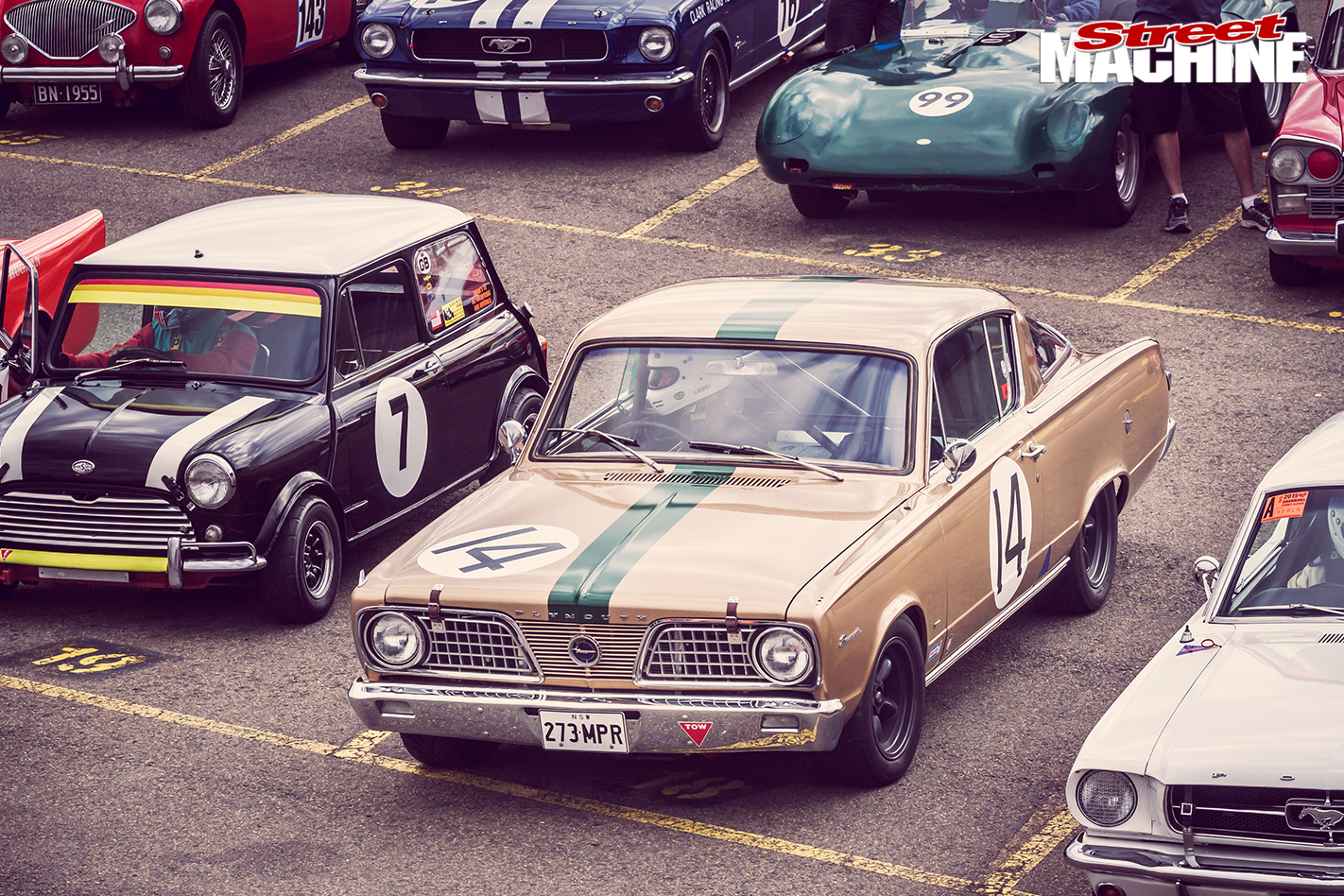 This was true across all tin-top categories of the time, including drag racing, which gave Matt direction for his first build – an angry Valiant hardtop that ran against Arby’s WAR440 back in the 1990s. “I chose the VF because of the US-drawn lines; it truly was the closest shape to a pure American muscle car we got from the Aussie Big Three,” he says of the VF’s US-sourced sheet metal. “I had some fun and took out the Oz Muscle class title, then sold it to go travelling.” 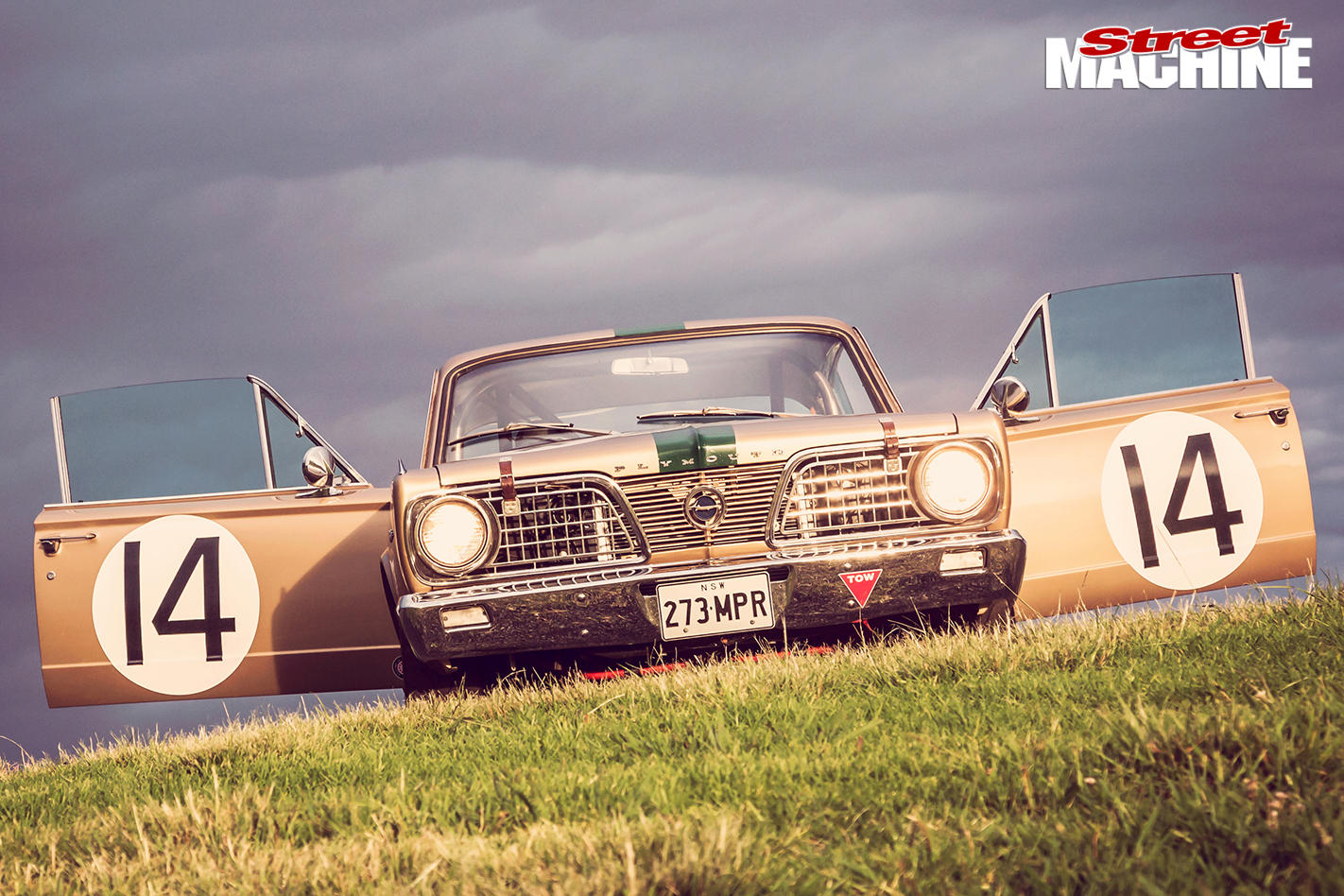 It turns out his old VF really won some fans. “I still get people telling me they loved that car, that they’ve still got a poster of it hanging in the shed. I had no idea until social media came along!” 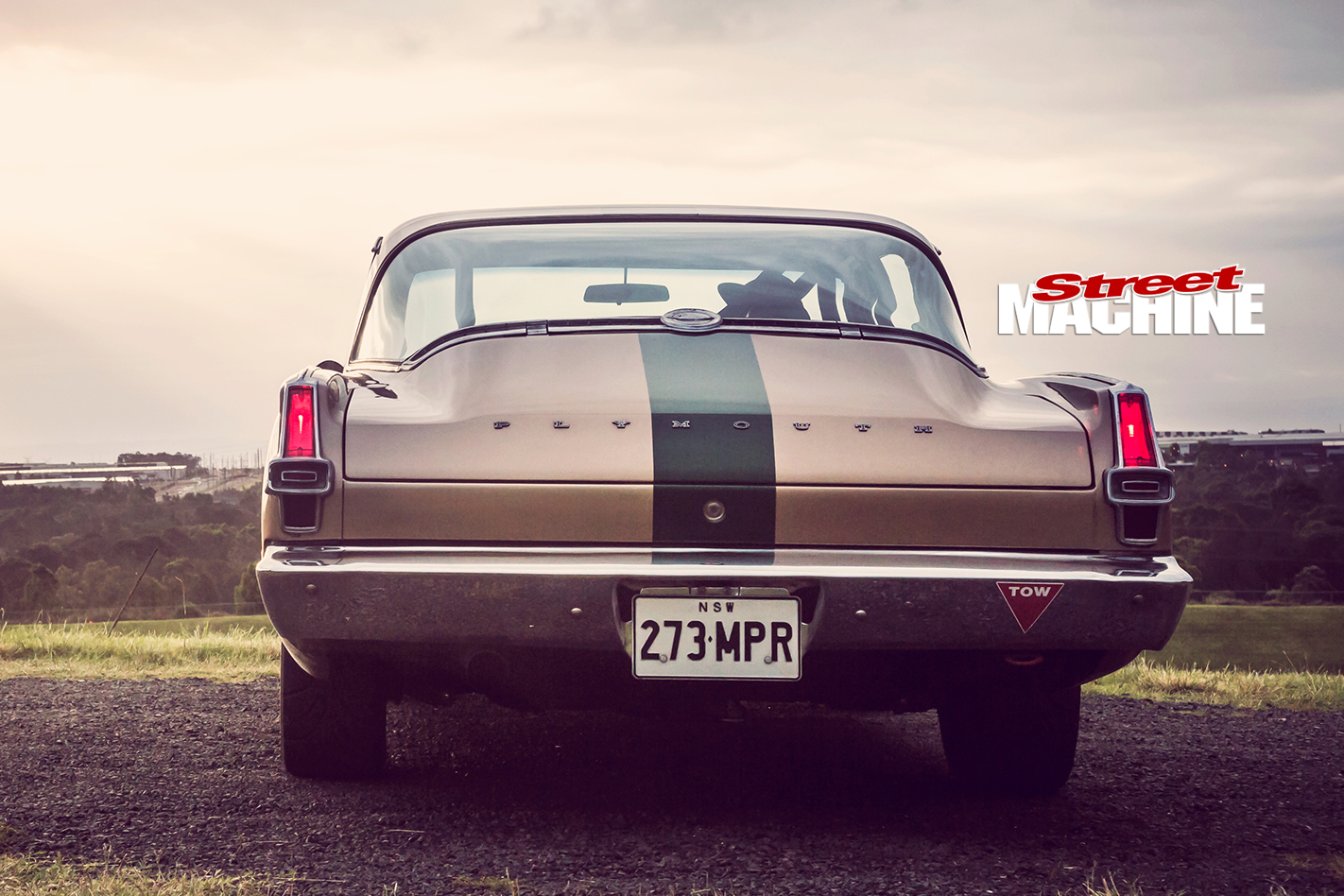 After returning from his travels, Matt went European, buying a 1969 Porsche 911 and applying his usual flair. “They were cheap back then,” he says. “I put on some period accessories, wheels and a sports muffler; nothing more than the factory would have homologated back in the day.” 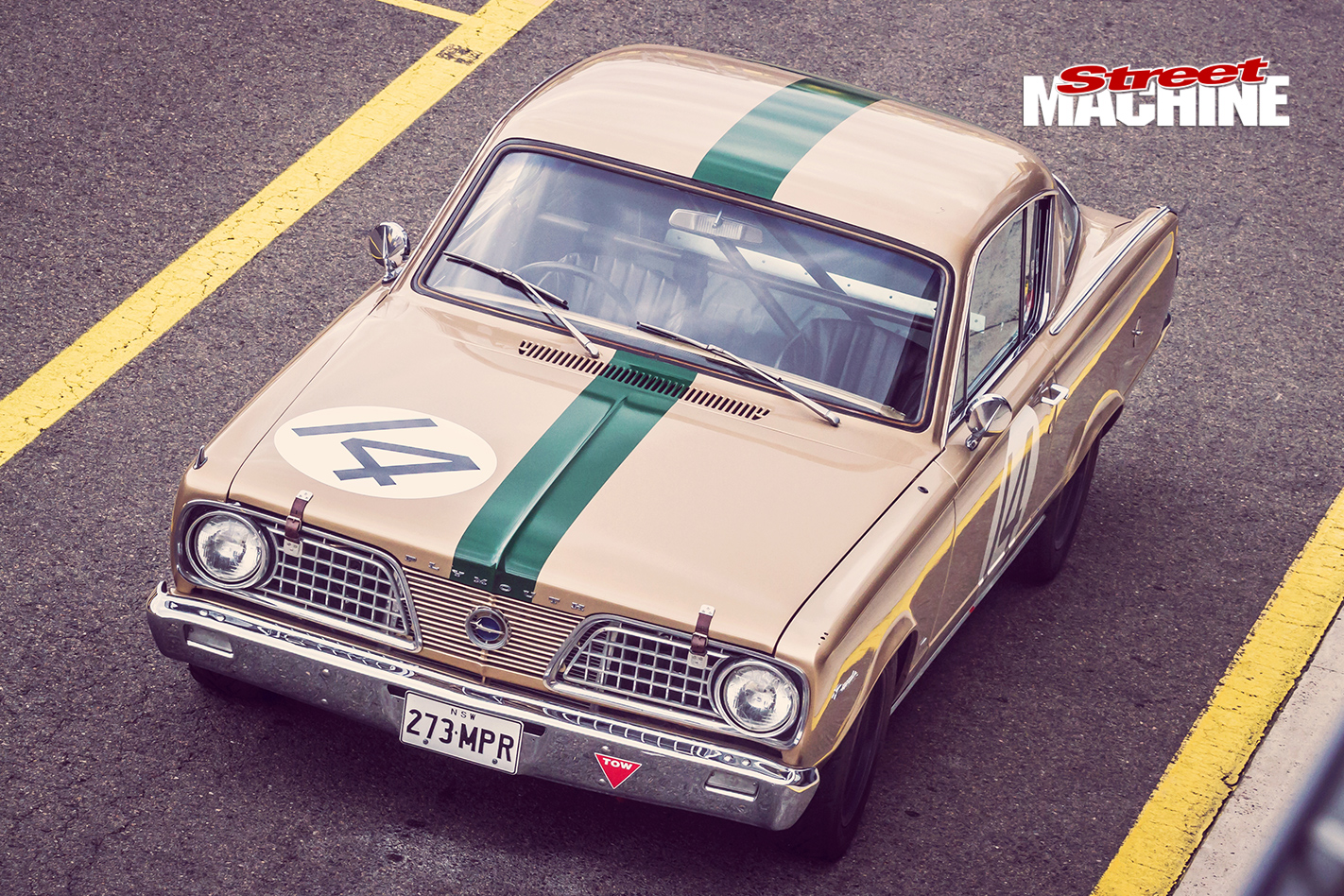 Matt was behind the wheel of his Porsche when he had an epiphany. “I was flat knacker down Eastern Creek’s Pit Straight when a 289 Shelby Mustang overtook me like I was standing still!” Upstairs, the cogs started revolving before he’d even returned to the pits. “My thoughts went to a Barracuda I’d seen in the classifieds. Next thing I knew, I’d already built the car in my head.” 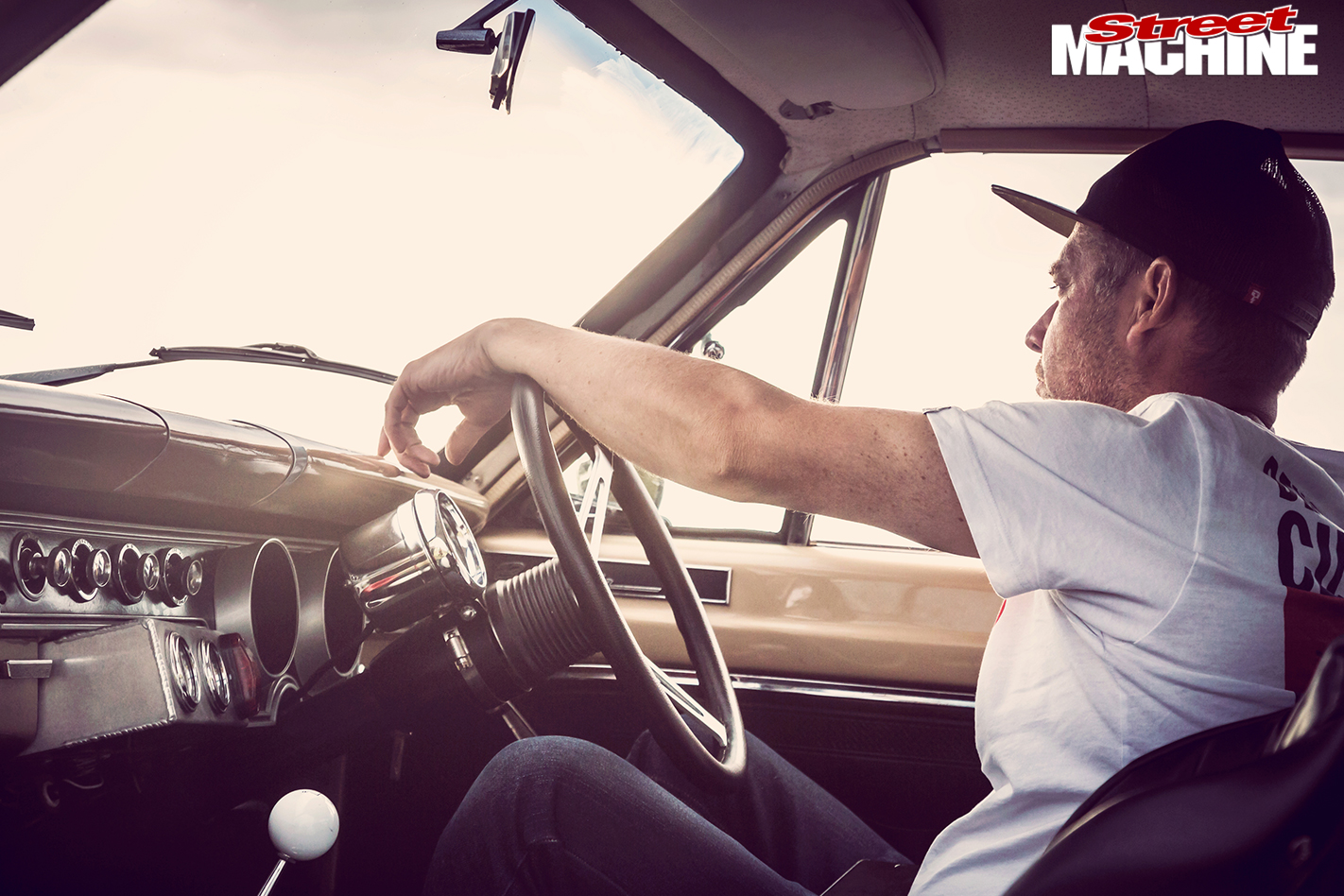 Within days, a deal was struck and the Big Fish was his. Truth be known, Matt was itching for an excuse to get back into a Chrysler. “They always had such a strong motorsport presence; always the underdog, but battled Ford and GM in many arenas and won,” he says. 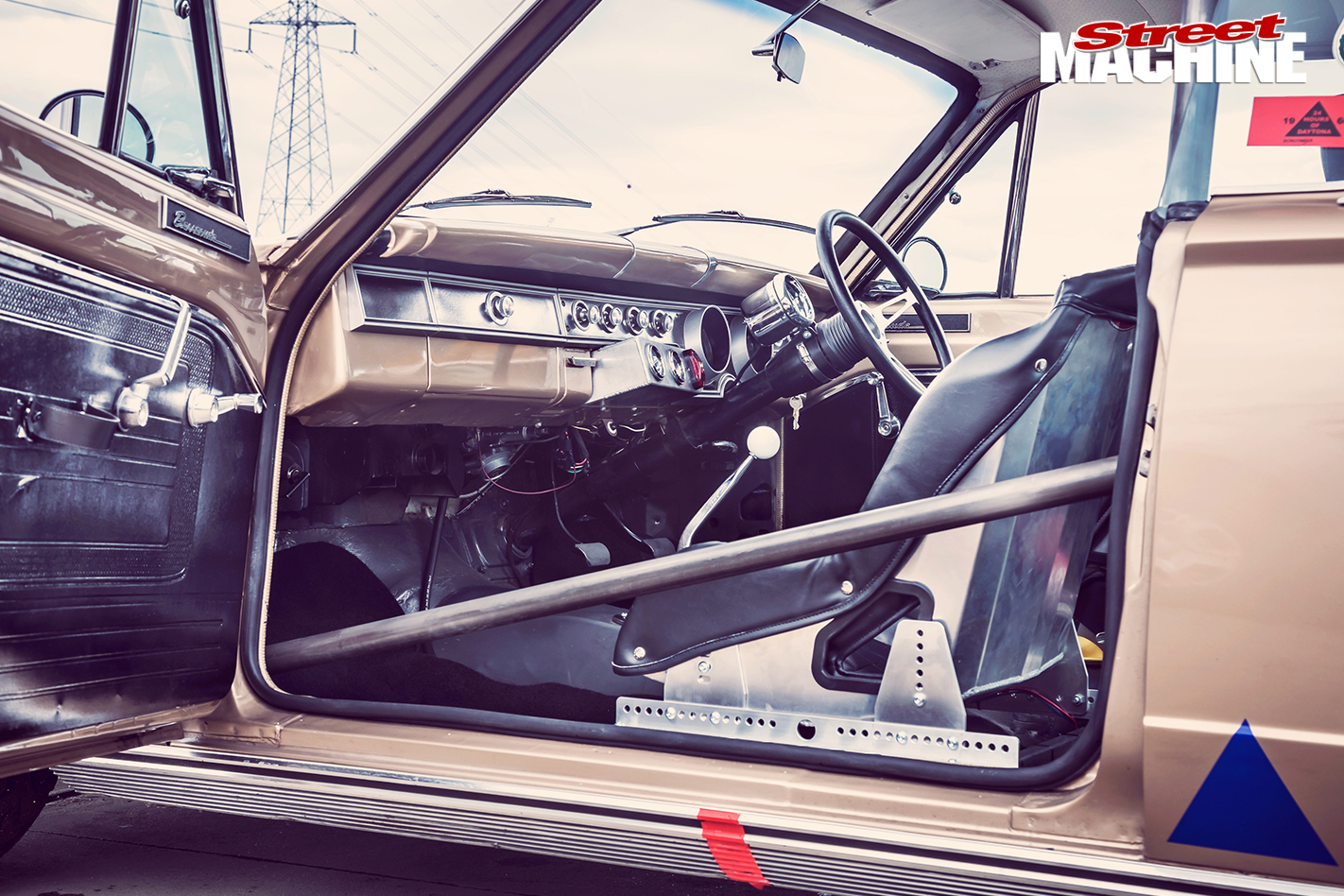 Upon getting her home, Matt stripped the interior and pulled the engine. “It had a 318 and 904 auto. Initially I thought of building a monster 408 stroker, but a factory special would have had a 273.” Besides, the sound of the high-revving 289 Shelby was burned in his brain. 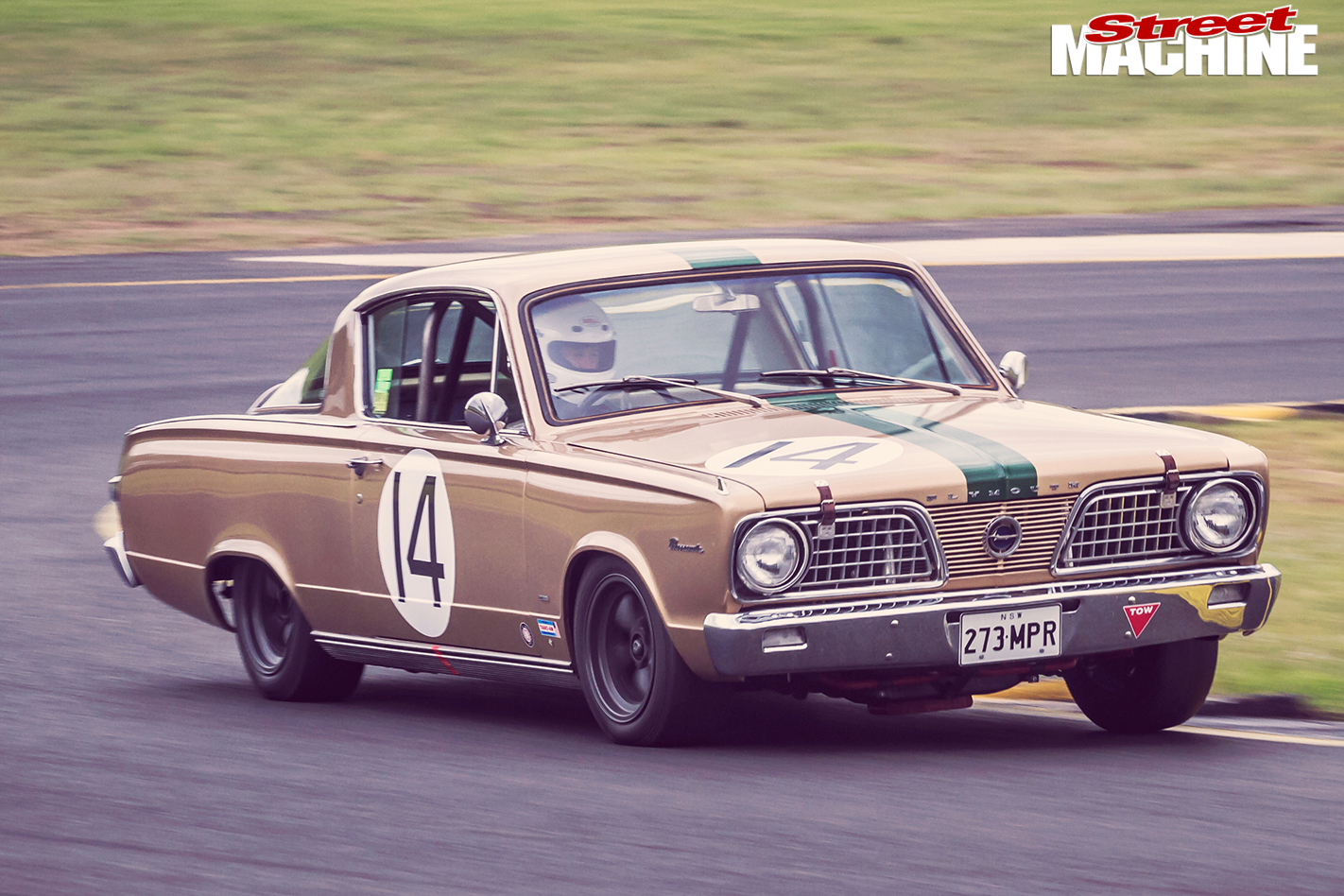 Matt set about researching the history of competition Barracudas and found, to his amazement, that they were not only fairly competitive in the first year of America’s Trans-Am racing series, they were homologated as a ‘sports car’, which allowed them entry into big-ticket European racing; think Nürburgring in Germany or Spa in Belgium, up against the likes of Alfa GTVs and Porsches. 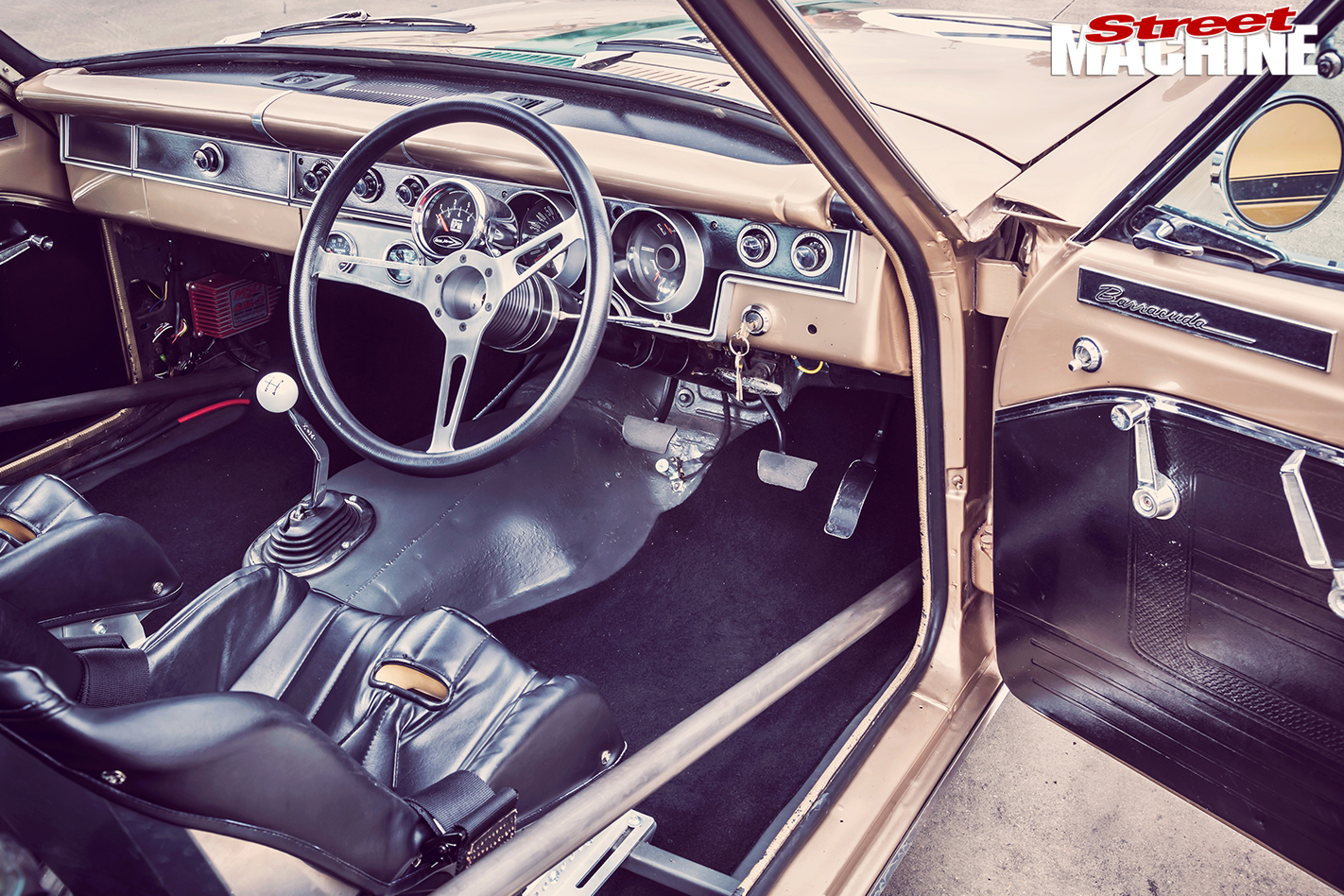 With that knowledge, Matt turned to Brad Tilley of Tilley Racing. “They used to tune the VF and they still own the blue Barracuda that held the Historic Tourer speed record down Conrod Straight, so where else could I go?” he laughs. 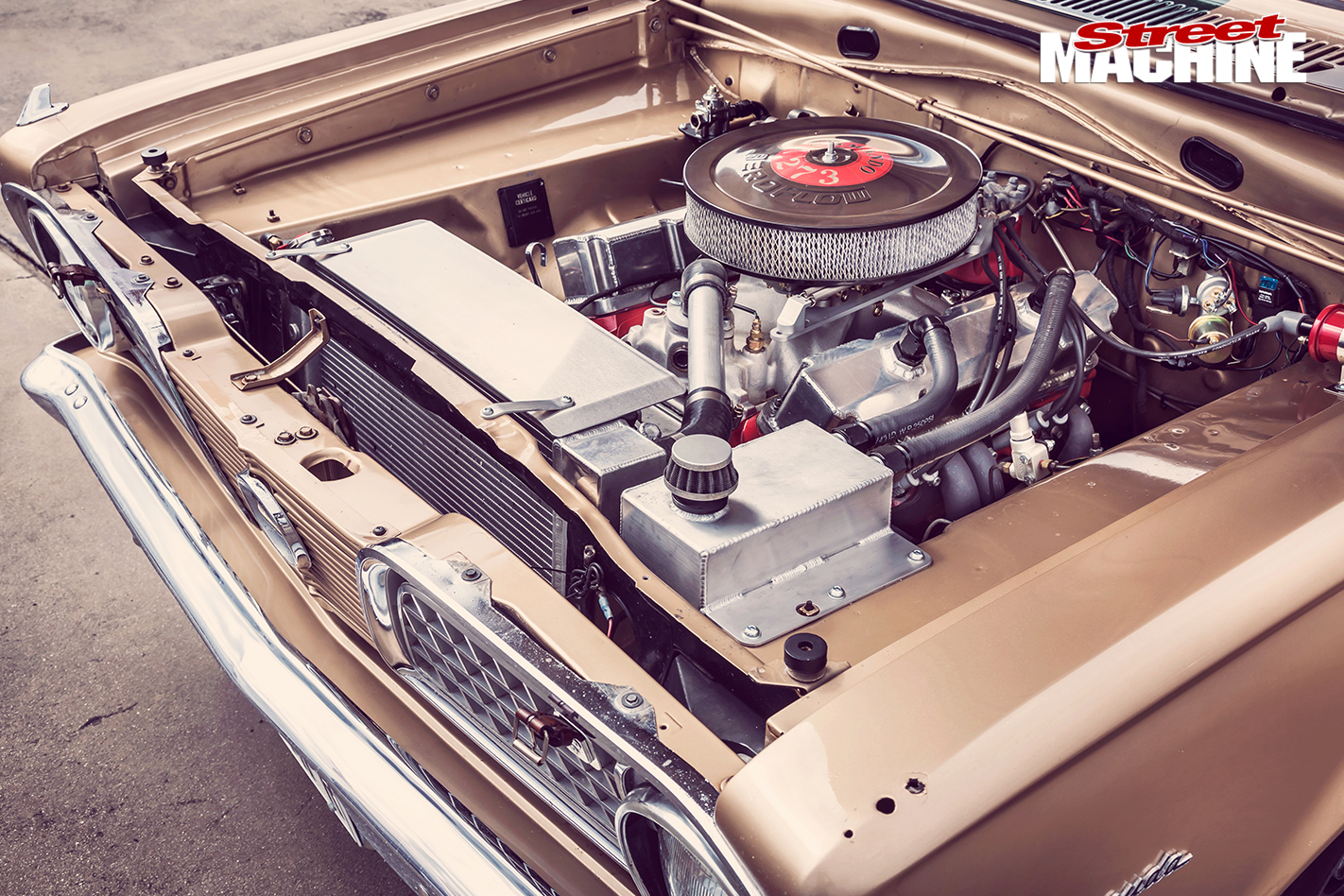 Brad imported a fresh 273 block out of the States and filled it with a smorgasbord of go-fast bits, with two aims: revs and reliability. “In going for a high-revving, circuit racing approach, it gives the car a whole different flavour,” Matt says. “It’s about refinement and precision, not horsepower.” That being said, the Barracuda punches out a healthy 470 horses at the treads, screaming away at 7400rpm! 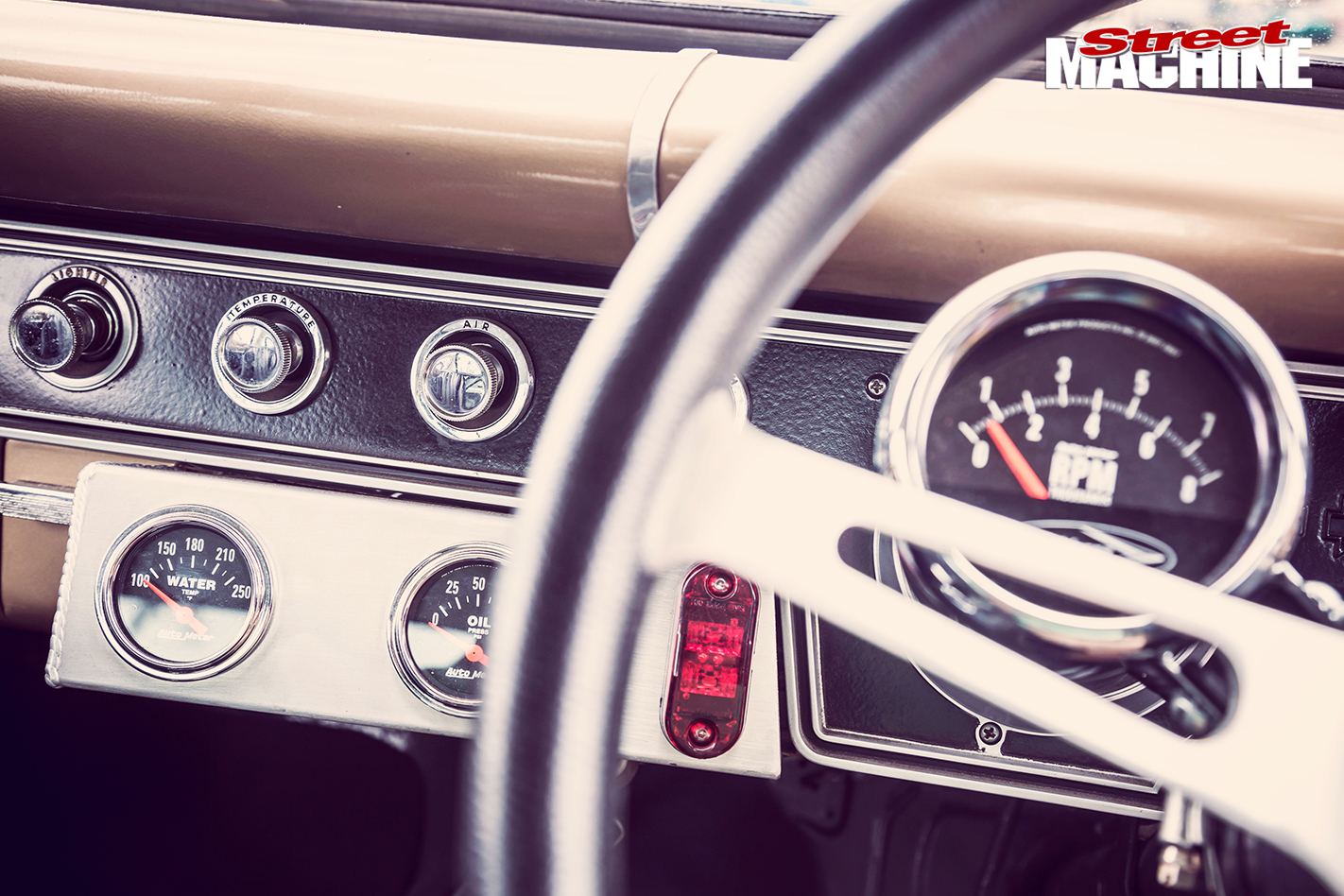 Matt painstakingly researched every aspect of the build – not only the history of the Barracuda, but also the mechanical side. From that, he settled on a set of 1.18-inch Firm Feel torsion bars up front. “Old-school Mopar boys told me they wouldn’t work, that they’d be too hard, but it rides perfectly,” Matt says. Down the back, a set of lowered leafies are controlled by QA1 double adjustable shocks. 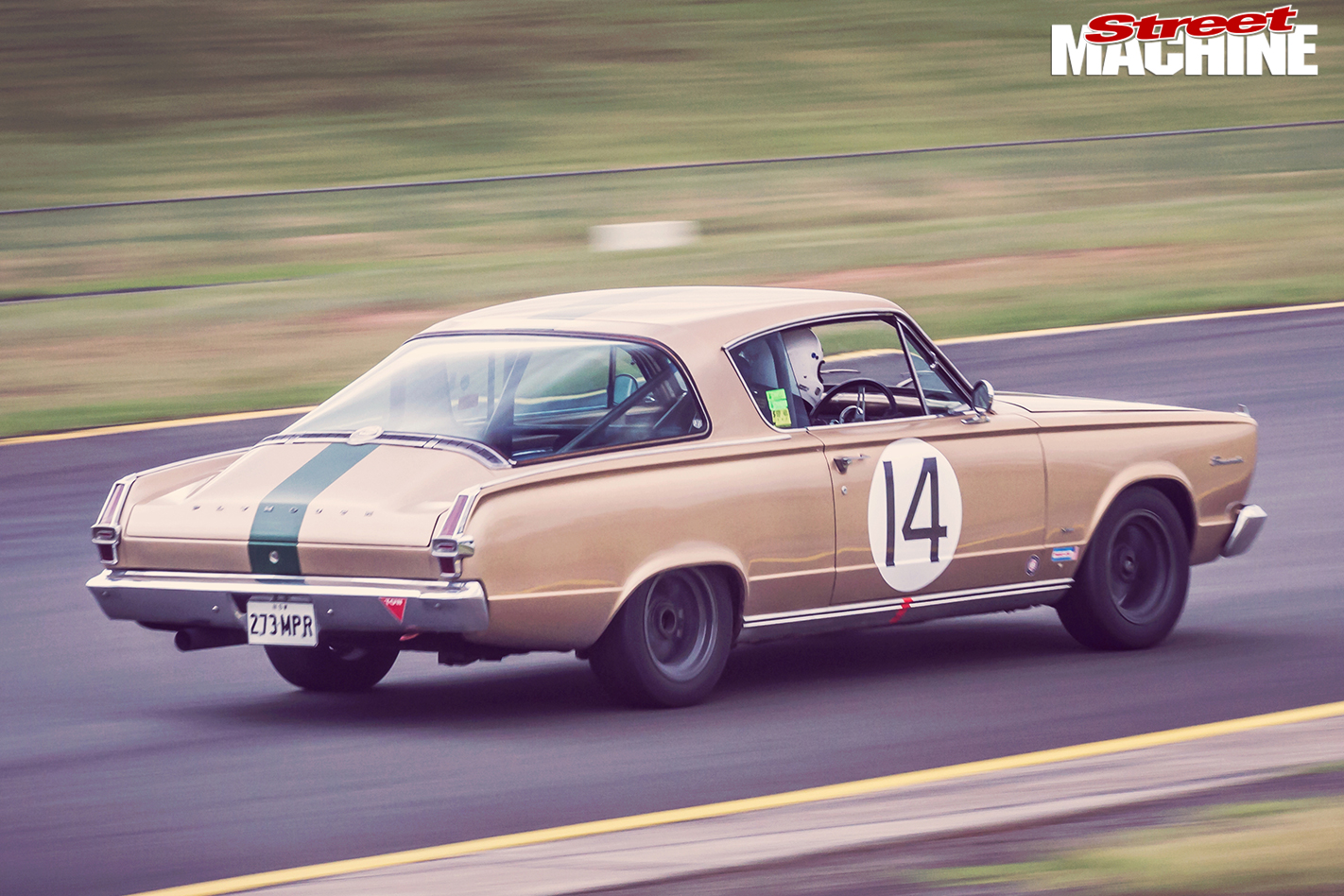 The custom nine-inch differential also helps bring some extra stance, with Diff Trans of South Windsor building in one degree of negative camber – the perfect amount for Matt’s Barracuda; any more could cause issues should he wish to fling it down the quarter for shits and giggles. 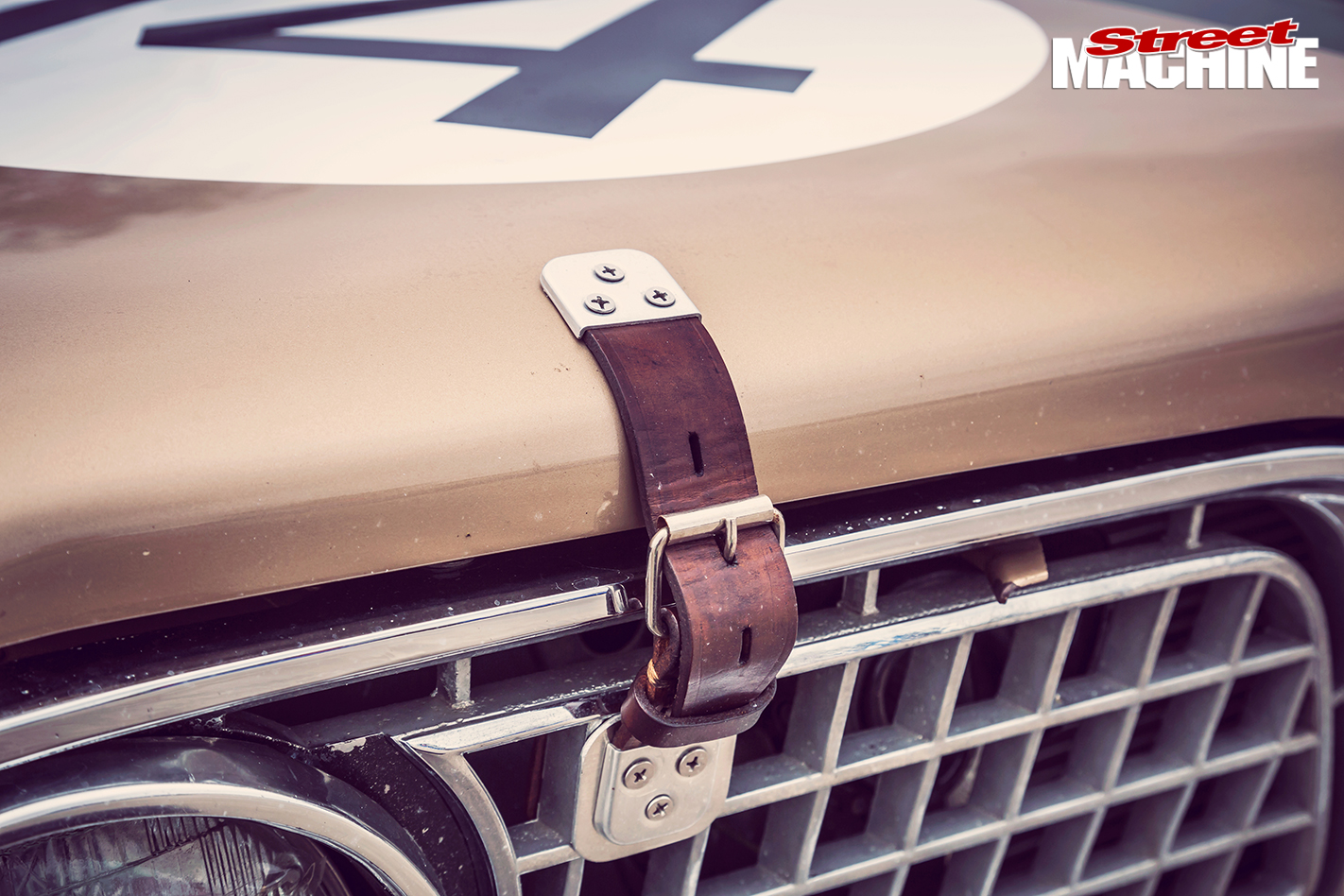 For Matt, the build is finished; he can drive it to every meet, hit it with 7000rpm gearshifts all day and drive it back home. And for every 289 Shelby he blasts off the track, Matt can add another notch to those cool bonnet belts. 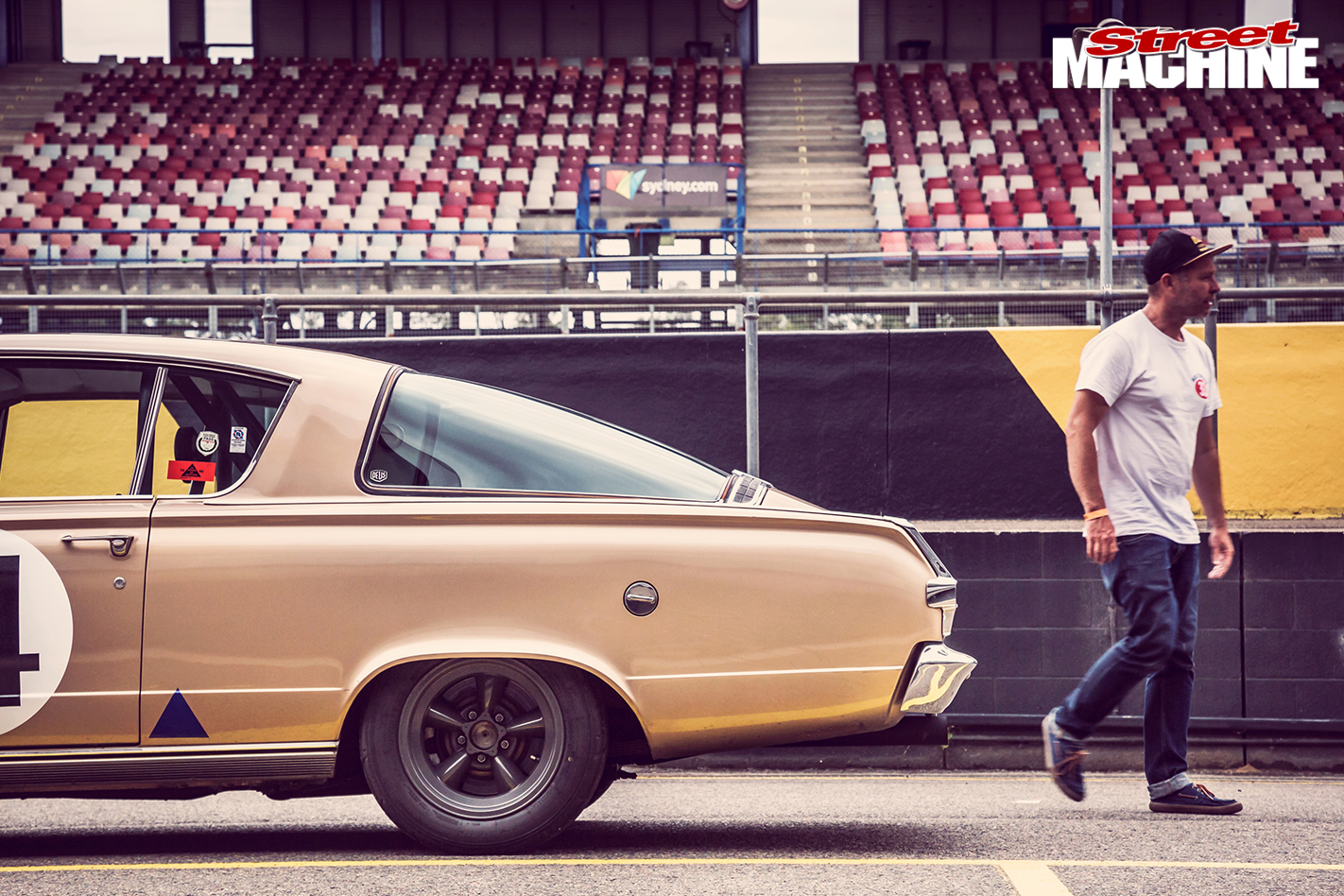