WHENEVER we ask feature car owners why they chose the model they did, there are three basic responses: they like all brands but fancied this car; they prefer this brand; or they get passionate. Damien Farrugia, builder of the XY before you, has passion. 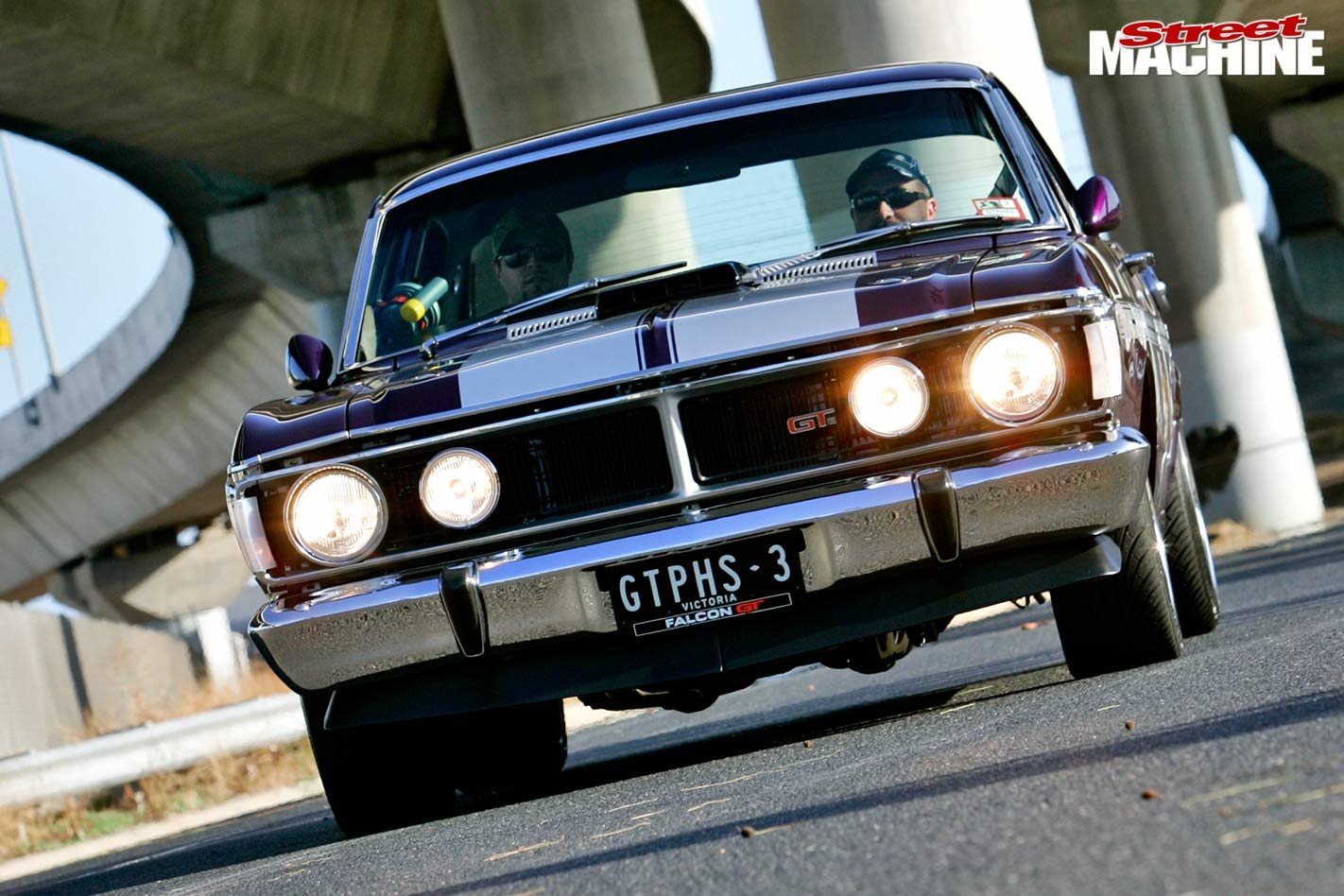 “We're a family of Ford freaks. My old man had an XW GT. I grew up taking Sunday drives in it and I thought it was the greatest thing on earth. He sold it when I was 12 — big mistake.”

But, as Damien knows, we all make mistakes.

“I had a WRX and lost my licence for two years. So I went and built a faster car!” he laughs. “It’s all good, though. This one’s just a cruiser.”

By ‘cruiser’ he means this stunning XY with a 500-horsepower stroked Clevo. 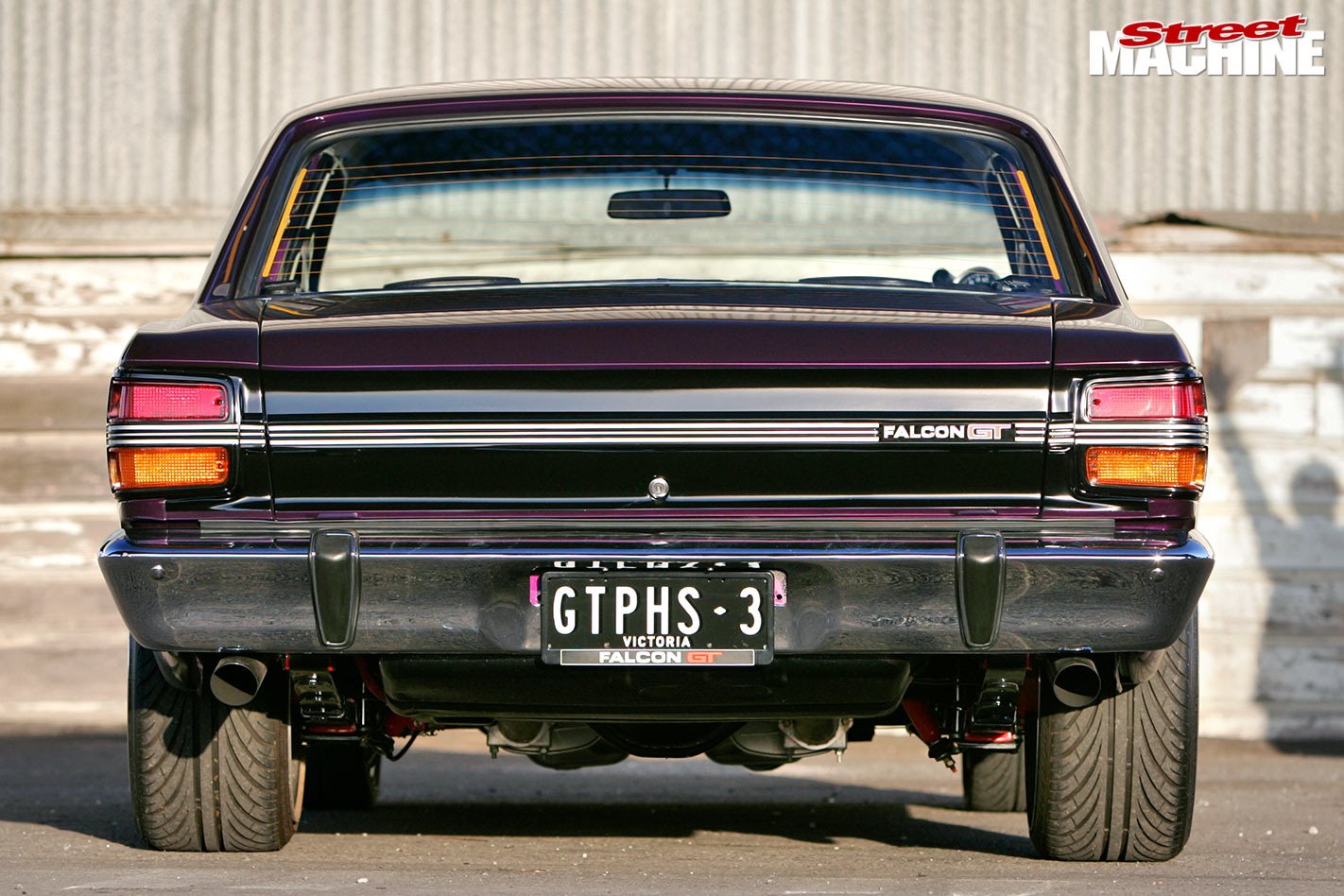 Fear not, die-hards; Damien didn’t carve up a genuine Hoey. He spent his time in the motoring sin bin creating a replica that’s customised to his tastes, right down to the nuts and bolts.

“Virtually every part, bar the shell itself, is brand new. It drives like it just came off the production line. There’s not a squeak anywhere.”

“It lived outside, so it was a bit rusty but there was no filler anywhere.” Better yet, Damien sold its 2V six-banger for $500! 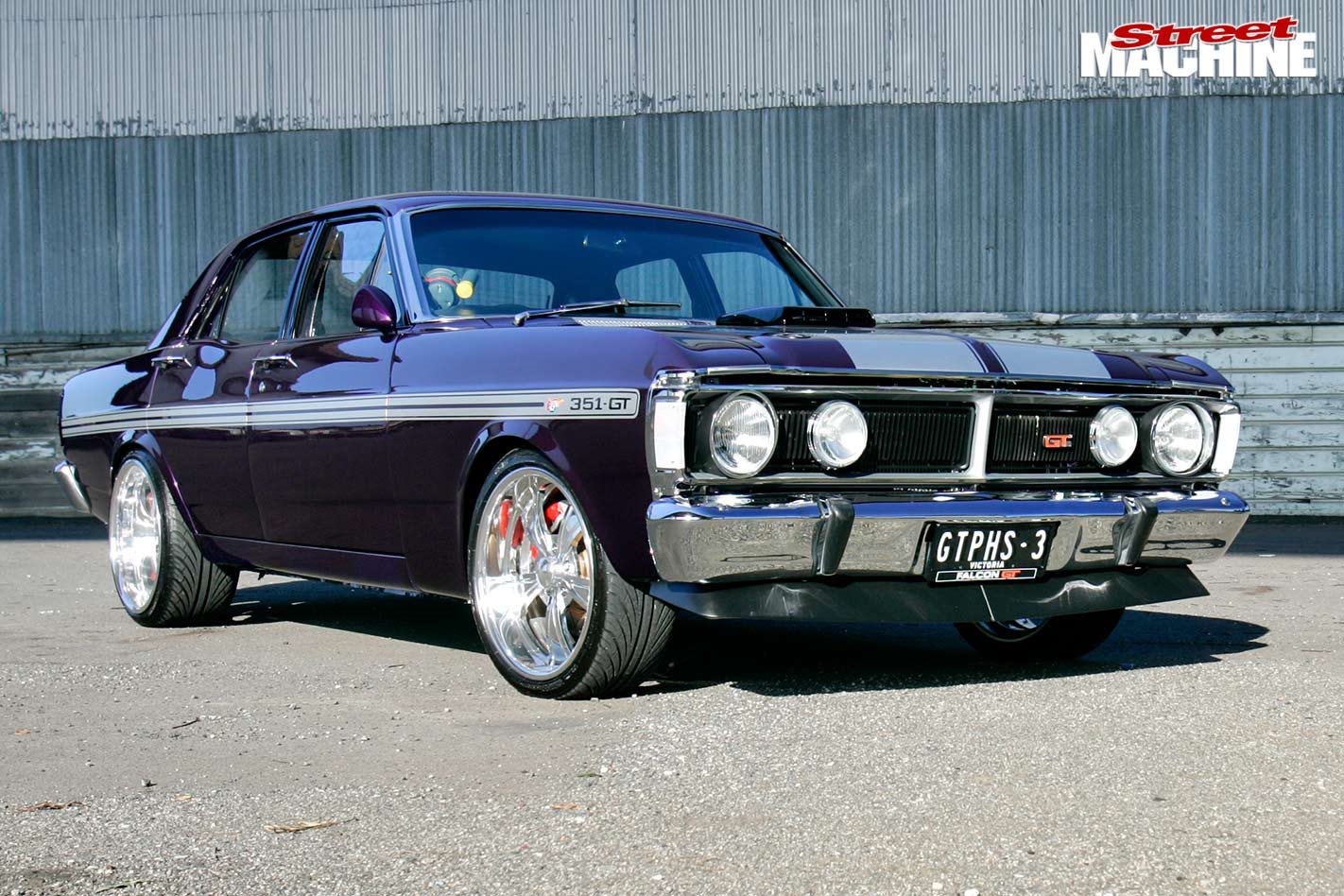 He decided to tackle most of the hard yakka himself, doing all of the body work prep with his mate Paul Falzon and assembling everything at home, in his garage.

“This was the first time I’d ever built a whole car,” he says. “And to be honest, I was shitting myself.”

The result shows he needn’t have worried. The XY is an obvious nod towards the rich GT heritage but even the panel work features personalised tweaks, such as the shaved passenger-side door lock and glassy smooth metal in the engine bay.

“The worst part was rubbing back the high-fill, especially in the engine bay. And a lot of the cosmetic bolt-on stuff was a pain — nothing fitted back on the way it should have.” 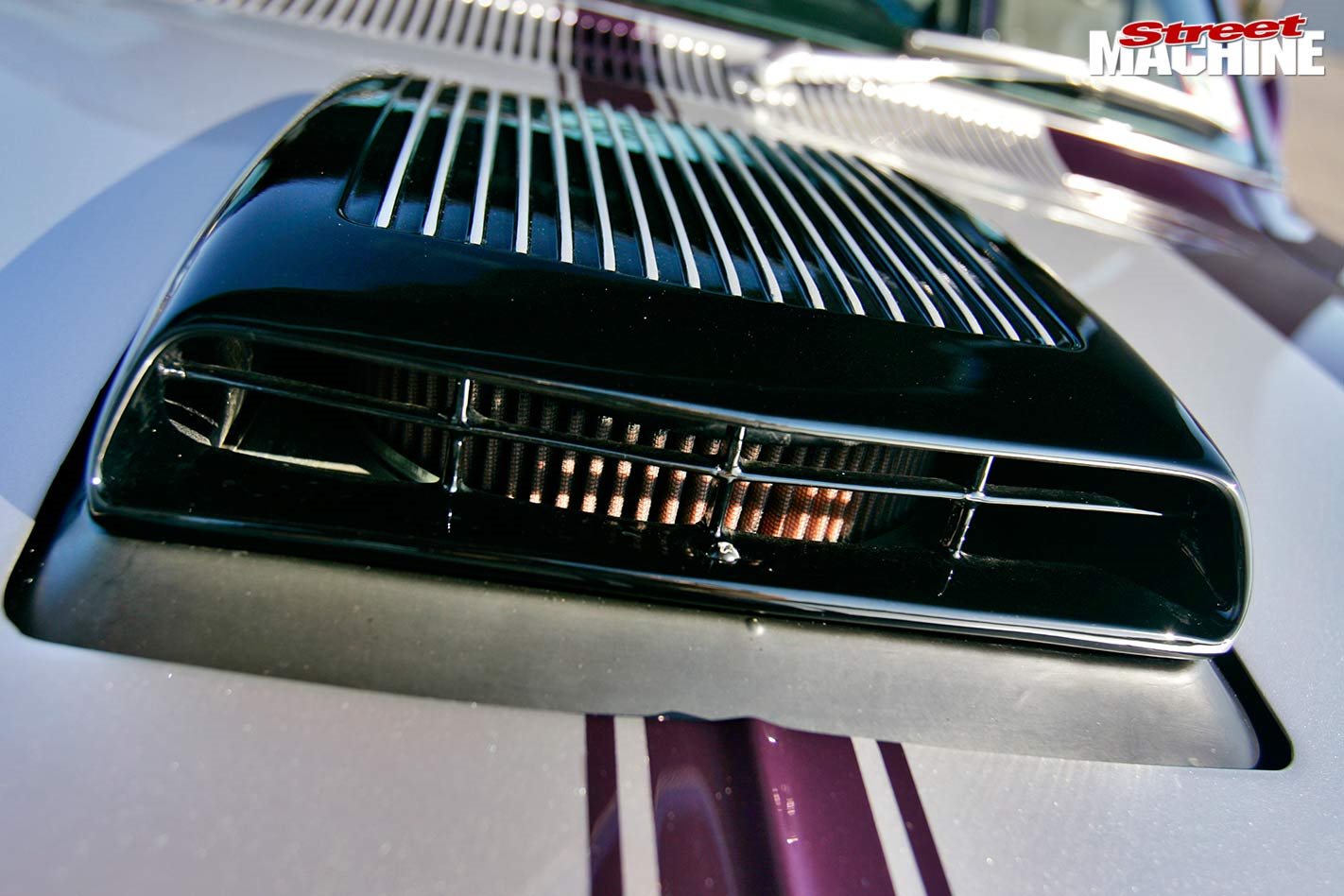 “It’s all new glass, too,” Damien adds. “Getting that installed without scratching it or the paint was a lot of fun.”

“They’re in a lot of F100s and have thicker walls than the standard Clevo,” Damien says. 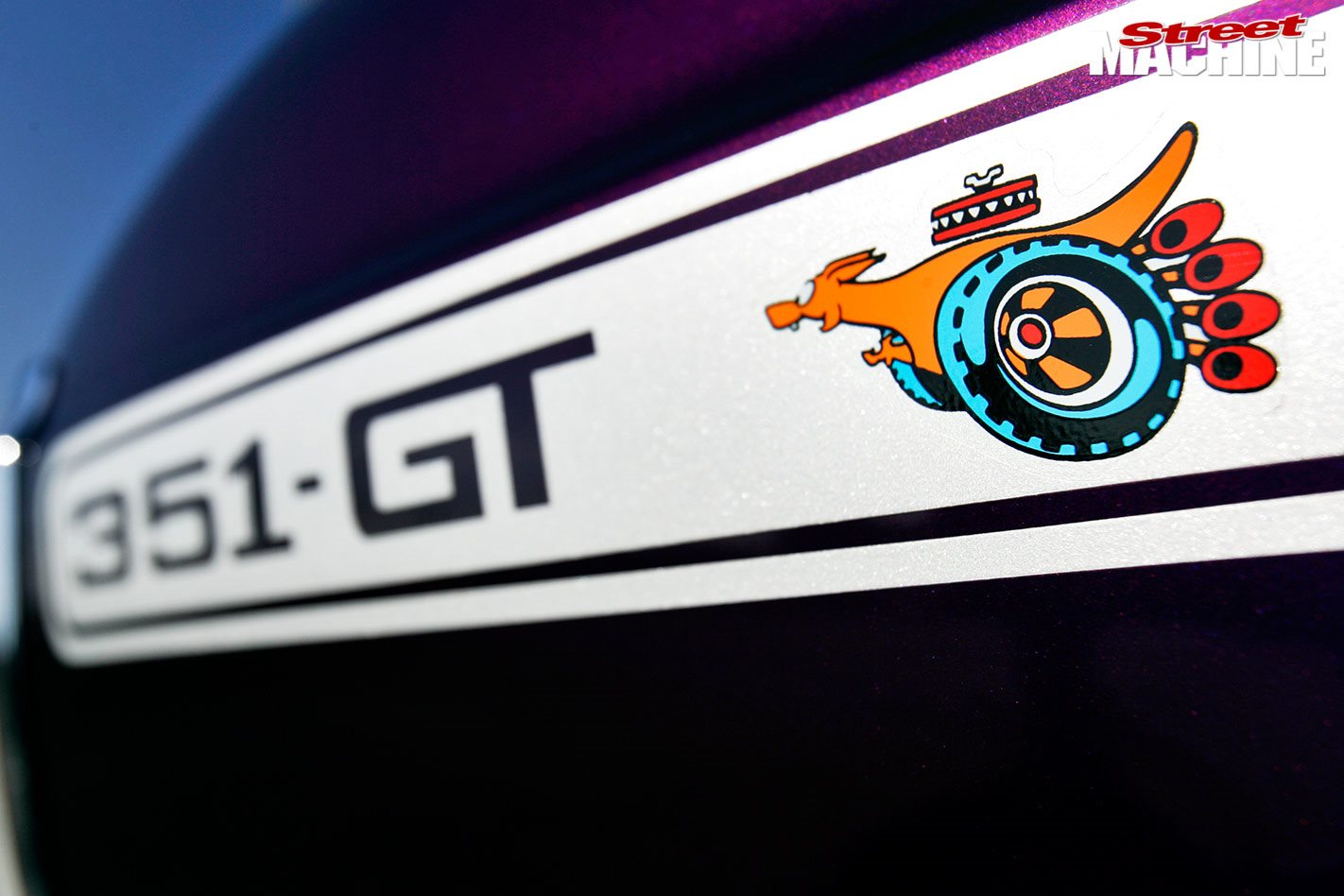 “It’s awesome to drive but doesn’t like staying under 2500rpm and the temp rises pretty quickly in traffic. But you can feel the torque surge from 2800rpm and it pulls right through the rev range. It’s not the quietest of engines — it sounds pretty evil. You definitely hear it before you see it.

“I haven’t dynoed it but it should make more than 500 horses and be good for 11s. But the biggest hassle is traction — there is none.” 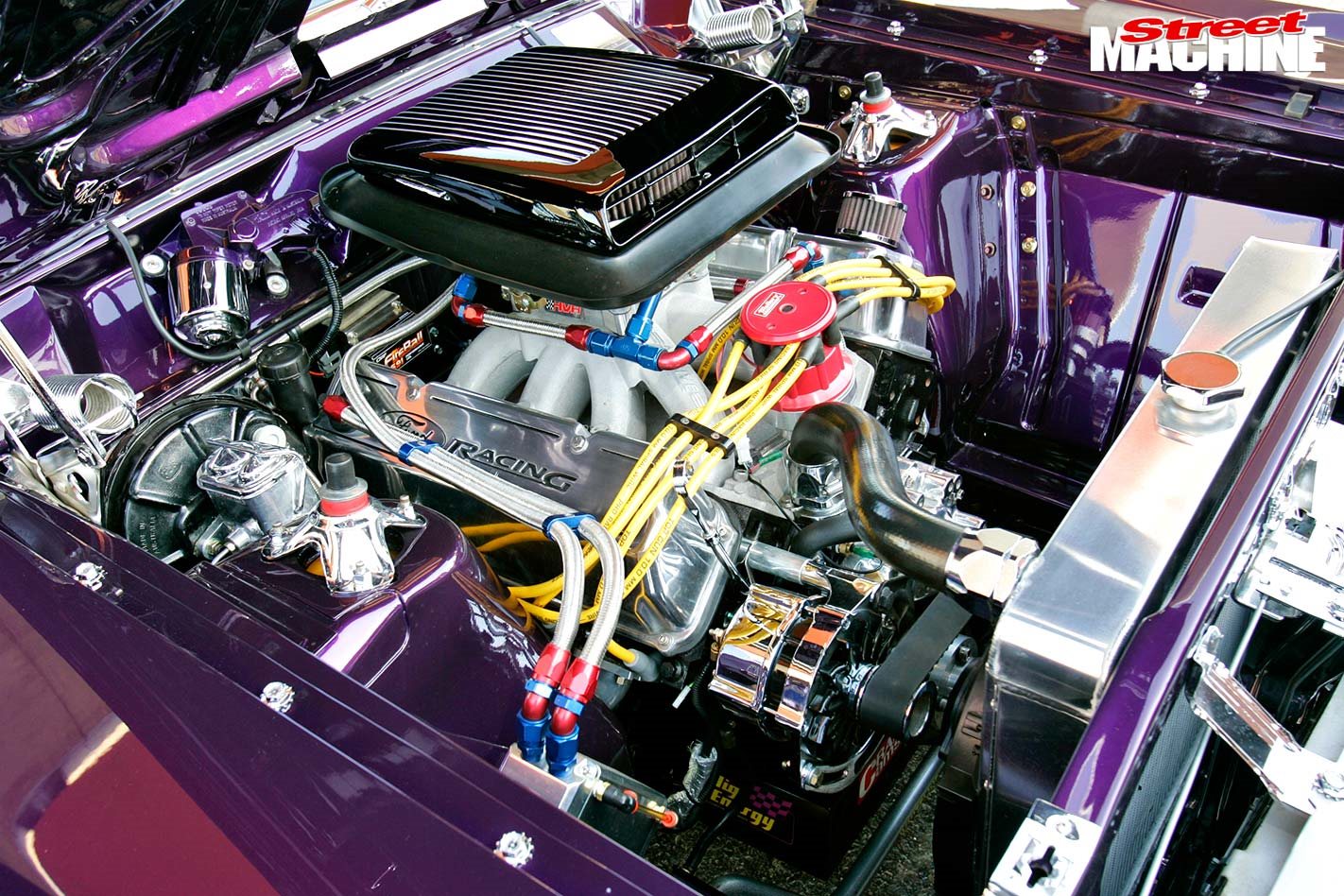 As you’d expect, there’s not much give in the 30-series sidewalls on the 19-inch tyres, even though there are 10in-wide boots under the rear wheelarches. The hoops fit thanks to a bit of creative guard lipping — as do the eight-inch fronts — but Damien struck a clearance gremlin with the diff during reassembly.

“It’s an XC nine-inch, which came with discs. The big problem was the calipers’ handbrake levers — the diff was shortened so much to suit the rim offset that the levers fouled the leaf springs. So I spun them around to face the opposite direction.” 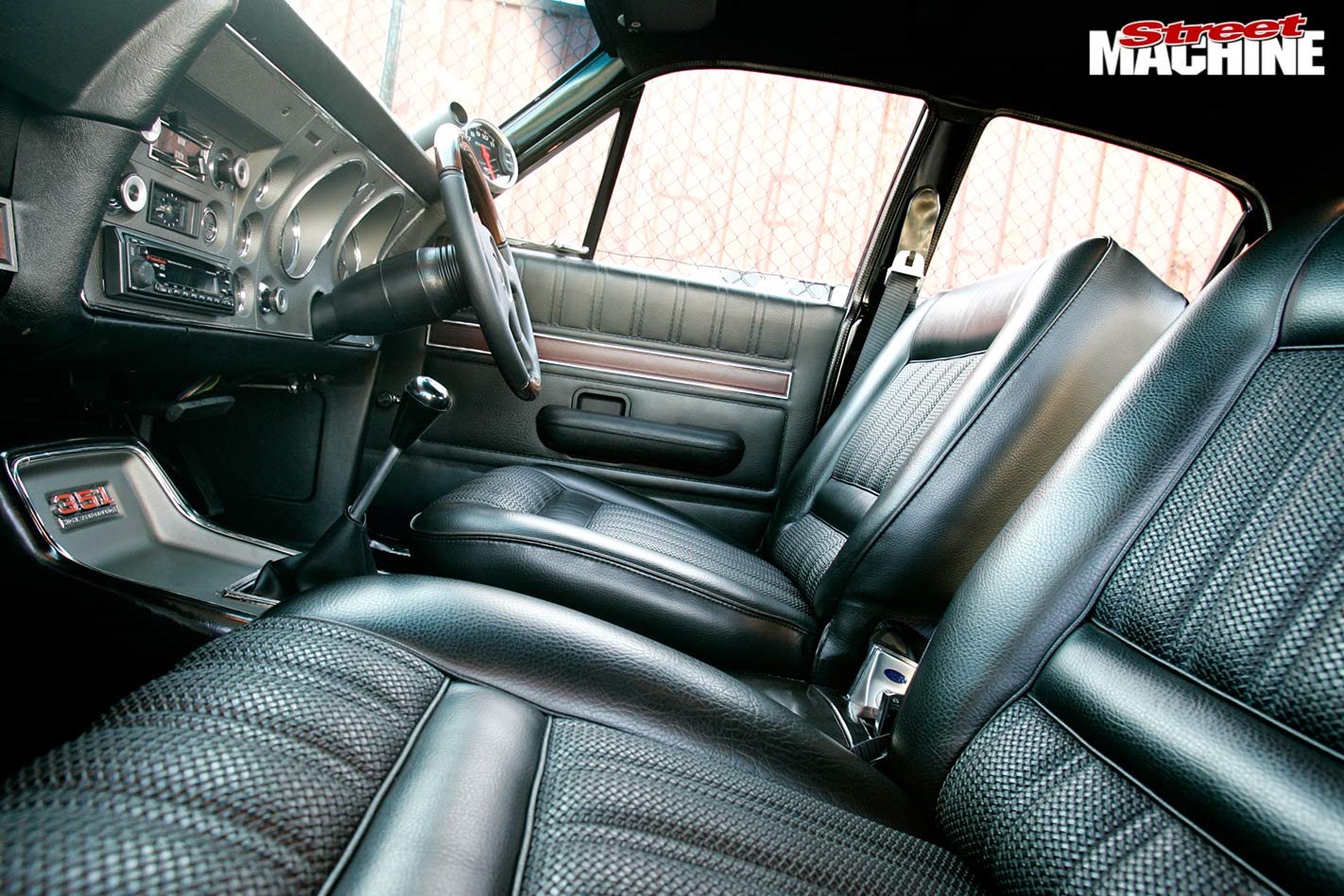 Niki, Damien’s wife, was a big supporter of the project. “She was nice enough to let me refinance the house to build this! She just complains about the noise and fumes when we go cruising.”

The only complaint Damien has is the gearbox: “It’s a bull-nose top loader and a real bitch to change gears with. One day I’ll put in a Tremec six-speed.”

The XY’s comfy for long hauls. The interior’s decked out with GT gear, including seats, trim, carpets, seatbelts and an XA GT gear knob, most of it from GT Ford Performance.

Any regrets? “Well, I went a bit overboard with the engine but you won’t hear me complaining about that! It was also a bit of test car.”

Yup, cousin Gus, who helped throughout the project, is building his own XY. That’s another Ford for the Farrugia family.