The stock-bottom-end movement is rapidly gaining momentum around the world and in Australia, as fans push standard rotating assemblies far further than the factory ever envisaged. One of those subscribed to this particular newsletter is George Geomelos, who has driven his turbo L98 VE ute to a mid-10 on the quarter at over 135mph!

George bought the ute new to use as his commuter rig from his house on the NSW Central Coast to Sydney each day, and trod the normal hot-up path at first. “I got it stock and stepped through all the usual NA mods,” the plumber explains. 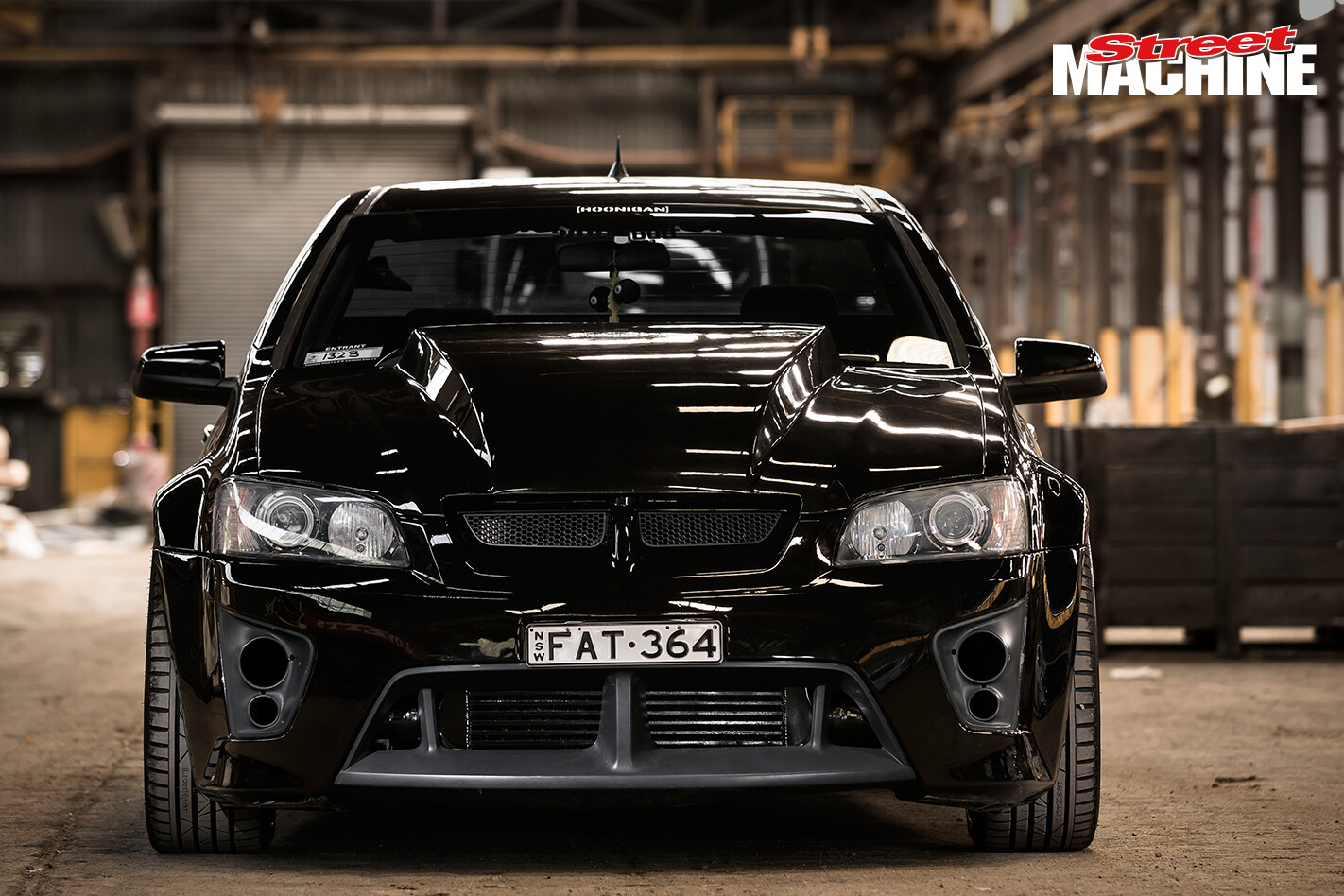 “Then I found a KillaBoost turbo kit for sale after Summernats and I got it because it was cheap. We were going to either supercharge it or turbocharge it, but I’d heard about issues with blown set-ups and belt-slip, so I decided I was going to [go the turbo route].”

Mark Barter from Streamline Automotive got the nod to swing spanners on the new turbo set-up, which is all about careful parts selection rather than just bombing parts into a combo. At its heart, FAT364 retains its standard L98 six-litre Gen IV, save for a set of ARP conrod bolts in order to fix a well-known factory weakness. Interestingly, despite all the camshaft options available in the aftermarket, George went with a cam from a high-performance factory LS motor. He gave Mark the nod for a 236/240 bumpstick from an LSX454 crate motor. “Mark had an LSX454 cam lying around in his shop and we were going to get a similar spec so we checked to see if it would fit, which it did because we went with the 3° Higgins heads. Even though it is probably losing a little out the exhaust, that cam has worked out really well.”

FAT364 runs purely on E85 these days, pushing the burnt corn syrup out the KillaBoost exhaust manifolds and through a custom twin two-inch exhaust. George is quick to point out the finished product was a team effort among mates. 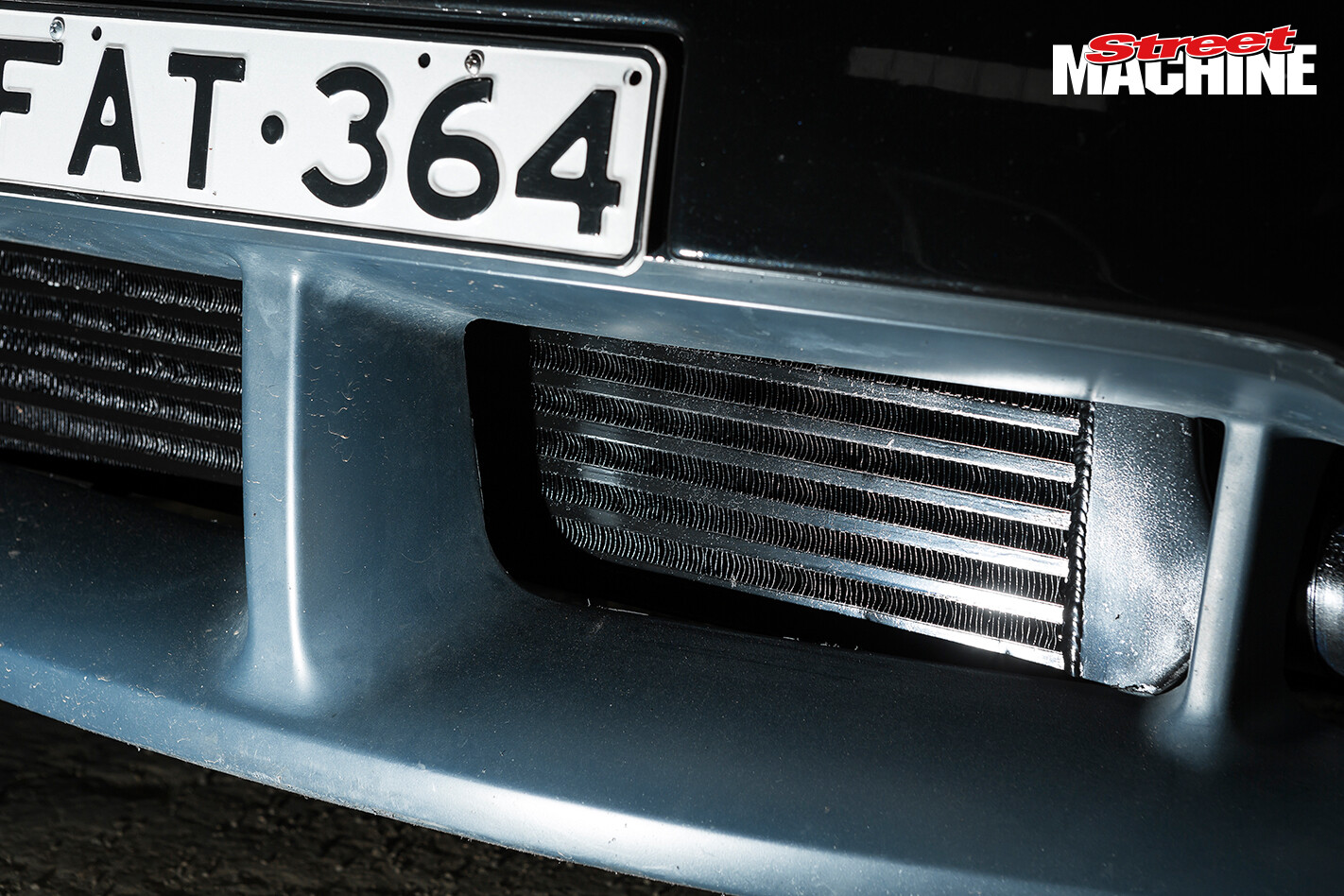 “My mate Dustin Goldsmith and I worked on fitting the engine, while Julian from Aftermarket Industries fine-tuned the fuel set-up to get it spot-on. There were a few little issues with oil drains and the like because it was my first time playing with turbos, but Joe Tummarello from HoonTune helped us sort them out and then flash-tuned the stock computer with HP Tuners.” “It actually drives pretty sedate like a normal car off-boost,” George says. “I drive it on the street at 8psi on the eBoost2, but I can turn it up if I want. I don’t really drive it during the week but I basically drive it around all weekend; I will be driving it to work tomorrow!”

While George’s ute came with a Tremec six-speed DIY-shifter, it now features a TH400 three-speed auto and 4000rpm converter by The Converter Shop, a choice driven by his thirst for low ETs.  “Changing to the TH400 was more about me wanting to go auto, because people just haven’t gotten good times out of six-speeds compared to autos,” George explains. A custom tailshaft by Gibson Driveshaft Services in Newcastle provides the link to the HSV W427 diff and handles far more torque than the factory unit. 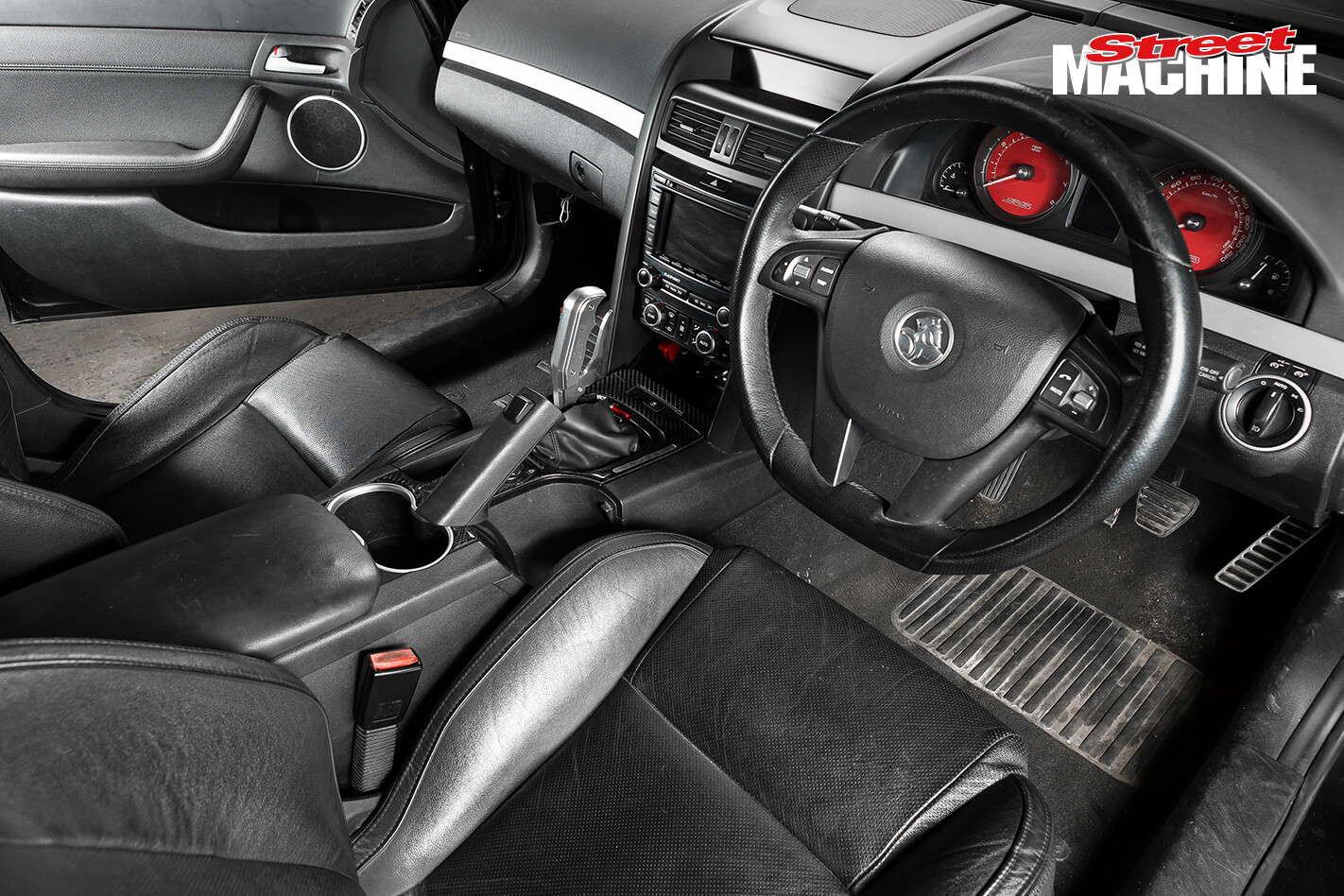 “I actually met Mark from Streamline because I was looking for a diff,” George laughs. “He was the Walkinshaw dealer for the area. We got talking and he got a W427 diff from a press car in Melbourne for me; it was great because even the driveshafts all bolted in. It’s been in for five years now and we haven’t had any problems.”

King Springs have replaced the stockers up front, with Nolathane bushes throughout to replace the stock rubber slop, while the rear has Bilstein coil-over shocks equipped with H&R springs. Interior changes include a B&M Pro Bandit shifter, plus upgraded speakers and amplifier, but is otherwise as Holden delivered to keep it comfy for quick trips down to Sydney.

To clear the high-rise intake manifold, George added a four-inch reverse-cowl scoop, and otherwise left the body alone. He doesn’t have plans to leave the engine alone though, as he looks at leaving the stock-bottom-end crew behind in his chase for times. 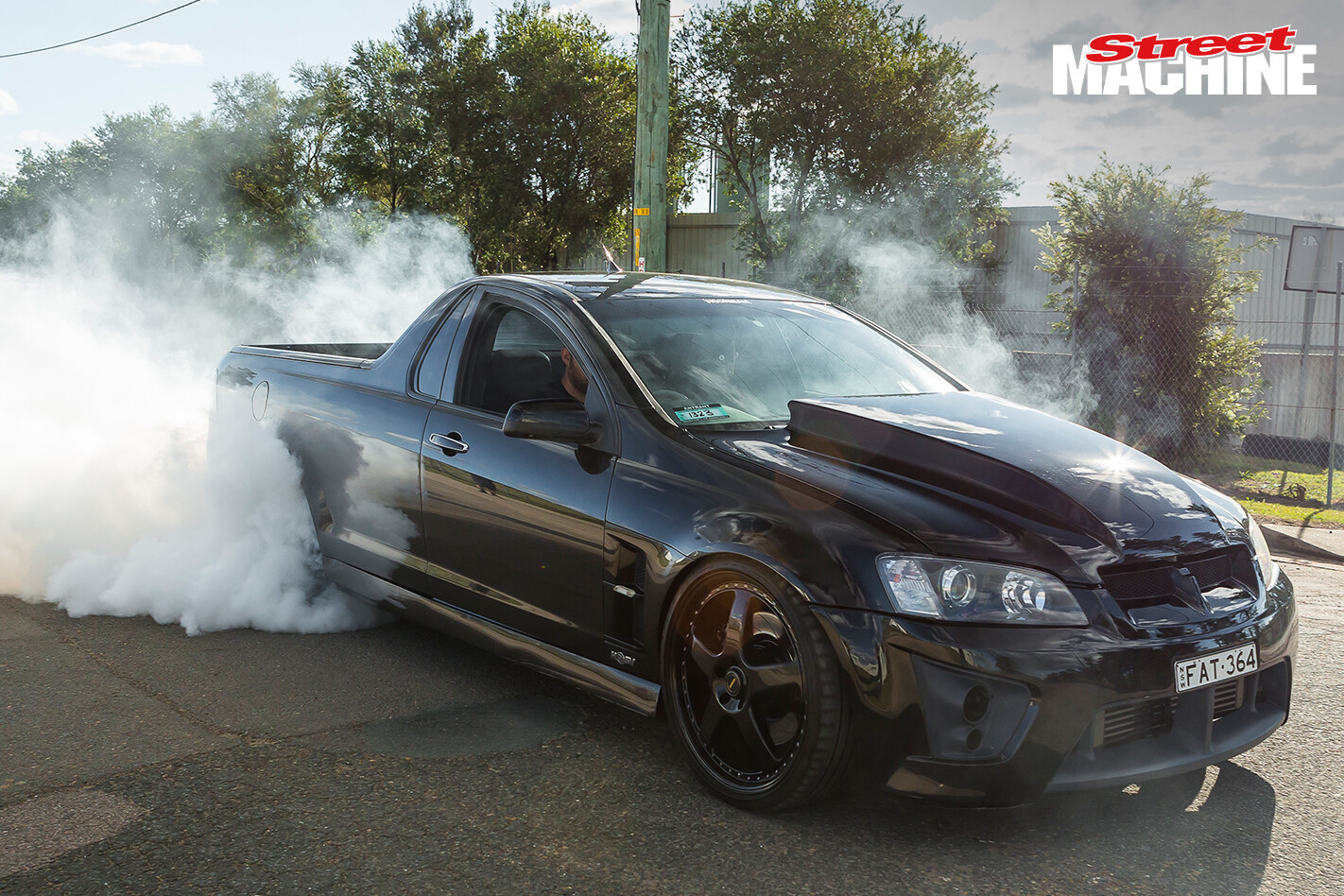 “We are looking at either going bigger cubes or going a 5.3 truck block, as the smaller motor apparently revs harder and likes boost a bit more,” George explains. “But I’ll keep driving the stock bottom end for the time-being.”

George has now wicked the boost up to 16psi, but hasn’t had a chance to get back out to test FAT364. However, he’s already looking around at lighter options than the porcine VE.

“I’ve always wanted a VK Calais and I’d just transfer all the fast parts over from the ute, but a VN ClubSport has popped up as a roller and I’m tempted by the idea of that. I’d just narrow the diff because it’s probably going to be worth something someday.” Hopefully George can crack a nine in the lighter platform before he goes all forged with his new combo!

THANKS
Mark Barter & Kane Maytom from Streamline Automotive; Joe Tummarello from HoonTune for the endless support; Dustin Goldsmith for the assistance throughout the build; Craig Bridge for the last-minute detail the day before the shoot; my wife Gina for understanding why I do this