TO THE casual observer, Matt Johnston’s car doesn’t look like anything out of the ordinary – just another nice, lightly modified EH. Pop the bonnet, though, and you’ll get a surprise. Instead of a neat 179, you are confronted by a race-spec Nissan RB30/26 six transplanted into the engine bay with surgical precision.

“My original plan was to turbocharge the red motor,” Matt says. “I wanted to race it and I had 600hp as a target in my mind. The more I looked into it, the more convinced I was that it’d easier to start with an RB30 than try to push the envelope with the old red motor.” 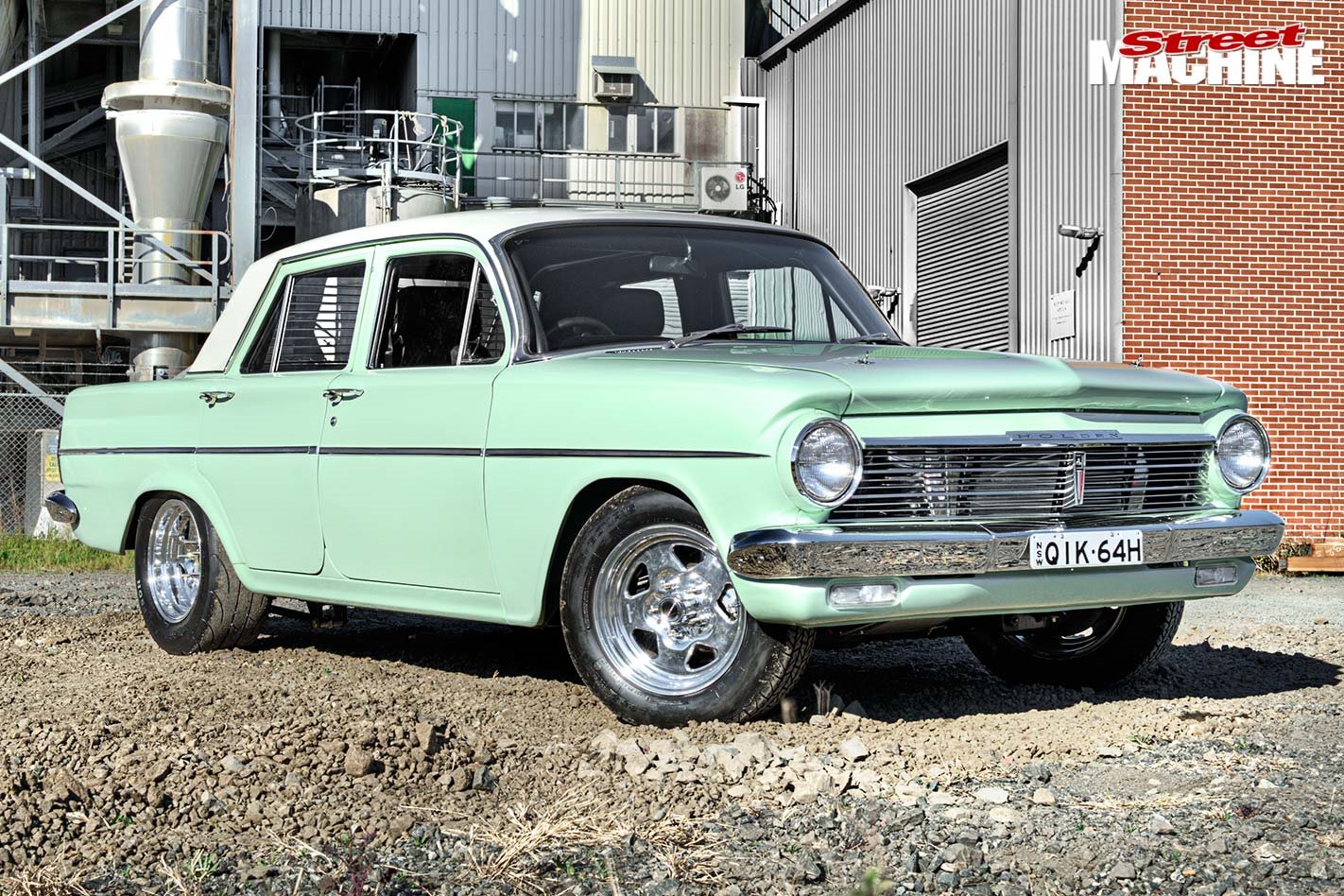 He got this car from his father who’d found it as an unfinished project but then left it sitting in the shed for years until Matt talked him out of it.

“He made me wait until I was 21 before he’d hand over the keys. He thought I was too young and inexperienced behind the wheel. I think he was worried about both me and the car!”

It was about 65 per cent complete, so he tidied it up, adding a 160rwhp Holden six with triple SUs, T5 five-speed and an LSD rear. Nice, but after cruising it like that for some nine years, he wanted more.

“I figured that to make the sort of power I was chasing, a V8 would be too cranky for the street,” Matt explains. “Plus I wanted to run it on pump fuel, and the adjustability of the turbo option meant it could be easily detuned for the street.” 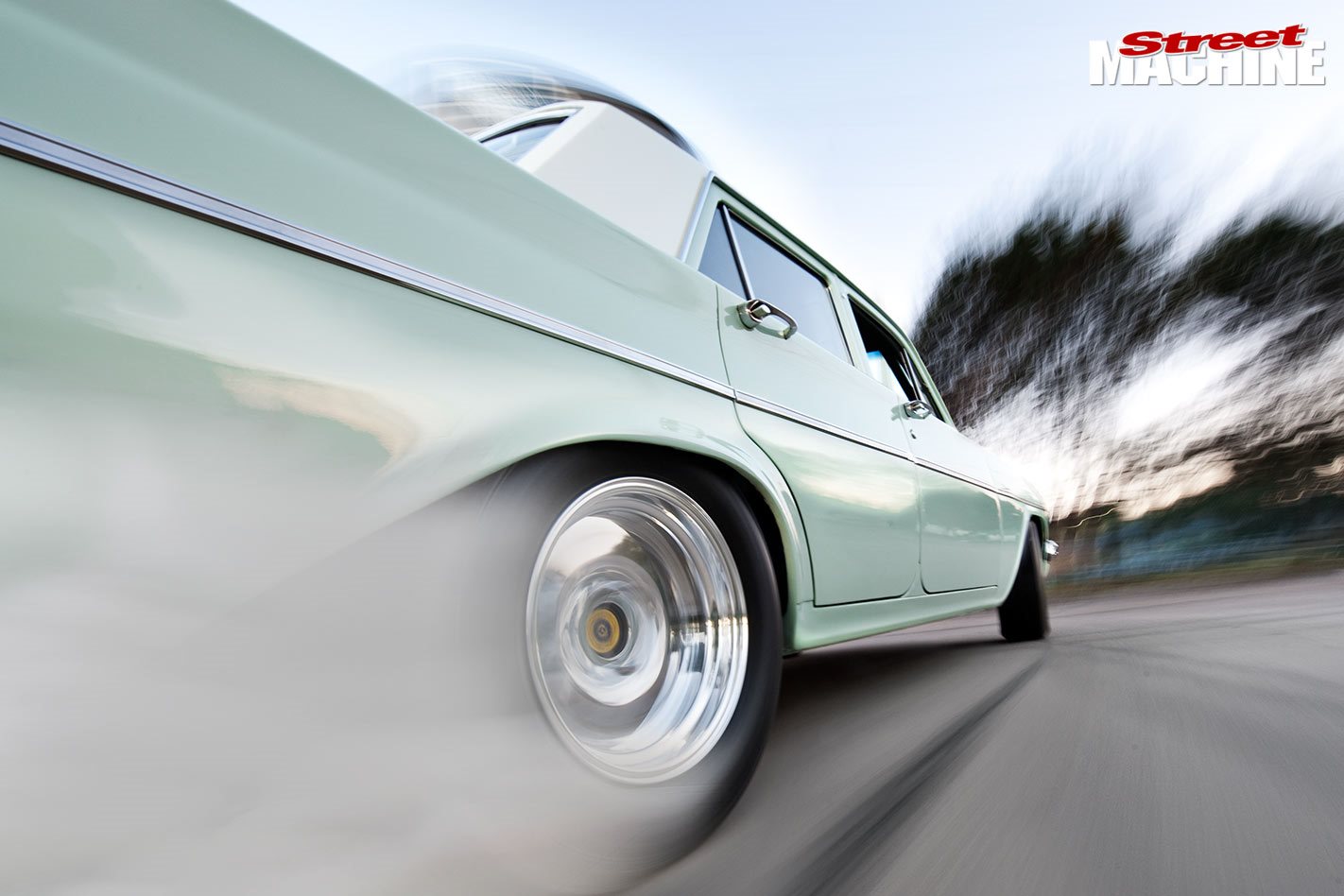 Once he’d made the decision to go with the RB30 swap, Matt had a long chat with Ian Baker from Hi Octane Racing in Sydney, who has been involved with a bunch of mega-grunt Nissan GT-R projects.

“I was thinking about dropping an RB25 twin-cam head onto the RB30,” Matt says. “Ian told me not to waste my time with it and go straight for the GT-R head. I’m glad I took his advice.”

Matt briefed Leon from Turbos R Us to build a bulletproof donk, with the bottom end based around custom CP forged pistons, Argo rods and a prepped factory crank. For the top-end, Matt sourced heaps of Tomei-branded gear through Hi Octane, scoring massive 280-degree cams, cam pulleys, valve springs, lifter buckets and more. The twin-cam head was ported and polished before Leon filled it with some of the aforementioned goodies, plus some stainless steel Hi Octane valves, then bolted it down tight.

The external goodies include a Garrett GT35 turbo, a Tial external wastegate, Turbosmart blow-off valve, custom 4in bar-and-plate intercooler and a Hypertune inlet manifold. The result is impressive — 606hp and 509ft-lb on pump fuel and 21psi when Leon tuned it and spun it up on the GAS Motorsports engine dyno. 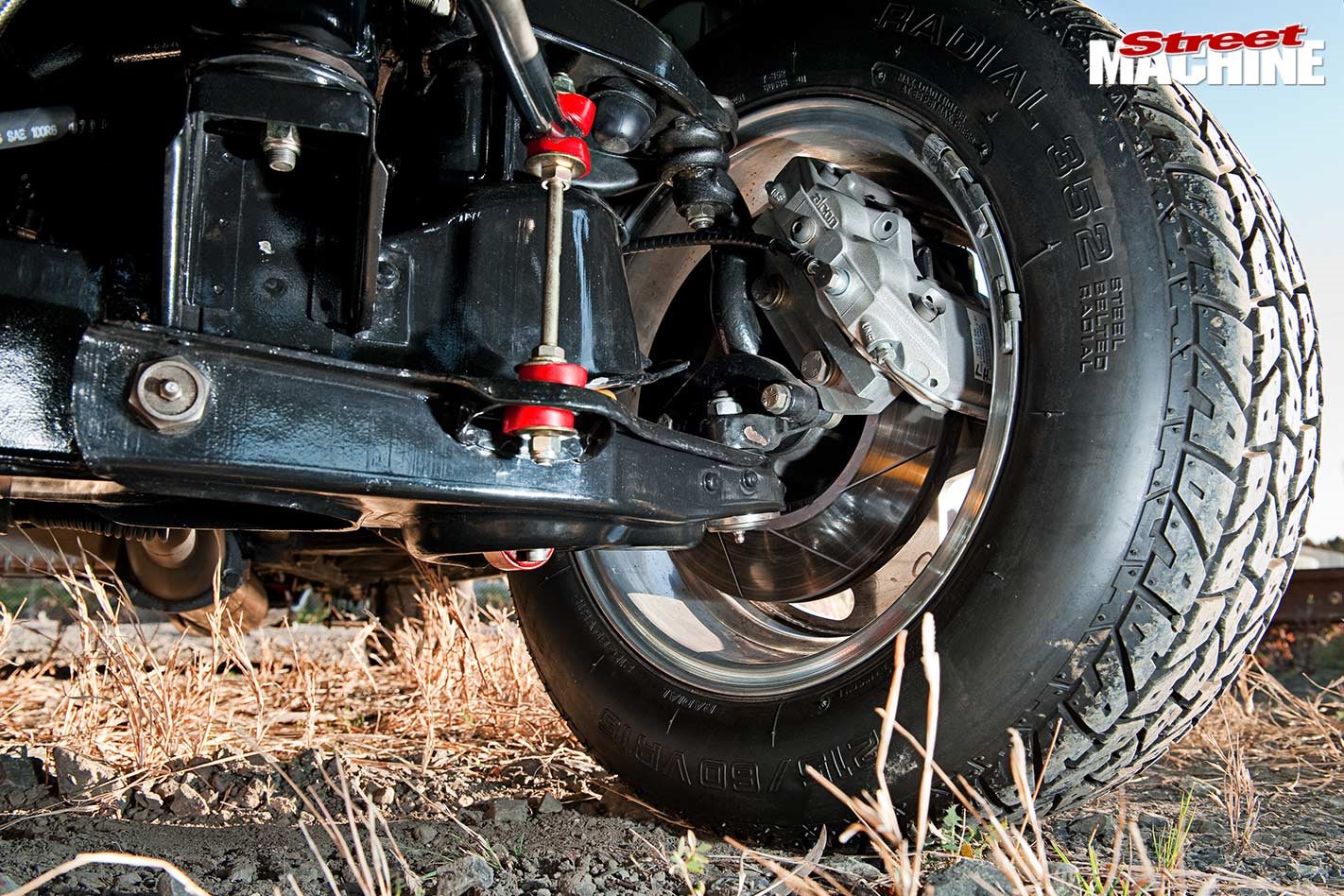 “Eventually we’ll turn up the wick and run C16 and 30psi,” Matt says. “The internals of the motor are good for 1000hp, so to step it up we just need to upsize the hair dryer.”

With 600 ponies charging through it, the EH needed a lot of work stiffening the chassis, strengthening the driveline and improving the brakes. A chassis kit and HR front-end swap is pretty much mandatory for any serious early Holden engine swap, with a shortened Commodore steering rack mounted behind the crossmember. The brakes are a fair bit beefier than usual though, with four-spot Alcon calipers biting 290mm rotors up front and VL discs at the back.

Getting the power to the ground is a manualised two-speed ’Glide from Northmead Autos, with a transbrake, and a 4000rpm TCE converter giving way to a Strange nine-inch diff with 4.11:1 gears and 35-spline Mark Williams axles. The nine-inch is still located by a set of leaf springs but a set of Caltracs have been fitted to improve traction.

With the pieces of the mechanical puzzle in place, it was paint time. The original colour was Fowlers Ivory, but Matt was given a one-day window to change the car’s hue while it was at the shop. 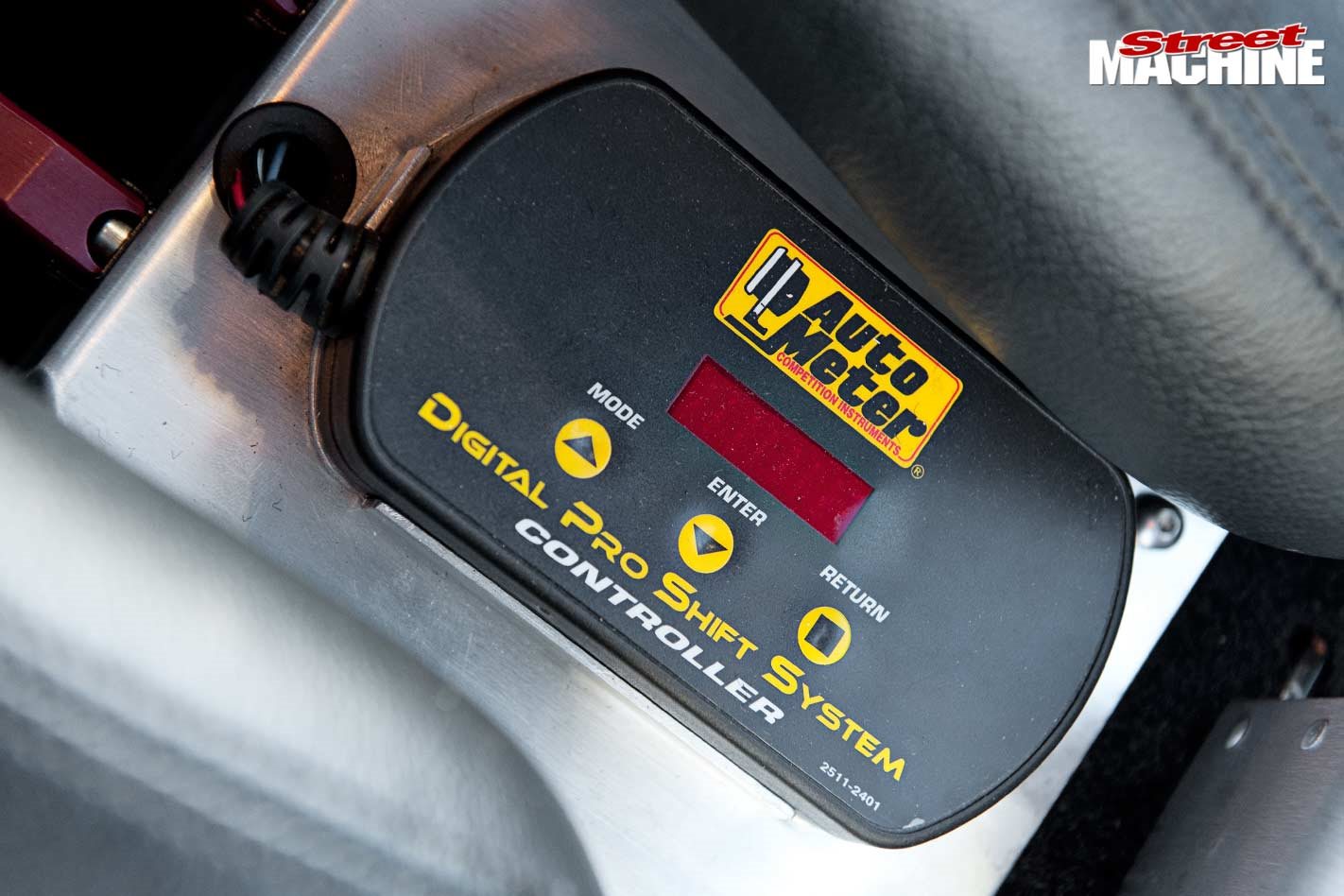 “We chose a Ford colour called Citric Acid, and it looked like fluoro snot,” he says. “The night before the colour went on I couldn’t sleep as I knew it was a shit choice. In the morning I got to the panel shop and found that he had already painted under the bonnet and boot and said, ‘Stop! I hate this colour!’

“Out came the colour chart and I found the EH Special colour Balhanna Green,” Matt says. “I ran it past the boss and before you knew it, the car was two-tone, Balhanna Green and Fowlers Ivory.”

The original-style paint and the venetian blind mean that the only external clues that the EH is anything other than a bona fide stocker are the 15x8 and 15x7 Center Line wheels, and the intercooler, which sits sneakily behind the grille. 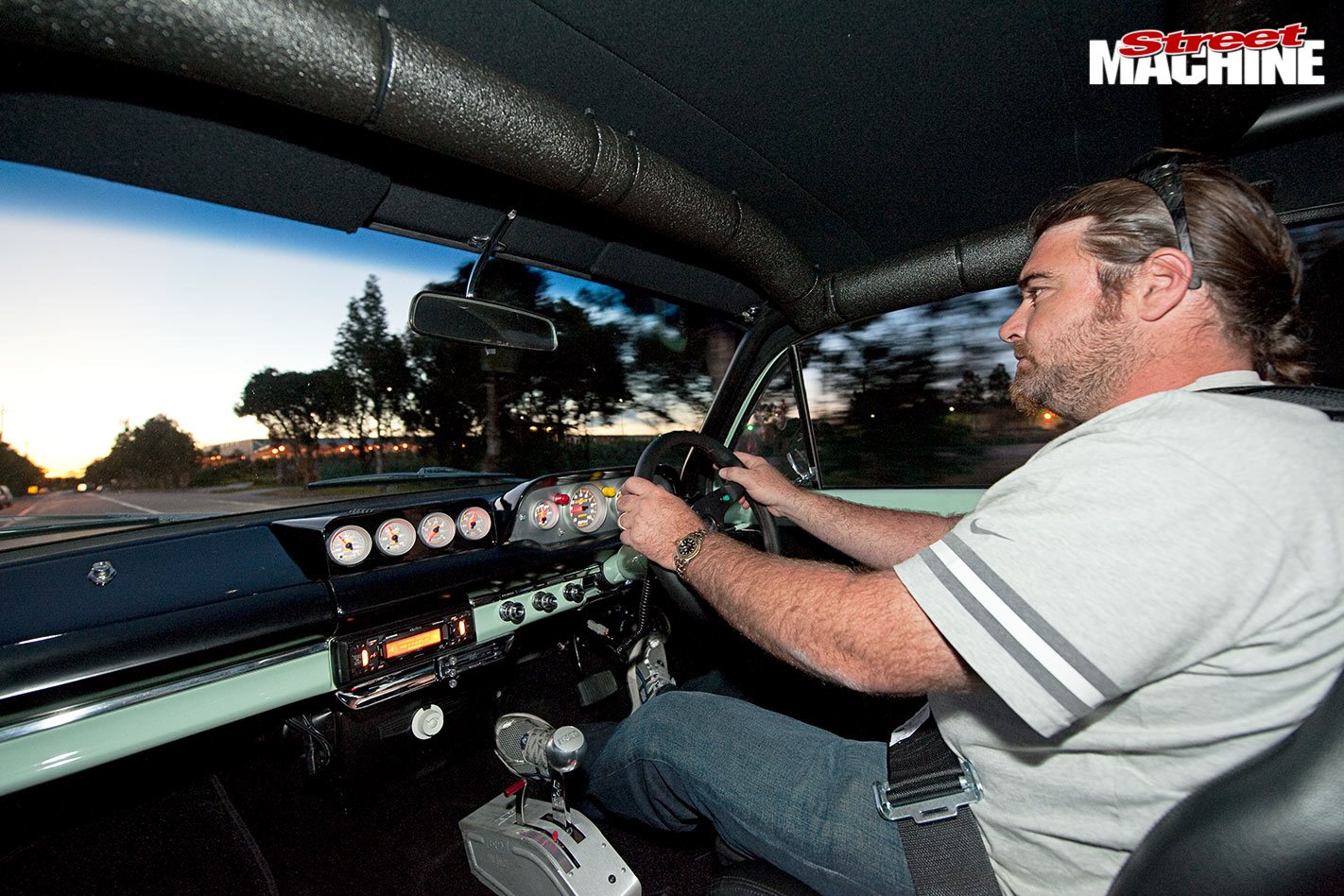 The cockpit is a different story, however, with additions such as an ANDRA-spec chrome-moly cage and harnesses, as Matt is hoping to run into the nines with the car when he ventures out onto the track. It has already jagged some silverware, with trophies for Second Top Modified and People’s Choice at the annual EJ-EH Silverwater show ’n’ shine.

“I was stoked! I’m thinking about the next project but for now I just want to run some numbers down the quarter, enjoy the EH with family and friends and let the bank balance return to normal!” 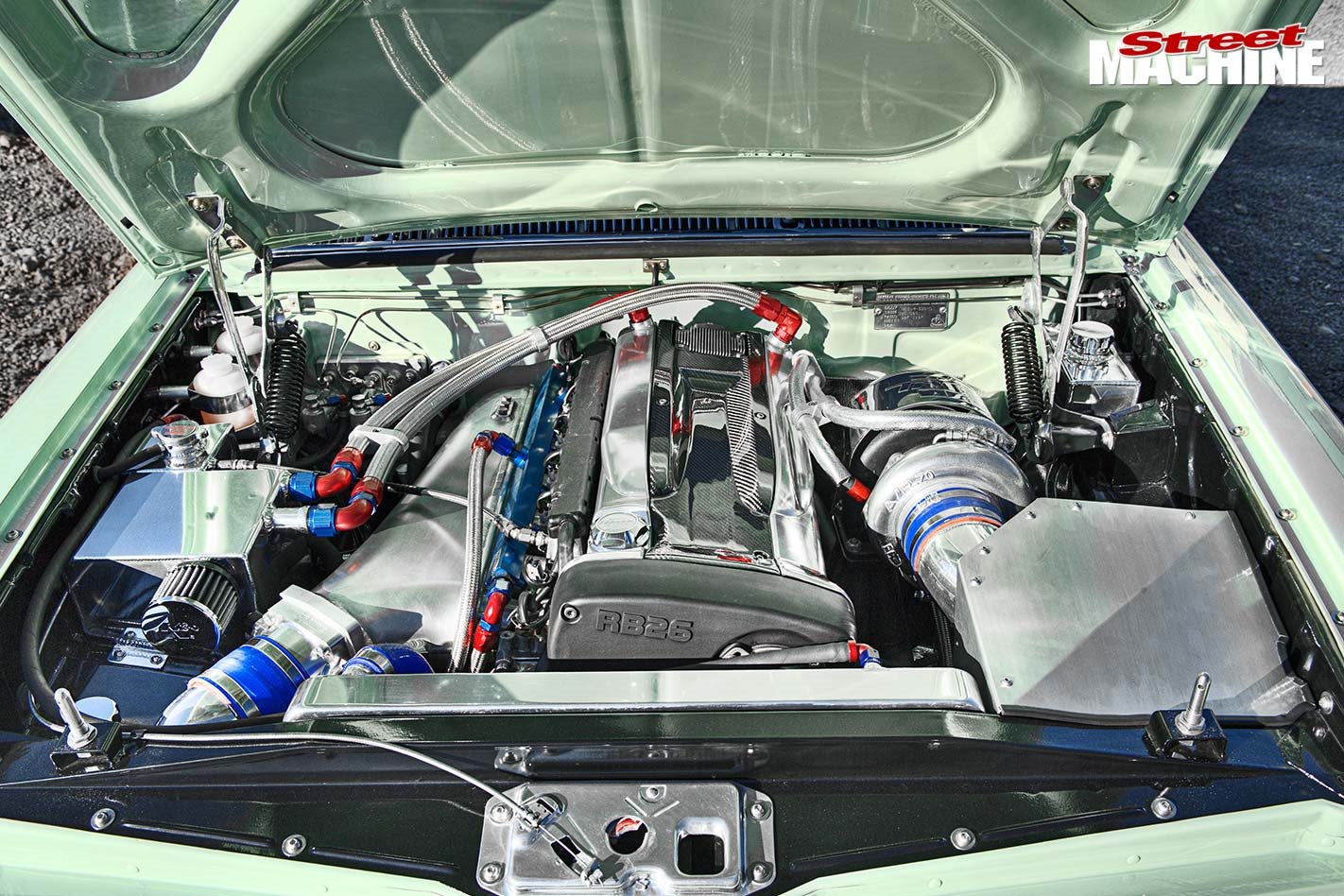 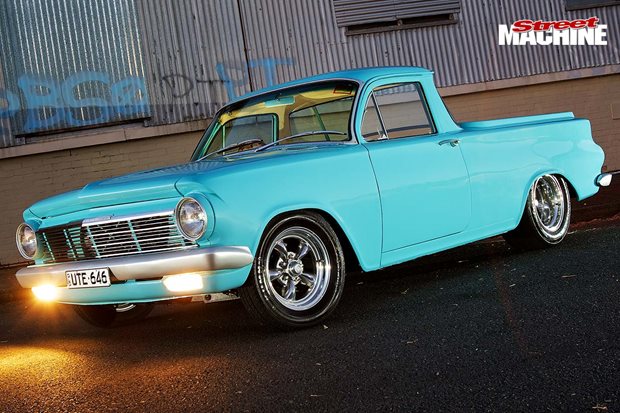