WHEN Dan McCosker wanted to go faster, he didn’t look at making more horsepower, he went down the weight reduction path instead, building this mental 1JZ-powered Toyota Corolla panel van.

I guess the obvious question is: Why’d you pick a beige Corolla panel van to build a weapon out of?

A lot of it was peer pressure to be honest! My mate Kristian Goleby has one as well, and when I told him I wanted a lighter car to stick my Toyota 1J engine in he talked me into getting a Corolla panel van. The motor was originally in my old Cressida sedan, which was pretty quick, but when you stick the same gear in a car 400kg lighter, it’s a whole other ball game. And it had to be a panel van because they’re 1kg over the minimum weight to get the car mod-plated and registered with the turbo six-cylinder. I wouldn’t have been able to get a sedan legal. 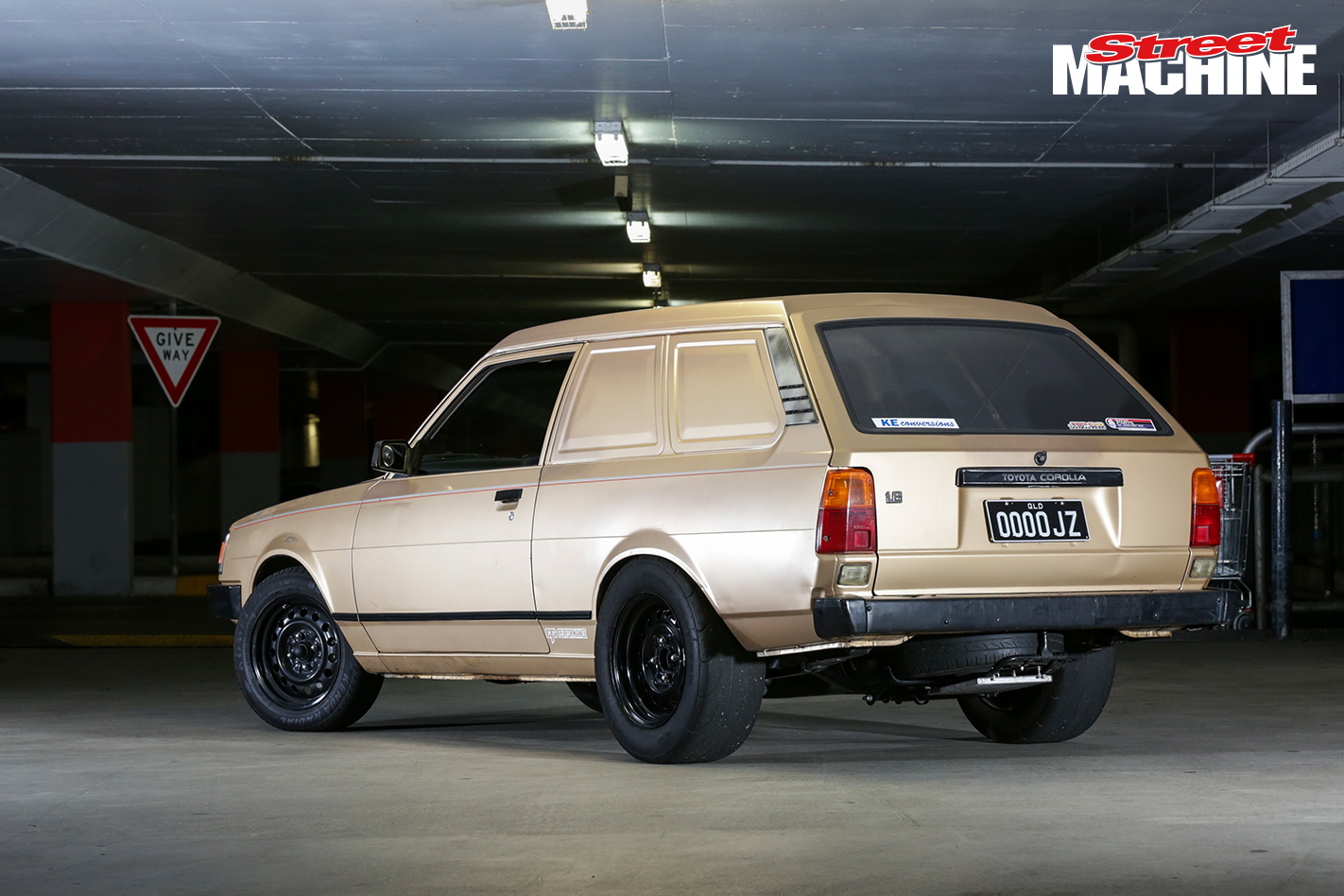 How long have you had the car?

I’ve had it about two years now. I spotted it on Gumtree and it was just sitting in someone’s front yard as a parts car getting rusty, so I snapped it up, repaired the rust, then set about swapping the engine from the Cressida into the Corolla.

It was very hard. I had to cut out the transmission tunnel and firewall, then refill it with 1.9mm sheet metal to get the engine to fit in the bay. Then I got a set of custom mounts made by KE Conversions and swapped all the Corolla front suspension gear for the front end off a Corona. Not a single off-the-shelf part was used in the build and I did pretty much everything myself. I just went out and got a cheap welder and got stuck into it. I’m a diesel fitter by trade, so it wasn’t a completely new thing, but it certainly wasn’t easy fitting the turbo six into a car designed for a little four-cylinder. 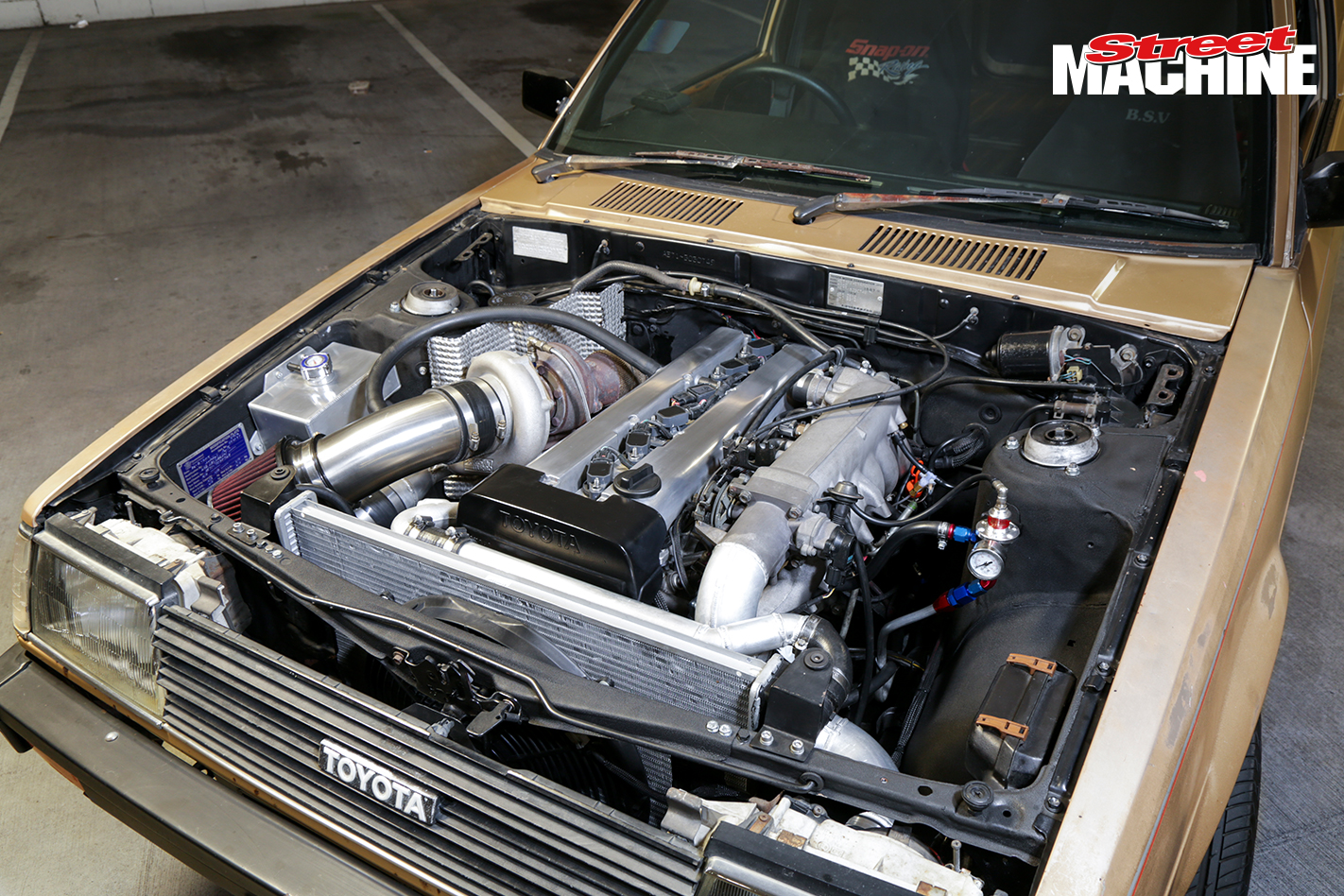 Talk us through the driveline.

The 1J is hooked up to the standard Toyota four-speed gearbox that’s had a new clutch pack and valvebody put in it to handle the extra grunt, and it uses a 3000rpm converter. It has a custom tailshaft rated at 1000hp, running into a HiLux 3.58 diff with a limited-slip centre. The rest of the suspension is pretty standard, but I made a set of CalTracs for the rear.

What’ve you done to the engine?

Honestly, not a whole lot. It’s got a reconditioned 1J block from a twin-turbo Toyota Soarer with a stock bottom end and standard pistons and head. It has a 272 Camtech cam, Supertech valve springs and titanium retainers, otherwise it’s pretty standard 1J converted to a single turbo. It runs a Precision 6466 turbo and one-off steampipe manifold, and makes 550rwhp on 26psi. The most we’ve taken it to is 601rwhp at 30psi. These things can’t really handle much more than 600rwhp before you have to start messing with the bottom end. 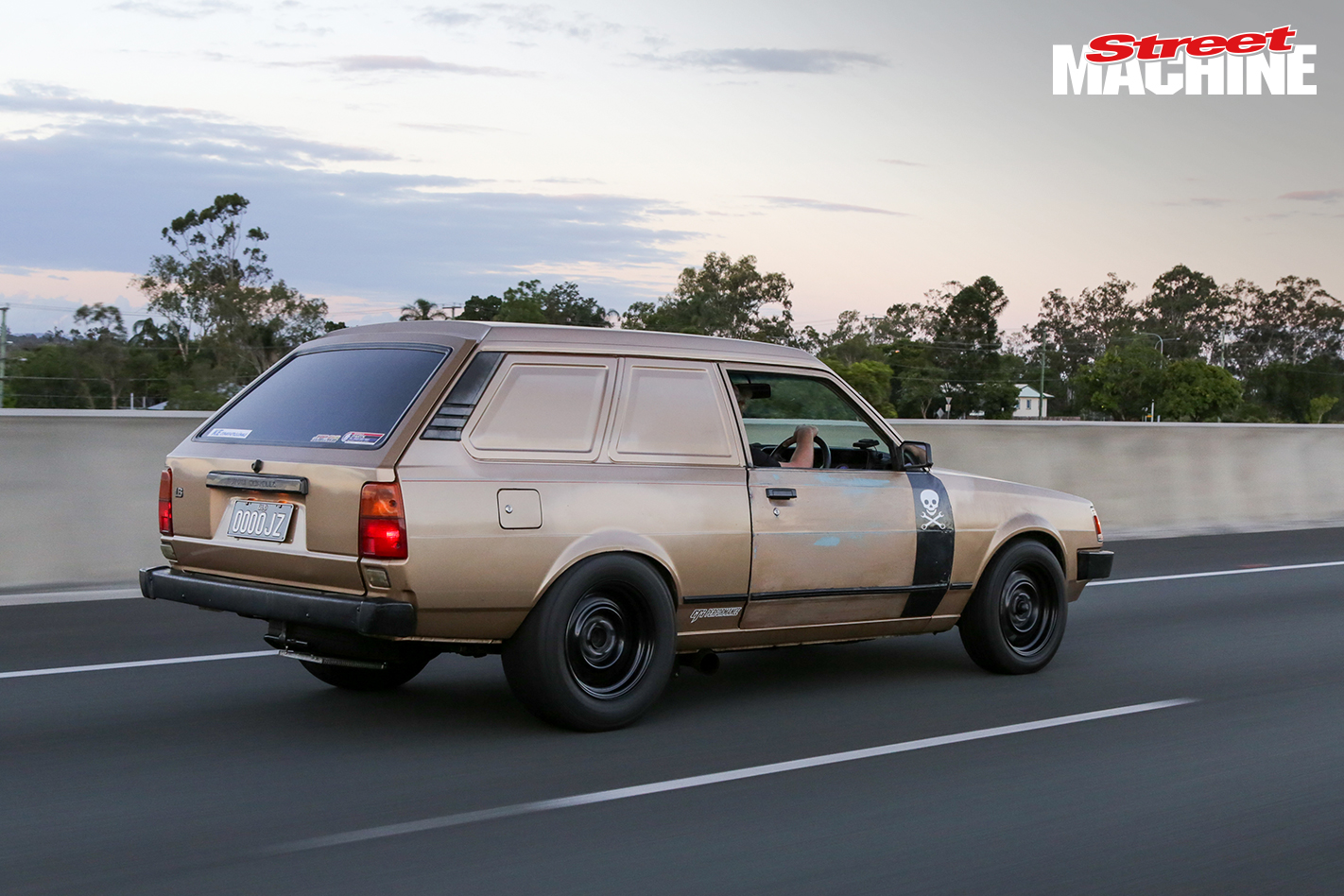 And how fast is it?

Have you had any good reactions from unsuspecting racers?

All the time! I quite often take it to Queensland Raceway for the practice lap sessions they have, and it blows most stuff into the weeds. I’ve lined up against McLarens and 1000hp Commodores and given them a pretty big fright. It’s a lot of fun. 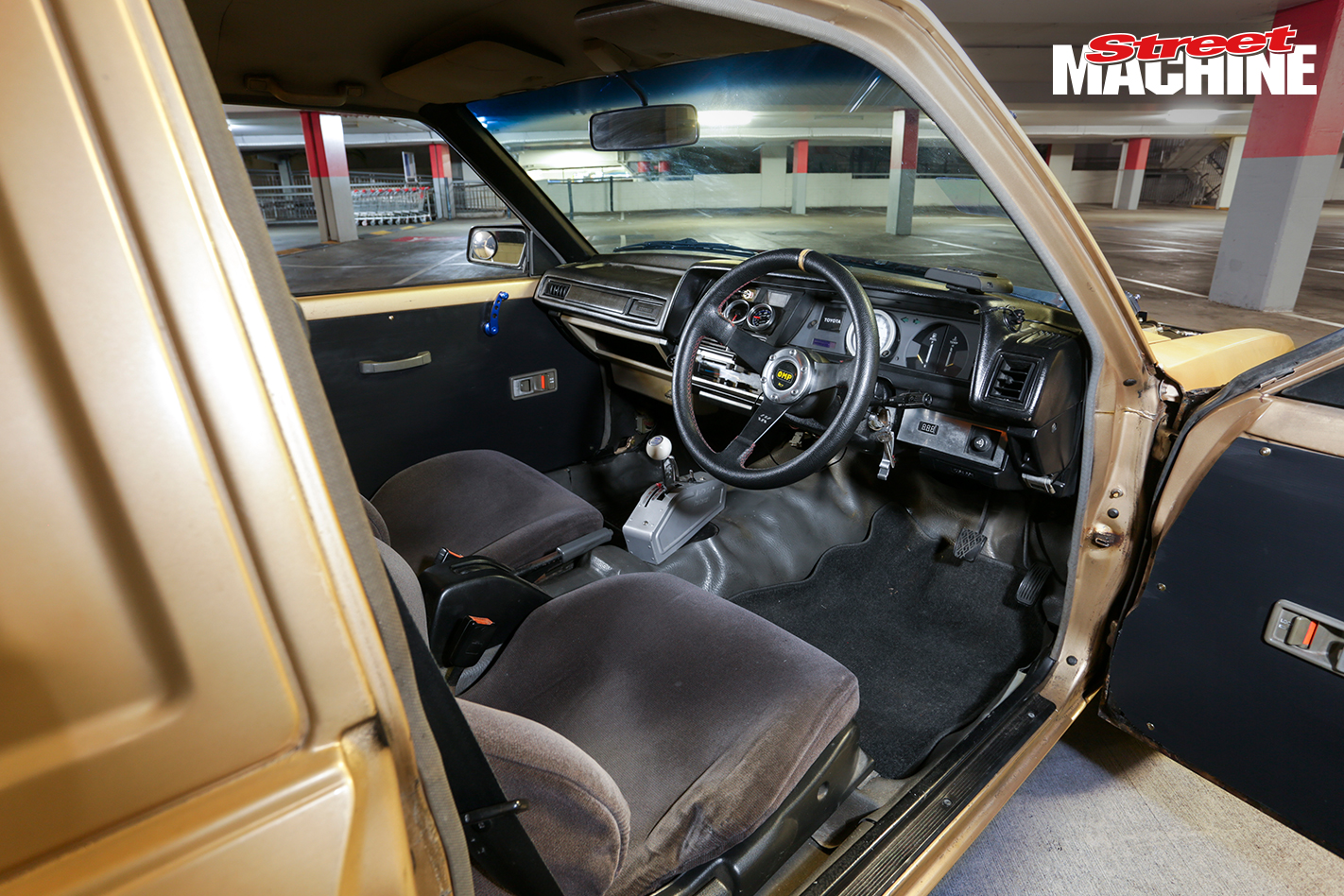 Ever have any trouble from the cops?

I’ve got the fuel system hidden under the spare wheel, so there’s no surge tank or anything weird in the cabin, and the whole build is pretty tidy. But touch wood, I haven’t had any issues, and I’ve been driving it everywhere for a year! I guess they just don’t notice it.