IN THIS second instalment of our Snap Shots on Adam Shears, we learn how his ardent passion for the Holden V8 has evolved, and meet a couple of mates who have inspired him along the way.

Age may have matured Adam’s tastes and slightly improved the quality of the finish of his cars and bikes, but thankfully it’s left his personality well enough alone. You can be sure there has been plenty of mischief associated with each of these rides. 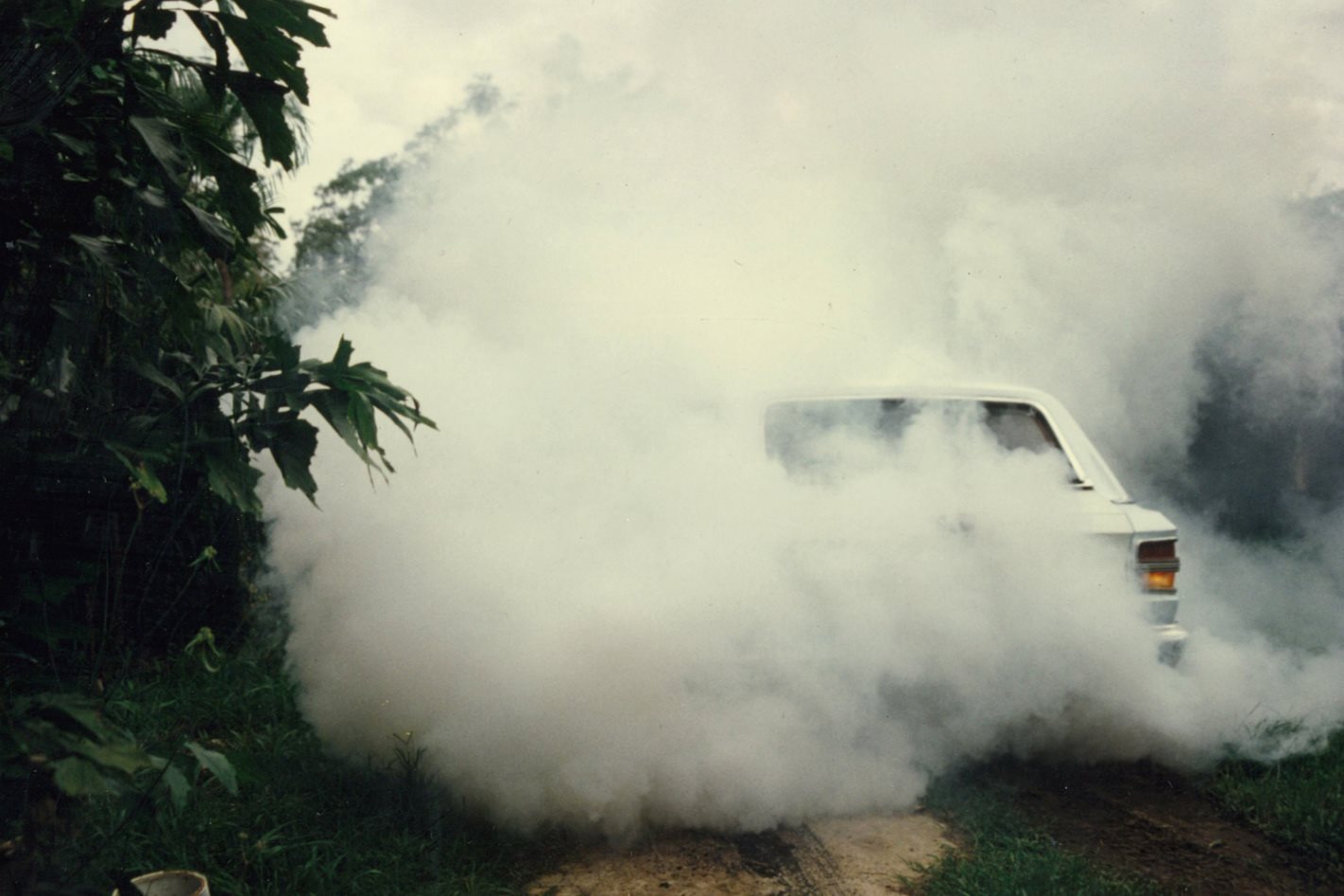 1. Adam bought this Windsor-powered XY Fairmont wagon while living in the Northern Territory. “The ‘every-car-needs-a-genre’ crowd would call it a barn find, but to me it was just an old piece of shit,” he laughs. “I paid $200 for it, then bought a big can of white jam [that’s enamel paint for you young ’uns – Ed.] and painted it. I didn’t have an angle grinder so the exhaust was cut off at the diff using a hacksaw to make it sound tough. I thrashed it around for a while and spent more money on retreads than fuel for the poor thing! I used to sleep in it a lot, too! The joke was: ‘Twelve months ago I couldn’t afford a wagon; now I live in one!’” 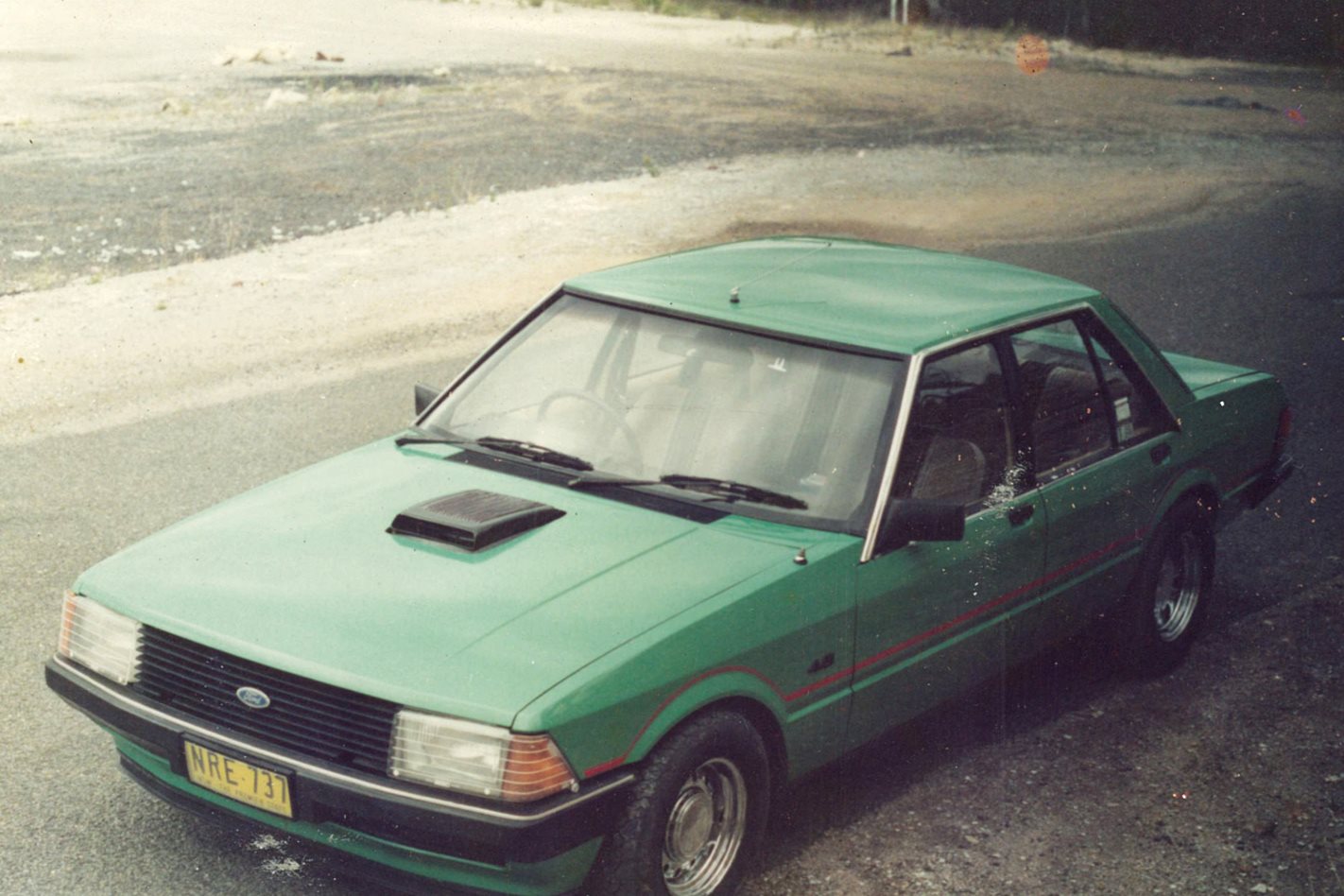 2. Tough streeters in the late 80s were built to a pretty similar formula, and Adam’s brother Rob followed it to a T with his XD. A tough 351 Clevo ran a Pete Jackson gear drive and was topped with a shaker, while the Top Loader was shifted with a Mr. Gasket vertical gate and the nine-inch diff packed a Detroit Locker centre. A half ’cage and racing harnesses sorted the interior. Chrome 12-slotters shod with Eagers were all the rage back when you could still buy fat 14-inch tyres. “I dig the hue,” Adam says. “Green really suits the XD-XE models and it’s an underused colour on Falcons generally. Remember the 88NATS XD, Dicky’s Greens’-Tuf XE or Tony from Running on Empty pretending his XY was green? Yep, green’s nice.” 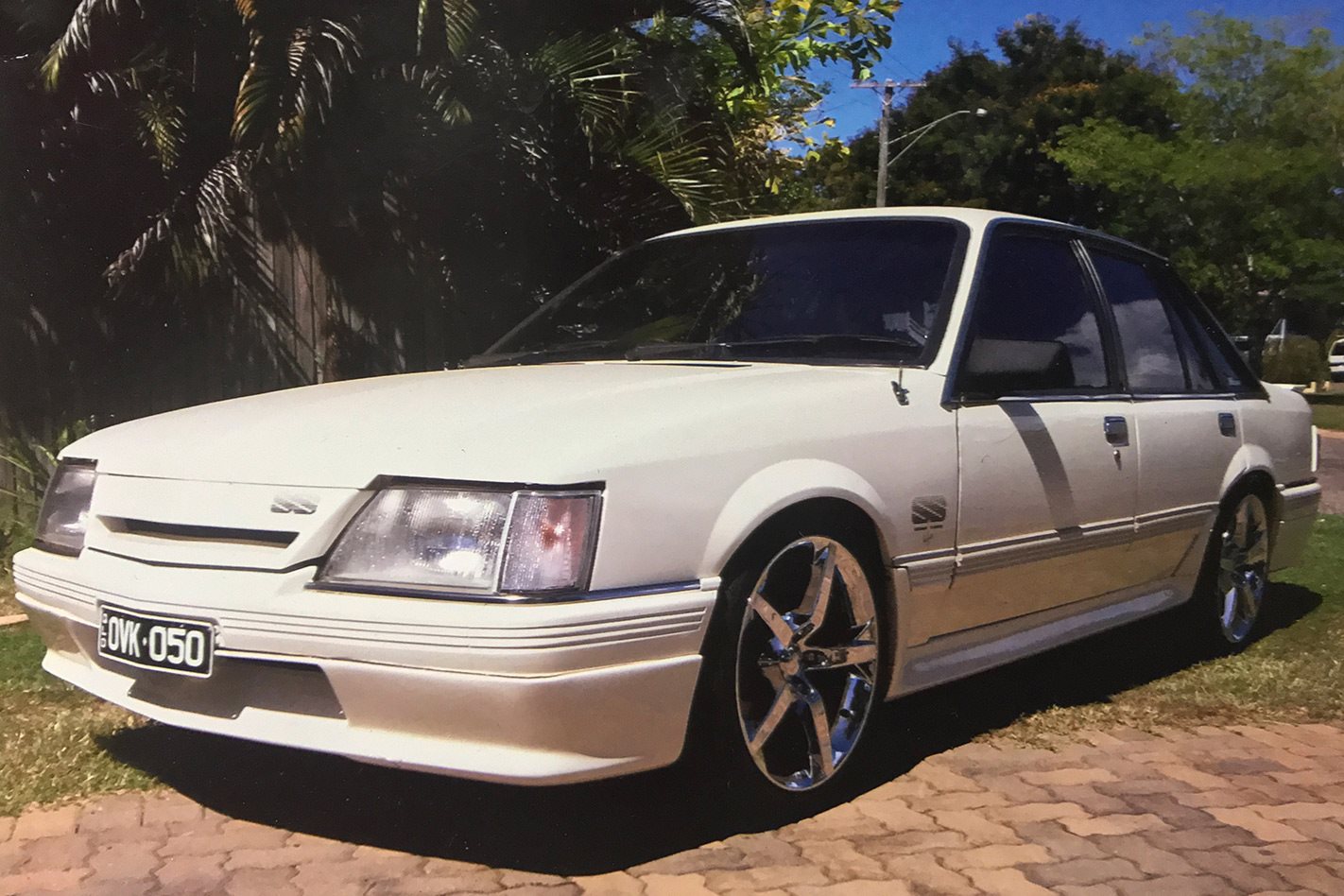 3. Adam moved to Townsville in 2004 and had no car. “I was 31 years old using a BMX as a daily driver! But I found myself in a job with a decent salary around the same time I learnt how to use eBay. One night-shift, my mate Elvis suggested I buy a car; within three hours I had dished out $5K for this VK Group 3 mock-up. After a nervous 10-day wait it turned up on a car carrier and looked the goods. I lit the fuse on the trip home and swear it used a third of a tank of fuel to wind up to 100mph! 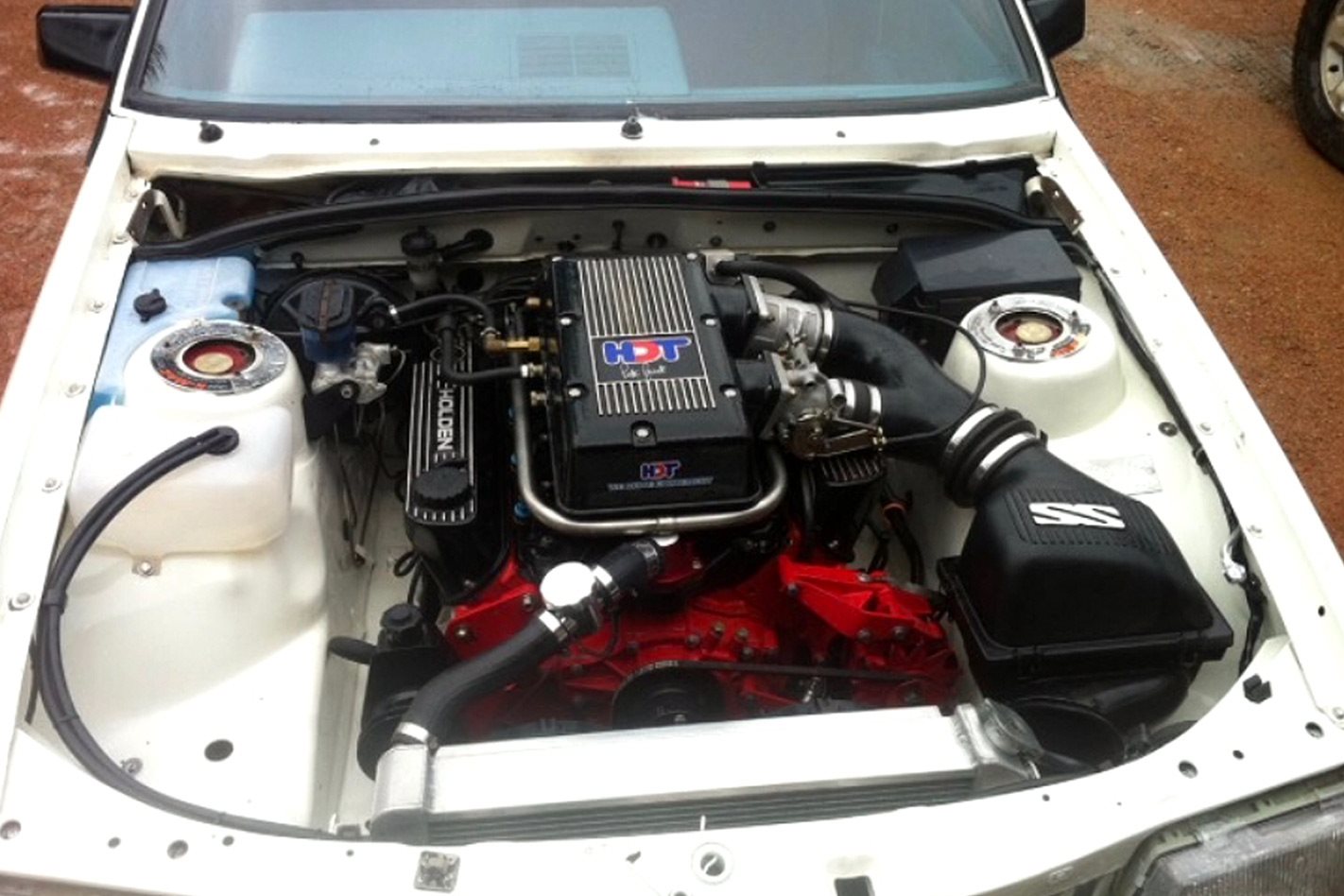 I was convinced it was a diesel-powered 253 with no rings and four flywheels – so damn slow! As luck would have it, a local in my suburb advertised a VH with a rebuilt 308, new auto and new diff for $1800. This engine has been a friggin’ rock for me. We have fitted this same donk to three of my cars and it’s currently in my latest VK.” 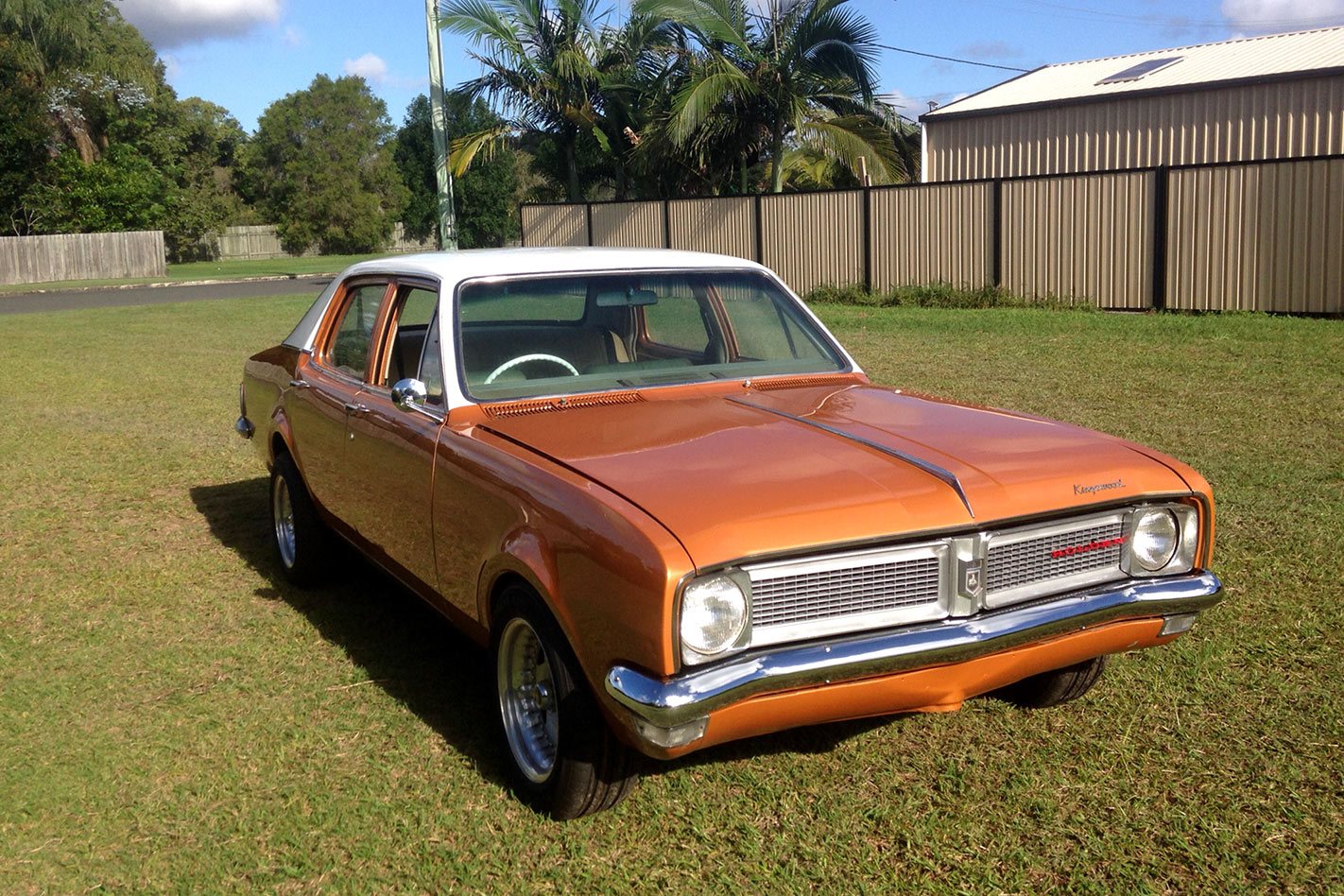 4. Adam's mate Doug showed him a photo of his unfinished Daytona Bronze HG sedan with 15-inch Convos and said he was going to rip out the 253 and drop in a 383. “I told him to cool his jets; a 253 Kingswood is important in this age of gentrification and there will always be a place for the much-loved thong-slapper,” Adam says. “He took my advice and the HG is now finished, complete with a detailed 253 and twin chrome wheelbarrow-handle exhaust tips. Holden’s baby V8 with fat 15s are more than ample for a Friday night burger cruise, Saturday arvo ice cream run, and Sunday trip to a country pub for a counter feed. And it’ll still chirp the tyres if you’re feeling toey.” 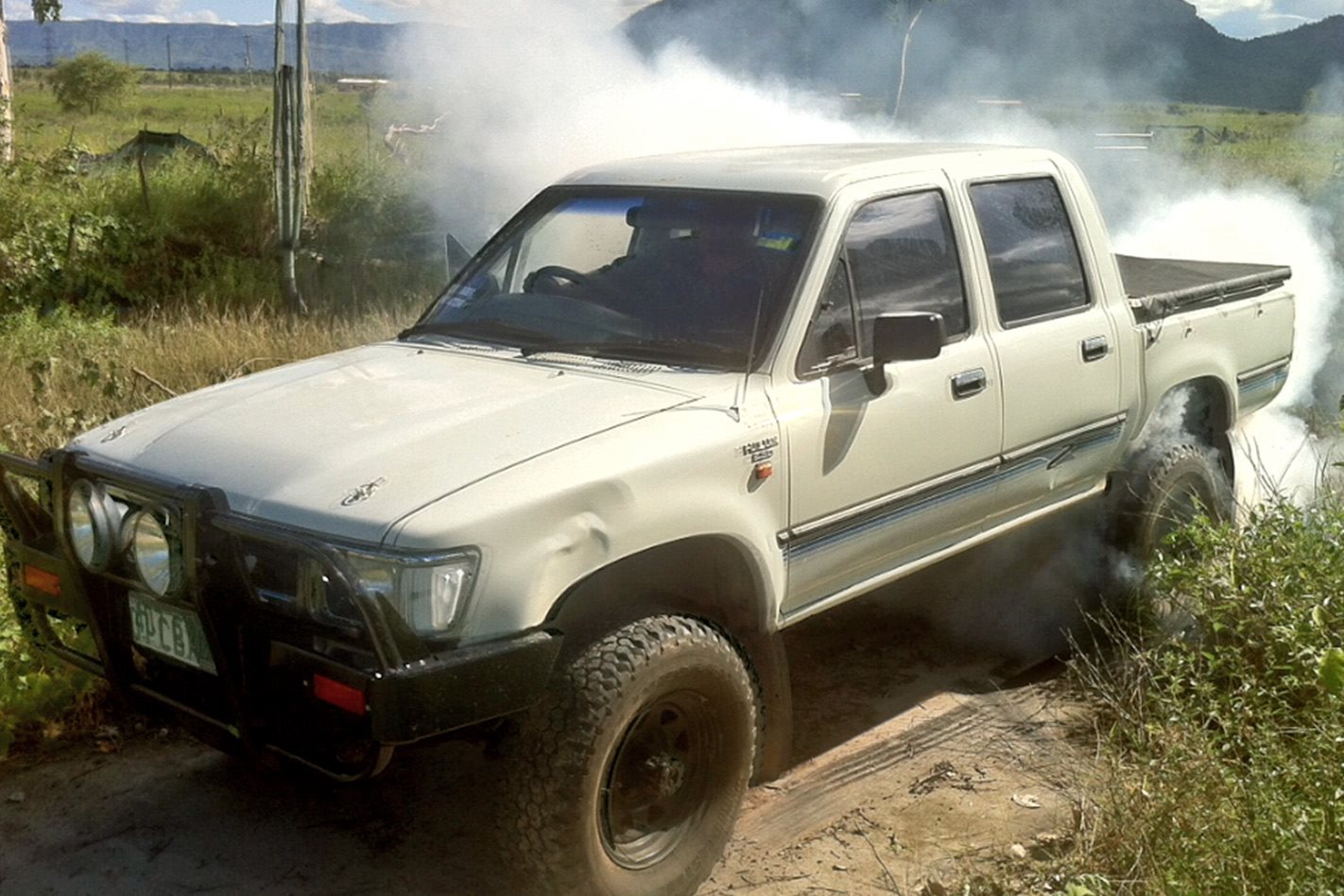 5. When the old non-turbo diesel engine in your work ute expires, it offers up the perfect opportunity to repower it with something fun. “I was between street cars at the time but had my warm 308 and Trimatic sitting around looking for a home,” Adam recalls. “My brother and nephew slotted it into the HiLux and it went hard and sounded cool with a gear drive and cab-dumper three-inch system. It ended up being the only car I have ever owned that I defected off the road myself!” 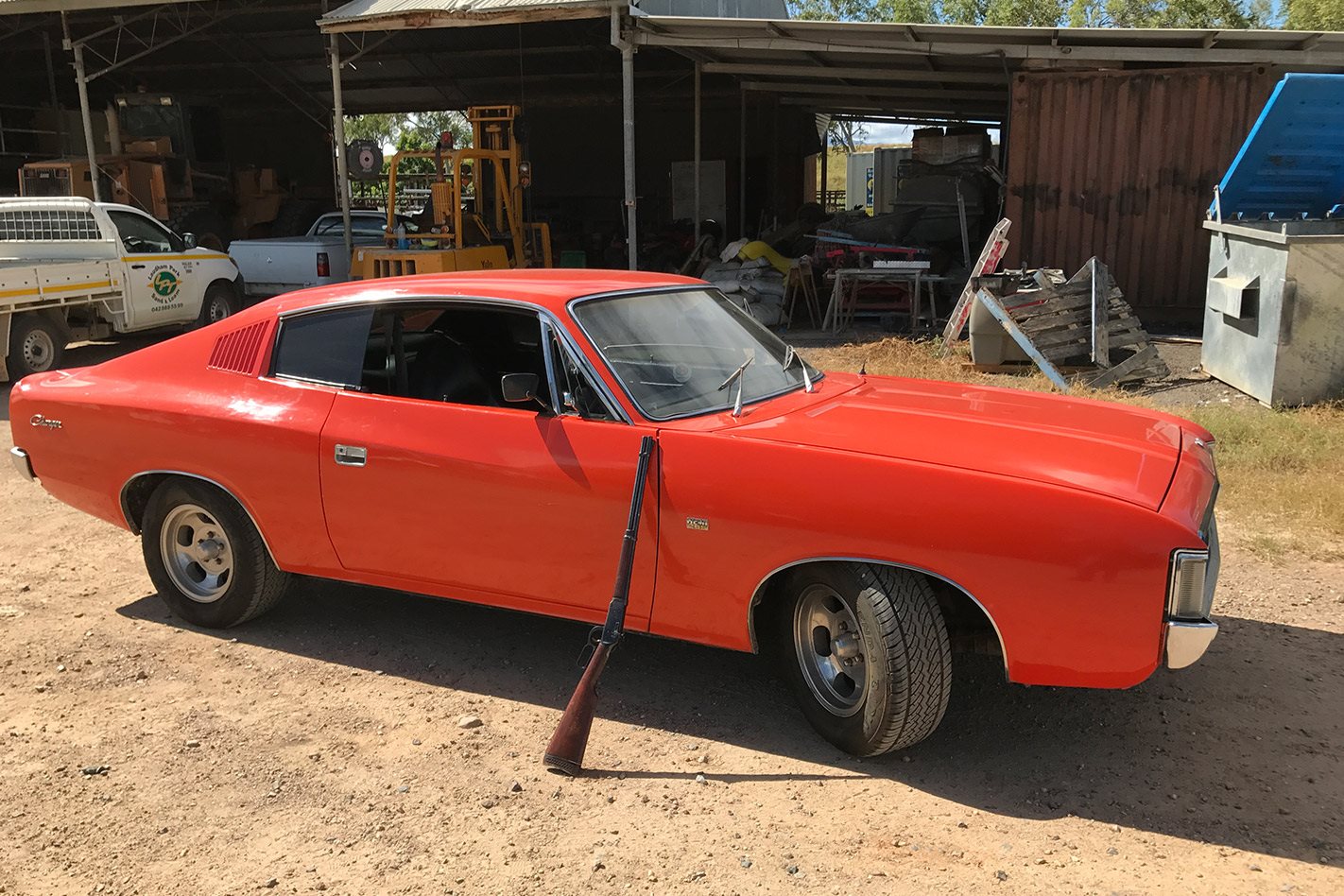 6. Adam is the caretaker of this VH Charger and is getting it up to scratch mechanically for his mate’s teenage son. A Hemi 245 and auto combo will make it the perfect P-plate cruiser. “This is what Tinder was back in 1972,” says Adam of the iconic Val. “I still get a few old darlings yelling out: ‘Hey Charger!’ and giving me the peace forks, so it still has the moves to pull chicks. Speaking of 1972, that’s both an era-correct car alarm and Club steering lock leaning up against the door.” 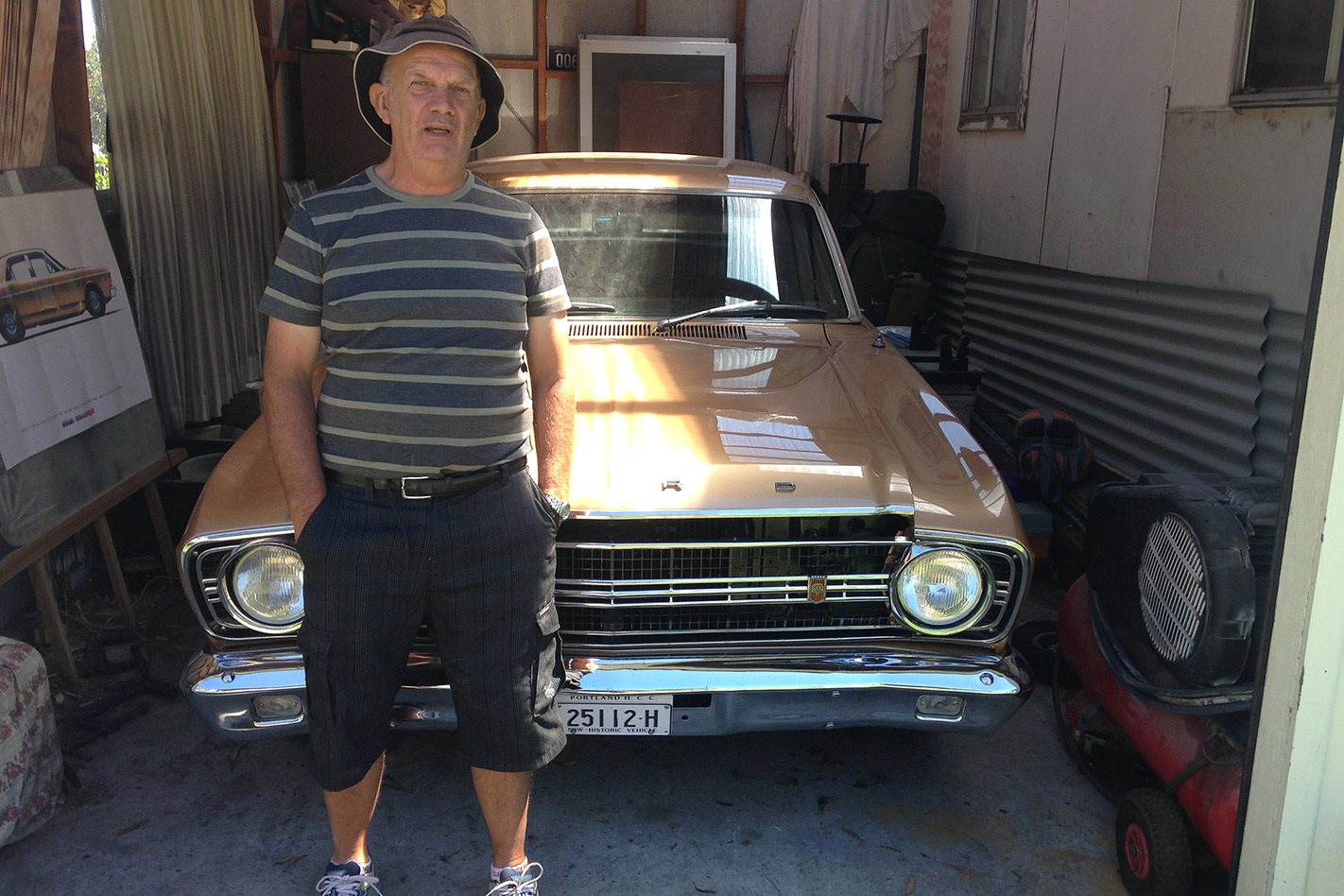 7. Adam's close friend Bazza owns this gold XR GT. “It’s one of my all-time favourite cars – yes, another Ford, but it’s from the larger four-barrel, bent-eight crowd, so it’s okay,” Adam says. “Baz lives up in a small town behind the Blue Mountains and he and his brothers are Ford men to the core. In the early 80s Barry and his brothers were on holidays and one brother took ill; the dash to the hospital through the Blue Mountains in Baz’s 351 XA is the stuff of legend – Panorama isn’t the only mountain in that area. It’s fun to have an old mate with a proper GT Falcon who will happily mash the four-barrels and somehow talk for three hours about cars yet never mention compliance plates or radiator stickers. ‘Oi, Baz, give her the berries,’ I tell him. There’s never an echo because you don’t have to say it twice.” 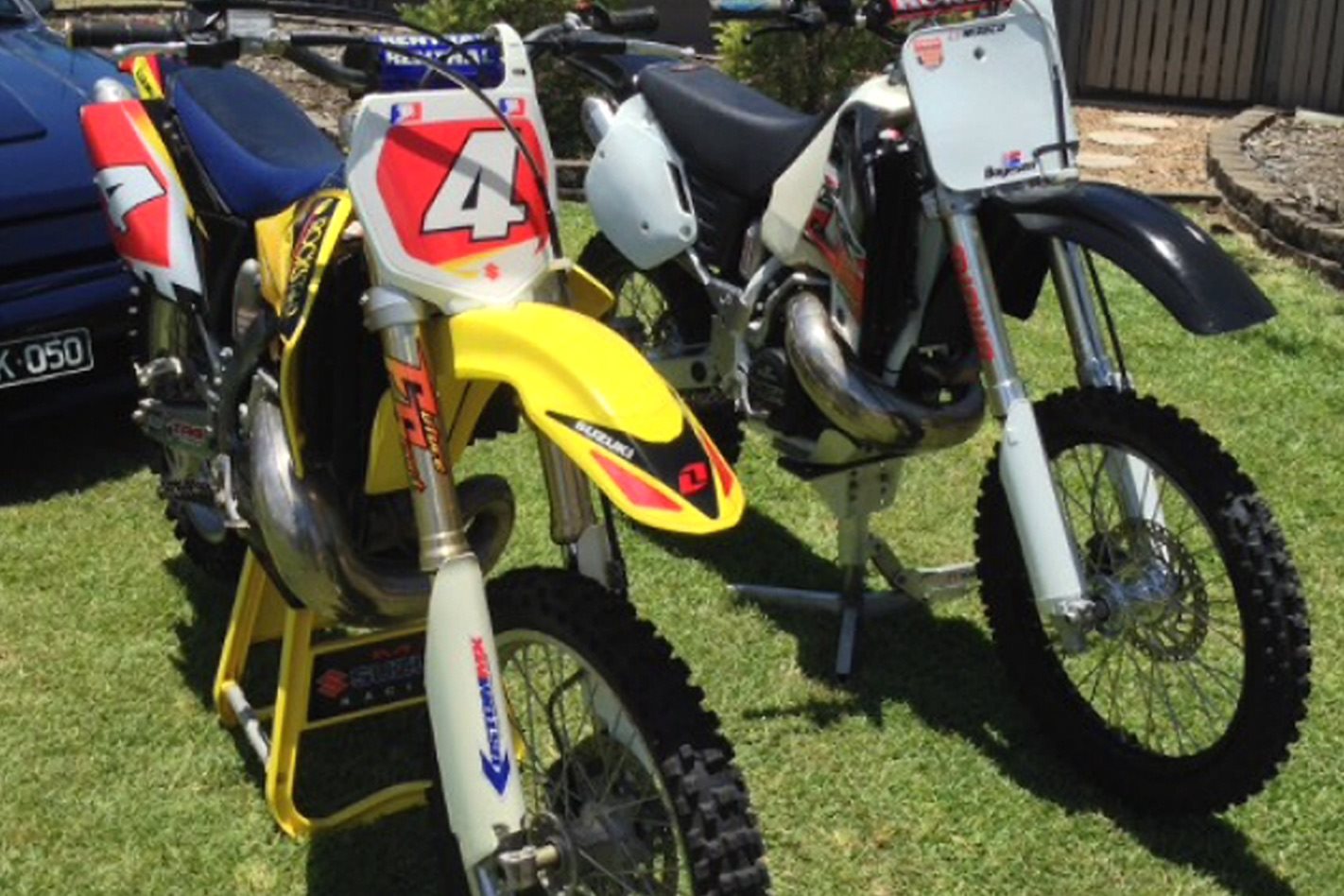 8. Adam decided to have a two-stroke show ’n’ shine on the front lawn. “The yellow 2007 RM250 was the last bike I bought brand new after Suzuki announced it would be the last of the two-strokes,” Adam says. “I decked it out in [motocross racer] Ricky Carmichael livery – the fastest ranga of all time – and put it on display in my lounge room for a few years before selling it in 2014. The 1998 Honda CR500 was owned and restored by my mate Disco Dave. They are widely regarded as the ‘widow-maker’ of the dirt-bike world. They produce virtually uncontrollable power and are an absolute monster to ride – once you can actually get it kickstarted, that is!”