ADAM Slorach has been beating V8 skid cars at their own game in his six-banger Holden HR ute, NUMNUTZ, for years now. His other toy, a blown 308-powered HB Torana called GOTNUTZ, graced the cover of the 300th issue of Street Machine back in August 2013. 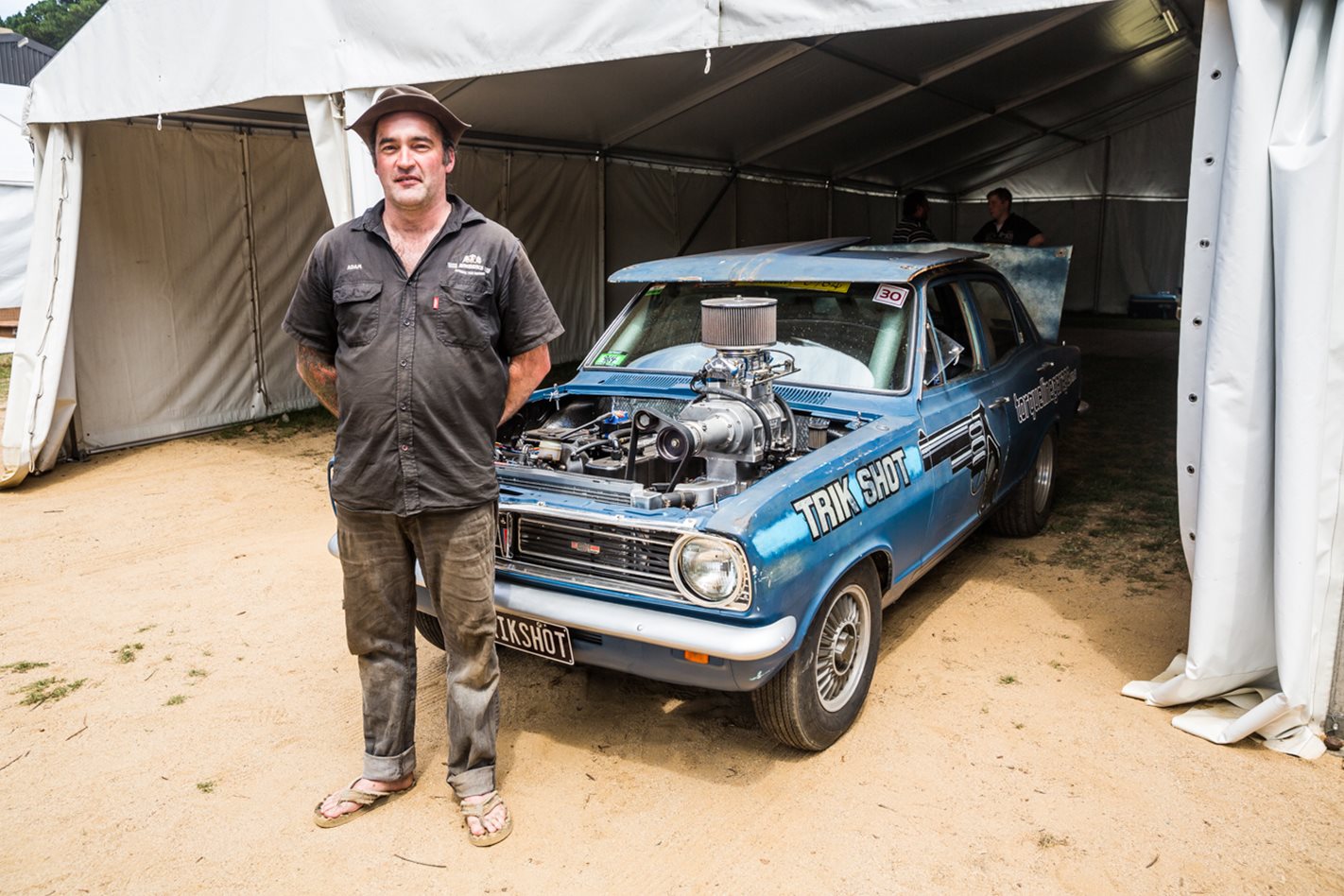 In many ways, his latest acquisition is a blend of both cars, being a blown six pot-powered HB Torry. It also happens to be a wonderfully preserved 80s drag car that’s an absolute sight to behold.

The car had been laying to waste in a suburban yard for some time and was looking a little worse for wear before Adam got his hands on it. The HB sat in the corner of the workshop for a couple of years while Adam tended to his other cars, but just when he had a hankering for a new project, opportunity came knocking. Daniel from Torqueline Garage declared his interest in building an engine and ’box along similar lines to what was in NUMNUTZ. In turn, Adam suggested that he could build Daniel an engine and trans, drop ’em into the HB, and take it to Summernats as a promotional exercise for both Torqueline Garage and Adam’s own business, ATS Automatics. 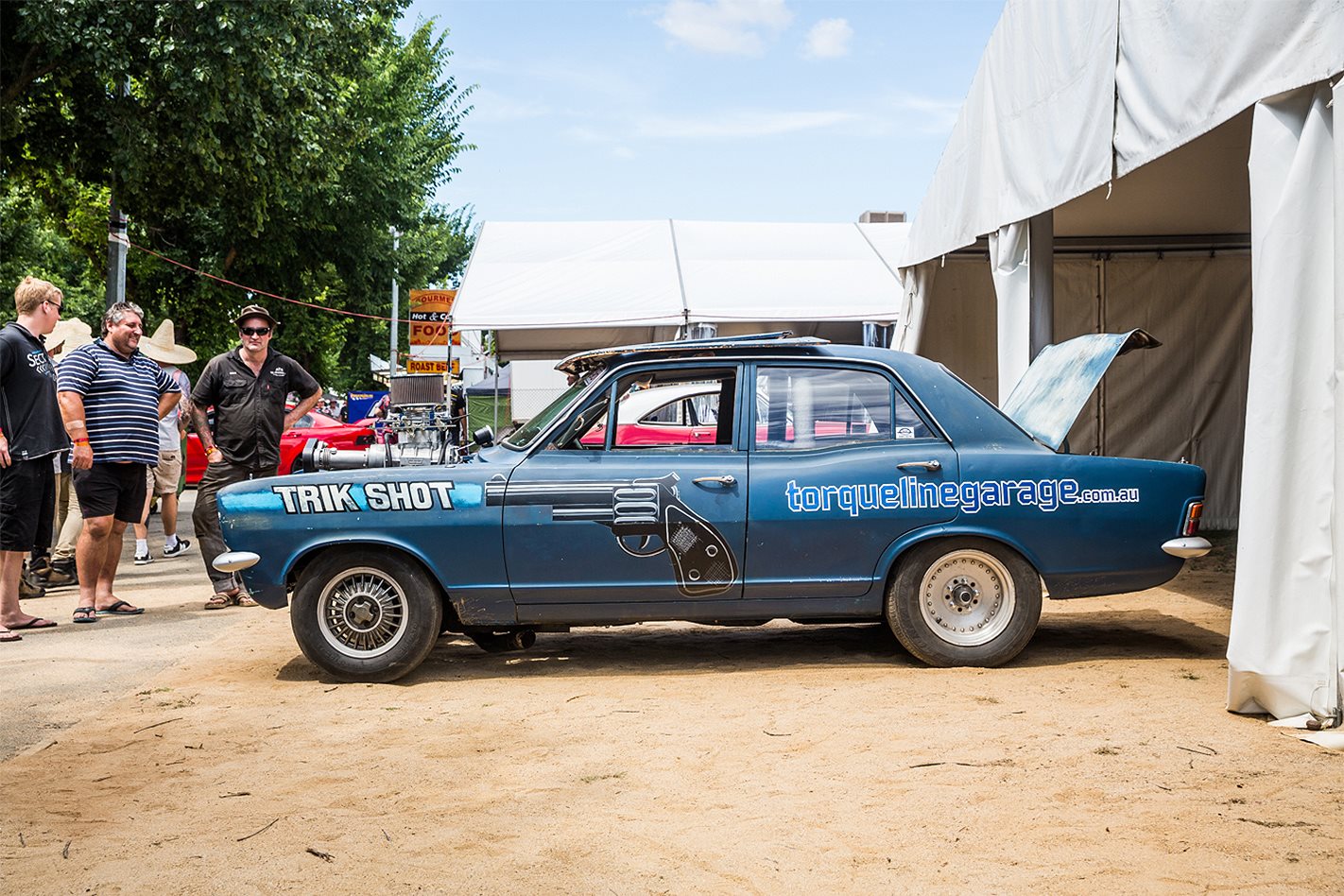 The plan was hatched and work began, with Summernats 30 as the deadline.

Adam has done his utmost to preserve the car’s originality. “The guns painted on both sides are old, and the ‘Trik Shot’ graphic on the passenger side is still original, too,”

he said. “The driver’s side front quarter needed repair, so the ‘Trik Shot’ on that side is a new sticker. But most of the paint is 30 or 35 years old. Luckily the graffiti cleaned off with thinners!”

The engine is heavily based on NUMNUTZ’s combo, but with a bit more fruit. 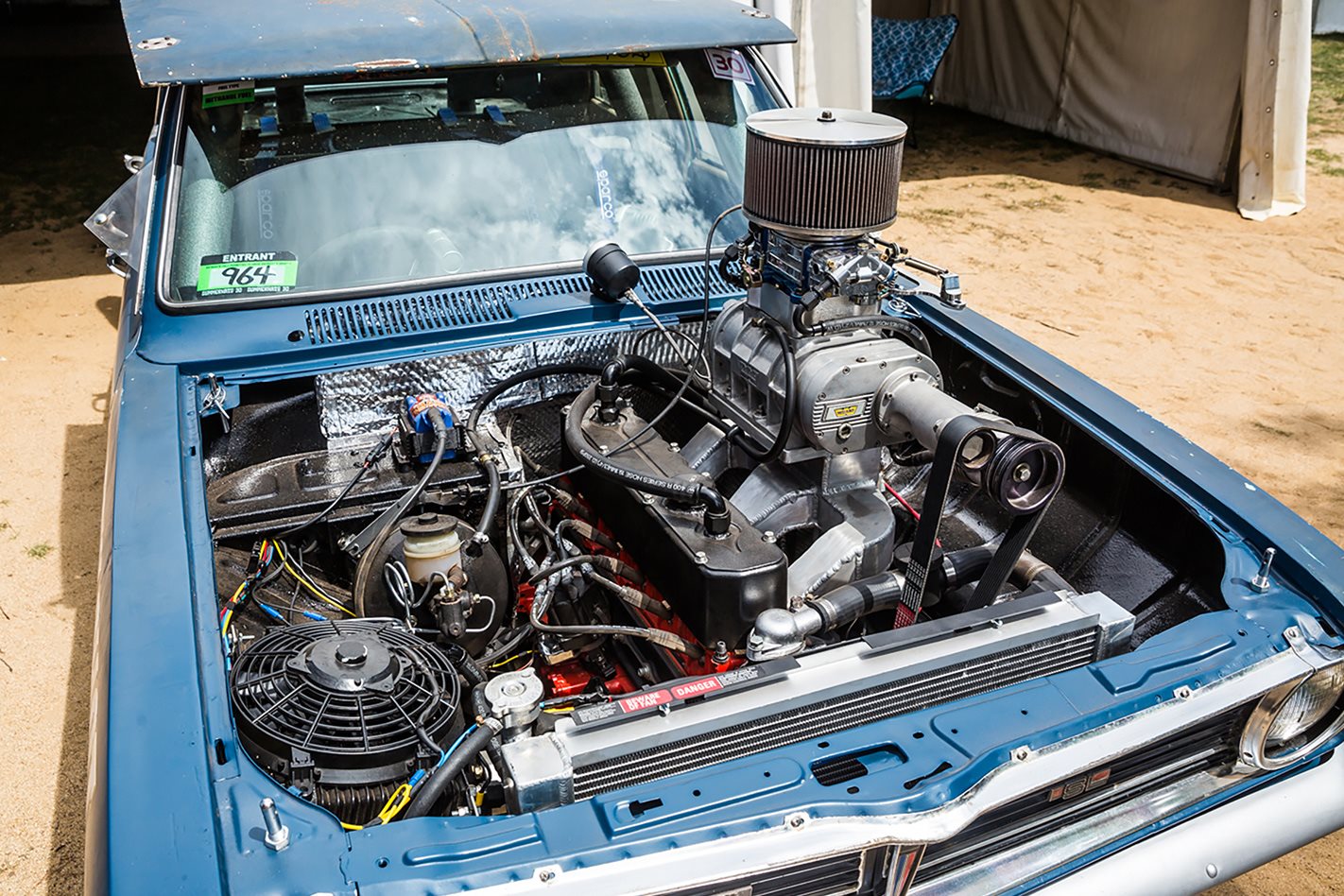 The HB runs H-beam rods, forged pistons and a compression ratio of 10.2:1, and on 13psi boost with 24 degrees of timing it spat out 474hp, still running nice and fat. Later in the year he plans to feed it more boost and timing, and revise the intake manifold to correct the air speed issues he's currently having

“It was built with a bigger budget than mine, so it has a better cylinder head and more compression, and it makes more power,” said Adam. “AED did all the machining on the engine and they have a CNC program for these heads now, so it’s been CNC ported.”

While his original plan was to use the HB as a nostalgia-style drag car, Adam admits that he’ll likely get side-tracked and peel off a couple of skids with it. In fact, it won Best Burnout by a Six on debut at Summernats 30. That being said, he definitely has plans to race it, and hopes it’ll end up somewhere in the high 10s.