AT THIS year's Street Machine Drag Challenge Weekend, Alon Vella claimed his fourth consecutive Pacemaker Radial Aspirated title with this engine fitted to his tough eight-second Ford Capri. Back in 2017, we dropped by BG Engines to take a closer look at Al's Windsor when he was a hot favourite to win his third consecutive title at Drag Challenge. The lads were just about to give it a health check and a fresh set of lifters and valve springs before chucking it back on the dyno to make sure all was good and well. Here's the full story, as published in the December 2017 issue of Street Machine.

Doing Drag Challenge with a nutso naturally aspirated engine is not an easy proposition. You don’t have the luxury of simply turning down the boost like the turbo guys, or turning off the bottle like the nitrous guys. Drag Challenge is a lot to expect of an engine such as this, with 13.5:1 compression and a massive .960in of valve lift! 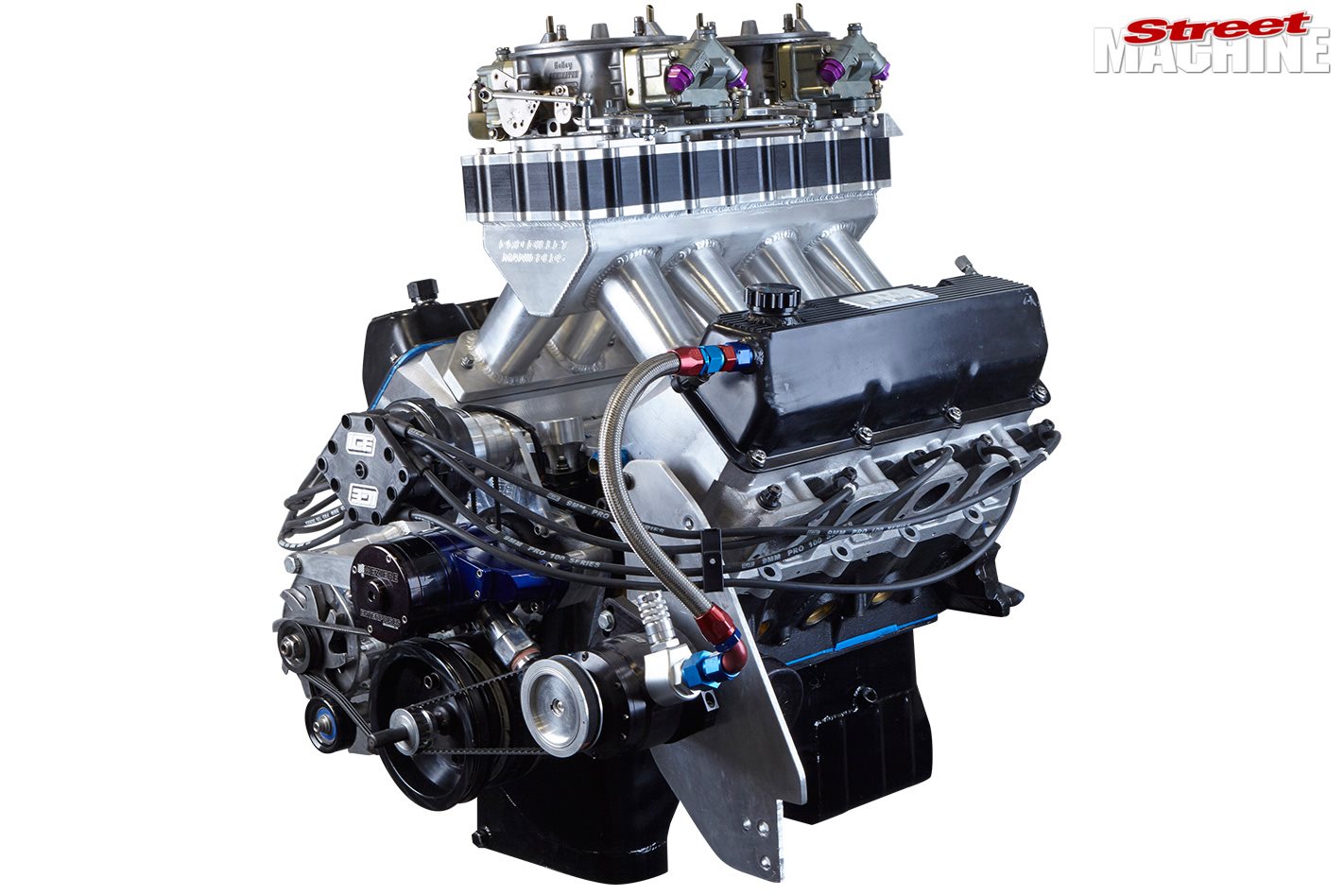 “It’s a real challenge; we’re doing something with an engine that we knew was going to be a real borderline type of deal,” said Damien from BG Engines. “It’s an engine that’s really only designed to do 30 passes, and we put 1500km on it last year, plus a lot of passes in testing, and we’ve been super-happy. It’s only hurt one lifter in its time and it’s been a really good engine.”

So, what makes it tick? It runs a Windsor-based Dart block with an oiling system that’s been modified by the guys at BG. It’s a 450ci engine with a Callies crank and rods, and custom Ross pistons with a fairly conventional ring pack. The camshaft has a 60mm core and it’s an absolute whopper – this thing routinely turns to 9000rpm. 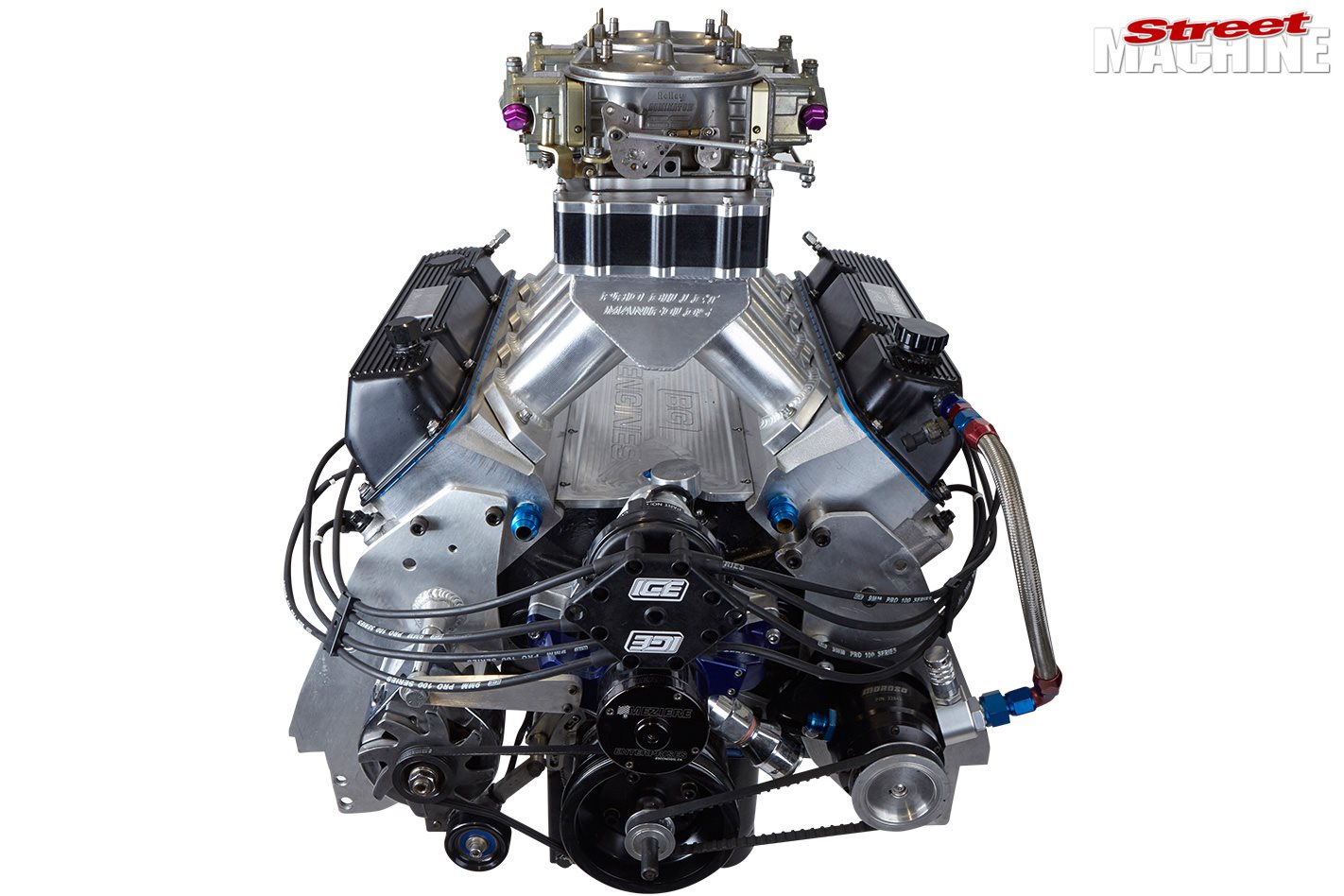 The heads are CNC-ported SC-1 Ford items that are an Edelbrock casting, and as you’d expect, they’re outfitted with some fairly hardcore valvetrain hardware. The valves themselves are titanium, and there are triple valve springs, spring oilers to keep the springs cool, and a set of T&D Pro Series rockers.

The manifold is a Pro Billet tunnel-ram with CNC-machined billet runners and a sheet-metal plenum, made in-house specifically for this combo by BG Engines. It’s topped with a pair of carbs built in Queensland by Ray Edwards.

It runs a 10-amp ICE Ignition system using a front drive assembly off the Jesel front plate, along with a Moroso vacuum pump. It’s a wet-pan engine with a Titan oil pump, and while Damien would ideally like to go to a dry-sump system, what they have is working fine for now at well over 2hp per cubic inch naturally aspirated! 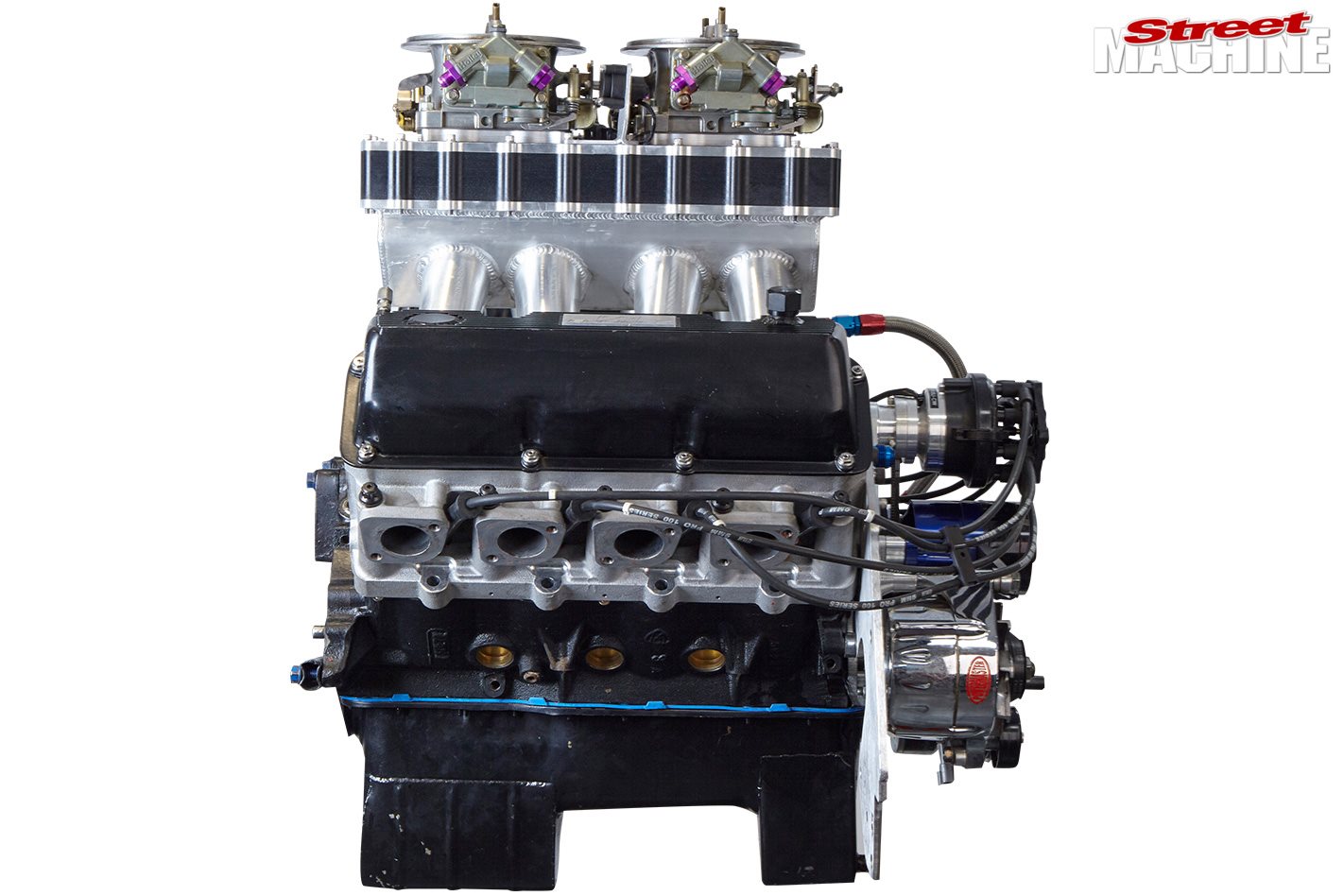 “We’ve got the car down to an 8.73@155mph, which makes it one of the quickest aspirated small-block genuine street cars around,” Damien said. “It makes 960hp right now and we’d like to make another 25 prior to Drag Challenge. Then one day we’ll look to eclipse that famous 1000hp mark. But there’s not much left on the table; it’s got all the fruit, this thing!” 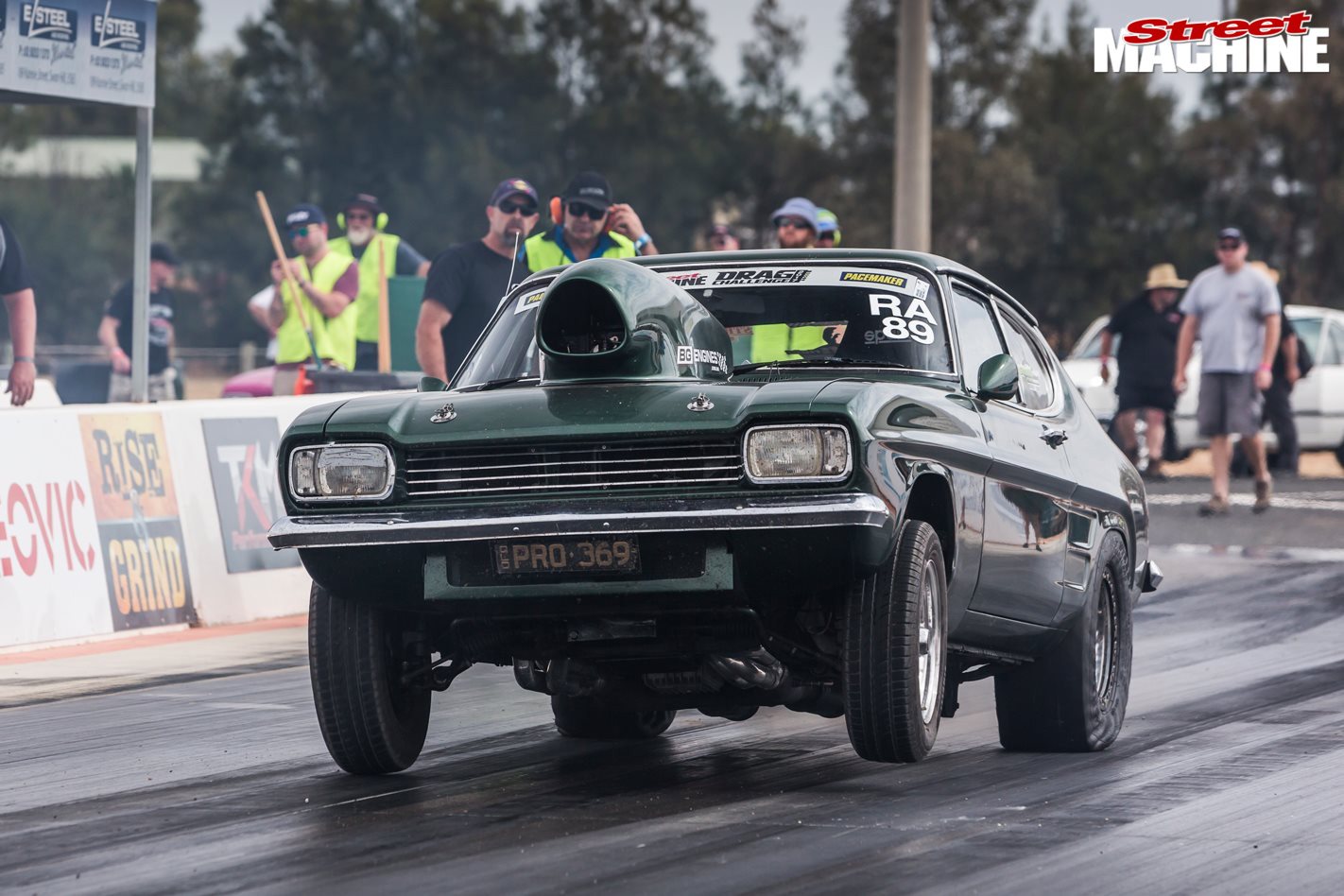 Al's mental aspirated engine was built primarily for Drag Challenge, so how do they get it to live through the five-day torture test?

"It has a huge camshaft so it's pretty hard on lifters and valve springs, but to make power levels at that end of town, that's where we need to be," Damien said, "For Drag Challenge we have the option of running smaller-ratio rockers to cruise on to save lifters and valve springs, and then we switch to a higher-ratio rocker for maximising the engine at the track. We try and take some lift out of it when we can to save some parts.

"Other than that, at 13.5:1 compression, it's a dual-purpose fuel deal; we cruise on unleaded and race on ETS."