QUEENSLAND sparky Andy Lynes has his dad to thank for his passion for HQ Holdens. “My old man bought this ute brand new off the showroom floor, and that got me into HQs,” he explains, gesturing to the white commercial before us. Andy has parked just about every model of Quey in his awesome shed since then, and currently enjoys three pearlers of very different moods; along with his dad’s old six-banger ute, there’s a tough Monaro GTS coupe and a GTS four-door sedan. 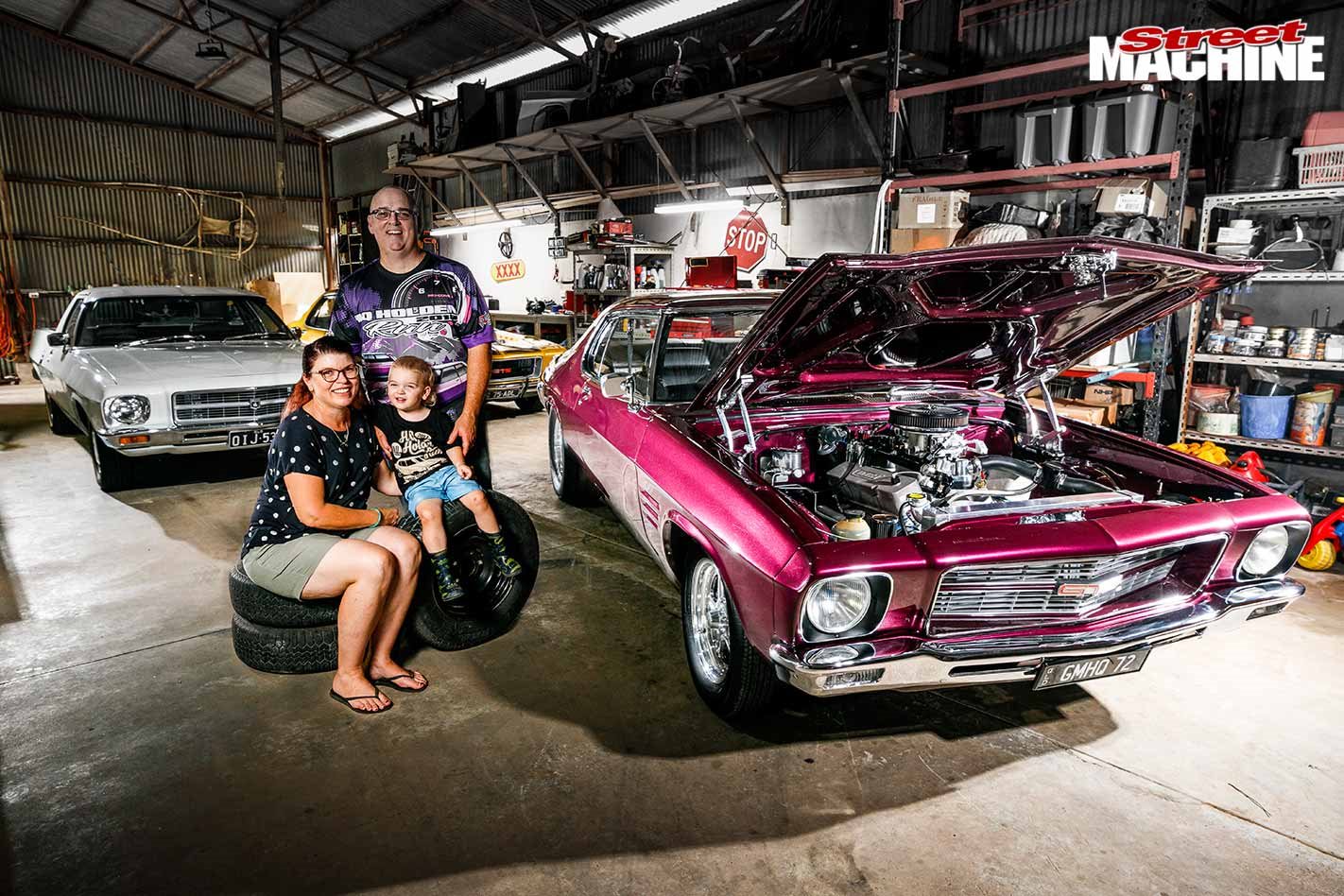 “Since I could drive I have had HQs, including a few original, matching-numbers GTS coupes and sedans. I did try a few other cars, but I’ve always come back to HQs,” says Andy, whose appreciation for the model started not with the brawny GTS 350 muscle car but a humble work ute.

“My old man was into race horses and towed floats with his HQ ute; then I got it after he went blind 20-plus years ago,” Andy says. “It’s a 202 red six and three-speed, all original, exactly the way it came out, but I put power steering and disc brakes on it. It is pretty much exactly how Dad had it, and it drives beautifully because it hasn’t been bingled or messed with.” 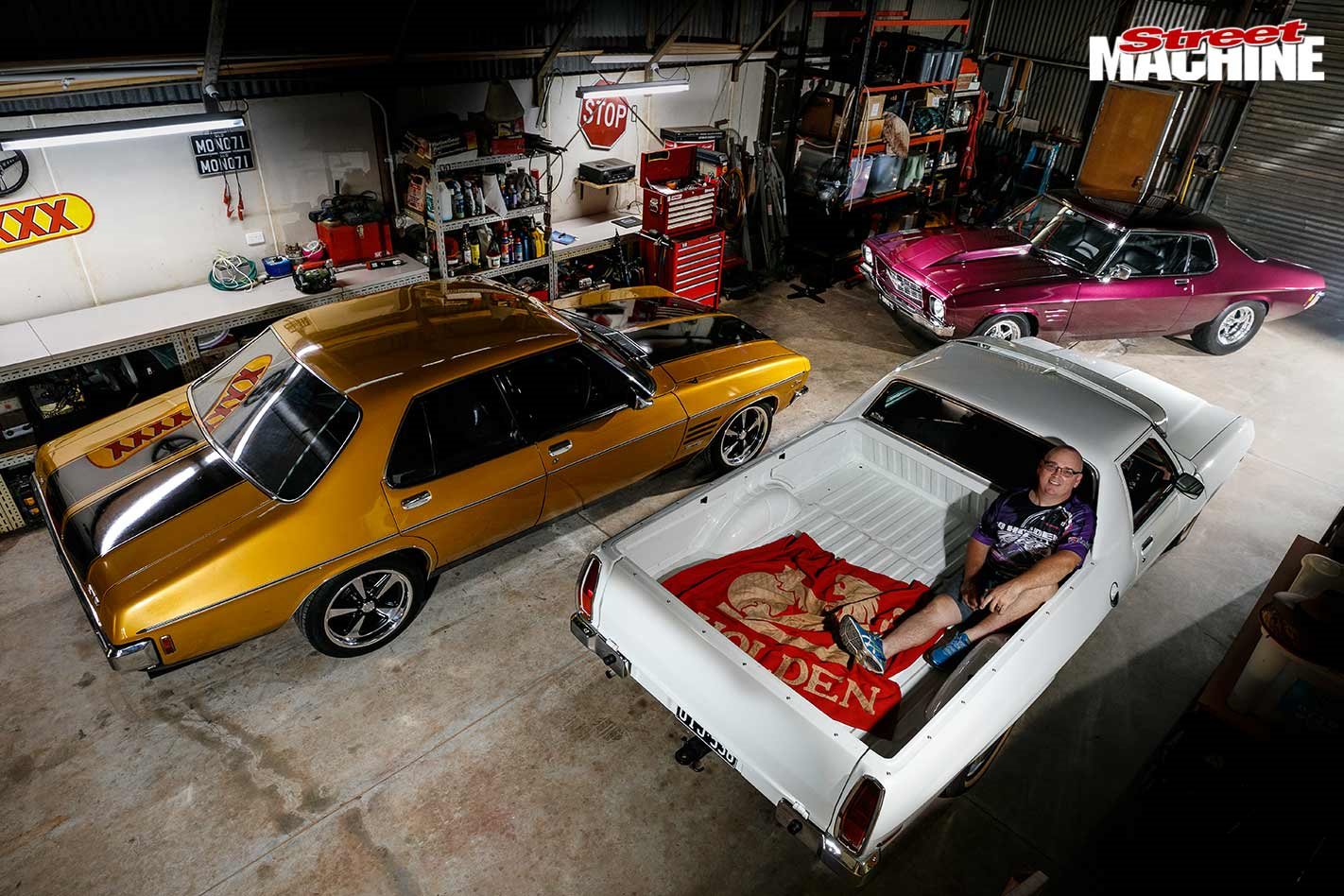 “I’m keen to take the coupe to the track, as it’ll probably go low 10s, but with the spray it’ll go a lot quicker,” Andy says. “A similar combo down in Melbourne has gone 9.6@141mph in an HJ four-door”

The ute isn’t just figuratively home either, as Andy’s dad actually built the shed it lives in. However, he constructed the building for a different form of horsepower. “Originally this shed was all stables when Dad owned the property,” Andy explains. “I bought the family property, subdivided it, and kept the shed, which were my old man’s stables and they were his life. 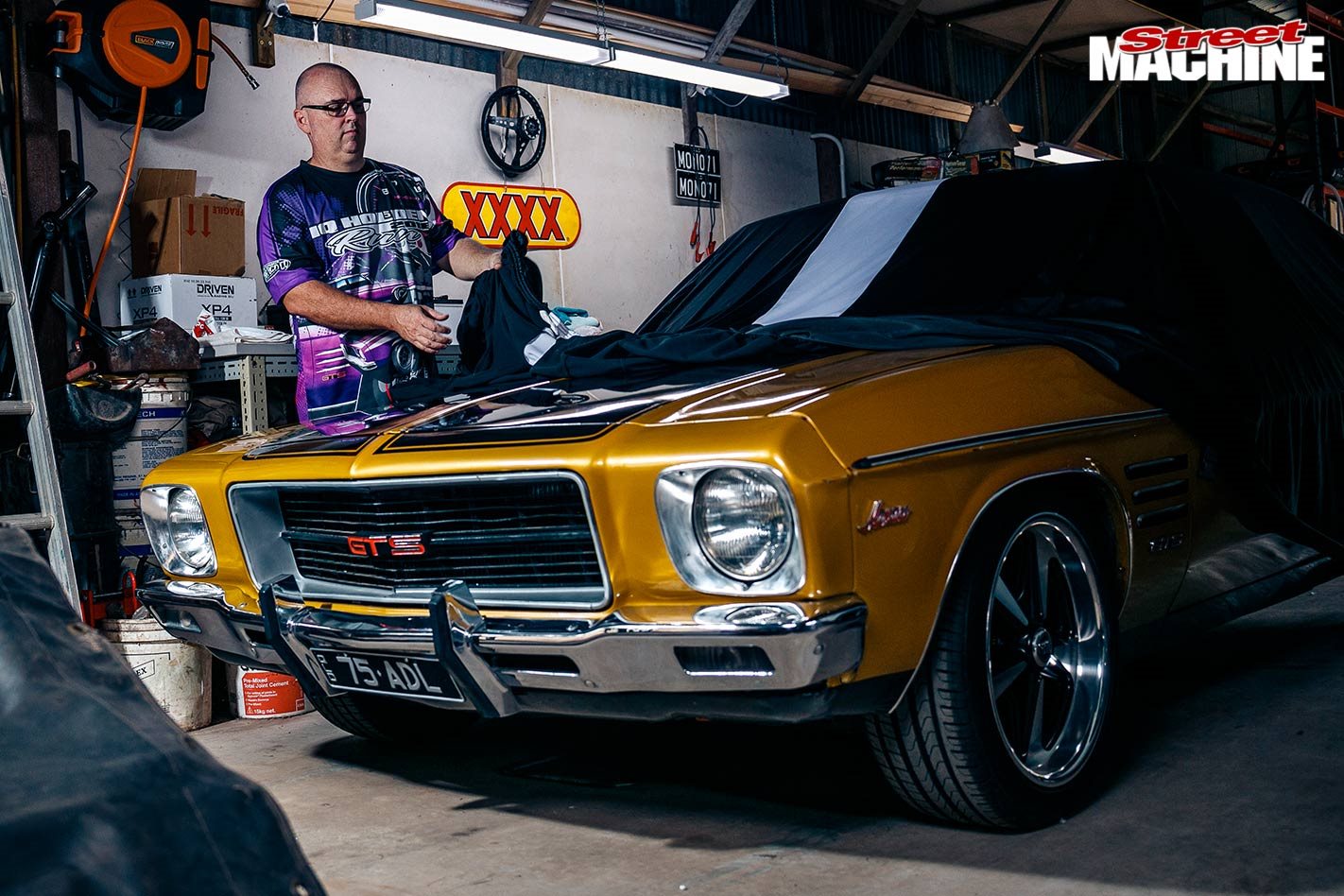 “The motor will come out of the four-door and I’ll put a toughie in it, probably a Holden stroker,” says Andy. “I’m a big fan of VN-headed 355s. I had a 550hp one in another car, and it wasn’t over the top thanks to a hydraulic-roller. That’s the idea behind the GTS four-door – to have fun with the family. The coupe is a bit too much”

“I had a section at the back when I was a young kid where I had a workshop, but when I bought it I converted the whole thing into a workshop. A few mates helped me concrete the floors, and put the hoist in to trick it out. I’ve probably done eight cars in here.” 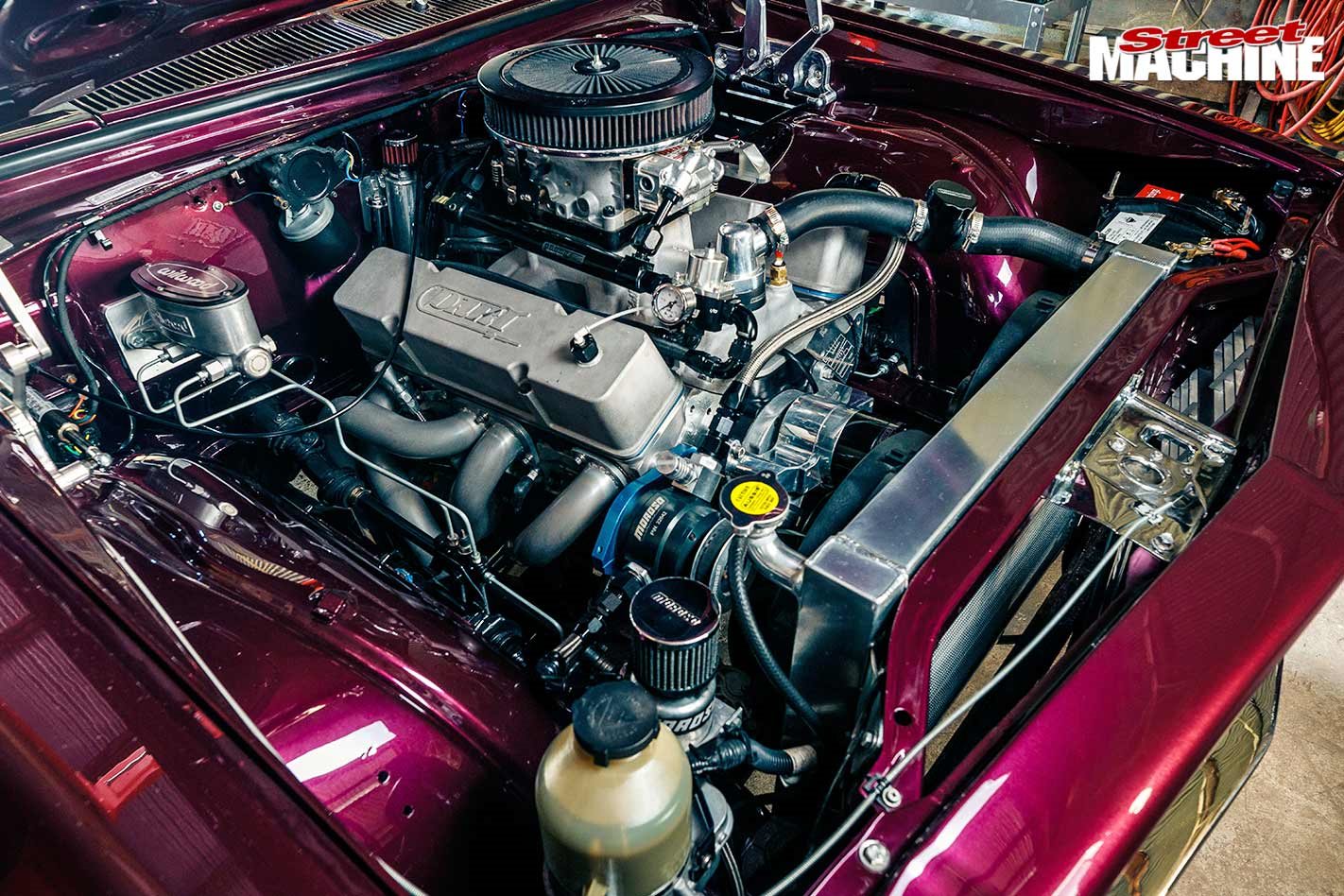 “I’ve had six or seven coupes, but I got all the good bits and made one good car out of all the pieces,” Andy says. “It’s a pretty stout small-block, and for the latest build I changed to a 5500rpm SDE converter, a built TH400, fabricated 9in, and an adjustable rear end”

But one car Andy won’t be building is his dad’s ute. “When I was younger I wanted to play around with it, but as I got older, I couldn’t do it,” he laughs. “Small-block Chevs are my thing, but I have a sweet spot for the ute as it is sentimental, and that’s why I have it.” 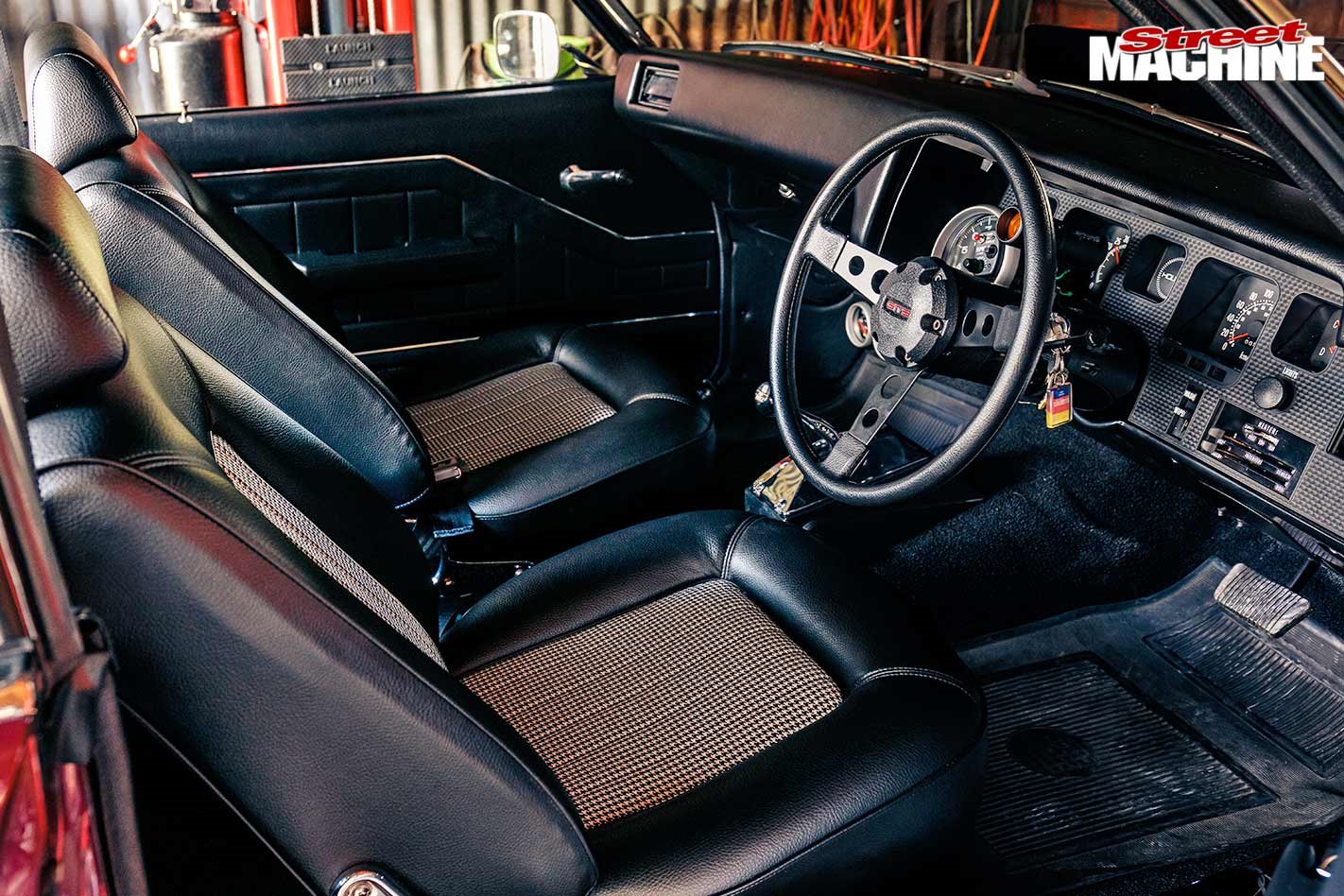 Andy doesn’t want his coupe to run any faster than 10.5 at Willowbank as he doesn’t want to have to tech it. “I don’t want to chop the car apart for a ’cage, because that ruins them in my opinion,” he says. “This car has had a ’cage, two seats and harnesses, but I couldn’t put my mates in it and have fun with it, so what’s the point?”

Thankfully, Andy gets his small-block fix thanks to the tough Monaro coupe he’s just finished another rebuild on. “I’ve had the coupe over 20 years, since I was 21 – I’m 42 now,” he laughs. “It’s a fresh build, finished at Christmas, with a new 430ci Dart motor with good gear like AFR heads, a Callies crank, CP pistons, Compstar rods, Jesel rockers, a Super Victor manifold, 1100 Dominator, ICE ignition, and a solid-roller cam. It was built for spray, and I’ll add a 180-shot later on, but it made 730hp on the engine dyno and around 570rwhp.”

Purists should probably stop reading at this point, because one of the coolest facts about Andy’s coupe is it’s a genuine three-fifty GTS! “Originally the car was a genuine Royal Purple factory GTS 350, with a Flax interior,” he says. “The colour is called Violet Pearl, a Sikkens BMW colour, which I chose as it was similar to the original.” 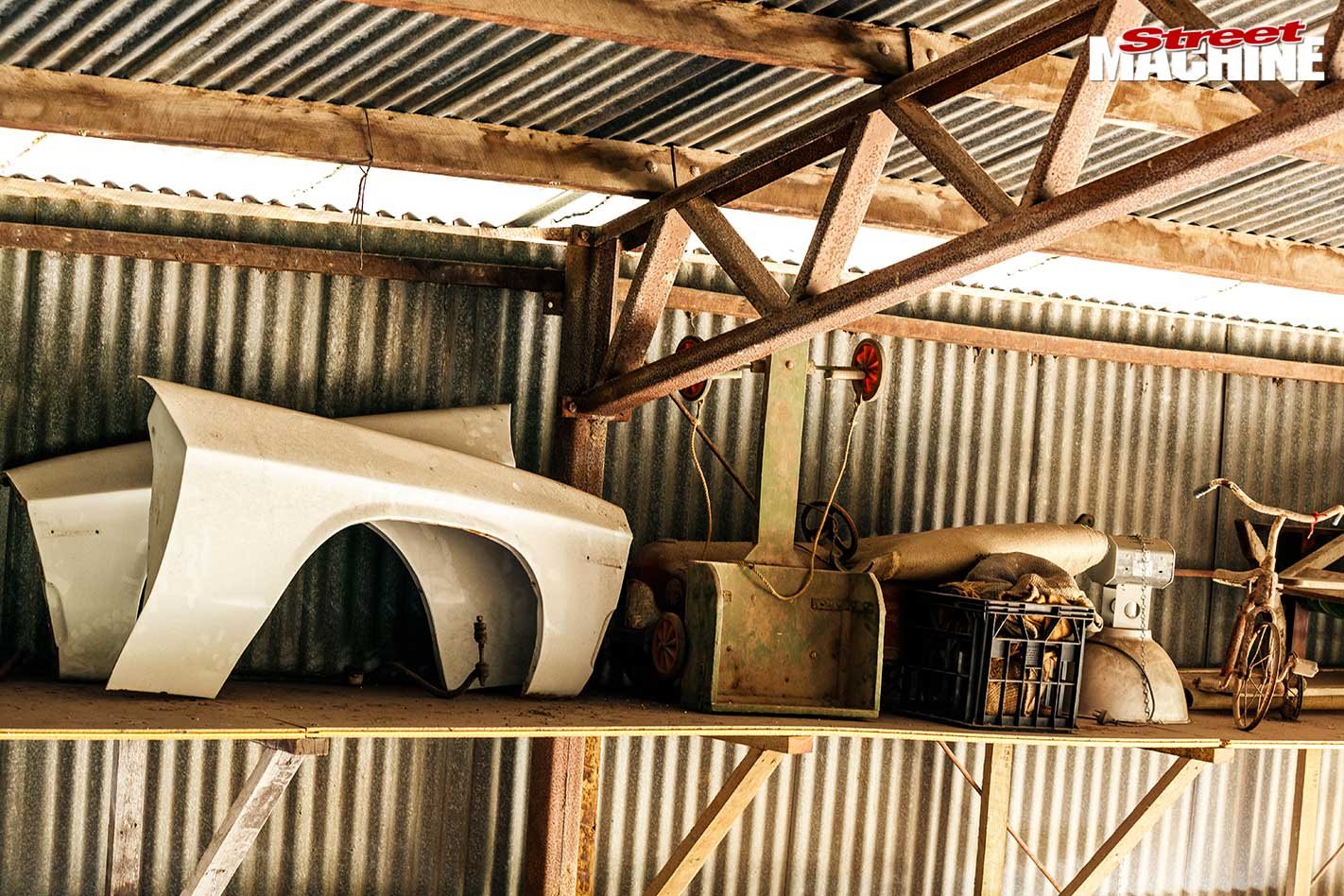 A sparky by trade, Andy handled fitting out the shed and building his house. “I built a two-bedroom, two-storey unit in here while building my house,” he says. “It was a bit hectic for a few years, with pallets of tiles, whitegoods – it was just madness”

If Andy wants to take a stock Monaro out, he does have a seriously sweet GTS four-door to sample, having picked up the sedan to be the family cruiser. “I’ve had the four-door probably only six months,” he says. “The sedan is more family-oriented, as I have a little girl on the way and it makes it easier to have kids in the back. I found this car in Canberra, advertised as a tribute or a copy, but it was pretty tidy, so I got onto Holden Historical Services. It came back as a genuine Sunburst Metallic GTS four-door, with factory black interior, 253 V8, four-speed manual and 3.08:1 10-bolt rear end. I wanted something that was on par with the numbers-matching coupe that I had, but in a four-door, and I was very lucky to get this car.” 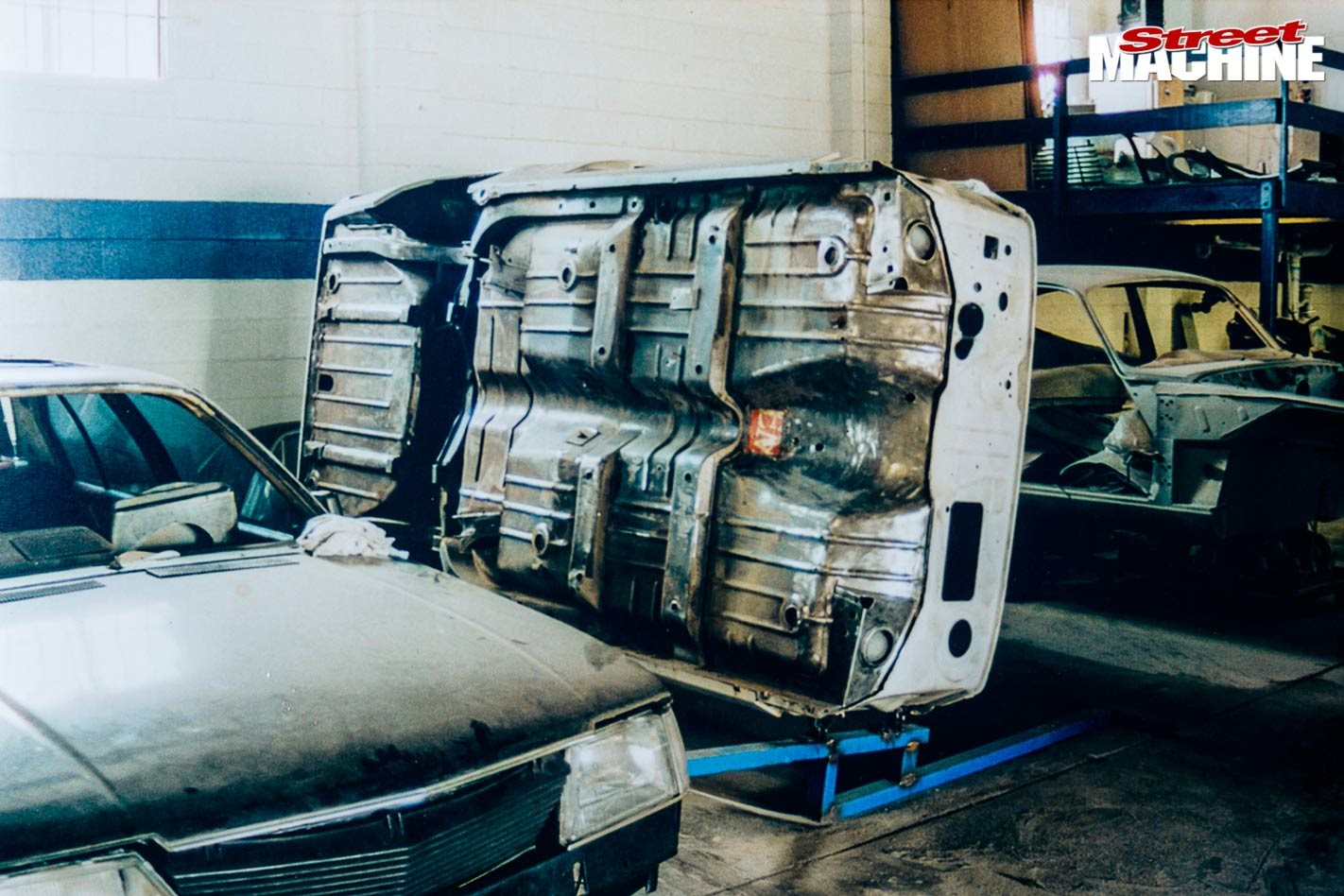 Like anyone who has a long-standing love of HQs, and Monaros particularly, Andy has seen prices blow up over the years, so he knows how hard it can be to find clean project starters. “They’re getting so hard to find without paying huge prices; I paid $3K for my coupe in ’98,” he says. “I love them, they’re great to have, and they’re a great investment, but in my head they can’t be worth this money. To get a nice coupe built how you want and to a high standard, it’s a $120,000 car today, which is ridiculous.” 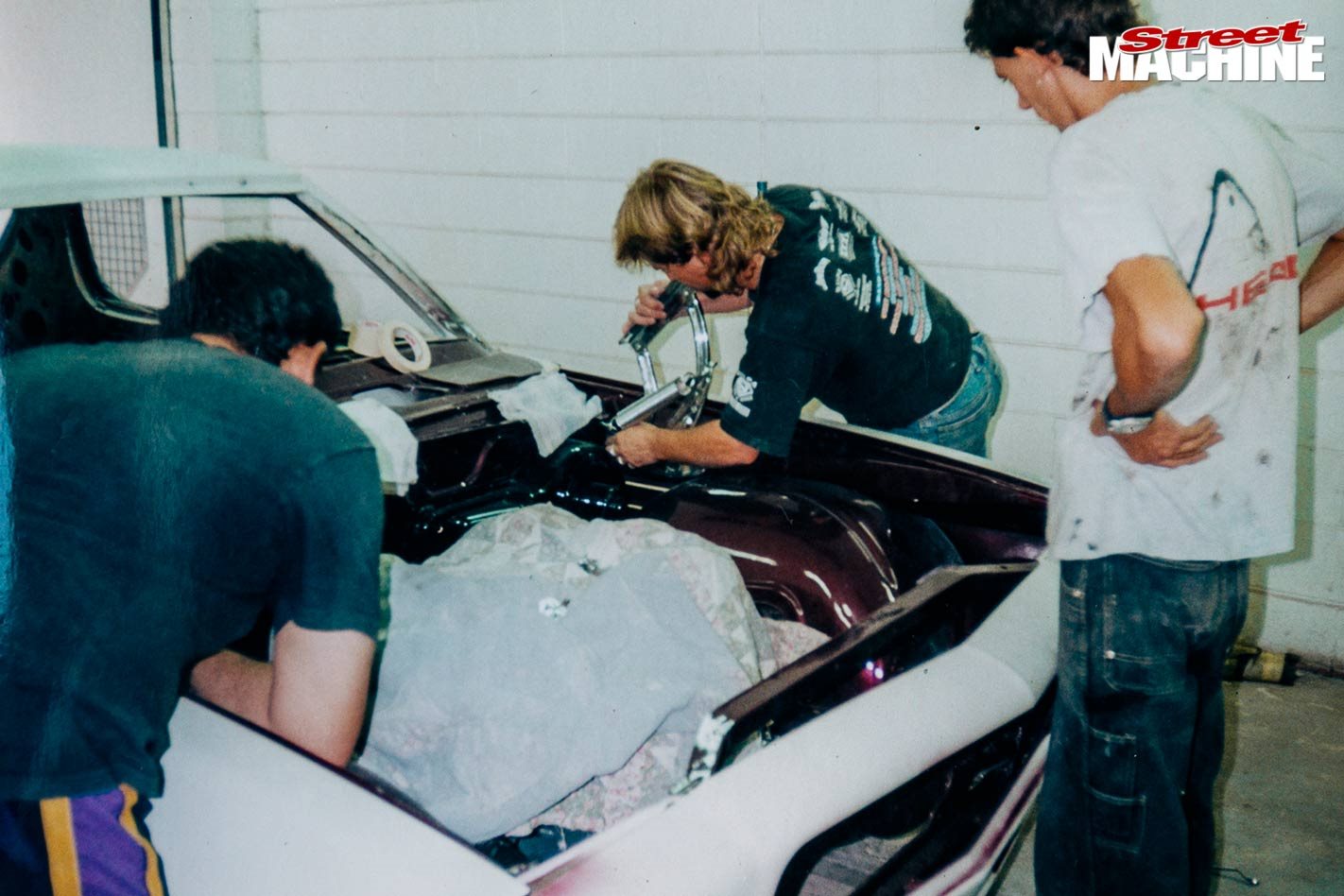 While they’re valuable pieces of tin, Andy doesn’t have them just to look at. “The name of the game now is to drive them and get them out,” he says. “My young fella, Cooper, is three and he loves it. I made sure I could accommodate the family and him when we take the cars out.”