GROWING up around modified cars in Wyong on the NSW Central Coast, 22-year-old Ashley Ducker was destined to want one of her own. But don’t be fooled by the Barbie exterior — there’s more to her VS Commodore than you might think, and when she steps on the loud pedal it sounds like hell is coming to breakfast.

How long have you had it?

Almost four years. I had a VR Commodore when I got my Ps — that was white, with some nice wheels.

How did you get into modified cars?

Dad’s always had nice cars — I grew up around them. He’s got a 1967 Chev at the moment that’s satin black with pinstriping and big wire wheels. He’s got two daughters and a son and I’m the most into the scene! 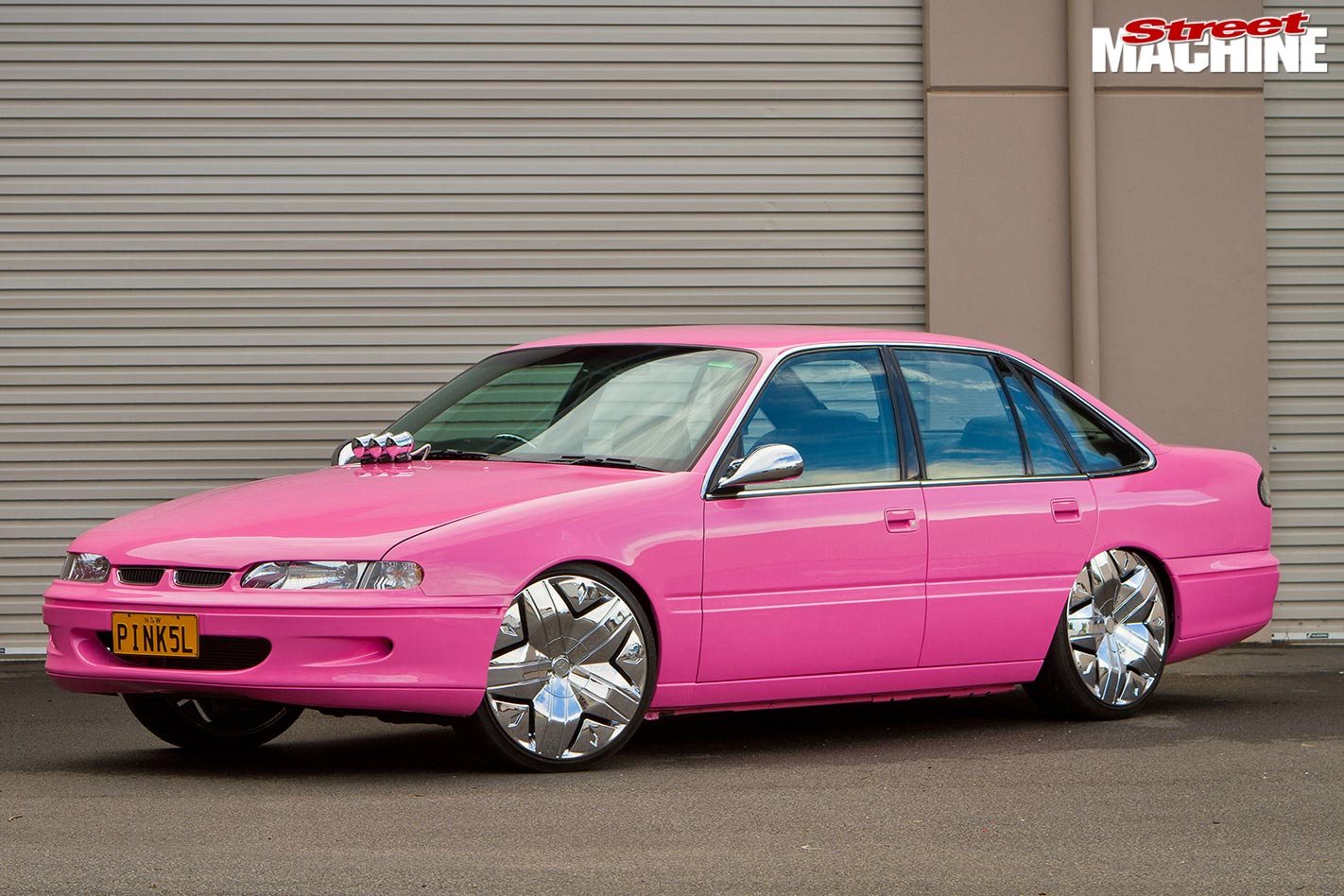 What condition was this in when you got it?

Pretty good, except it was a different colour and a V6.

Did you get in there and work on it yourself?

I helped my partner, Jason, do all the engine bay work. He did the welding and most of the sanding — I hated the sanding — but yeah, I helped where I could. All the bodywork was done by Jason and my dad.

How long did it take to smooth the engine bay?

Around five months including rebuilding the engine.

Where did the engine come from?

I found the motor in a VQ Statesman. Dad rebuilt it to standard specs and then it was detailed and painted.

What attracts you to Commodores?

Yeah, I do now. When we first built it I didn’t drive it much but I’ve taken it to a fair few shows now. It’s not a daily — I’ve got my little Getz for that. 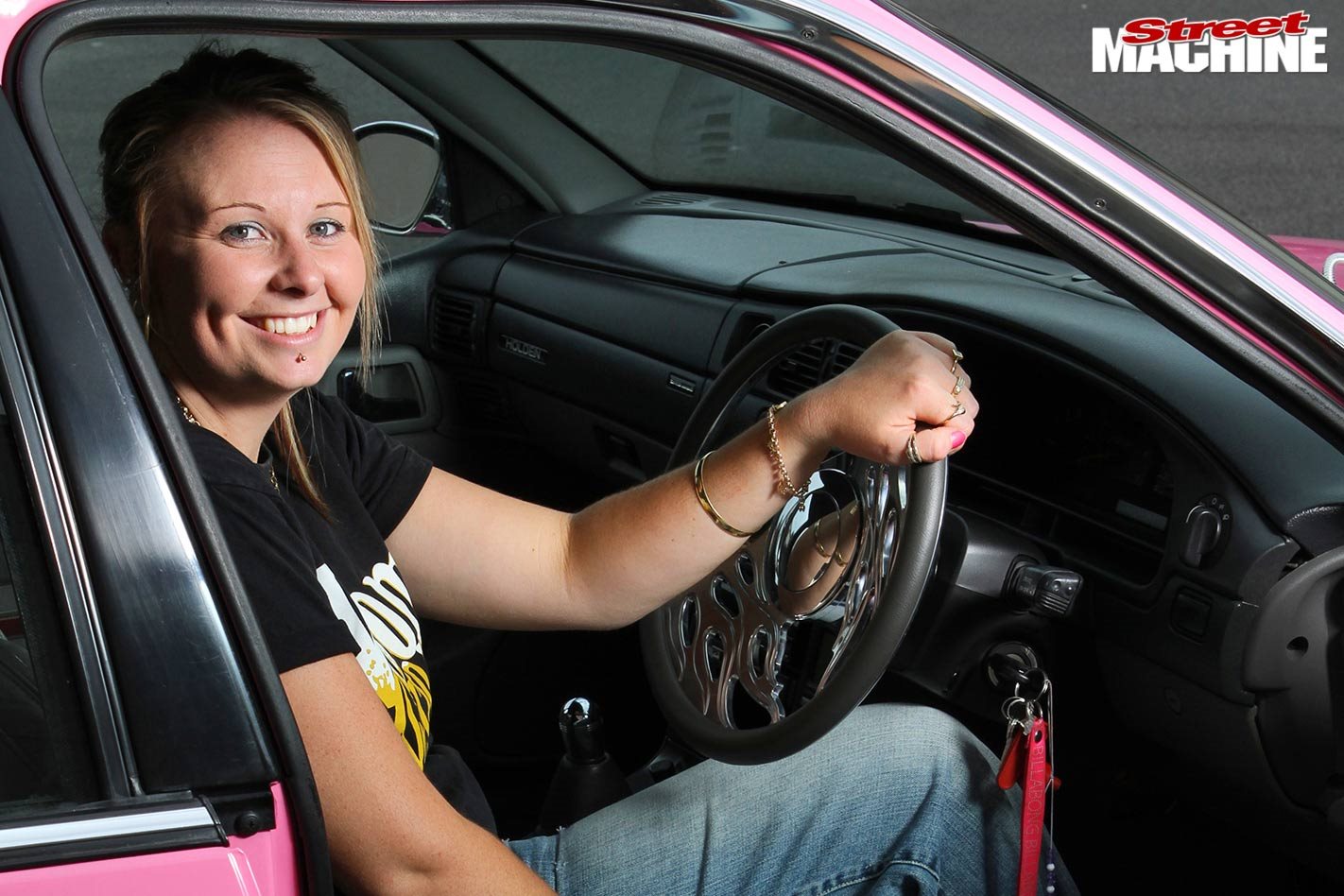 You don’t see a lot of women cruising around in tough Commodores.

How do other women react to it?

I don’t really know — I don’t speak to too many girls. Some like to give me death stares.

I wanted to stand out and I like pink! It’s a custom colour because all the others were too purple.

You probably don’t get too many people asking you if it’s your boyfriend’s car.

No, not too many. Jason once got approached about it because he was driving it at the time. The guy said: “Ooh, nice car!” and Jason was like: “Nah, it’s not mine!” [Laughs]

I don’t think he minds it because the car isn’t too girly. The only thing that’s girly about it is the colour.

What else have you got planned?

I’d like to have more power and do burnouts. I’d never change the colour and I want to keep it legal so I can still drive it. I want it to look like it’s just a girl’s pink car but really it’s not.