WITH four days remaining until Hot Rod Drag Week 2016 officially begins in Hebron, Ohio, Harry Haig and the Aussie Chevelle boys have been wrenching away in Leavenworth, Kansas, a good 10 hours’ west. While they’re yet to hear even a peep out of the 540-cube twin-turbo Chevy big-block, their efforts haven’t been in vain. Today the boys put in a solid effort to cross off a large chunk off their Sharpie-and-cardboard to-do list. 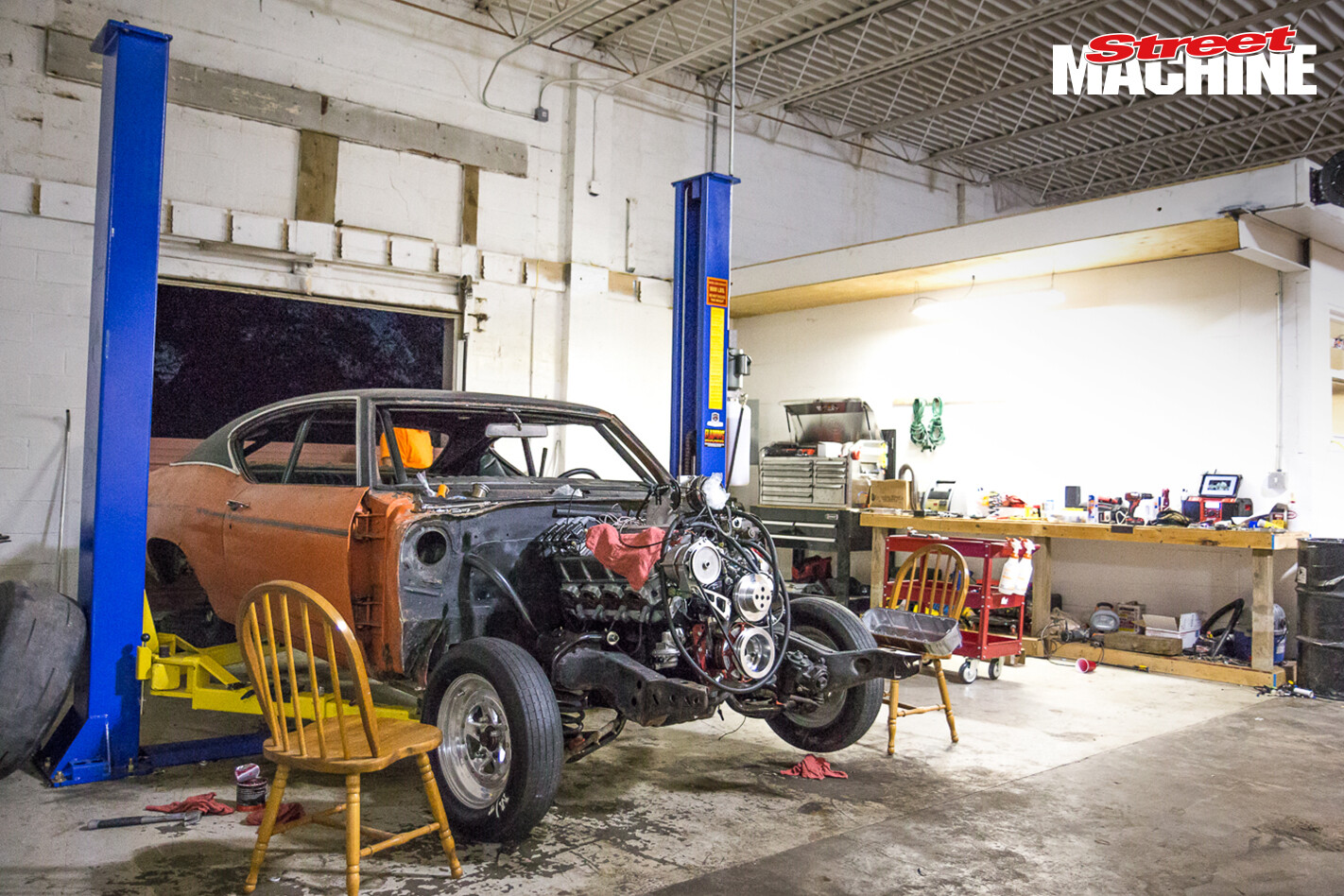 Last night’s bedtime of 5am didn’t faze the four-man crew, and as Tech Day rapidly approaches, early rises are par for the course. Today, five hours of parts-scavenging across town – including trips to four different auto shops – yielded massive returns. With a boot full of parts and a back seat full of beer, it was full speed ahead for the arvo session. 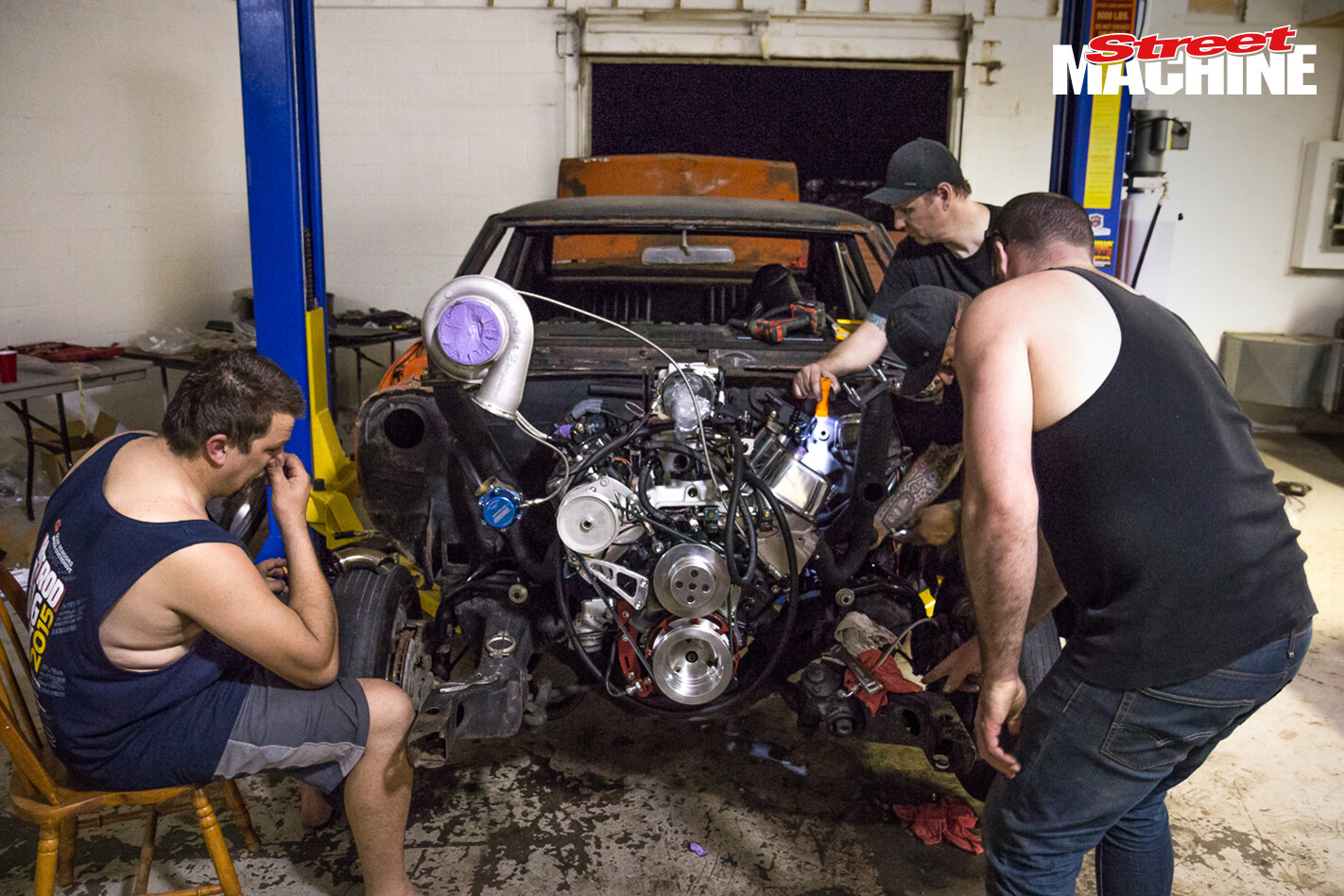 The main fuel tank and lines were buttoned up, along with the header tank and pump. Dan Roberts at Express Painting & Detail was only a stone’s throw away and kept open his shop doors for Terry Seng to get his mitts on a TIG welder and sort out the alloy brackets and mounting for the secondary tank. We’ll see Dan at Drag Week too, chasing 9.30s in his small-block N/A Chevy Malibu to back up last year’s first-in-class.

At the same time, Harry Haig and Ryan Jones were hitting it out of the park, plumbing up and bleeding new brake lines, installing the battery and cables in the boot and getting the new tailshaft and loop installed. 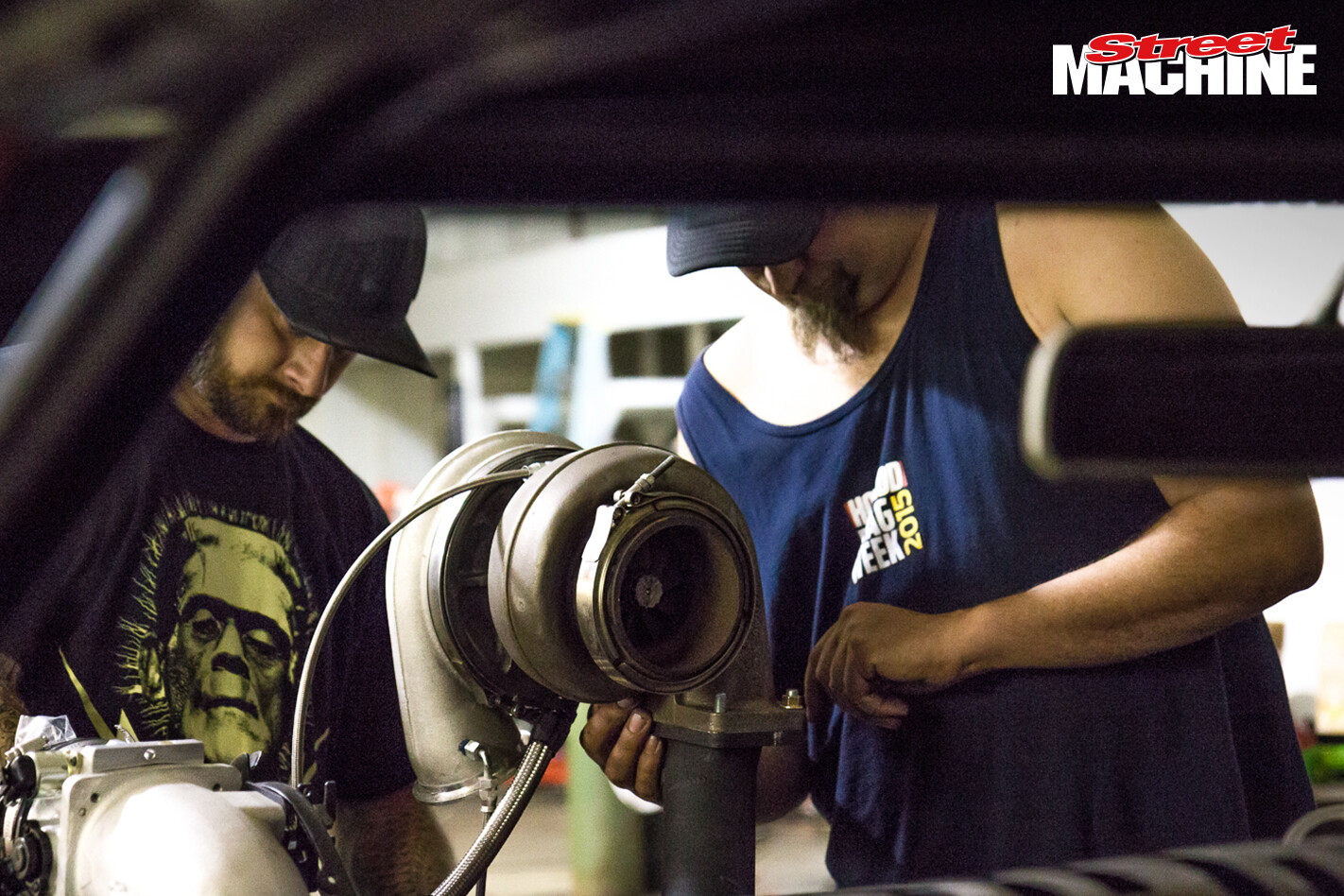 The custom-made tailshaft the Chevelle needed was quoted at a stonking $1000, but a tip from a local gearhead pointed the guys towards a shop in the defunct Ford factory downtown, which had been pumping out Blue Ovals since the 1920s. Inside was a young bloke capable of turning out high-quality tailshafts to suit the 1300hp+ Bowtie donk in the Chevelle at a fraction of the price – and delivered to their door. May as well get a spare!

Meanwhile Pyro Jennings managed to work some painterly magic and turned the bumpers into beaten-up pieces of patina art. With the bumpers mounted and the intercooler hit with a coat of black, the front of the Chevelle is starting to look seriously aggressive, and that’s before you even lay eyes on the 72mm snails poking sky-high out of the bonnet.

Scott from Butler’s Mufflers – only a mile down the road – soon became a legend in the workshop after going out of his way to set the boys up with all the piping they’d need for the exhaust. While that may only measure up to about a metre in total, finding the right four- and five-inch cones and bends had proved tricky in the small town of Leavenworth. The exhaust comes straight off the two turbos and blows directly out the sides of the engine bay. Hitting the two-step down the strip is going to be a smoky, flaming apocalypse, straight off the engine! 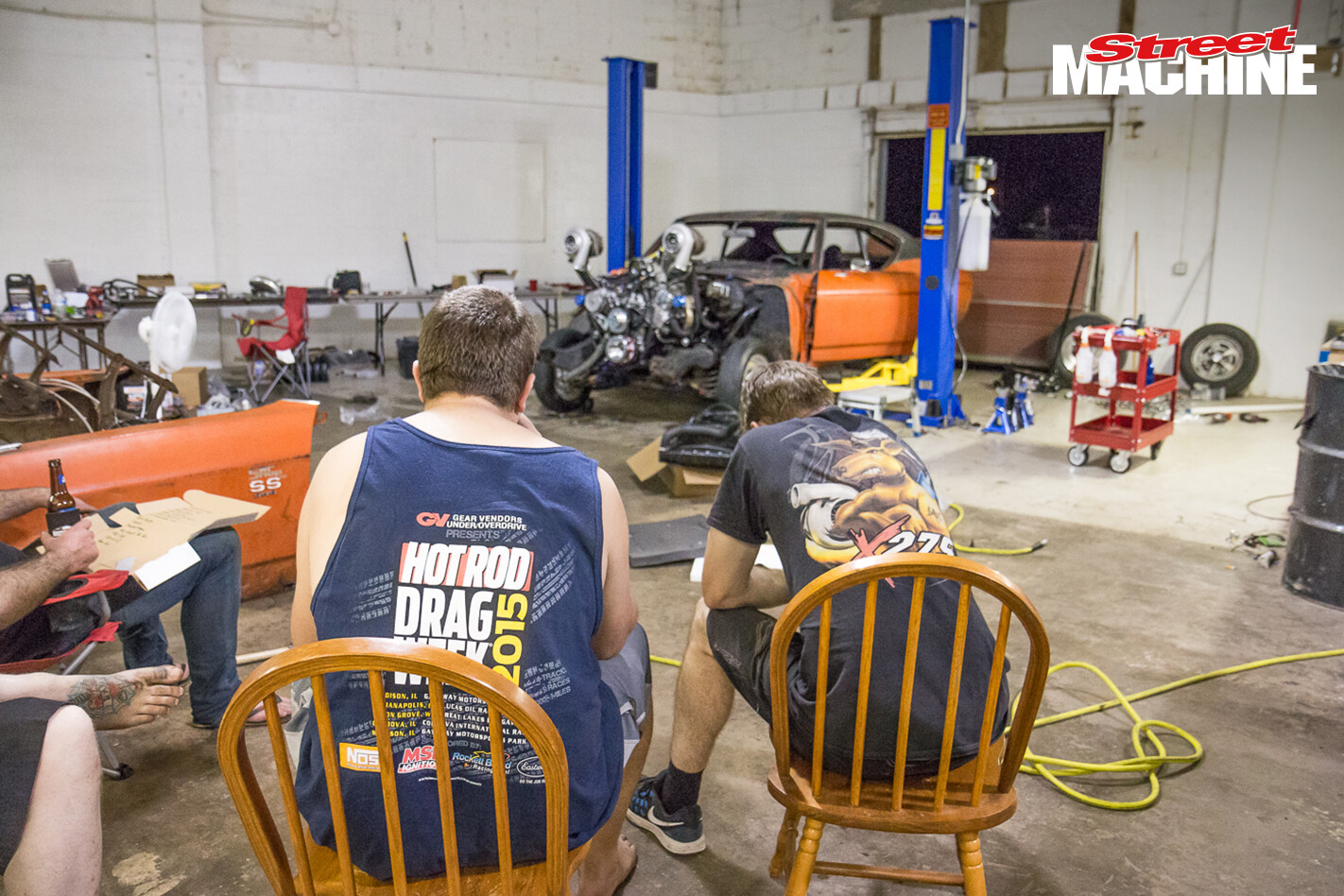 It’s no secret that the Chevelle is going to drop jaws all across the Midwest come Drag Week time, and the car is now about 24 hours away from firing up and shaking the bird droppings from the roof of the workshop. A steadily growing crew of local wrenchers flock to the shed after clock-off every night, beers in hand and eyes wide at what is unfolding in their otherwise sleepy town. Even the local constabulary are excited about it.

Get ready, folks. As Ryan explains, if all things go according to plan, “this time tomorrow night she’ll be ready to kick it in the guts!”