No sweeter a noise than the rumble of a 1300+hp, twin-turbo big-block has finally filled the shed in Leavenworth, Kansas for the Aussie Chevelle boys. As they reach the pointy end of their Drag Week preparation, all today's efforts were aimed at getting the 540-cube mill singing once more and ticking a massive box on their oil-stained checklist. Another day full of trips to parts shops, liquor stores, and local garages saw huge progress. The entire underside of the ’69 Chevelle was buttoned up, including all final brake, transmission and fuel lines. Fuel pumps were plumbed in and Terry flexed his alloy welding skills to start fabricating some intricate turbo pipe-work. Ryan Jones had been battling a head-cold for a few days and it finally beat him. A crew member down, the boys went into overdrive to get the engine ready to run and they were joined by an absolutely massive crew of locals that chipped in wherever they could to see the funny-sounding Aussies get those pistons pumping before the day was out. 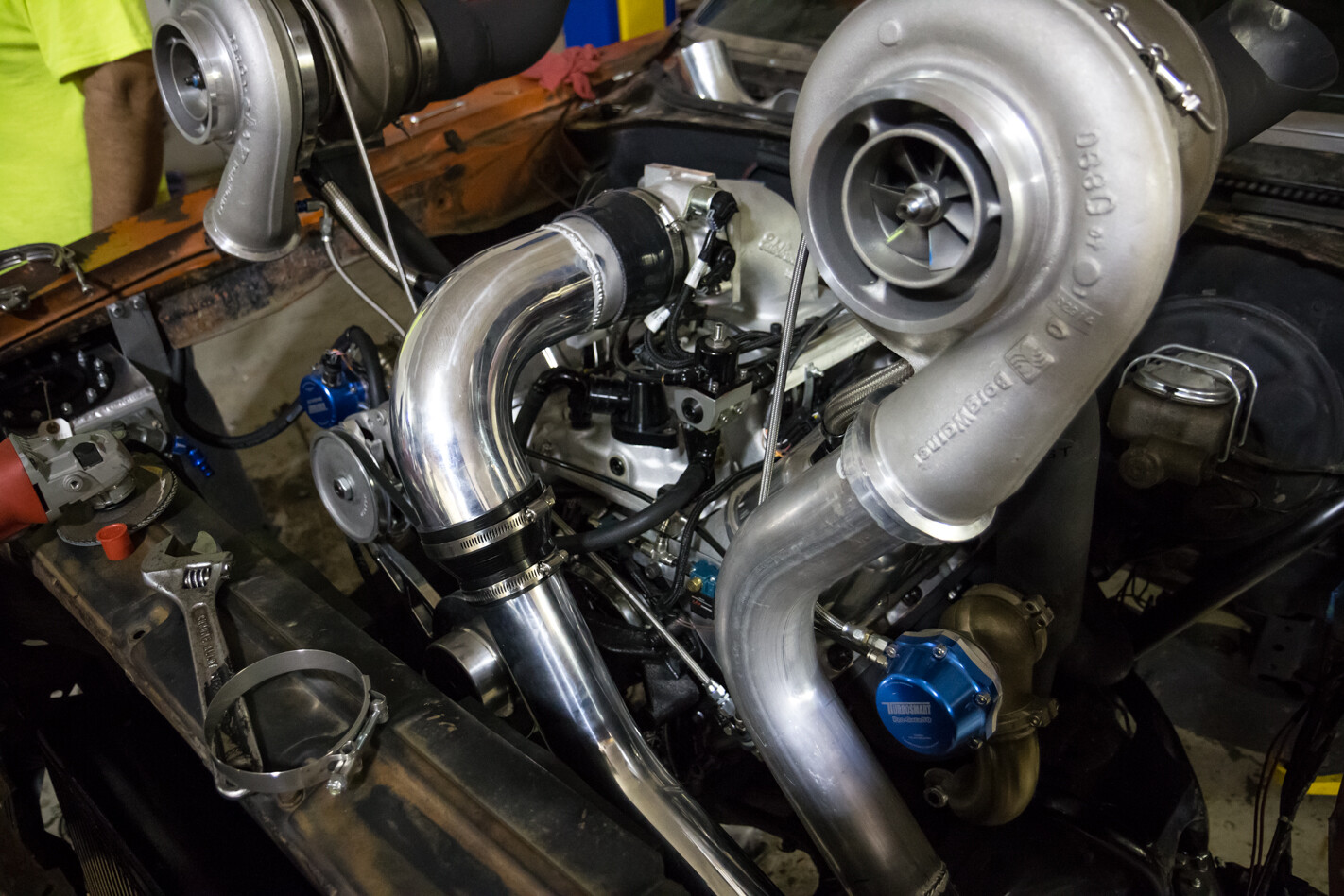 Mechanics, their buddies, and their buddies' buddies all came over to lend a hand. Parts were run to multiple shops for lathes or specialty tooling, and trucks came in and out of the parking lot to deliver parts, fuel, and Subway sandwiches. It seemed like any bloke in Leavenworth that could swing a spanner was involved, and the community rallied towards a common goal. Even a local police officer, who had cast a watchful eye over the shop a few nights ago, stopped by again and hounded the boys for not getting the engine running for him to see. A shade-tree mechanic himself, he was just as pumped to see it kick over as the Aussie boys! As the clock ticked just over 1am, the engine spun over and with a cough and a splutter it was finally alive. No intercooler plumbing, no ECU tuning, no worries! As long as it was making noise, the mission for the day was accomplished. The clink of beer tins and high fives went around and the crew of locals that had given up their own off-the-clock time finally retired to their wives and girlfriends, only to wake early for another day of work. 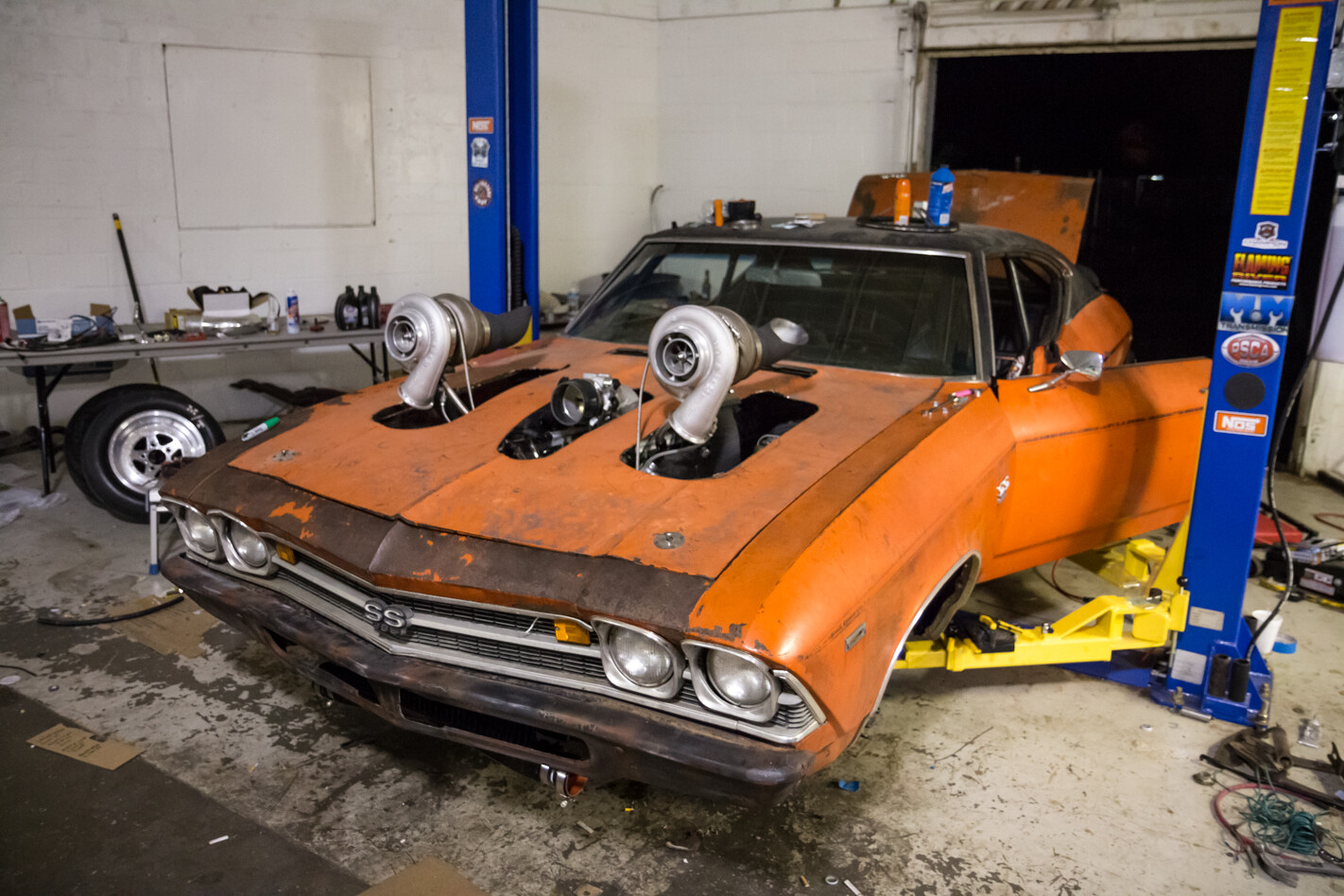 Harry, Terry and Pyro toiled on unblinkingly, eyes locked on getting the car completely ready for the Drag Week kickoff in Hebron, Ohio, now only two days away. With a large weight off their shoulders, attention now turns to dialling in the engine, buttoning up the safety equipment, and preparing themselves for the greatest street car challenge on earth: Hot Rod Drag Week.

You can check out the origin story of the Chevelle here and stay tuned for our next instalment, which will hopefully see the Chevelle run under its own power.