First getting into a race car at nine years old, Veronica McCann has gone on to forge a career sliding sideways on dirt

FIRST getting into a race car at nine years old, Veronica McCann has gone on to forge a career sliding sideways on dirt.

Veronica's natural driving talent saw her hold the sprintcar 10-lap race record at the Perth Motorplex for a staggering 13 years. ‘Red Hot Roni’ has just completed her second season in the Pro Dirt Late Model Series, and we managed a quick chat with her trackside. 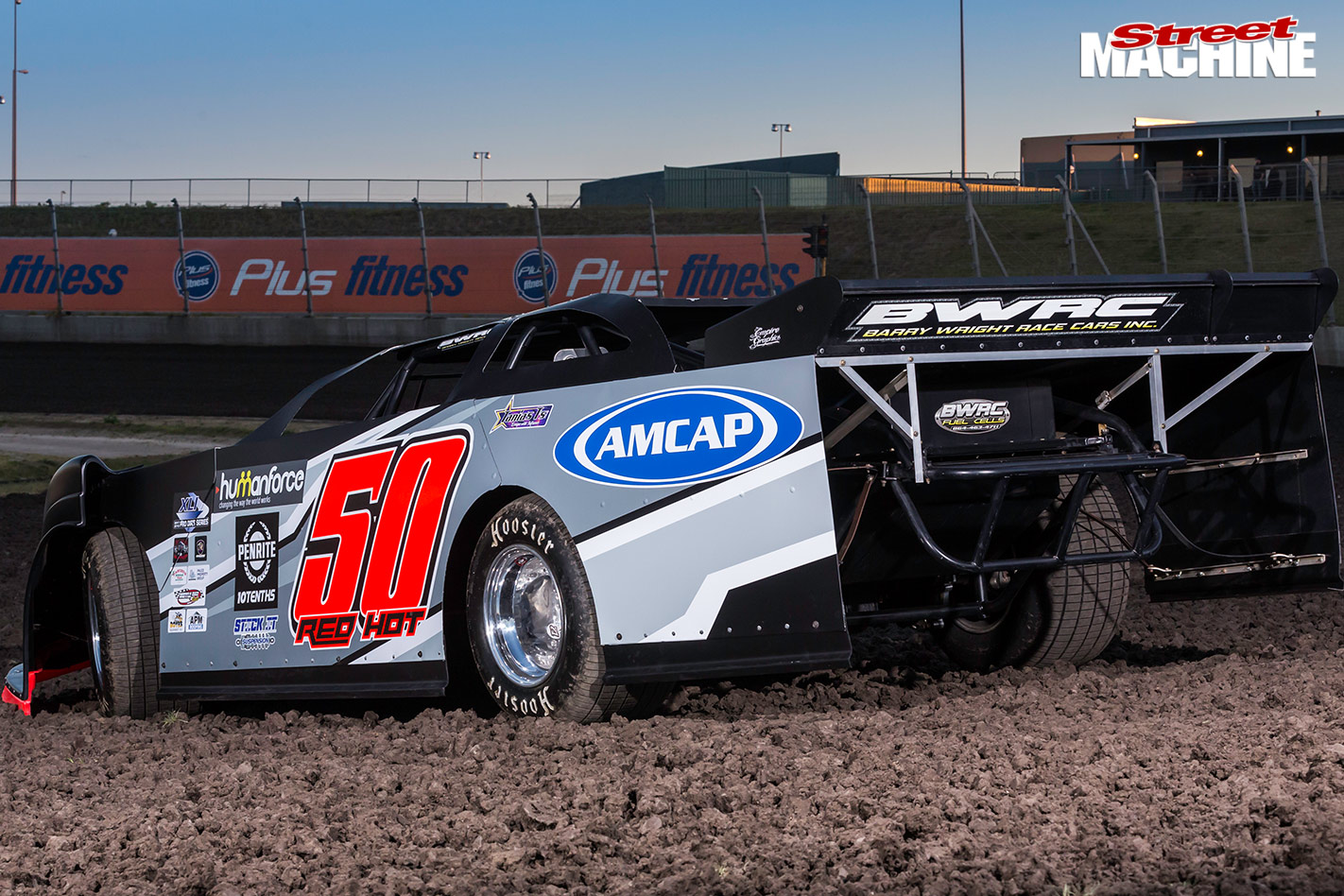 You’ve been racing for quite a while now. What classes have you competed in so far?

I started in Junior Sedans in NSW right through until I was 17. Then I moved straight into a 360-class sprintcar and then an Open-class 410-motor sprintcar the following year. I was in sprintcars for five seasons all up. 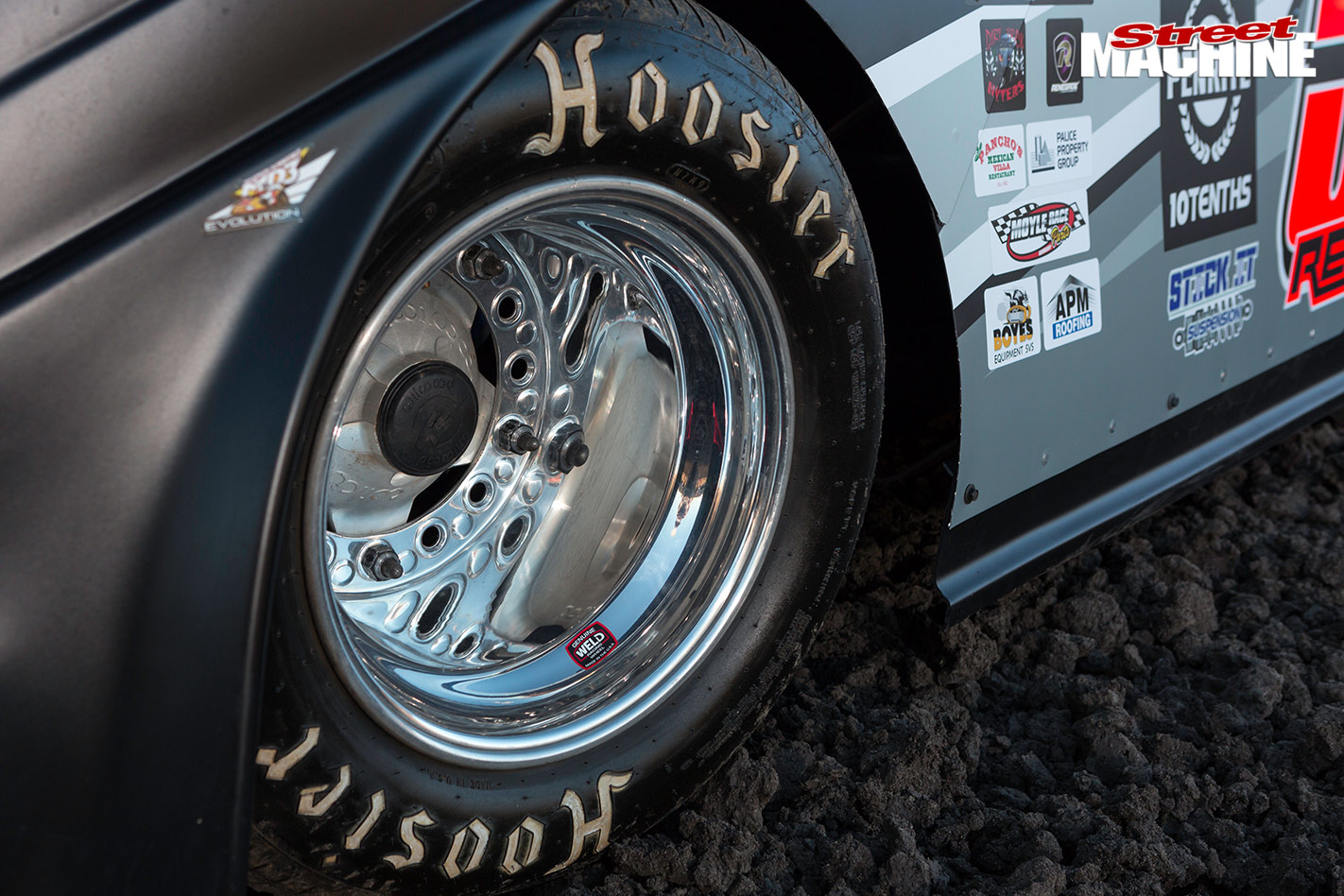 You didn’t keep strictly to dirt though, right?

I headed off to the US to race pavement while staying with oval racing, which I couldn’t do here in Australia. The focus was to stick with a similar power-to-weight class as sprintcars, so we found the Indy Lights best suited – plus they’re a feeder class to Indy cars. There was a lot of flying back and forth to make it happen, but now I’m back here I’m loving the competitiveness of the Pro Dirt Late Model class. 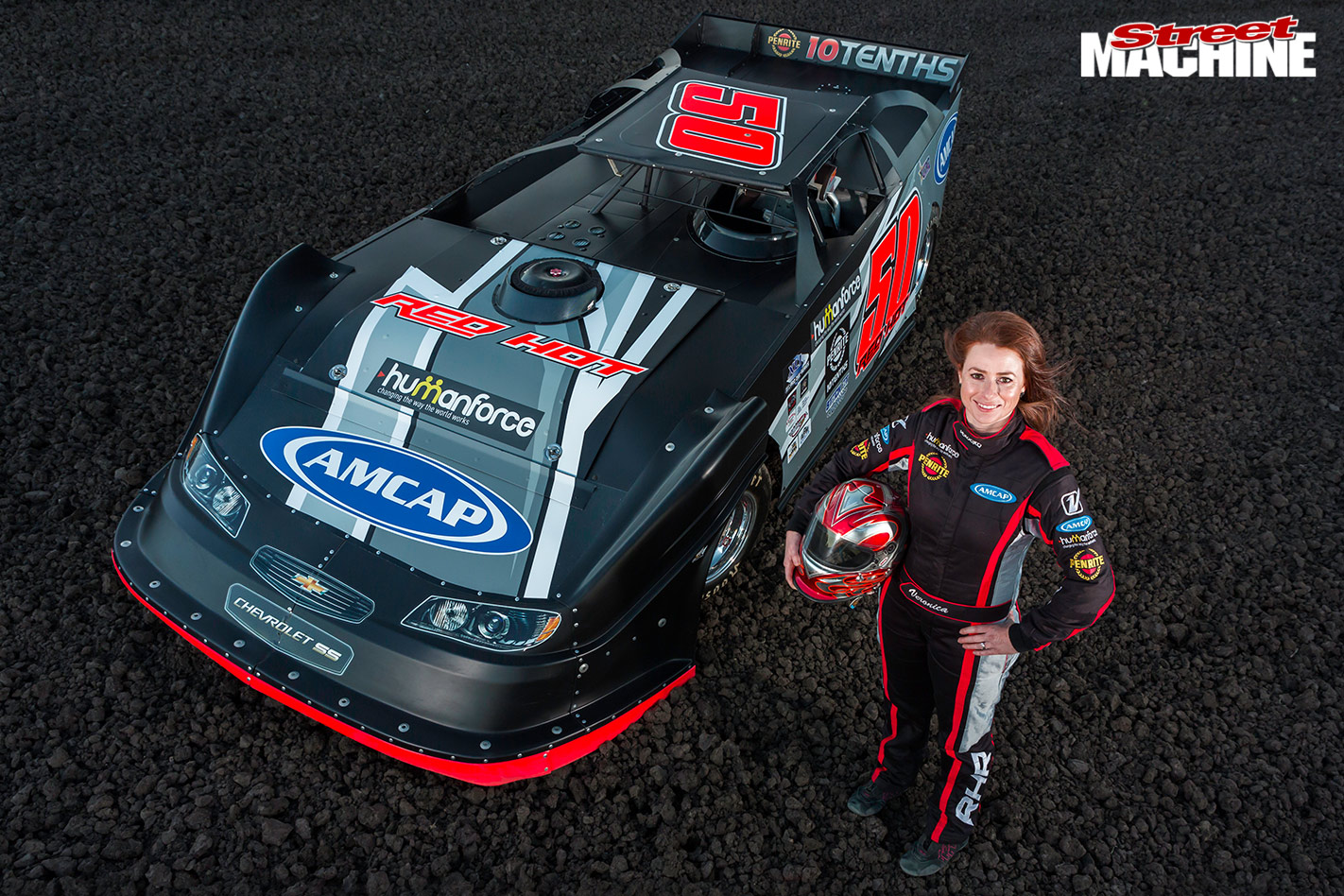 While still relatively new to the class, Veronica has been relishing the challenge of Late Model racing. “I’ve never been one that likes an easy win, so when I race I want it to be against good quality cars and drivers. WA is hands-down the best for Late Model racing in the country,” she says

How would you describe the class?

I’d sum it up as brutal and aggressive! They’re identical to what they run in the US, so you could take an Australian car and run it there and vice-versa. We previously ran a nine-degree-head 430ci motor, which produces around 800-850hp. Purely for budget reasons we’ve now gone down to the CT525 [6.2-litre crate LS3-based] motor specifically produced for circle-track racing. The previous motor ran on 114-octane, and while it was brilliant for engine wear, it cost $1500 a drum for maybe three race meetings. Now we can fill up on 98-octane at the service station on the way to the track! We’ve lost around 300hp, and to me the maths don’t make sense, but it somehow works. 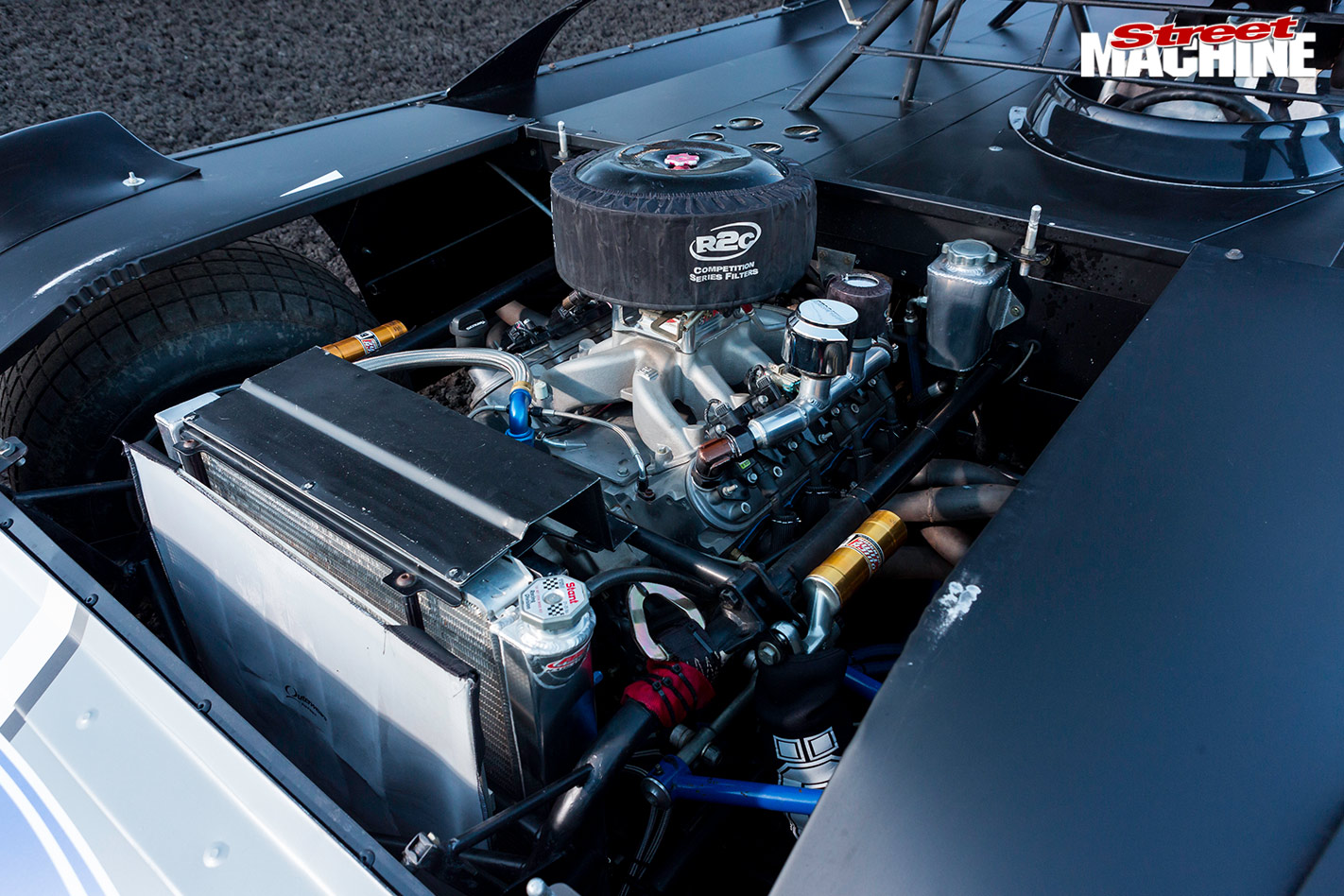 So you’re managing to stay competitive despite the change down in engine size?

So far this season we’ve had one meet and in the final we went from 16th to sixth, with all except one car in the race running the bigger motor, so we were pretty happy with that. Our previous big motor tended to spin up the tyres more, so I’d say the smaller engine is helping with that too. 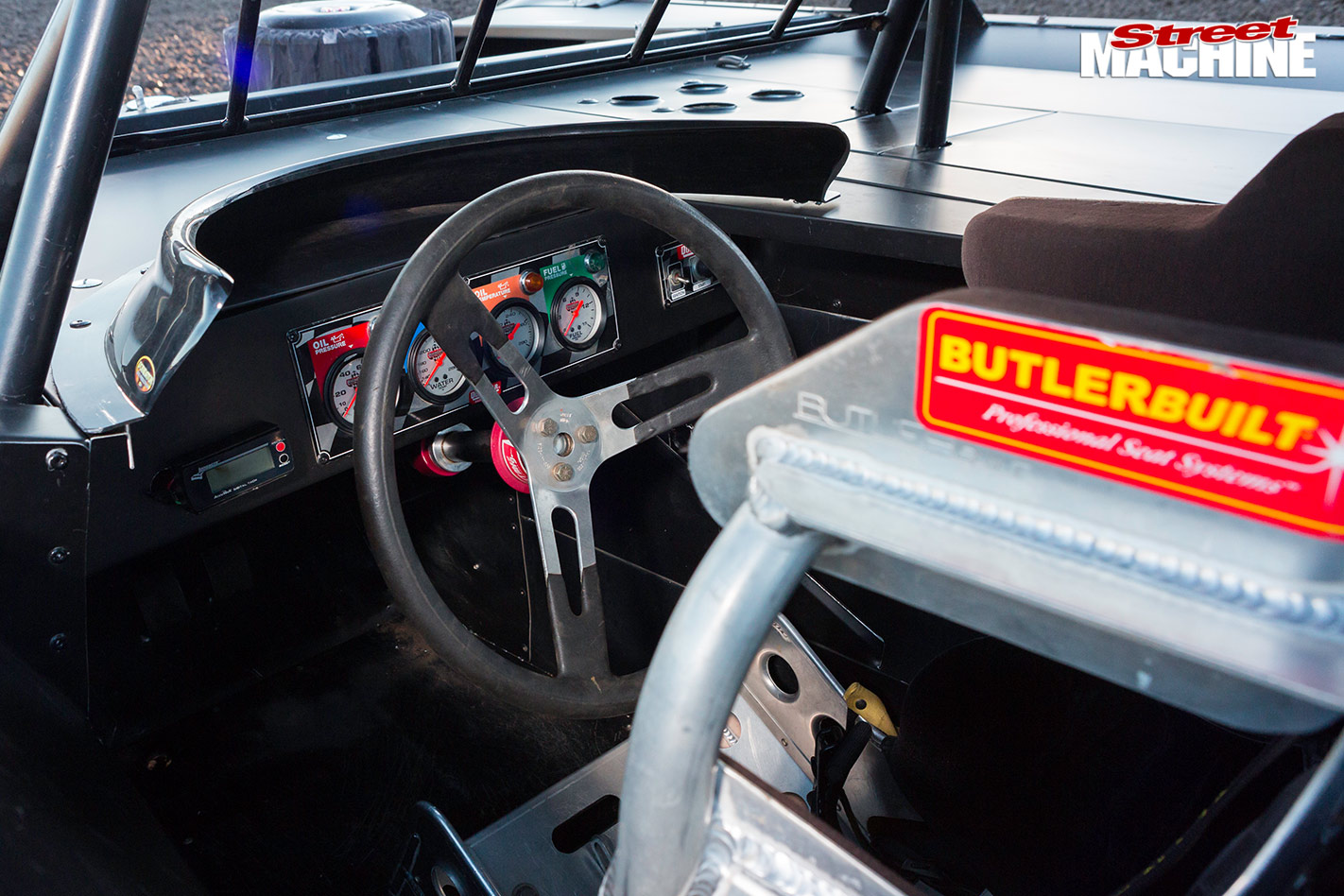 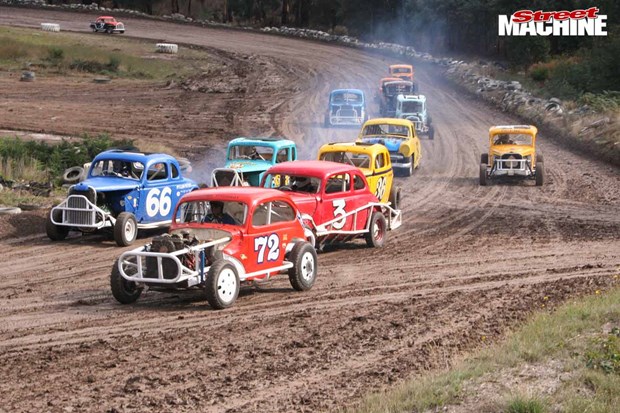 The valley opens up to reveal a time warp speedway track, its pits packed with old jalopy race cars 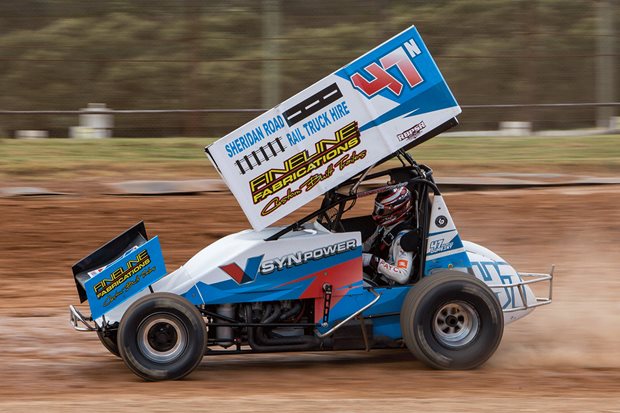 We tag along was Garth Tander tries his hand at driving a sprintcar - and go for a ride in the two-seater, LS-powered version 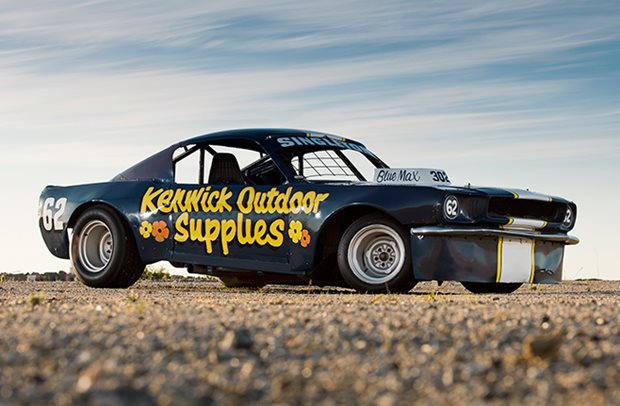 It may not be a 'street machine', but Brian McDonough's dirt-churning '65 Mustang is a classic piece of speedway history