IT COULD have been the next Monaro and the last Australian-made coupe, but much to the disappointment of fans of high-po Aussie two-doors, the Holden Coupe 60 never quite made it from the easel to the showroom.

Debuting at the 2008 Melbourne motor show, the VE-based sports car blasted out as a complete surprise to adoring onlookers and had been kept a complete secret even from many inside the company walls. 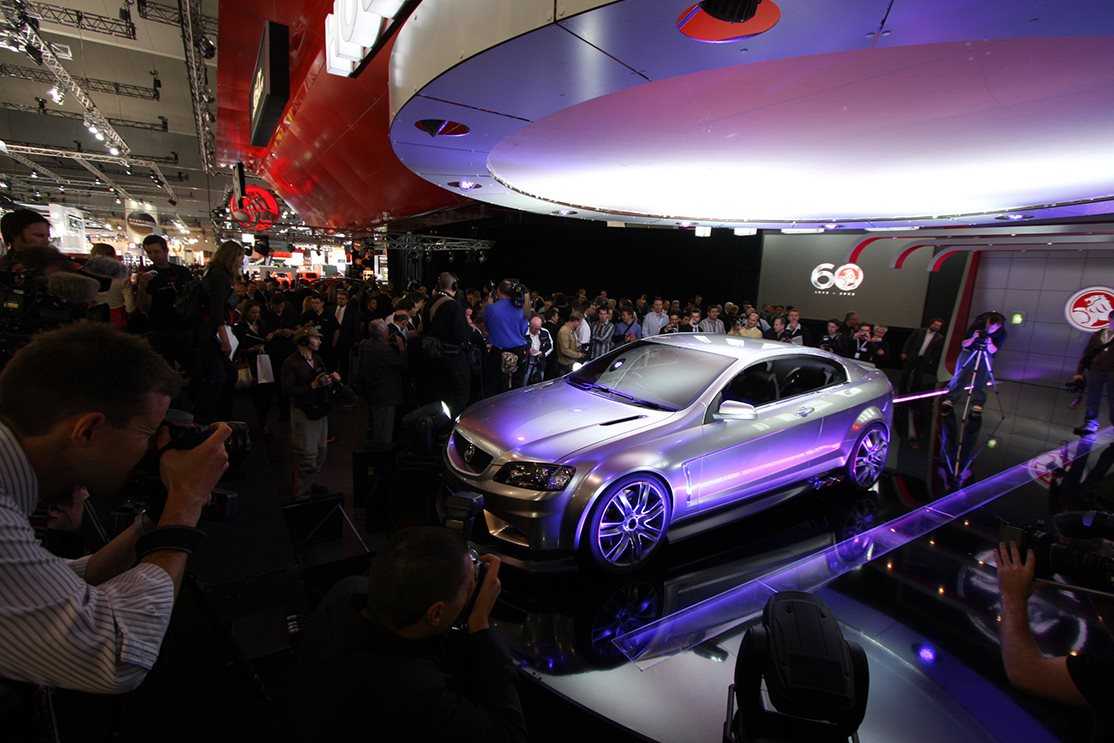 But while it may have stolen the show at Melbourne, the car had been many years in the making - and if the project hadn’t stalled three years before, a debut could have been chalked as early as 2005.

Inception of the Coupe happened immediately after the design of the VE sedan had been signed off, and was cruising along smoothly until 2005 when the project was shelved for undisclosed reasons. In fact, the concept could well have never gone public. 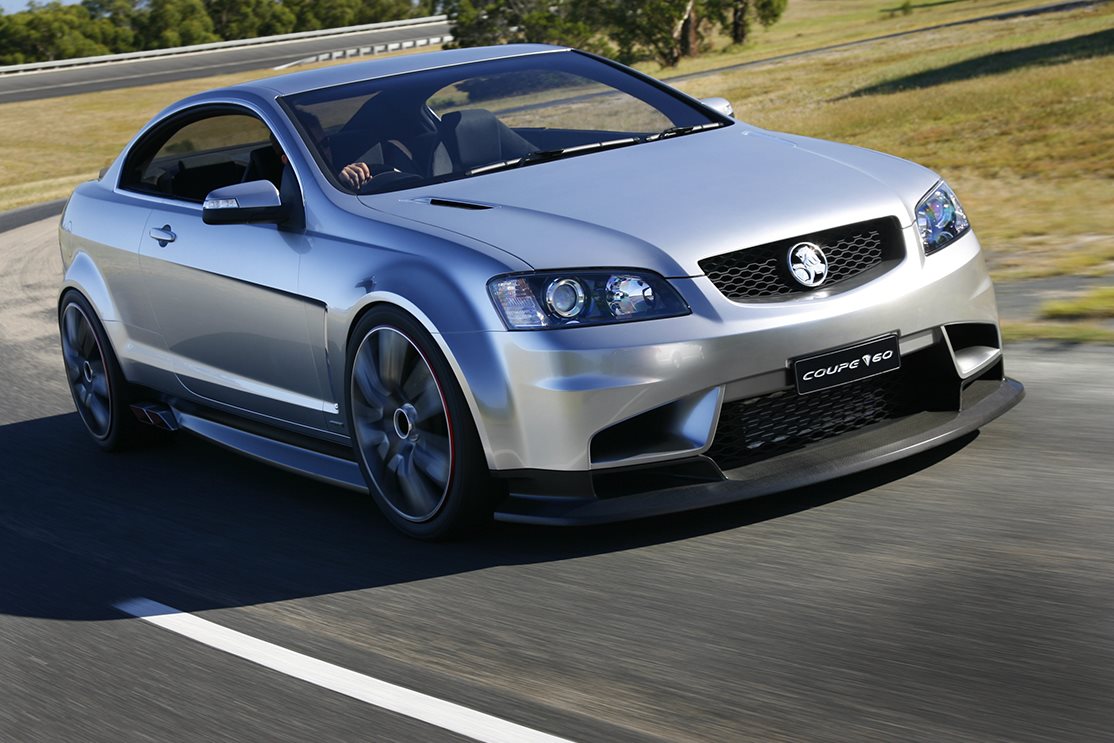 But it was the looming 60th anniversary of the lion badge that prompted the designers to lick their pencils and commit to finishing the Commo Coupe. The result was almost identical to the clay model that had been packed away three years earlier.

Obvious race car influences were present in the lower front blade splitter and rear diffuser, while the centre-lock wheels and bellowing side-exit exhaust draw two big black lines from the race track to the road. 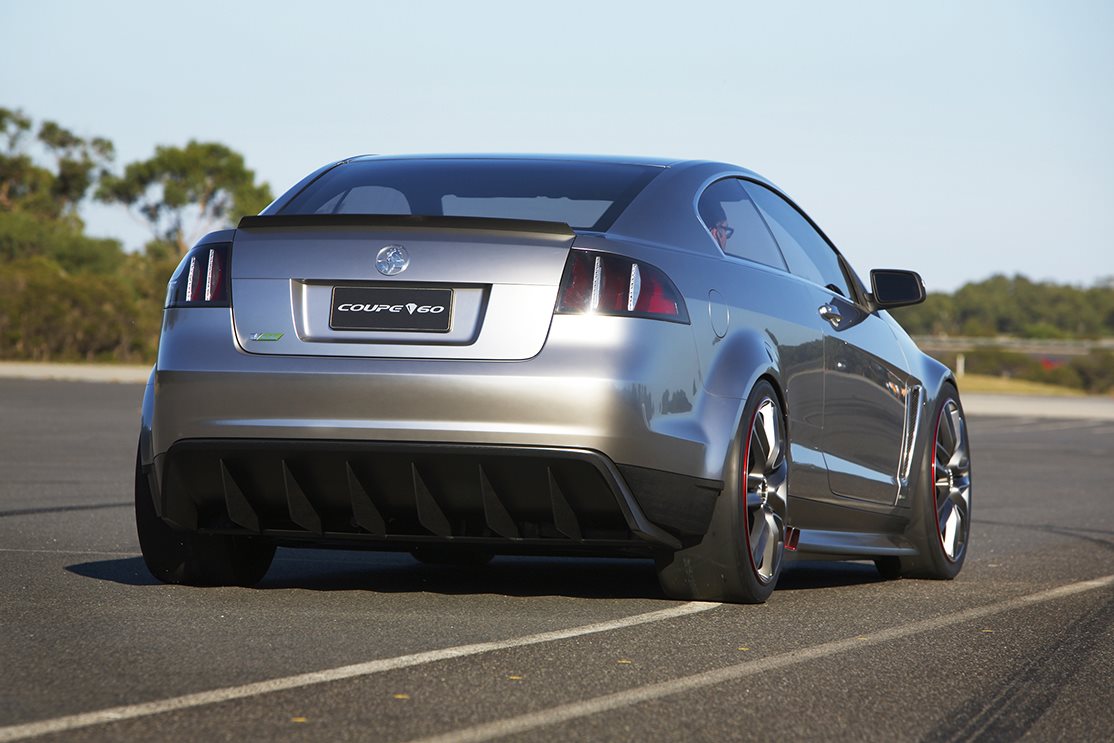 The side-exit soundtrack was provided by a 6.0-litre LS2 naturally-aspirated V8 and sent power to the back wheels via a six-speed manual gearbox, both of which were unchanged from the Commodore SS of the time.

It goes without saying that the most significant changes over the sedan were aesthetic . 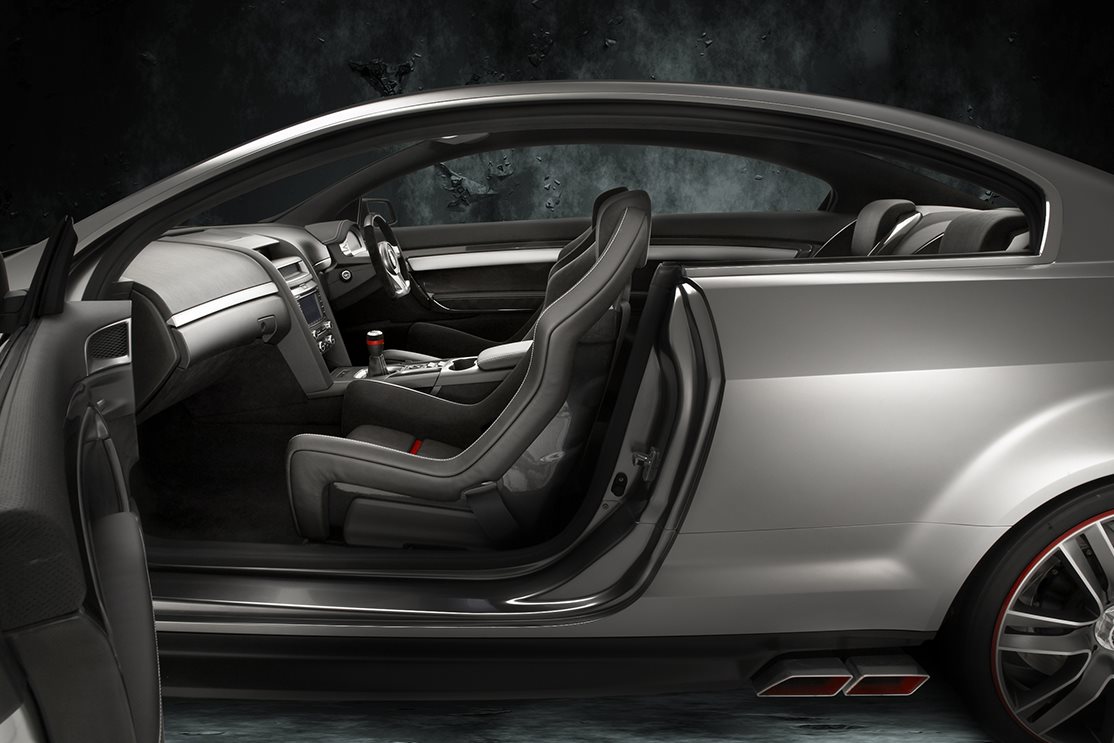 While the car wears a front end that looks suspiciously like a standard VE sedan fitted with a bodykit, the concept body was actually built from scratch from fibreglass and carbonfibre, with only a Zeta platform rolling chassis being the only link to production-spec Commodores.

From that, a build team in Japan turned the Australian design into the frameless-doored, fat-fendered, flat-floored pillarless masterpiece that wowed crowds at Melbourne, with the team also chopping the rear rails for more pleasing cab-rearward proportions.

Flat-bottomed steering wheels and fully digital instrument clusters are becoming commonplace in even mildly sporty models today, but the Coupe 60 heralded their adoption nearly a decade ago. It also featured 21-inch wheels shod in Kumho semi-slick tyres – a monstrous diameter by 2008 standards. 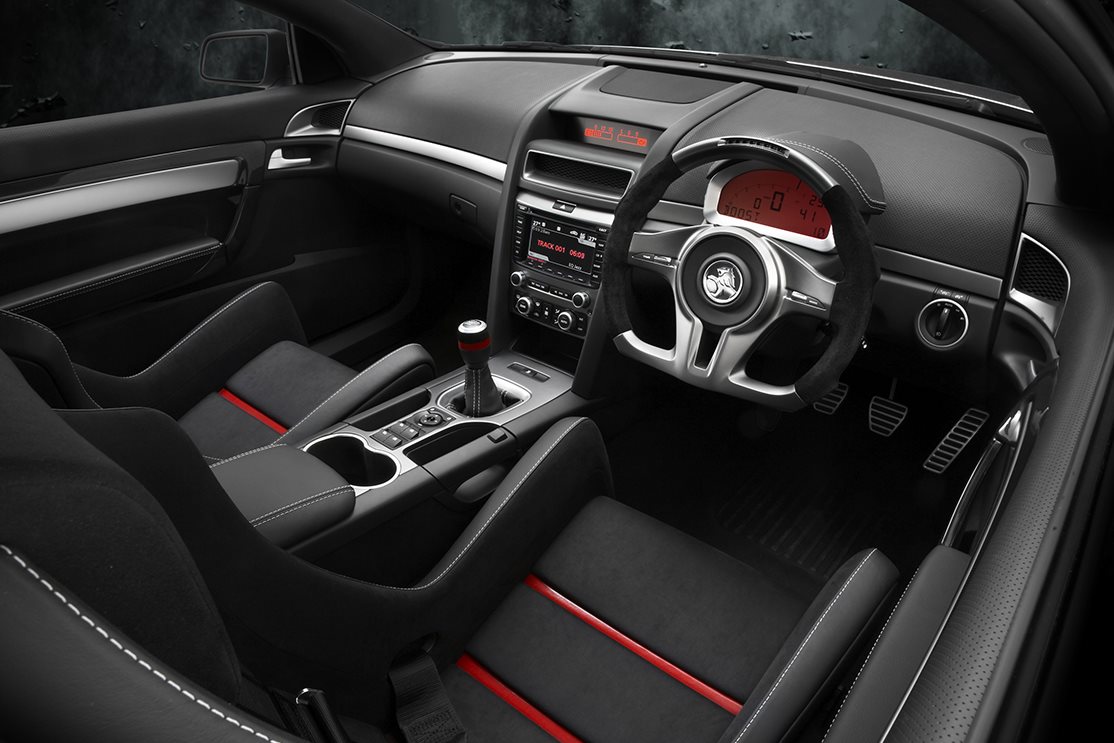 Unlike many coupes that discriminate against second-row passengers with cramped seats and neck-breaking headroom, the Coupe 60 embraced rear occupants in a pair of bucket seats equipped with four-point harnesses – just like the front row.

Alas, Holden ran the figures, crunched the numbers and decided that in the absence of feasible export potential for the car – which would have stood on the toes of General Motors’ favourite rear-drive coupe, the Chevrolet Camaro – the Coupe 60 didn’t make sense in showrooms. 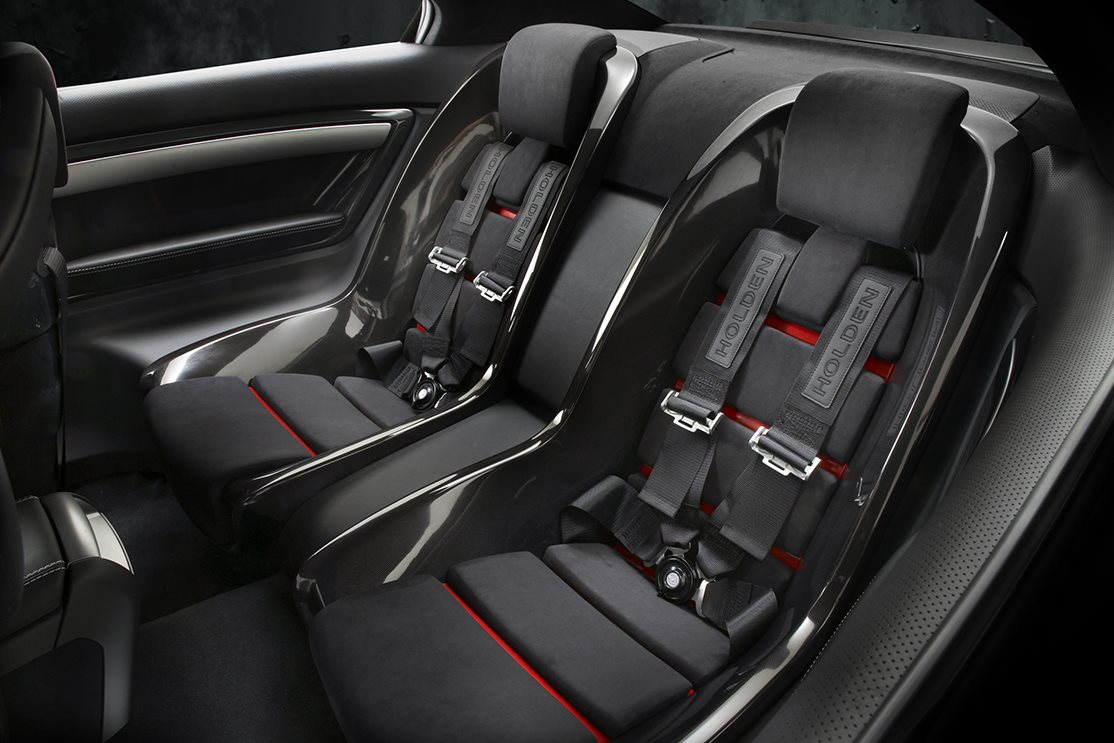 Of course, as a one-off and a critical part of Holden’s history, the Coupe 60 is priceless. However at the time of its debut the car had racked up a development bill of $2.5 million – about $3 million in today’s money.

It may just be our patriotic side typing from the heart and not the head, but we would have preferred the Coupe 60 to have had a few years in the limelight even if it was at the Camaro’s cost. 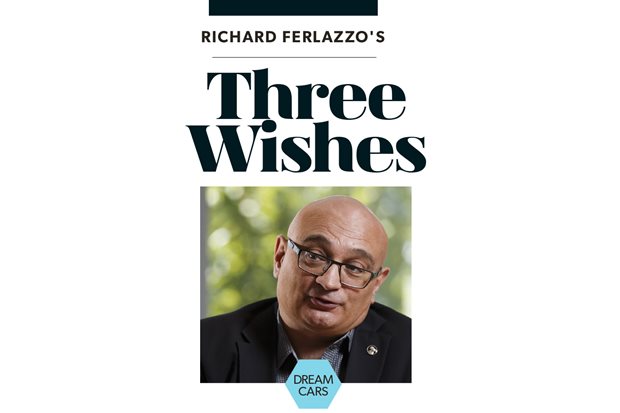 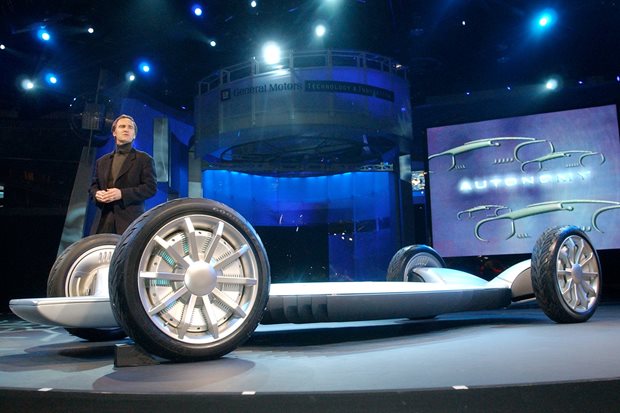 Larry Burns is Detroit royalty, born and bred into the car business. It makes him an unlikely evangelist to be preaching the end of driving as we know it