I WAS truly hoping to witness a cult classic in the making when I bunkered down with a big-arse Coke and pack of Twisties to watch Baby Driver. Sure, the title didn’t have the same tough edge of classic car-chase films like Bullitt or Cannonball, but I kept an open mind and found the first 15 minutes to be ripping in the right direction. The WRX chase was fresh and action-packed, and as far as cars go, the ‘Rex’ has a strong following that makes it worthy of this type of role and appropriate for the younger target audience. After all, the cars in the old-school chases we all love were fairly new when they became legends. 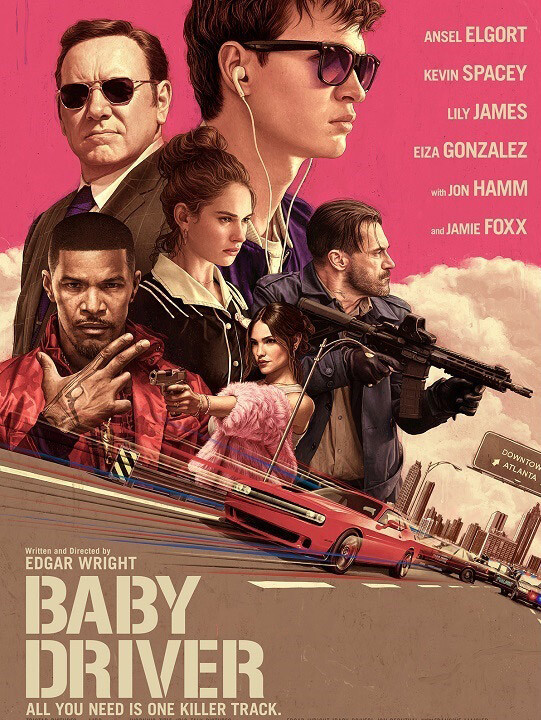 Unfortunately, the film’s wheels fall off once the characters stop riding in cars and begin to speak.

Baby (Elgort) is an earbud-toting Gen-Y, orphaned as a child after his parents were killed in a horror road crash, but not before he was taught the family business of car theft and hardcore driving – as you do at primary-school age.

The problem with Baby (apart from his name) is that he is a confusing mix of sullen emo and attention-seeking extrovert – you don’t know whether to expect an #fml Facebook post or find him strumming a guitar in an airport transit lounge – which makes his character very disjointed and a worthy target for a kick to the nuts.

After he boosts a car owned by local crime figure Doc (Spacey), Baby must repay a debt for mystery goods lost in the theft. Doc puts him to work as a getaway driver ferrying teams of bank robbers out of harm’s way until this debt is cleared.

His ‘last’ job gets a little loose when a ticking time-bomb crook called Bats (Foxx) starts wasting people, and it’s around this point – once the getaway Chevy pick-up pulls an epic broadside off the grass and onto the highway – that the film’s goodness comes to an abrupt halt.

Apparently now free of his obligations to Doc, Baby dreams of a future with cute waitress Debora (James), and takes to driving at a slower pace with the purchase of an old-school Lincoln Continental. But his happiness is short-lived when Doc recalls his services to drive a new crew comprising Bats and criminal lovers Buddy (Hamm) and the appropriately named Darling (Gonzalez).

What unfolds is pure viewing torture. The plot dissipates amidst cringeworthy character development, while random storyline inclusions and Baby’s ridiculous good fortune leave you pondering when you’re supposed to suspending disbelief. Lily James as Debora is the only shining light, but this initially strong and independent young female character loses all backbone as she childishly cashes in her hopes and dreams for the future. Spacey and Foxx are both favourites of mine and actors of unquestionable talent, but even these sure-things are well off their A-games.

Sadly, the last glimmer of hope for something cool happening is another letdown. Baby car-jacks a Dodge Hellcat from a pair of pretty-fly-for-white-guys, and I’m thinking: ‘This is the moment. This is when a modern-day car-chase legend is born, in the vein of the Bullitt Dodge Charger, or the Smokey & The Bandit Trans Am.’ Nope. First, Baby has a tanty in front of Debora because he can’t drive without music playing, and then the poor Hellcat may as well be a taxi that ferries them to their next destination; its inclusion is that lame.

I honestly tried to give this flick a fair go, but Baby Driver is yet another example of a modern-day car-chase movie that tries way too hard to nail the genre. The timeless classics rely on simple, raw, stripped-down chase sequences that don’t get bogged down in confusion, technical wizardry and an excessive musical score. The first two chase scenes are highlights, but are quickly negated by a farcical storyline. Give this one a wide berth.

Action:
Should be jam-packed with cool chase scenes, and does kick off with innovation and promise, but the action fizzles in unison with the barely there storyline

Plot:
A young getaway driver uses his skills behind the wheel to repay a debt to a local gangster, but struggles to make a clean break from the criminal world

COOL FLICK FACT: Actor Ansel Elgort bought one of the two Subaru WRXs used in the film, and admits to donning ‘Baby’ glasses and earbuds to turn heads in traffic.