THANKFULLY, it’s not often that I have to work a Saturday – I friggin’ paid my dues on that score as a younger bloke, with years of weekend and shift work. But when the boss offered me some overtime hours to knock over some paperwork, I figured, why not? The extra coin helps buy car stuff, and anyway, the place is like a ghost town on a Saturday so lunch breaks last twice as long.

To ease the pain of a weekend start, I thought I’d drive my Disturbia Valiant panel van in for a change. I play my car-obsessed cards pretty close to my chest at work; the two 20-somethings who work in the shed next door just think I’m a boring 40-something who drives my normal 70s-era daily because my life has plateaued. 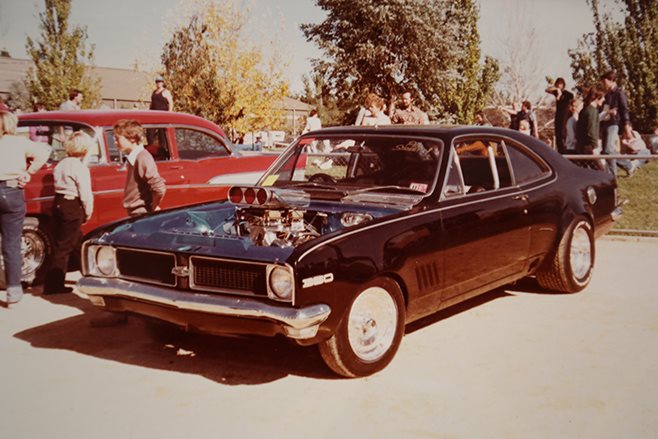 Wayne Pagel’s GAS69 is a touchstone for many veteran street machiners. Look out for a feature story on Wayne in the June mag

Their initial response to my van is to call it a wagon, which is fairly common, but they show some interest, so I take the time to answer their questions. Sure, their preference in cars might be a couple of decades newer in the cycle, as befits their age, but I always check out the latest round of mods they’ve done to their rides – a tough-as VE Commodore ute and an R33 Skyline – so it was nice to have that reciprocated. 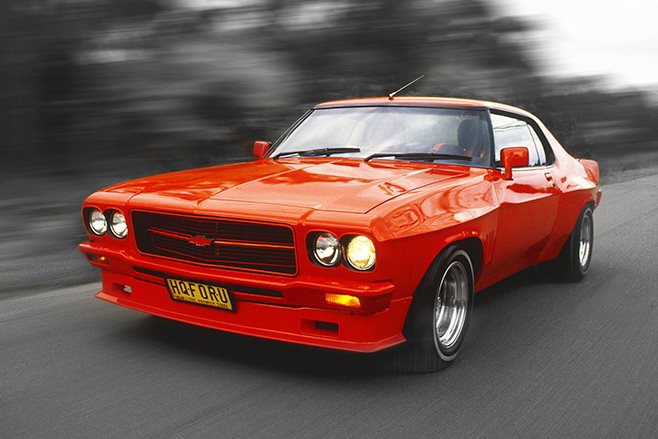 Their questions turn to what cars I loved back in the 80s, so I dutifully fire up Google to search pictures that will tell a thousand words – you know, to do my part in assisting the visual generation. Soon images of Greg Carlson’s Blown Silly WB ute, Rob Beauchamp’s LX Torana and Mick Curren’s Terminator HQ fill the screen, along with John Strachan’s V12 Jag-powered Alley Cat HJ panel van, SM’s own HQFORU, and last but definitely not least, my eternal favourite, Wayne Pagel’s black HT Monaro, GAS69.

The last two cars produce a scoff from both, followed by Master Commodore’s serious, albeit innocent comment: “So wankers put Chev badges on Holdens back then too?” 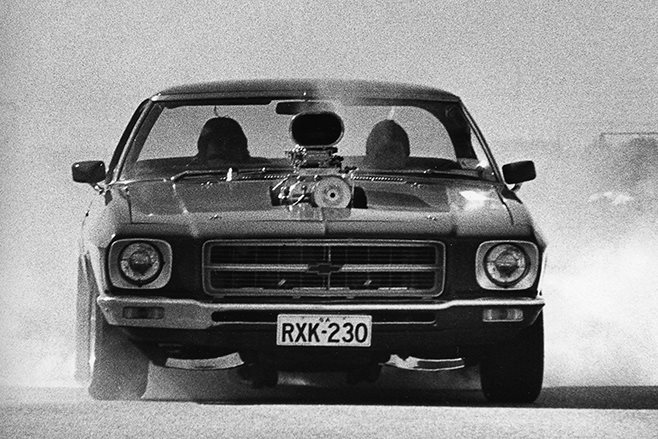 You could have heard a pin drop after he came out with that, but the silence is quickly broken by my deafening: “What?!” Step aside Bruce Banner and paint me green, because it’s my turn to be the goddamned Hulk. I might be smiling, but both young blokes know my tide has just turned.

“F*cking wash your mouth out with soap!” I fire back, rather hypocritically considering my expletive-heavy choice of words. “It is not even close to being the same as putting a Chev badge on a Commodore; bagging that out on a chrome-bumper Holden is not even in the same f*cking league!”

His hands go up in defence of his naivety, and I calm down just enough to explain that a Chev badge on an old-school Holden – especially the high-end cars I was showing them – was worn with pride and was to be respected, sometimes feared, but definitely not ridiculed like the one on your dero mate’s VT with no fuel-cap flap. 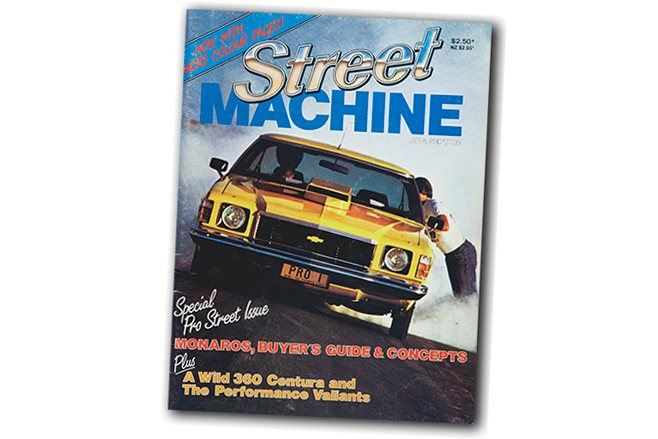 The late John Pudarich’s HJ Monaro starring on one of the best SM covers of all time, Aug/Sept ’82

Then I spot a similar thread on Instagram that same bloody afternoon! Some moron bagging out another HT Monaro at a recent car show because of its Chevy grille badge; it’s clear that some people need an urgent lesson in Old-School 101.

Has the passage of time and explosion of social media really dulled the understanding and acceptance of our street machining history? It’s not just young people either; I see older folks getting on the same bandwagon too, who have either conveniently or genuinely forgotten the roots of our sport. 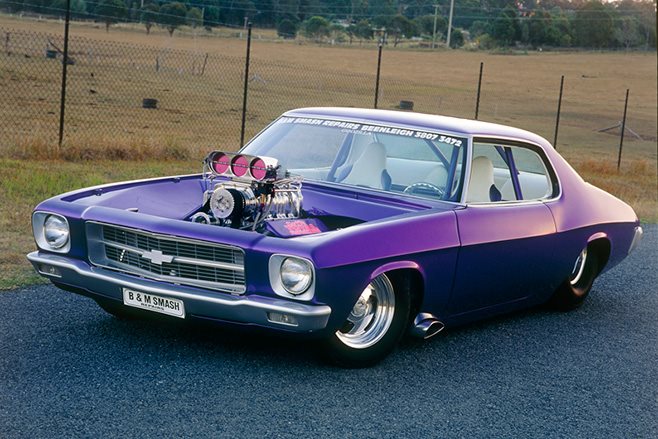 Even more in more modern times, Chev badges have been worn on Holdens at the highest levels, including Al Bundy’s 2000 SMOTY-winning HQ Monaro

In the 90s my mates and I had a massive respect for cars built in the 60s, 70s and 80s, and would often pore over years-old magazines to reminisce and learn about old street, drag and show cars, many of which had already become lost to time. Why? Because we had a genuine passion for the people and styles that had gone before us, along with a thirst for knowledge and desire to know what on earth we were talking about. We understood that we hadn’t started the fire; it was just our turn to keep it alight. And we sure as hell didn’t open our mouths before we knew the facts; there were plenty of other ways to look like an idiot.

Knowledge is the key here: There are too many outlets available nowadays to belittle something or someone before you get your facts straight, and as for using the old ‘everyone is entitled to an opinion’, well sure, but that doesn’t justify being rude or having no friggin’ clue. 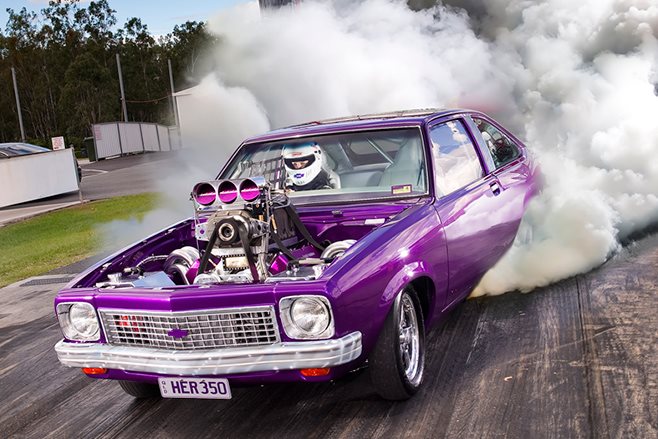 Not to mention Angela Dow’s LX Torana, winner of Street Machine of the Year in 2009

For the record, I don’t personally have an issue with a Chev-badged Commodore (though I do enjoy the ‘Hitler reacts to Chev badges on Commodores’ clip that you’ll find on YouTube). I’m all for people building cars the way they want, and it’s a sad state of affairs if people won’t fit one for fear of upsetting the masses. But I thought – and maybe I’m the naive one here – that the difference between new and old thinking would be obvious. The importance of a Chev badge on an old-school car is key knowledge that needs to be taught to subsequent generations.

If you don’t know why it’s important, do yourself a favour and hunt down a few old copies of Street Machine from the 80s and 90s – 1986 is my favourite year – they’ll teach you everything you need to know about how we got to where we are now, and lessen the chance of you looking like a fool by going off half-cocked. 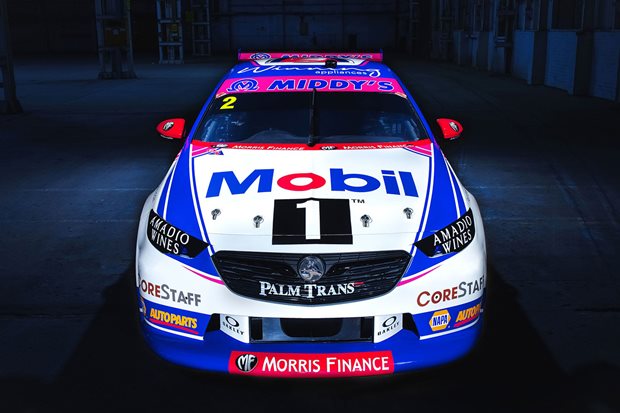 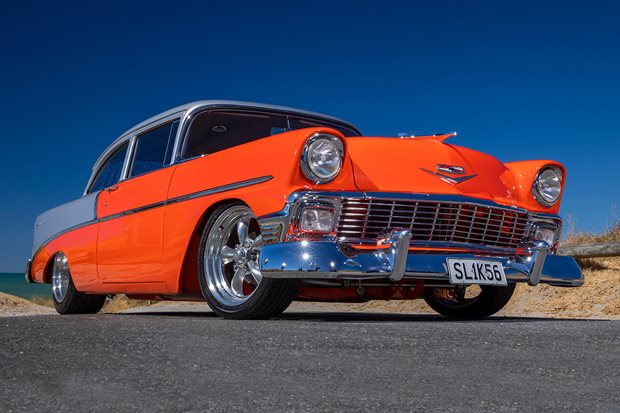