WHEN Kiwi Sports Sedan legend Barry Algie wanted to build a race car out of a toasted HT Monaro nearly 40 years ago, it was always going to be an insane machine. His brothers, Ian and David, are well-known for their own Sports Sedans, so Barry’s HT was destined to be an extreme piece of kit. 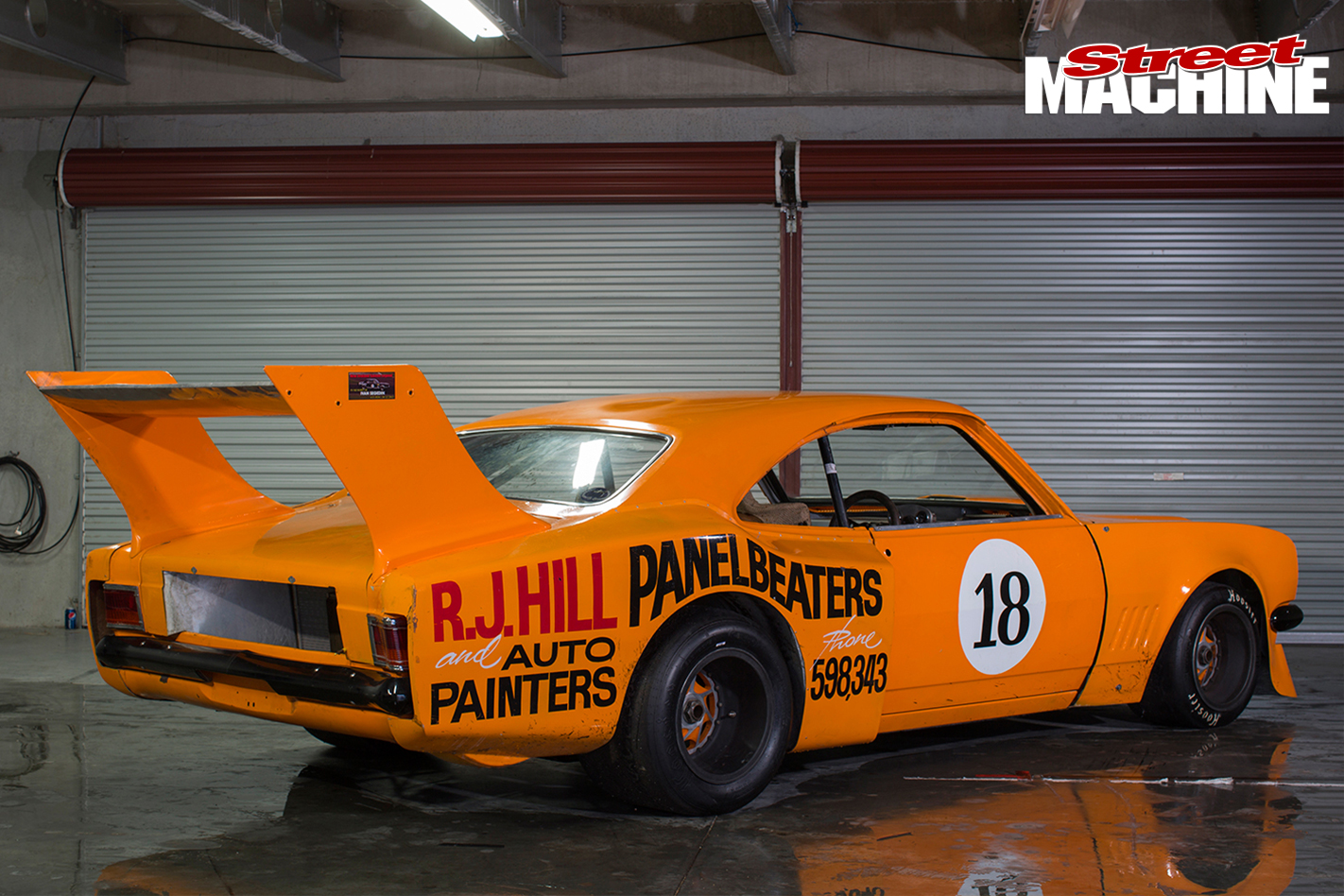 Having grown out of Improved Production class racing after the infamous 1972 “supercar scare”, the appeal of Sports Sedans was simple. Limited regulations meant speed and horsepower were huge, making them blindingly fast and spectacular to watch.

But it was a long road for Barry to build the monster you see here, as he explains. “It started in 1975 when I bought it as a burnt car,” he says. “It was always intended to be a race car. It had been in a fire, but I sandblasted it and repaired it as I was a panel beater at the time. The roof was like a fishbowl in the top!” 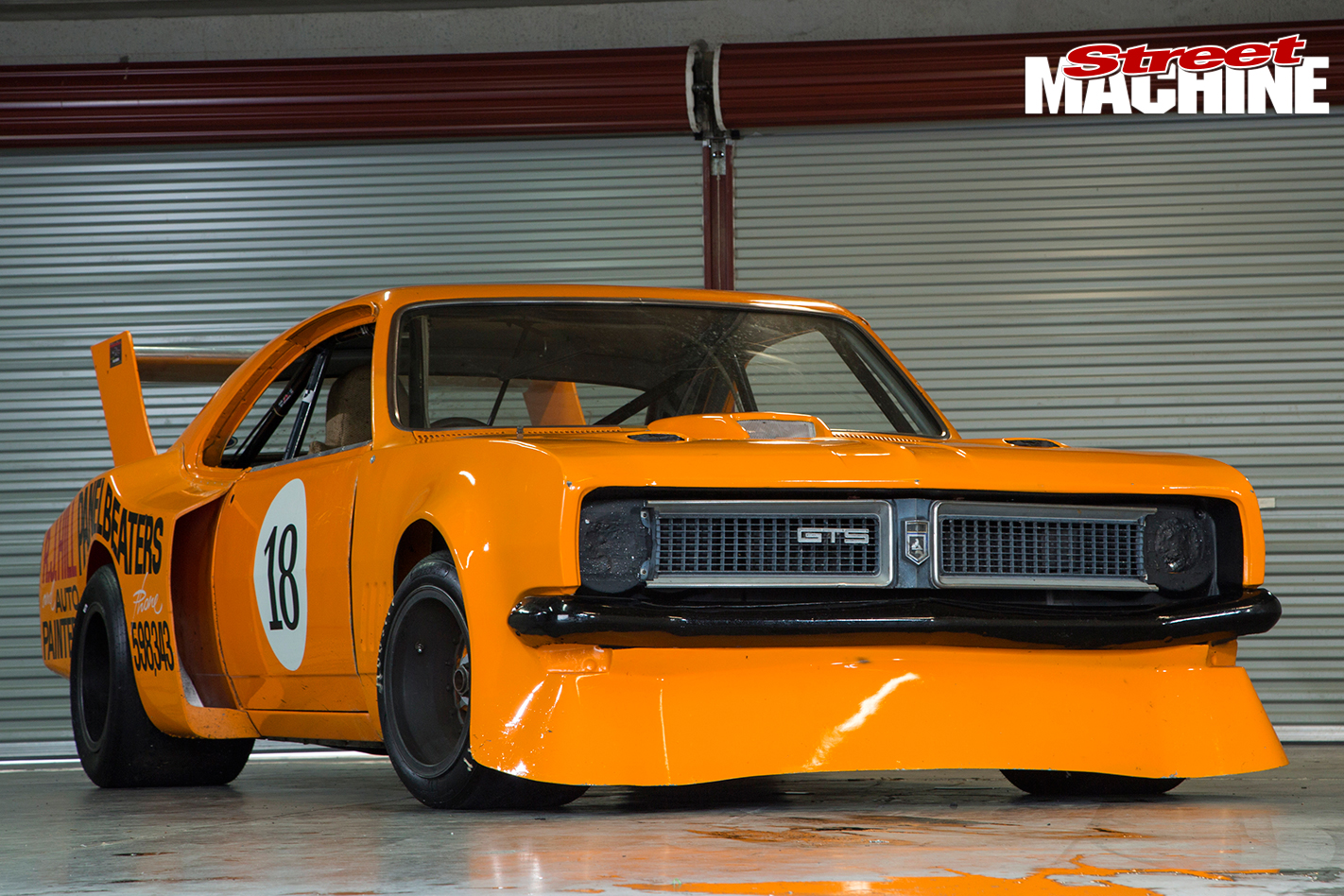 Barry's car hasn't been restored, though it has needed careful maintenance to keep it running for appearances at events around NZ

However, his awesome skills didn’t stop Barry experiencing the same issues many face when trying to screw a car together. “It took me nearly 10 years to build it, and I’ve had it going for 30 years now. There were a few late nights, and the money was an issue, too. If I didn’t have the money I’d just stop until I got it.” 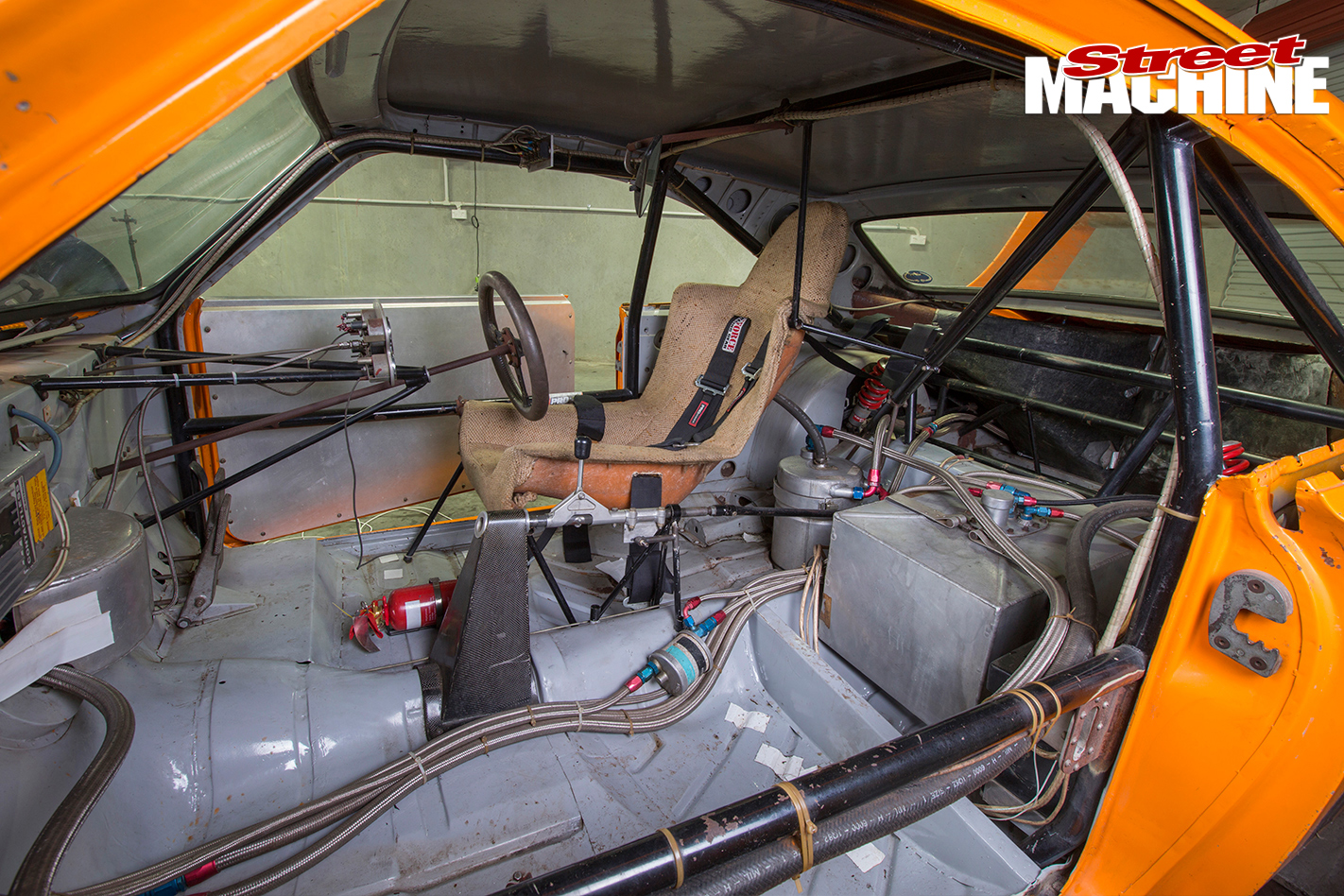 Barry says the seat had to be there because, initially, the rules stated the firewall could only be moved back one foot at the furthest point, which is what it is

While there isn’t a cheap way to go racing in a national series, Sports Sedans are even more expensive than other tin-top classes, given the huge amount of freedom when it comes to setting the car up. This saw Barry go looking for raw materials in the strangest of places.

“Air New Zealand was throwing out floorboards from a Douglas DC-10 jetliner, so I salvaged them and made the [rear widebody guards] from them,” he says. 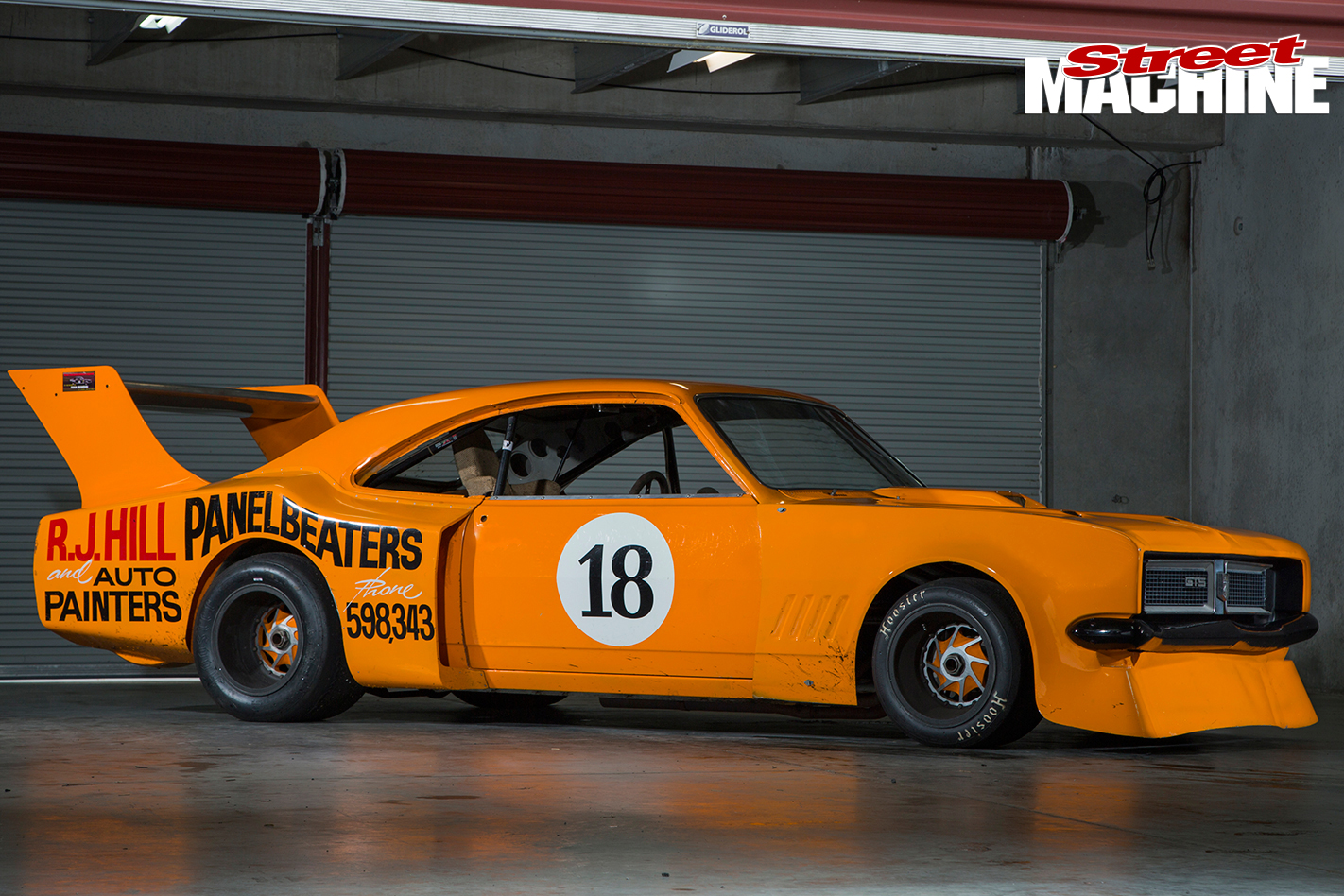 “The radiators are in the back because of weight distribution and aero reasons,” Barry says. “You don’t want them in the front because you have to do something with that airflow, and the car will go skyward with the radiator in the front. 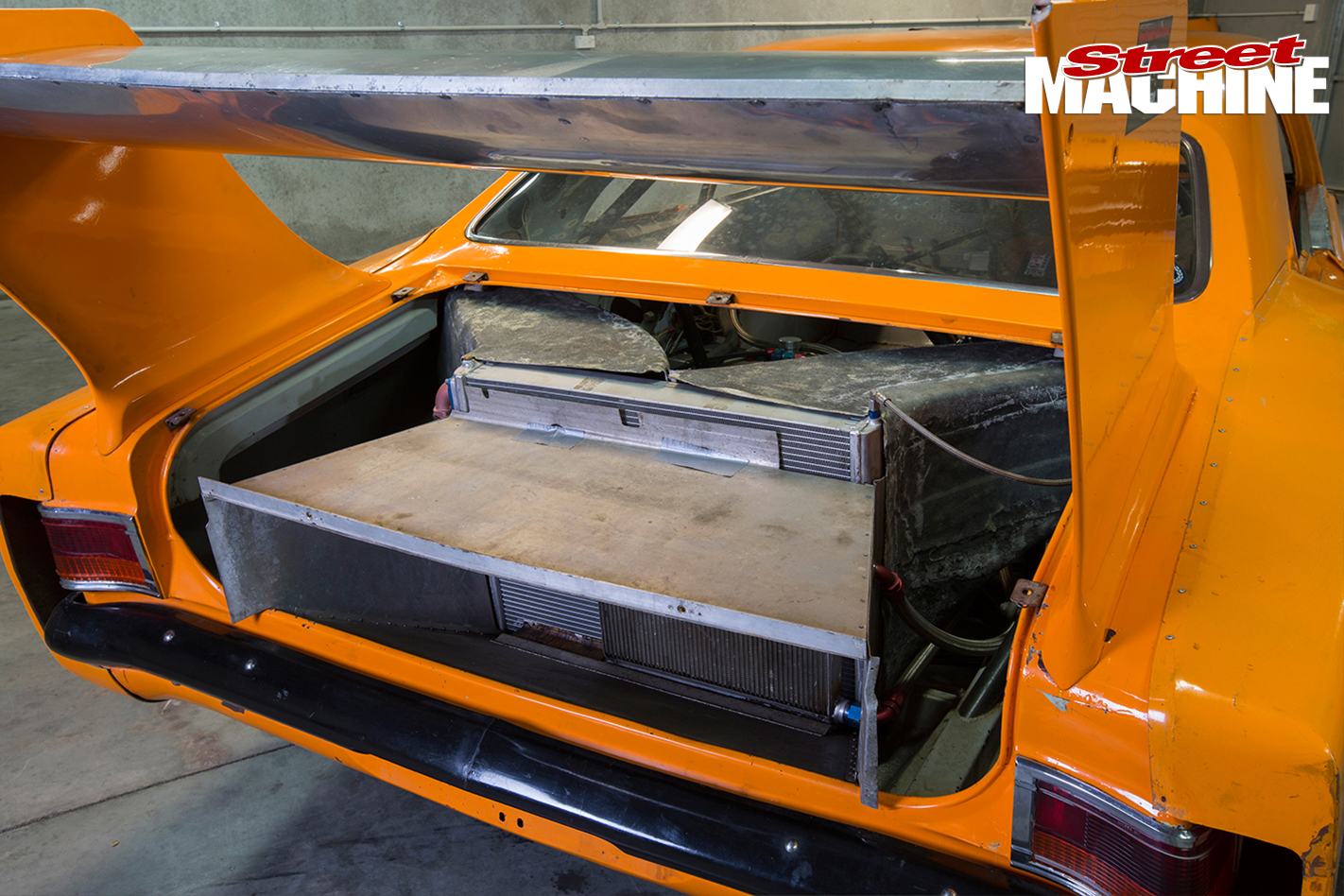 Barry is responsible for making the carbonfibre ducting to that huge aluminium radiator, which he also fabbed up

“I made the flares to get airflow through to the rear-mounted radiators; they’re pure function. It had other flares originally as I was trying to pull air through the cabin, but they weren’t very successful.” 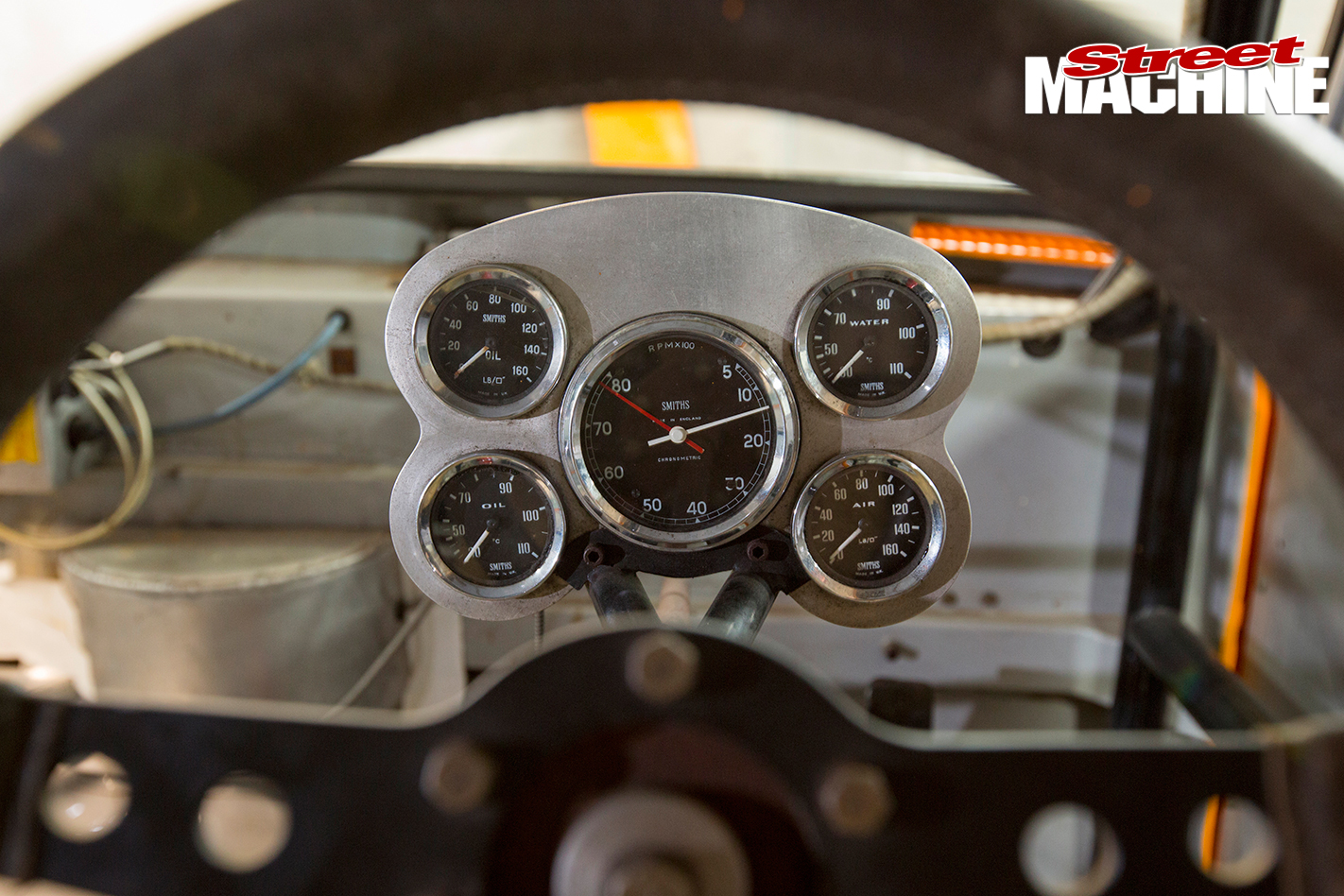 The other big attraction down the back is that towering rear spoiler, another Algie home-engineered improvement. “The wing evolved from my brother Ian’s Chev-powered Alfetta Sports Sedan,” Barry says. “He didn’t think his car needed a wing and he spun it at 120mph down the back straight at Pukekohe. I got a Formula Pacific wing and scaled it up for our cars.” 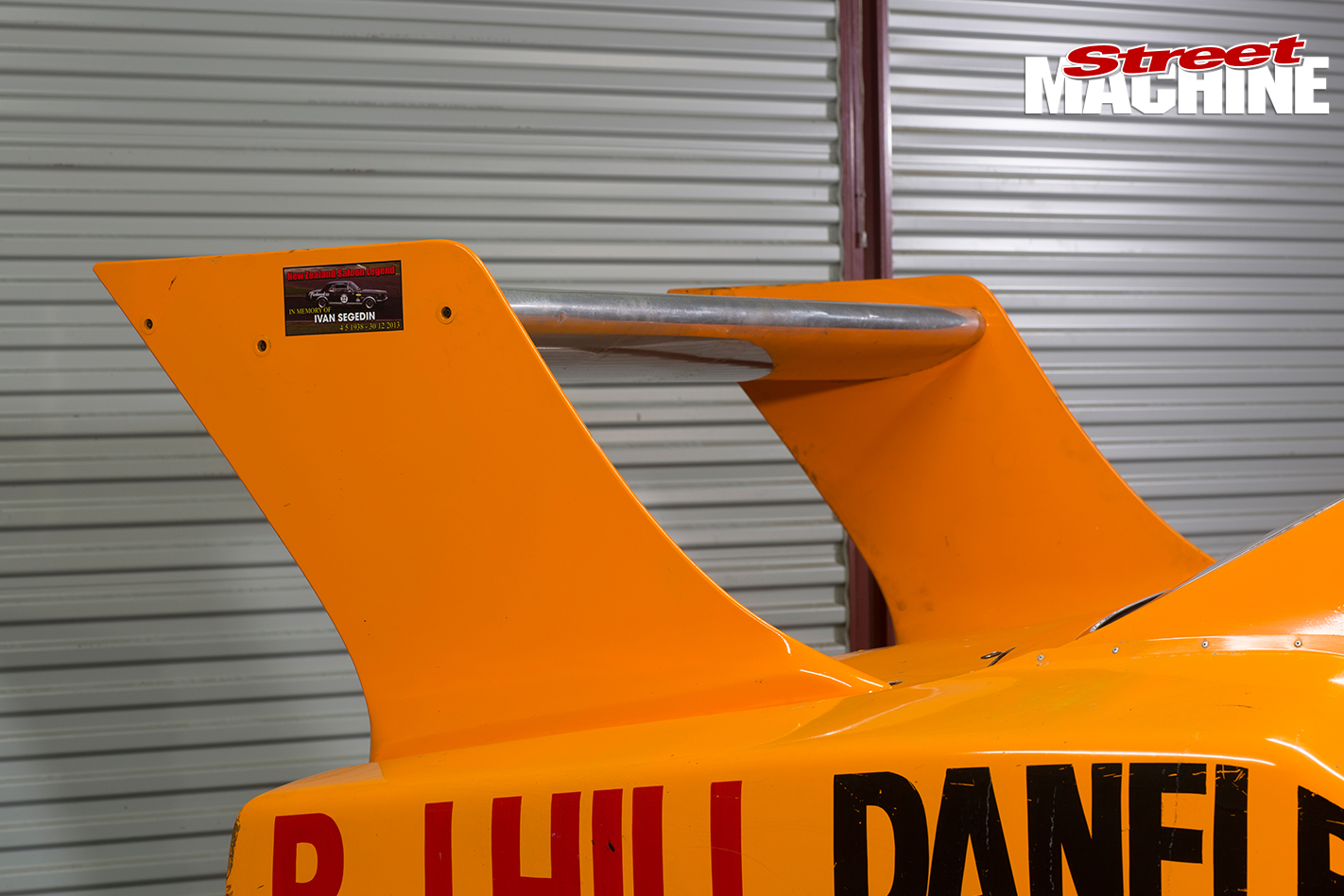 While nearly all Sports Sedans today feature full custom tube frames, early cars would only have the front clip and rear end replaced, and Barry’s Monaro is no different.

“I made the whole front end myself. It’s a live front end with no stub axles or anything,” he explains. “You can see the tyres are worn evenly; it works well. It’s a nice car to drive. You could put a complete novice in this car and they wouldn’t come unglued.” 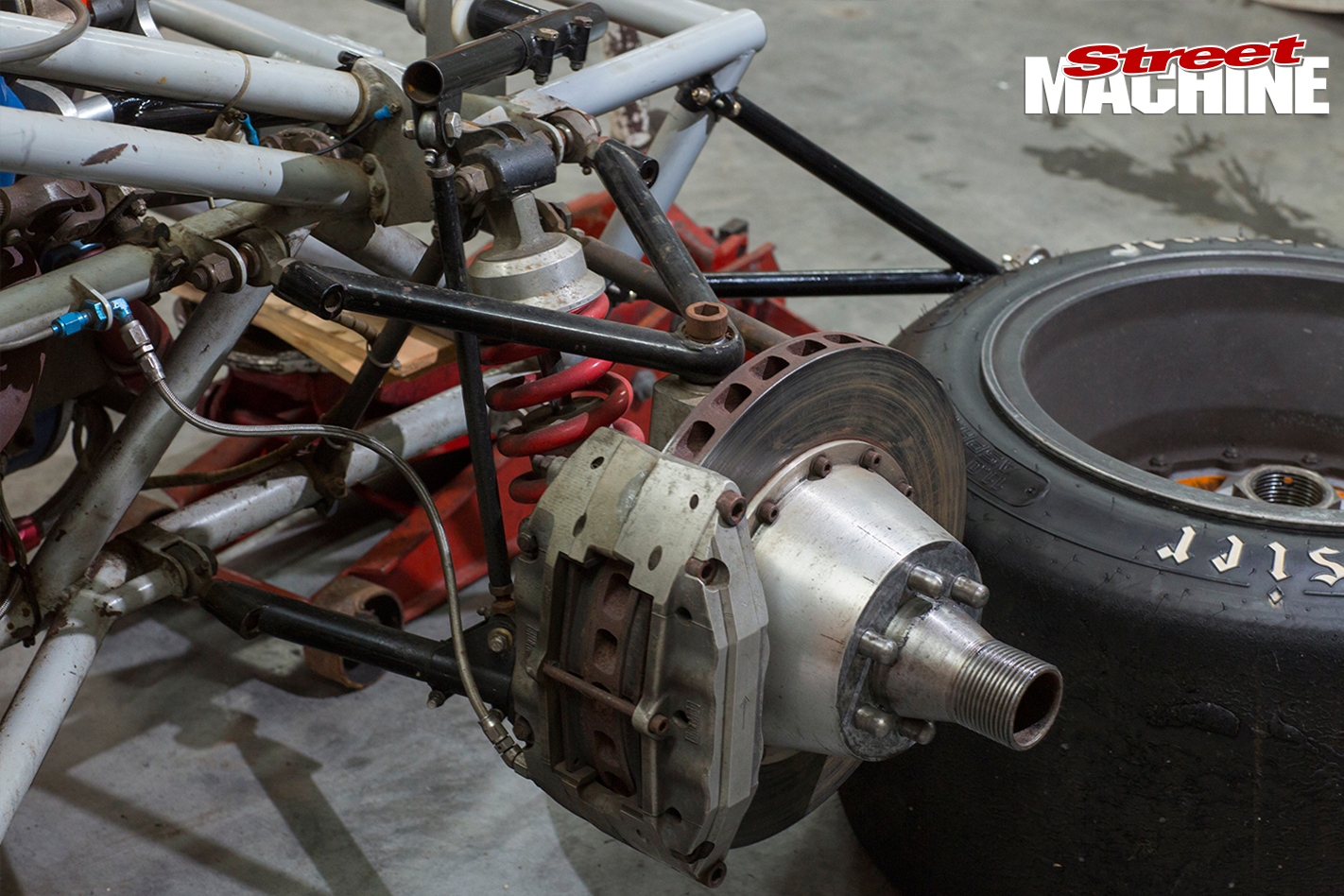 One reason for the heavy chassis modifications in the class was to improve weight distribution, something Barry took care of by not running a traditional gearbox behind the engine. Instead, he looked to a legendary Le Mans sports car for answers.

“The five-speed transaxle is based off a Ford GT40 ’box, made by ZF. That is also for weight distribution, plus this car has a De Dion rear suspension.” 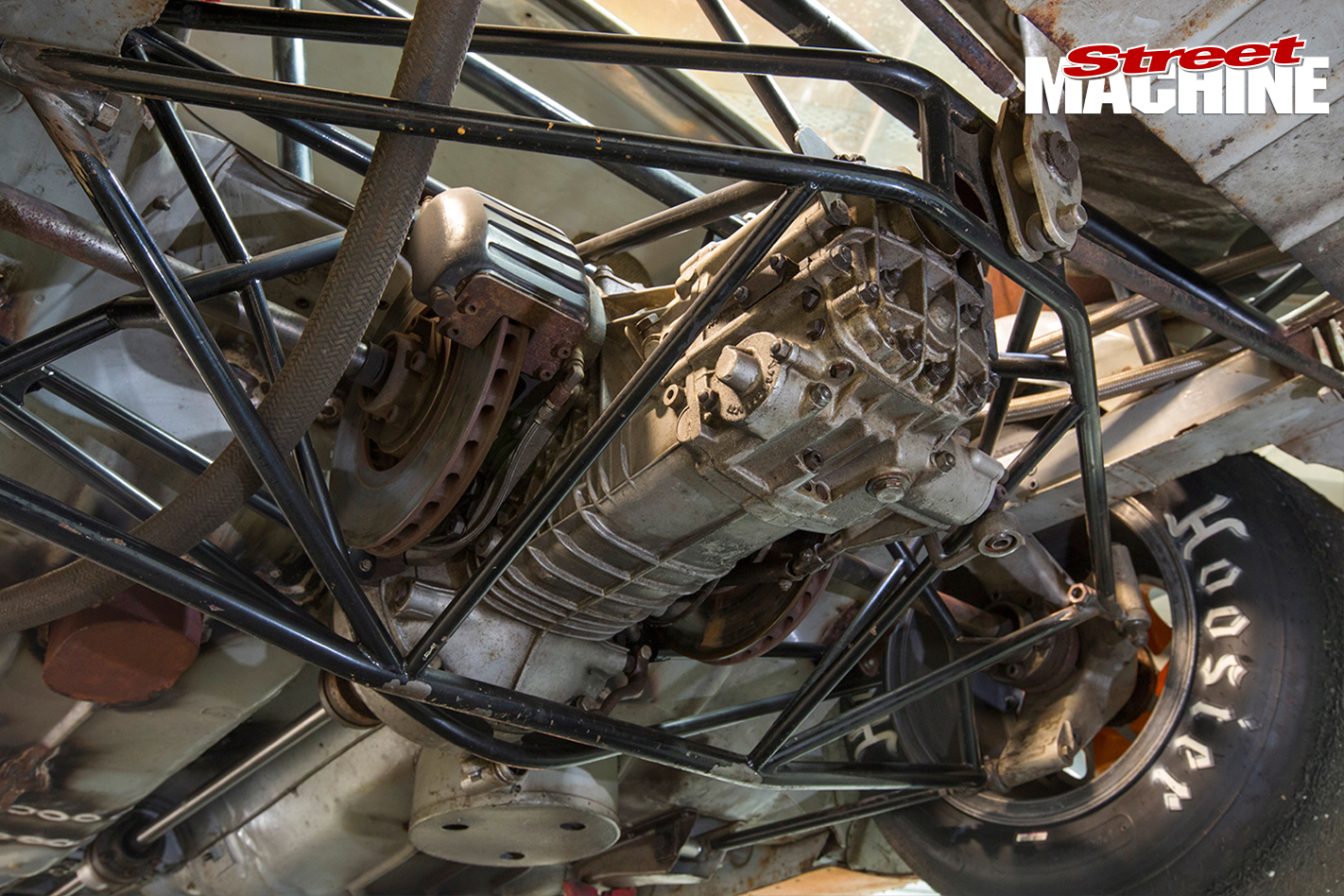 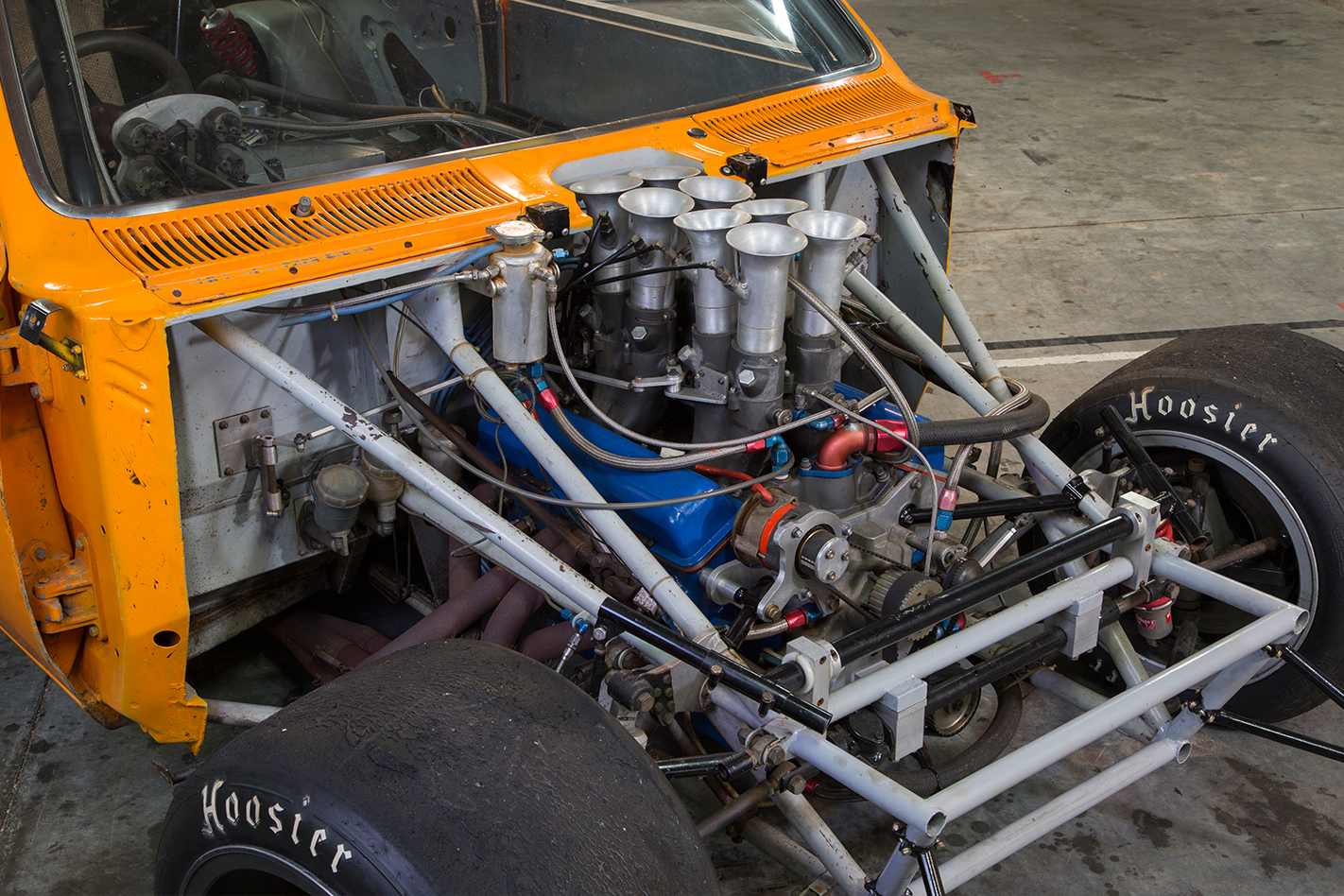 There are plenty of good bits in the stout small-block, with Ross pistons and Carrillo rods swinging above the custom dry sump oil system. Stacked on top of the Mk2 Bowtie heads is a vintage Lucas mechanical injection set-up with 56mm individual throttlebodies for serious deep breathing.

With spark supplied by a CDI from an Indy Car open-wheeler, Barry estimates the package will make a solid 600hp. More importantly, it will last the distance while being wrung out around the very fast Pukekohe circuit in a main feature race. 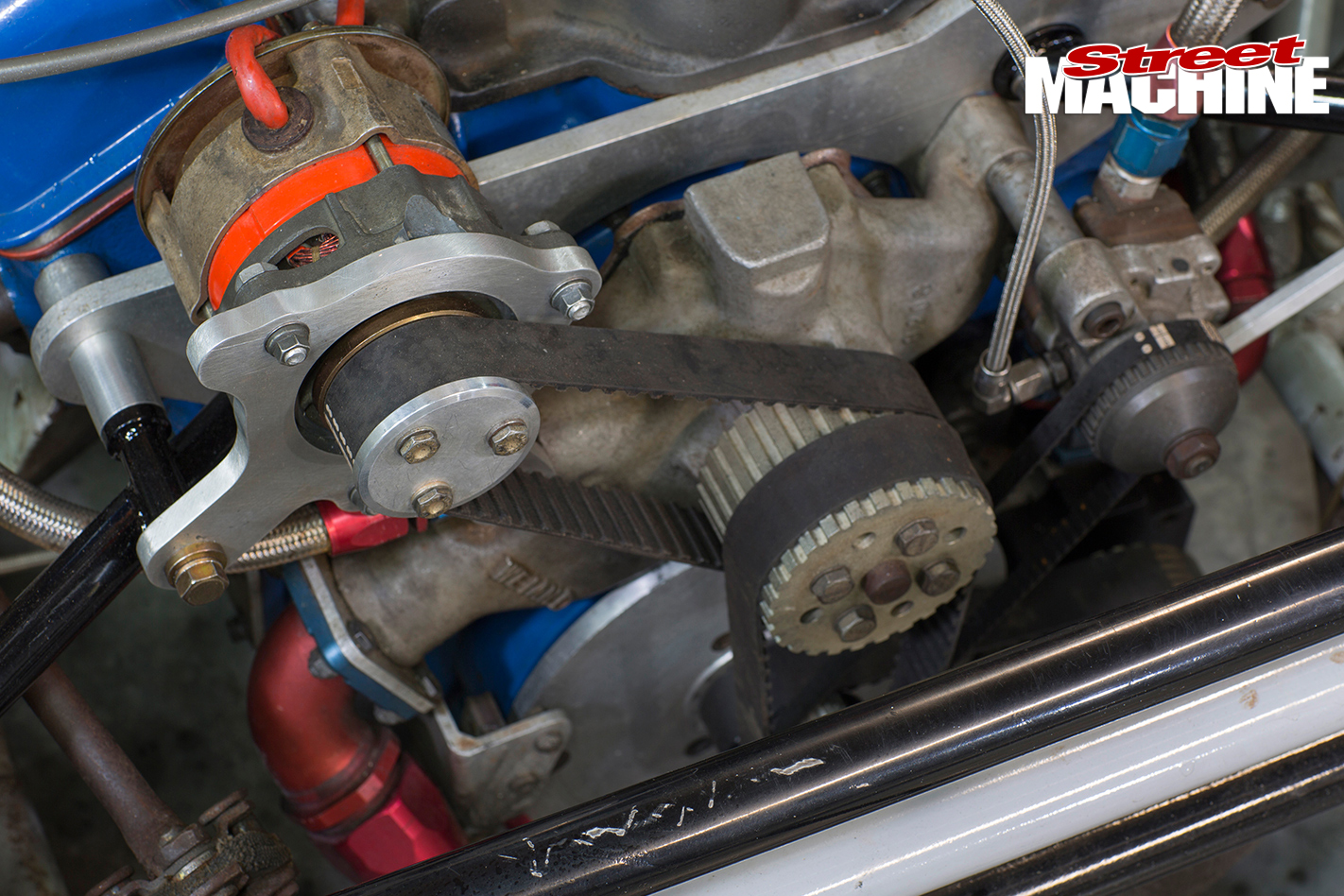 While he doesn’t race it competitively these days, Barry does bring it out for demonstration events and isn’t shy about opening the taps. “There are a lot more vintage Sports Sedan events now in New Zealand and the car has quite a following,” he says.

And with a bunch of thundering widebody V8s, we can understand the appeal! 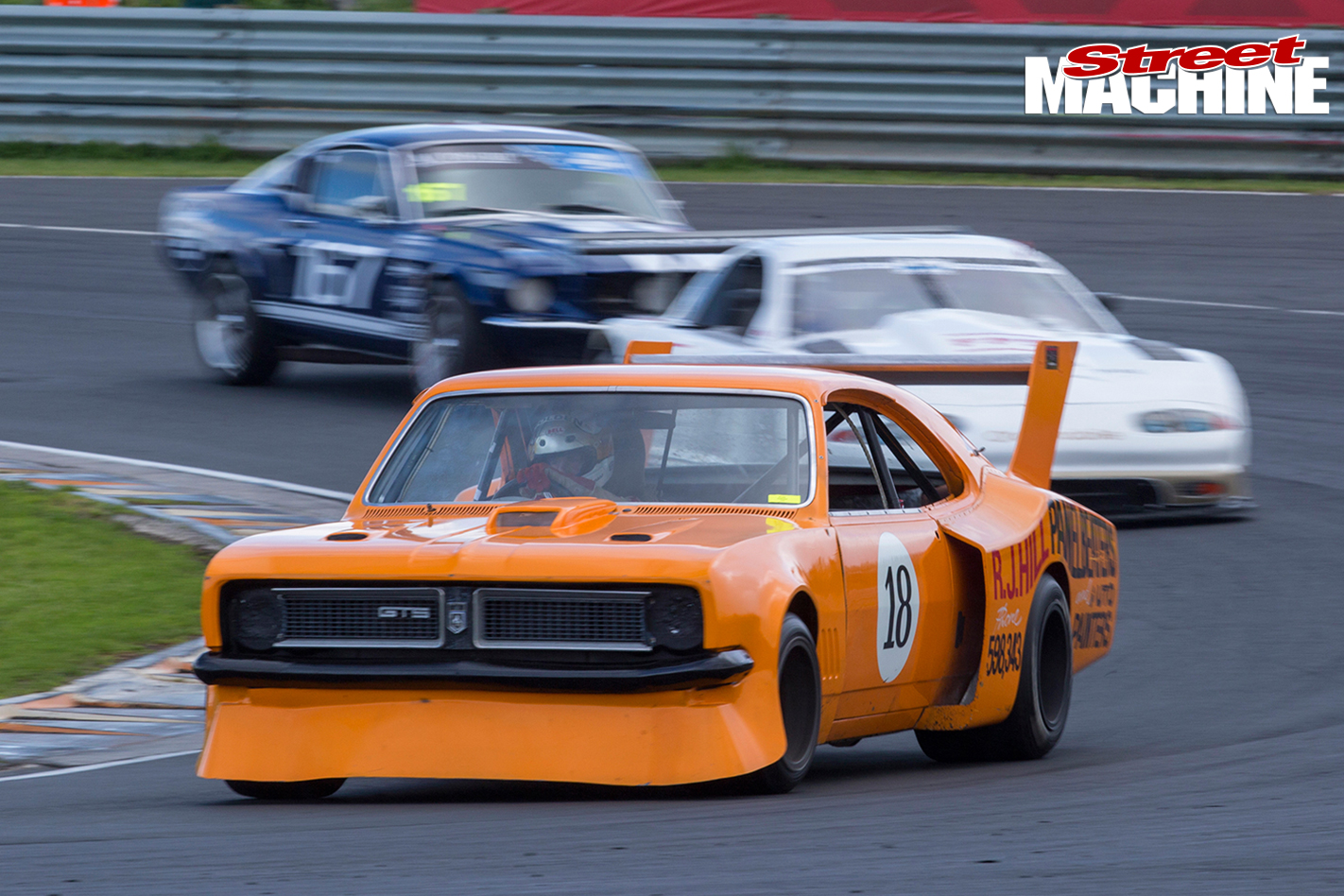