BOYS and their toys, eh? Sydney’s Paul Wright has been mucking around with his YLDTOY Torana for more than 20 years. In the 90s it was a neat little streeter, rocking a set of 14-inch Dragway five-spokes, a velour interior and a mild 308. It even made the Top 100 at Summernats back in the day. Two decades and numerous rebuilds later, it has morphed into something that’s just plain silly.

6
YLDTOY is a genuine SL/R, and has been fitted with a full A9X-style bodykit, minus the bonnet scoop, of course - and Paul has a parachute at the ready for the car's impending trip down the strip

Fans of Holden’s homegrown bent-eight will be pleased to learn that beneath the towering injector hat and hulking great big blower, a humble little 308 still has pride of place. It’s out to 355 cubes and far from stock, but blower aside, there was very little rocket science involved in coaxing an estimated 1000hp out of the venerable little plastic motor.

6
As the Torana gradually evolved it has garnered accolades in all arenas at Summernats, including the Elite Top 10 the first year Paul owned it, Best Real Street at 'Nats 14 and Best Street Tuff in Tuff Street at 'Nats 20
MORE Video: Wild 511-cube blown big-block LH Torana - ONIT

Early on in Paul’s ownership, the car was involved in a collision with a motorcycle that left it in a pretty bad way, with bent rails and a smashed front end. That’s what prompted the first freshen-up, with paint and panel bloke Colin Stevenson bare-metalling and file-finishing the car, and reapplying the Ultra Blue duco with full SL/R 5000 warpaint. 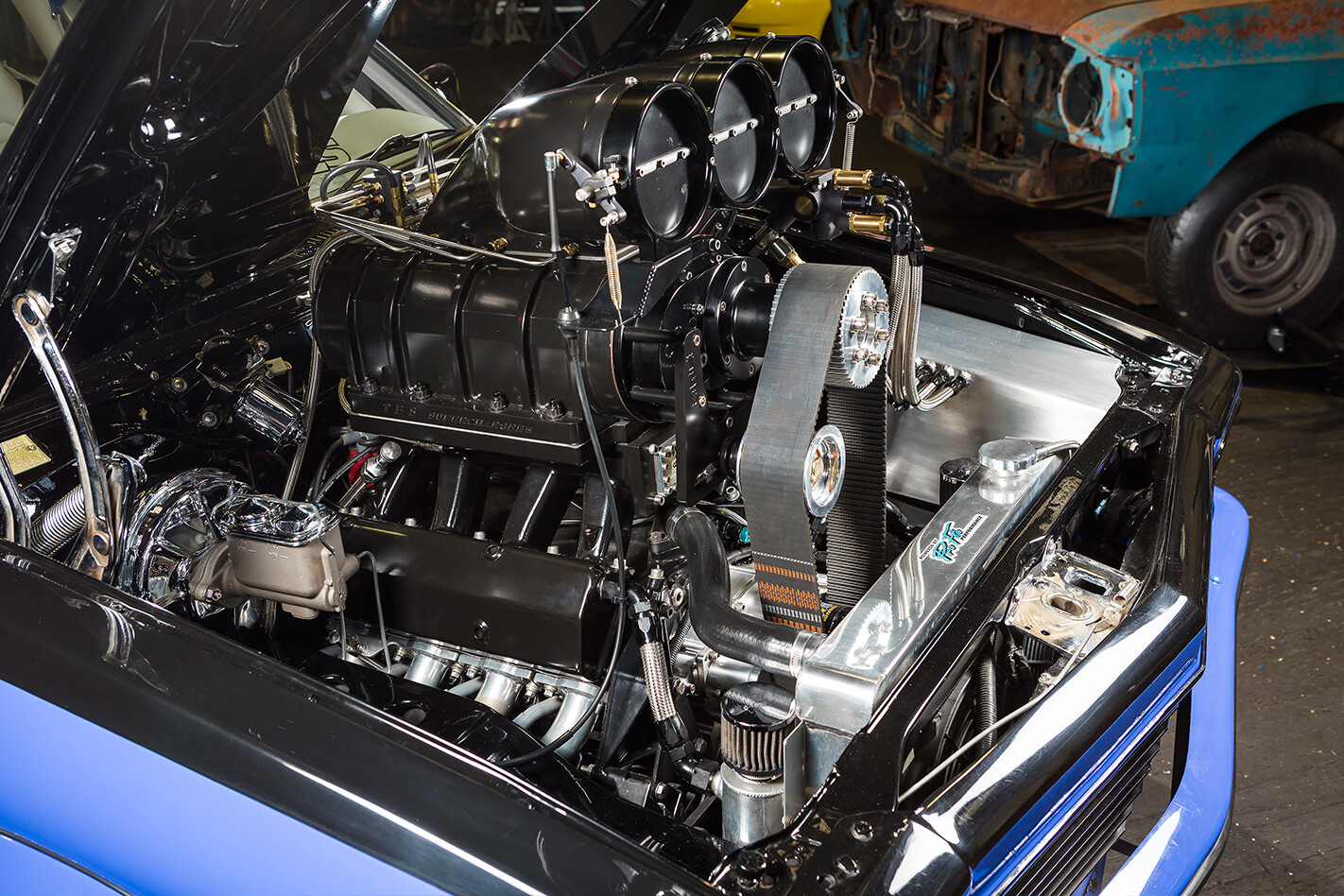 Paul put the 308 through its paces in a couple of skid comps before it eventually gave up the ghost, then the replacement donk lasted all of two hours. At that point, he thought it wise to speak with Paul Sant at ProFlo Performance about an engine rebuild.

6
With the exception of the alloy radiator, custom header tank and blower pulleys, most other surfaces are painted black

ProFlo put together a 355ci combo with a COME crank, Scat H-beam rods and forged SRP slugs, along with some skilfully fettled VN heads. They also rigged up a direct-port nitrous set-up to the Harrop single-plane manifold, with great results. “It lifted the wheels and went 9.7@142mph, but it didn’t have a ’cage at the time so I got booted and haven’t been back since,” Paul says.

6
The cabin is a melting pot of show and go, with RCI seats and harnesses, a full 'cage and PPP shiter integrated nicely with a billet steering wheel, flat floors, custom console and dash, and a killer leather trim

At around the same time, Matt Gibbs at Artistic Trim treated the car to a full retrim. Paul is a chippy by trade, so he made the console, flat floors and dash fascia panel, then Matt covered it all in cream leather. 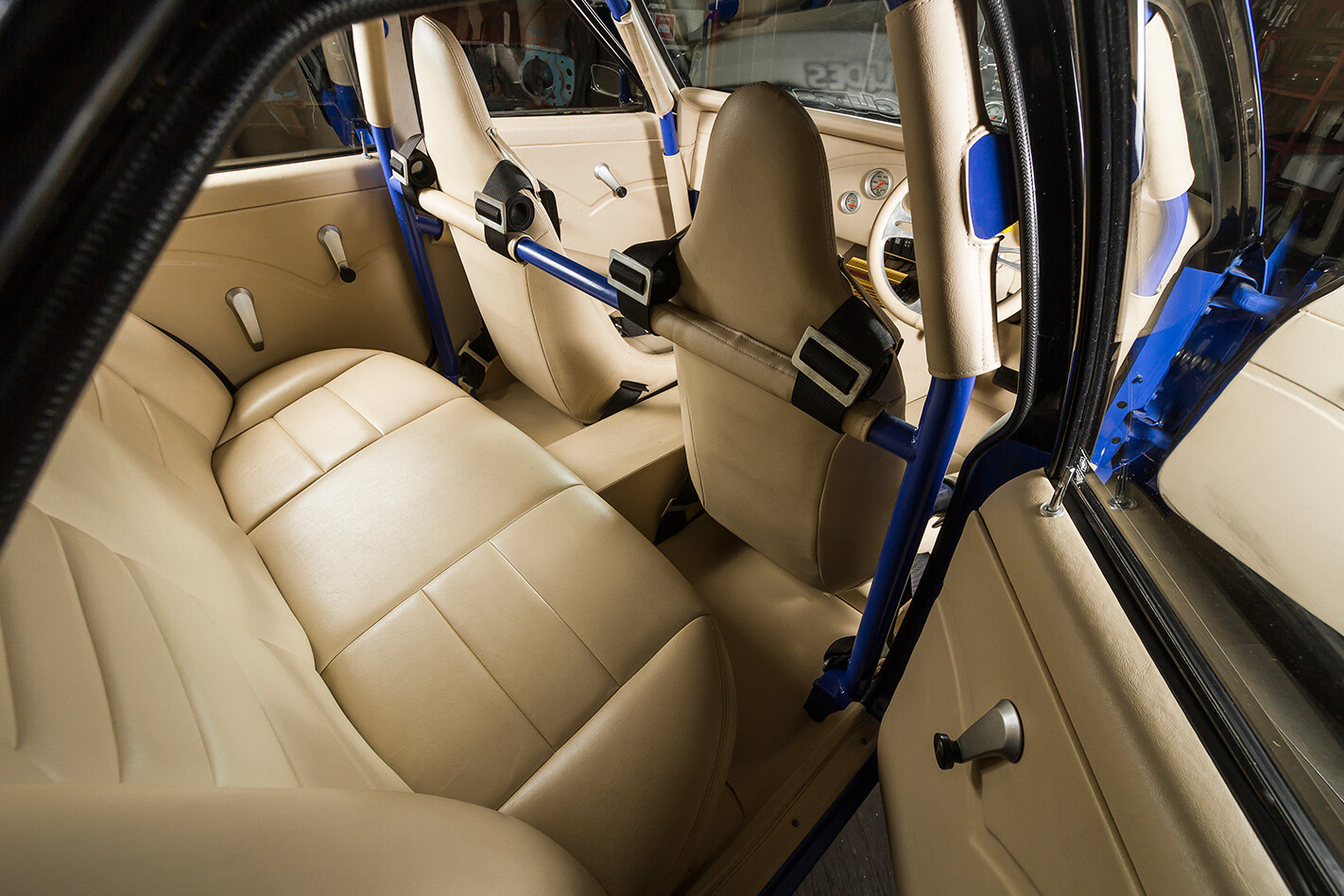 The car also copped a ’cage from Street Car Fabrications, a Powerglide transmission, nine-inch diff and a set of Center Line Sahara billets, then remained in that configuration for quite some years until good old-fashioned peer pressure got the better of Paul. “The rest of the boys in the Goin’ Nuts Car Club were running around with blowers and hats and I thought: ‘I need to jump in on this,’” he says. “I’d always planned to do it, but with a much smaller set-up than I’ve ended up with, and probably with EFI and pump fuel, too. But my life is busy enough that I don’t get to drive the car on the street these days anyway, so I thought I might as well go balls-out and get on with it.” Since the engine was originally built for the bottle, it required surprisingly few changes when Paul decided to go blown. It still runs the same crank, rods and pistons as it did with the old combo, and with little more than rings, bearings and a camshaft change, it was good to go. ProFlo opted for a COME inlet manifold modified to receive an 8/71 Blower Shop pump, which is in turn topped with an Enderle Short & Ugly hat. Running on a diet of methanol, the little Holden is said to be good for around 1000hp. It’s funny what a blower and hat will do for a car’s presence, because even though little else was changed, YLDTOY looks like a whole new beast. Aside from the blower, painting the wheels and blacking out the engine bay, there have been no changes to the car for the past 10 years, yet it still looks fresh and current. The transmission, rear end, paint, interior and even the headers remain unchanged from the nitrous days – testament to how well the car was built the first time around. 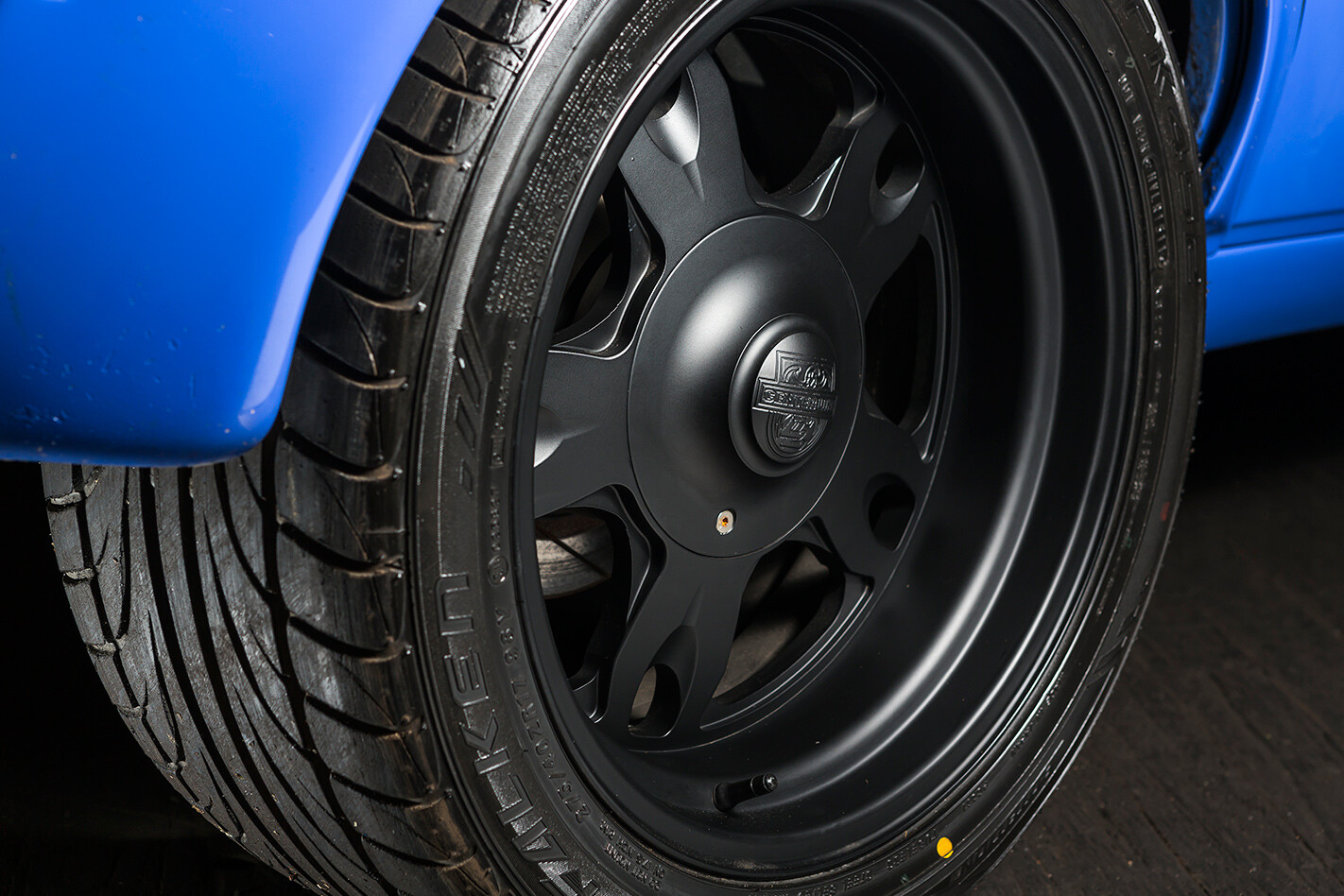 “When I rebuilt it originally, every single bush and part was redone,” Paul says. “As a result, it’s unbelievably driveable even with this much power.” 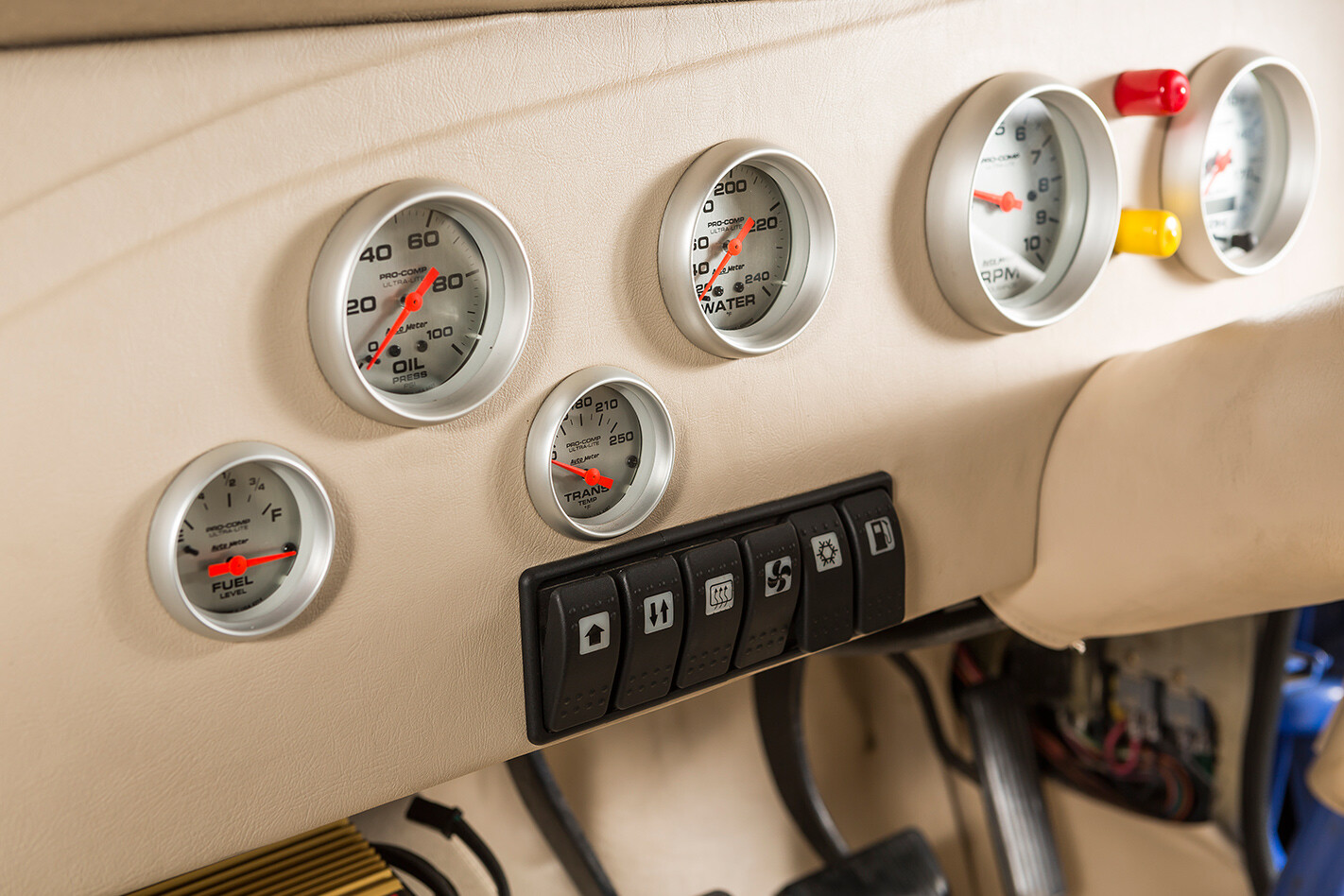 These days YLDTOY is very much an event car; however Paul wouldn’t mind returning to Sydney Dragway to see if he can better the Hollywood pass he made with the old set-up all those years ago. “The car is pretty much for having fun at Powercruise and Summernats now, but in the next 12 months I wouldn’t mind racing it again on radials,” he says. “It has a fair bit more power than it did before, and an eight-second pass on radials would make me happy. I don’t want to compete or race rounds or anything – I don’t have the budget for that – but it would be great to go and run a number just for fun.”