AT FIRST glance, this looks like a kid’s toy spaceship for show-and-tell at kindergarten, but what you’re looking at here, fellow street machiners, is just over two-point-eight litres of freaky-fast, force-fed, flat-four firepower. This is the mill from Phil Mizzi’s awesome blue patina ’54 VW Kombi ute, affectionately named Grover (SM, Jun ’14).

Yes, we’ll allow you a little chuckle at ‘just’ 2.8 litres, but when you realise the 1954 Kombi’s original motor was 1.1 litres, and the biggest-ever flat-four VW engine – used in the last of the air-cooled Kombis and Transporters (and one or two Porsche models, too) – was just under two litres, then 2.8 litres represents an increase of more than 40 per cent. That’s a bit of a stretch!

Motorsport soon finds the limits of the stacondard VW components in terms of both capacity and power, which is why Phil’s engine is built on an aftermarket Autocraft case. The replacement Type 1-style case is made from aluminium instead of magnesium and, unlike the original VW design, has a removable timing cover. The 88mm stroker crank is a Moldex; counterweighted and balanced, it’s safe for 8500rpm. Pauter rods swing under four-inch-bore 9:1 CP pistons, and those four separate finned barrels are aftermarket, too. They’re cleverly constructed from an off-the-shelf Toyota diesel sleeve pressed into LMS Engineering-made barrels, with the fins machined, rather than cast, into them.
The heads are also Autocraft, and although the design remains two valves per pot, the intake ports are re-centred higher and wider and house bigger 1.6- and 2.2-inch valves to allow an enormous increase in breathing. 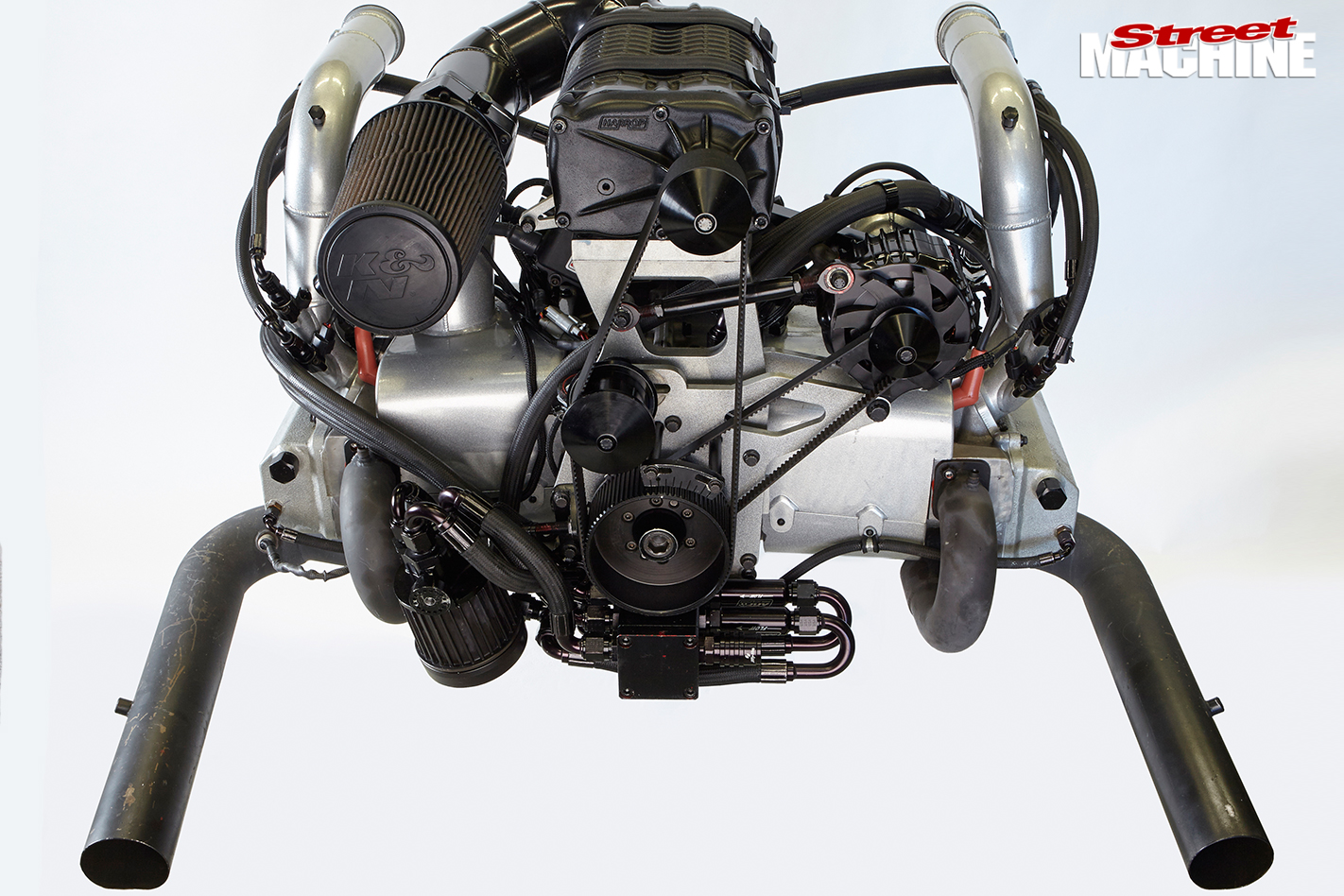 VW flat-four motors use a block (case) design incorporating two almost mirror-image halves that meet vertically about the crank and cam centrelines to support the main and cam bearings. The outboard side of each case-half locates two separate slide-in cylinder barrels and motorbike-like cast fins for air cooling

For now, 20psi is plumbed from a water-to-air intercooled Harrop HTV2300 blower usually seen on GM/Holden LS V8s. The Haltech Elite-managed sequentially fired flat-four feeds off two sets of four injectors – a 1000cc and 2000cc set running together. A recent upgrade has been a drive-by-wire single throttlebody to replace the previous twin cable-operated throttles, for better throttle control and driveability. Other tech includes EGTs and two wideband O2 sensors – one in each of the dual pipes.

VWs usually have an integral cooling fan, but due to the top-mounted blower, remote-mounted electric fans pipe air to the heads and barrels to keep things cool. Plenty of extra oil also helps in this regard, with eight litres of Penrite HPR 30 doing laps of the dry-sump system. 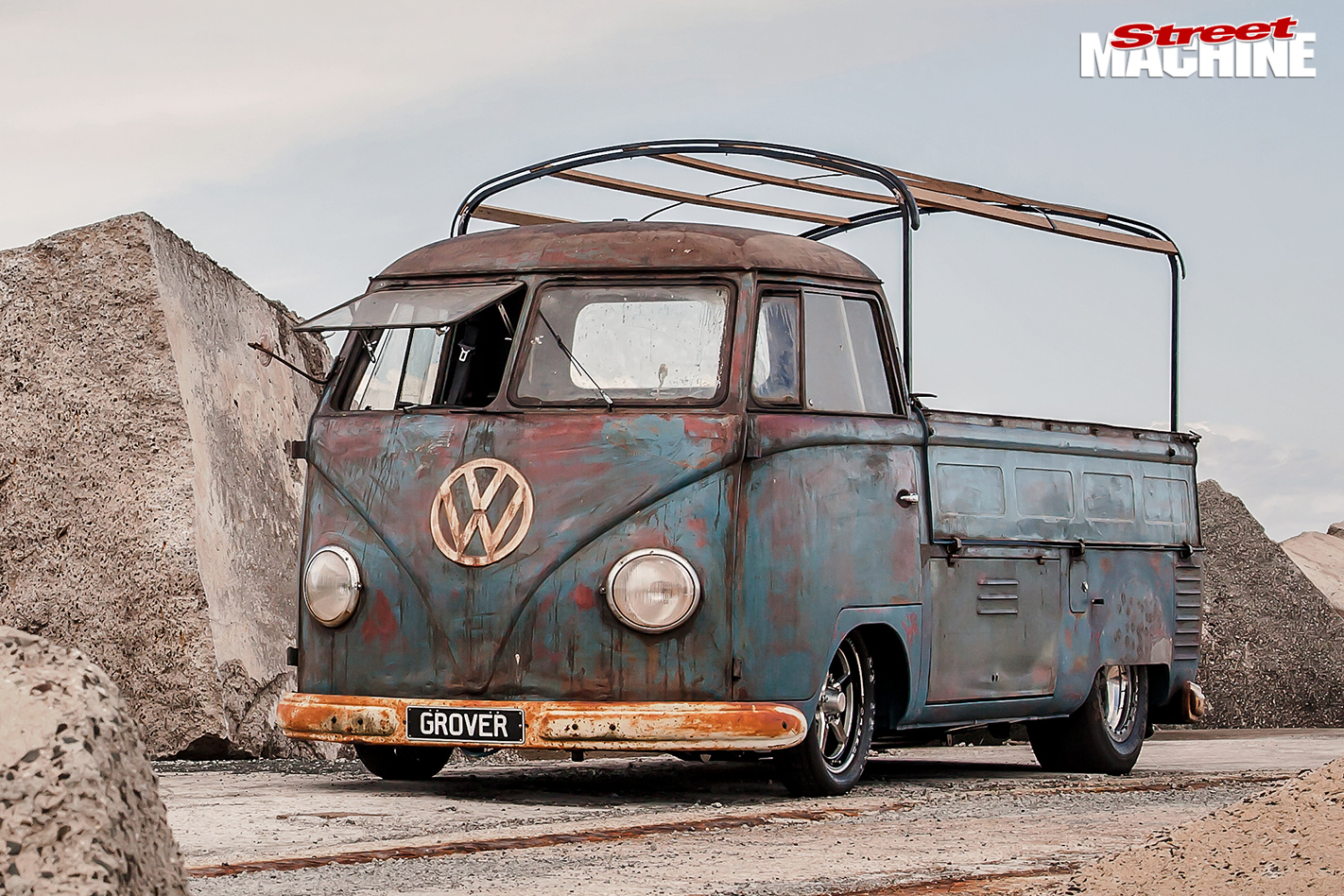 So far, Grover has run a sedate 12.4@118mph, and there’s plenty of development yet to come. Not bad for an engine many of us laughed at when we were kids! 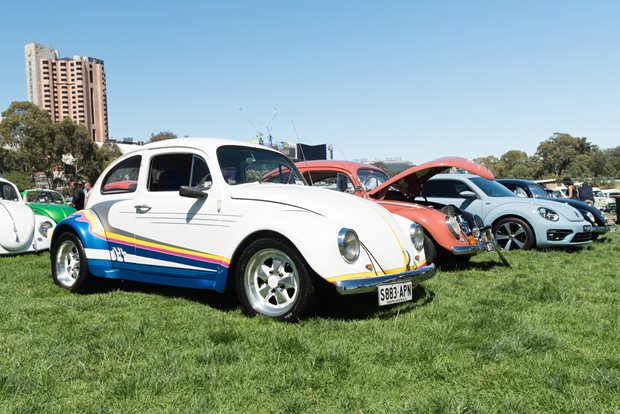 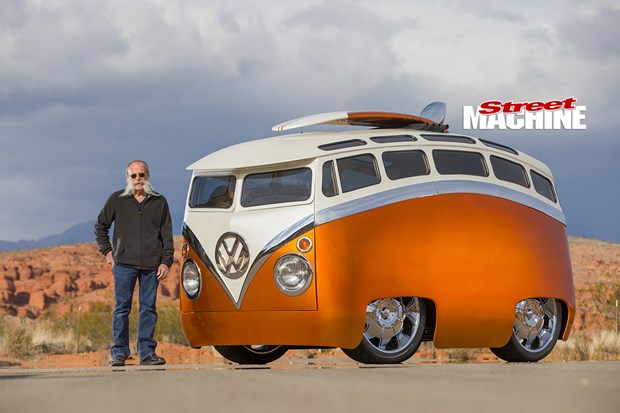 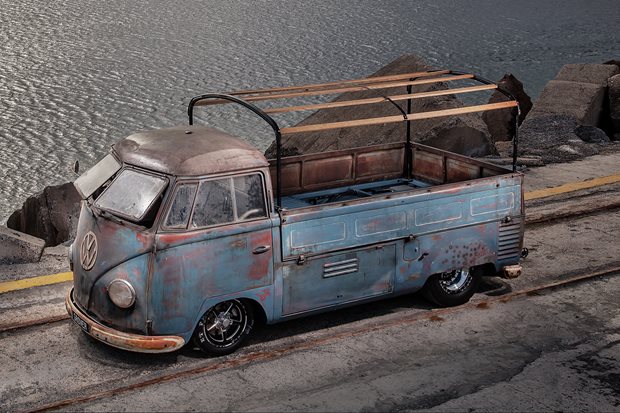 Phil Mizzi's antique, ratty-looking Kombi is no joke. This tasty bread bus named 'Grover' had the nine-second zone in its sights when we featured her in our June 2014 issue