THIS article on Matthew Basanovic's very tough Ford XY Falcon with a blown 383 Cleveland motor was originally published in the March 2013 issue of Street Machine magazine.

FIFTEEN years ago, Mathew ‘Mardo’ Basanovic swapped a five-litre VN Commodore for a freshly painted XY Falcon shell in pieces, leaving people wondering what the young mechanic was thinking. “They’re just cool cars, really. I got it off a mate who couldn’t finish it and I was originally going to put it together and sell it but when I saw it finished it was too good to sell,” he explains. Mardo and a mate screwed together a super-tough 465rwhp aspirated 383ci Cleveland for regular street duties, which stood up to years of abuse — until a cruise in 2010 ended with a tow home. 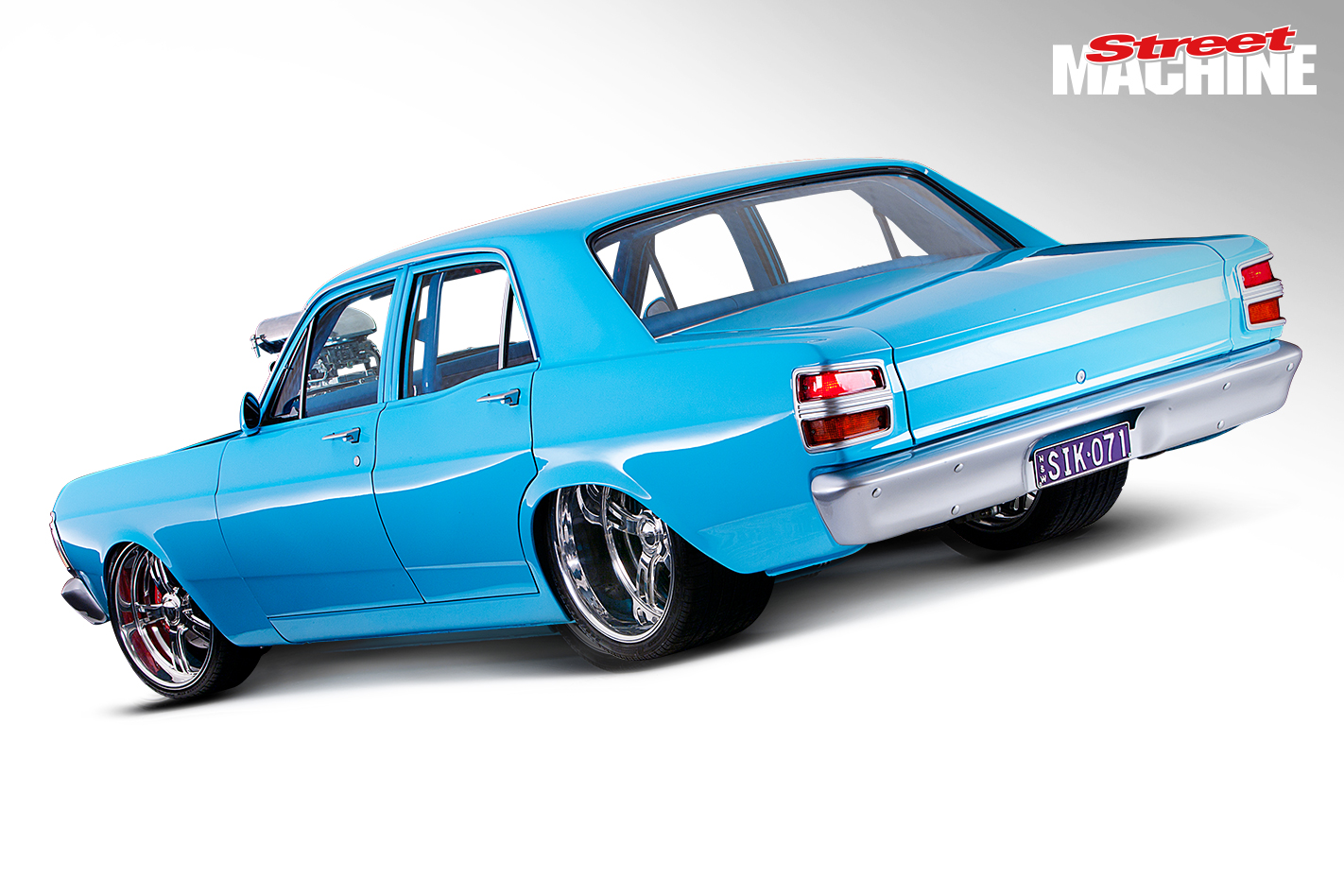 “One weekend we took it for a drive and the Clevo split a bore. We pulled the motor out and decided to freshen up the engine bay, and that turned into a full rebuild,” says Mardo, reciting a familiar tale. The stuffed Ford block was turfed and the rotating assembly crammed into another motor. “I ended up putting a blower on it — I’d never had a blown car and I liked the look and the noise,” he says. “With the blower on five pounds of boost, E85 and a nice, fat reliable tune it makes 605hp at the tyres. It’s awesome — even at 120km/h you can just stand on it and it smokes the tyres!” 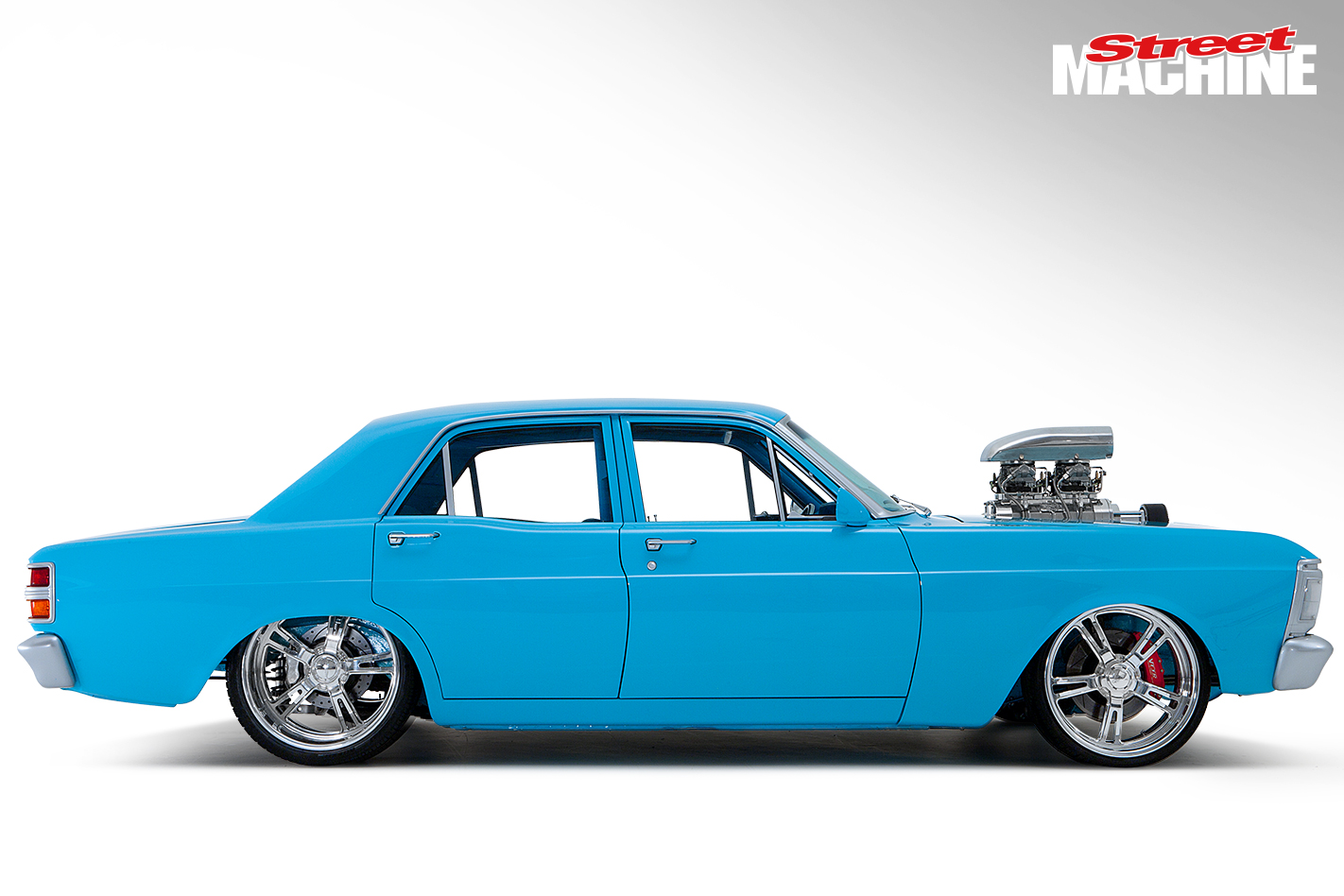 With the engine sorted, the shell was handed to Mardo’s younger brother, Kresi, a qualified panel beater and spray painter who was charged with breathing new life into the 15-year-old bodywork. “He repaired it, tubbed it, did the engine plate, put a new trans tunnel in it. In fact, the only thing he didn’t do was the ’cage,” Mardo says. He’s clearly immensely proud of his brother’s work. The body is largely stock, albeit silky smooth as the result of the many hours lavished on the metal. “He was working on the car for six months after-hours,” he says. That attention to detail has clearly paid off. The panels are wrapped in layers of custom-mixed Sky Blue — the same colour it was 15 years earlier as a pile of parts. “It looked good that shade, so we kept it,” Mardo explains. 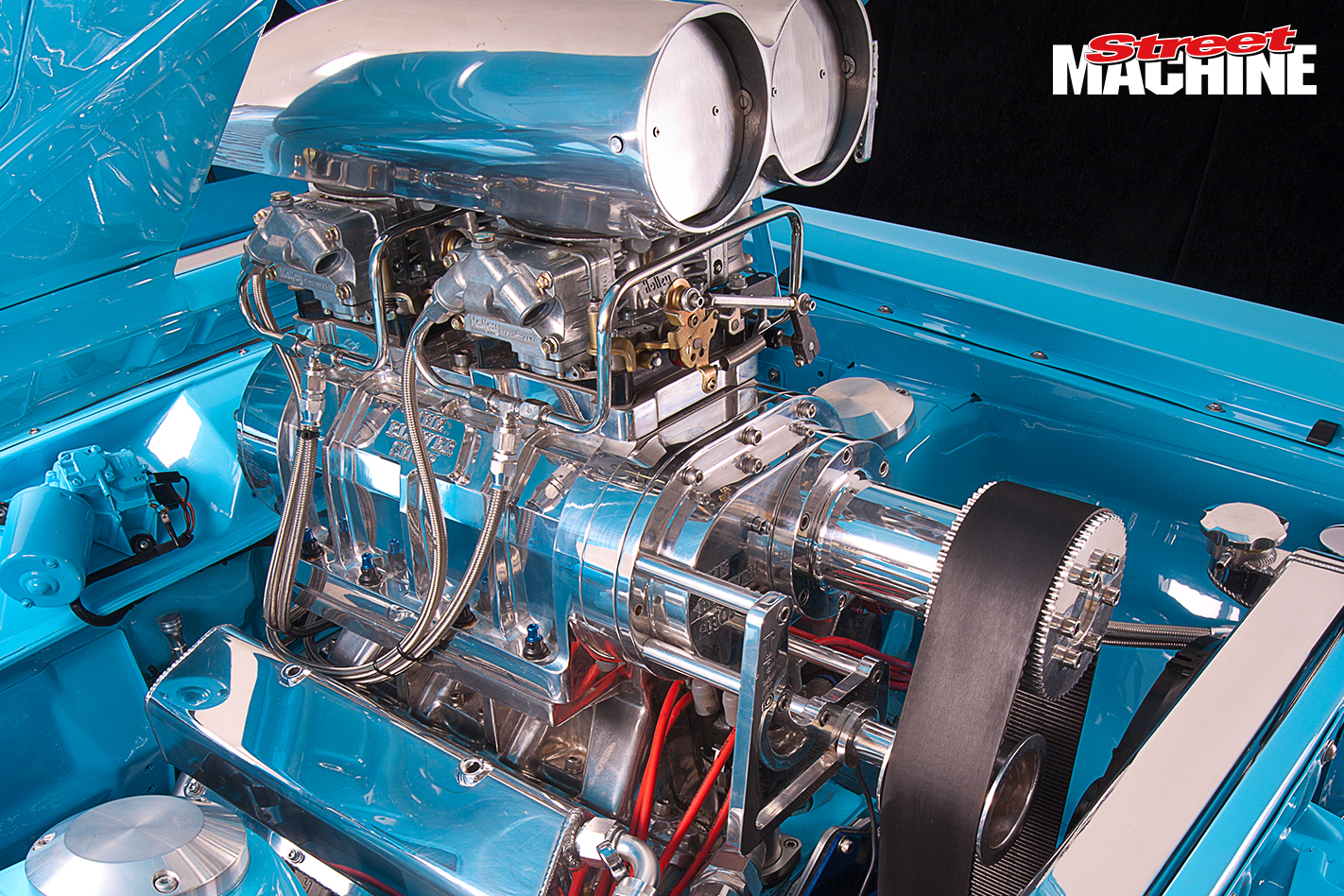 He continues: “When I built the car the first time, I was working on a budget and I couldn’t afford chrome.” As a result, the bumpers and all the dressings that are usually chrome were finished in silver, a refreshingly different look. The upgrades this time around weren’t merely cosmetic, however. To fill out the tubs that Kresi had welded in, Mardo chose a set of 20x12 billet wheels wearing massive 345/25R20 rubber on the rear — boots big enough to harness the phenomenal power of the blown Clevo. 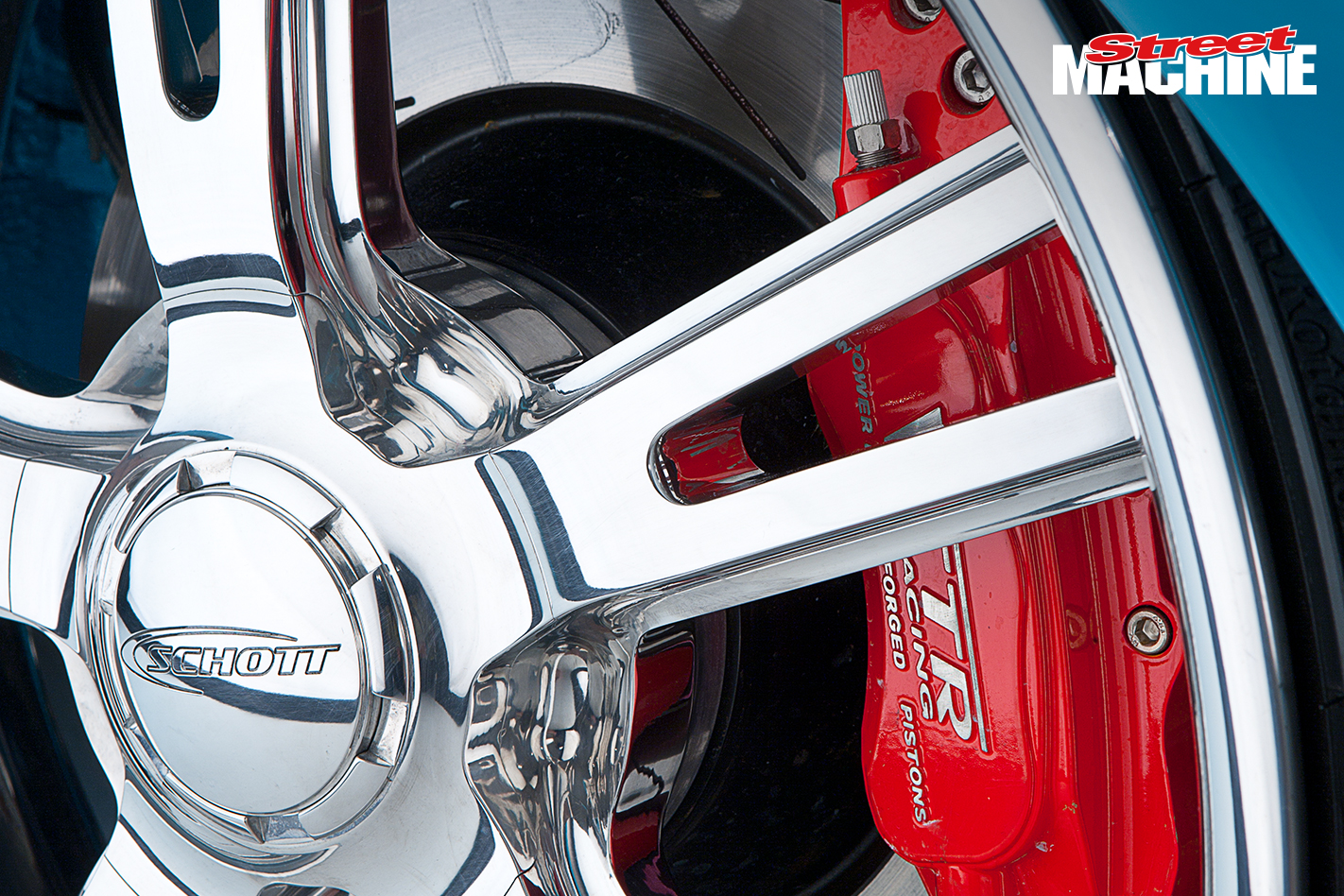 Hiding behind the wheels are massive six-piston VTTR brakes, though they’re just the start of the high-tech tricks and heavy duty components decorating the detailed undercarriage. “It’s got the RRS rack and pinion in the front and coil-overs replacing the standard suspension. Kresi cut out the factory strut towers and replaced them with RRS struts.” The rest of the engine bay was sheeted and smoothed, with a Wilwood hydraulic pedal box moving the brakes under the dash.

So what prompted the front end swap? “It was all to make room for the pipes, as in the beginning there wasn’t much space. It’s also easier to work on, and it looks great.” Out the back, a sheet-metal 9in hangs in a unique suspension set-up that borrows from both old and new schools. A coil-over four-link with Panhard bar keeps the rear-end aligned, while a single leaf and Caltrac combo solves any axle tramp problems in traditional style. 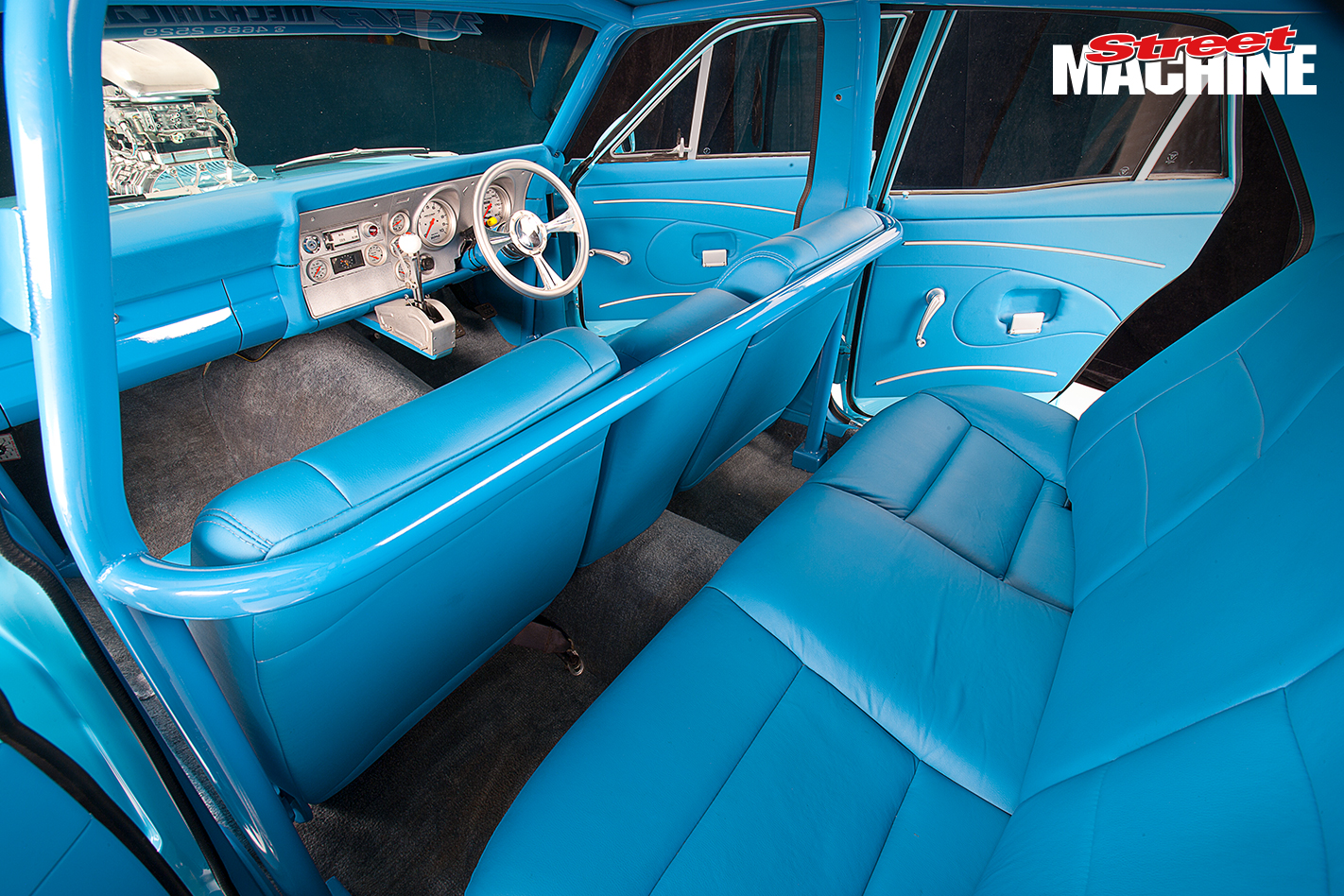 Complementing the fresh paint is a full interior rework by Steve at All Trim, replacing the previous all-white trim. “The white looked good but I hated it because it was always dirty,” Mardo explains. “I thought: ‘There aren’t any cars with all-blue trim’ but when I started telling people, they told me I was crazy. I was worried it was going to look shit but I love it.” The whole trim was completed in the week before Summernats — all the more impressive when you consider that includes custom door trims, mounting the floating shifter, modifying the dash fascia for Auto Meter gauges, building everything around the tightly tucked rollcage and retrofitting the bench seat from an XF ute, sans headrests. 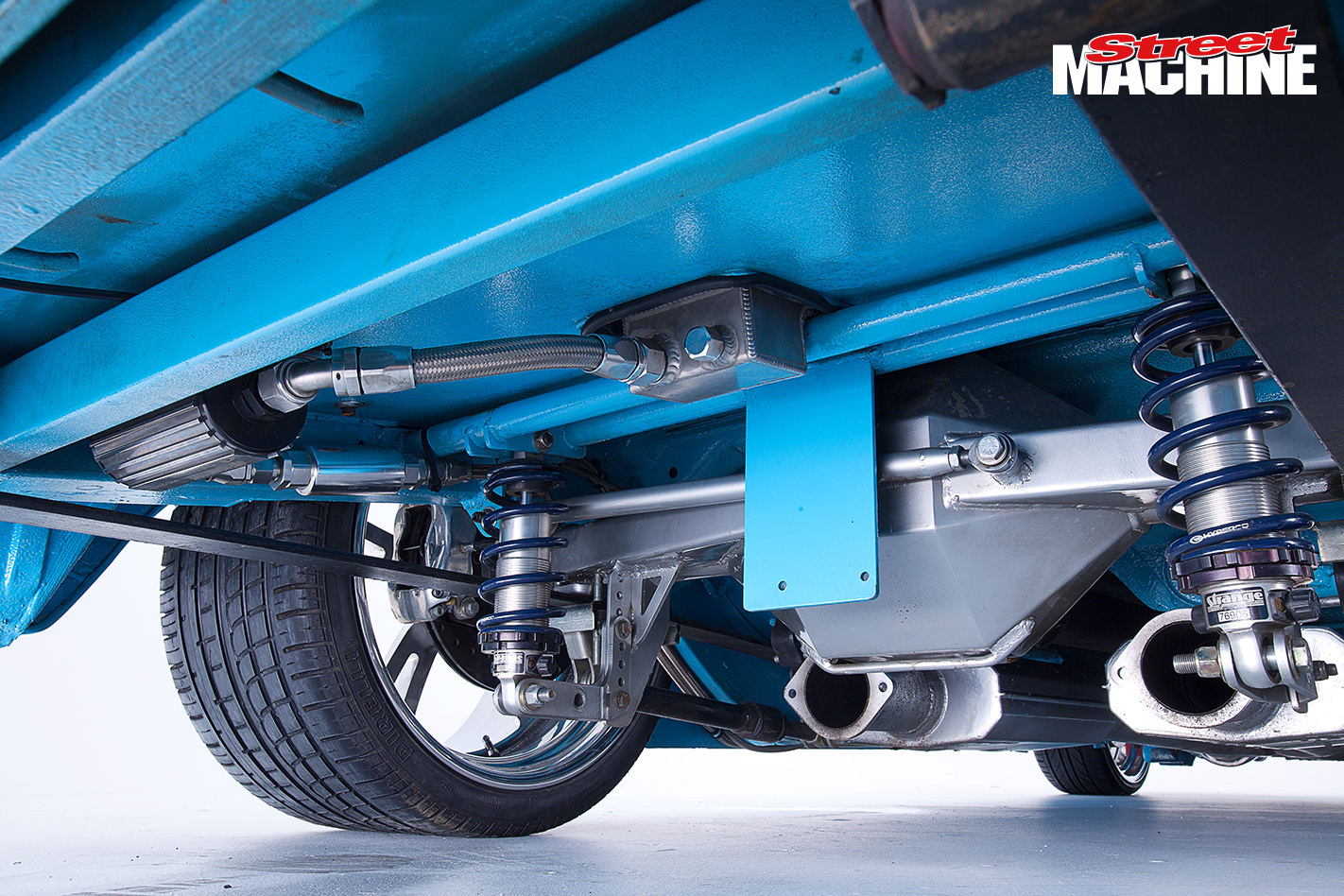 “You get away with a lot more at the ’Nats with the blower,” Mardo cheekily lets slip, and that’s what he and the XY have become known for since the car’s reboot. But with the custom seatbelts installed, the car’s future is on the street — anchorage points for the baby seats are currently being sorted so he can enjoy it with his young family.