IT’S PRETTY rare today to see a racer make the move from turbo power back to mechanical supercharging. Turbocharging is seen by many as the horsepower answer to everything. But Central Coast, NSW, racer Matt Grubisa has ditched his mid-six-second, twin-turbo 10.5 Camaro for a ’67 Nova, complete with a 526 Hemi, PSI supercharger and a set of radials.

“I just got to the point with my racing that I needed something easy to maintain and cheap to run, that would make truckloads of power and I could do the maintenance and tune on,” Matt says.

The Nova has been around for a while, having been formerly owned by Frank Mamone. The rolling body was built originally by Don Ness Racecraft in the USA, and is a real nice piece, rumoured to have cost almost $200K. With a 490ci Hemi and a D-rotor PSI supercharger, the car ran consistently in the 6.5s, but eventually hit 6.37 at around 230mph with a larger-capacity motor and C-rotor PSI. 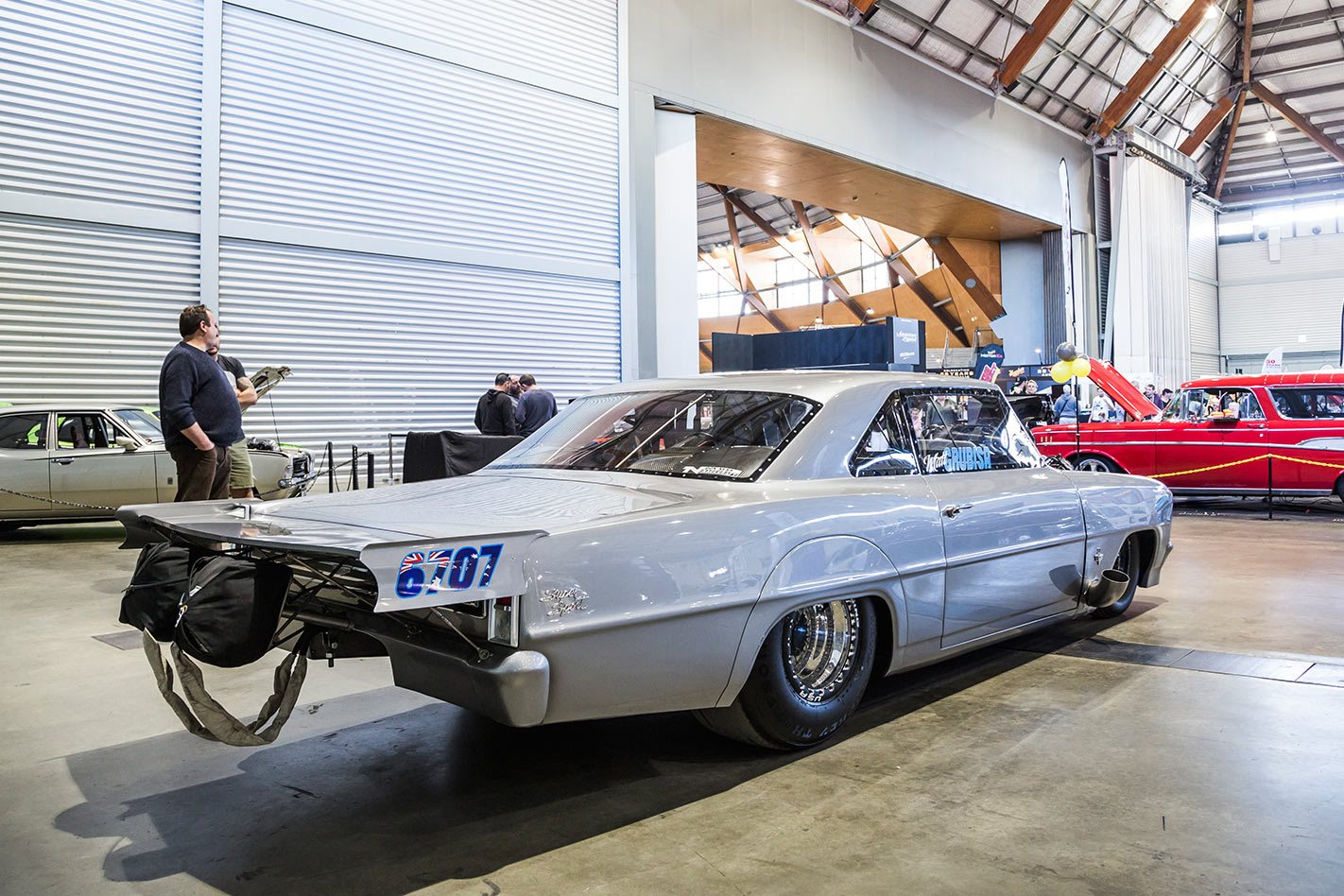 Since taking possession of the roller, Matt had the boys from Central Coast Smash Repairs strip it to a shell and tidy up the bodywork. Craig Burns at SCF Race Cars freshened the rear end, fitted new polycarbonate windows and completed a full fit-out of the car.

Matt was lucky enough to find a complete long engine for sale in Queensland. The 526ci billet-block Brad Anderson motor was a spare for Top Doorslammer racer Mark Harris, and was in real nice shape, having never been windowed, and needed only a new set of rods and a general once-over at Newby Engineering.

The donk is all-business, with a 44 Amp magneto, ARC module and MSD Grid system. Topping the 3000hp powerhouse is a D-rotor PSI supercharger with an Enderle K-style barrel fed by a Waterman Li’l Bertha fuel pump.

Instead of a Lenco-style transmission, Matt has opted for a two-speed TH400 built by Mark Micke at M&M Transmission in Midwest USA, with all the good gear including a 1.5:1 first-gear ratio and driving the latest-style full-billet Coan torque converter. 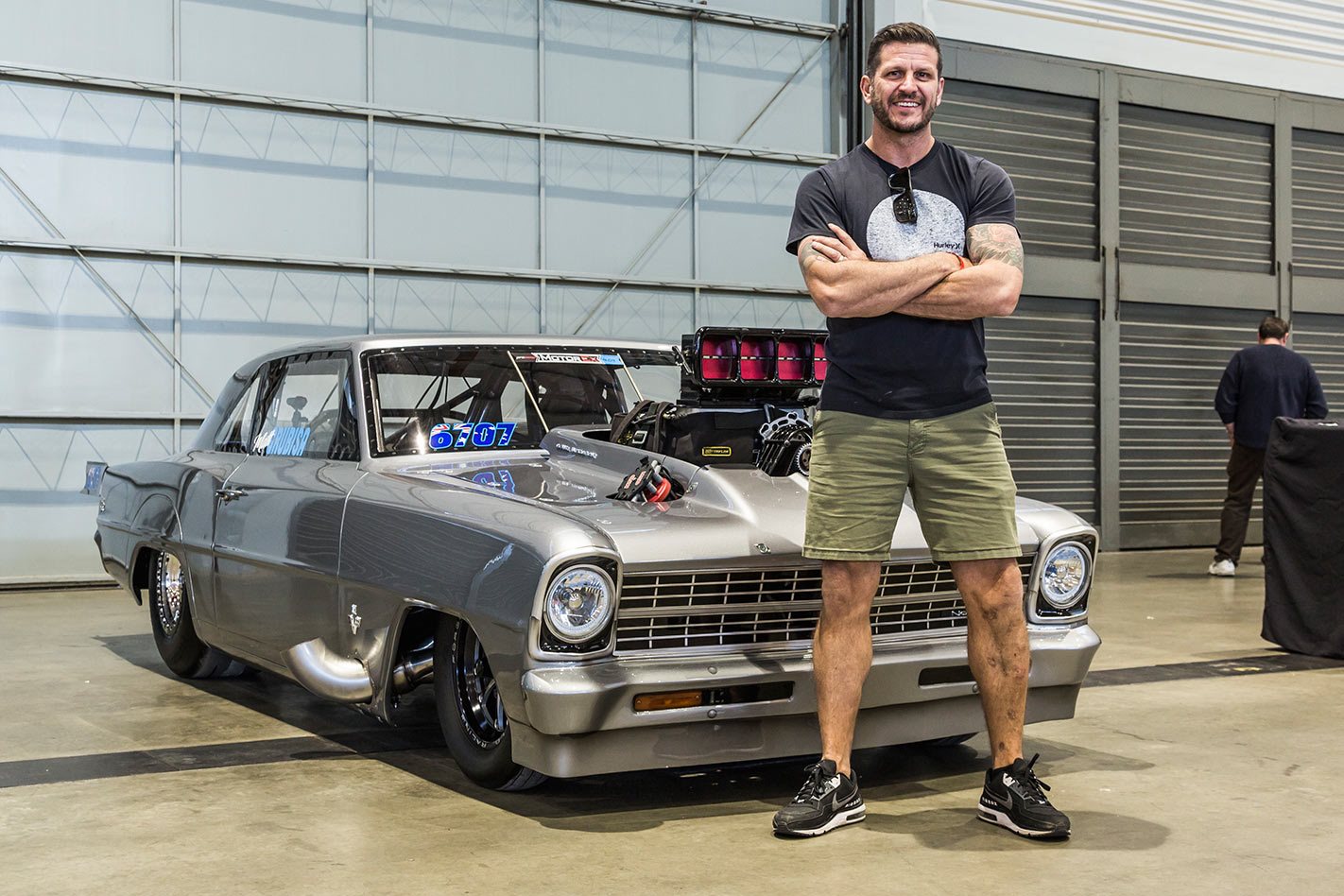 Radial racing today is all about power delivery and suspension, and there have been no corners cut in this area with Matt’s car, with the latest-design four-way Menscer shocks controlling a fully fabricated rear end with 40-spline axles swinging massive 15x14 Weld rims wearing 315 Mickey Thompson Radial Pro sneakers.

Despite the growing number of top-end radial cars in Australia, this is the first blown Hemi example in the country. One thing’s for sure: The Nova will drive past the 6.60s Matt’s Camaro managed with the horsepower tank on near-empty.

“I feel I have all the best people on the team, with the Newby boys handling the motor, Kon from Wollongong Automotive Services in charge of tune-up, electronics and data acquisition, and Craig Burns on the suspension,” Matt says.

“For now all I want to do is drive it, but I really want to learn this set-up and how to sort it myself at the track. I just don’t want to be in a position where I’m relying heavily on anyone but myself.

“We are lucky the car has a Racepak computer and seems to have every sensor you can fit, so we can really chip away at this once we get it to the track. We’re pretty clear on where we want to head and that’s in the low fours over the eighth-mile.” 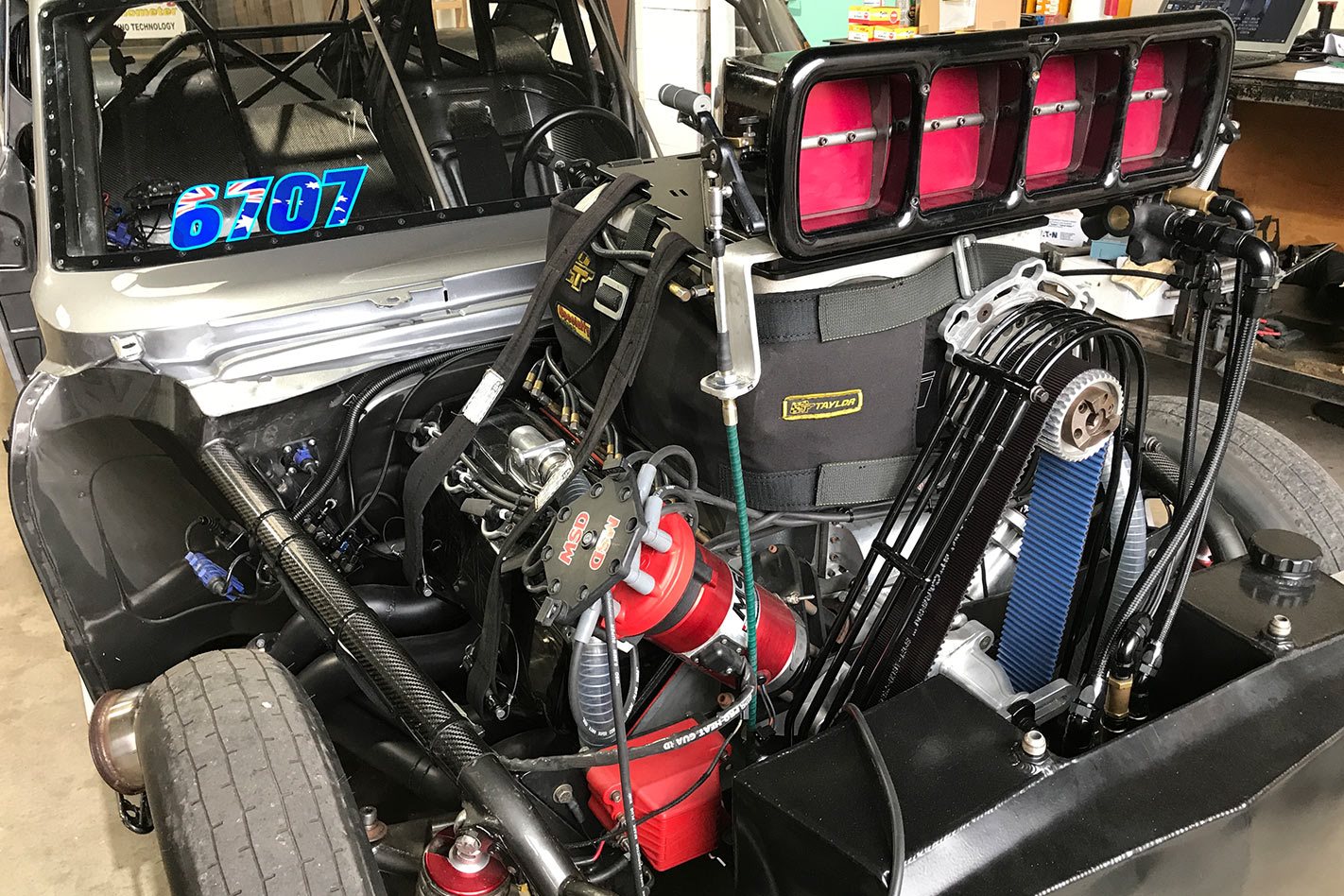 It’s hard to believe that a blown Hemi, typically known for being an aggressive combination, can do that well against the turbo brigade, but with guys like Stevie ‘Fast’ Jackson ruling the roost in the USA with bottom 3.7s over the eighth-mile, Matt is pretty upbeat about the potential of this stunning car.

“We are hoping that the maintenance side will be pretty easy as we will keep the revs under 10,000, probably around 9500, instead of buzzing it to 11,000. This means we will really only need to run the lash on the valves between rounds,” Matt says. “Having said all that, if we need to step it up at various meets to be competitive, we will. For now, we just want to get it down the track and pull the pan off the engine every meet to make sure everything is happy.”

The car is surprisingly light, weighing only around 2850lb in full race spec, so it should be a good ride. 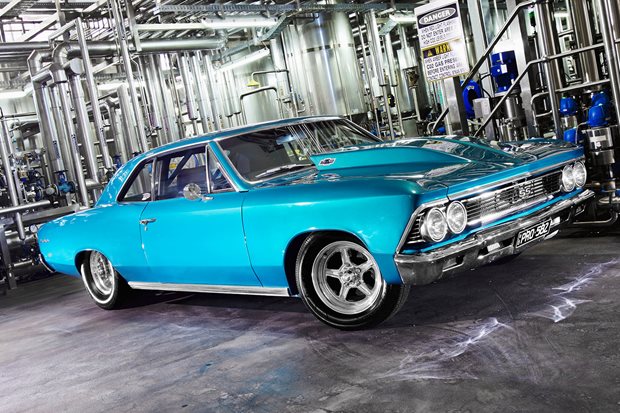 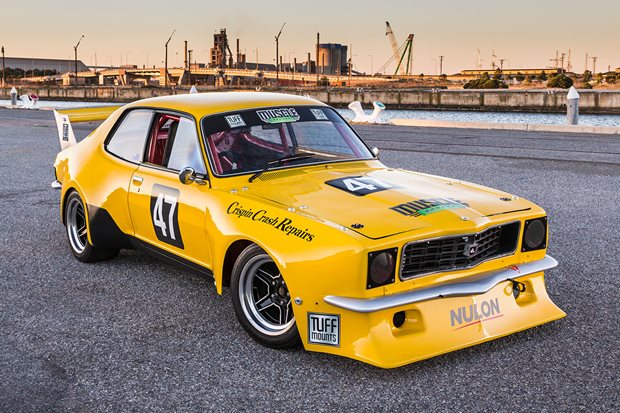 Outrageous stance and a mid-engined 265 Hemi. This is why vintage Sports Sedans rule 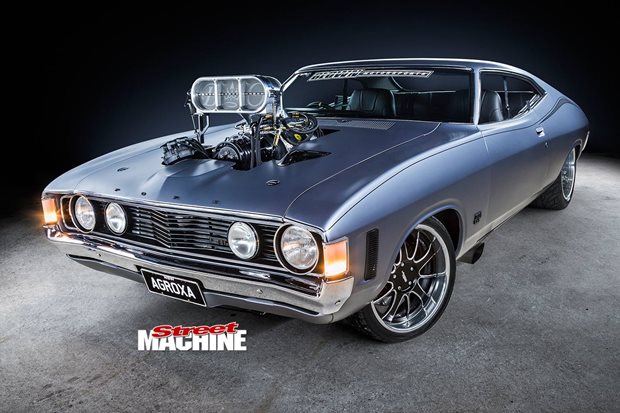