This article was first published in the March 2014 issue of Street Machine.

THE sort of purist who gets their jollies examining compliance plates and proudly reciting trim codes by heart is likely to be very upset by Michael Galeski’s GTS Monaro. And if any such bloke happened to witness the car dusting a set of tyres at Powercruise, complete with its slammed, airbagged stance, fat 20-inch billets and 6/71 blower proudly protruding from the bonnet, he’d get his knickers in quite a tangle indeed. 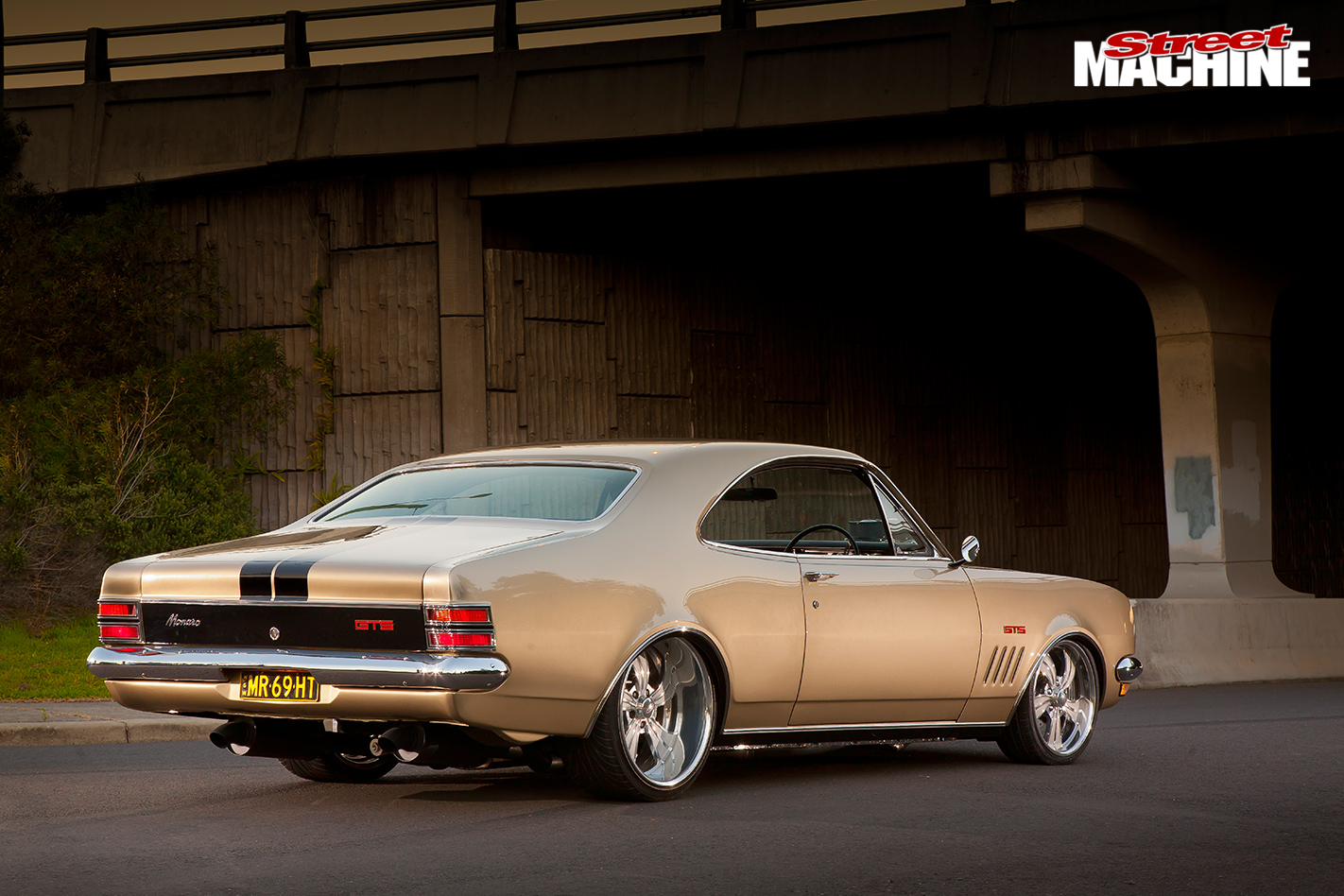 However, look closer and you begin to realise just how conscious Michael is of this car’s historical significance, and how sensitive he’s been to the original offering, despite what outwardly appears to be a full-on Pro Street build. The body and paint, for example, are completely standard – and, yes, the colour matches the paint code on the tags – and the interior has been restored to factory specifications, aside from a custom gauge cluster and Hurst shifter.

Those 20x10in Intro billets and 275/40/20 hoops slotted in without so much as a finger having to be laid on the Monaro’s sexy rear quarters, or the inner arches for that matter. The standard rear leaf configuration remains, with a Ford 9in replacing the factory diff and the AirRide Shockwave bags simply bolting in place of the factory shocks. The front end required slight modifications in order to accommodate the airbags, but that can be replaced with a stock unit in a heartbeat. 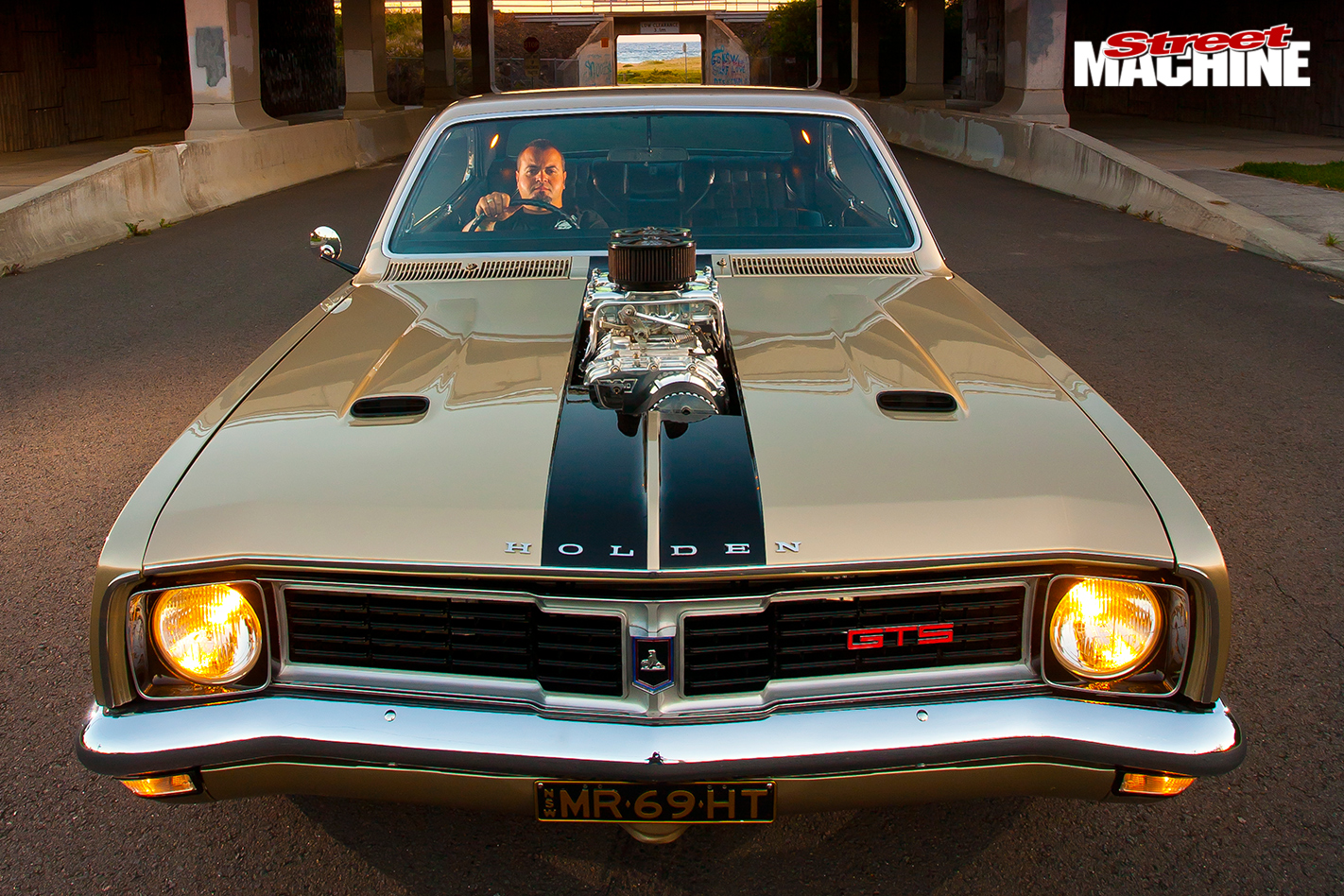 The only modification to the car that can’t be reversed with little more than a handful of spanners is the beautifully crafted flat firewall, but that’s merely a skin welded over the top of the standard sheetmetal, which remains unharmed underneath. Should Michael ever decide to return the car to stock, it’s well within the realm of possibility, but we’d really rather that he didn’t. 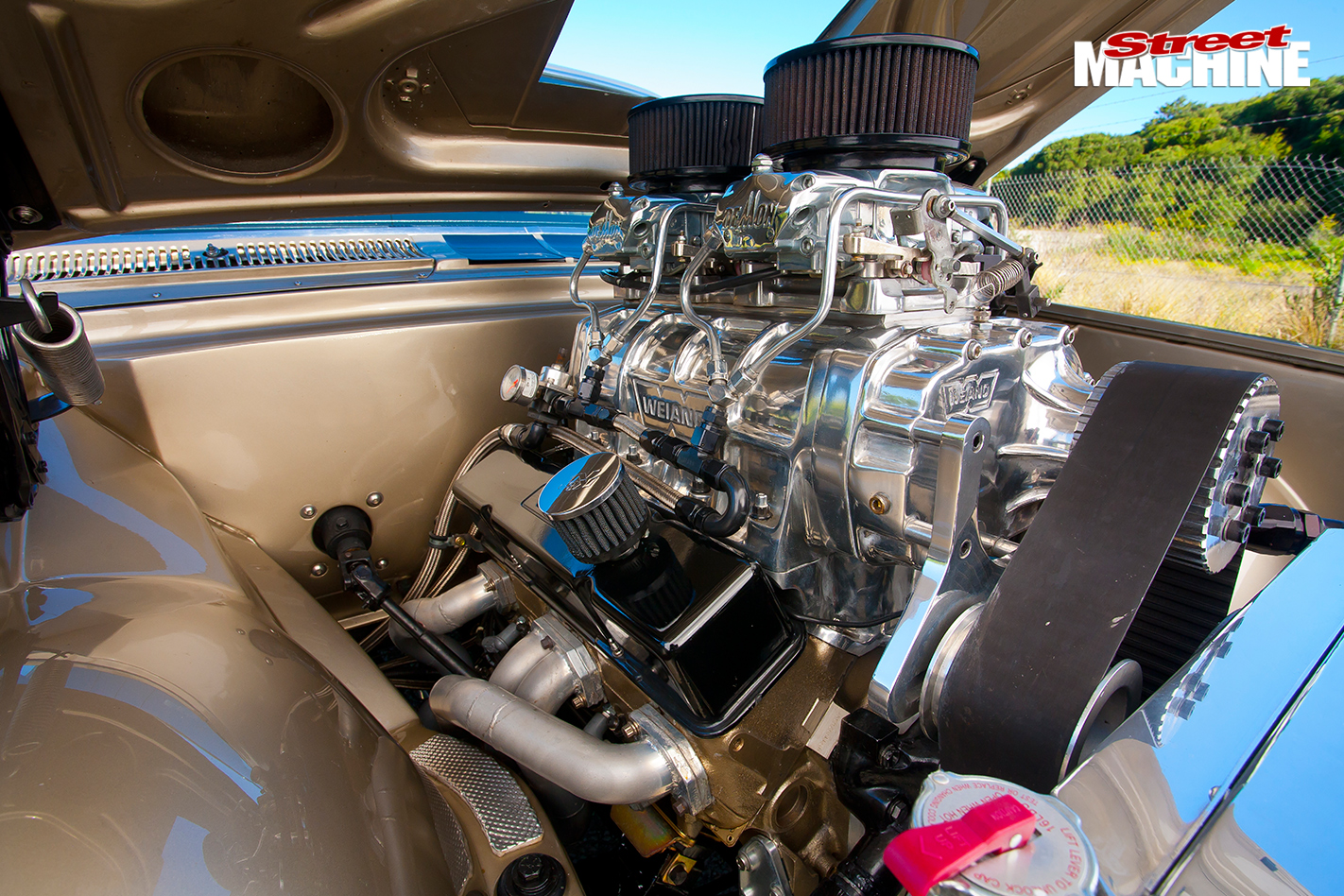 It might be the product of a five-year build, but the Monaro was already in pretty good shape when Michael came to own it: “When I bought the car, it had an LT1 small-block in it and the body and paint were good. It was a nice, clean car. I ran nitrous and raced it, but ended up hurting the motor. I’d always wanted a blown car and I thought it might be an opportunity to do something with the Monaro. My mate Raff was keen to do the bay, so he and I got stuck into it.”

Michael originally sourced a big-block that he planned to top with a blower, but because the car was to be used primarily as a street car, he decided that a boosted big-block was probably overkill. Instead, Aaron from Advanced Performance Machining whipped up a rock-solid small-block that makes 650hp and 600ft/lb on pump gas and hasn’t missed a beat. Scat crank and rods team with Arias forged slugs to deliver a 383ci displacement, while the heads are ported cast Bowtie items. The 6/71 Weiand pump and twin 750cfm Demon carbs crown the motor, which is backed by a transbraked, reverse-pattern Turbo 400 with a 4400rpm TCE converter. 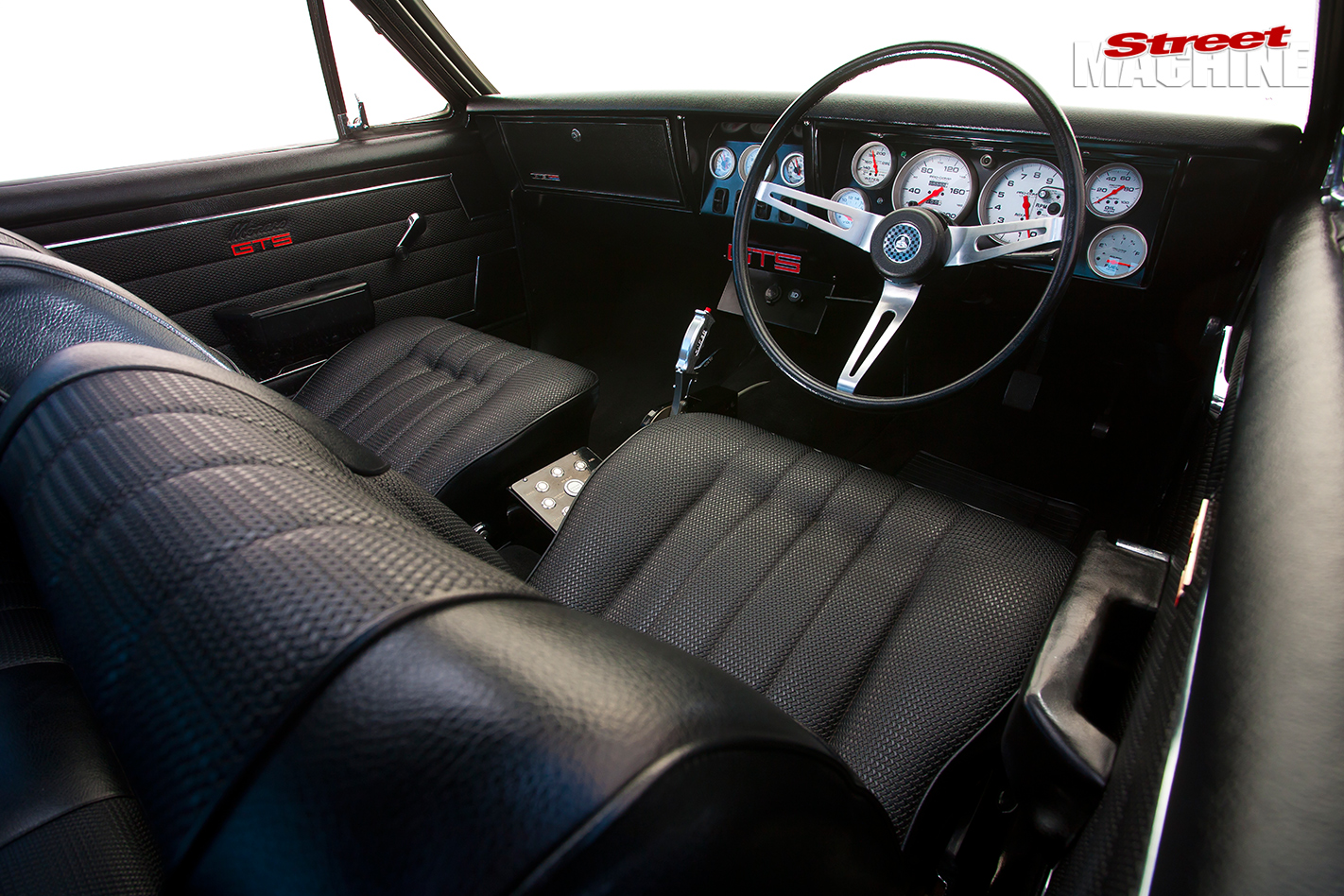 The body and paint restoration was carried out by Michael’s mates, Terry and Johnny. As for the colour choice, it was a pretty straightforward decision: “I wanted to go with the original colour because I wanted that Aussie muscle look, but with a difference. It makes people look twice because it blends in with other colours on the street, but being an HT GTS there’s no need to paint it a bright colour, because the tough shape does all the talking.” 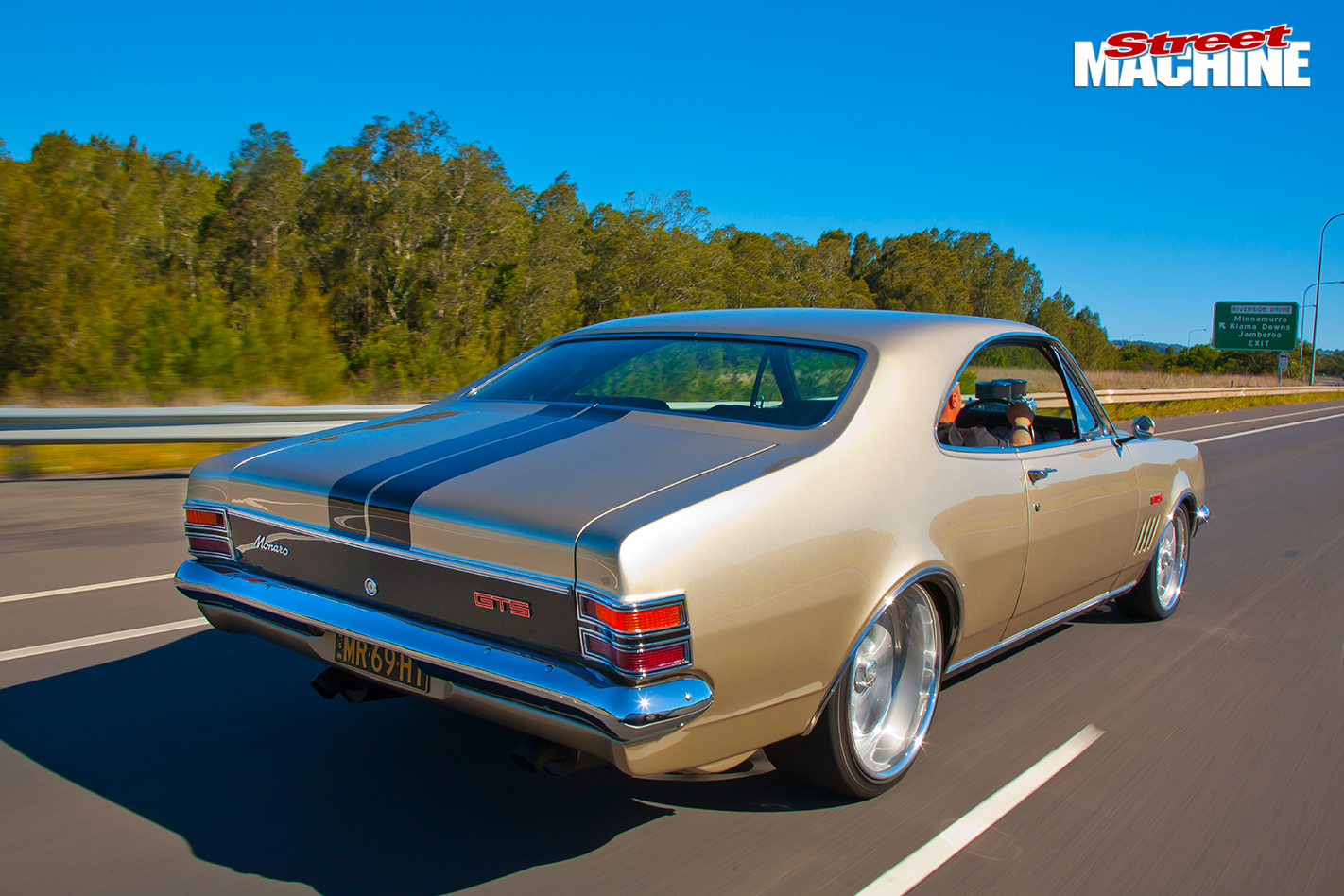 Final assembly was handled by quick street-car guru Simon Kryger, and fellow NSW south-coaster Dave Cornford gapped all the panels and took care of some other fiddly jobs.

The interior has essentially been restored to stock by P & L Quinlan Auto Upholstery, with the exception of the door trims, which were sourced from Rare Spares. The base of the rear bench is still original, such was the quality of the car before the build started. One of the few modern concessions – the Autometer gauges – was made out of necessity rather than by design: “I really wanted to run stock gauges, but there were clearance issues with the Wilwood pedal box, and the aftermarket gauges were a lot shallower.” 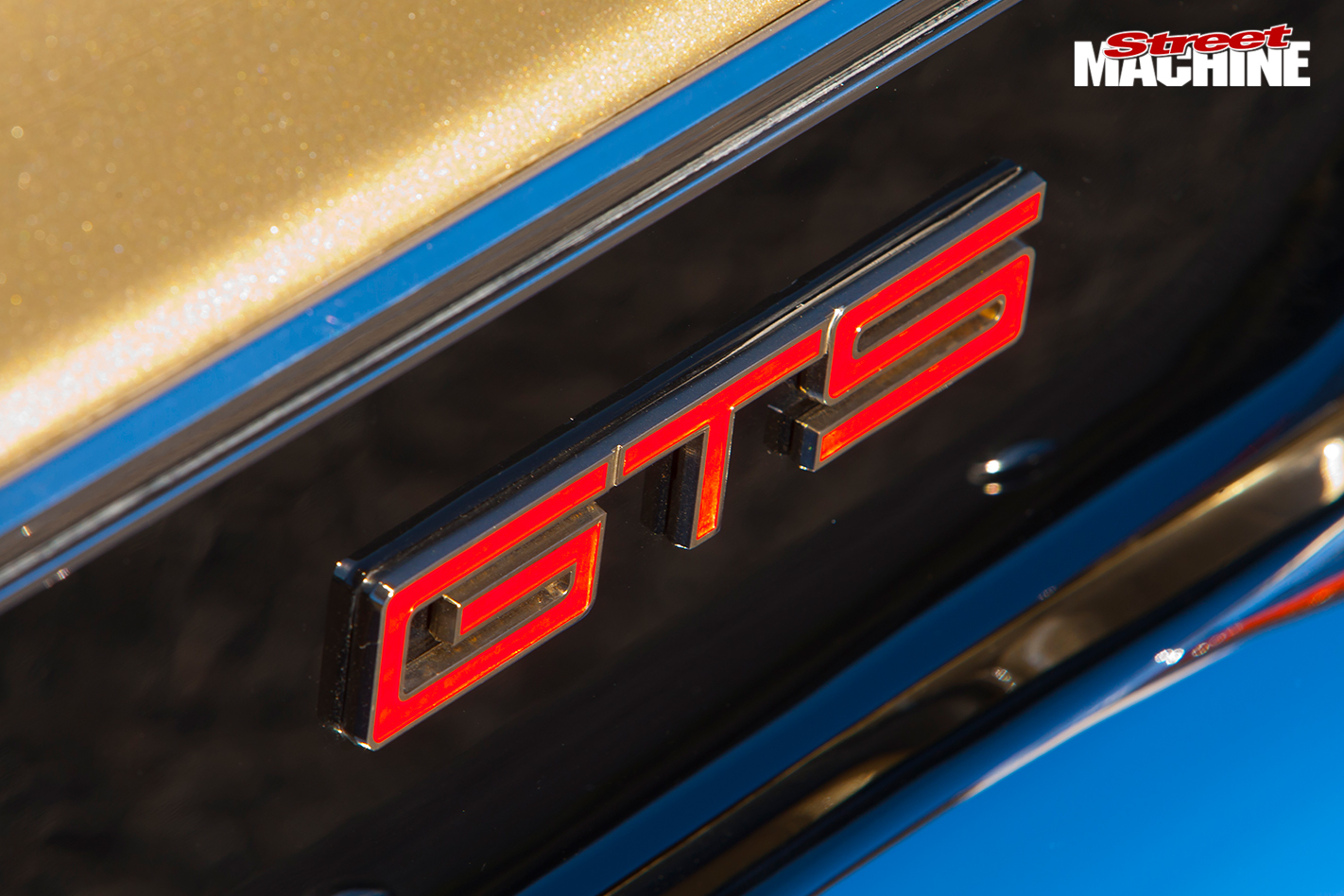 The interior and boot are insulated with Dynamat to make the car more comfortable for cruising, which is what Michael likes to do with the car more than anything else. “I try to get it out as much as I can,” he says. “It’s nothing to take it for a cruise a couple of times a month and drive it for four or five hours straight. I’ve already driven the wheels off it, used it in my wedding, taken it to Harry’s, Powercruise, Summernats and a few other shows, and won a good number of trophies, which is more than I ever set out to achieve. One thing I really want to do is drive the car across the Harbour Bridge.”

The blower is yet to herald any unwanted attention from the fuzz, but in the event that it does, Michael plans to switch to an underbonnet blower with a scoop to allow him to continue enjoying the car on the street. Other than that, a trip down the quarter might be on the cards. 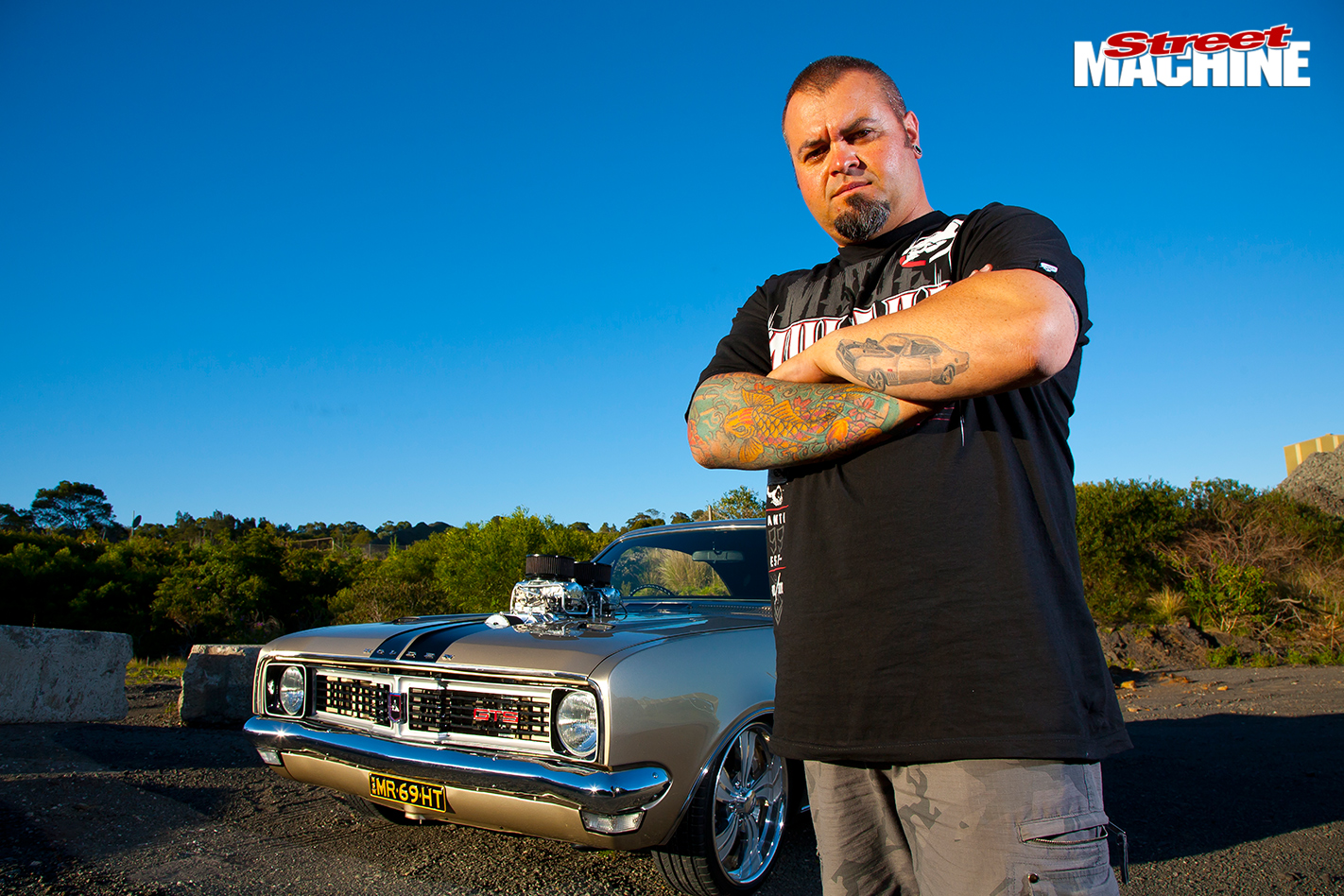 “I used to race it before I rebuilt it and I’m keen to have another go, but I didn’t want to put a cage in the car, so that makes it hard. I absolutely thrashed it at Powercruise and it was perfect. I didn’t know if it was going to be stable with the bags, but it just stays nice and straight. I’m happy with how everything came up, but the main thing was that I didn’t want to take the original look away from it. I’d love to take it to Heathcote and have a crack down there, but ultimately I just want to keep cruising.”