A BLOWN Torrie is one of those fair dinkum Aussies you can’t help but love. Like wombats; they might not be your favourite animals but they’re uniquely Australian and just make you smile whenever you see one. 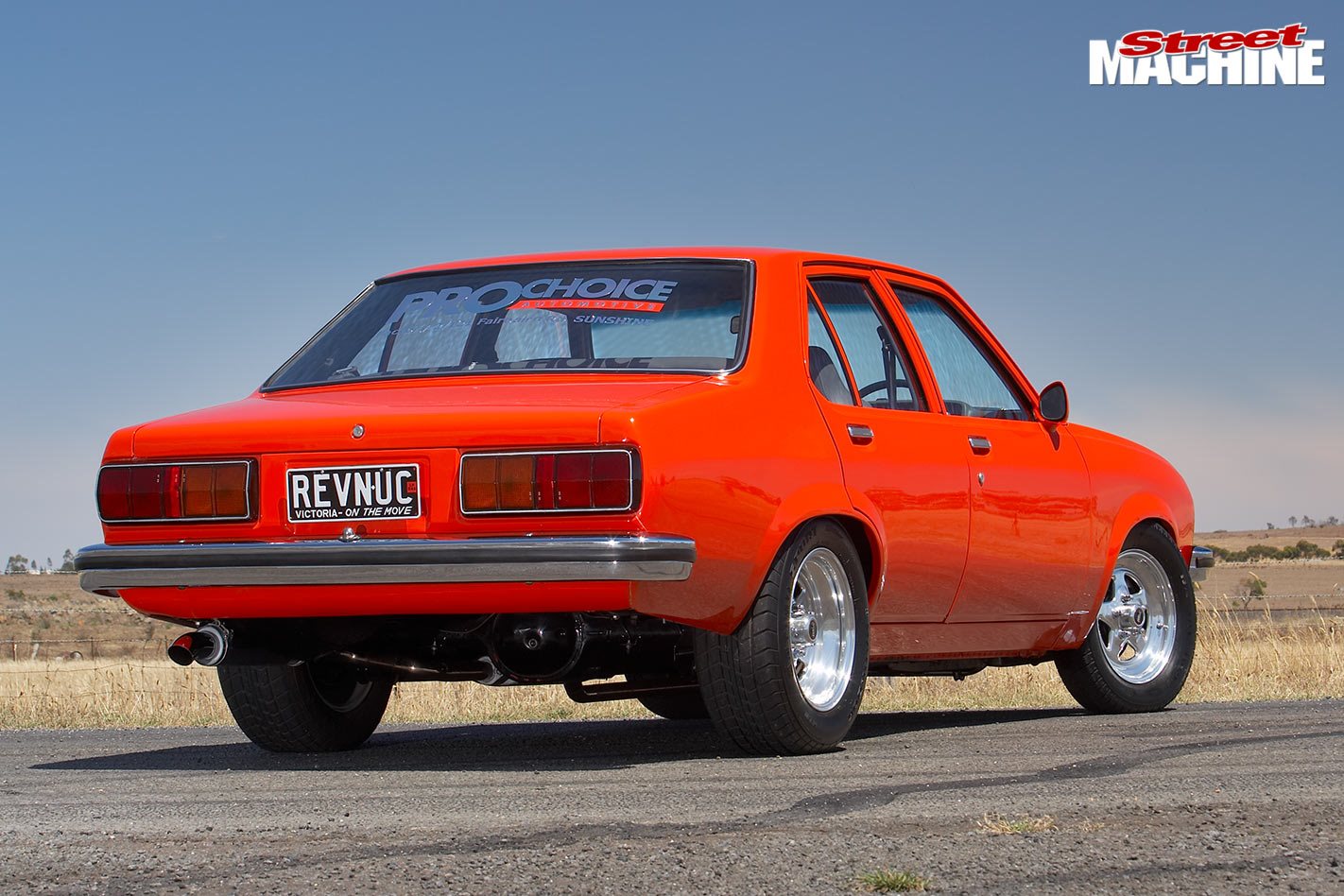 Of course, getting excited about a Torana is a hell of a lot easier when it’s as well turned out as 28-year-old Paul Laferla’s immaculate 1980 UC. There’s a long history to REVNUC: “I bought it at 15, learned to drive in it with Mum sitting next to me. I took the UC right back to bare metal in the shed at home. I used to go out with my mates on the weekend then come home at 2am and start working on the car; I wanted it to be perfect.” 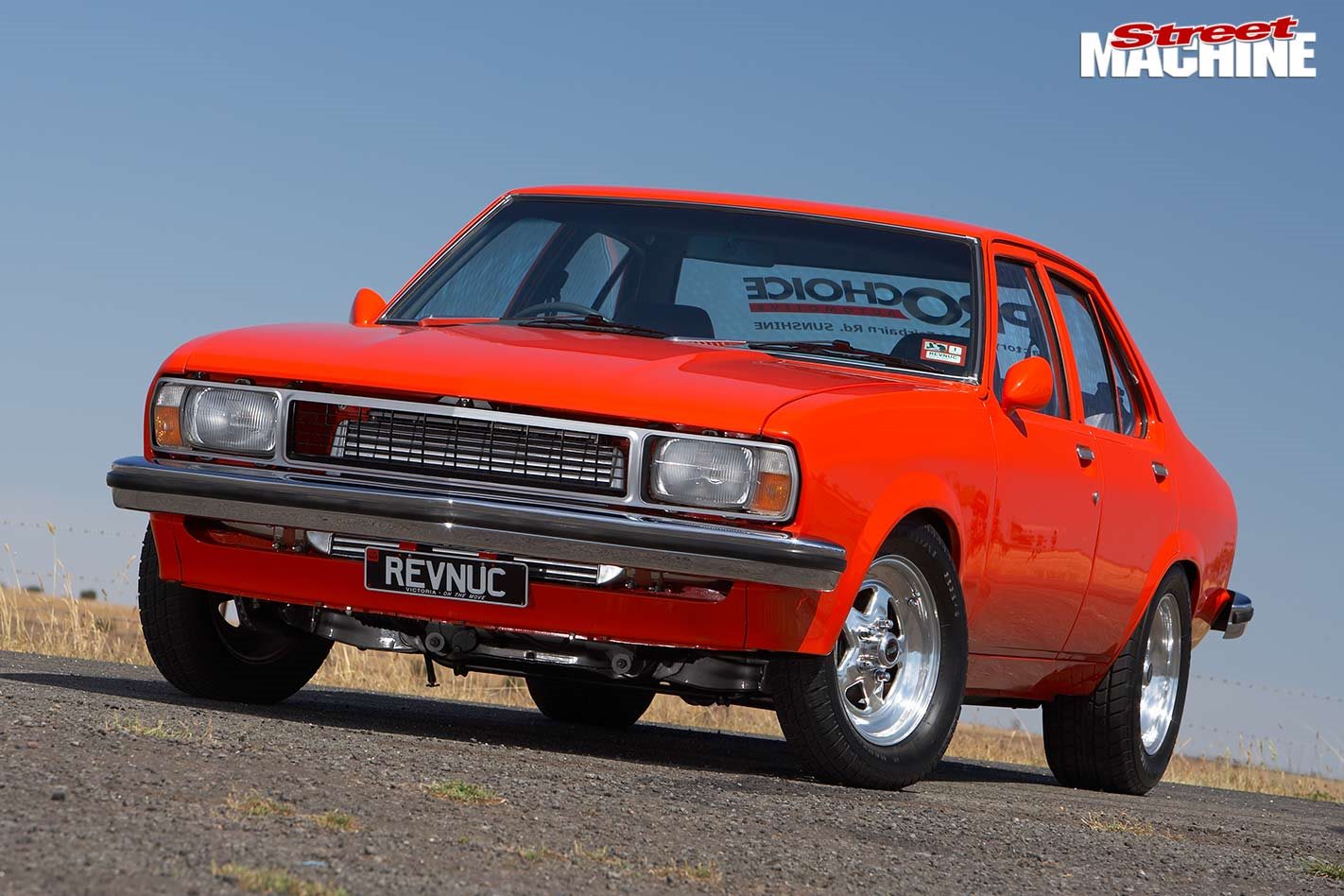 But there’s a bit of a twist to this Australian story. You see, under the bonnet Paul’s had a little help from the Land Of The Rising Sun. There’s still 186 cubes of straight-six Holden cast iron sitting between the chassis rails but Paul’s taken an increasingly common approach in bolting on a Toyota SC14 supercharger. While most such conversions are about achieving a small extra bang for minimal bucks, Paul has taken the concept a step further, incorporating a front-mount intercooler, strong motor and lots of fabrication. The result? With a 13.4@97mph timeslip running on street tyres, REVNUC has the balls to embarrass just about any factory HSV on the road. 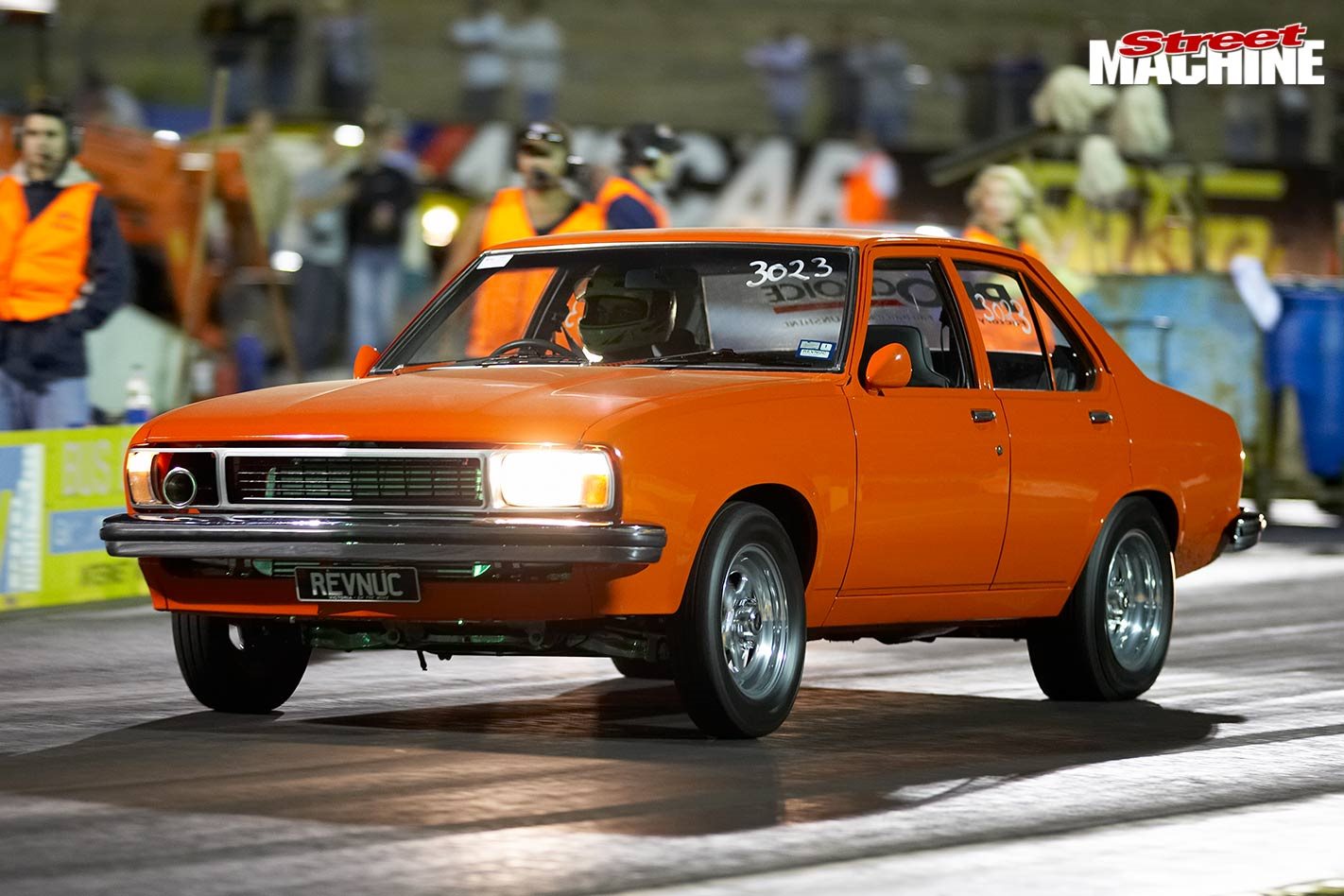 And being a spanner-twirler by trade — the UC is a rolling advertisement for his garage, Prochoice Automotive in Victoria — this was never going to be some half-baked effort. As the accompanying pictures testify, from fender to fender this baby’s been built with meticulous attention to detail. But let’s start with the donk. 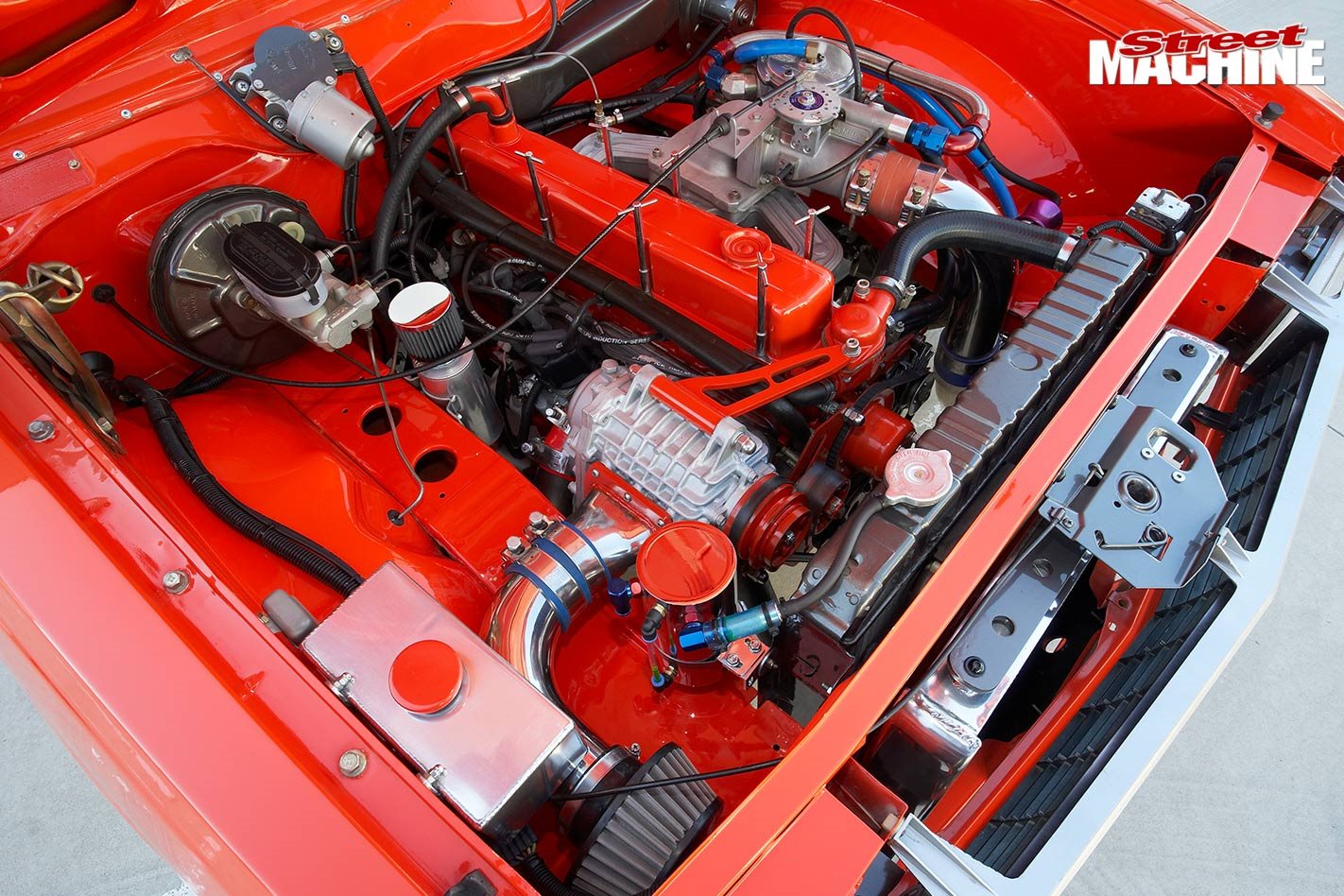 Right from the word go, this engine was built for reliability on a diet of high revs and some serious strip time. With that in mind, Paul spent some money in all the right places without going crazy. ACL dish-top pistons swing from Crow chrome-moly pushrods, while ACL Race Series rings and bearings keep things pumping away smoothly. Conrods are shot-peened Starfire items. Hydraulic lifters were installed for high-rev reliability, on top of Torana XU1-spec valves. A Wade custom-grind cam spins up top and gives REVNUC an idle lumpier than a bat to the head. 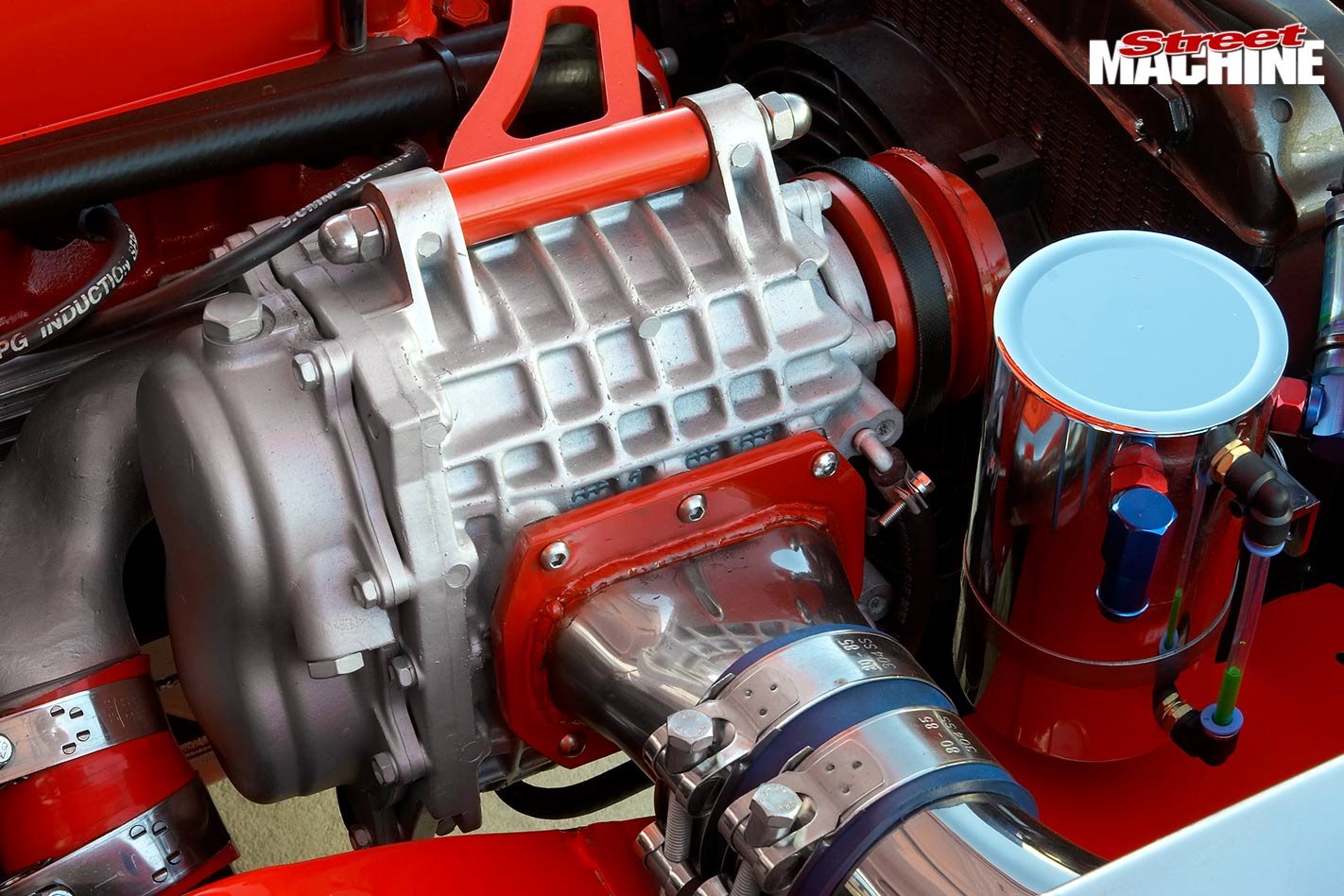 The ported and polished open-chamber heads were prepared by Southside Cylinder Heads while Paul fabbed the inlet manifold and intercooler pipework. A CRS under-driven pulley allows the blower to pump upwards of 10psi, with excess boost dealt with via a beautifully finished Turbosmart blow-off valve.

LPG is pumped through a GRA carburettor. Spent gases are sent south via extractors and a 2½-inch mandrel-bent exhaust, and spat out through a three-inch stainless steel dump pipe, along with the kind of flat-out nasty exhaust note that’ll turns more heads than Pamela Anderson getting the twins out on George Street. 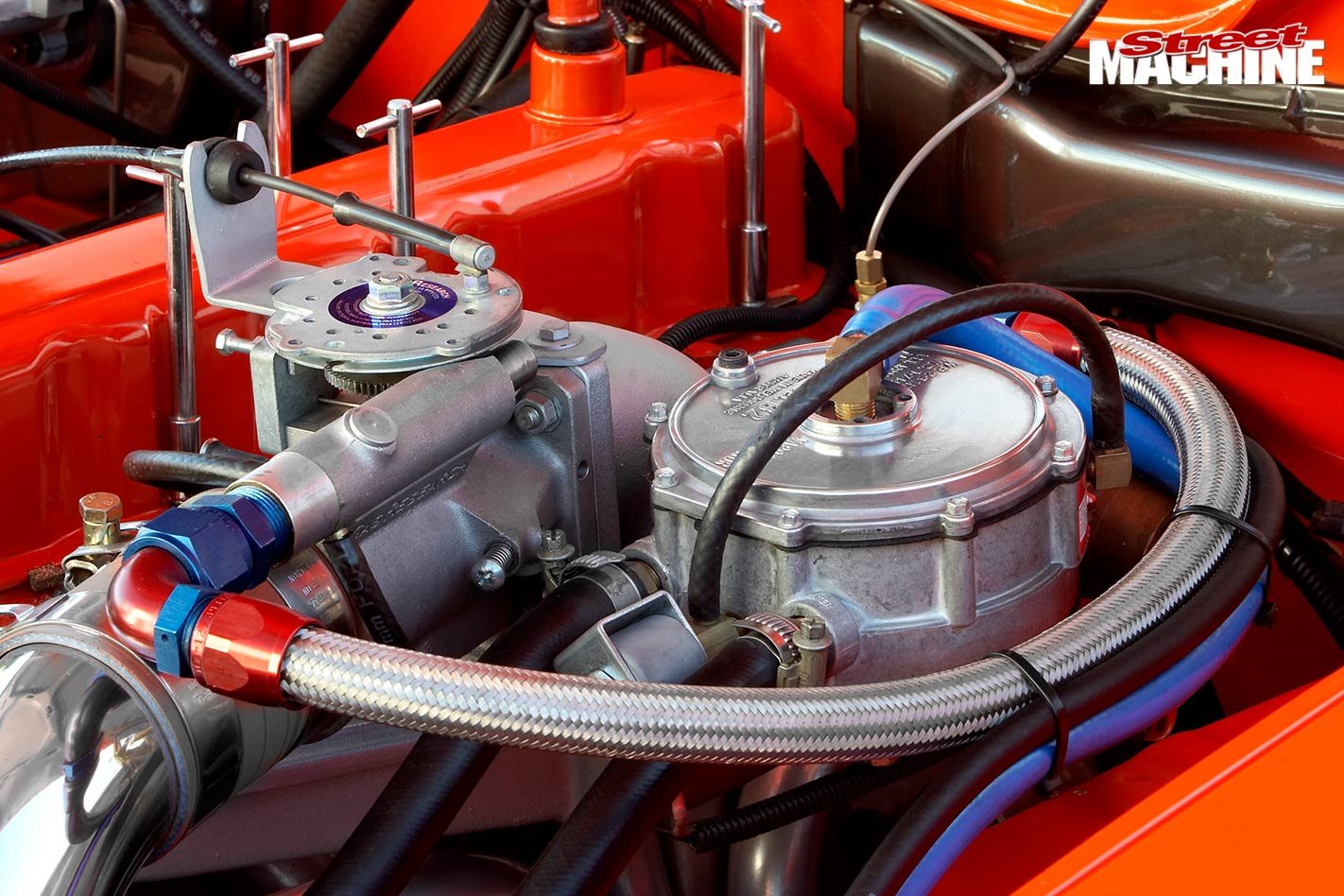 With an estimated 280hp at the rears, such a well-sorted powerplant needs a transmission up to the task and there’s no worries with that here. A manualised Trimatic ’box does the shifting, while it’s a bit of a hybrid out back: an 8¾-inch Mustang differential running 3.9:1 gears and a mini-spool is fed by a two-piece VL Commodore tailshaft. A 2800rpm stall converter gets the revs up.

All the panel and paint work was handled by Paul. Paint is off-the-shelf Bright Orange. 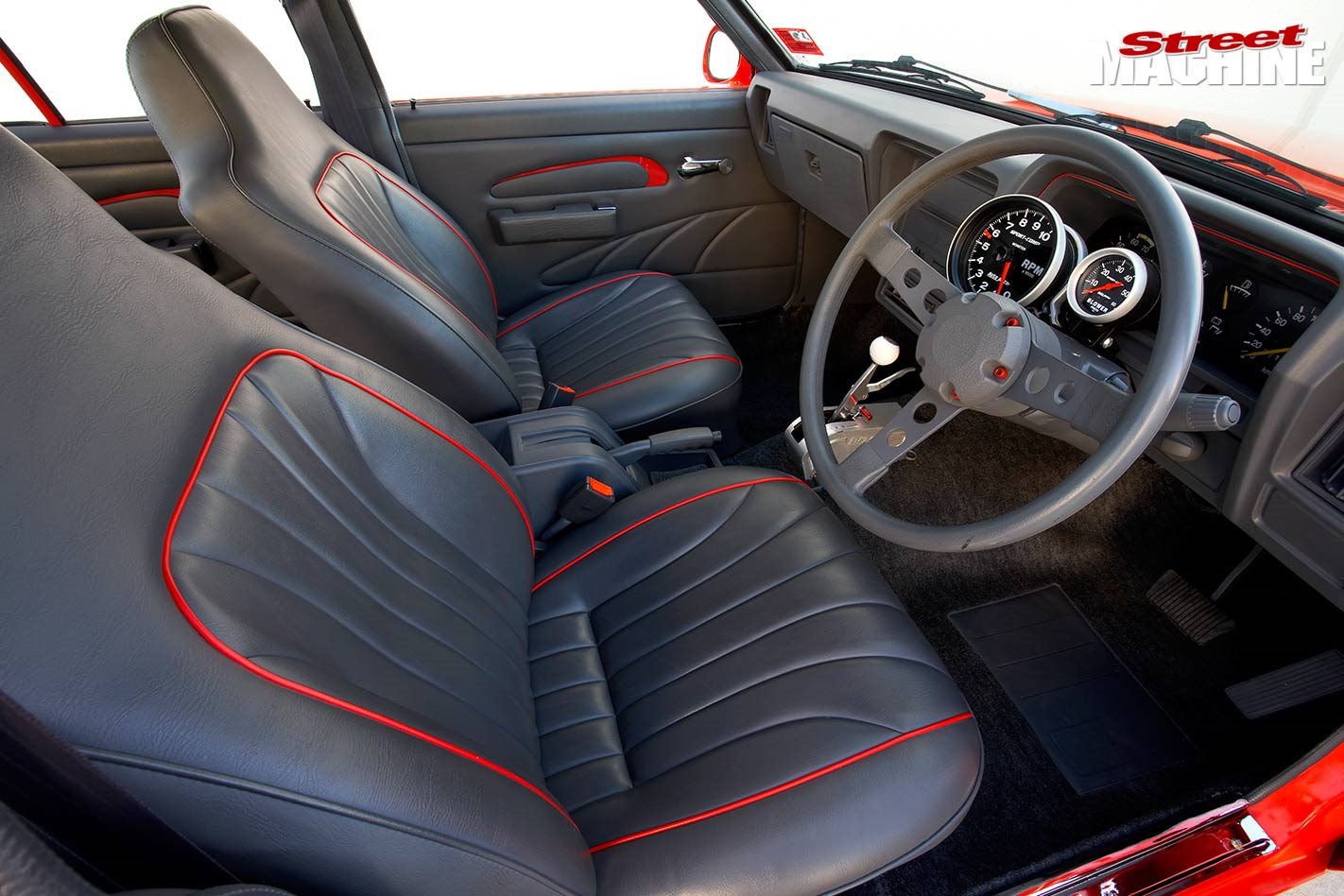 Inside, everything is original bar the Torana SL/R dash. The tasteful leather retrim is the handiwork of Pat Mesiti at Sunshine Motor Trimmers.
Sometimes less is more, eh Paul? 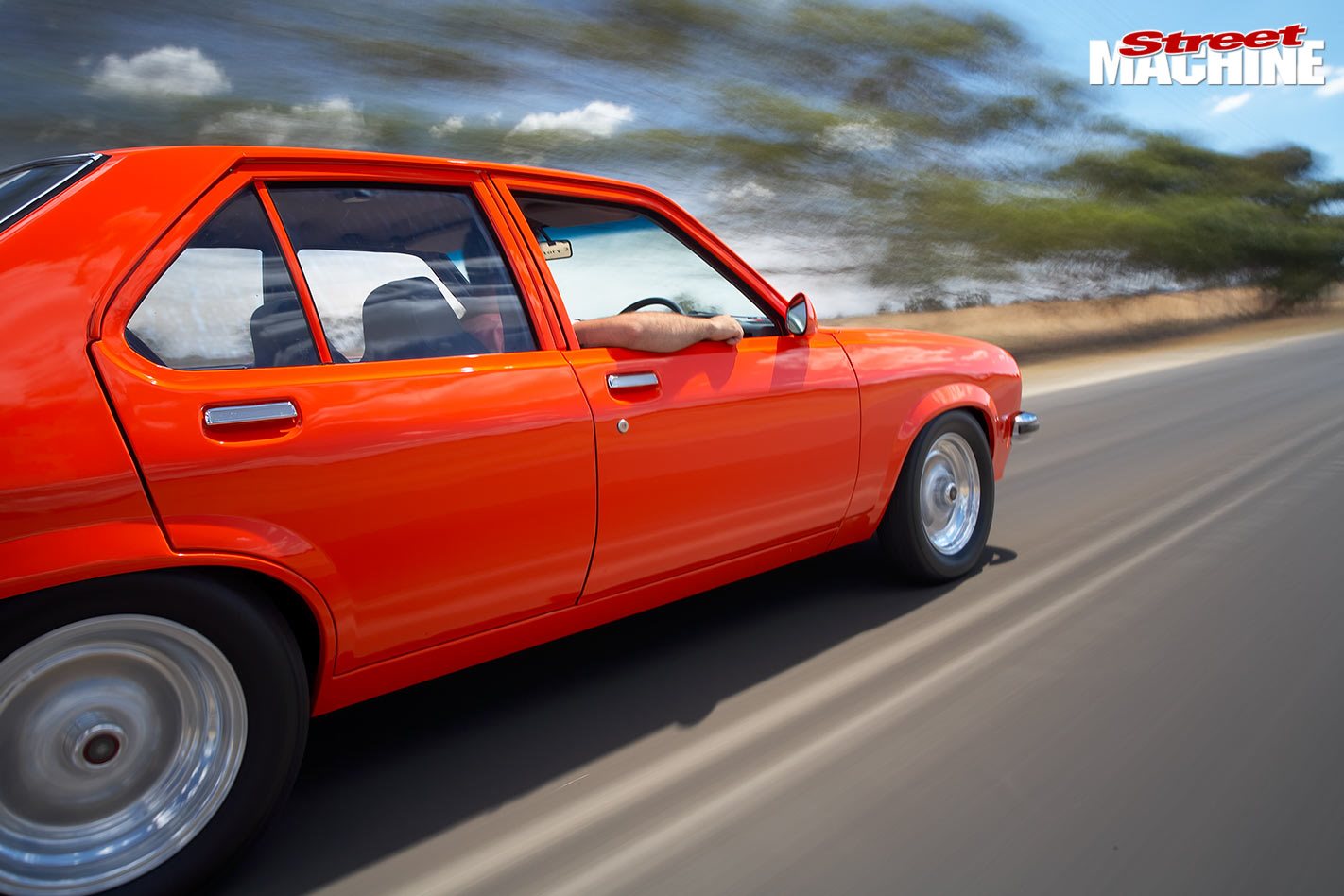