As a young bloke with a new V8 VK, Matt was no stranger to the local highway patrol. Now with a supercharged LS3 they can't catch him

WHEN the cops just don’t like you, whaddya do? Buy a Camry? Matt Smoors from Melbourne would look at you funny if you suggested that to him, even if he has
over the years donated to the state coffers enough money to buy Calder Park. 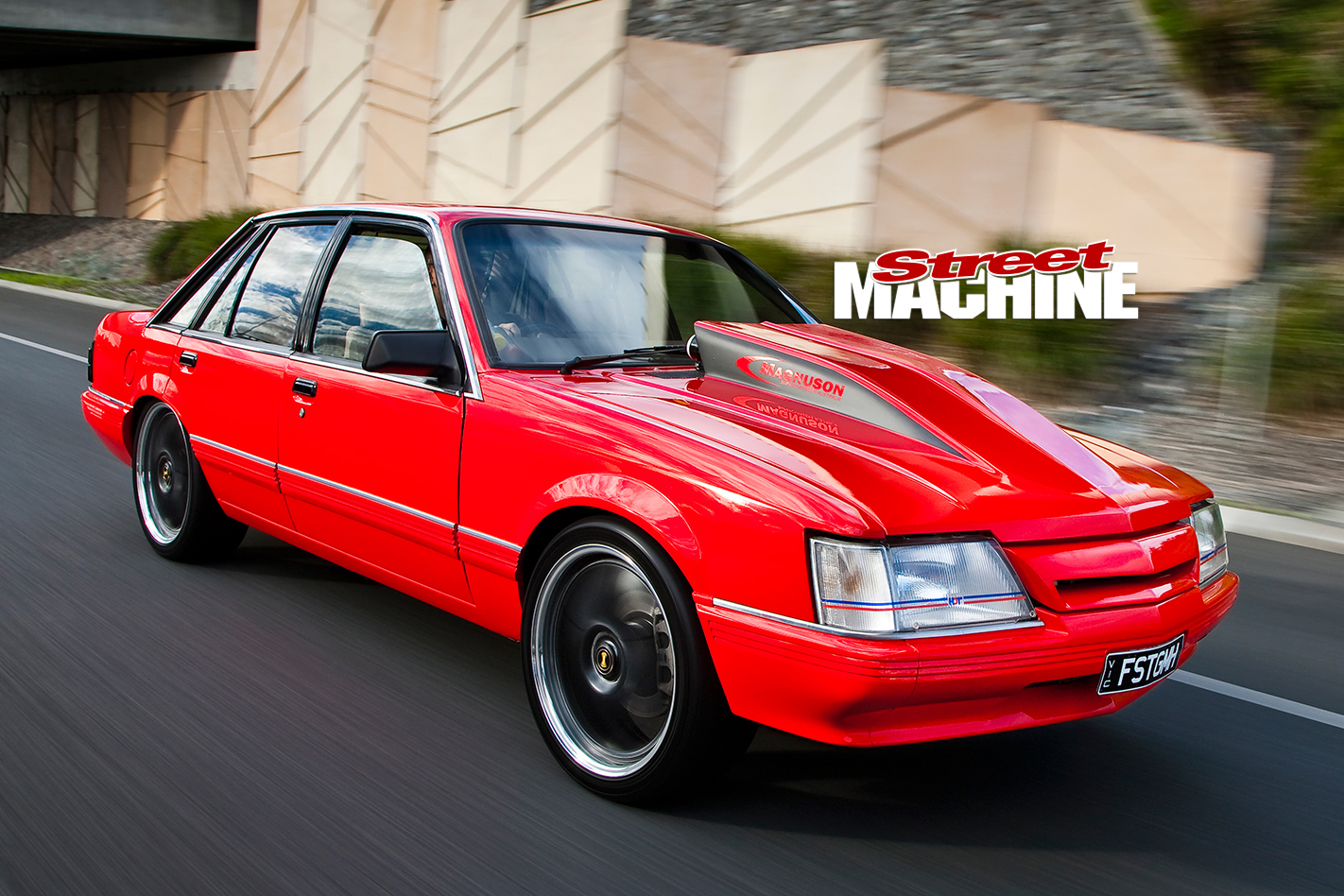 He’s had this nutso VK for 13 years, buying it as a P-plate fun machine when he was 17 and gradually transforming it to this blown LS3 drag strip beast that was having prepped for a 9sec run. It’s a result of many years of dedication to the car and work done at VCM Performance where he works as a performance consultant, which is like a vampire working at the blood bank! 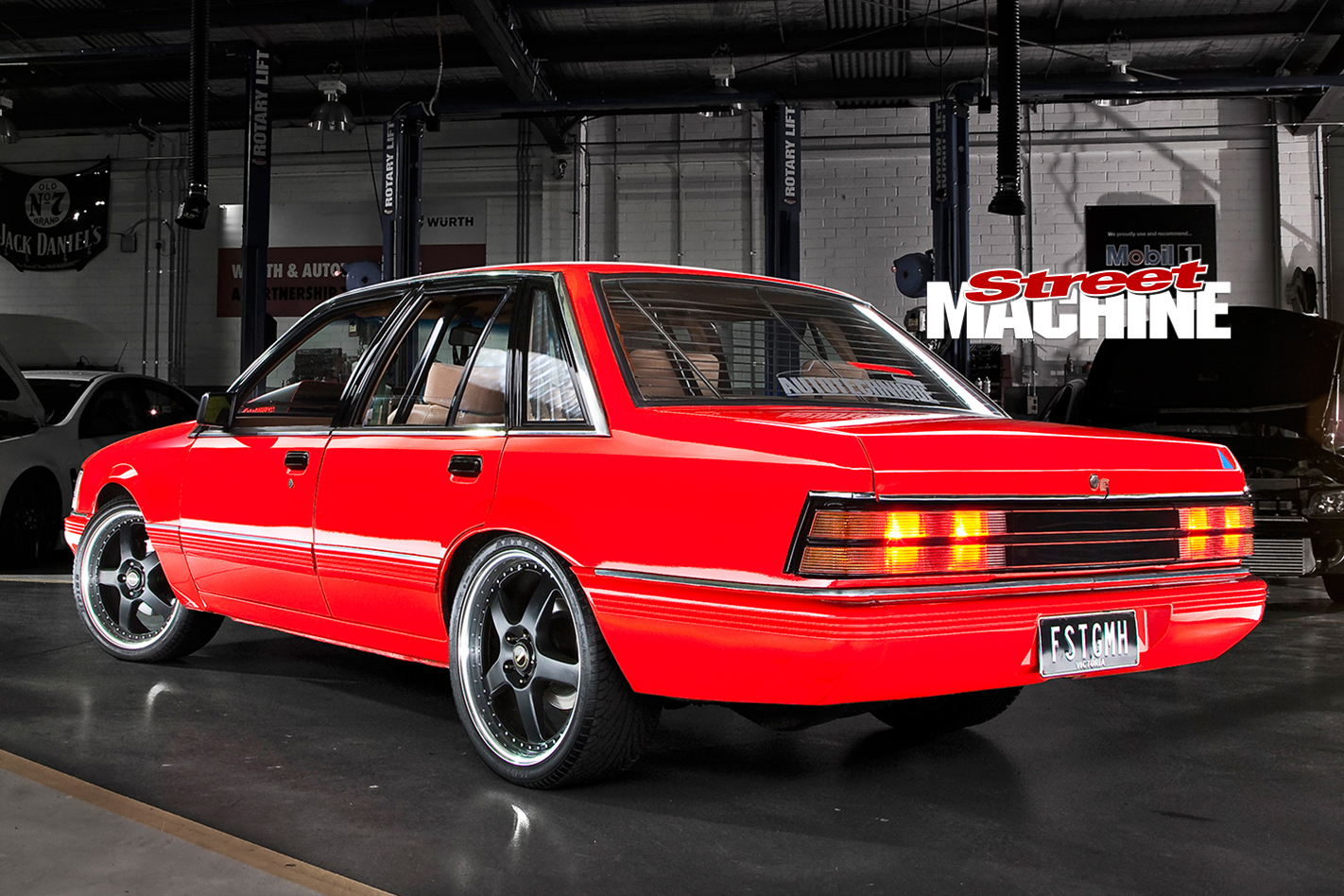 In the beginning, after looking at over a dozen prospective cars, 17-year-old Matt settled on this red VK with a 308, M21 and 12-bolt diff. There began a love affair, one that was not looked upon kindly by the constabulary, Vic Roads or the EPA.

“I lost my licence for speeding for six months and the cop threatened to keep hassling me every day of my life ’til I changed the car or the engine,” he says. The car at the time had a 308 with a Turbo 350 and 2800 stally to go with a 9in. “Well, I wasn’t going to sell it so I sacrificed a heap of power and put a 253 in it – shit idea when I look back.” 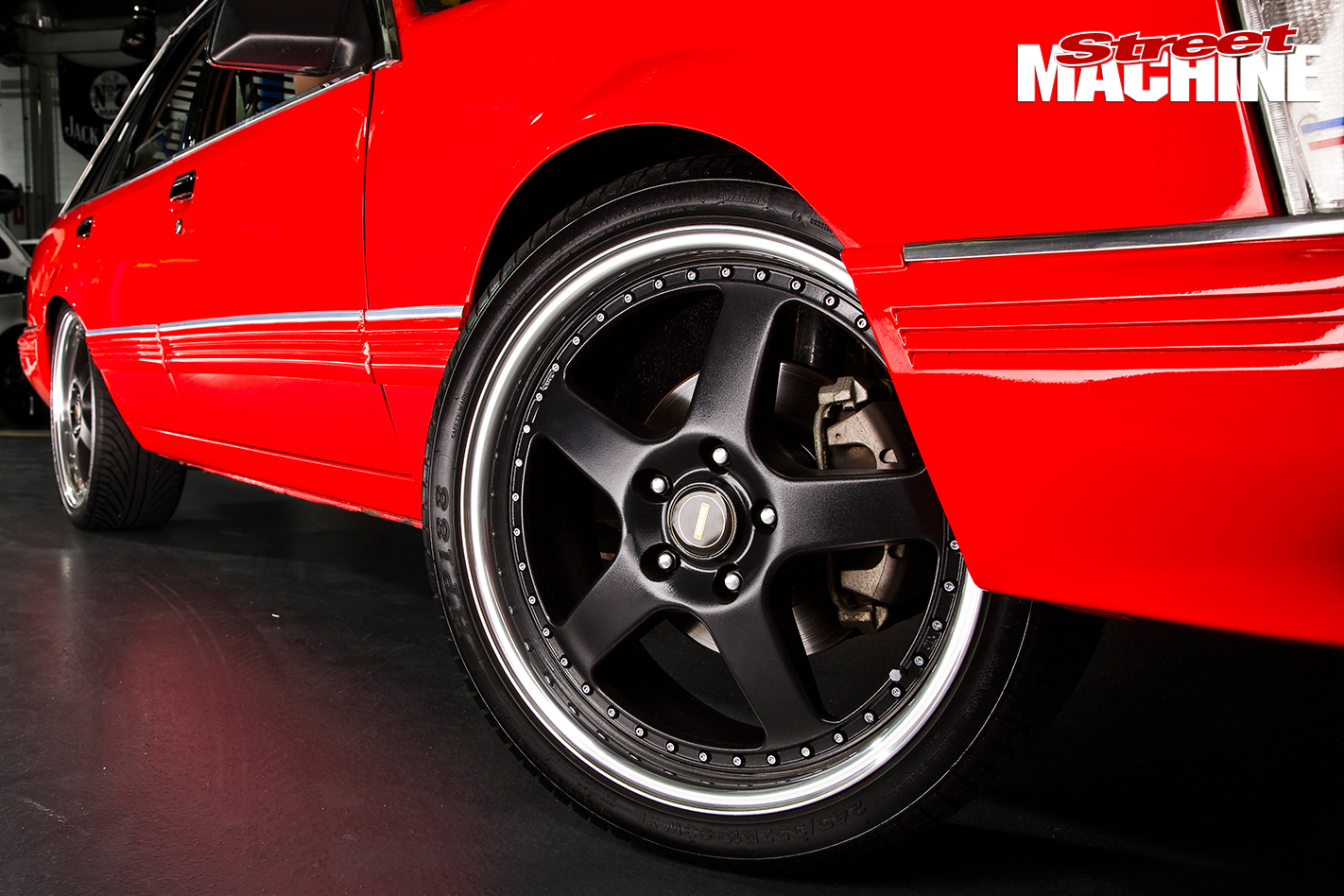 A series of combo experiments (and more fun with the law) achieved varying results from blow-ups to drag strip progress, but there was always the desire to hit a 10sec run on pump fuel. At one stage he picked up a 355 his mate was sick of spending money on, but inherited more problems than he bargained for – an incorrectly machined deck on the block and a twisted case for the auto. 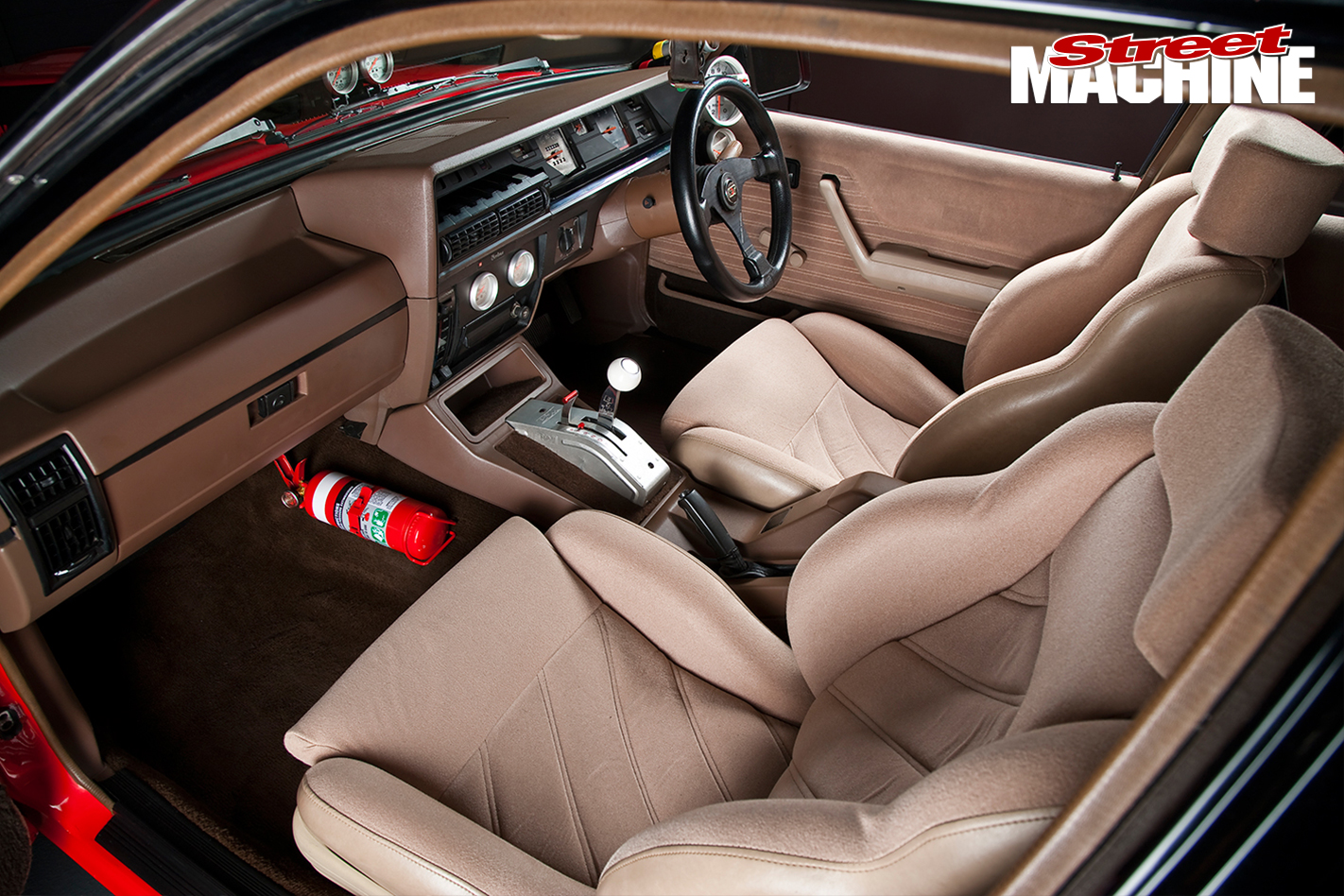 “The engine and trans should have been held in by wingnuts they were in and out so often!” But they got it sorted and then in 2008 managed a 10.96 after hitting the event scene, including Powercruise where appearance is as important as performance.

“I thought I had the worst looking car there,” he said. “It wasn’t the slowest but it was the worst to look at. So me and the boys stripped the car to a bare shell and sent the car to Hi Gloss Bodyworks with help from Dale from Wards Bodyworks it came out with the finish that is on it today.” 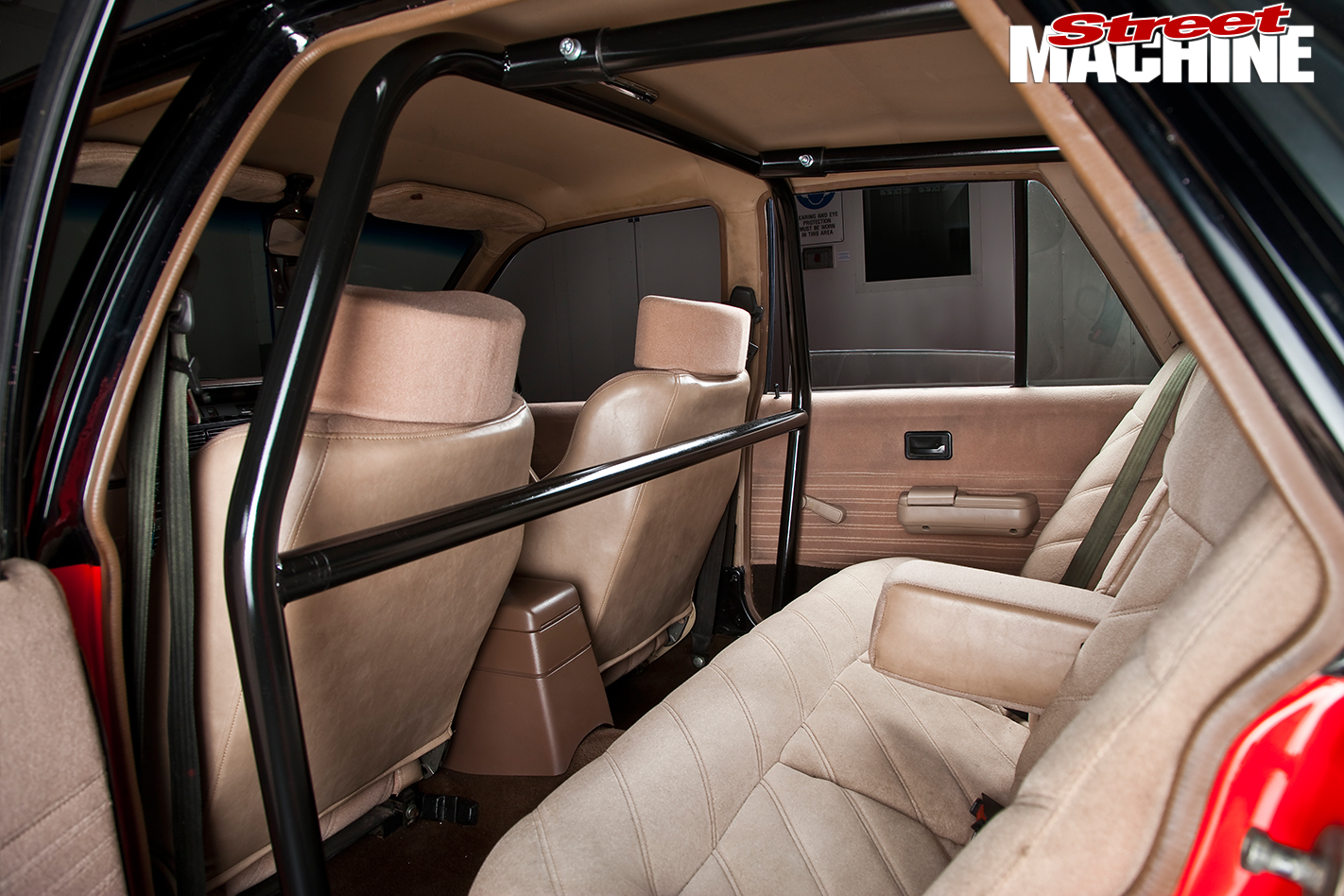 It’s the same colour scheme as when he got the car, which was ironically his least favourite thing about it. “I hated red cars and brown trim but 11 years later I have a red car and brown trim!”

A few more performance tweaks and the car dipped lower into the 10s, until, given his work environment, it made sense to run an LS. He built up a stout 6.0-litre VZ LS2 and had Mario and Steve from VCM tune it up to spin 577hp on 98. 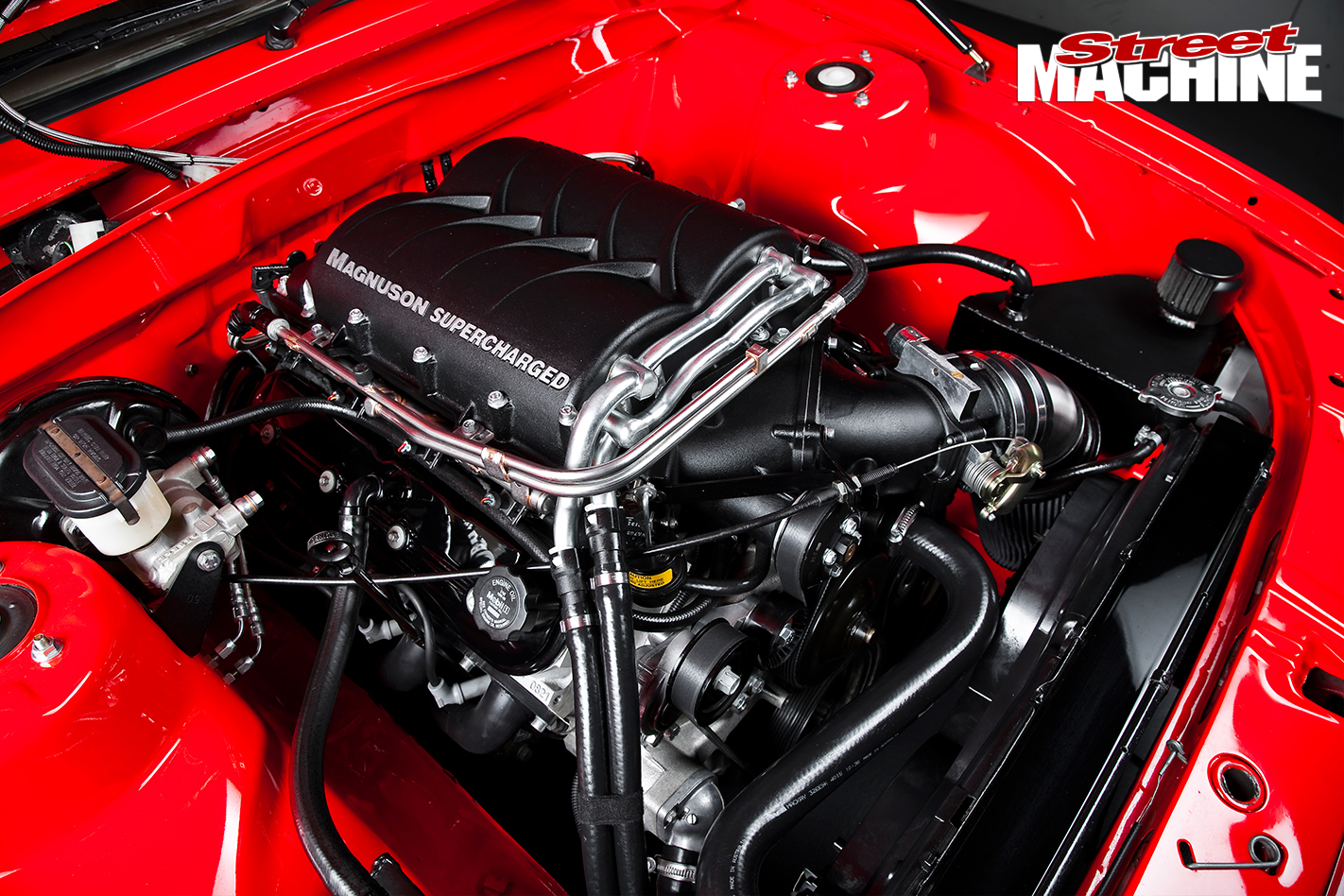 “It was back straight to the track for a 10.67 at 131, and kicked out from Calder for no roll cage,” he laughs. “It was decent improvement but still not as good as it could be, but being LS-based now there’s plenty of room to grow.

“I had the idea to fit one of the new Magnuson blowers and did a deal with work to buy one, along with the intercooler and Corvette blower snout. I did a trial fit on my engine at home, then Mario offered to let my use his personal 6.2-litre LS3! 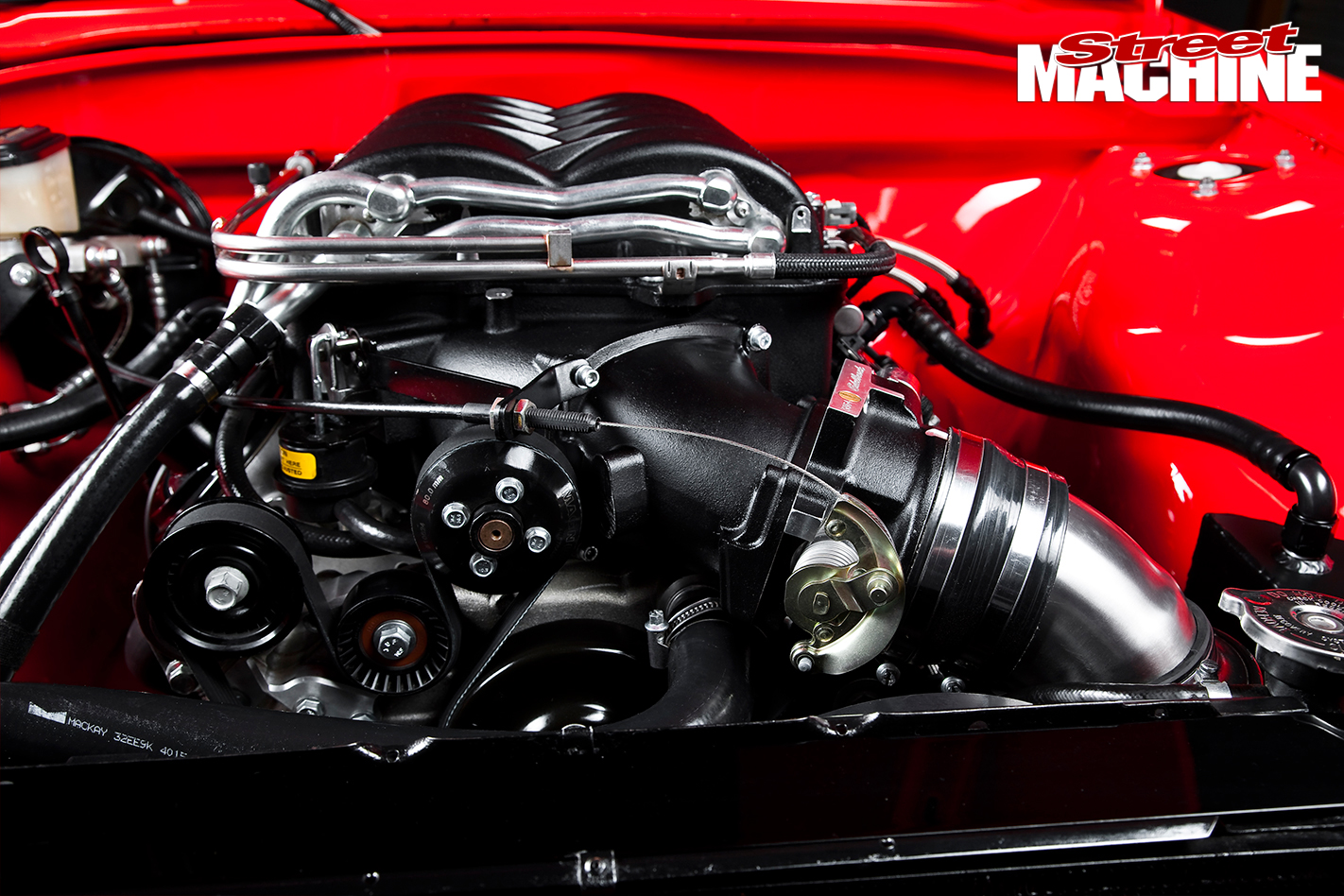 "It already had good rods, pistons and dual valve springs, and to get the car ready, I overhauled the fuel system with a VCM surge tank and twin 044s, Speed Flow fittings and a heap of teflon braid. A new 3800 TCE stall converter was set up for boost.” 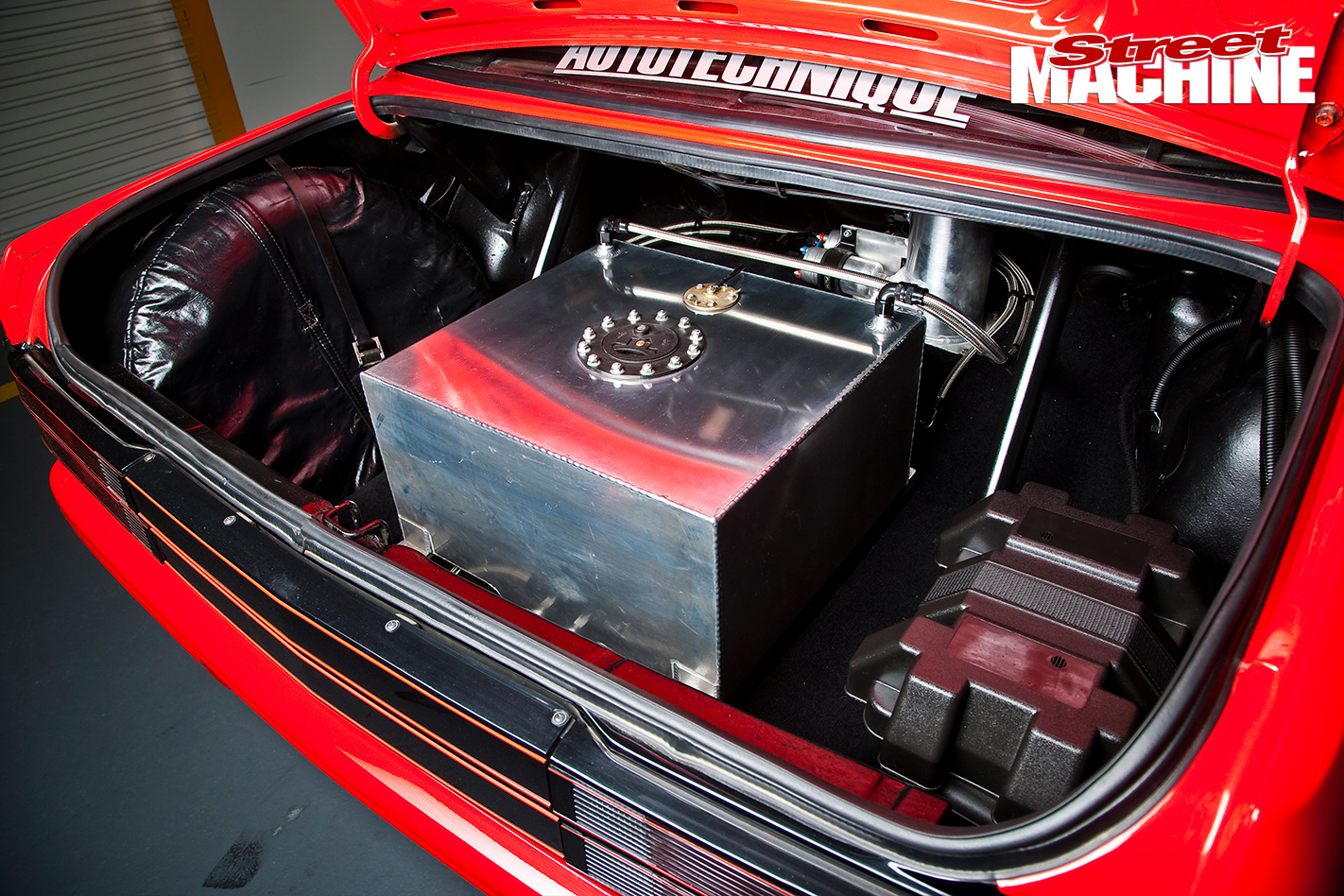 On E85, the combination makes a stomping 700rwhp and should have no problem powering the VK to Matt’s nine-second time slip. That will add to a handy list of achievements for FSTGMH in 2014, including Best VK at Geelong All Holden Day, Powerskid winner at Easter Car Mania and Best Engine Bay at Calder’s Powerfest. Understandably, Matt is stoked. 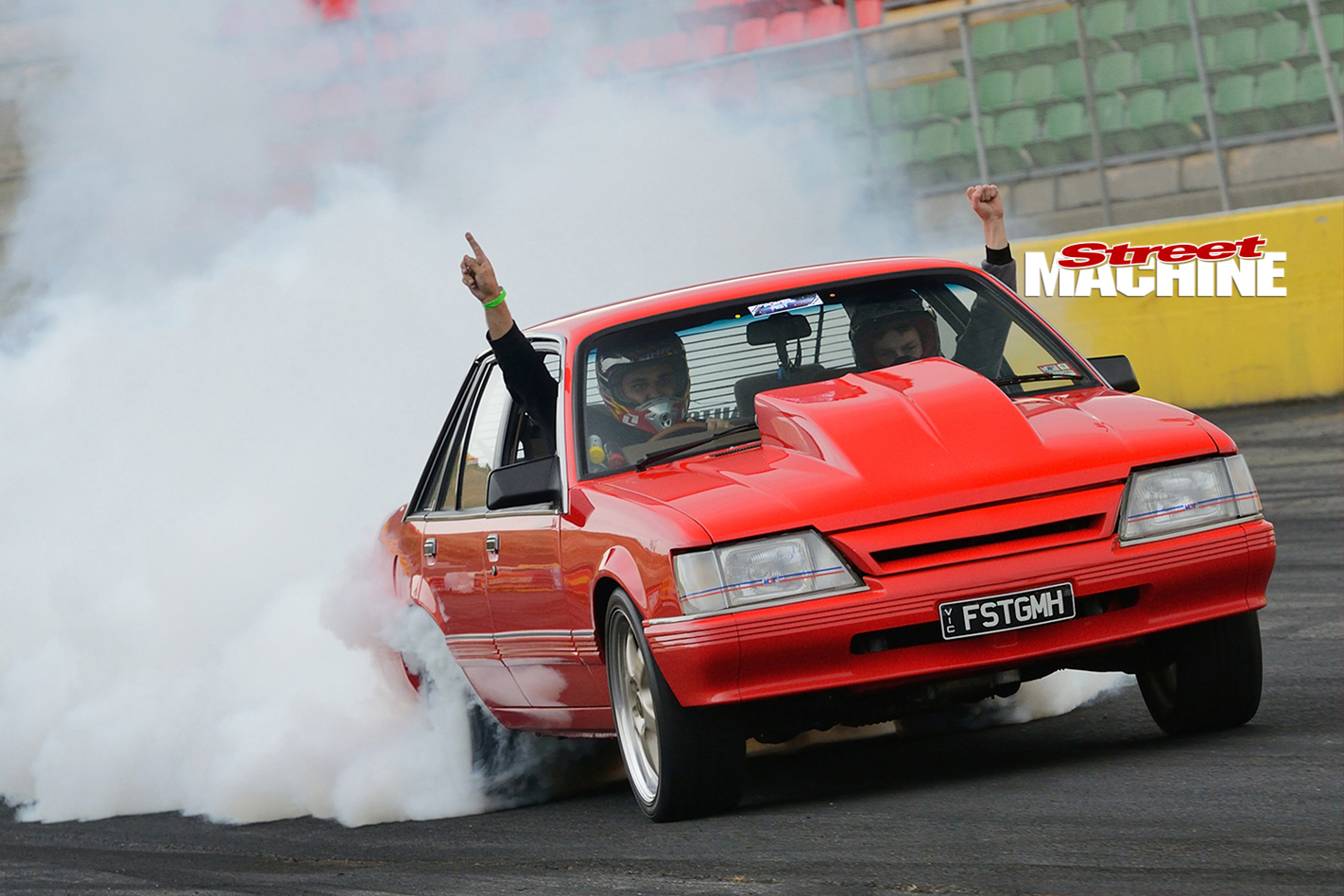 “Yeah, it hasn’t been an easy road with stuff blowing up and having a fair few run ins with the cops and the EPA, but I wouldn’t change it at all,” he says. “Not once have I ever wanted to sell it or burn it to the ground when things didn’t go my way, and I think it’s pretty cool that it was my first car and I still have it.” 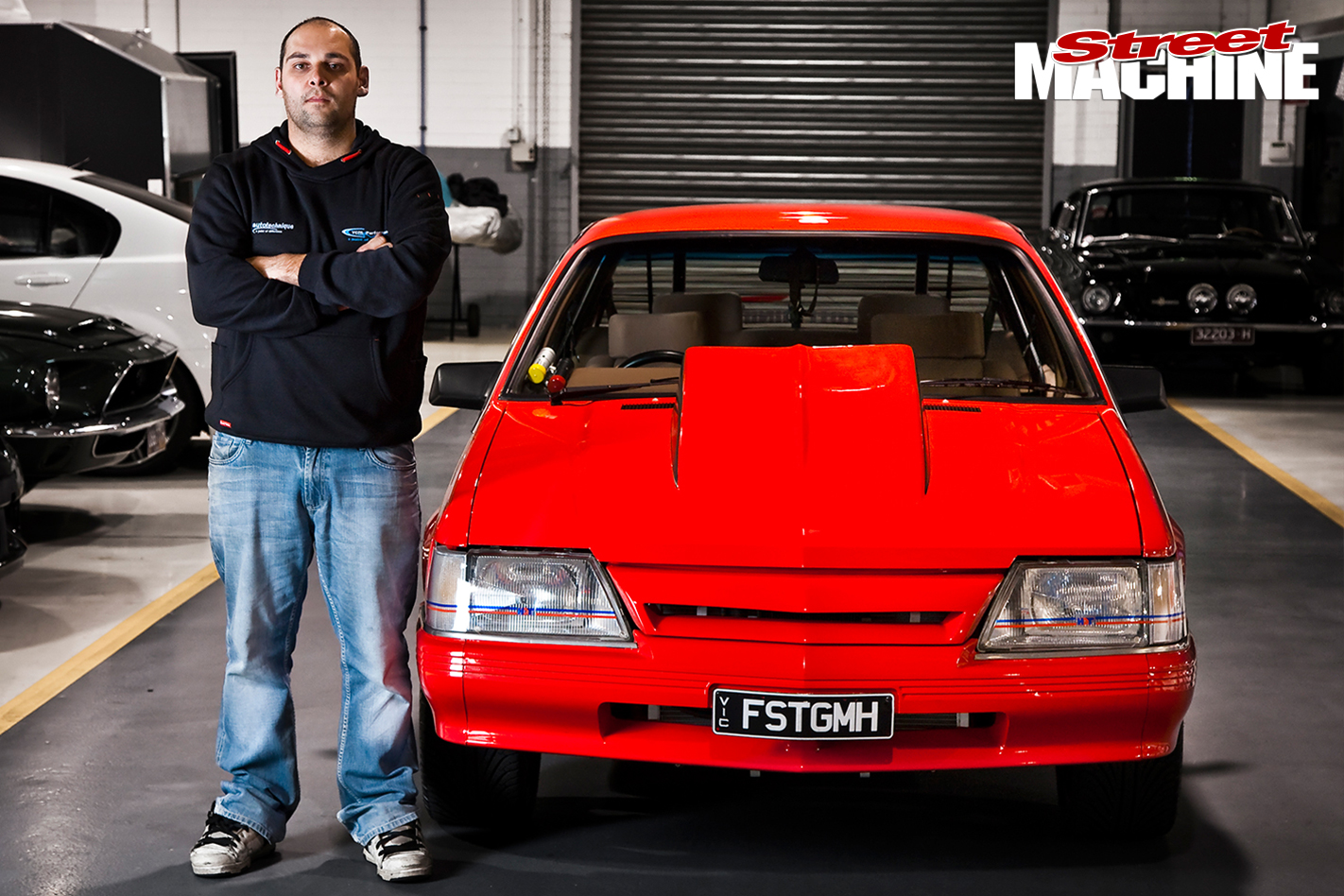