WHILE we love bringing you the big-dollar builds, nothing gets the blood pumping like the idea of cheap horsepower. Add to the mix the fact that this particular cheap-arse engine combination is one that we don’t see too often, and the fact that it’s a shed build, and you’ve got the recipe for a pretty cool streeter. Yep, this 1964 Compact Fairlane, built by Sydneysider Adam Mitchell, is one of the coolest and craziest conversions we’ve seen this year. 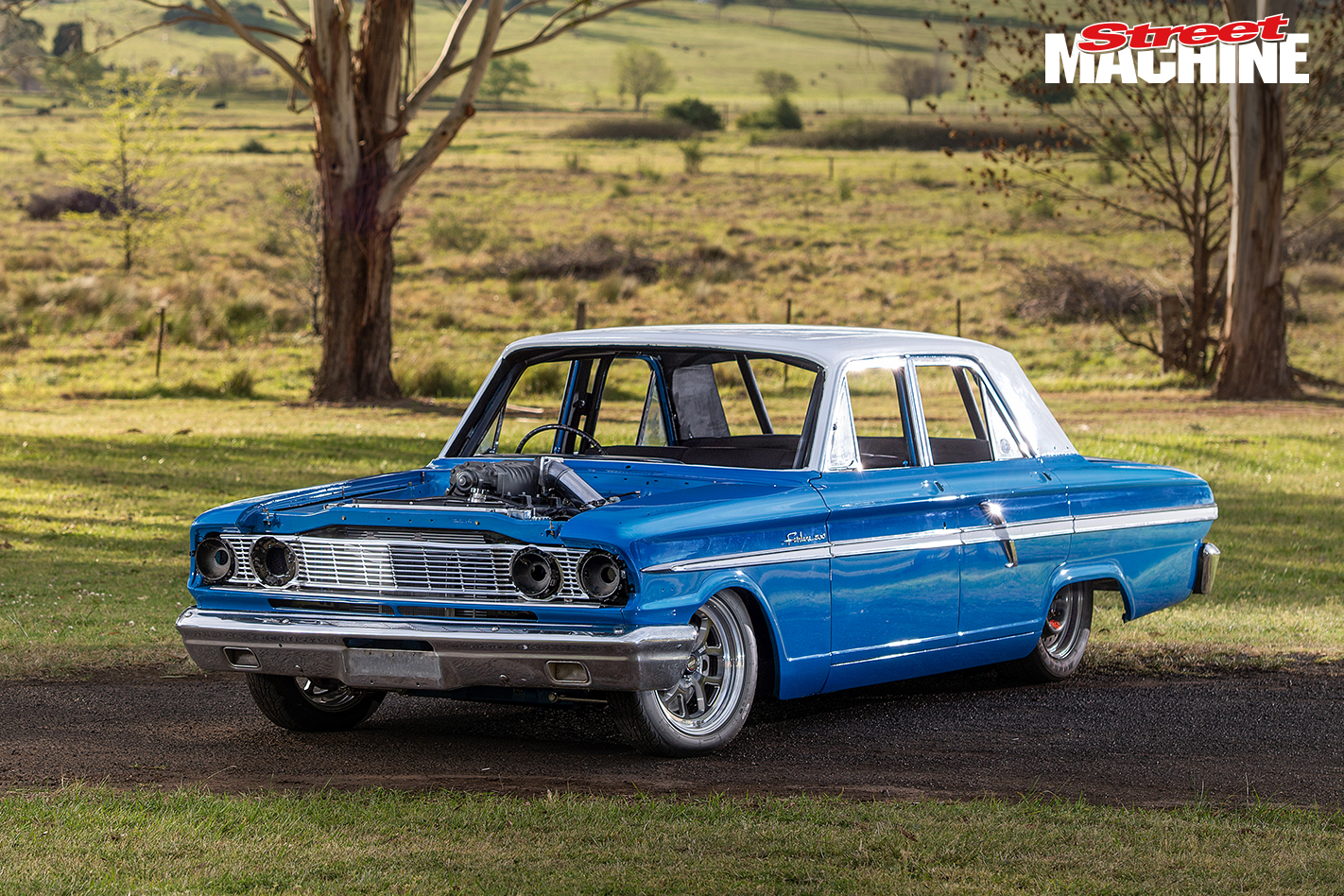 Adam describes it as a Pro Street car with a touch of reliability, and instead of a run-of-the-mill big-dollar or big-cube combination, Adam has gone with a Nissan VH45, commonly referred to as the 2JZ of Japanese V8s. If you don’t know what a 2JZ is, it’s the big-revving, big-horsepower, small-cube Toyota six-banger that dominates the Japanese small-car scene. 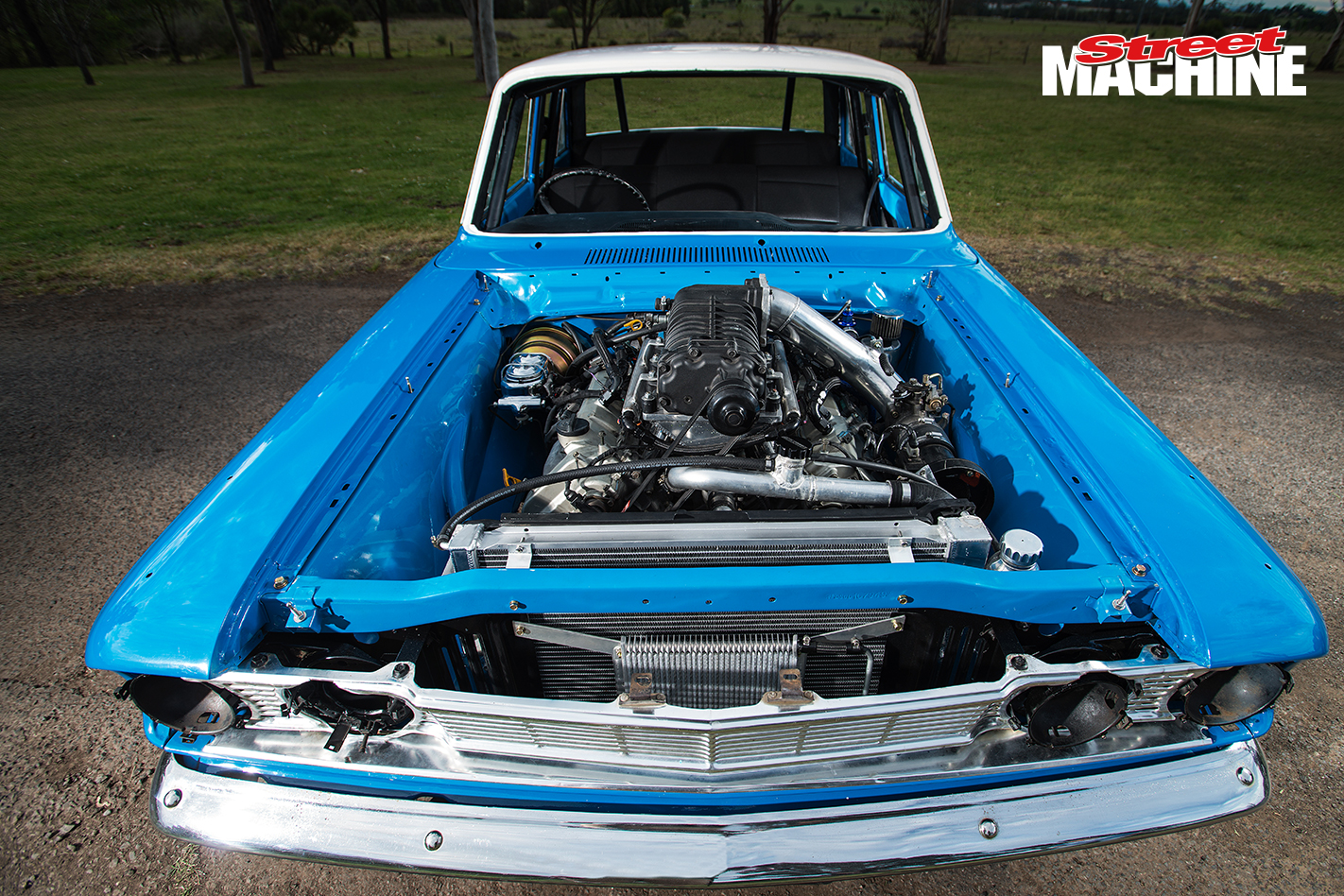 “The idea came from the bottom of a pack of OP rum cans, so it’s gotta be a great idea!” Adam laughs. “I’ve got a bunch of mates who are heavily into drift cars; these things are huge in the USA, with a couple of guys doing real well with them in New Zealand.” 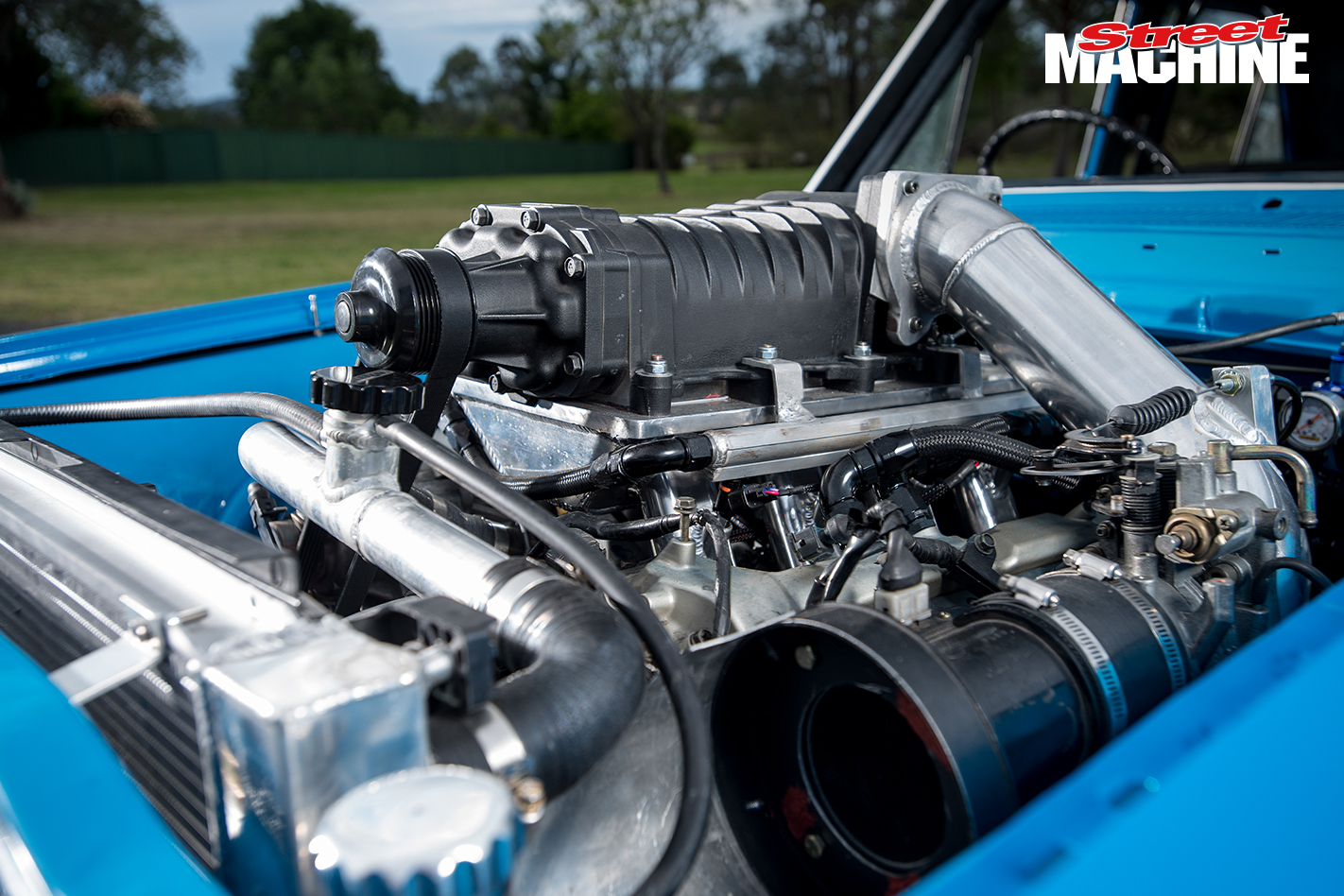 The design of these VH45 motors goes back a long way and the configuration is based on an Indy motor. A complete front cut from a wrecker will cost around $2500, so they are cheap as chips. On paper they have all the good gear, including six-bolt, cross-bolted mains and strong rods with a steel crank. While they only make 280hp, these quad-camshaft, variable-valve-timing 4.5L donks will happily spin to 7500rpm in standard form, and 10,500rpm with a set of upgraded rod bolts. And because they are a Japanese deal, they have good heads and great oiling and ignition systems. 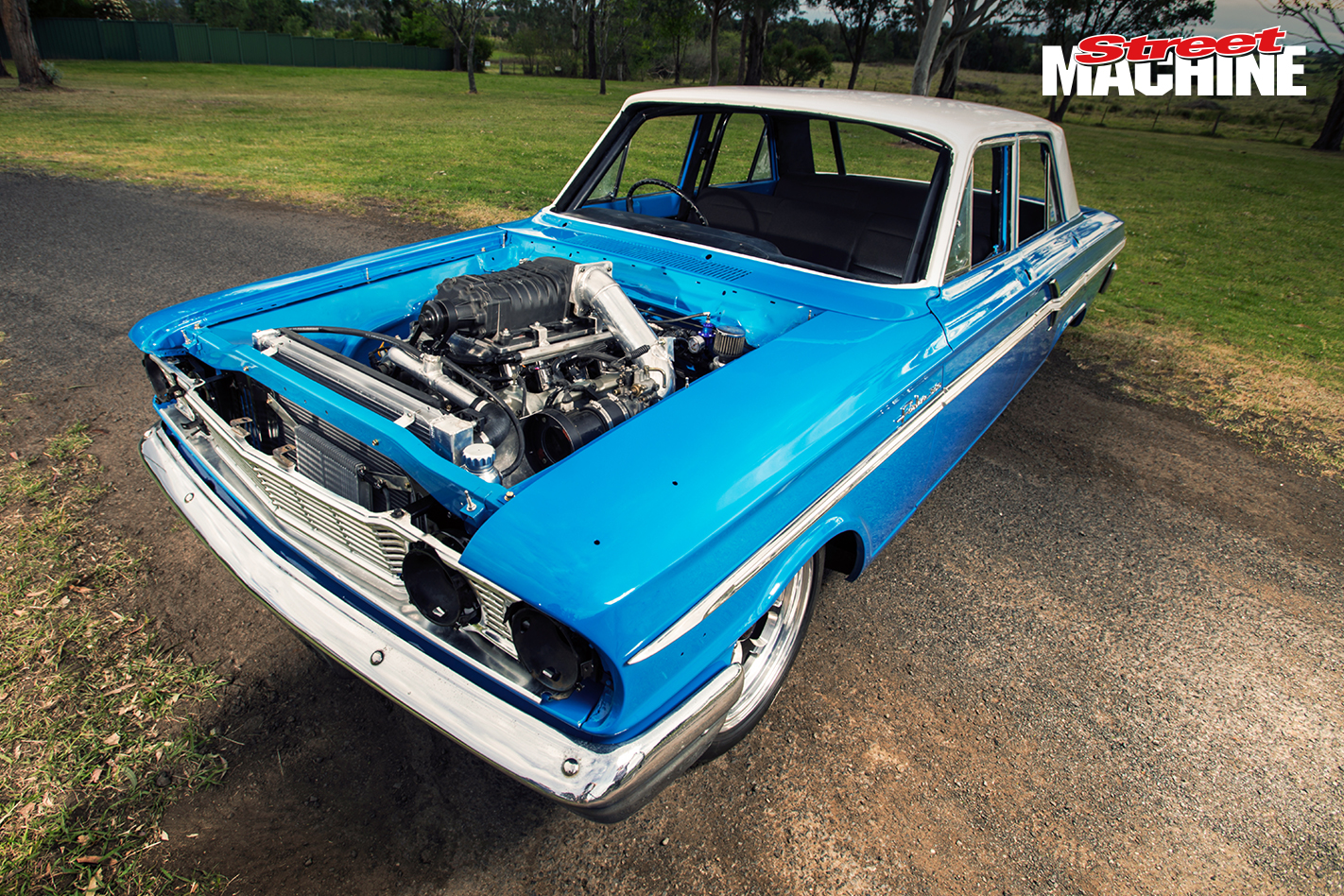 “I decided I needed a bit more power from the standard engine, so we have fabricated our own sheet-metal manifold and added an Eaton M122 supercharger off a 4.6L Ford Cobra,” Adam says.

“There’s no problems with the strength of the factory steel crank, but you can’t run more than 15-20lb of boost on the factory steel balancer. We’re going to get the car to the track with 8-10lb and then crank it up." 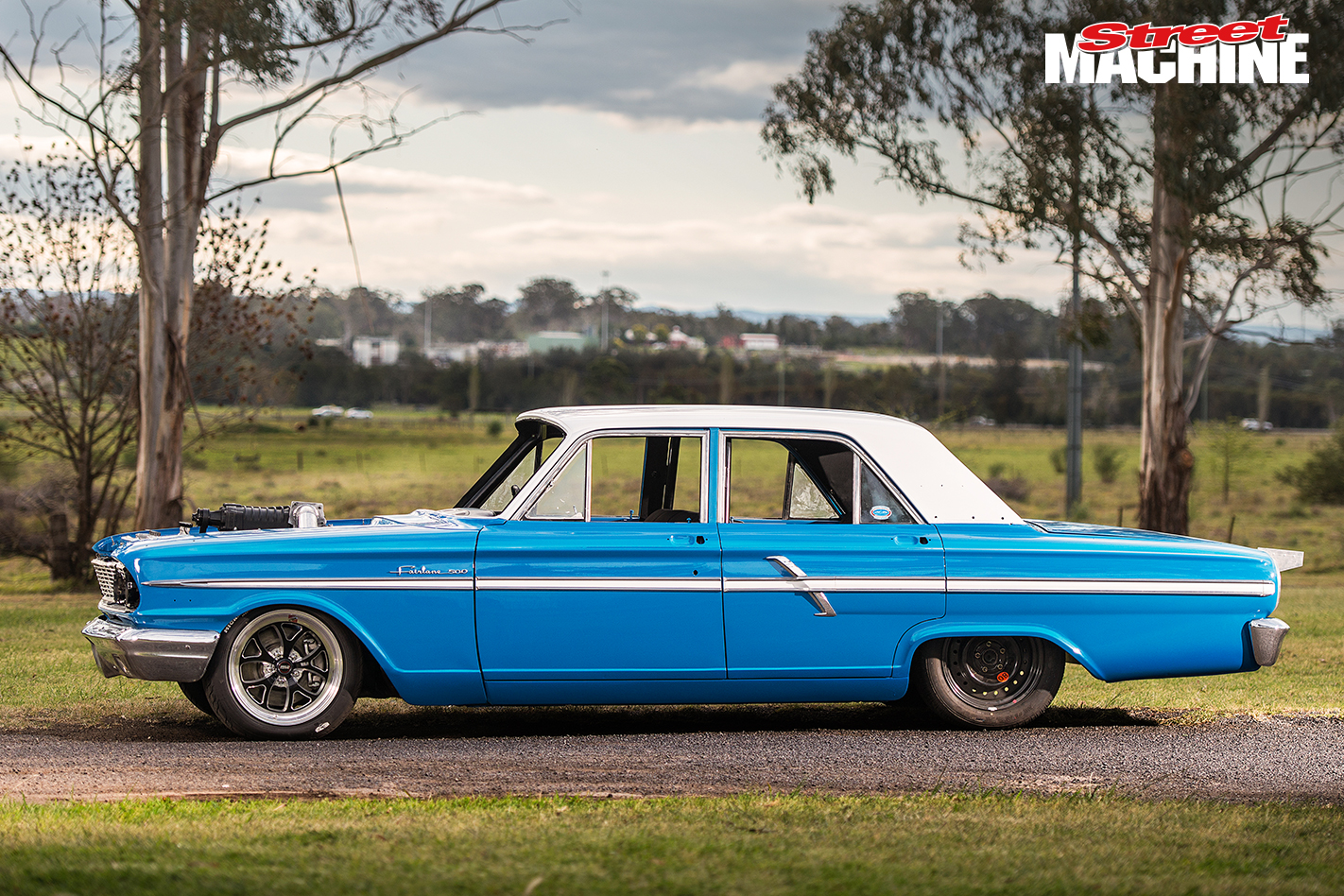 The Fairlane has been fitted with an Aeromotive fuel system that will handle 1200hp, while the transmission is out of a Nissan Patrol two-wheel-drive import, with a stock converter. “This thing sounds red hot with big rpm!” Adam reckons. 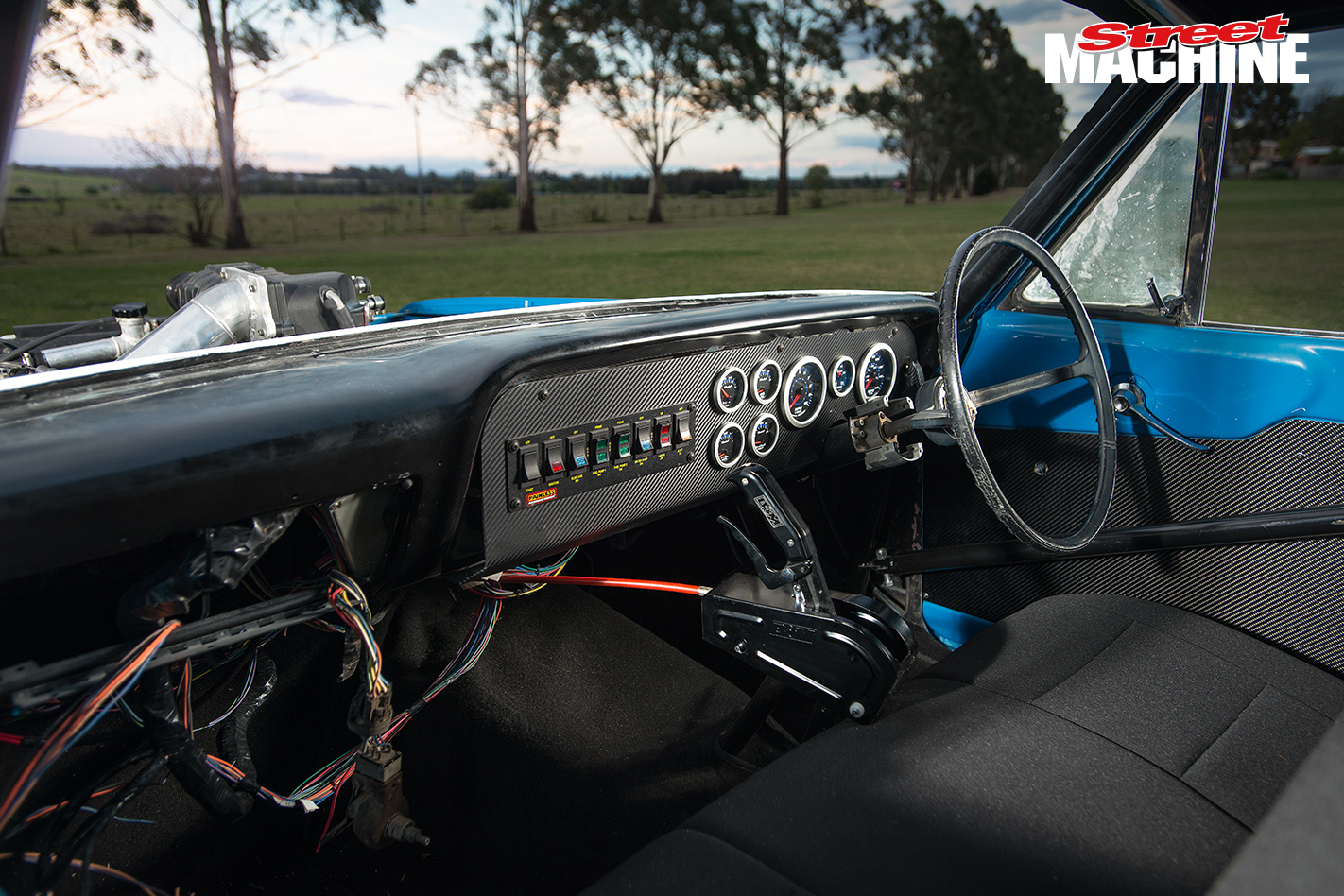 The fit-up was a fair bit of work; the front tower needed to be cut and the brakes upgraded all ’round. The factory rear end was ditched in favour of a triangulated four-link with a HiLux diff and Truetrac running a 4.11:1 gear ratio.

Internally the body has been fitted with an eight-point rollcage, while creature comforts like a Subaru rack-and-pinion with an Astra electric power steering pump will make this sled a lot nicer on the street. 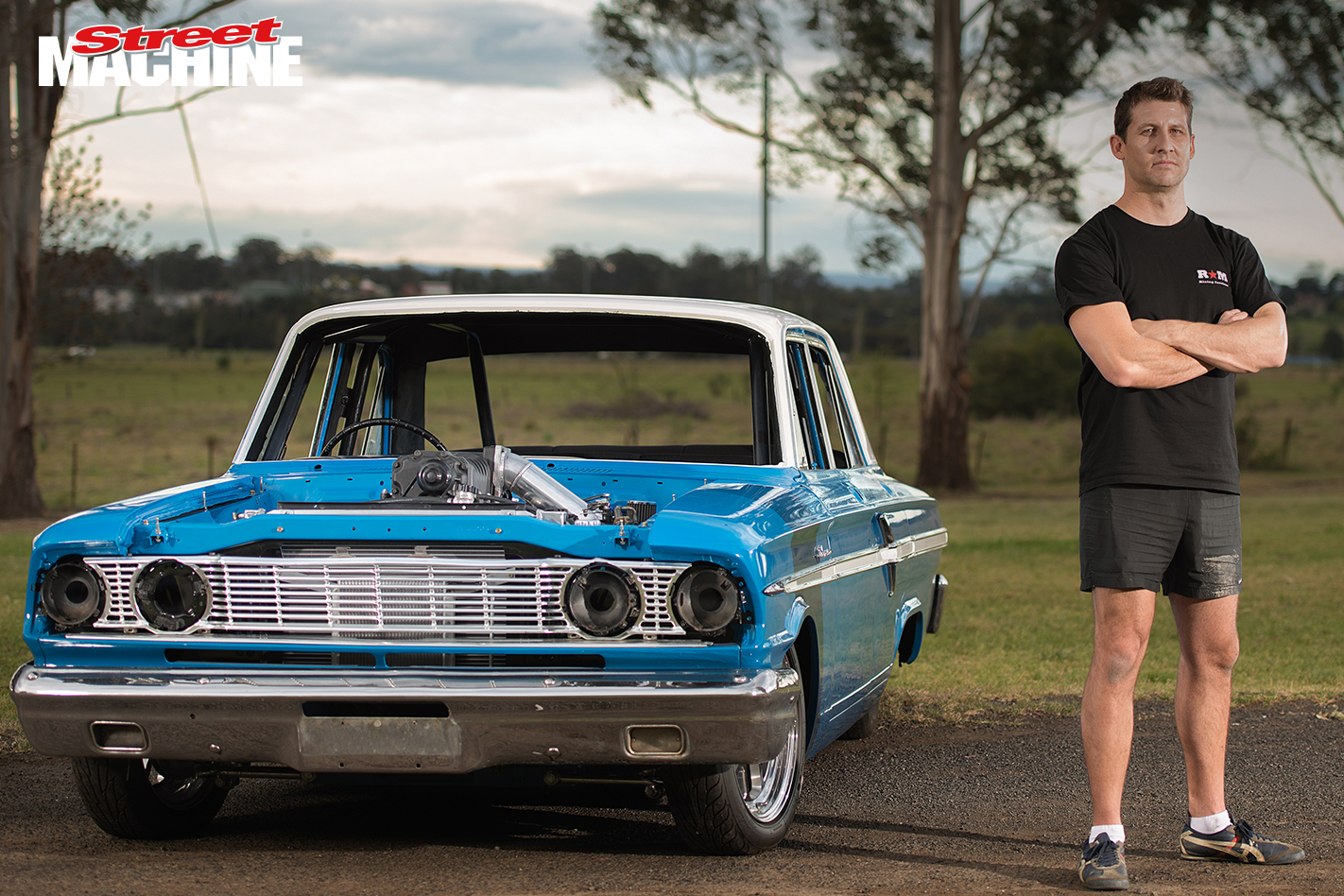 “These cars weigh around 1560kg off the showroom floor and I’d like to see it come in around 1650kg finished,” Adam says. “If we can get it up and running and into the bottom 11s initially, that would make it great for Drag Challenge, but eventually our goal for this car is 8.50s.