BRUCE DONALDSON - MY LIFE WITH CARS

Bruce Donaldson's Dad has owned some pretty cool Fords over the years. Here's some favourites from the family album

BRUCE Donaldson from Adelaide was always going to grow up to be a car guy, being surrounded from an early age by a succession of cool Fords owned by his dad, Joel. “These days Dad has an AU XR6 – and a really neat HQ wagon, believe it or not,” says Bruce. Here’s a brief tour of his old man’s automotive past: 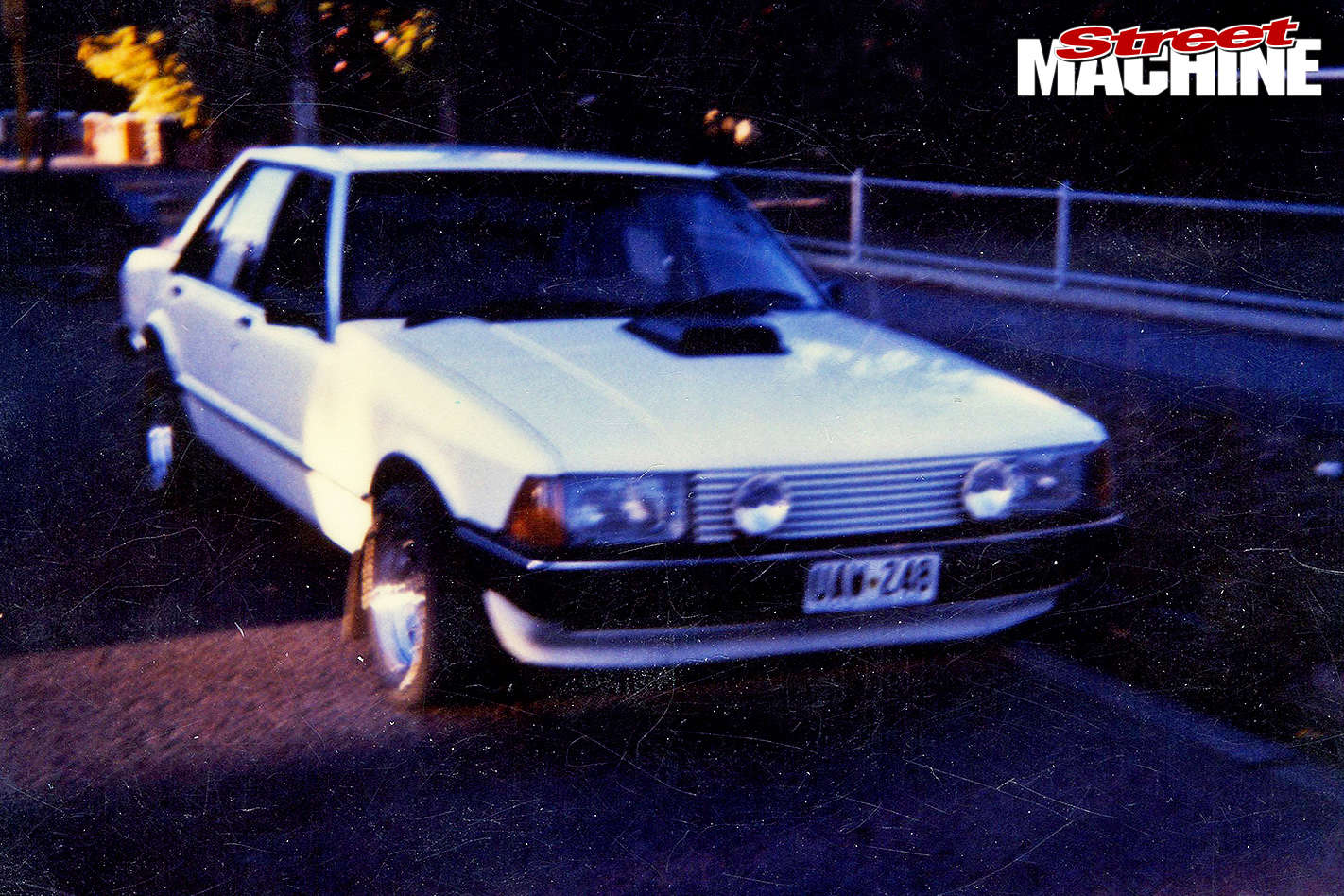 Dad’s first car was a six-pot XT, which he did up with a few GT goodies (top photo). At one stage he was offered the famous Bill Bourke big-block XW for $10K, but grandad talked him out of it and he bought this XD pursuit car instead (above), complete with hi-po 351, FMX and LSD. 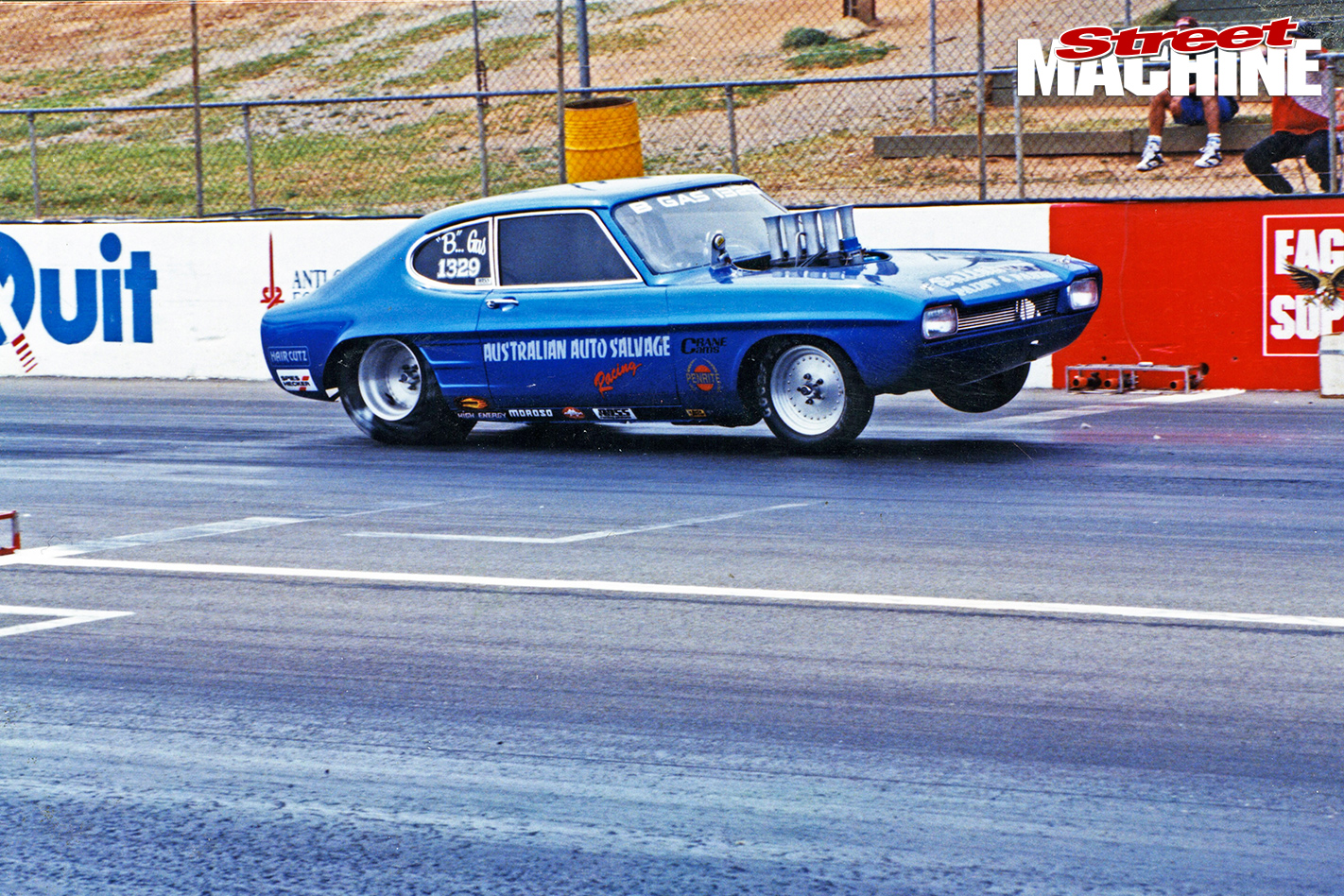 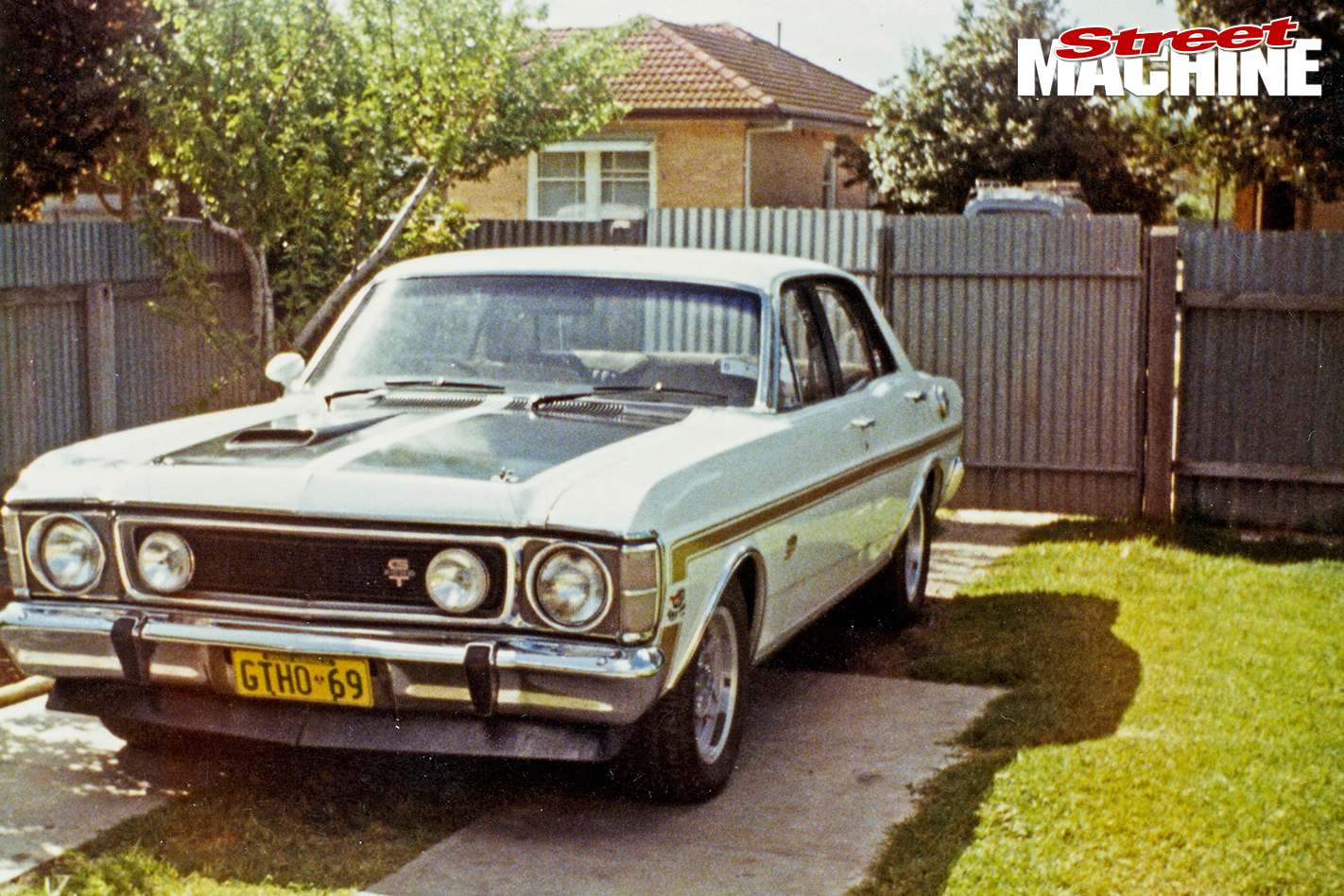 The one everyone says he should have kept (with the benefit of hindsight!) – his Diamond White Phase II GTHO. 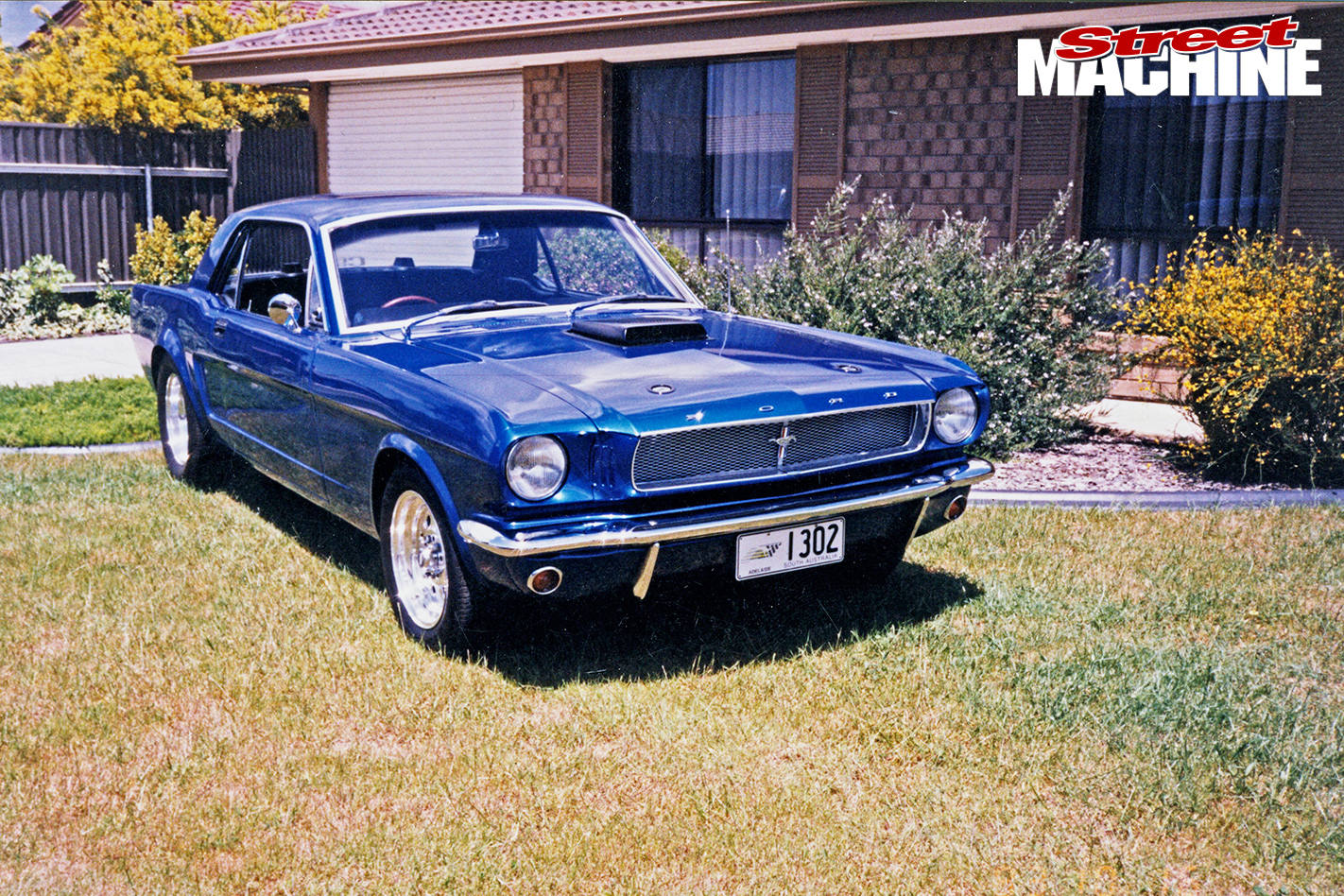 This is Dad’s Mustang after he rebuilt it. It had a tough 302W, C4, flared guards, Telstar door handles, genuine XY GT shaker, XB bonnet pins and 15in Welds. The Mustang guys hated it, they reckoned he’d wrecked it! 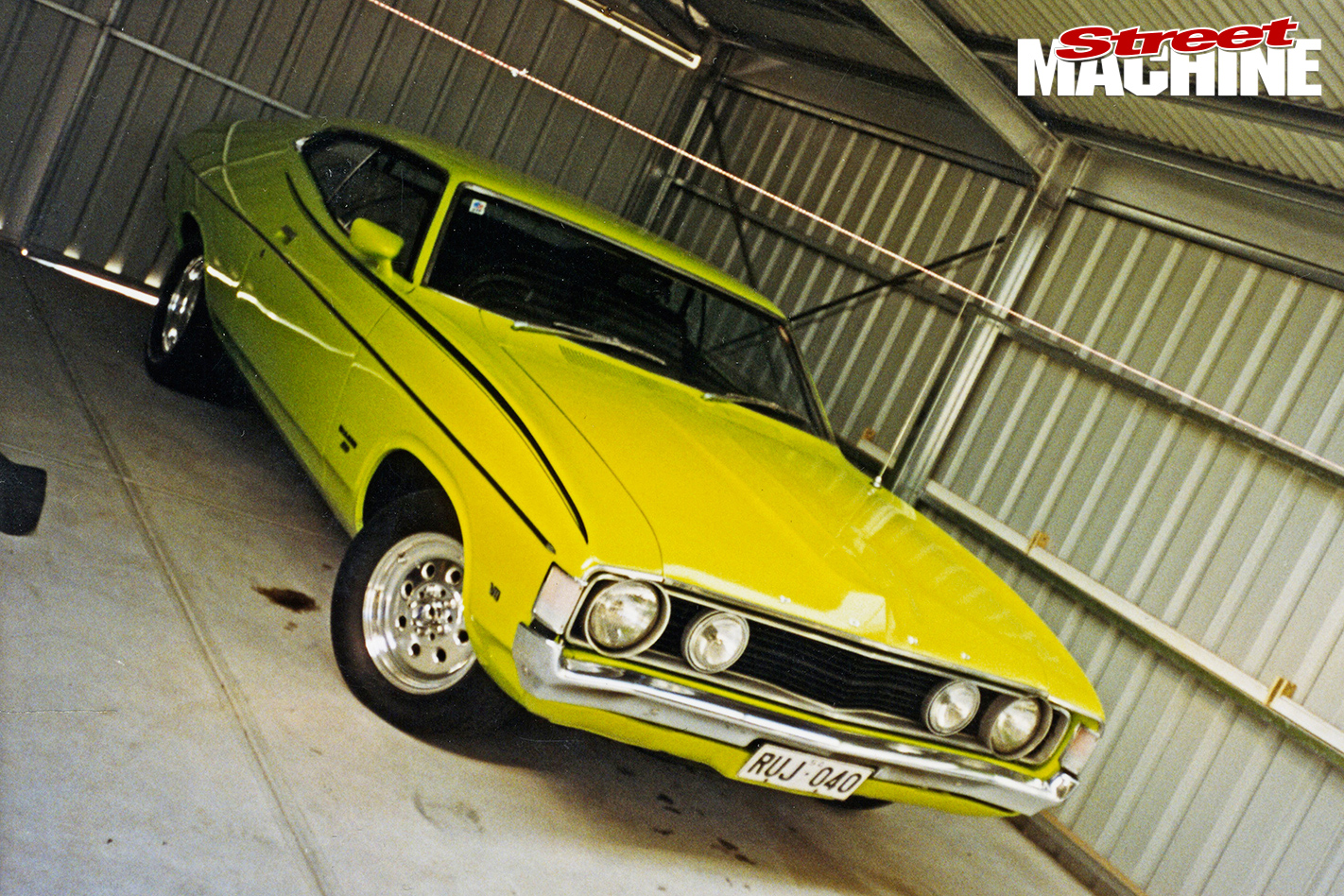 Dad paid $3000 for this XA Superbird in 1995, complete with 302 and auto. My uncle bought it a few years later, slammed it over big Center Lines and fitted a bug catcher. It’s getting around Adelaide in the same form today. 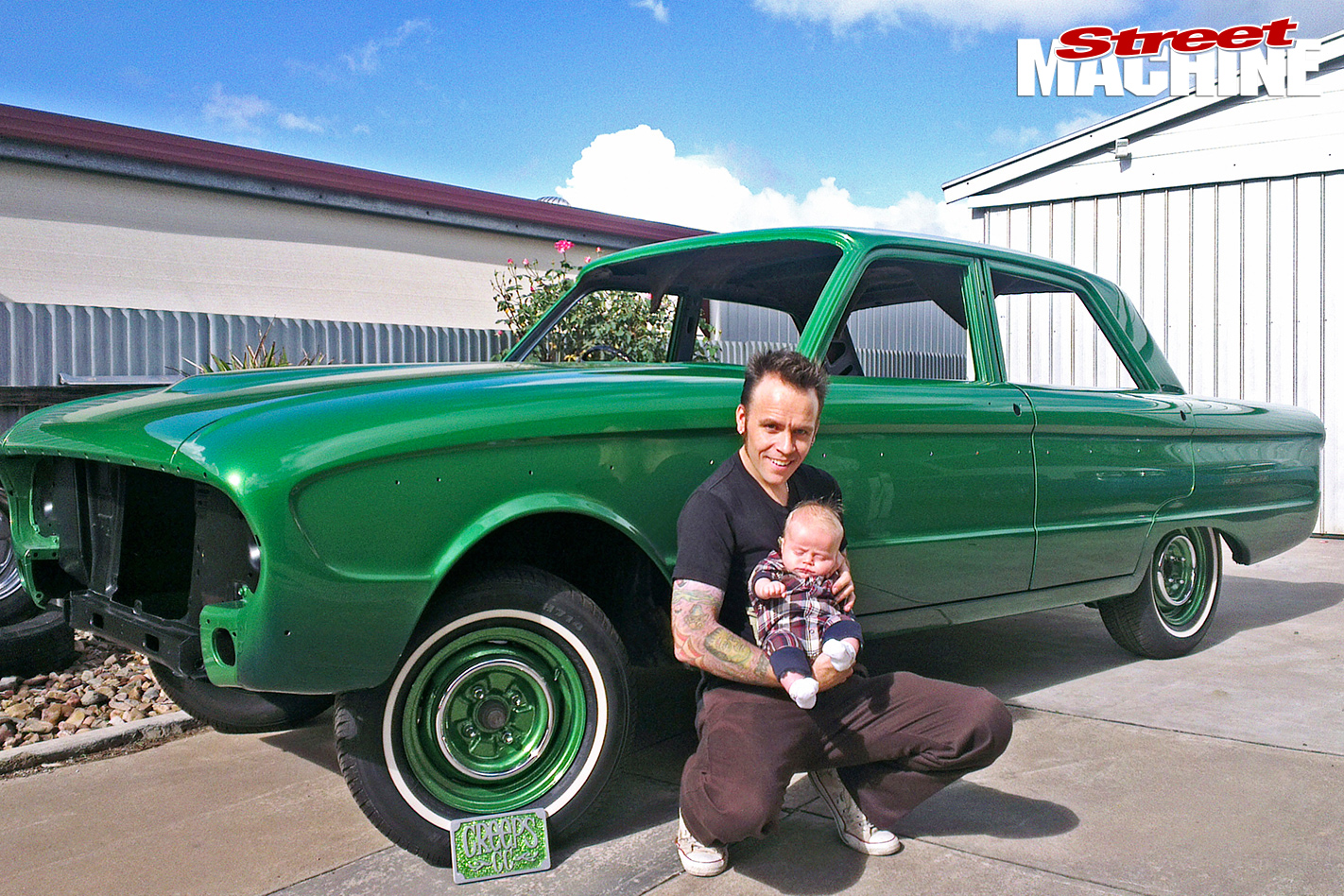 This is me, my XM Falcon project and my son Tex!

Since we ran this story back in Jul 2013, Bruce has turned his XM project into a stunning custom show-stopper. See the full story here. 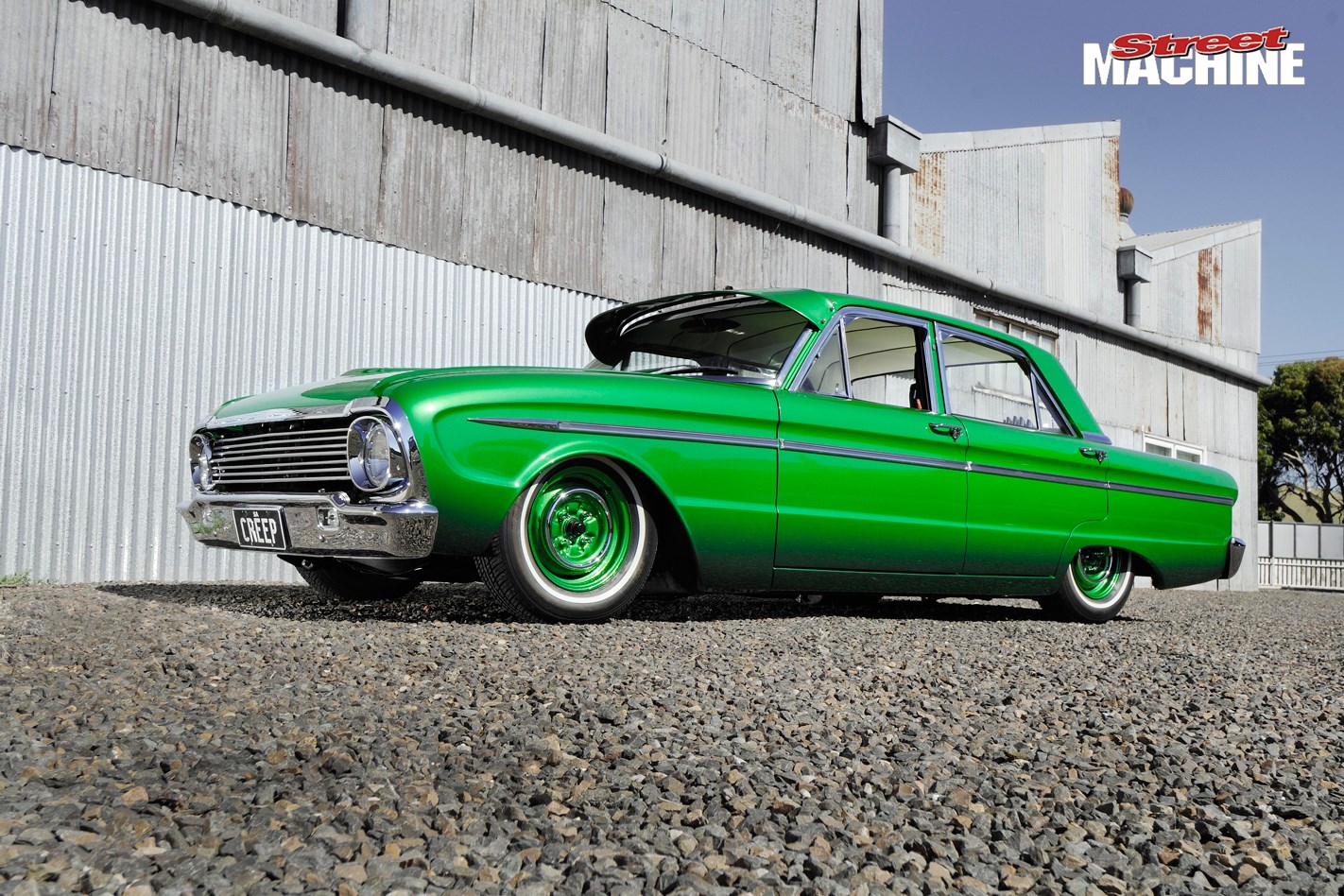