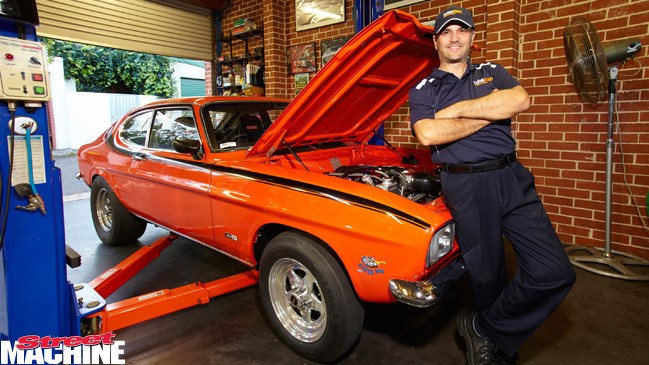 ONE of the standout cars of the recent Pro Street Shootout at Sydney Dragway was the X275 radial car of Elvio Gonzales.

ONE of the standout cars of the recent Pro Street Shootout at Sydney Dragway was the X275 radial car of Elvio Gonzales. Elvio has been a long-time supporter of Pro Street racing and has campaigned a big-block-powered Capri for many years in Pro Street Unblown, running a best of 8.90.

His new ride, also a Capri, heads in a different direction from his big-block exploits. Powered with a stock 6.0-litre LS2 with a single turbo, the new combination hit the track after five years in the build and ran an 8.57 @ 157.8mph on a 275 radial!

“I don’t know anything about turbos but some good friends do and we decided to set up the car for twin turbos, but to start with a small motor and a single turbo.

“The engine’s basically stock with a cast-iron block, stock crank, rods and pistons, a small turbo cam by Dennis and Kinetic Cams and better valve springs. “Injectors are ID2000. A Holley throttle body and VE HSV factory headers are the only other modifications,” Elvio told us.

“I’m running a Haltech Platinum 2000 ECU with data logging, which is just amazing, with so much bang for your buck. I have the turbo set up in the boot and mounted to the roll cage.

“The gearbox is a Northmead Autos two-speed Powerglide with a TCE converter. “There is no intercooler on the car so a single three-inch alloy pipe runs under the car from the compressor housing back to the throttle body.” After a quick run on a chassis dyno with E85 fuel and a maximum of 13psi of boost through the eBay GT42 turbo, the car was ready for its wheel alignment and then the track.

“The car was smooth as silk to drive. I rolled up to the start line, brought the boost up to 2.5psi on the transbrake and let the button go – and, incredibly, ran 8.94 @ 151mph off the trailer! I couldn’t believe it! “On the dyno the engine seemed to nose over at 6500 but at 7200rpm on the track it just kept pulling with the intake temperature around 28 degrees and two jets in the Snow water/methanol kit.

“I brought the boost up to 3psi on the next run and it just went faster and faster – my best was an 8.57. Sadly, it all came to an end on the fifth pass when the engine broke a piston or rod.

“I’m not unhappy,” says Elvio. “We’ll rebuild this motor with a decent set of rods and pistons and probably a bigger single turbo. “If we can sneak the next motor up to 1200hp I think the car will run really well. Ultimately, we’ll run with the twin-turbo set-up and a 430-cube motor that’ll make serious power.” 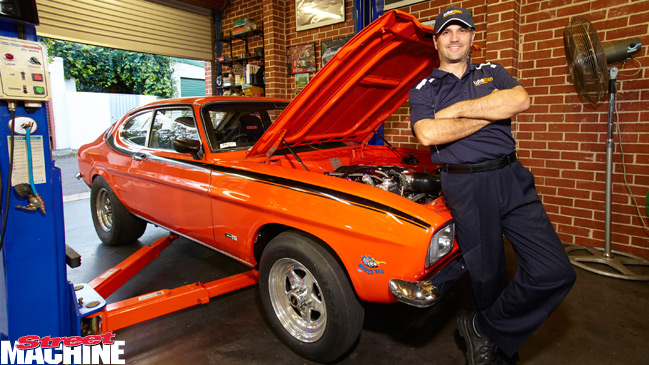 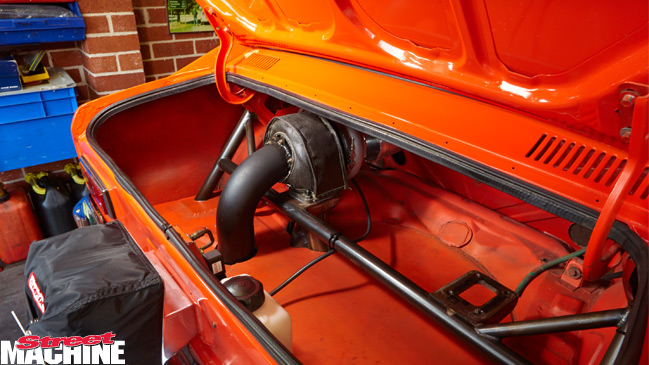 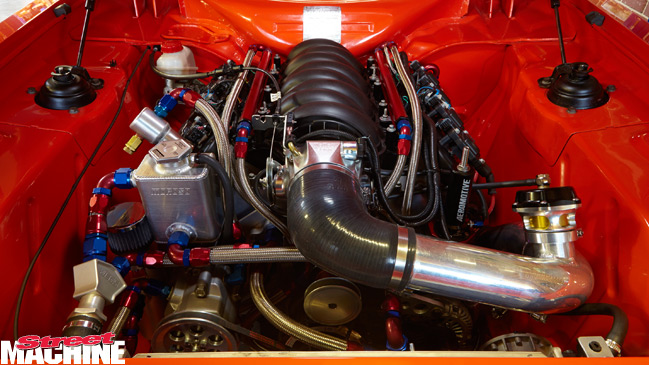 1 / 3 With a mild LS2 V8, a big single turbo in the boot and alcohol fuel, this little Capri runs indecently quick!