A standard VT Commodore may not be considered collectable these days, but the VTII HSV GTS was the big banger of the modern muscle era, and will soon join other HSVs as much-sought-after pieces of Aussie motoring history

WHILE we love injected Holden V8s, the 220kW LS1-equipped VT Series II Holdens made the old 165kW and 185kW ‘iron lion’ GM-H-designed V8s feel anaemic overnight. Similarly, the 304ci VT HSV ClubSport’s 195kW was blown away by the Series II’s 250kW 5.7-litre. It was even 20kW more than the previous year’s HSV GTS, leading to plenty of upset Series I HSV owners! 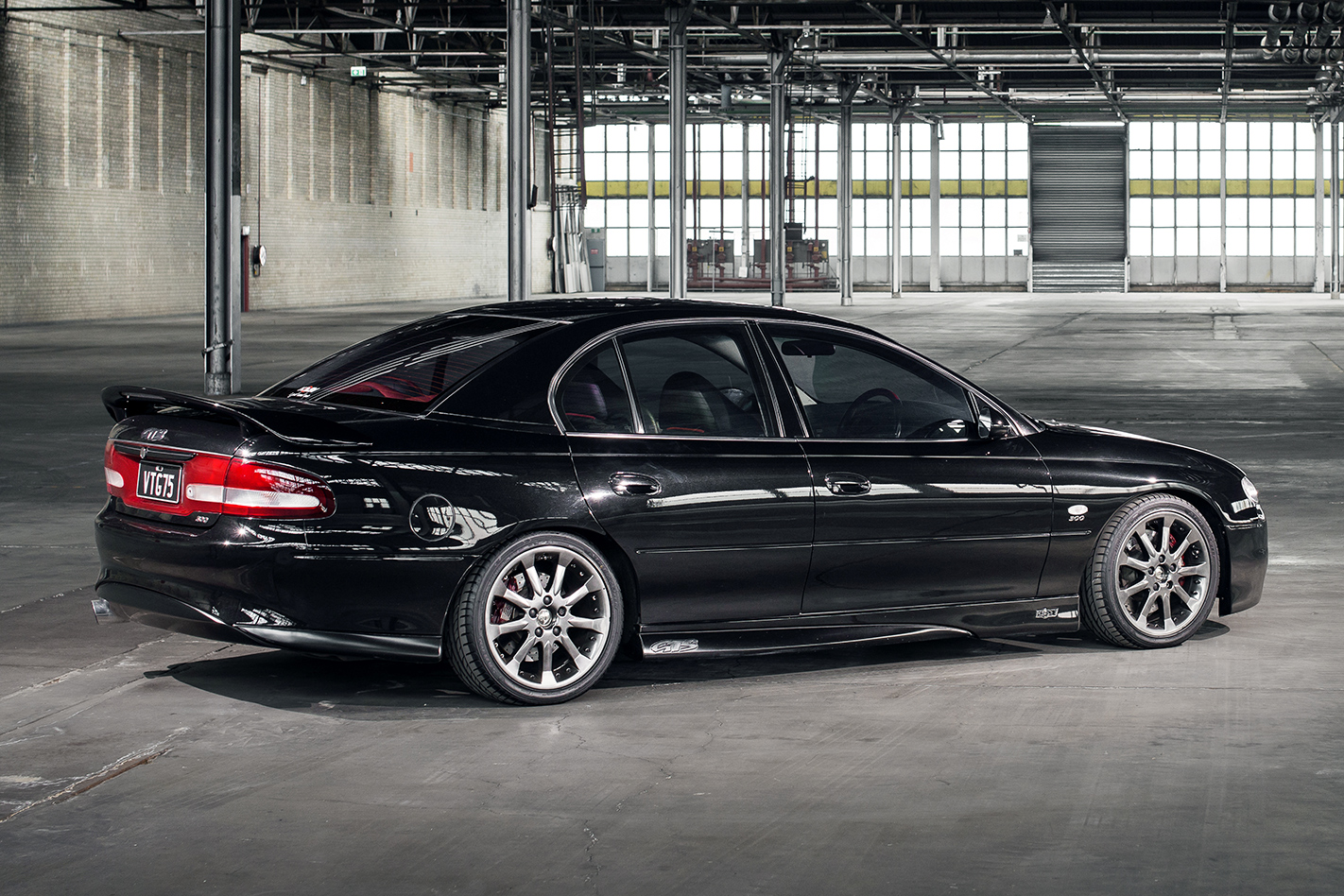 Better was still to come at the Sydney Motor Show in 1999, when HSV whipped the covers off a mean-looking black beauty sporting new wheels, a pair of ‘double-D’ exhaust pipes and a badge proclaiming 300kW of power to be had. Costing a cool $100,000 each, the VTII GTS was highly exclusive; only 100 were offered for sale – 50 in black, 50 in red, all with manual transmissions. 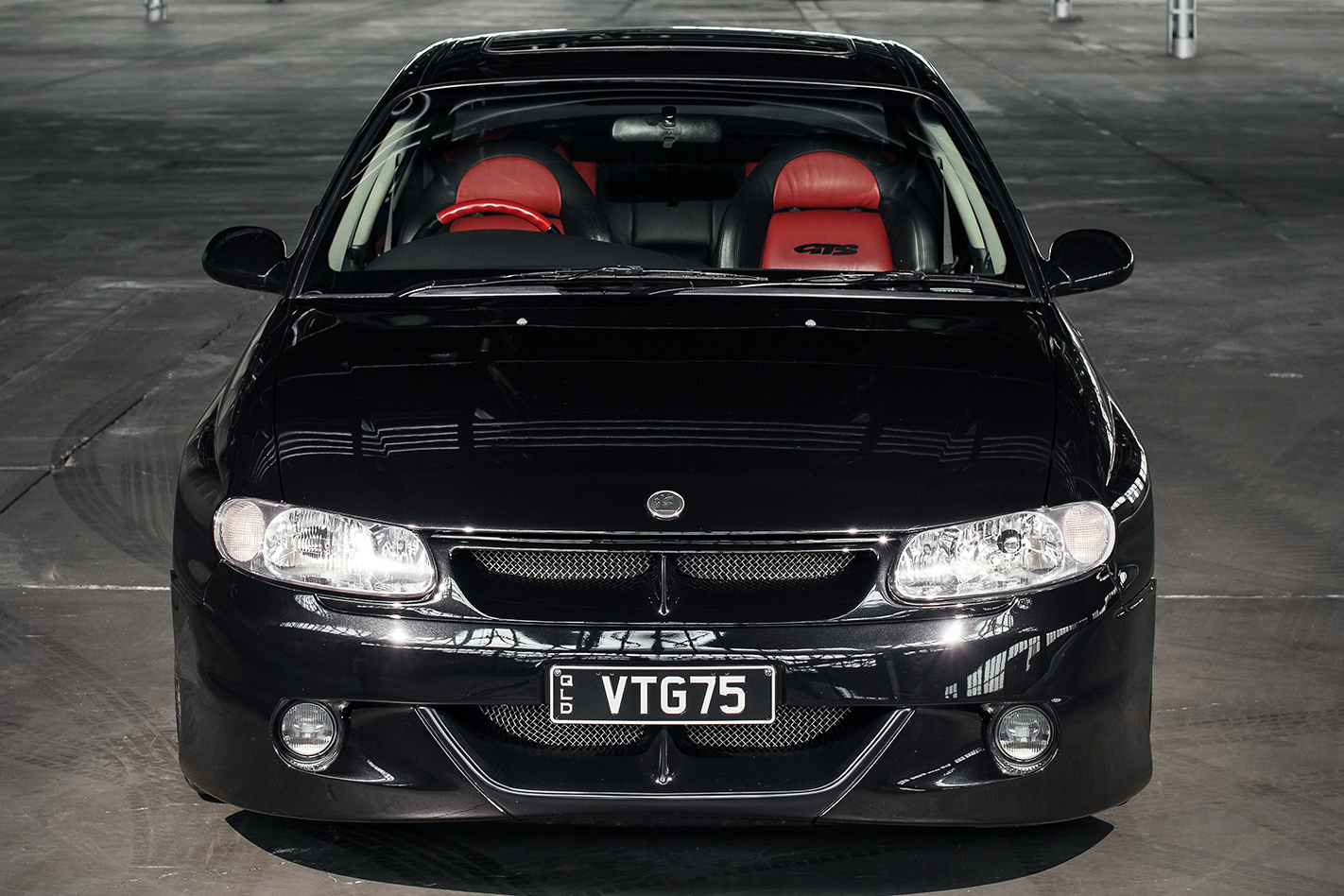 They would be the King Of The Hill for pretty much all performance cars in Oz at the time, boasting more power than the best European super-saloons, with a level of fit and finish unseen in Aussie cars. We hadn’t seen such a ballsy, brutish, unashamed all-out performance car from Australia in decades and, looking back 17 years later in today’s time of factory-built supercharged 600hp HSVs, it really was the beginning of the second great Australian factory muscle era. 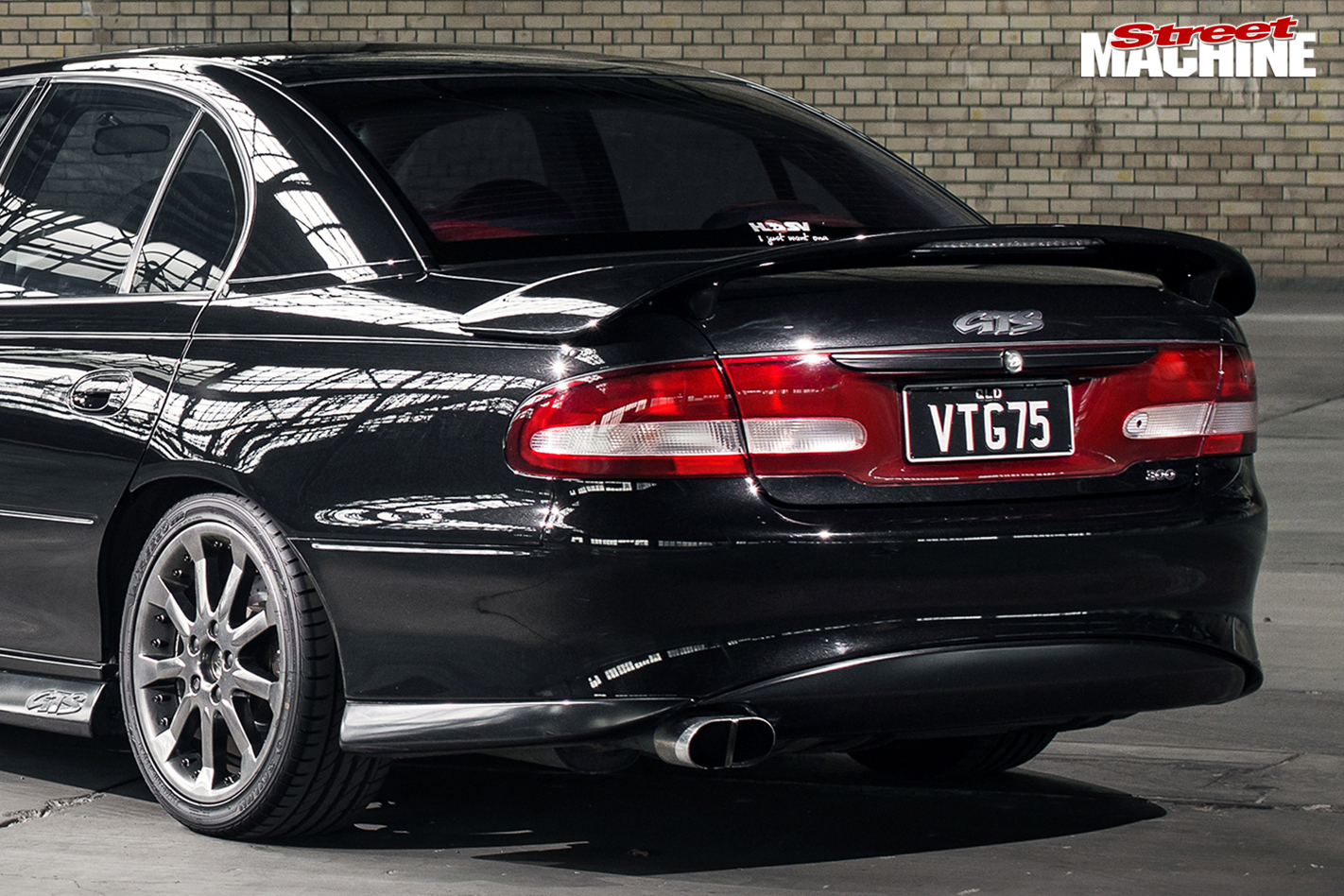 The VT Series II GTS was powered by a 5.7-litre LS1 like other Gen III Holdens, but this one had significant hardware differences. In the past special HSV donks were built at Holden’s engine plant in Melbourne, but with the switch to the imported engine and a lack of local hardware available, HSV entrusted famed Chevrolet tuners Callaway in the USA to build brand-new LS1s to their spec and then ship them to Australia. 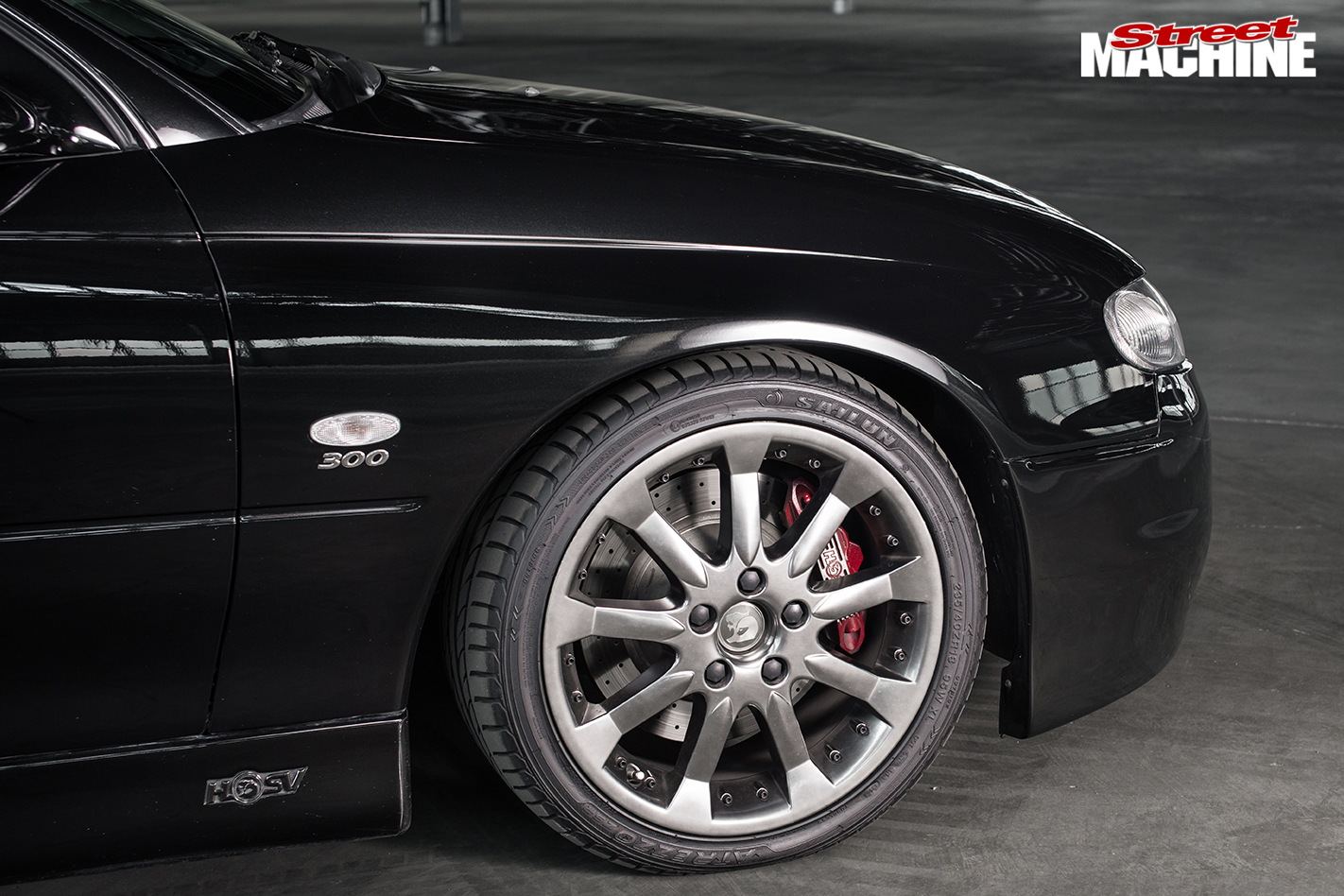 Callaway fitted the ‘C4B’-coded engines with CNC-ported heads, a more aggressive cam, new valves and a lighter valvetrain, essentially building a more extreme version of Chevrolet’s own LS6. HSV had specified an upgraded, free-flowing exhaust system (with the aforementioned double-D tips), an anodised alloy big-bore throttlebody and a larger intake pipe that also deleted the MAF meter used in other HSVs (and LS1-powered Holdens). 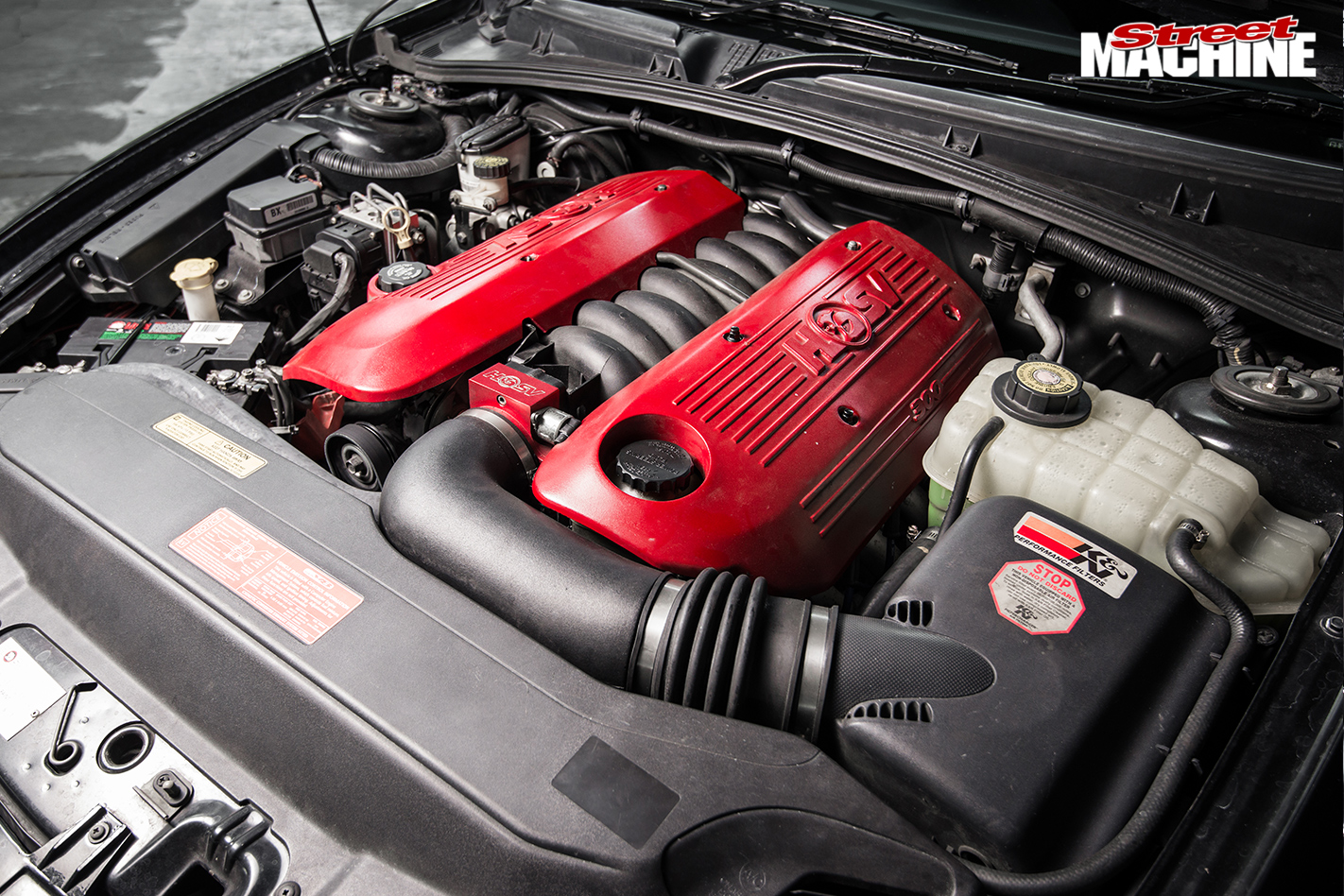 As soon as you opened the bonnet on a VTII GTS you knew it was special, with the red Corvette-style 'shorty' rocker covers replacing the stock Holden item derided as the 'Ninja Turtle shell'

Available as a manual only, the C4B’s Tremec T56 six-speed gearbox was shared with other manual Holdens and HSVs, but the GTS had a 3.9:1 diff that allowed the engine to rev and provide its best. The VTII GTS was also fitted with a Hydratrak LSD, an Aussie-engineered limited-slip centre that used silicon fluid to apportion drive to the tyre with most grip. The GTS’s faster-spinning driveshaft was even given special attention prior to assembly. 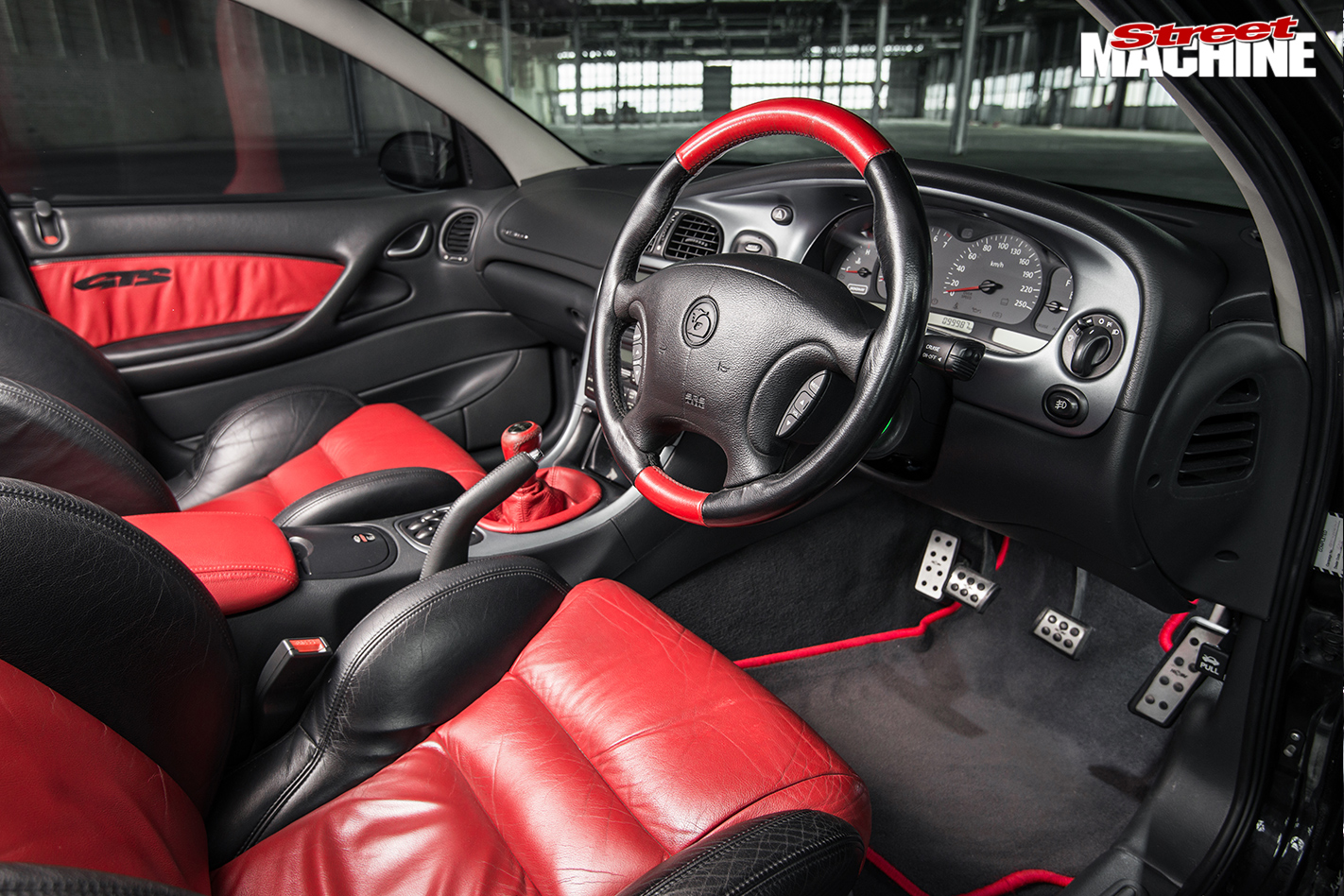 Out of sight under the tail there was more clever hardware. An extra link spanned the hub carriers and the rear subframe to help control the rear suspension. Working laterally, the links braced the trailing arm during hard cornering, minimising the toe change that can threaten to throw a car into the bush. Exclusive to the GTS at the time, this extra brace was introduced on Holdens with the VX Series II 18 months later. 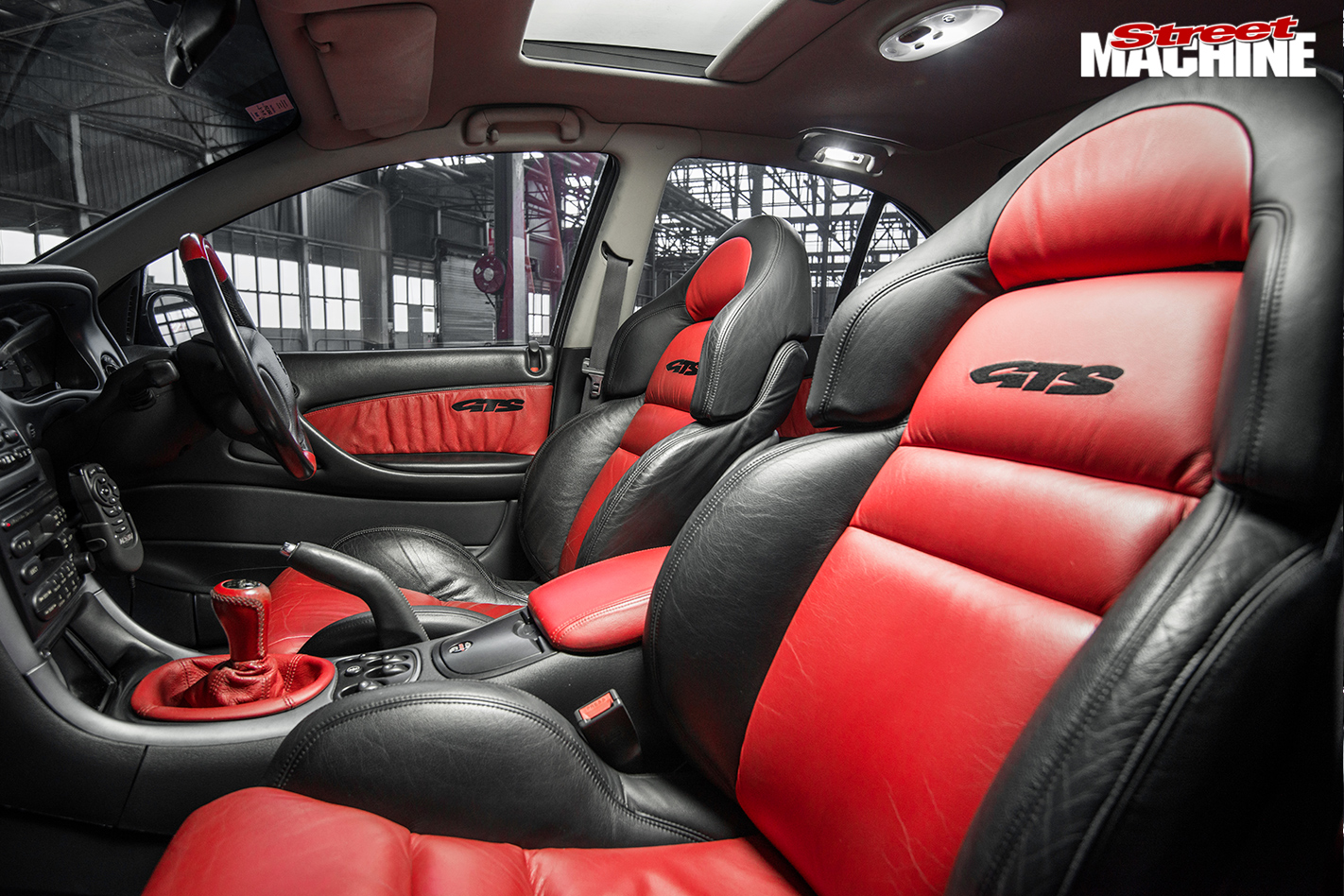 Similar to those fitted to the VT GTS, the brake system had excellent Harrop-made ‘big red’ four-pot calipers fitted over thick, cross-drilled, 343 and 325mm vented rotors, with ABS as back-up. The GTS 300’s wheels were 18-inchers with a sassy Shadow Chrome finish – massive at the time and still chunky today. 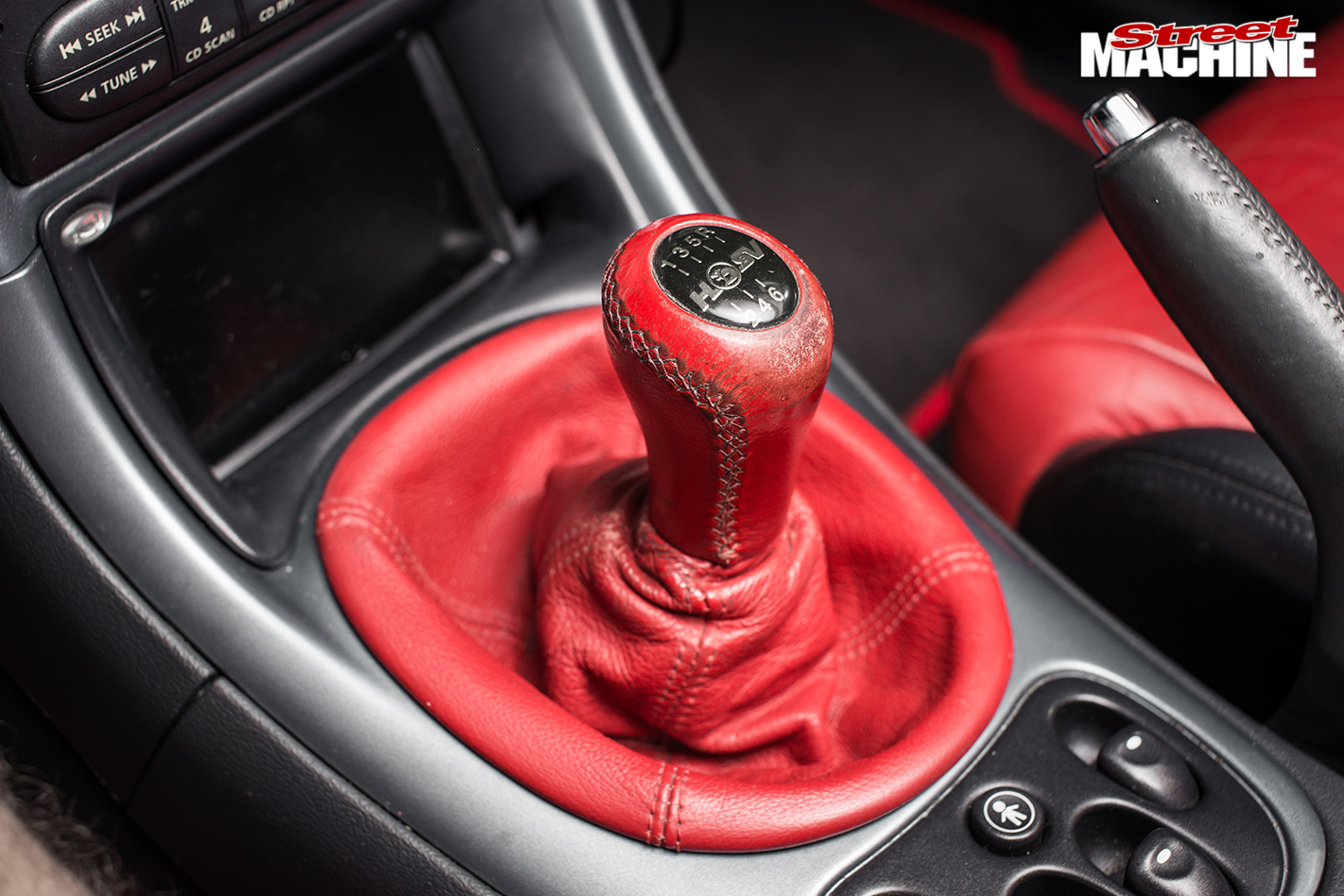 Inside, there were GTS-embossed leather seats, black-backed and faced in red, plus a red-knobbed and gaitered gearshift and a two-tone steering wheel. Being loosely based on Berlina meant the GTS had dual front airbags, single-zone climate control, a multi-function trip computer and electric windows – all stuff you’d expect of a $100K ask back when there weren’t any other Aussie cars breaking six figures. 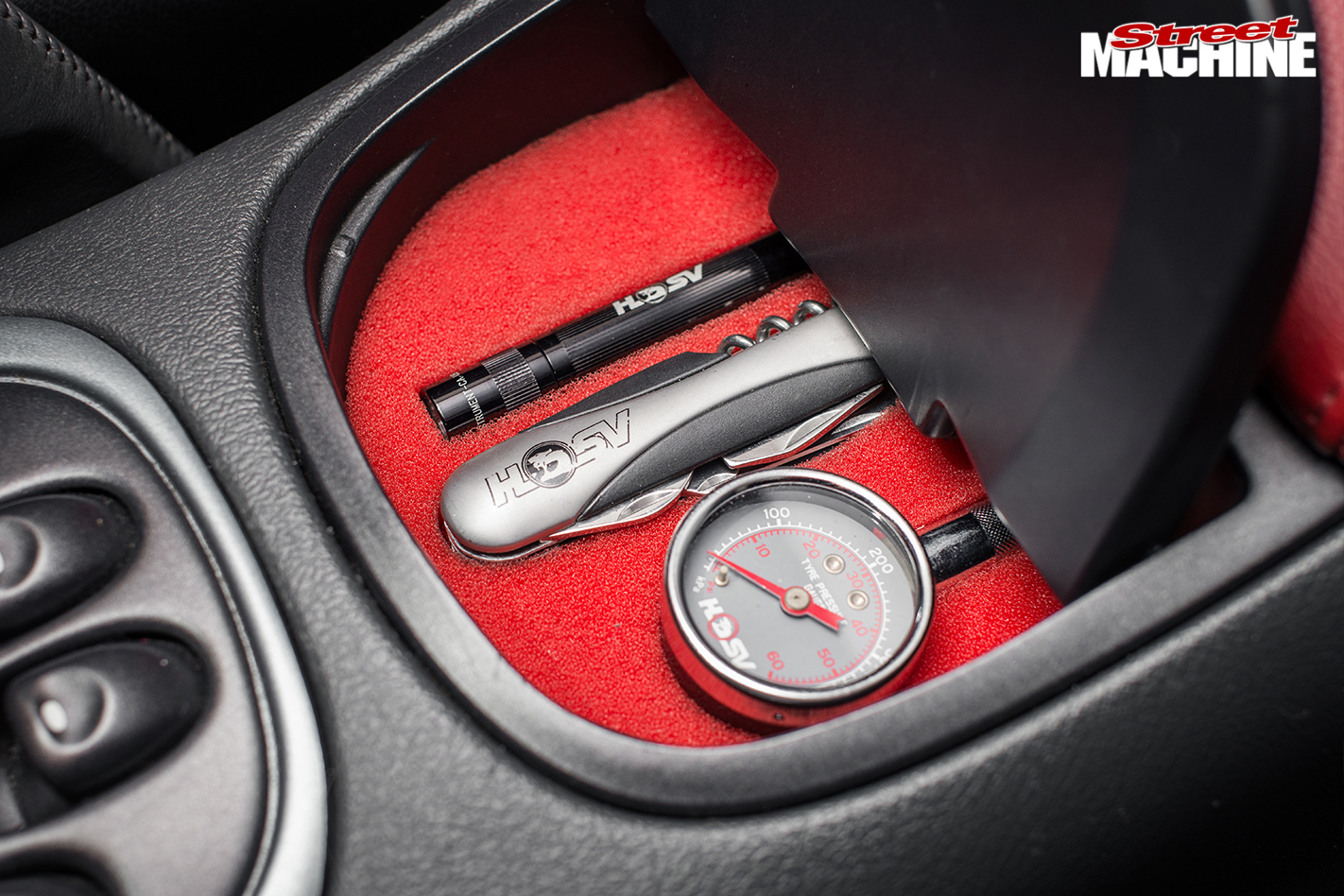 The on-road results also backed up the mega asking price: sister mag MOTOR rattled off a 13.57@176km/h, so close to HSV’s claim of 13.3, while the 0-100 figure was claimed to be 5.1sec. These figures bettered AMG’s E55 and BMW’s M5 of the day, both considered the best high-performance four-door cars at the time. The HSV’s top speed? Over 250km/h! I was privileged enough to get a spin of the VTII GTS when they were new, snagging almost a week in one of the press cars when they were one of the hottest rides around, and boy was it a soulful drive. Thanks to the snappy 3.9 diff gears, the GTS responded to the throttle anywhere, anytime and with a serious punch. 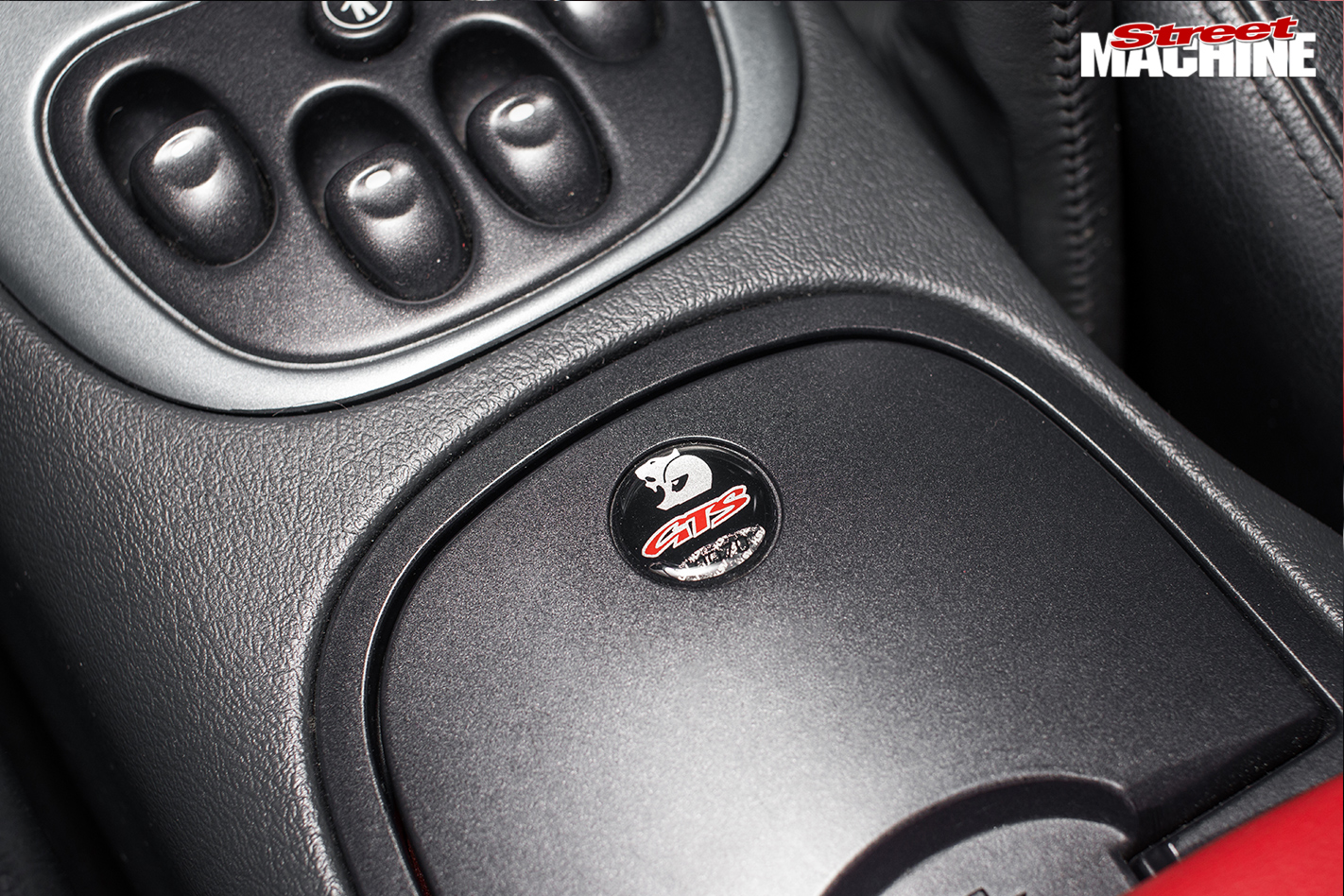 Keep the foot down and the C4B’s deeper lungs made spinning the engine to redline far more sparkly than even the peppy 250kW LS1 HSVs. After a decade of Holden’s injected 165-220kW V8s, driving the 300kW C4B-spec GTS was indoctrination.

HSV has always been tip-top at setting up its models’ suspensions for real roads, so even with liquorice-strip rubber (for the time) the ride wasn’t something that would shake fillings or rattle eyeballs. Propping the rear suspension during hard cornering with the two extra links meant softer, less jiggly trailing arm bushes could be used to reduce bump-thump. 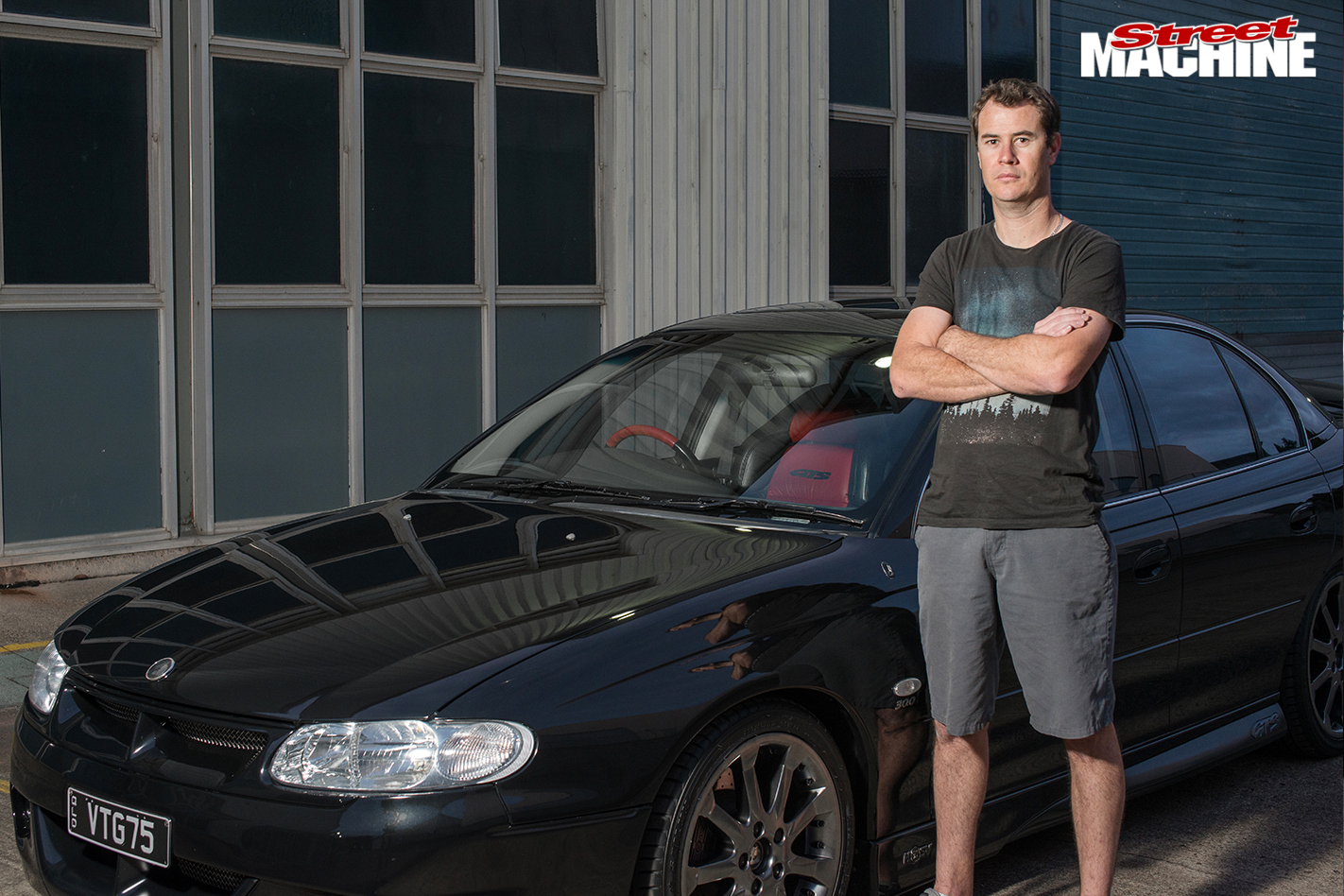 It was another beaut Aussie entry into the international performance car hall of fame, and showed us what a startlingly effective drivers’-car engine the LS1 could be with the right set-up.