Cannonball has some nicely timed stunt work, however it is overshadowed by a strange and rather morbid climatic freeway pile-up

Cannonball has some nicely timed stunt work which oozes that classic 70s car action we all love, however it is overshadowed by a strange and rather morbid climatic freeway pile-up

HOT on the heels of his uber-successful TV series Kung Fu, David Carradine slipped on his best pair of moccasins to play Coy ‘Cannonball’ Buckman in Cannonball. Buckman is a professional racing car driver looking to get back on the circuit after a heavy fall from grace. He is not long out of prison and itching to claim the $100K kitty on offer for the winner of the Trans-America Grand Prix, an illegal road race from Los Angeles to New York.

His sleazy older brother Bennie (Miller) locks down a 1970 Trans Am for the event and sets about organising a number of dodgy deals and often-deadly foul play to ensure Cannonball comes out on top, all in an attempt to line his own pockets. 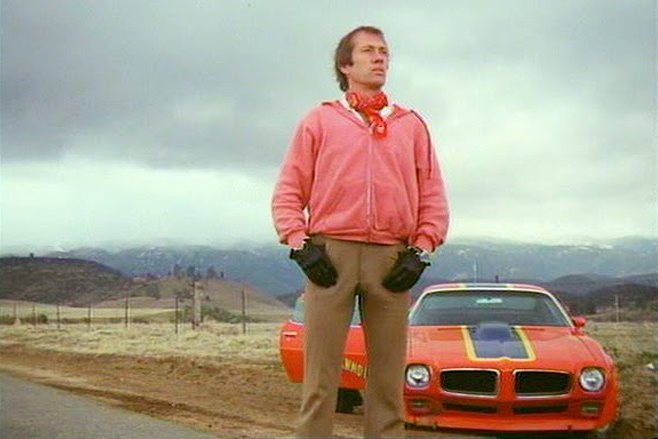 But Bennie doesn’t count on wildcard entrant and Cannonball’s arch-enemy, Cade Redman (McKinney) in his menacing ’68 Dodge Charger, to have an agenda of his own, and it’s soon apparent that Bennie has also underestimated the remaining motley but determined racers who are all keen to claim that first-prize booty.

Cannonball is joined by his girlfriend-cum-parole officer, Linda (a breakout role for the smokin’ hot Veronica Hamel, best remembered as Joyce Davenport in Hill Street Blues), who reluctantly rides shotgun but turns a blind eye to her career responsibilities once Cannonball’s life is threatened.

The pair is aided by Cannonball’s best friend and mechanic, Zippo (Hahn), who fronts up in a matching Trans Am to run as a decoy in the hope of giving his mate a fighting chance.

Cannonball was Carradine’s second collaboration with director Paul Bartel, following on from their cult-classic Death Race 2000 in 1975, but this time ’round they planned for a light-hearted version of the road-race concept. It was pegged as an action/comedy/drama, but actually the ‘comedy’ element is pretty much non-existent here. The dark slant Bartel brought to Death Race must have been hard to shake, as the film climaxes with a fiery freeway pile-up that is pretty grisly to watch and feels like a totally unnecessary inclusion. 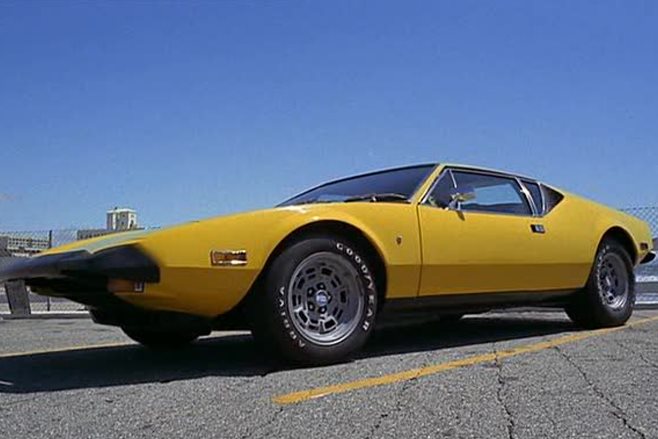 CANNONBALL is a fairly disjointed film that has a far more serious vibe than the similarly themed Gumball Rally or Burt Reynolds’s Cannonball Run franchise, but it’s okay for a mindless watch if you just feel like perving on some cool old-school cars. The Trans Am and Dodge Charger look the part but oddly appear to need plenty of coaxing to fry the tyres. However, it’s the awesome green ’69 Mustang that takes the cake for me with its healthy rake, big slot mags and sidepipes. The supporting characters are the flick’s other saving grace. James Keach is fantastic as Wolfe, the sharp-witted, arrogant De Tomaso-driving German, but it’s the smooth-talking hipster Beutell (Clay) returning the battered Lincoln he raced to its mortified owners then casually strolling off into the sunset that ends the film with a smile. Oh, and I wasn’t joking about Cannonball wearing moccasins, either! 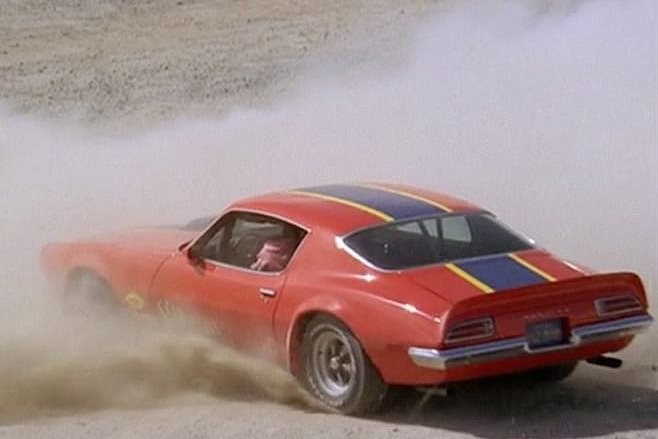 The 'real' US Cannonball road race was inspired by Erwin 'Cannon Ball' Baker, who in 1933 drove a Graham-Paige Blue Streak 8 coast-to-coast and with an average speed of over 50mph.