WE’VE been having a serious spring clean at home recently, and I came across two photos (one is shown above), which have quite a back-story.

As a teen in the mid-80s, I used to pore over car magazines. Street Machine’s Plankkman and Wayne & Vicky were great regular features, but my favourite was Kelly’s Kolumn (yes, both with a K) in the now long-defunct Street & Custom magazine; I’d read it religiously and repeatedly. 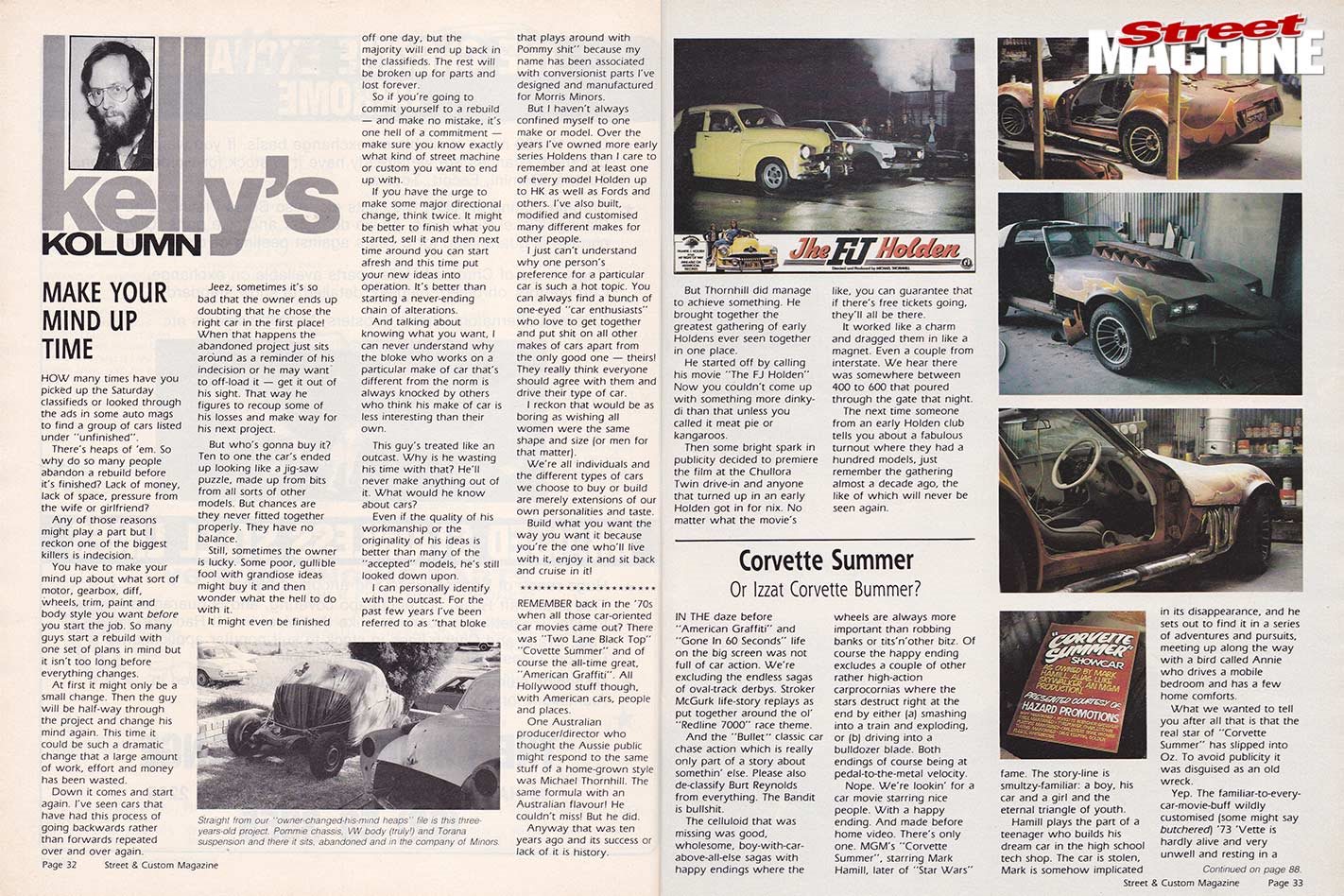 Paul Kelly was already a legend of the Aussie custom scene 30 years ago and a stalwart for period builds of the 50s, 60s and 70s – styles that were quickly losing favour as we edged towards the stock-bodied boredom of the 90s through to now.

Paul’s column and stories introduced me to Aussie custom pioneers such as Dale Fisher, as well as many ground-breaking Australian custom cars, most of which were built well before my time.

Read next: Automotive photography - how to take better photos

This interest saw me regularly pedal my BMX to Marriott’s book exchange at Ashgrove, Brisbane, where they sold cheap copies of 1960s Australian Hot Rod and Australian Hot Rodding Review magazines. For under 10 bucks I’d fill a backpack and pedal home to immerse myself in cars from two decades earlier.

One of Paul’s columns that really triggered something in me was about how as a young bloke with a Box Brownie camera he’d poke and prod his way around the neighbourhood taking photos of wrecked and abandoned cars – or projects in the works – often through cracks in gates or over fences, marking their place in time I guess. 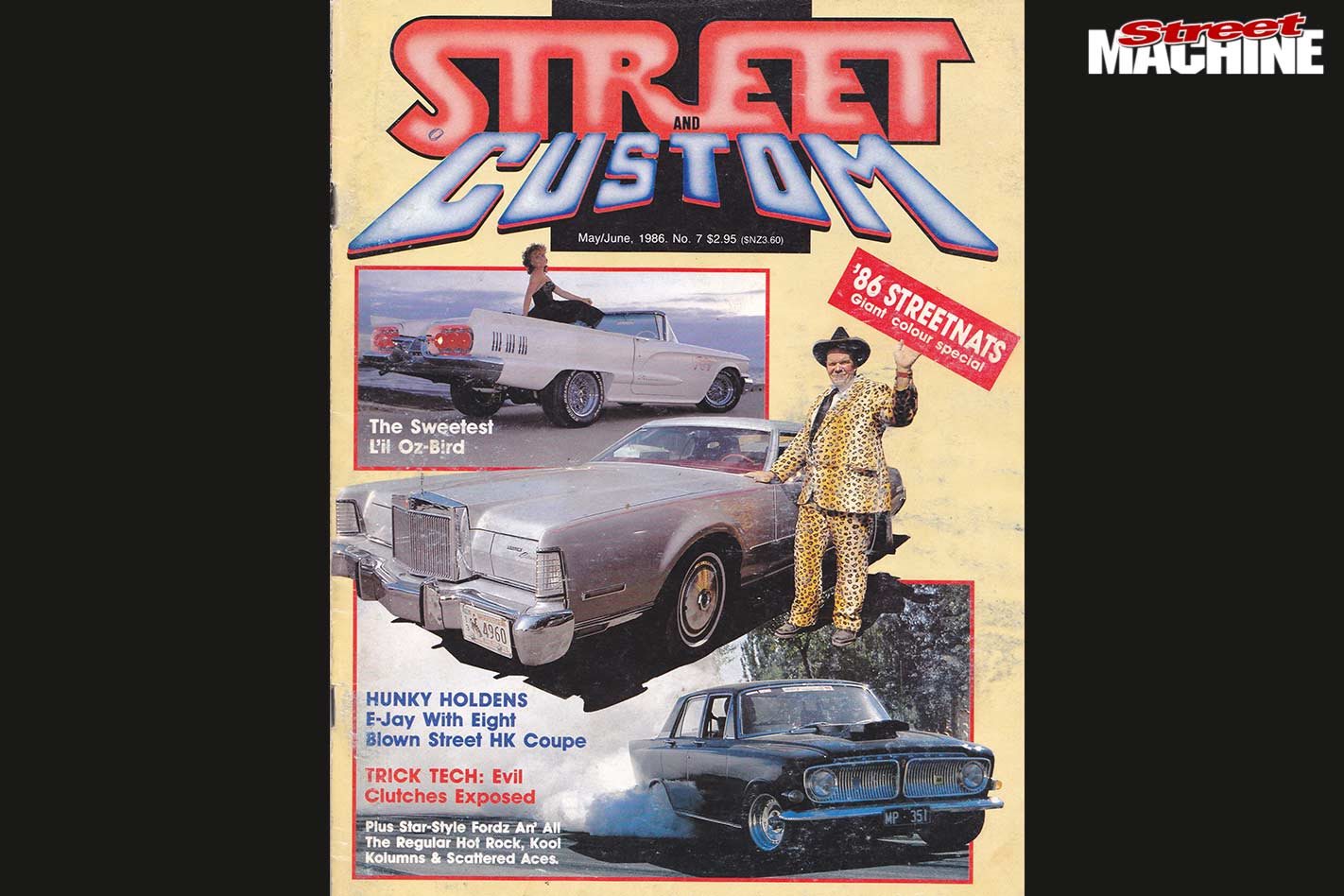 The May/June 1986 issue of Street & Custom magazine, complete with Kelly's Kolumn, which was one of the young Mr Major's favourite regular reads

I’d not long been given a fully automatic camera by my folks and I knew of some wrecks, so around 1988 my good mate Pete Jones and I headed off on an adventure to explore the massive horse paddocks and bush near Hilder Road State School at The Gap.

We were well familiar with this area; a few years earlier we’d been part of a posse of kids who built the coolest BMX track on vacant land across from these paddocks at the corner of Hilder and Kaloma Roads. Kids from all walks of life and schools banded together with shovels and picks building berms and jumps, forging new friendships over hard yakka. Of course by 1985 that track was mown down for houses, and our grassroots social network never recovered.

Read next: The automotive photography of Chris Thorogood

But I digress; Pete and I hid our BMXs in the lantana that surrounded the paddocks and we followed the horse tracks in on foot. We found this Morrie ute and an early Mainline – I swear I’ve still got the build plate off the Mainline here, but sadly I broke the glovebox V8 badge while trying to remove it. There were vintage truck cabs galore, a ’36 Ford sedan, and an old Willys 7. There was even a Model T chassis with a brass radiator, plus plenty of other cool cars ready for the snapping!

But that wasn’t to be; after taking only these two photos you see here, I heard the ominous whir of the camera rewinding. I couldn’t believe it. Being fun teens we’d taken a heap of dumb photos on the way over – my neighbour’s HJ ute, some random dog, an HQ Premier with huge jellybeans on the back, Pete jumping his bike, and, oddly enough, a plastic bag on the roadside that was full of bongs. After 10 photos, we’d sensibly called it quits to leave us with 14 shots on the Kodak 24 roll. Except it was a 12-shot film. Seriously, the tightarse at the camera shop had given us a ‘free’ 12-exposure roll instead of the promised 24, which was ridiculous, and I was too naive to know better and check. 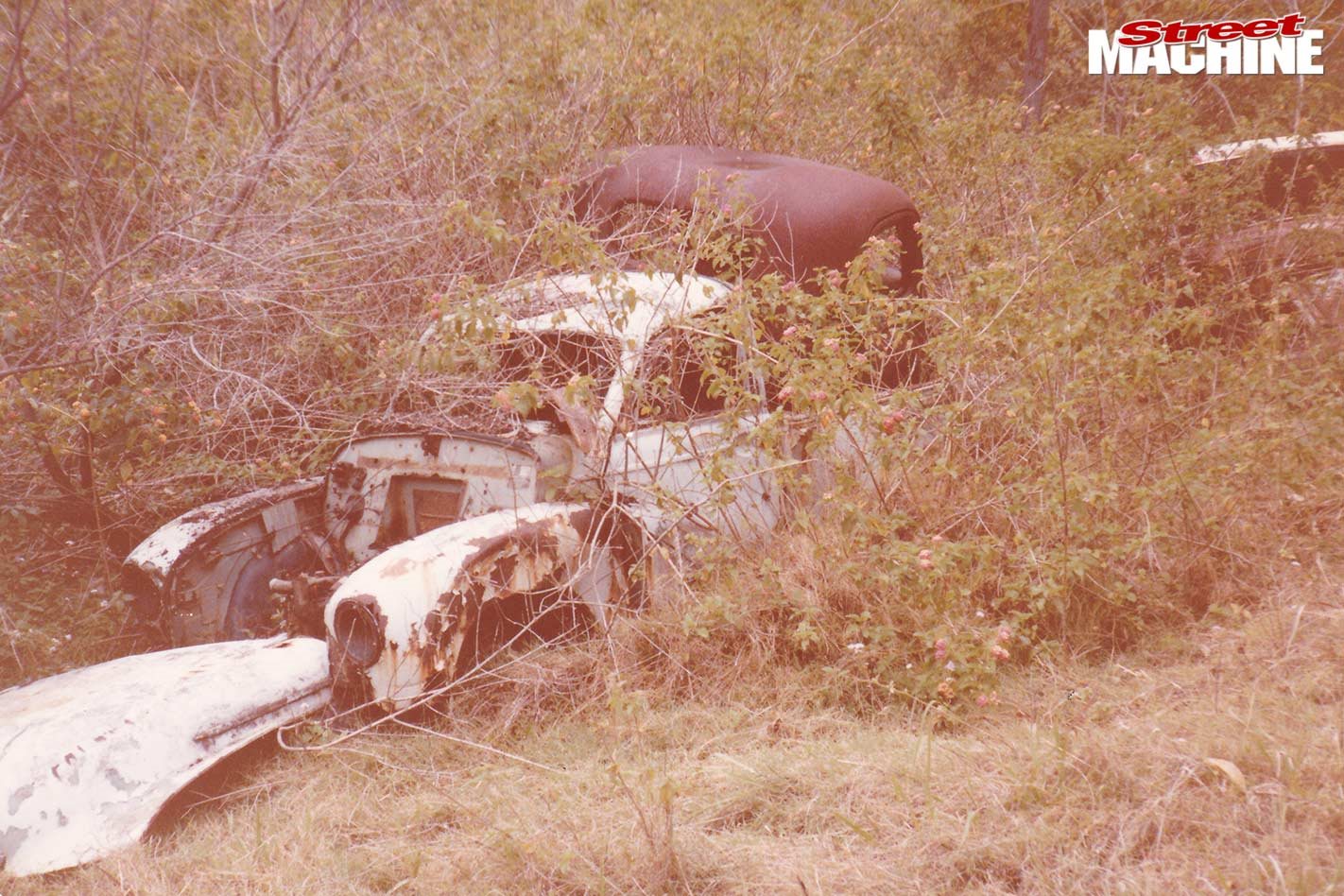 The two dilapidated relics captured for posterity by a teenaged Simo on his photo expedition to the bushland of The Gap around 30 years ago; a Ford Mainline ute (main photo, top) and Morris Minor (above)

Anyway, we kept on trucking and found a heap more cars, most notably a black Morris Oxford somehow jammed between two trees, and wondered at an HG Holden hit that hard in the front that the headlights were hard up against the firewall and the front doors were jammed permanently wide open. I ponder now over the rotten EK ute we smashed the windows on (hey, I never said we weren’t pricks); it was a smidge over 25 years old then and the equivalent of a VR Commodore today.

Sadly, I never made time to get back and take more photos. Cars and chasing chicks took over, and within a few years the paddocks got cleared out and turned into a huge housing estate.

But that column of Paul’s has always stuck with me, and for the past 30 years I have taken pics of interesting cars – and anything really – through my travels from wrecking yards and towing yards to sheds and the roadside.

Part of this current cleanout included the retrieval and cataloguing of my old car magazines, memories in print that I’ve been reminiscing over and treating as treasures of my youth. These well-thumbed pages offer up old cars, names and events that have long disappeared from our scene.

It saddens me to think that the pleasure of curling up and devouring a great hard-copy book or magazine will likely become an experience lost to future generations addicted to screens, especially as digital subscriptions disappear through lost passwords, hard-drive crashes and superseded iPads.