NOBODY hates a Pixar film; however, the pioneering digital studio has copped endless flack over their Cars franchise, which is repeatedly reviewed as the weakest on their résumé.

Perhaps some of the hate for the adventures of race car Lightning McQueen (voiced by Owen Wilson) and his tow truck buddy Mater (Larry the Cable Guy) is valid. The first Cars movie (2006) was full of heart and valuable life lessons for McQueen, yet inadvertently ended up being a remake of Michael J Fox’s 1991 romantic comedy Doc Hollywood. Conversely, Cars 2 (2011) had zero heart and sentimentality; instead, Pixar presented us with a relentless action film set to Mater’s Southern-hick-out-of-his-element hijinks. 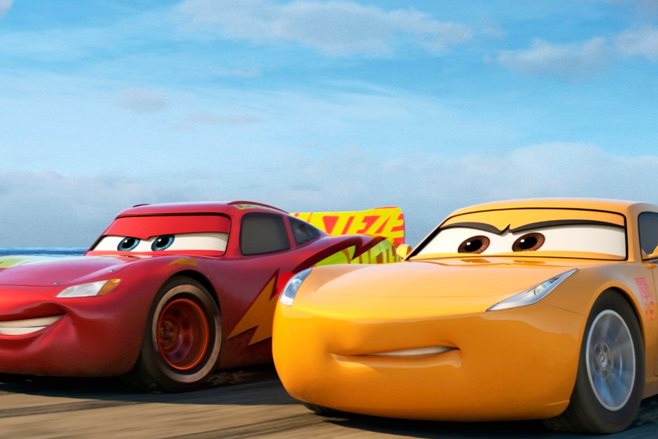 Even so, both movies have been technically brilliant, visually astounding and chock-full of automotive in-jokes. Anyone who reviews them without gushing over Cadillac-inspired mountain ranges, Whitworth bolt-bearing villains and the offer of a “free Lincoln Continental breakfast” at the Cozy Cone Motel just doesn’t get cars.

Which brings us to Cars 3, which has just been released in Australia; it’s a welcome return to the sentimental, sepia-toned, Route 66-inspired feel of the original film. 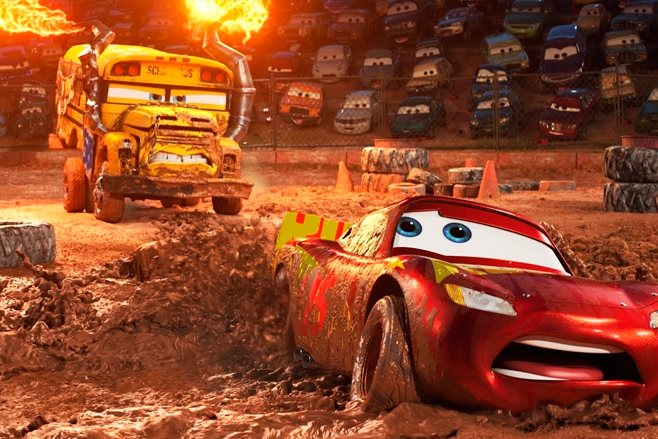 Now a veteran legend of the race track, Lightning is still consistently at the pointy end of the field, jostling for podium positions amongst a core group of respectful rivals. That is until technologically advanced rookie Jackson Storm (Armie Hammer) makes mincemeat of the established frontrunners, plonking himself in P1 in his first race.

But Storm isn’t the main antagonist here; the passage of time is. Following Storm’s victory, ever-increasing numbers of similar, new-generation cars enter the fray, forcing older racers to retire or be fired by their sponsors. Ever-competitive, Lightning ends up pushing himself too hard and bins it. 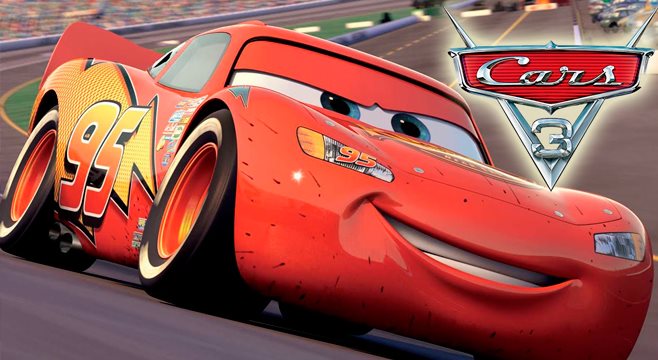 During his primer-sporting convalescence, he confronts ageing, loss and the possibility that there are faster race cars out there.

Seeking an edge, he attends Rust-Eze’s new racing training centre, resplendent with dyno/treadmills, cutting-edge simulators and a perky racing coach, Cruz Ramirez (Cristela Alonzo). Lightning finds Cruz’s methods jarring and the machinery bewildering; but in turn he schools her on the established training regimen his hero Doc Hudson (the late Paul Newman) passed down to him.

Lightning meets with Doc’s old mates from the glory days, attempting to get into his late friend’s head and work out how ‘The Fabulous Hudson Hornet’ became so fabulous. Paul Newman recorded a ton of extra dialogue while reading his part for the original movie, enabling Cars 3 director Brian Fee to write the actor into the new film, despite being dead since 2008.

Car enthusiasts will smile wryly at the many signposted placenames in Cars 3, such as Spark Plug Gap and Gudgeon Pines – blink-and-you’ll-miss-them winks from Pixar’s car-loving team directly to people like us. But the sheer beauty and detail of the rotting Thomasville Speedway, Doc Hudson’s home track, will arouse emotions of nostalgia you didn’t know you had for something that doesn’t actually exist. 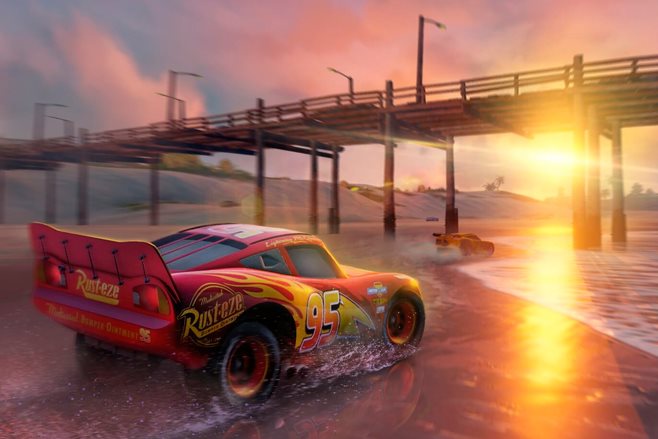 Overlook any reviews that disparage Cars 3; sure, it’s not Shakespeare, but like all Pixar flicks, it’s fun, colourful, slick and full of wit, and definitely worth seeing on the big screen. Every track-torn rubber pebble, every chrome-laden old-timer and every fleeting car reference will keep you riveted until the credits roll.

PLOT: Established NASCAR legend Lightning McQueen finds himself fast becoming irrelevant against a new breed of race car. He makes a pilgrimage to his hero’s hometown and discovers something about himself

In his role as Doc Hudson in the original film, Paul Newman recorded 28 hours of stories from his racing career, some of which were used to voice Doc in flashbacks in Cars 3.