With the final Holden V6 rolling off the line at Fisherman's Bend, we pay tribute to the carmaker's tough little homebrewed six-pot red motor

THE red Holden six isn’t the biggest or most powerful six-cylinder engine made by the Big Three, but it would have to be the motor that more young Aussie street machiners have cut their teeth on than any other.

We’ve featured 100s of them over the years and they have a stellar history on the race track, from the early days of touring cars, speedway and drag racing to rally, rallycross and the popular HQ racers.

The red is a genuine Australian too — while there was a newly released Chev six up for grabs, GMH had engineer Ed Silins design a donk that would suit the size of the Holden. The engine was built at the brand new Fishermans’s Bend plant — built for £11 million — that could pump out an engine every 90 seconds. The red motor and its decendents saw duty not only in full-size Holdens, Toranas and ’Dores, but also in Bedford vans and as industrial engines for forklifts and the like. 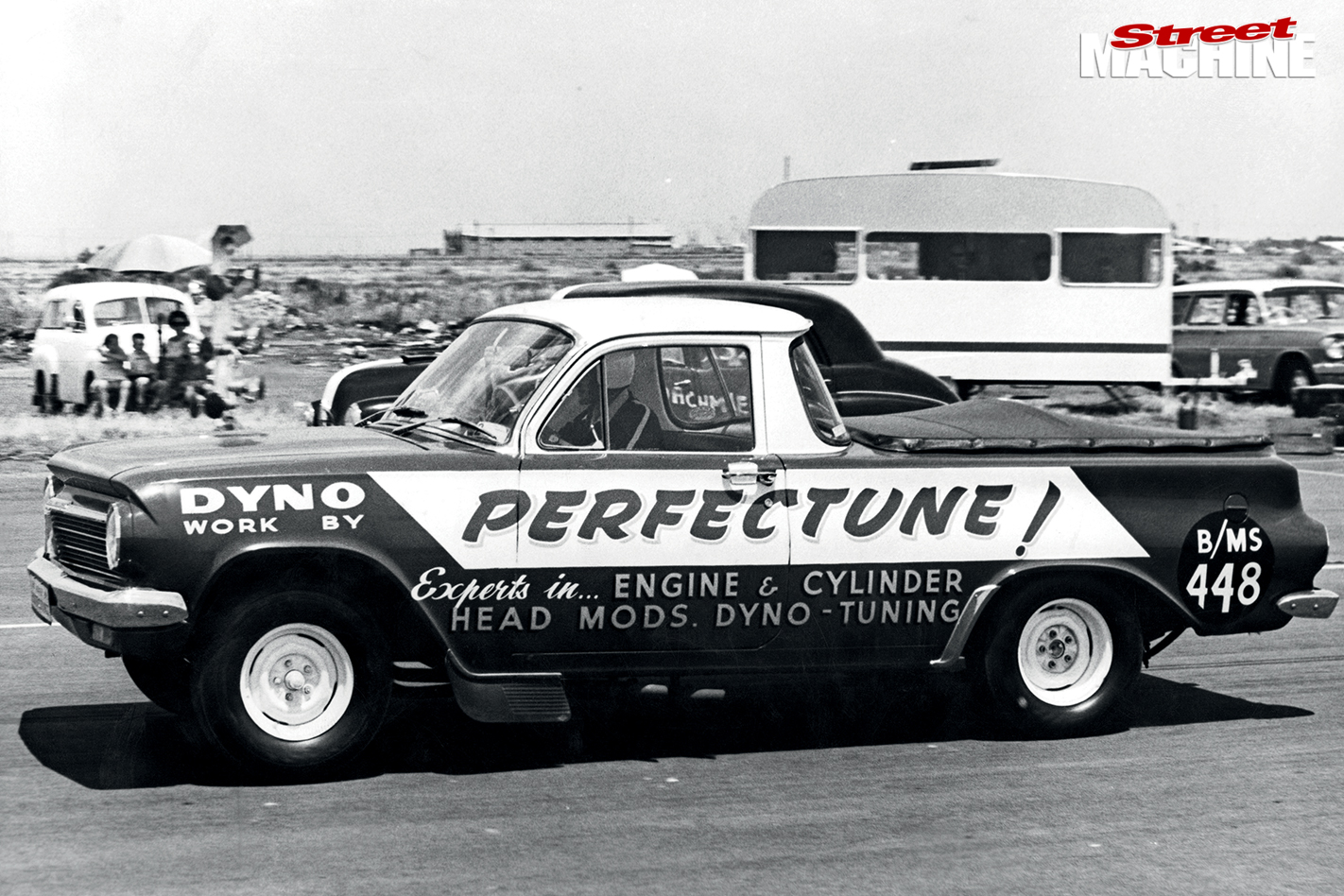 Dave Bennett, of Perfectune and Yella Terra fame, was a major player in the history of the red motor. He got his EH ute honking in the mid-14s when it was virtually brand new

Released with the EH Holden in 1963, it replaced the then 15-year-old grey motor and catapulted the Holden’s performance into a new dimension. Initially available in 149 and 179 cubic inch capacities, the red was also produced as a baby 138ci version for the LC Torana, added 161 and 186ci versions for the HK Holden and finally 173 and 202ci from the HQ onwards.

The red motor copped the rough end of the new Australian Design Rules with the release of the HX. Named the XT4, the emission control gear knocked around performance significantly, with power on the 202 dropping from 135 to 110hp. 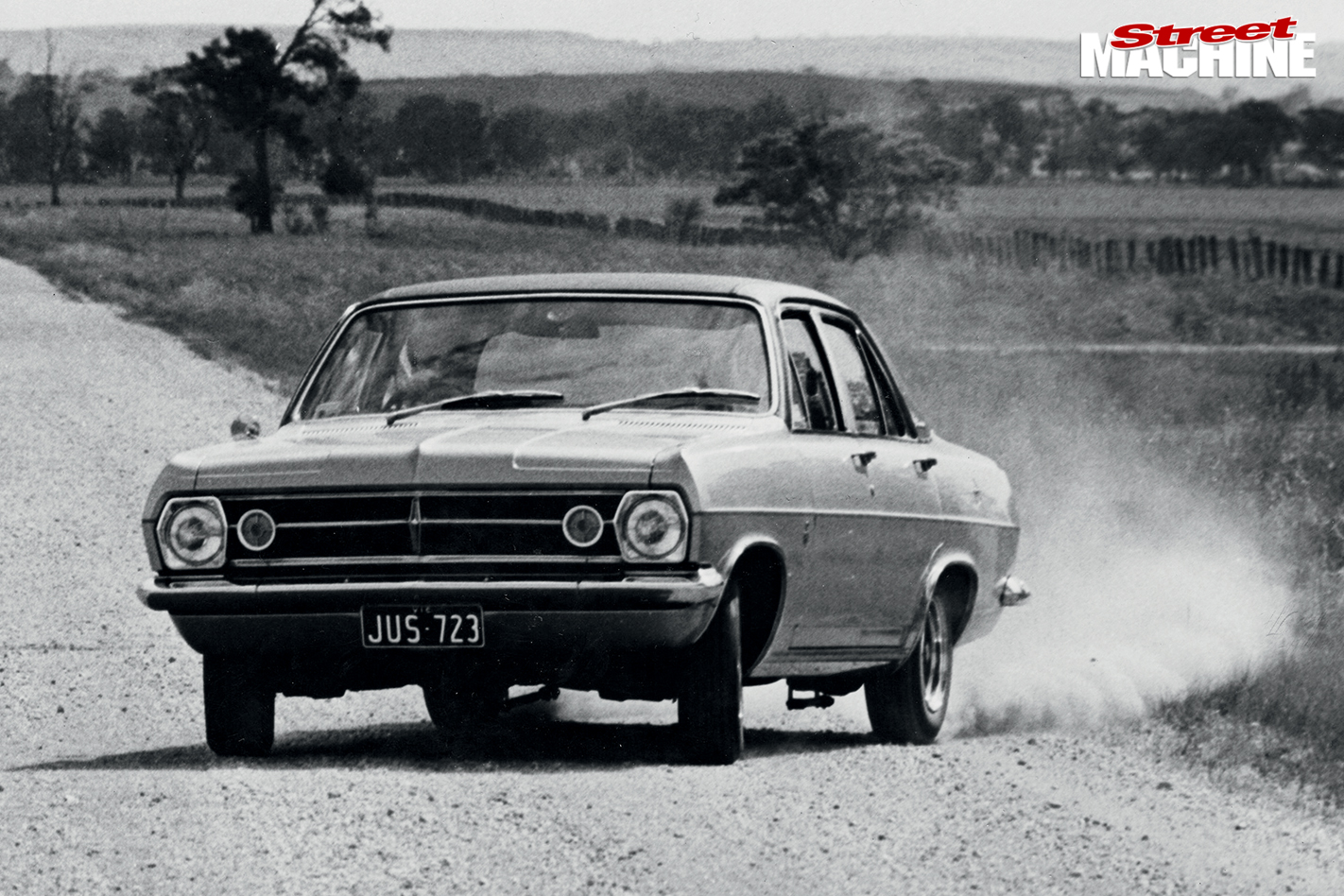 Dave also developed the Sprint GT package, which transformed a stock 186S HR into an XR GT beater for $130 and supplied Holden with heads for the GTR XU-1.

To add insult to that injury, a four-cylinder version of the 173 was released in September ’78. Named the Starfire Four, it was used in the Sunbird, the Toyota Corona and four-pot Commodores.

The six got a major upgrade in the VC Commodore. Now painted blue and officially named the XT5, it was treated to a 12-port head, tougher conrods and a 12-counterweight crank, as well as electronic ignition. 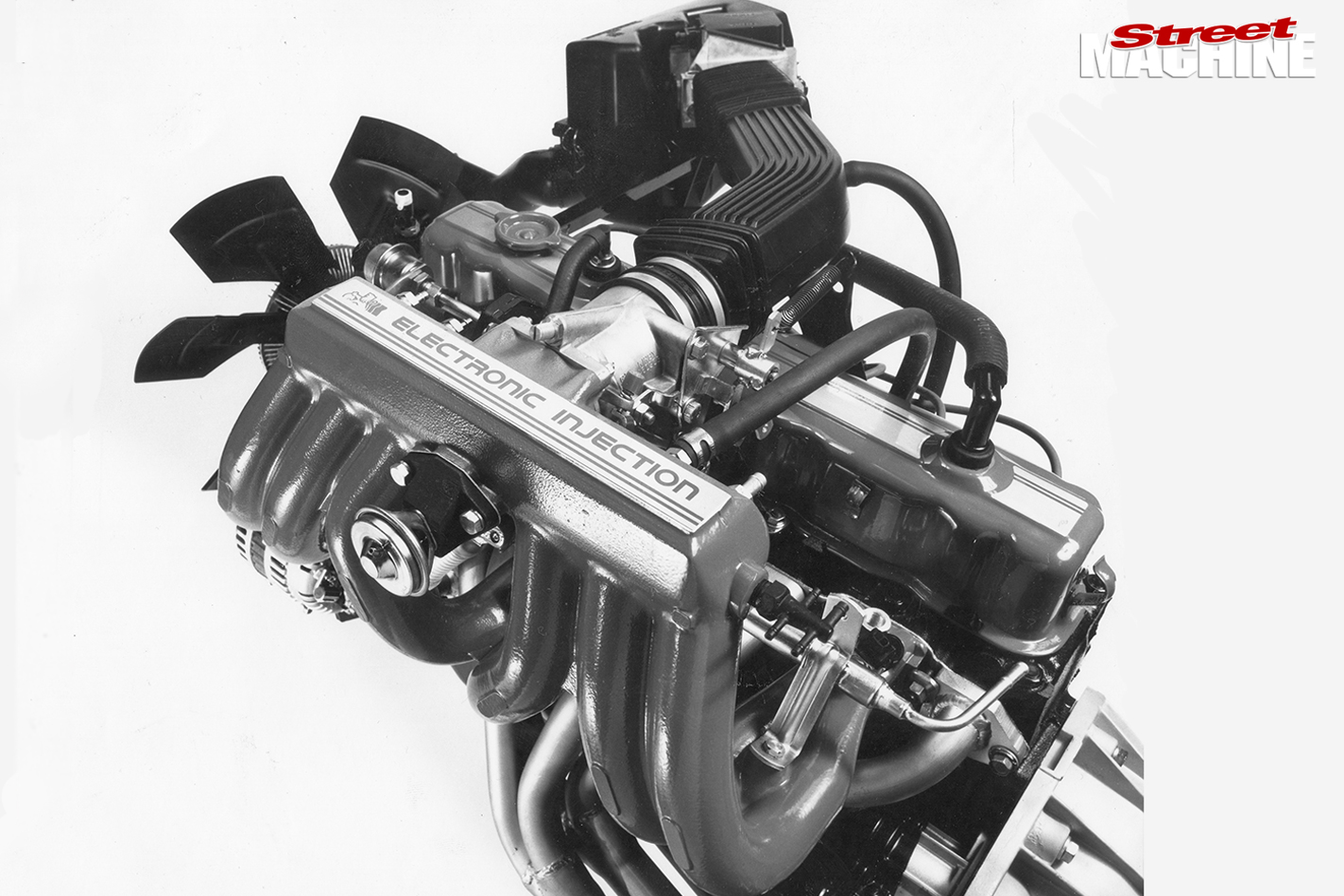 The final version was the black motor, which came with the VK. This was most notable for the introduction of Bosch-Jetronic EFI. It lifted grunt to a heady 144hp, but it was all too late. After 24 years service, the homegrown six was replaced by the smooth Nissan RB30 six. 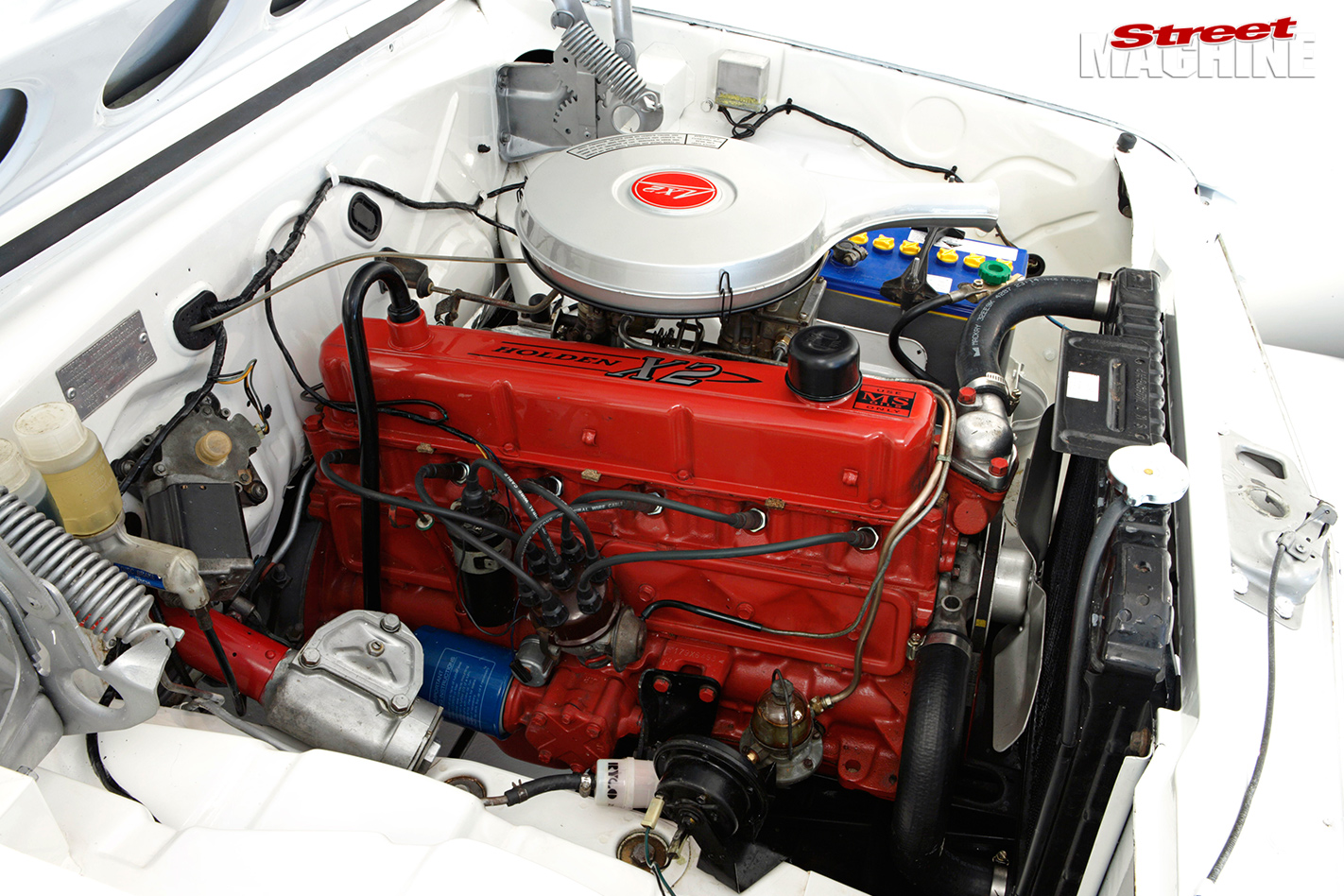 X2
The first-ever performance engine from Holden was the X2 179, released with the HD Holden in Feb ’65. GMH followed the aftermarket’s lead and added twin carbs, a warm cam, cast iron headers, modified ignition and a sports exhaust, good for 140hp at 4600rpm. The X2 was upgraded to 186ci with the HR, which made 145hp and was replaced by the 186S in June ’67. 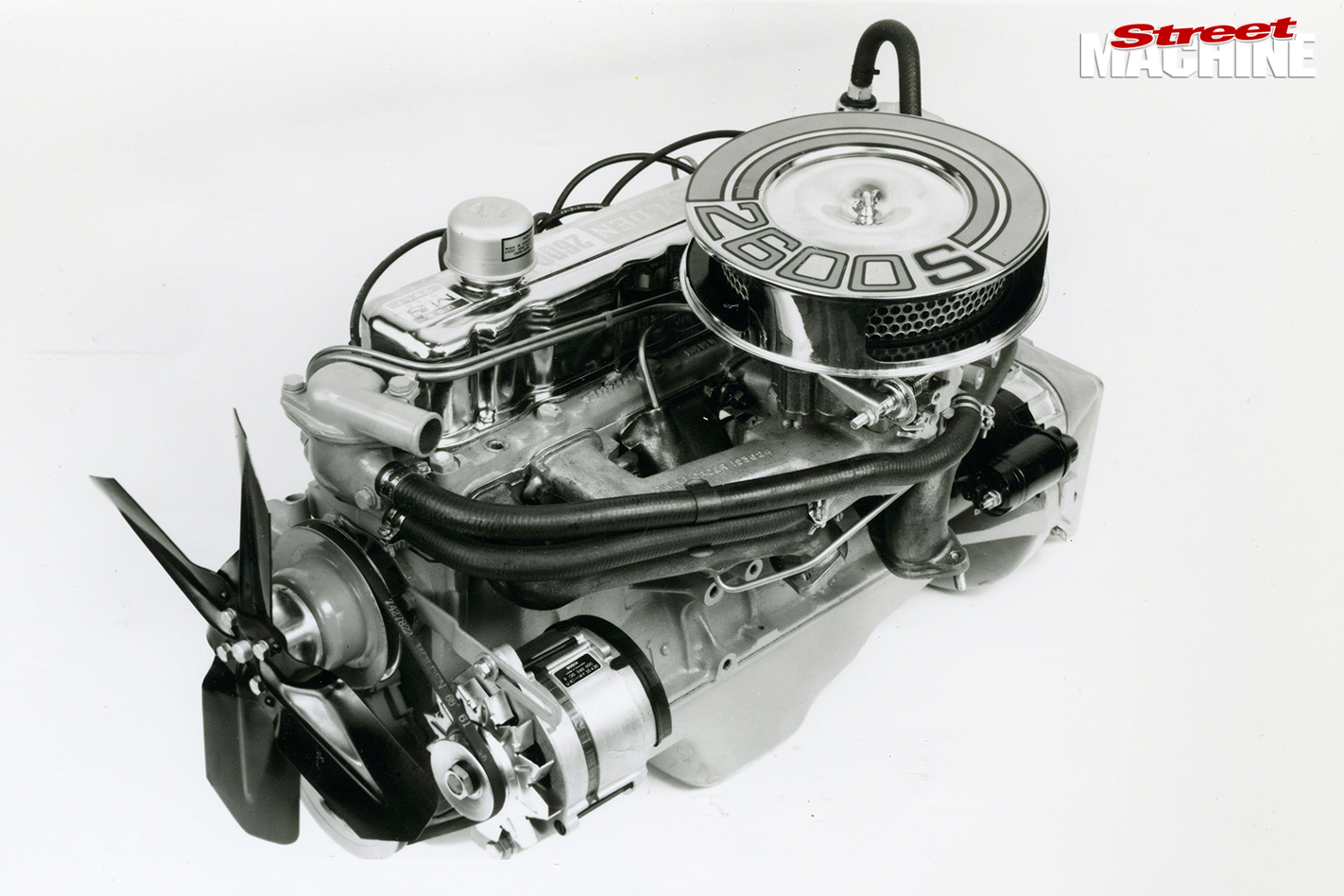 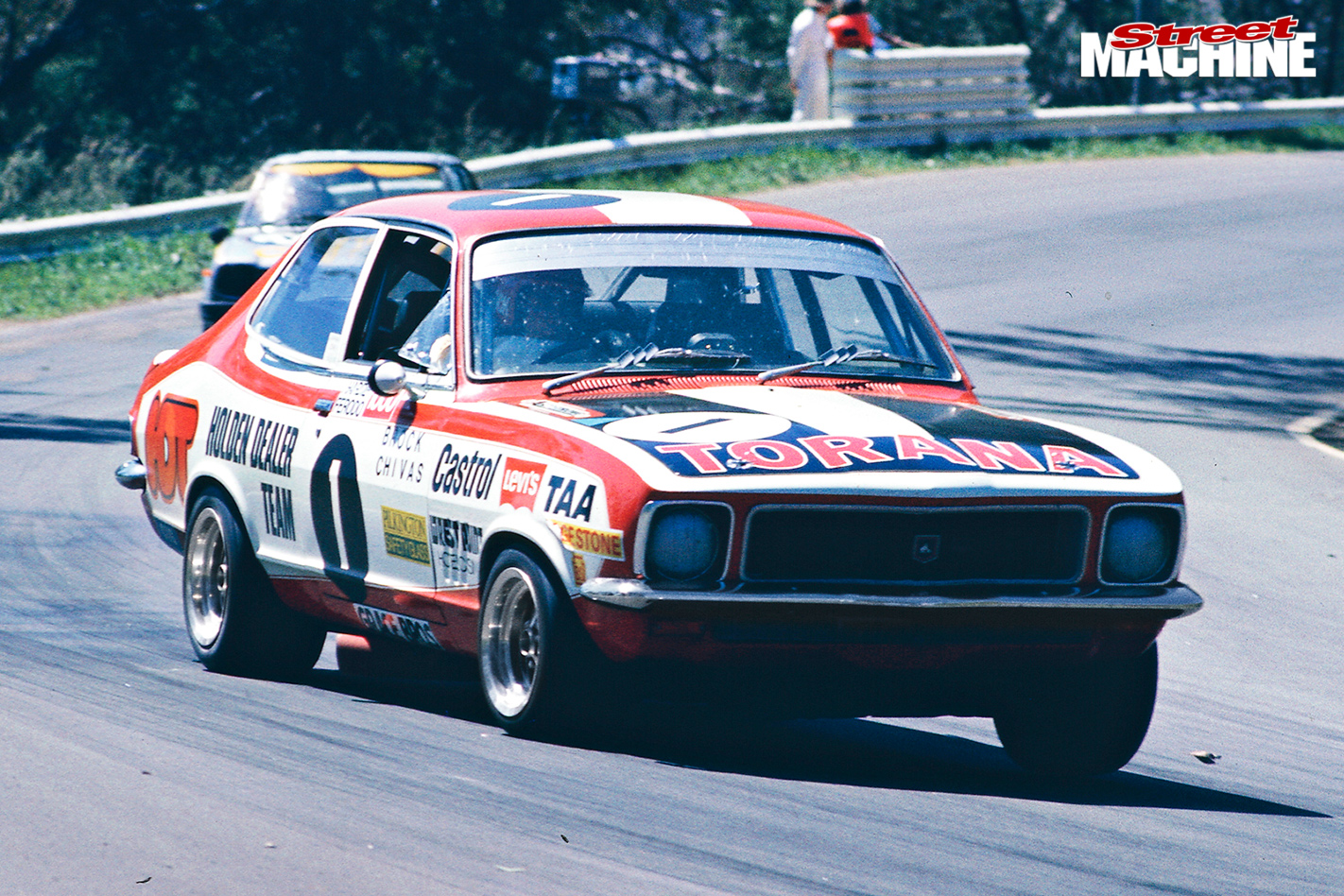 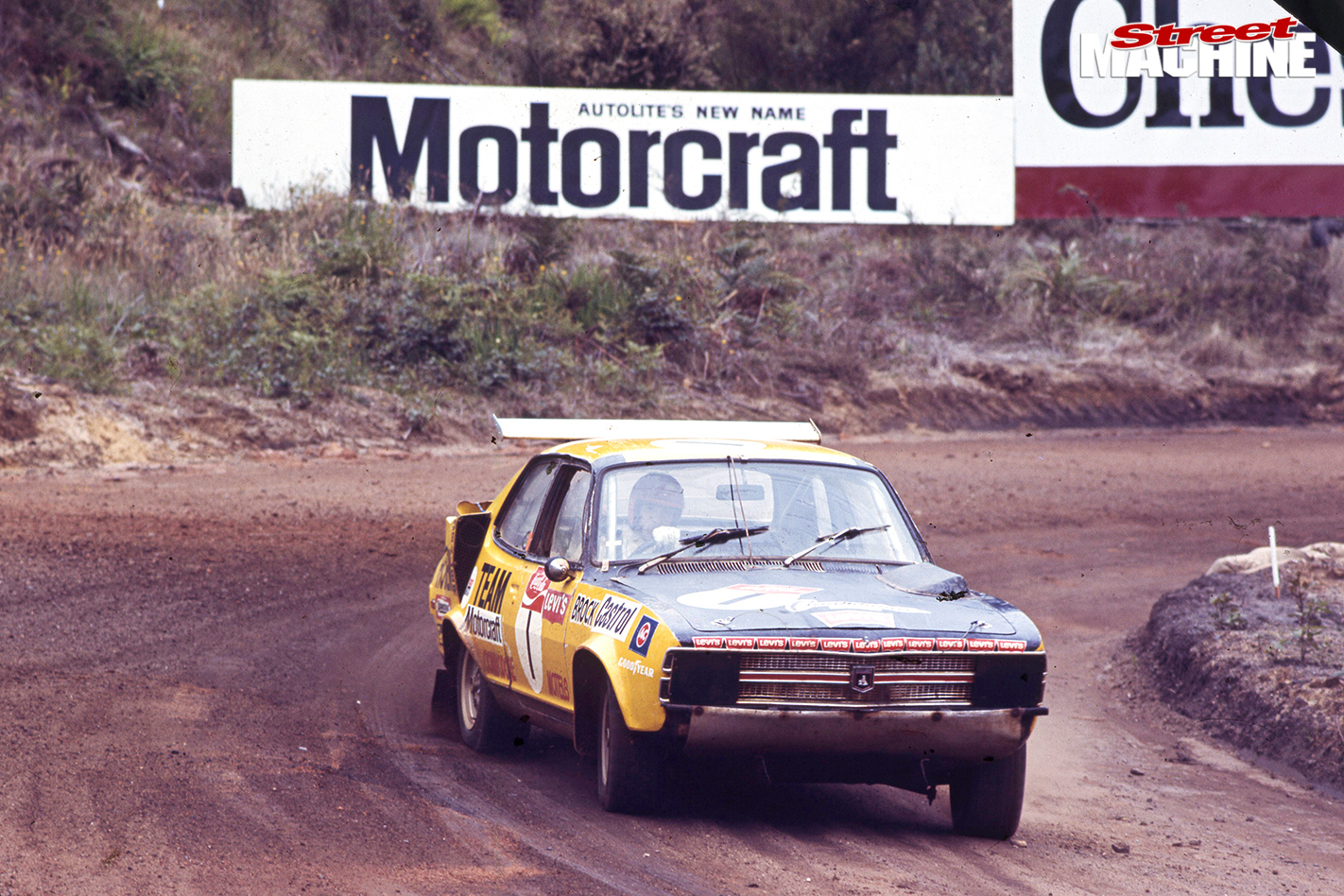 The XU-1 was also successful off-road, with Colin Bond and George Shepheard taking the Australian Rally Champs in 1971 in an LC XU-1, amongst many other wins. 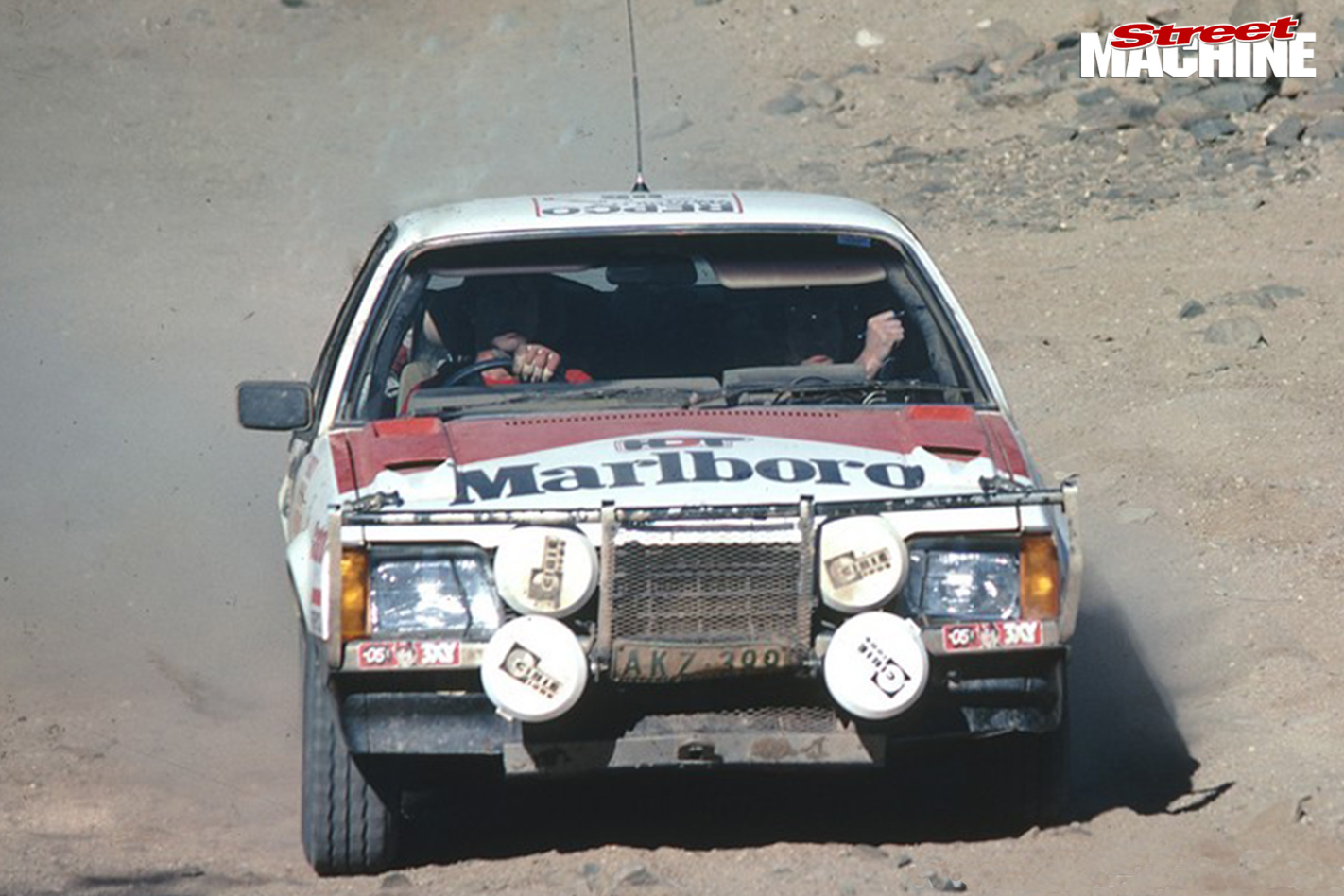 Peter Brock dominated rallycross that year, with the supercharged HDT Beast. The final big win for the red six was the VB Commodore’s 1-2-3 in the Repco Reliability Trial of 1979. 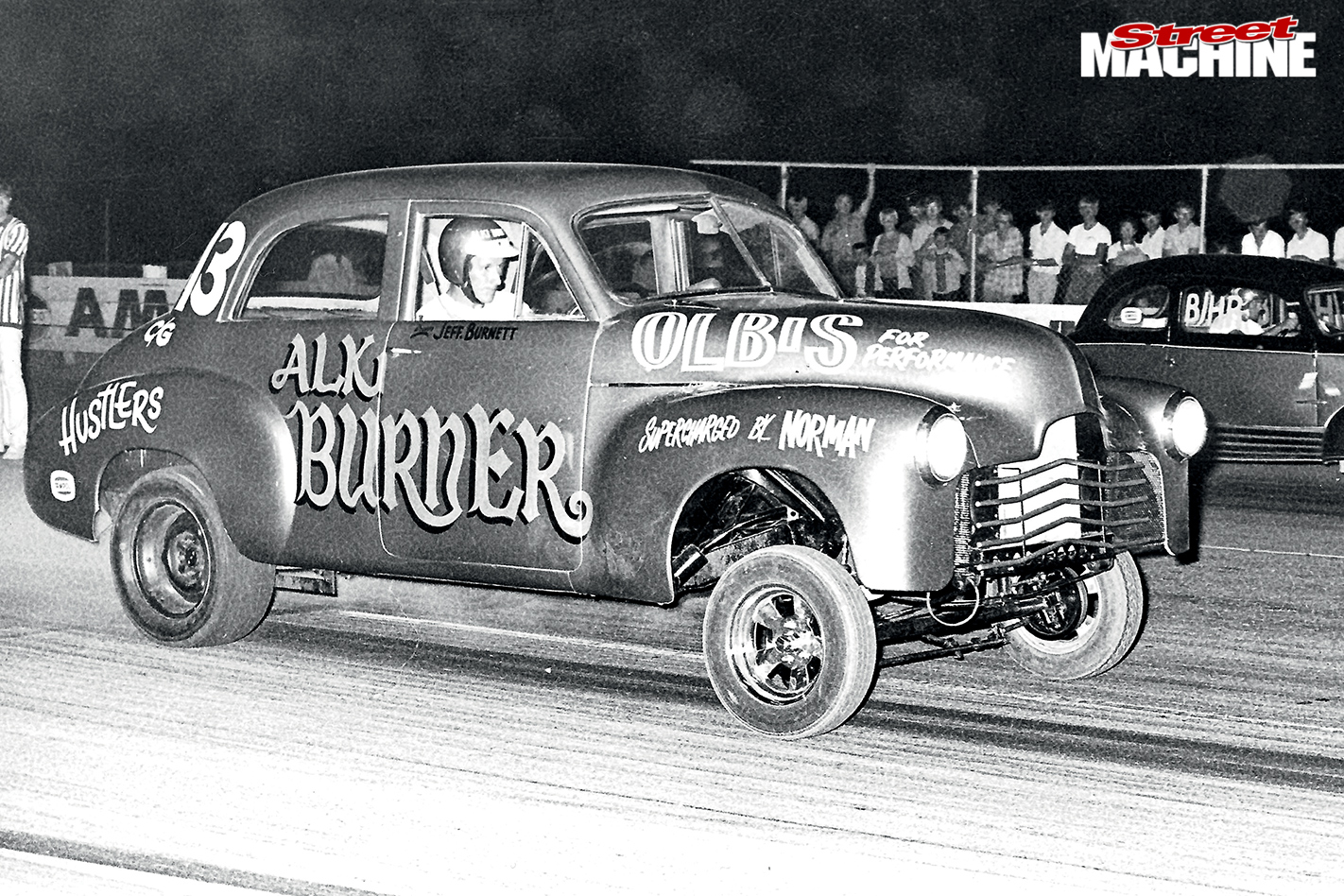 Drag racing was a great driver of red motor development in the late 60s. The Jeff Burnett/Ross Donn Alki Burner FJ was just one of many racing reds, and ran a Norman blower to become the first FJ in the 11s. 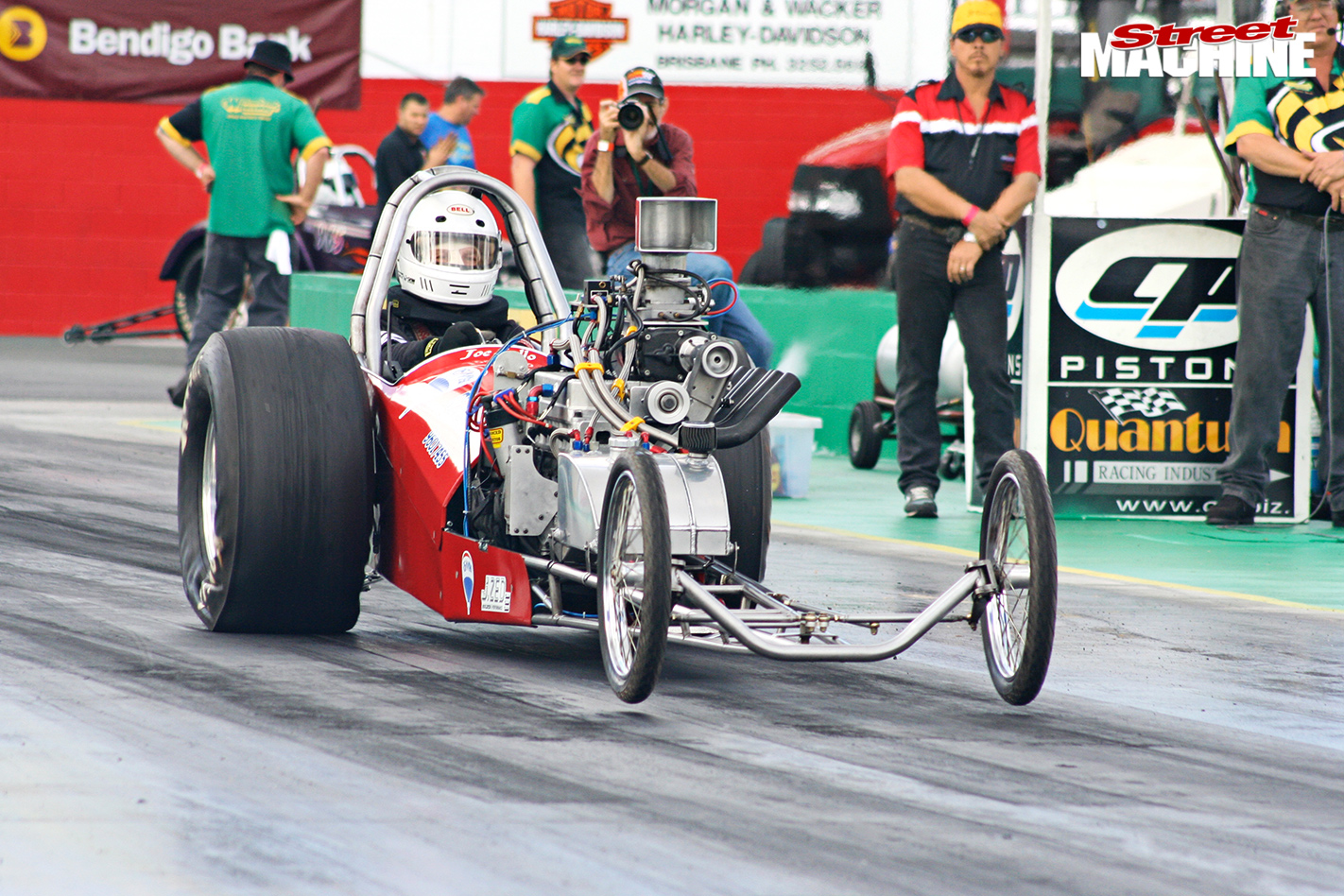 One of the legends of red motor go-fast gear is Frank Duggan, who not only made mechanical injection set-ups for the Holden six, but also a 12-port alloy head. The design was sold to Sydney’s Joe Zullo, who continues to develop it under the J.Zed banner. In blown form, Joe’s FED has run a stonking 7.7-second pass and he’s just finishing work on a killer aspirated version. 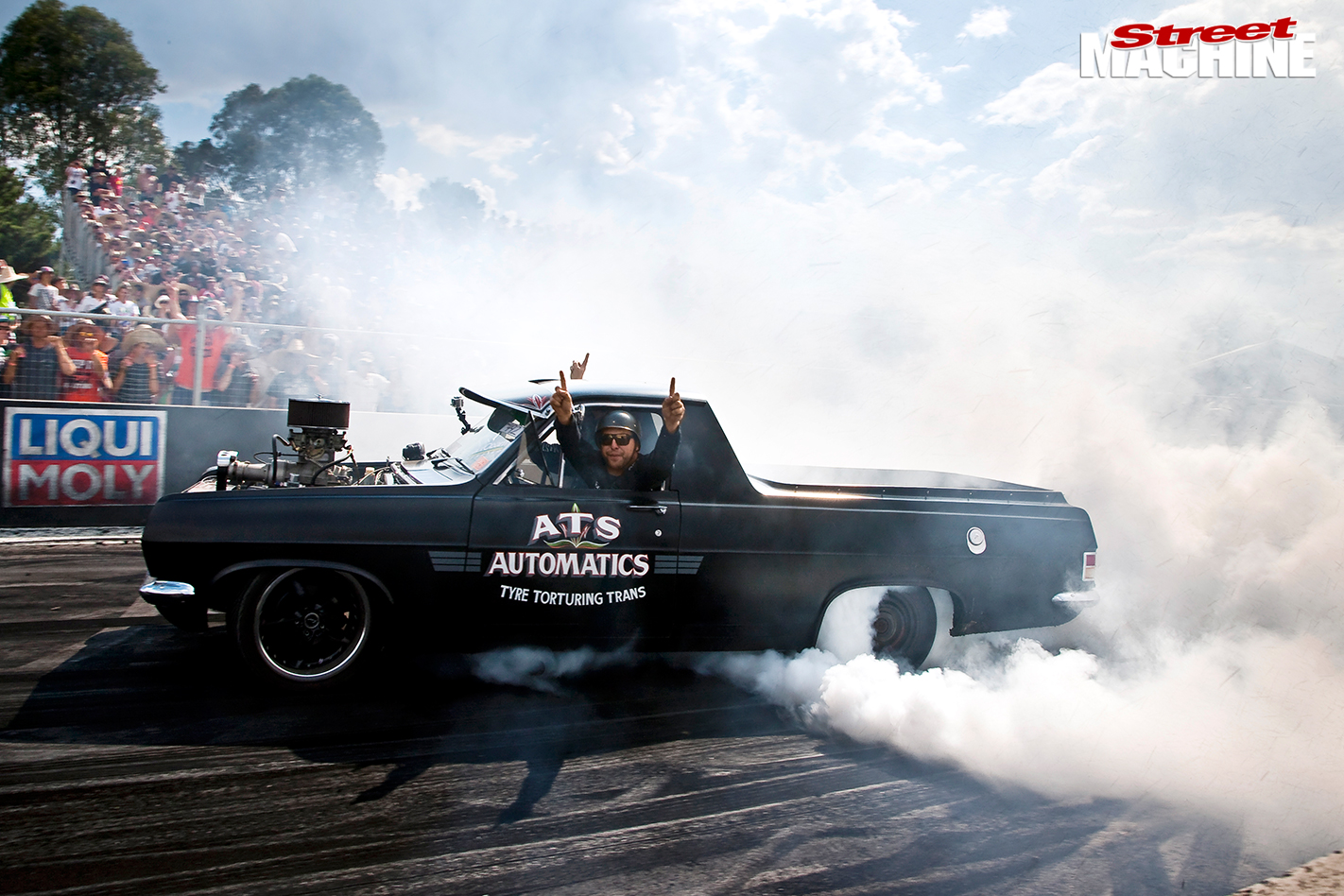 Adam Slorach and a few other die hards have been punishing blown Holden sixes in the burnout arena with great success. Adam pilots the NUMNUTS HR Holden ute which runs a Weiand blower on methanol and surprisingly basic internals and valve train 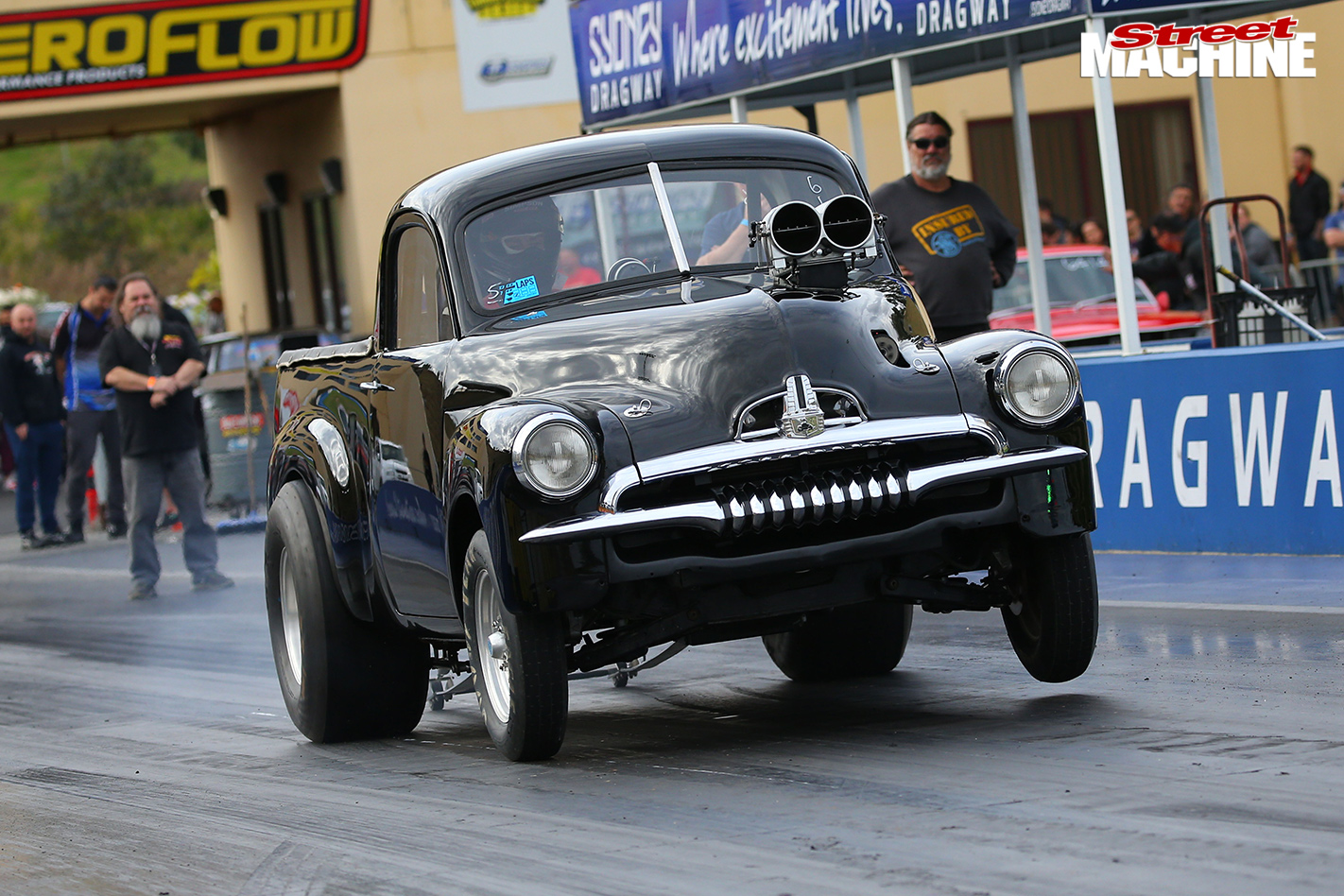 There are plenty of others pushing the venerable Holden six to new limits, with blowers, turbos, nitrous and even normally aspirated. Jeff and Matt Ramsay went for a Whipple blower and a Duggan head, with great success so far