AS THE tensions between North Korea and the US heated up last week, we were struck by an image on the news of what looked like two white SS-V VE Holden Commodores playing tag with a US Air Force U-2 spy plane, at Osan Air Base in South Korea.

The problem of what to do with old mate Kim Jong-un is too heavy for us, but the question of what a couple of Aussie cars were doing in the middle of the action needed some answers!

We were also a little surprised to learn that the super-cool U-2 was still in active duty, considering that they first flew in 1955, right in the middle of the Cold War. So we did a little research and discovered that while the U-2 has provided invaluable reconnaissance photos and aerial support to the USA for over 50 years, it is also regarded as the most difficult plane to fly in the world.

That is where the Commodores – or more accurately, Pontiac G8 GTs – come in. Basically, two tuned-up V8s blast down the runway behind the U-2 as it takes off and comes in to land. The drivers race their cars to over 200km/h to talk the pilots through how the plane is looking and how far off the ground they are, as the fly boys and girls can’t see what is going on thanks to the U-2’s near-complete lack of ground vision from the cockpit. 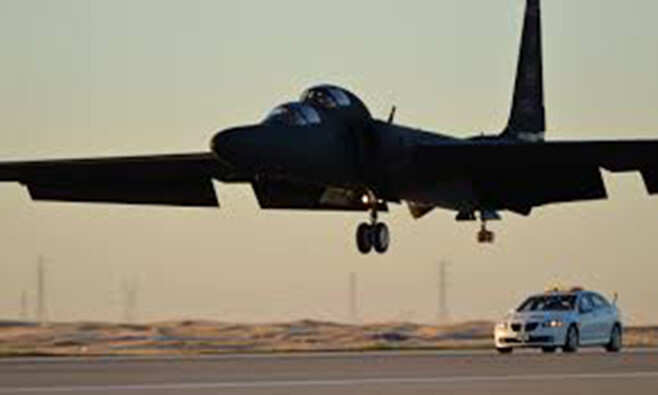 Adding to the difficulty are the U-2’s skinny landing gear and huge wingspan, not to mention that the pilots are forced to wear pressurised space suits, as the U-2 can fly at 70,000ft (21km), which is right on the edge of space!

When they come in to land they actually have to stall the plane two feet (60cm) off the ground and then balance the slowing aircraft until it eventually leans over onto one of its wing-tips. This means the chase vehicles are required for landing too, hammering out onto the runway close behind the landing plane so the drivers (also U-2 pilots) can talk the pilots down. Just a casual day at work, right? 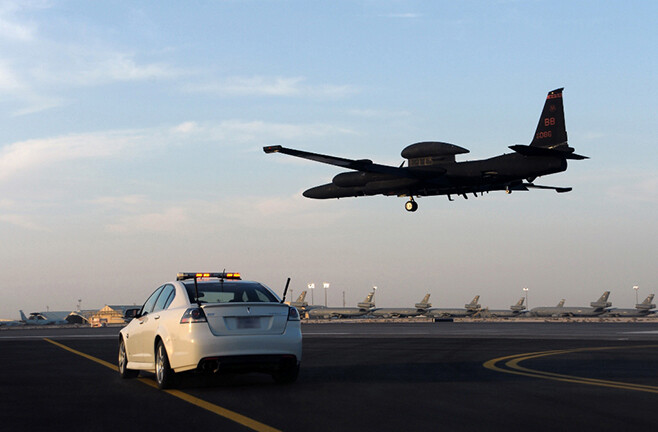 The cars need to get to speed quickly and be able to withstand the turbulence behind the landing aircraft, which is one reason the USAF has traditionally always run thumping great V8s like the Pontiac G8s you see here. The other reason for choosing the four-door Aussie grunters is that the Dragon Lady (the U-2’s nickname) is a top-secret piece of military hardware used for reconnaissance, so they don’t want to give away the fact that the U-2 is in town with a couple of flash-looking exotics prowling the tarmac.

The Adelaide-built Ponchos have done the job for almost a decade now, taking over from another Holden product – the CV8-generation Monaro, known in the USA as the Pontiac GTO. And as the GTO was replaced by the G8, the Aussie sedans are slowly making way for late-model Camaros, and Holden’s small role in the defence of the free world is fading away.