Damien ‘Chubby’ Lowe has achieved great things in the car scene. He’s also one of the nicest fellas you’d ever hope to meet

FEWER people better embody the car scene than Damien Lowe, or ‘Chubby’, as he’s better known. He inherited a love of modified cars from his dad Pete at a young age, and has gone on to build his life and livelihood around his passion. He has achieved great things with his beloved VB Commodore, wrenched on a stack of award-winning show cars, and inspired, mentored and collaborated with scores of aspiring young car builders. 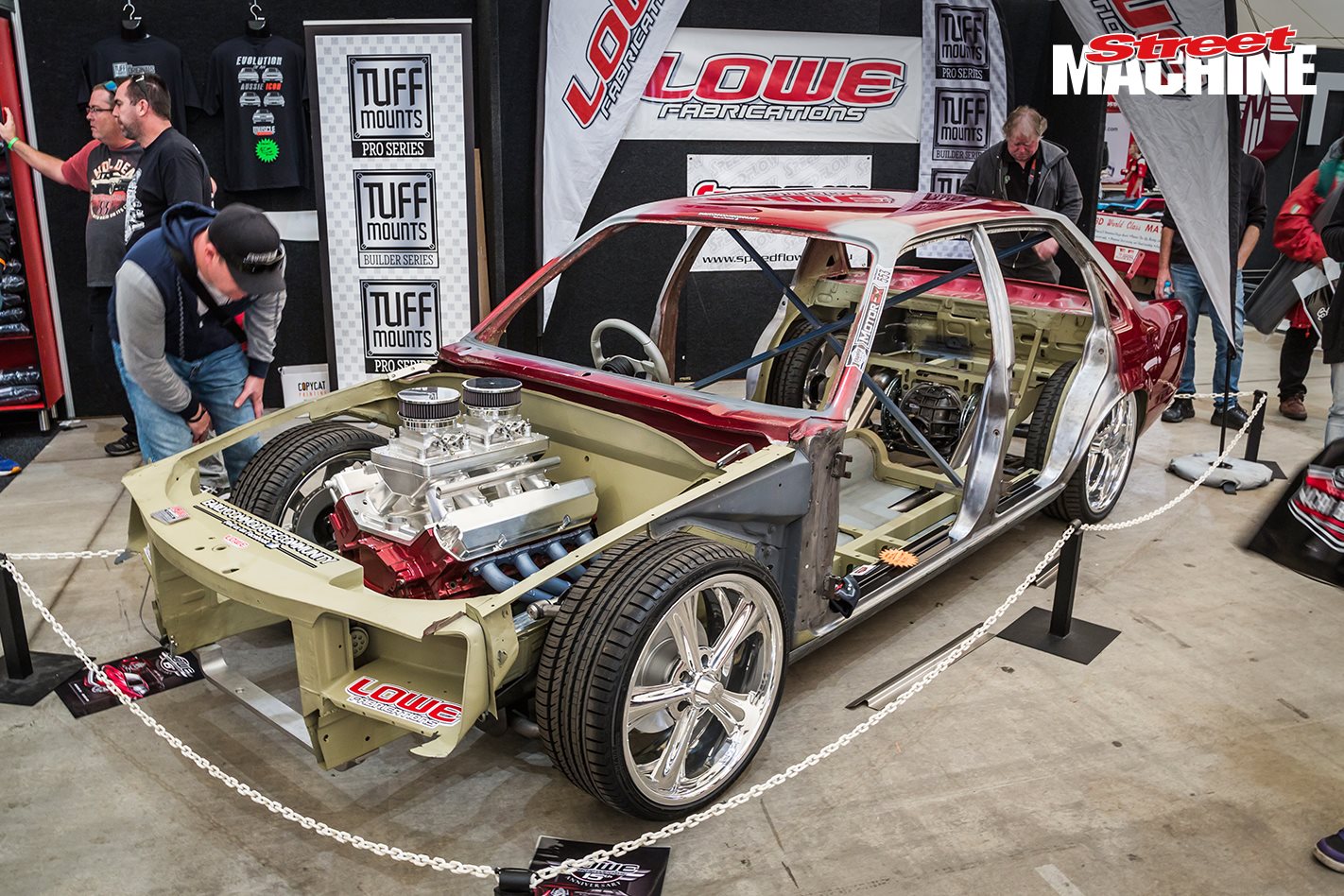 Chubby’s VB has been in hibernation for what seems like an age, but it resurfaced recently at Meguiar’s MotorEx in the early stages of what is quite clearly a comprehensive, ground-up re-think. What better time to sit down with one of the most genuine blokes in the scene to find out about where he came from, where he’s headed, and what makes him tick 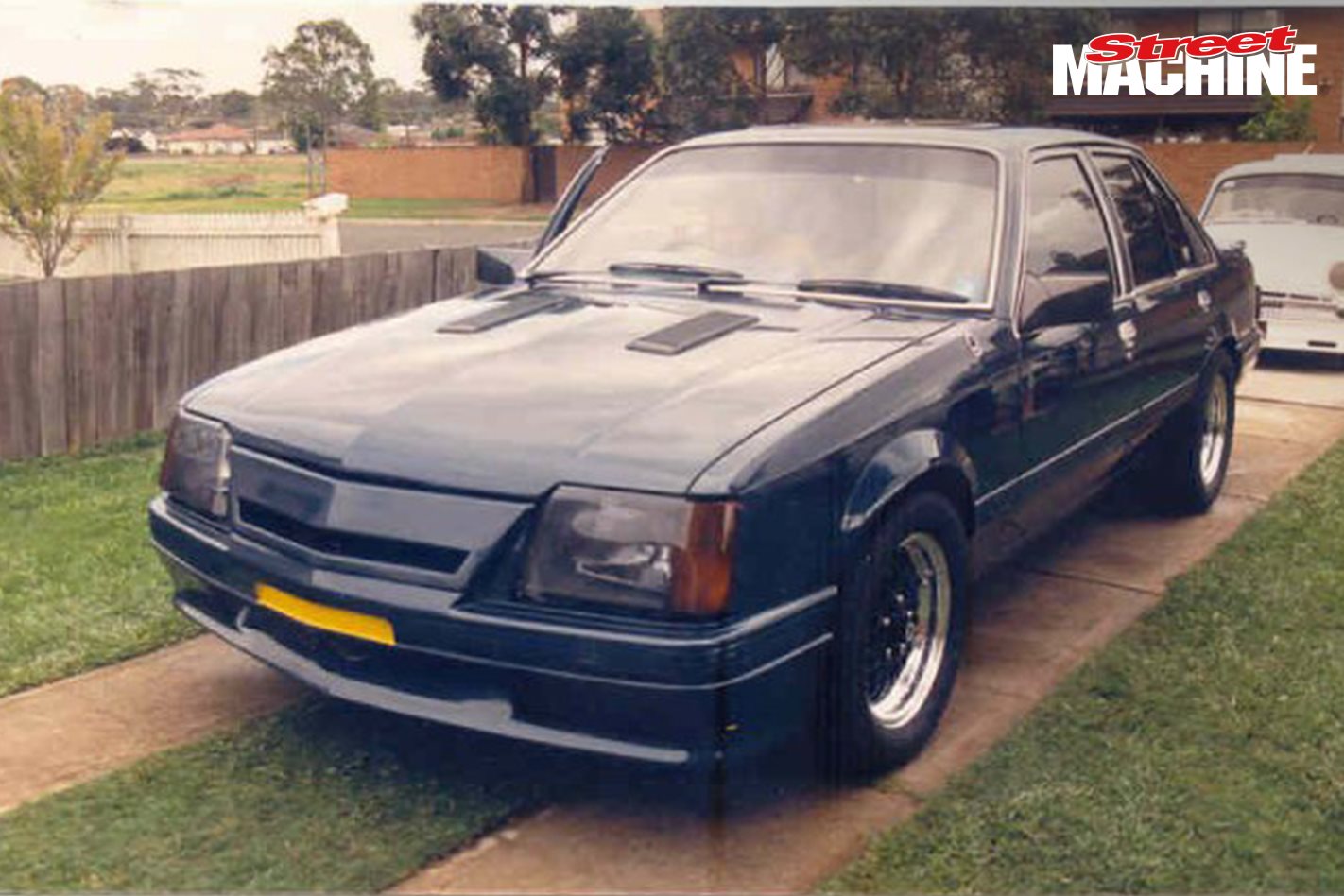 How did you first get involved with modified cars?
Through my dad. He started taking me to car shows when I was a little fella; The ’84 Street Machine Nationals was one of the first shows I went to, and we used to get to the Castlereagh drags a lot, too. Dad had a VB Commodore that was a full 80s-style build. It had VK bumpers, Simmons wheels and a drop tank, and a 308 with Yella Terra heads and a Crane cam. From when I was about five years old he would take me on club runs with the Nepean Street Machine Association; we’d go to barbecues, picnics and car shows. Dad’s car was pretty much the reason I bought a VB in the first place. 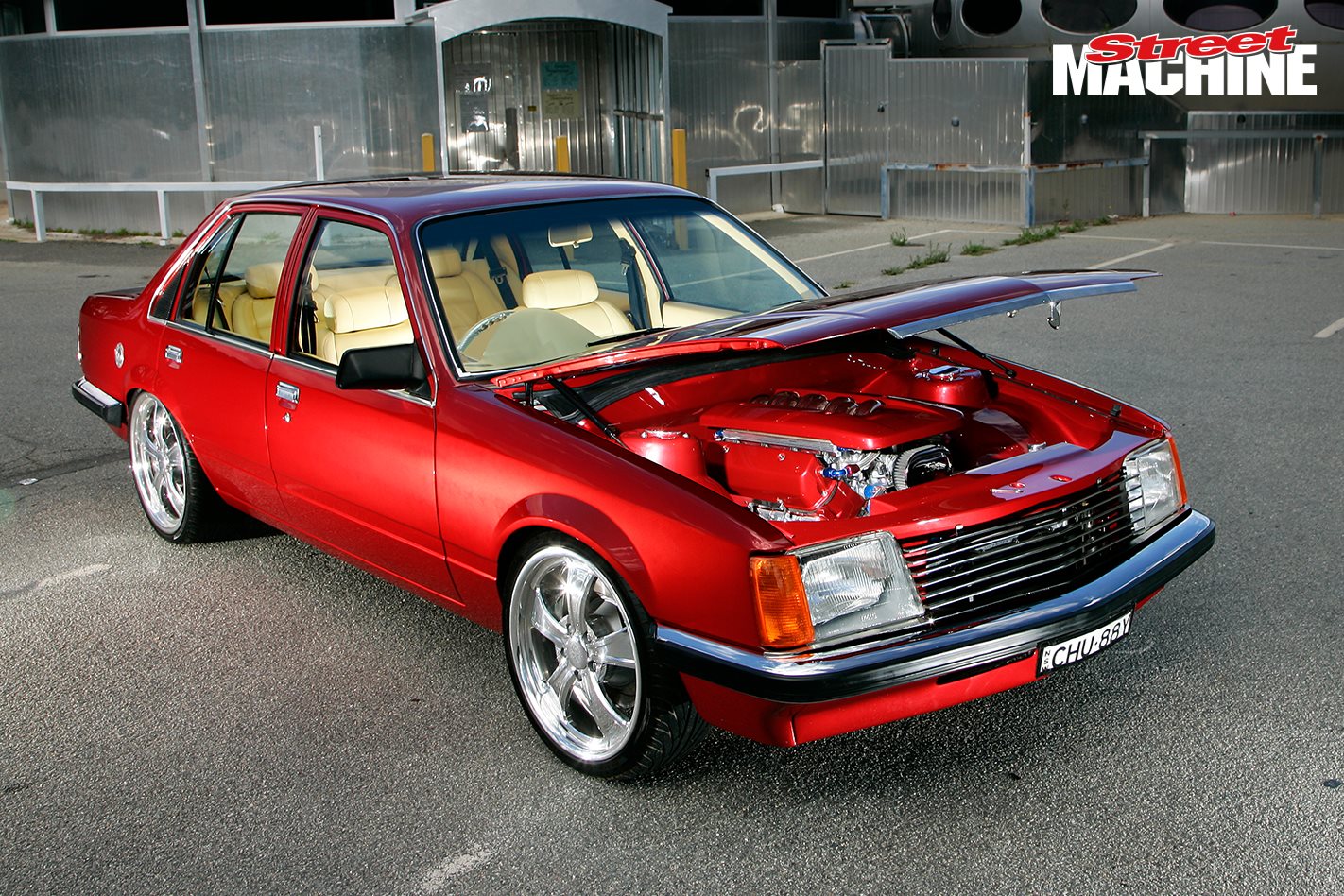 Your VB has been a labour of love for a lot of years. Talk us through its progression.
I was 16 when I bought it, and it was a stocker, base-model Commodore. I put VN SS wheels and VL Turbo brakes on it and lowered it, and by the time I was 18 I’d bought a V8 VB SL/E wreck for the motor and driveline. Six months later I bought VN heads, EFI manifold, cam and a Microtech computer, and put that on it. I blew the M21 into the next century, then I put a T5 in it and pulled it down and painted it, put Momo Status wheels on it and had it trimmed. That’s when I took the car to Summernats for the first time, in 2000. 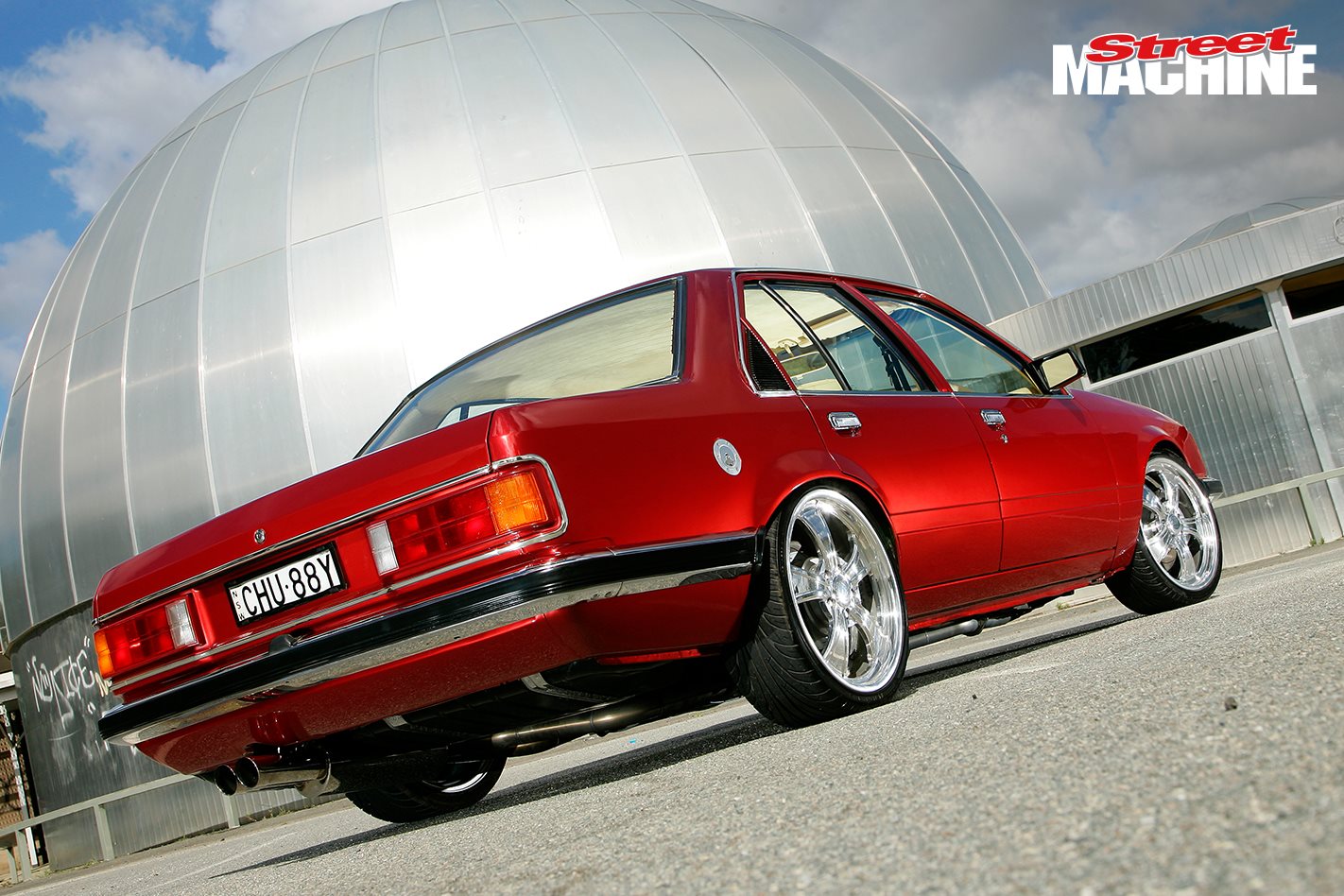 Is that when you got the taste for the show scene?
I was always into car shows, but when I fronted at Summernats I was a young kid who had spent a lot of money on his car and I thought it was good, but it turned out it wasn’t! I asked Brian Willis for some advice in the judging hall, and away I went. Over the next three years I slowly fixed things up, and at Summernats 17 I won my first trophy. 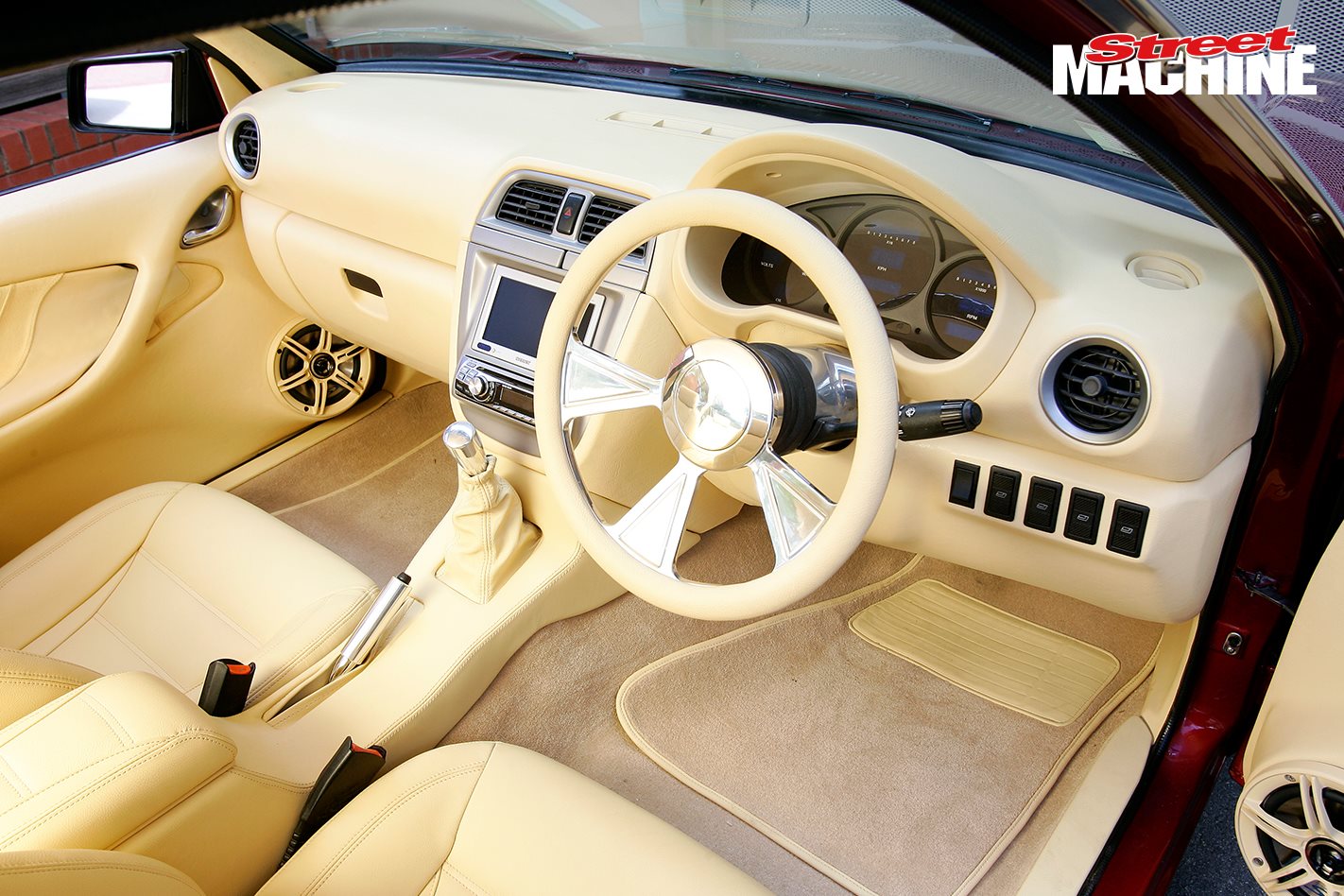 Your goal with the VB was to win Top Overall Street at Summernats, right?
Yes, but I learnt after Summernats 17 that I was a long way off that goal. So we stripped it again and redid the interior and engine bay and fitted new wheels. We gave the car a real freshen-up without it being a full-on rebuild. At Summernats 21 we had a mad rush to get the car ready thanks to an engine bay fire in the lead-up. We got it going but it wasn’t running 100 per cent, and I nearly didn’t take it – it was just breaking down after 3000rpm. The judges pushed me to do the driving events, so I took the risk and it paid off. I was over the moon. It was a dream come true driving down the burnout pad to get the trophy – it was full-on! That’s when I realised that we’d done it. 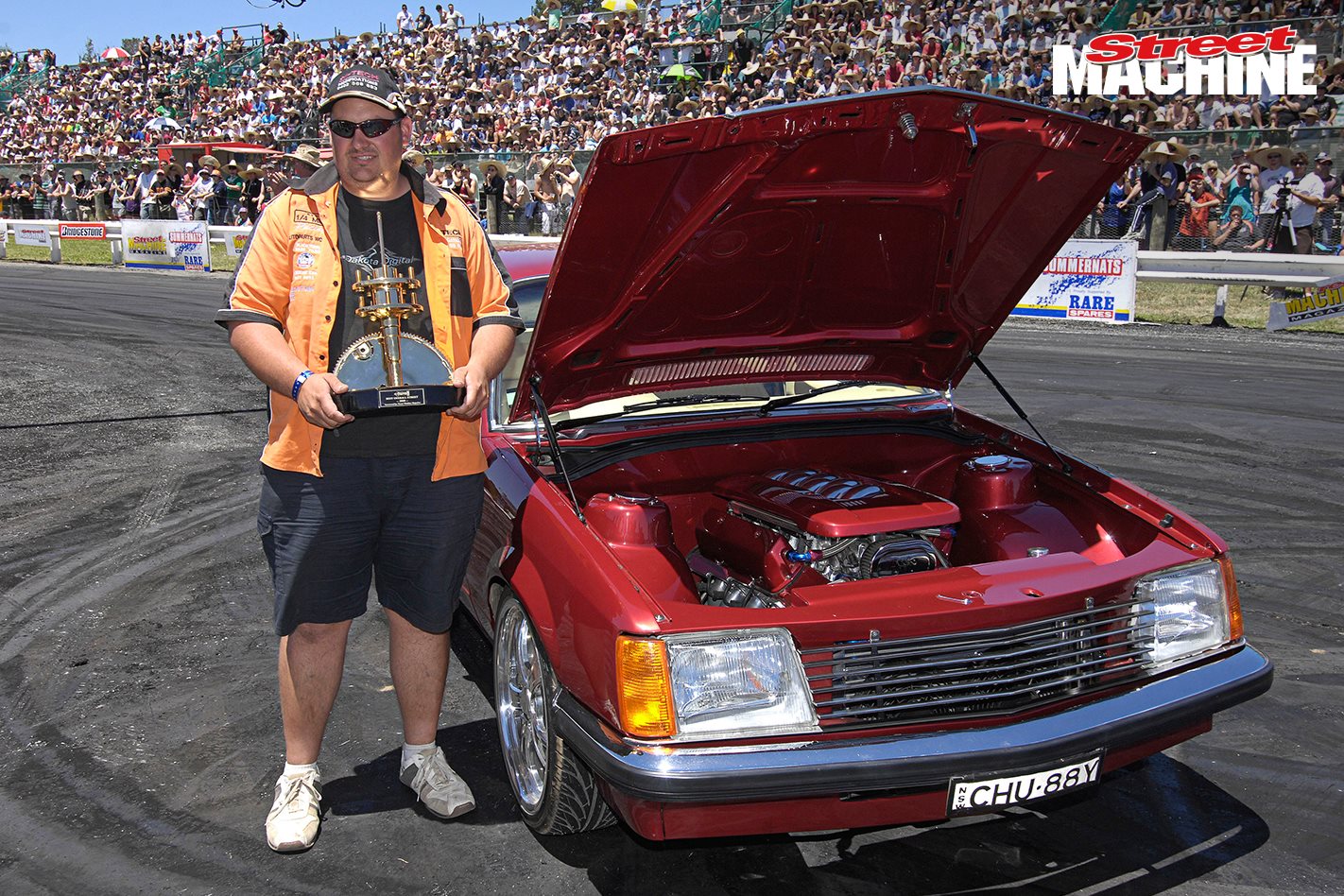 But then you took the car to the next level.
I came across an eight-throttle set-up and put that on it, and I did the boot. I was always adamant that a street car shouldn’t have a detailed boot, but the feedback I was getting was that I needed to do it, so I fabricated a removable steel boot for the car so it was still practical. We went back to Summernats that year and they pushed me up into Elite, which I took as a compliment. They didn’t believe that I drove from Sydney to Canberra, but the car never got trailered anywhere. The dream was to drive it to Perth for Motorvation, and Summernats fell early that year, which meant that it was possible that year. So that’s what I did. 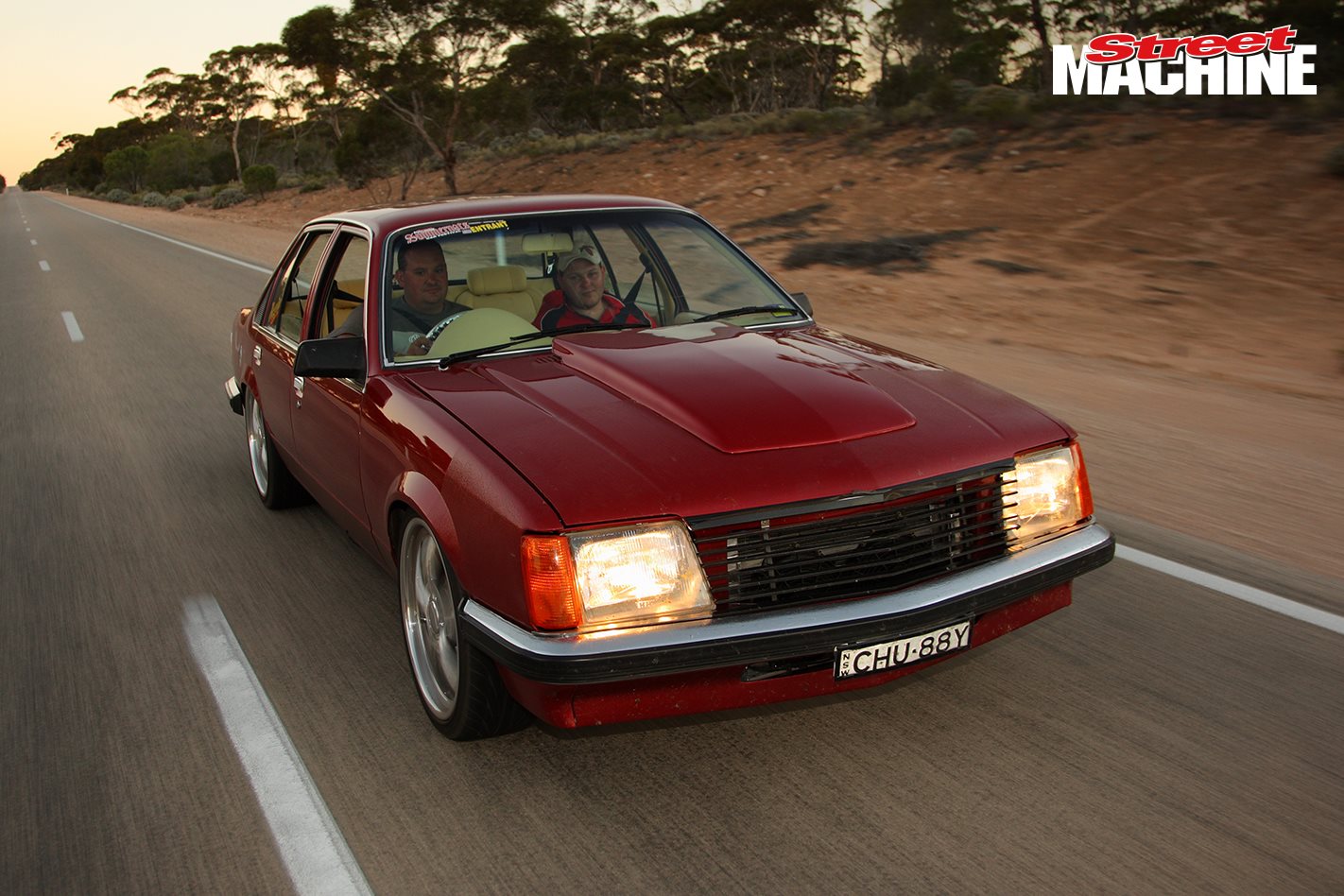 How was the drive to Perth?
It was the best thing I’ve ever done. I’d had the car for 14 years at the time, so to spend 14 years gradually building and refining my dream car to the point where it was an Elite-level car, and then hop in it and drive it across this beautiful country enjoying every cent and every minute I’d spent on it – that was unreal. Aside from one bolt coming loose, we didn’t have any failures to speak of in 8800km of driving. 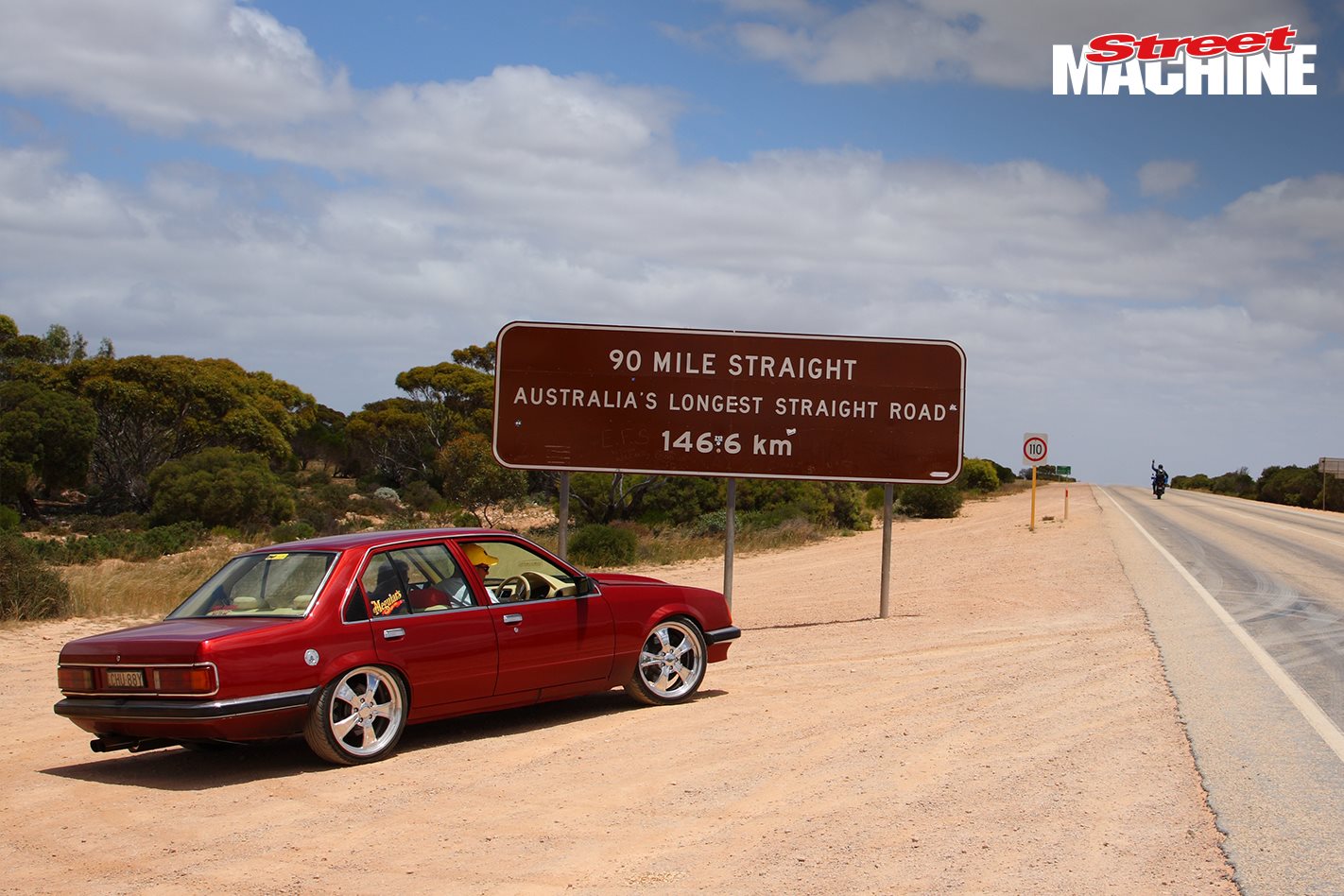 By comparison, the VH you built was done in record time and on a very tight budget.
I’d pulled the VB apart for some big changes, and the VH was my daily drive. Around the end of September someone said: “Let’s give it a quick rebuild before Summernats.” We worked out the plan and the team and we got in and did it. I had a budget in mind of $20,000, and I called in a lot of return favours. A lot of mates helped out and dropped off spare parts they had that I needed; a lot of people got involved. That build was all about mateship. 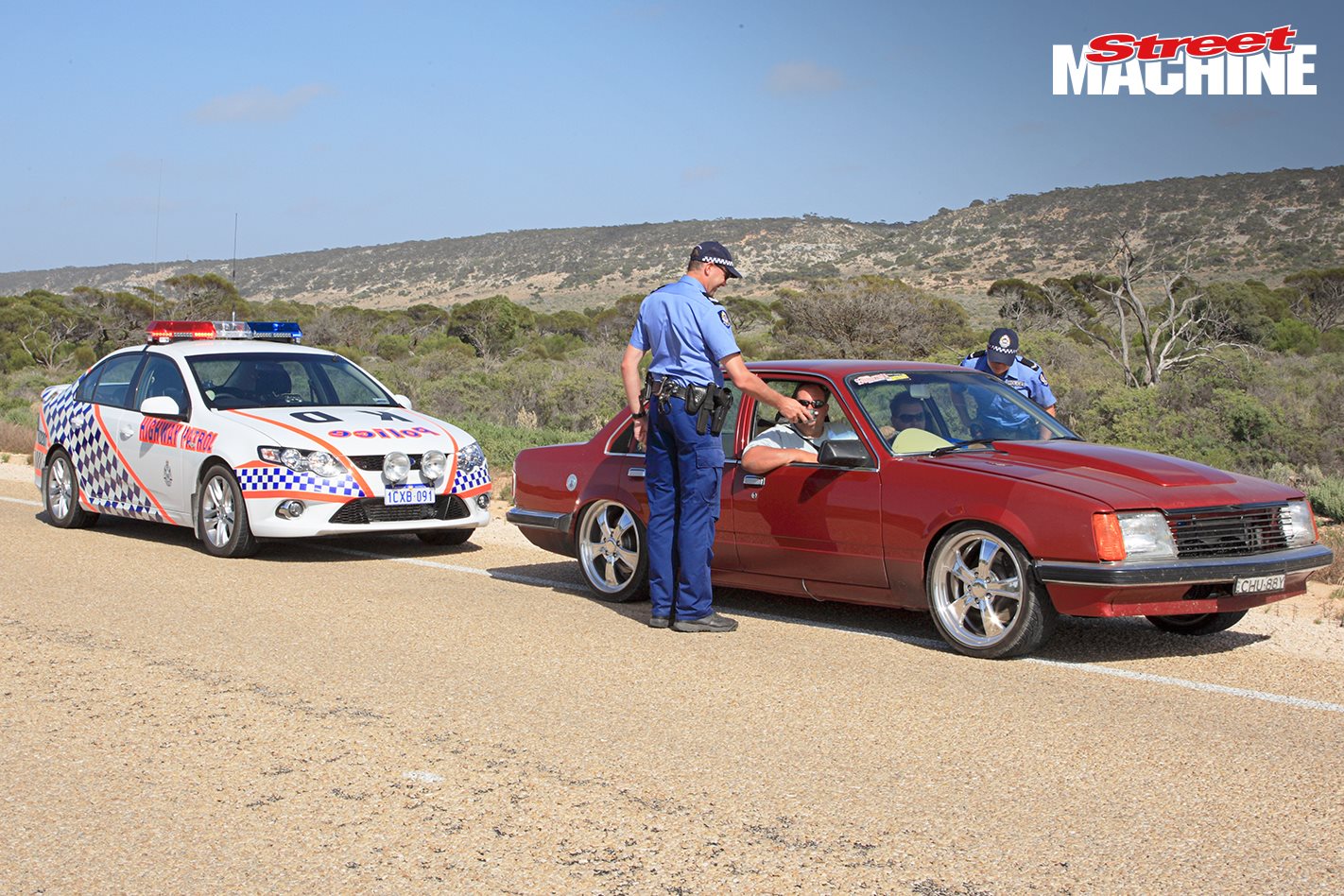 You have a pretty firm rule that your cars never get trailered to shows.
I just love driving these cars so much that I don’t see the sense in trailering them to car shows. You invest all this time and money in these projects, and the best way to see a return on that is to drive them. 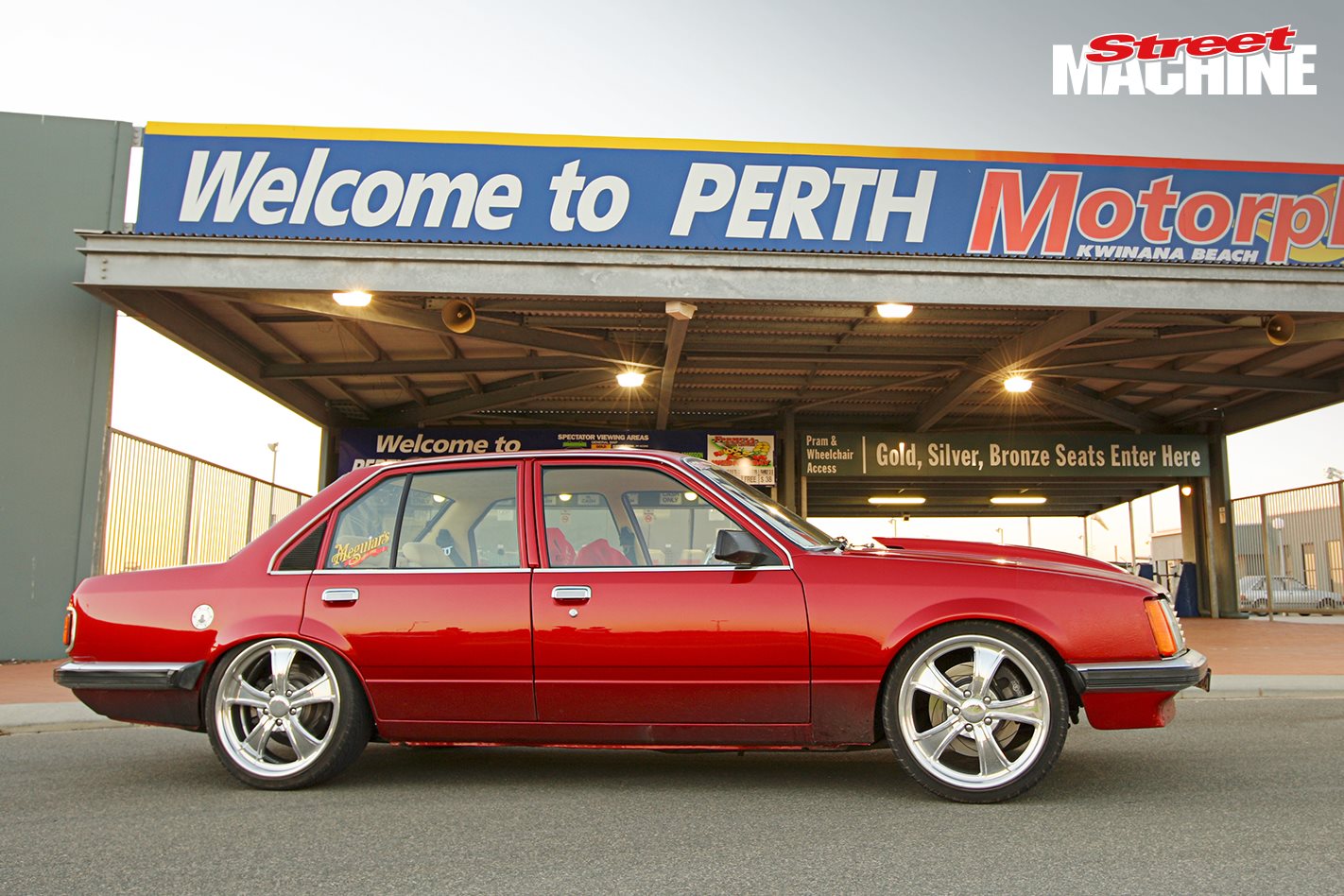 You seem to place great emphasis on encouraging younger guys and girls in the scene.
I love talking to people about their projects. I enjoy seeing them get results with their cars, and helping them achieve those results. Going to car shows when I was younger I’d always see people I looked up to like Howard Astill, and if I got a smile or a wave out of a guy like that I was always chuffed. I think it’s important to give your time to any young kid who’s happy to listen and learn. People like that are the future of the scene and they are always welcome at the workshop. 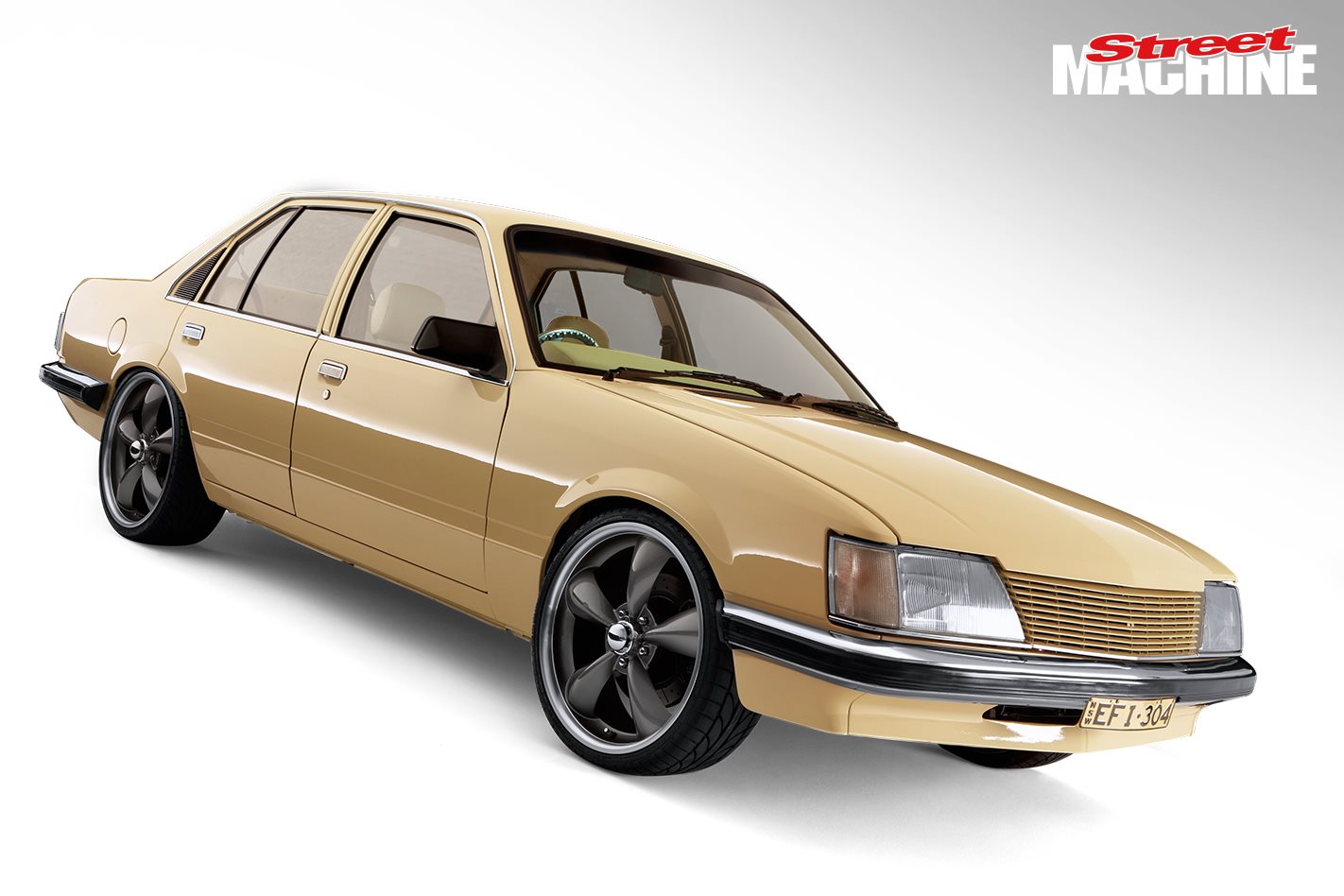 How did you get started with Lowe Fabrications?
I made a lot of custom dress-up parts for my car in the days before the aftermarket had really got behind that stuff. The internet was just starting to become ‘a thing’, and people started to see pictures of my car online. They would contact me to ask for custom parts for their own cars, and it took off from there. Parts like strut tops and master cylinder tops, radiator covers, scuff plates and that sort of thing. I’m a stainless-steel fabricator and TIG welder by trade, and I started adapting those skills from building things like commercial kitchens into cars and car parts. 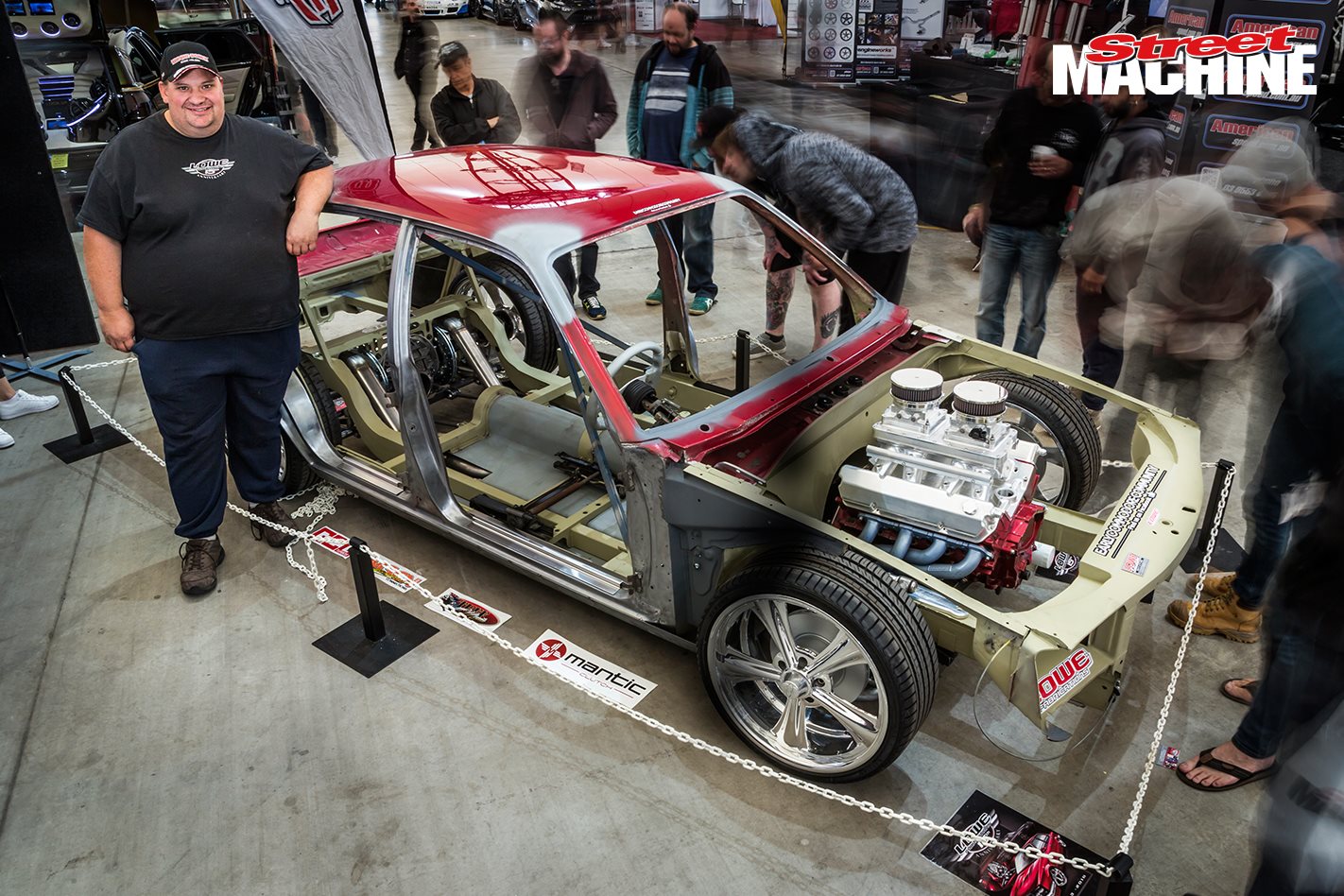 What do you love most about the car scene?
Meeting people. The friends I’ve met through my involvement with cars have really enriched my life. I love getting together with people at events and enjoying a common interest. Building a car is creative thing to do; it’s like making a piece of art. You get to express yourself, test your skills and learn new ones. I love working on cars with people and having drinks at the workshop; for me, that’s what life’s about. 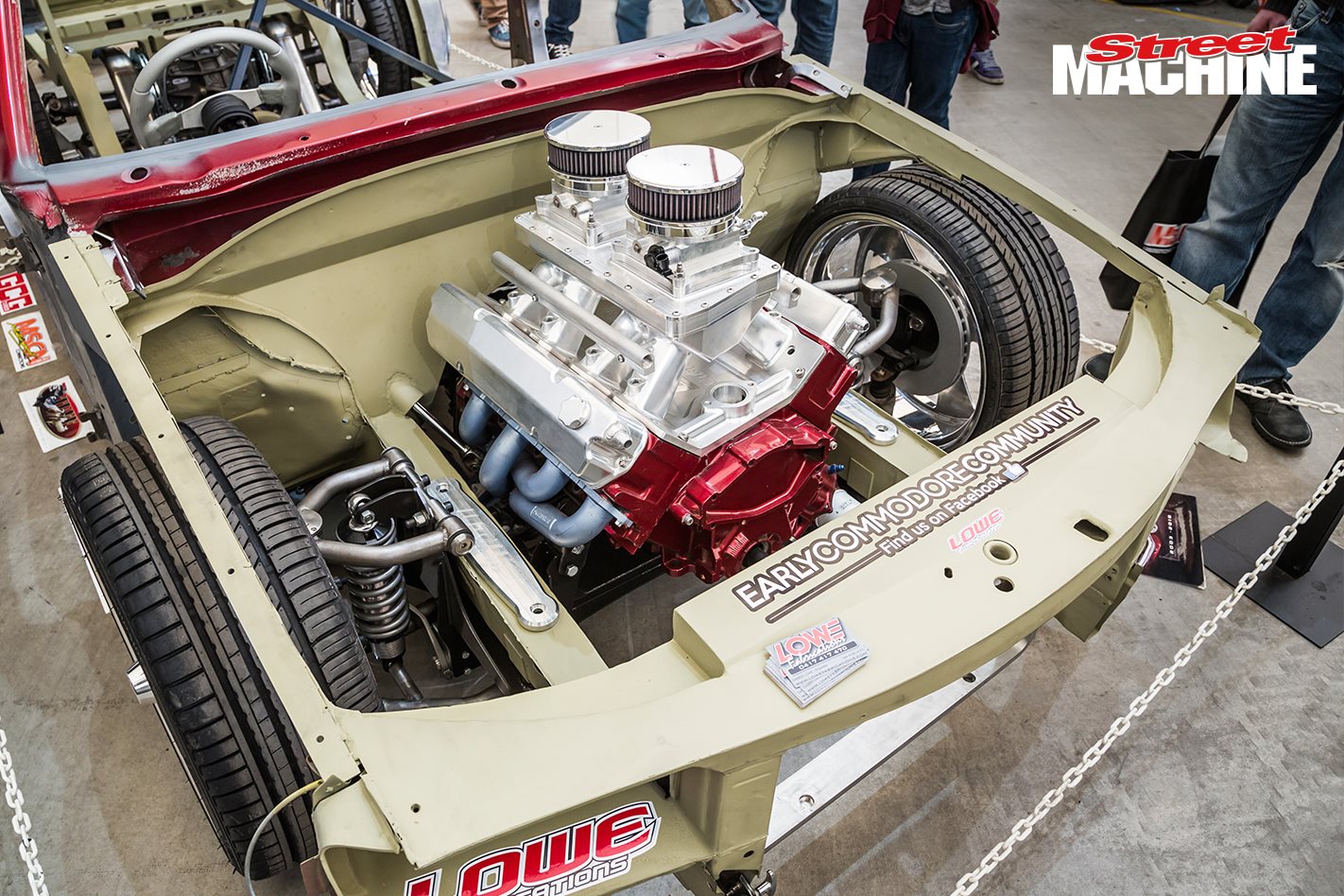 How did the VB go over with punters at MotorEx?
The car had been sitting idle for years, so I set a goal to get it rolling before MotorEx 2018 and we made that. Now I just have to re-evaluate that plan and set some goals around the next step. This build is going to be pretty full-on; it’s got a custom IRS set-up with inboard brakes, our new independent front end, billets, flat floors and fabricated chassis connectors. I love my Holden V8s so I’m sticking with the 308, but I’ve got a couple of tricks up my sleeve, which may or may not include twin turbos from GCG. It’s still going to be a street car; like the old Street Machine slogan says: ‘100% street driven’! I haven’t set myself any real goals, but it would be nice to drive it to Summernats and make the Top 10; I don’t know if anyone’s ever done that before. 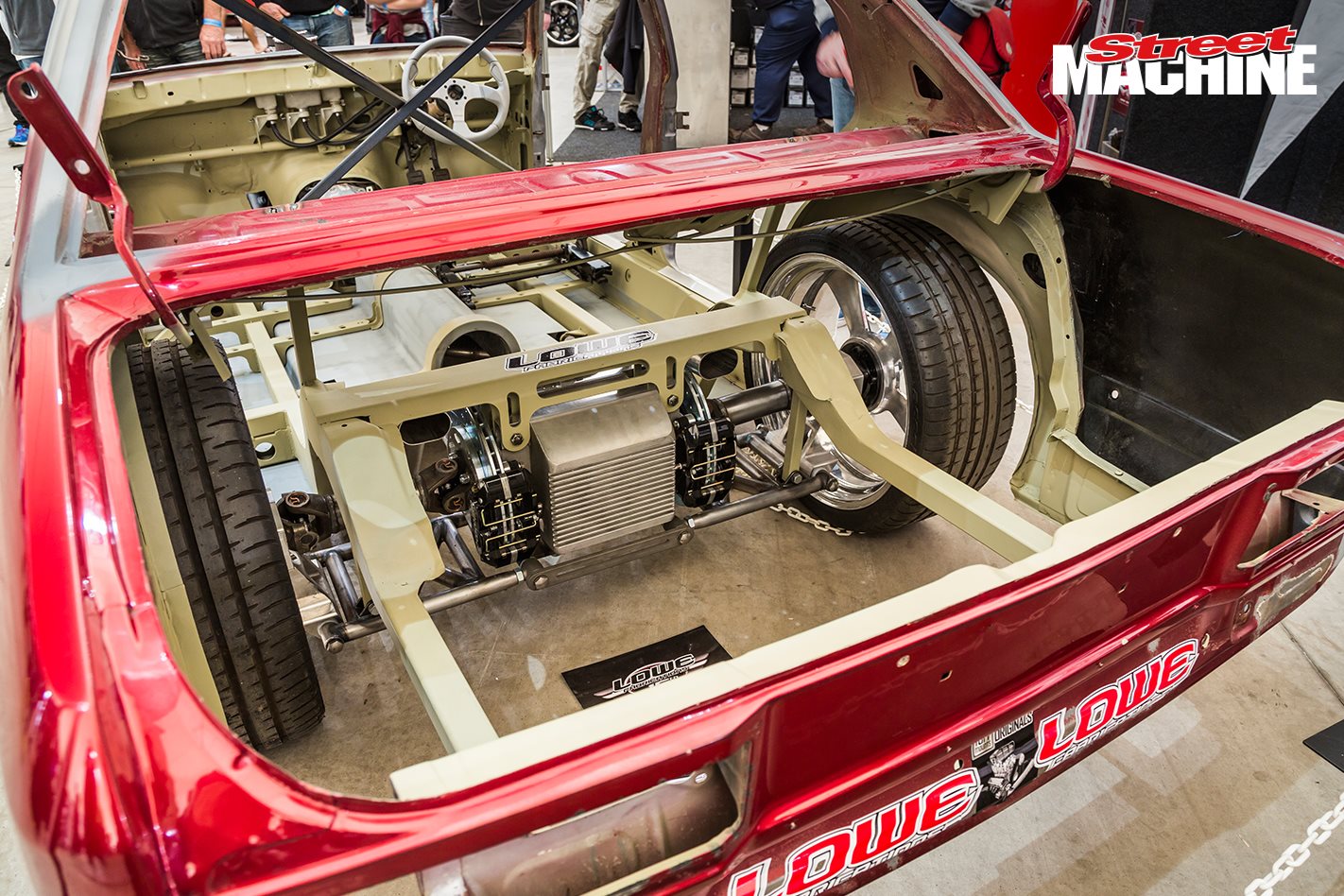 Other than the VB build, what else have you got on the go?
Right now I’m busy trying to create a lot more Lowe Fabrications products that I can do in-house, using the machinery we have here. We’re starting to develop some more hard parts rather than just dress-up parts, and reproducing some hard-to-find OEM-style parts for Commodores. Other than that, my brother Jason is working with me full-time now. He’s a really talented automotive spray painter who’s running the powdercoating side of the business, which has really taken off. I’m also excited to have had a little bit to do with the return of Street Machine Commodores magazine, which will hit newsstands later in the year.