A crate motor is an awesome no-mess, no-fuss way to power your project, and for LS-loving gearheads they don’t come much more desirable than Chevrolet Performance’s LSX454. 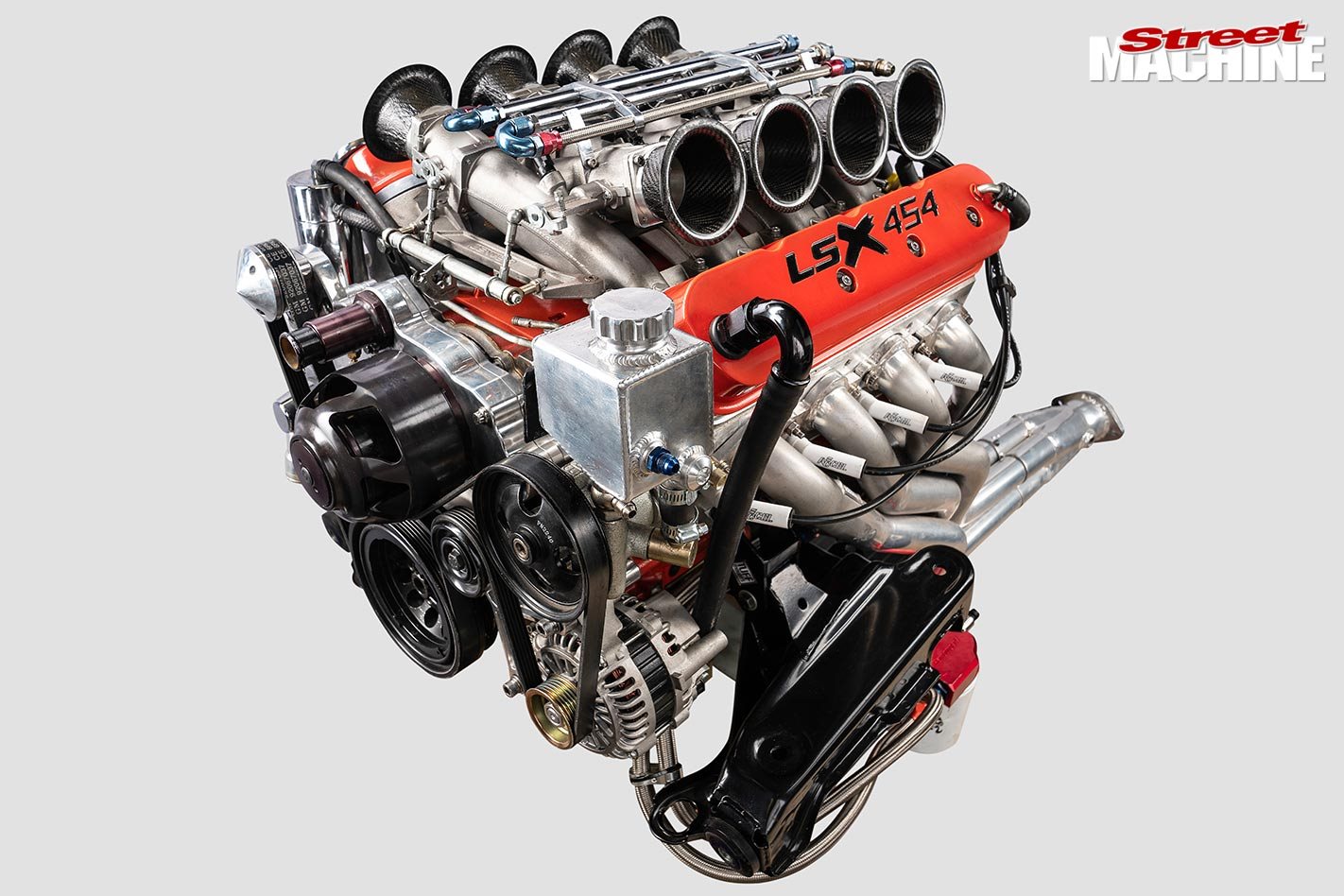 In crate-fresh spec, the big-inch LS makes 625hp, which is plenty when you factor in the meaty powerband, and this attracted South Australia’s Gary McRae to one. He stuffed his LSX454 into his epic VR HSV Senator a few years ago to build a super-stout street machine, but soon realised something was wrong.

“The fuel injectors supplied with my intake manifold didn’t suit street driving and ended up washing the bores, which led to me pulling the motor down and discovering the crate motor’s original assembly was a long way from ideal.” 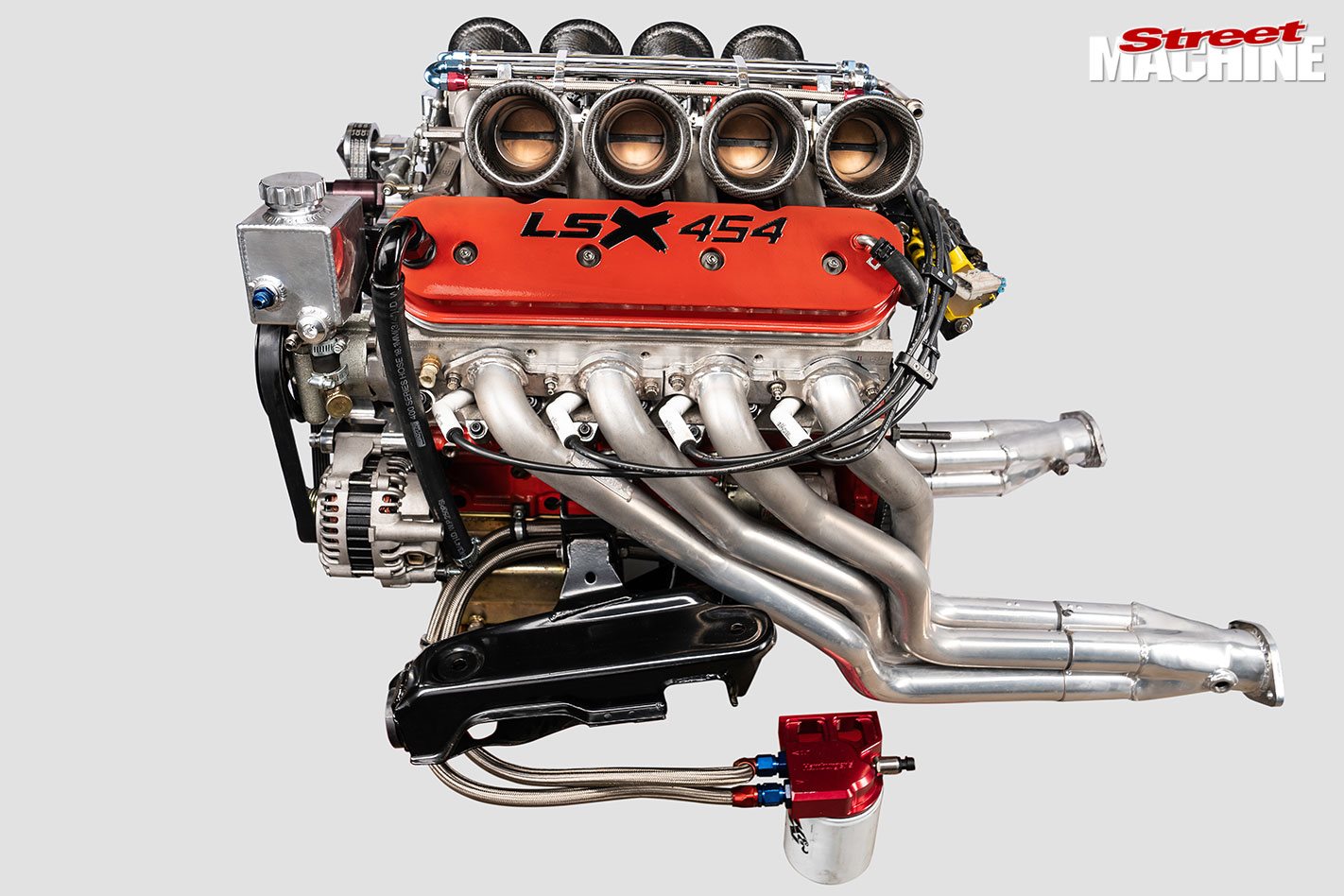 Despite not having tackled a full engine build before, Gary wasn’t shy about getting in and handling the process himself. The cast-iron LSX Bowtie block has been retained, along with the 4340 forged-steel eight-bolt crank and rods; however, custom CP Bullet slugs now push compression up to 11.5:1, and Gary added ARP fasteners through the engine.

Brenton Marusic from Marusic Inductions hand-ported the LSX-LS7 heads, while a custom-ground low-lash solid-roller cam was designed by Cam Motion to specs Gary is keen to keep on the down-low. The bumpstick is paired to BAM tie-bar lifters and Jesel Pro Series roller rockers.

A Canton circuit racing-spec sump sits over the top of the LSX454 windage tray, while the OE oil pump was also retained. As his car will clock up plenty of road miles, Gary wisely invested in a B&M oil-cooler mounted under the passenger guard, with –10AN braided lines carrying the black gold. 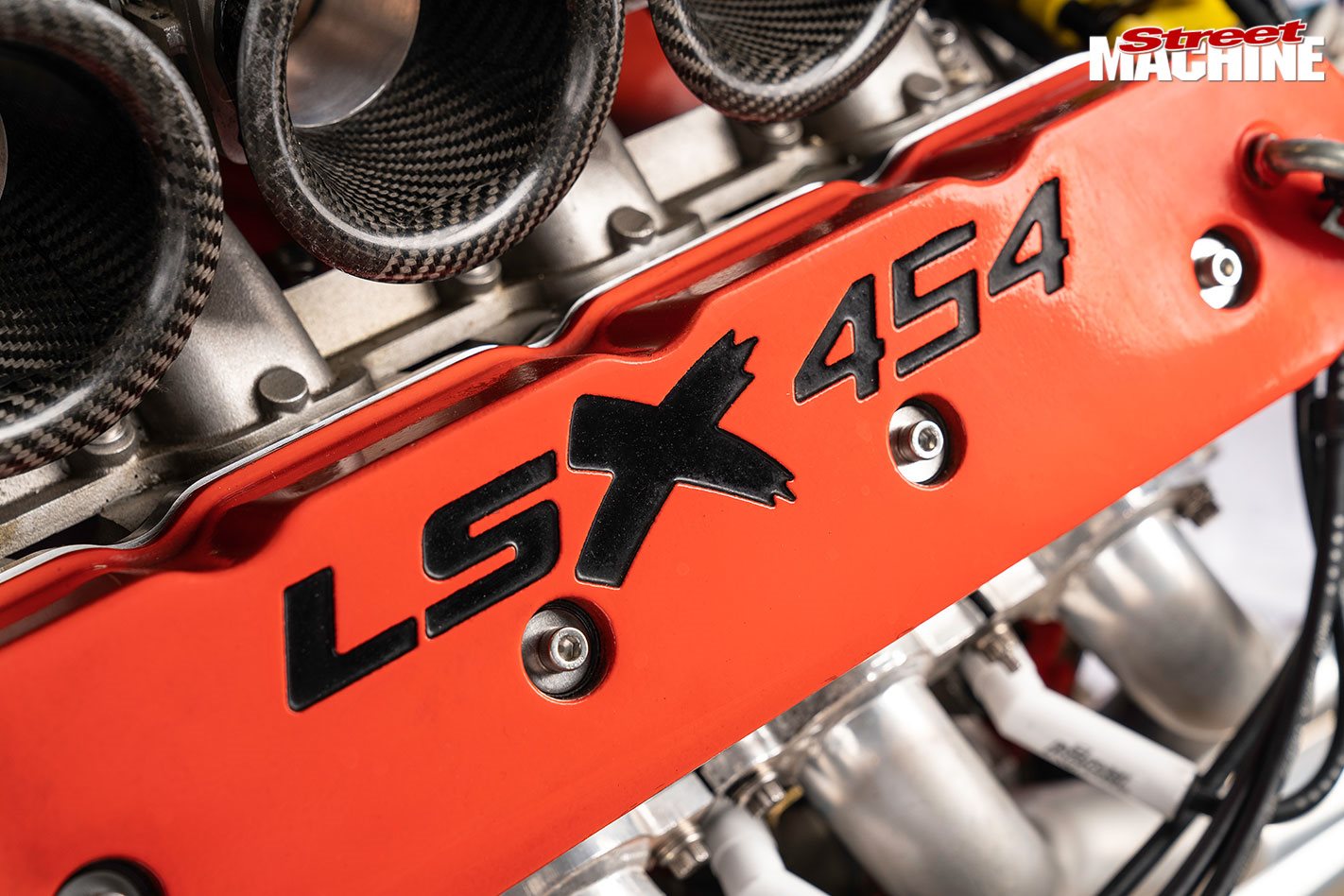 A big-buck Jenvey individual-throttlebody intake runs 60mm trumpets, modified by Gary to feature vacuum ports on each runner, merged into one feed line down to a manifold on the firewall that hooks to the brake booster and MAP sensor. Gary also whipped up his own fuel rails with billet rail-mount bars and fitted with Injector Dynamics ID725 squirters. These are provided 98RON juice by a Weldon DB2015 main pump and a Holley lift pump in the stock location, while a Bain Racing custom alloy surge tank holds three litres on top.

The end result was 752hp at 6300rpm, and Gary is stoked. “This is my first engine build ever so I’m really proud of that,” he says. “The intake is probably holding back the engine from ultimate horsepower, but it has fantastic torque.” 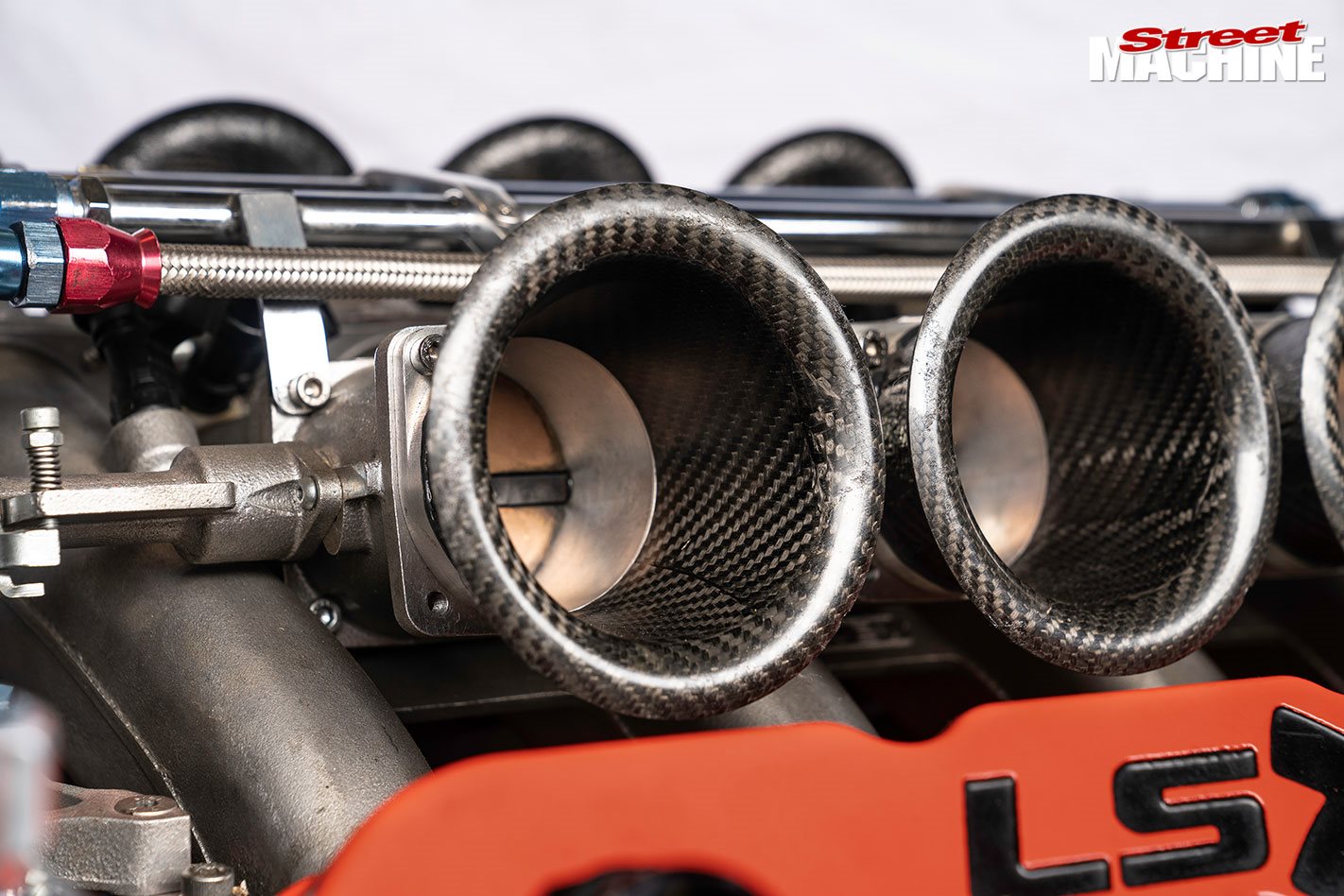 UNDER OLD MANAGEMENT
GARY runs the engine off an unlocked VY PCM rather than a standalone aftermarket ECU. While he looked at the later hugely capable VE-generation Gen IV E38 PCM, it is larger and harder to fit neatly in a street car.