CHICKA Waight’s dad Les has been building race cars since Chicka can remember. “He’s always out in the shed tubbing cars, building ANDRA ’cages and stuff,” he says. “As a kid I was always wandering out to the shed trying to get involved – and probably getting in his way.” Not anymore; father and son just completed the adventure of a lifetime – Drag Challenge 2018 – behind the wheel of Chicka’s sweet HQ Premier. 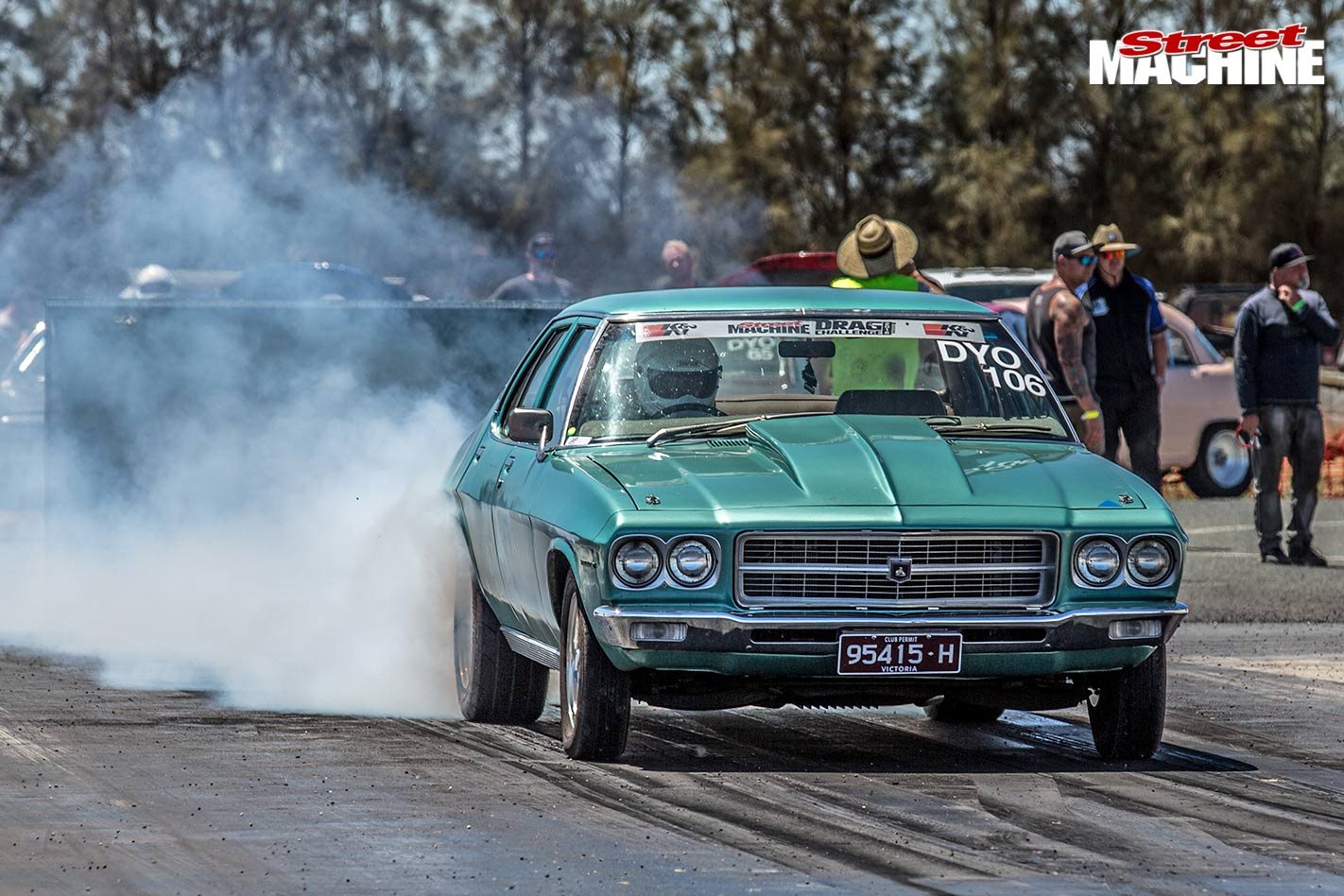 What’s the story behind your HQ?

It’s a genuine 1971 HQ Premier I got as a bare shell when I was 16. I actually swapped it for an HZ Kingswood I had at the time and I was going to do up the six in the HZ, but Dad told me to go for an older HQ so I didn’t have to deal with all the newer emissions stuff. It’s a factory six-cylinder car that I fixed up while I was on my Ls and we got it done just a couple of days before I got my Ps. We had most of the stuff lying around to get it done, and it now has a new interior. The paint is pretty much the same as how I got it.

It definitely didn’t have a six-cylinder in it at Drag Challenge; what’s in it now?

It’s got a 454 Chev big-block from an HQ Premier my dad had years ago. He is building a Torana and he bought an entry for DC this year, but we realised it wasn’t going to get finished in time and so decided to put the 454 running gear in my Prem instead. It made 630hp and 630ft-lb on the engine dyno, which is more than enough to scare the pants off me! I was going to wait until I was closer to getting off my Ps before we engine-swapped the car, but it only took us five or six weeks to put all the running gear in and get it ready for DC. 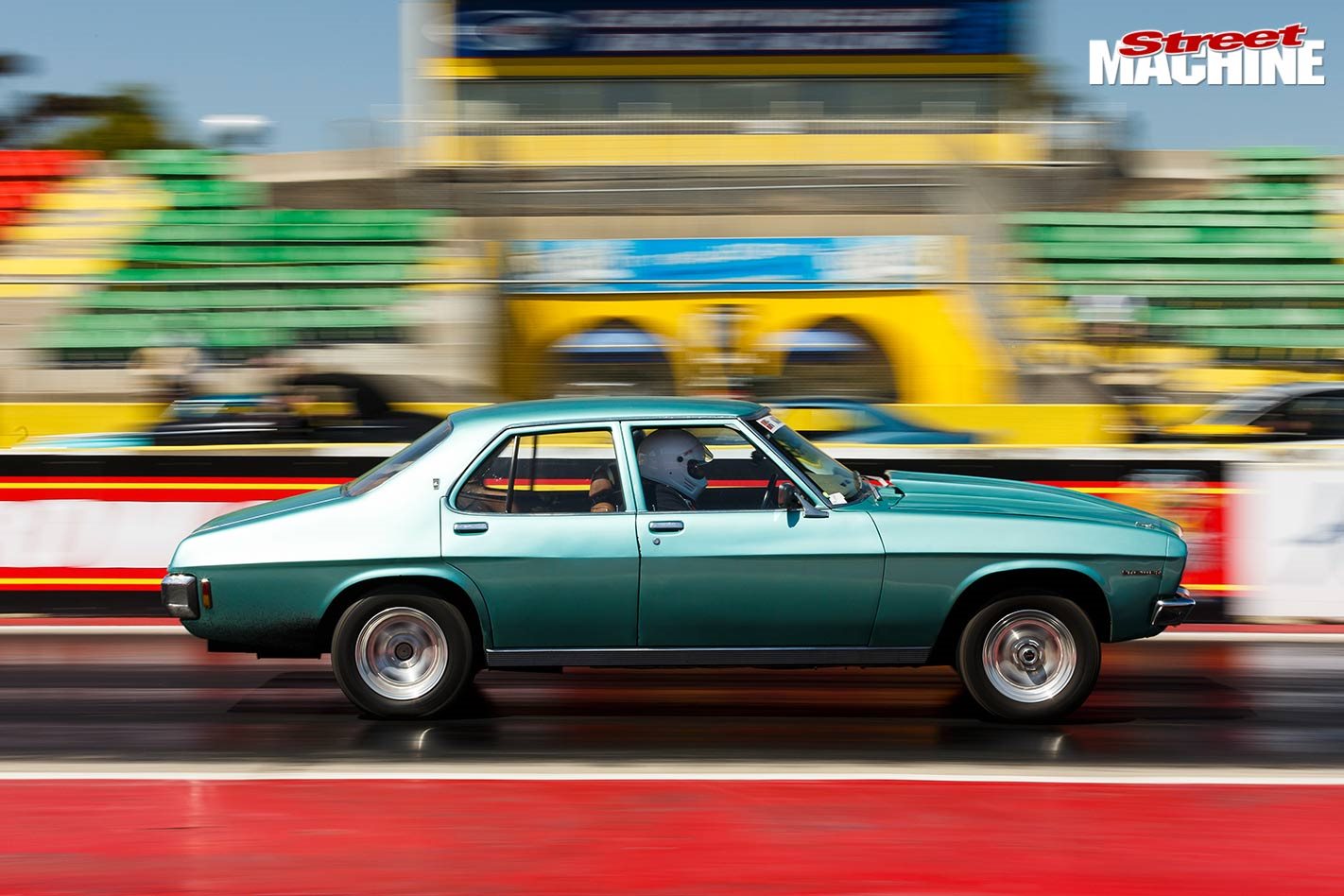 What about the rest of the running gear?

It has a transbraked Powerglide with a 4000rpm stall converter. The rear end is a nine-inch with 31-spline billet axles and a Truetrac centre that’s got 3.7:1 gears. The funny thing is we didn’t get to use the transbrake as we didn’t get it wired up in time, so we were leaving the line at 1500rpm on the footbrake. 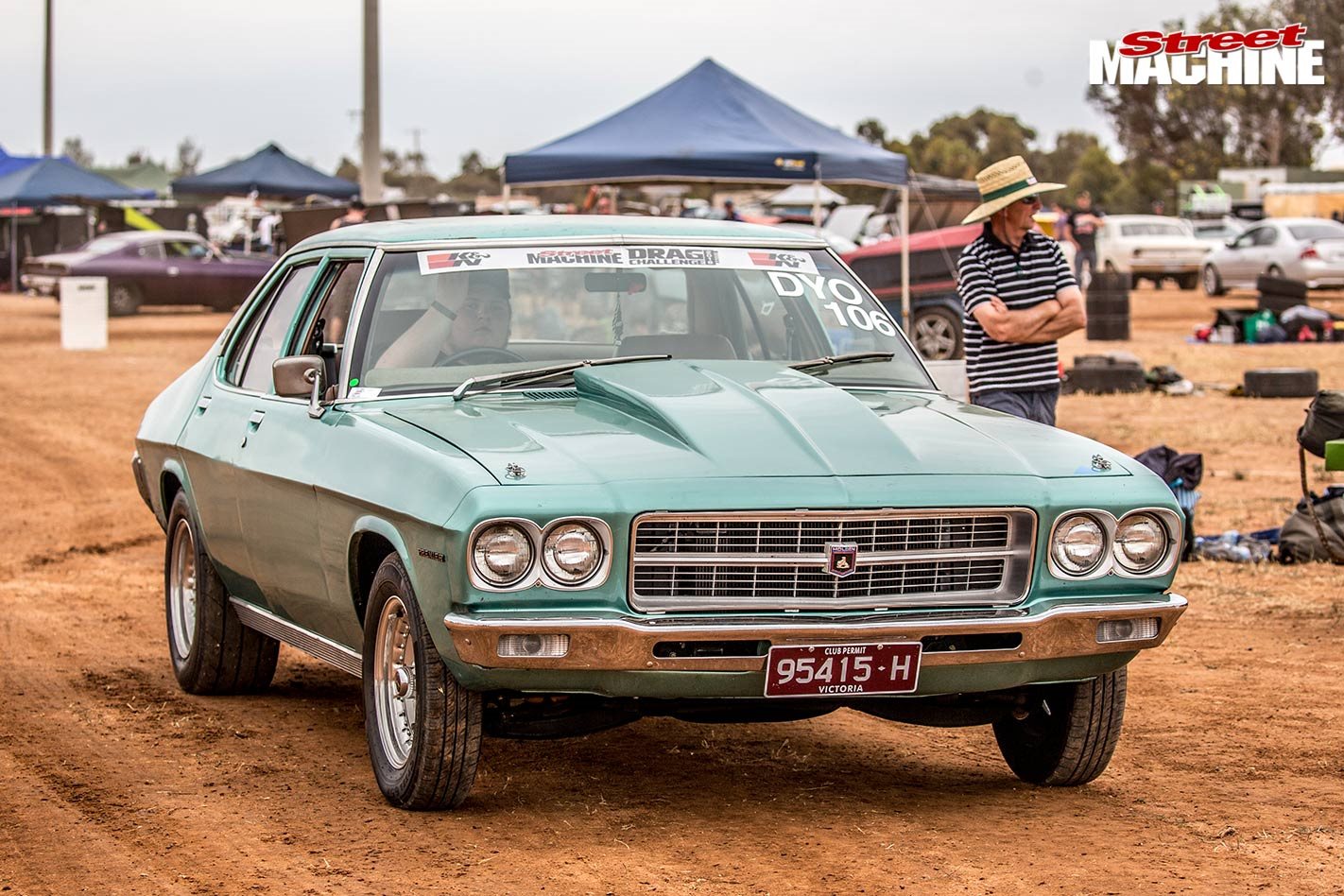 How was your first time doing Drag Challenge?

Very, very enjoyable. It was just a really good atmosphere and an awesome event you guys put on. We got through the week trouble-free. We did some test runs at Portland the week before, and other than a dud trans cooler it went fine. We were pretty stoked to run in the 11s all week in DYO and have no issues. Finishing 23rd in the class was pretty cool as well for my first time racing. Dad and I did one run each at every track and he drove it on the road, which he had to do because I can’t drive it on the road until I get off my Ps. We even went bracket racing on the Saturday after DC at Ballarat Airport and I took out second place for the meeting, which was pretty damn cool! 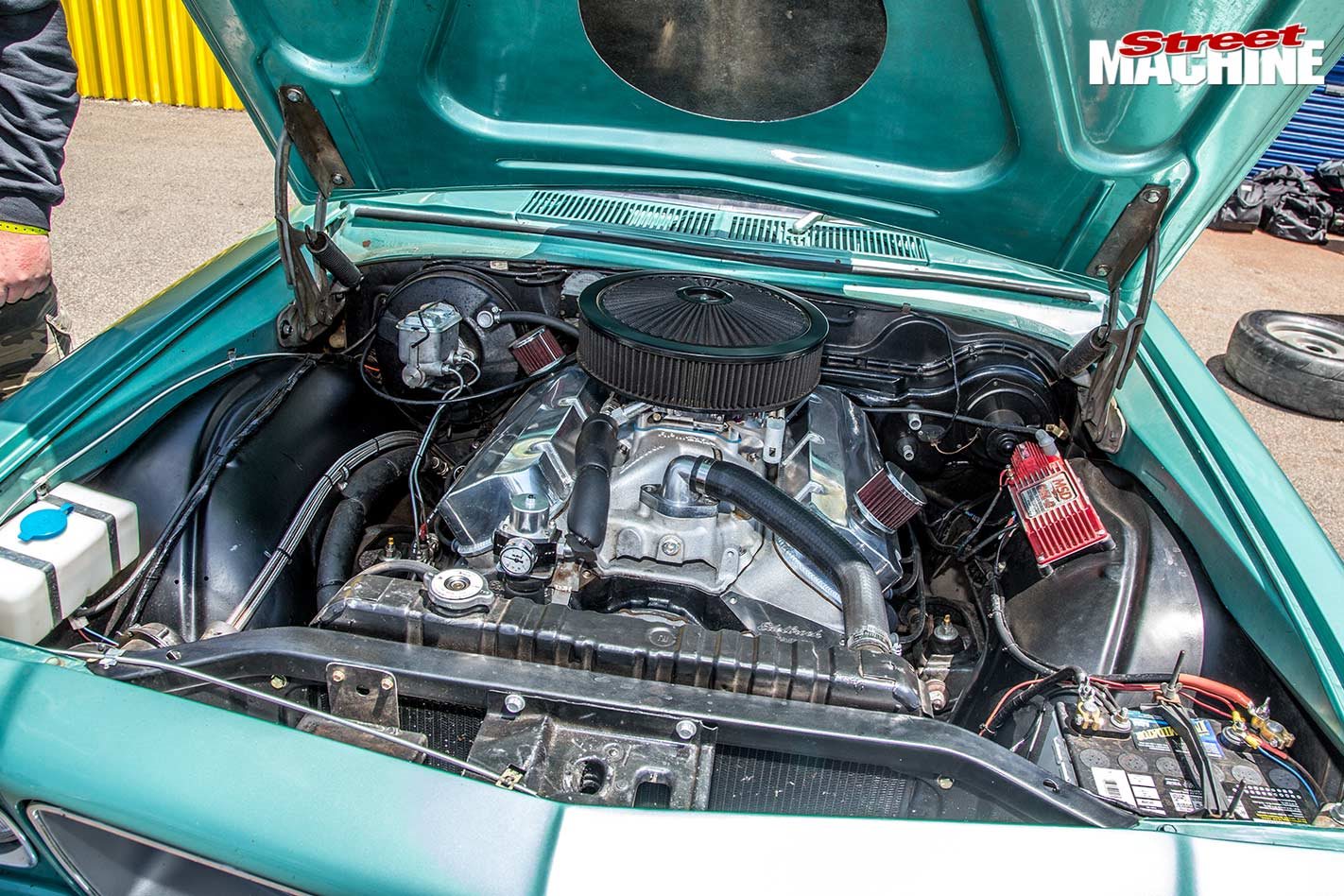 What are your future plans?

I’m going to run it in the Summit Super Street series, so we’re going to ’cage it because the car should run in the 10s pretty easily, and we’ll probably give it a mini-tub as well. We got the car to hook up really well on some of Dad’s spare 235s on DC, but I’m going to run some 255s and give it a red-hot crack! 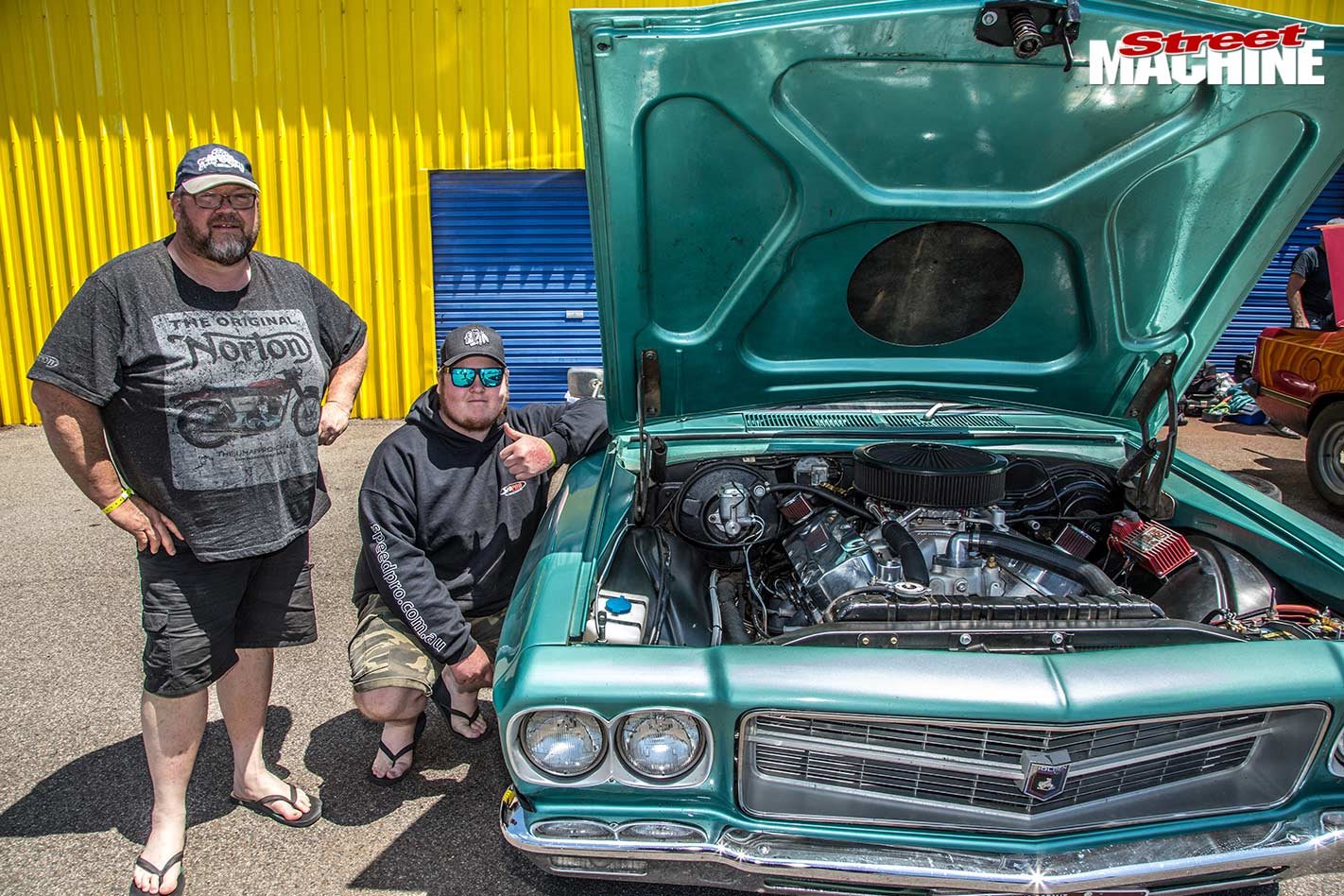 What about DC next year?

We should be back next year. Dad’s Torana should be done by then so I might bend my licence rules slightly and drive the Prem while Dad drives the Torana. I’ll probably stay in DYO and give it a proper go next year, as this year we went a bit soft as we didn’t know what the car would be like first time out.