A DEMONIC twist on a classic love tale, Christine is the genius result of setting horror flick director John Carpenter (Halloween, Escape From New York) on Stephen King’s novel of the same name. Arnie ‘Pizza Face’ Cunningham (Keith Gordon) is your typical high school nerd: badgered by strict parents, failing with the chicks and easy pickings for local bullies. His childhood friend Dennis (Stockwell) is a popular jock who protects and counsels Arnie as they enter their senior 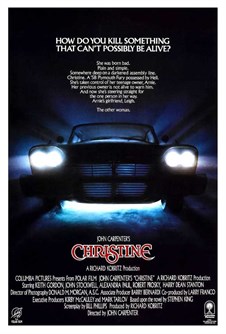 After a run-in with local bully Buddy Repperton (William Ostrander), Arnie spots Christine, a rusty 1958 Plymouth Fury, resting derelict in a yard, and it’s love at first sight. The basket-case Christine is banned from the Cunningham home, but Arnie finds solace at an auto wreckers where he and hardass boss-man Will Darnell (Robert Prosky) strike up an unusual friendship

Cigar-chomping Darnell barks some of the film’s most memorable lines: “You know, if you sold him that piece of shit you should be f--king ashamed of yourself.” Dennis: “I didn’t sell it to him. I tried to talk him out of it.” Darnell: “You should have tried harder.”

As the car’s restoration begins, so does a change in Arnie. His appearance, attitude and villainous nature awaken as Christine’s transformation unfolds. She communicates via a wireless that plays only 50s rock ’n’ roll, while her evil capabilities increase as her odometer winds back. Dennis gets suspicious of the car when he notices the change in Arnie’s demeanour, further complicated as they vie for the attention of new girl, Leigh (Alexandra Paul).

Dennis: “What is it about that car?” Arnie: “Maybe for the first time in my life I’ve found something that’s uglier than me, and I know I can fix her up.” Buddy and his gang pay Christine a late-night visit, beating her seemingly beyond repair and triggering an eternal bond with Arnie and thirst for revenge on anyone choosing to cross them. “Okay. Show me,” says Arnie as he stands back to watch Christine self-rebuild. 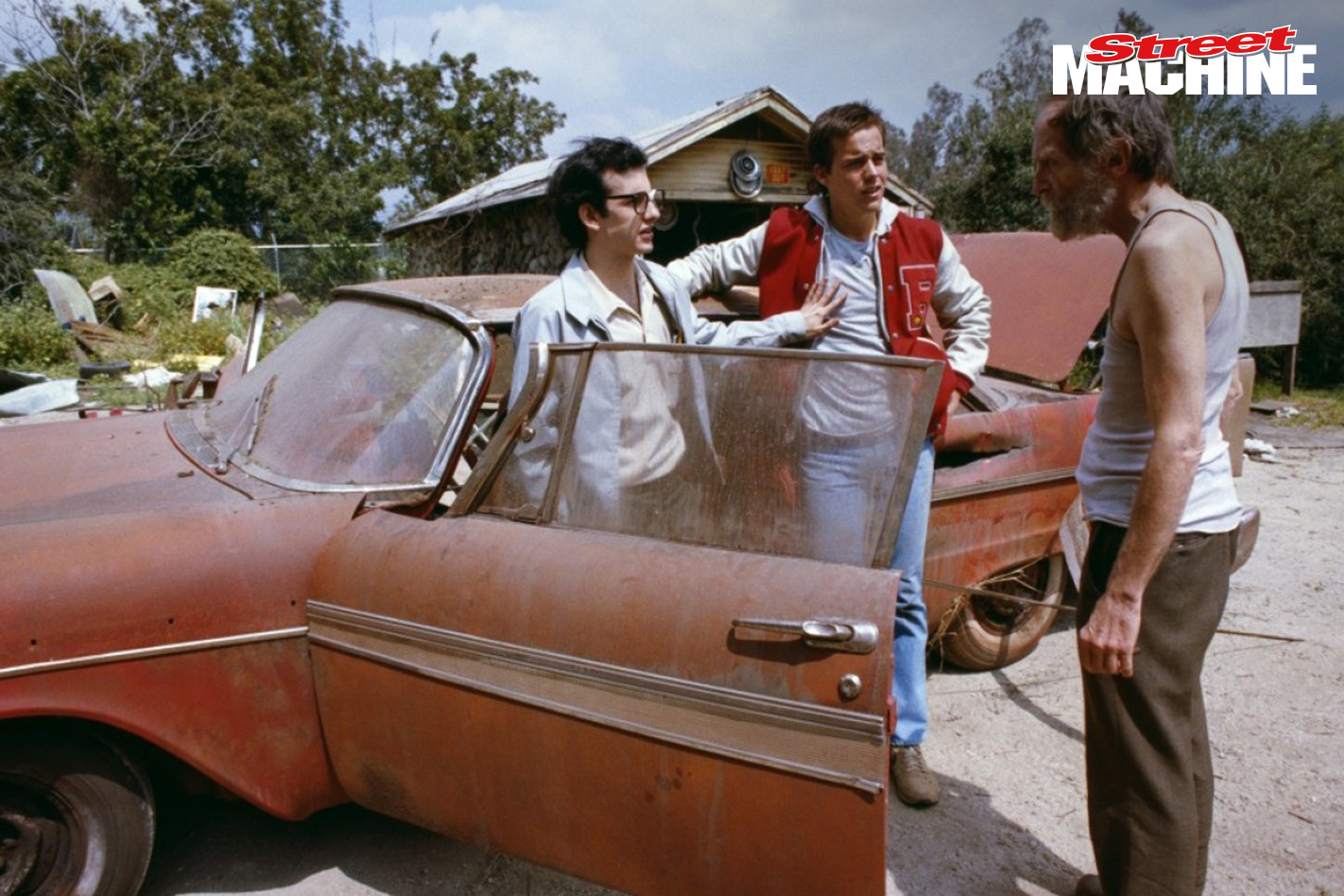 The gang of bullies are methodically picked off amid the smoking of tyres and shrieking of torn metal – Christine gnawing her way into a loading dock is priceless – while Arnie scrambles to divert the dogged attention of Detective Junkins (Stanton) and the fears of Dennis and the ostracised Leigh. A showdown at the Darnell shed between a toothy Christine and a Caterpillar bulldozer is the last chance for Dennis and Leigh to save their friend and exorcise the evil Mopar. 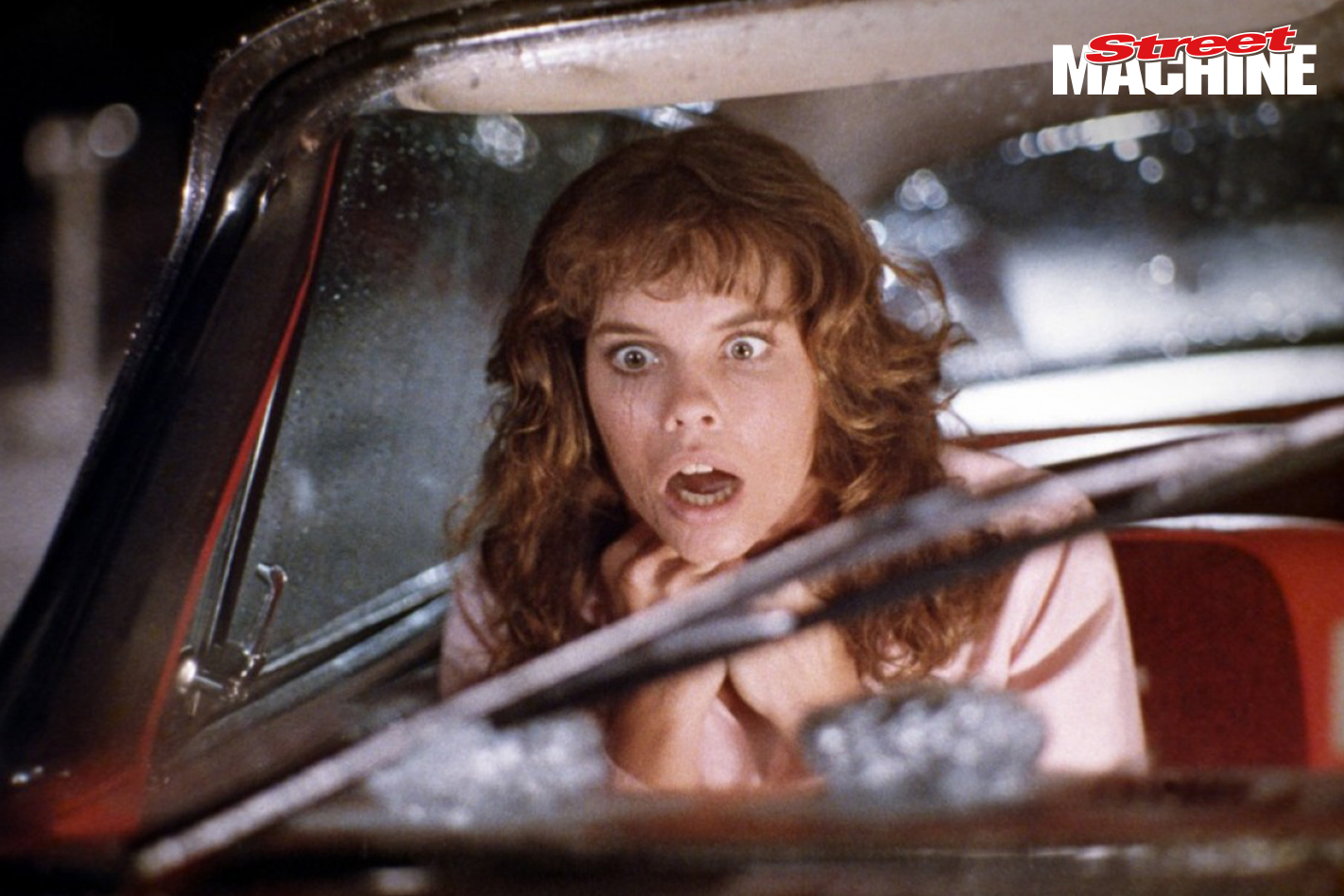 Christine has stood the test of time. The soundtrack is fantastic, while the special effects add enough realism to make an inanimate object seem genuinely capable of being possessed. Not only that, but it has now become part of our language; let’s face it, most of us have had love/hate relationships with cars or bikes like Christine. 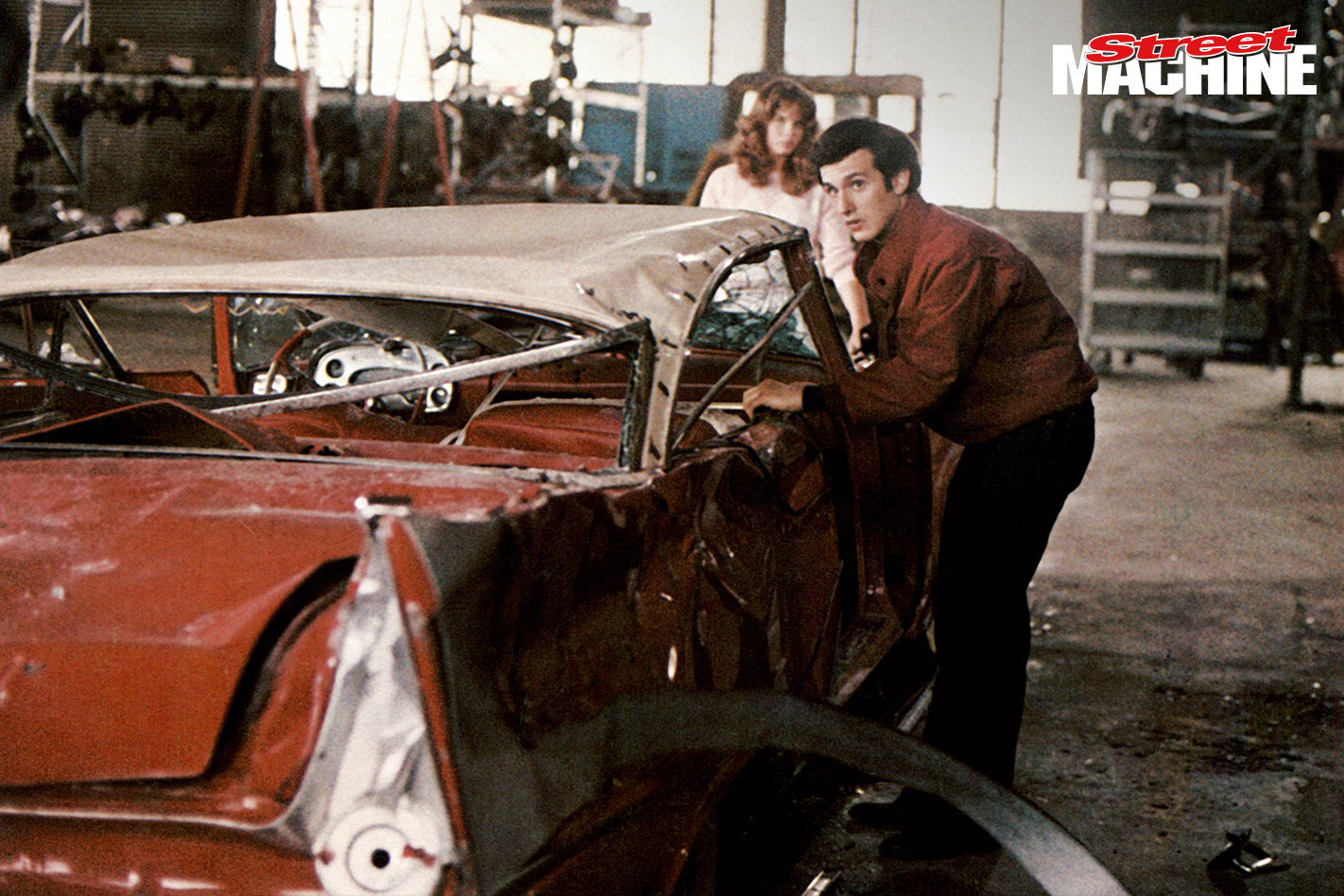 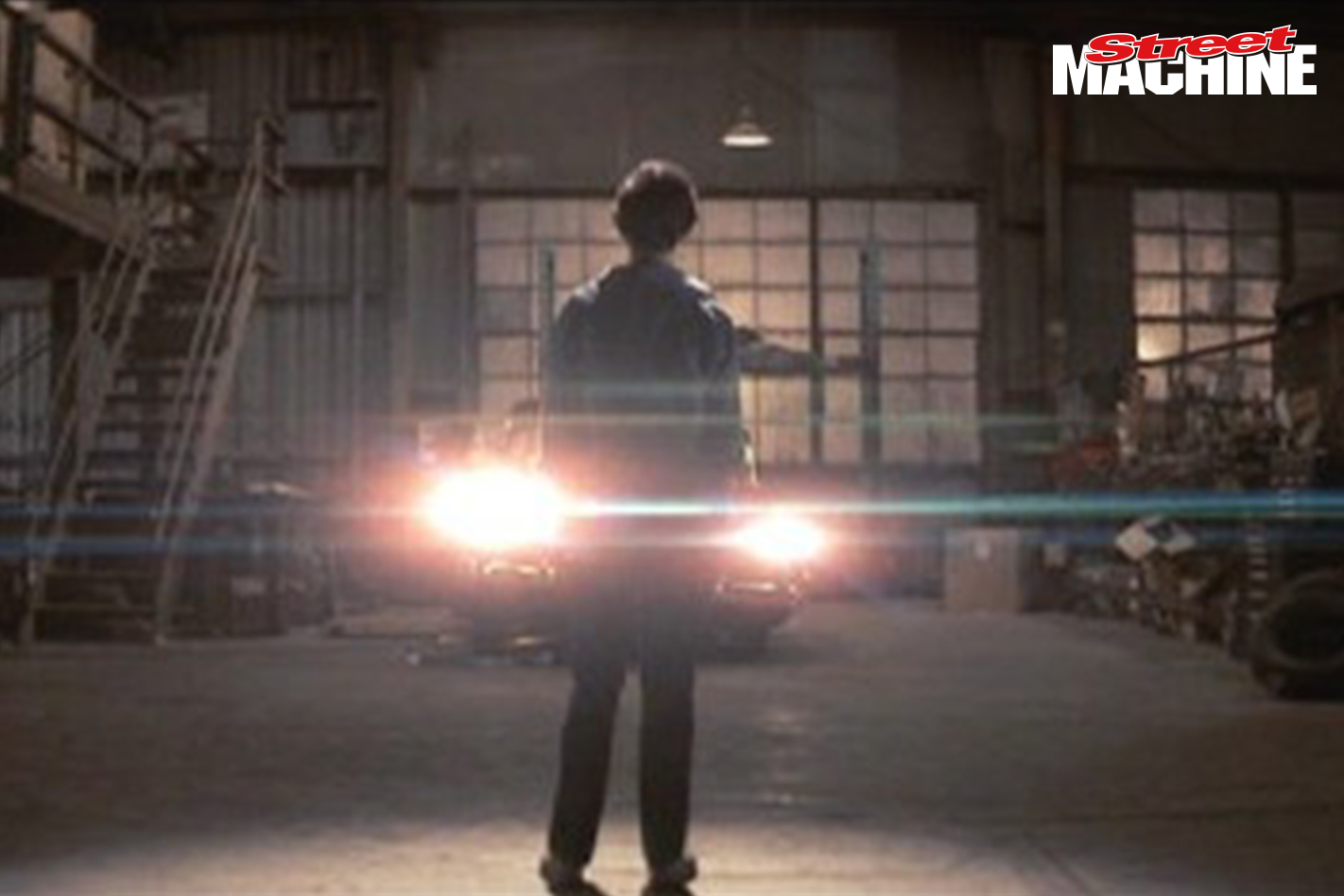 Stephen King specifically chose a Plymouth Fury to portray the title car simply because of the word ‘fury’.