CHRYSLER was the last of the Big Three to have a stab at the Australian family car market, launching the Valiant in 1962 to take on Holden’s EK and Ford’s XL. Known as the R series, the first Valiant was built in the US and assembled at Adelaide’s Mile End factory. Besides Australia, export Valiants made their way to Canada, Mexico, South Africa, Argentina, Brazil, Switzerland and Sweden. 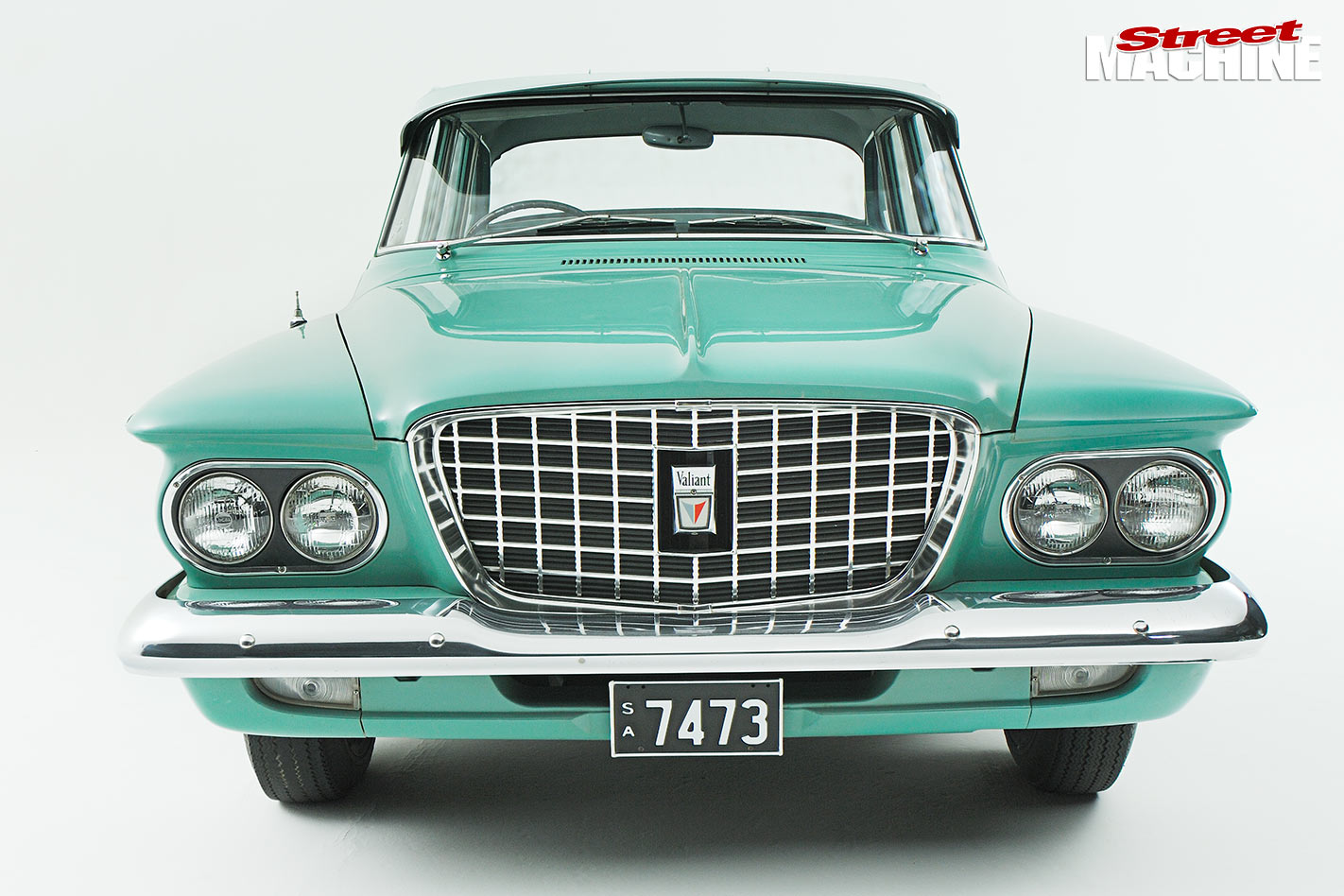 While Aussies see it as a full-size family car, the A-body Valiant was actually Chrysler’s attempt at building a compact. Although originally intended as a stand-alone marque, the Valiant was branded as a Plymouth in the US and also released as the Dodge Lancer. American Vals were available in two trim levels — the V100 and ritzier V200 — with the choice of 170ci or 225ci slant-six power. US buyers were also offered a sexy two-door sedan and a four-door wagon. 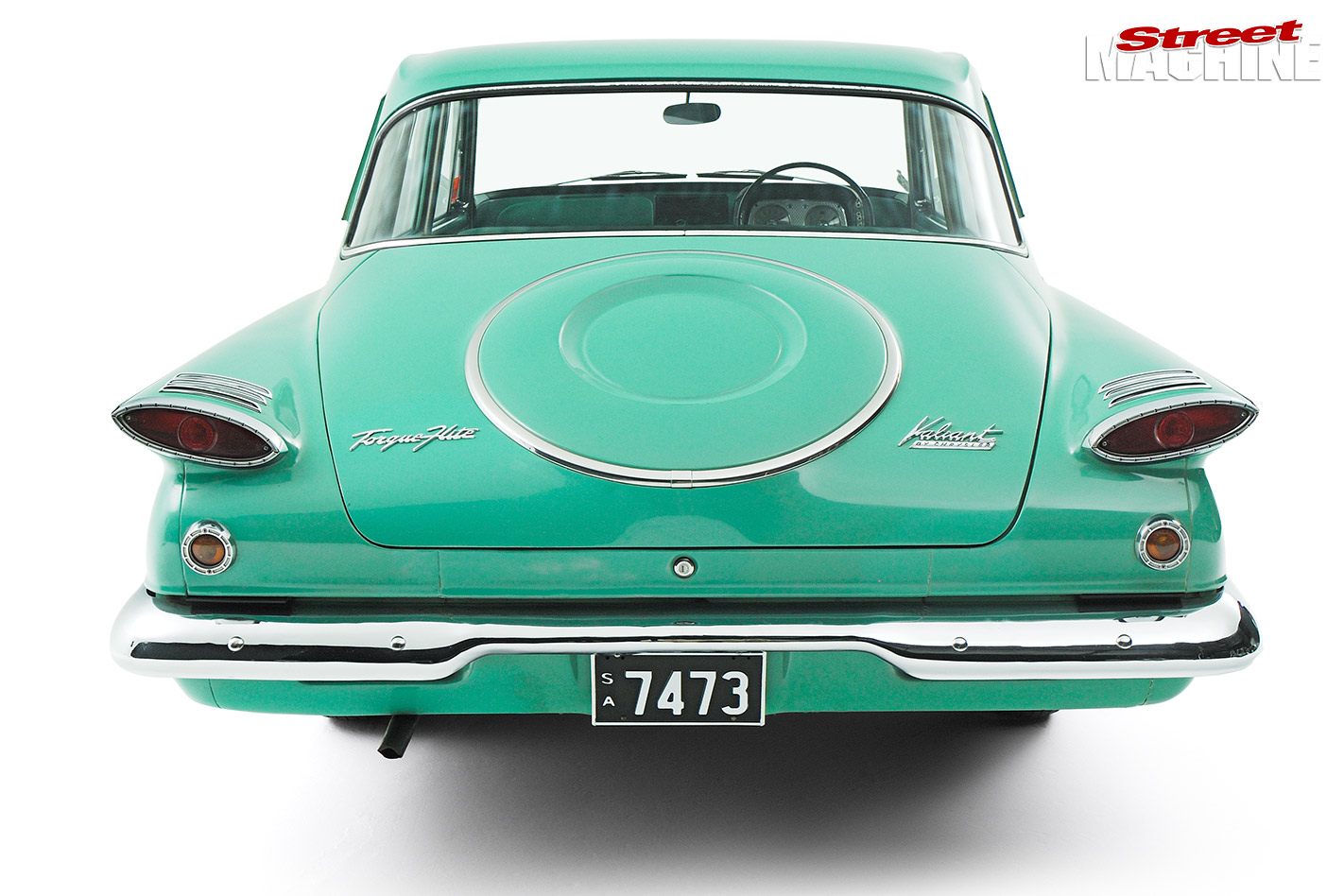 The fake spare wheel cover on the boot is the R series signature. The spare was mounted in the boot floor, although the bootlid did contain a circular aperture on the inside. The cat’s eye tail-lights were short-lived, along with the three chrome garnish strips on top of the rear fins

The R series looked like a spaceship alongside the Holdens and Fords of the day, and despite being slightly more expensive than the competition, the limited run of 1008 cars sold out in a matter of days. The highly sculptured body was of monocoque construction, with more than 5000 spot and seam welds, but the donk was perhaps of greatest interest. Chrysler Oz ignored the smaller slant and offered only the 225-cube donk. With 145hp to play with, the Valiant had the competition comprehensively outgunned, with Holden and Ford only able to offer 75hp and 85hp respectively. 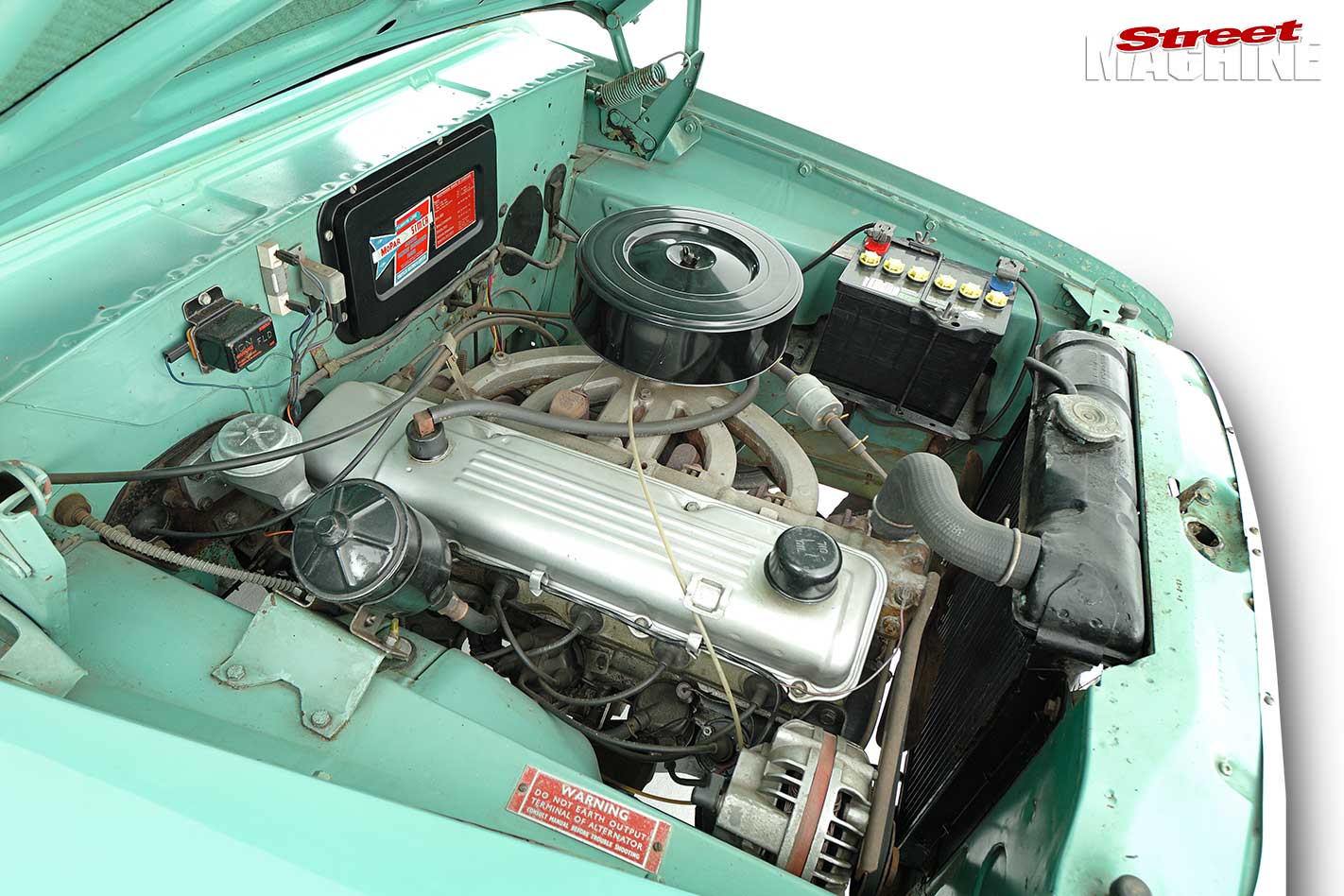 The slant-six was tilted by 30 degrees for a low bonnet line. With the water pump cast on the side, it saved four inches in length, which translated into a larger passenger compartment. A single-barrel Carter downdraft carb fed fuel via an intake manifold with long radius curves courtesy of the space freed up by the slant mounting. 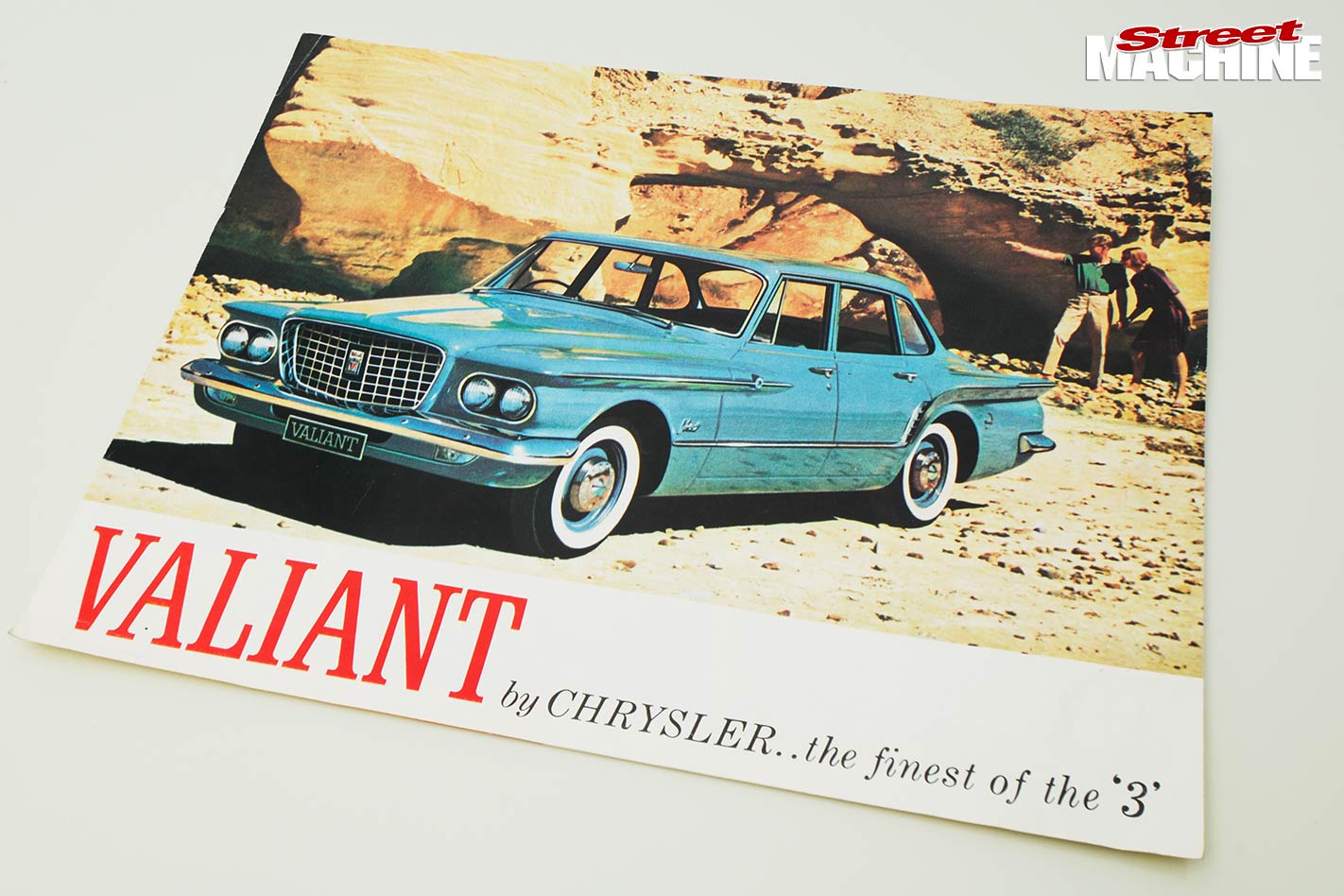 From the outset, buyers could select the three-speed floor-shift manual or the new TorqueFlite three-speed pushbutton auto, a revolution for the day. Performance figures show a standing quarter in a little more than 19 seconds, with 0–60mph in 18.5, not exactly greased lightning but way quicker than anything Ford or Holden could offer.

Another unique feature was the torsion bar front end, rather than more usual coil springs. The 35.8in x 0.89in steel bar design was referred to by the PR types as ‘Torsion-Aire’. Rear suspension used semi-elliptical leaves. Brakes were duo-servo drums with an optional booster, while 14x4.5 steel rims were fitted for slightly increased ground clearance on Australia’s comparatively poor roads at the time. 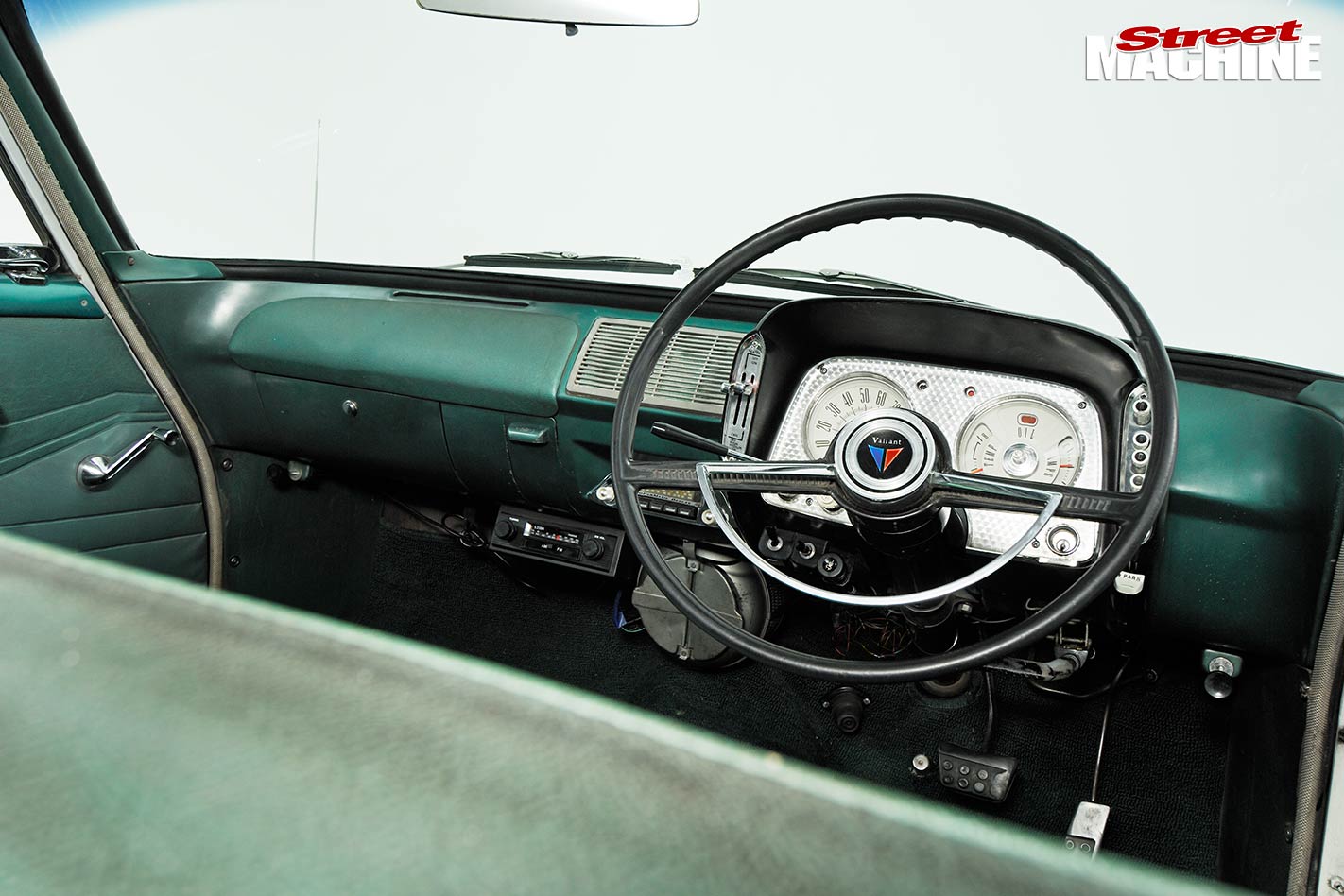 The brushed aluminium dash facia was a major point of difference, with a large speedo on the left and a matching gauge cluster containing oil warning, fuel, temp and amps on the right. Next to this was the famous pushbutton auto. The manual three-speed floor-shift had no synchro on first. Seat frames were imported from Chrysler US and upholstered locally

The R series body could be accused of looking busy from certain angles but it certainly drew attention. Instantly recognisable by the spare wheel pressing in the boot skin, this was purely a styling exercise as the spare was actually floor-mounted. Extensive bright-work garnished the front, sides and flanks, and the egg-crate grille sat between twin headlights, with the narrow cat’s eye tail-lights in the rear fins another distinguishing feature. Despite being a limited run that sold out quickly, the base was set for a successor.

Geoff's immaculate R, build number 293 of 1008, is totally original and unrestored — he picked it up from its original owners in WA, where it’d led a sheltered life. With only 30,000 miles on the clock, it’s still tight and runs faultlessly on Adelaide’s roads, having returned to its place of birth. 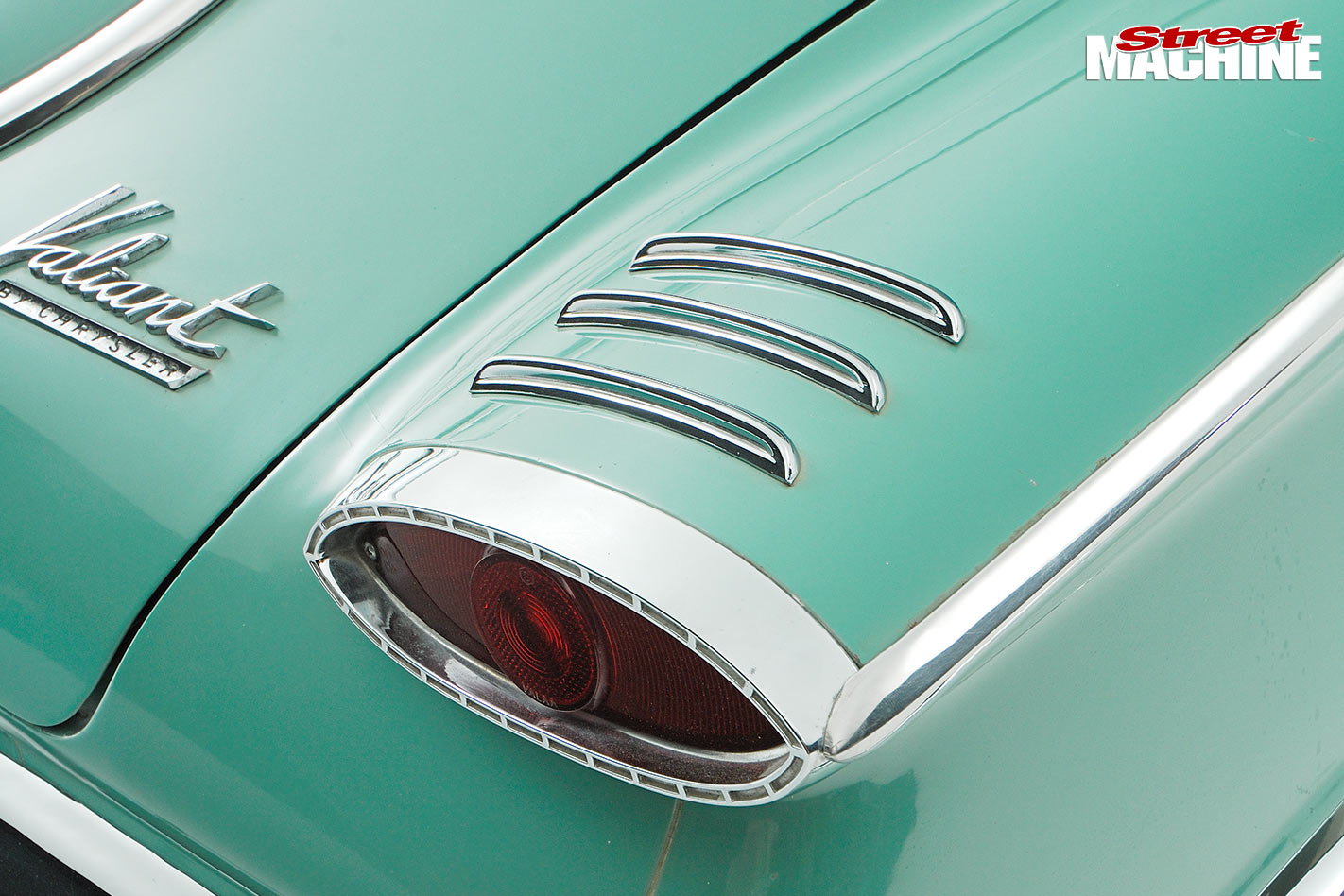 Although a single specification model, Australia received the V200 version, not the US-only V100, effectively meaning more elaborate bright-work. However, a limited range of dealer-fitted options were available and Geoff’s car sports wheel trims in addition to the standard hubcaps, a sun visor and radio. Other accessories available at the time included a heater, venetians, full wheel trims, towbar and weather-shield.

Geoff owns “around 20” Vals, including a white R series with aftermarket disc brakes and air conditioning, which is his daily driver and caravan-towing vehicle. It’s clocked the odometer five times now and he was due to drive to Perth in it straight after we spoke to him! 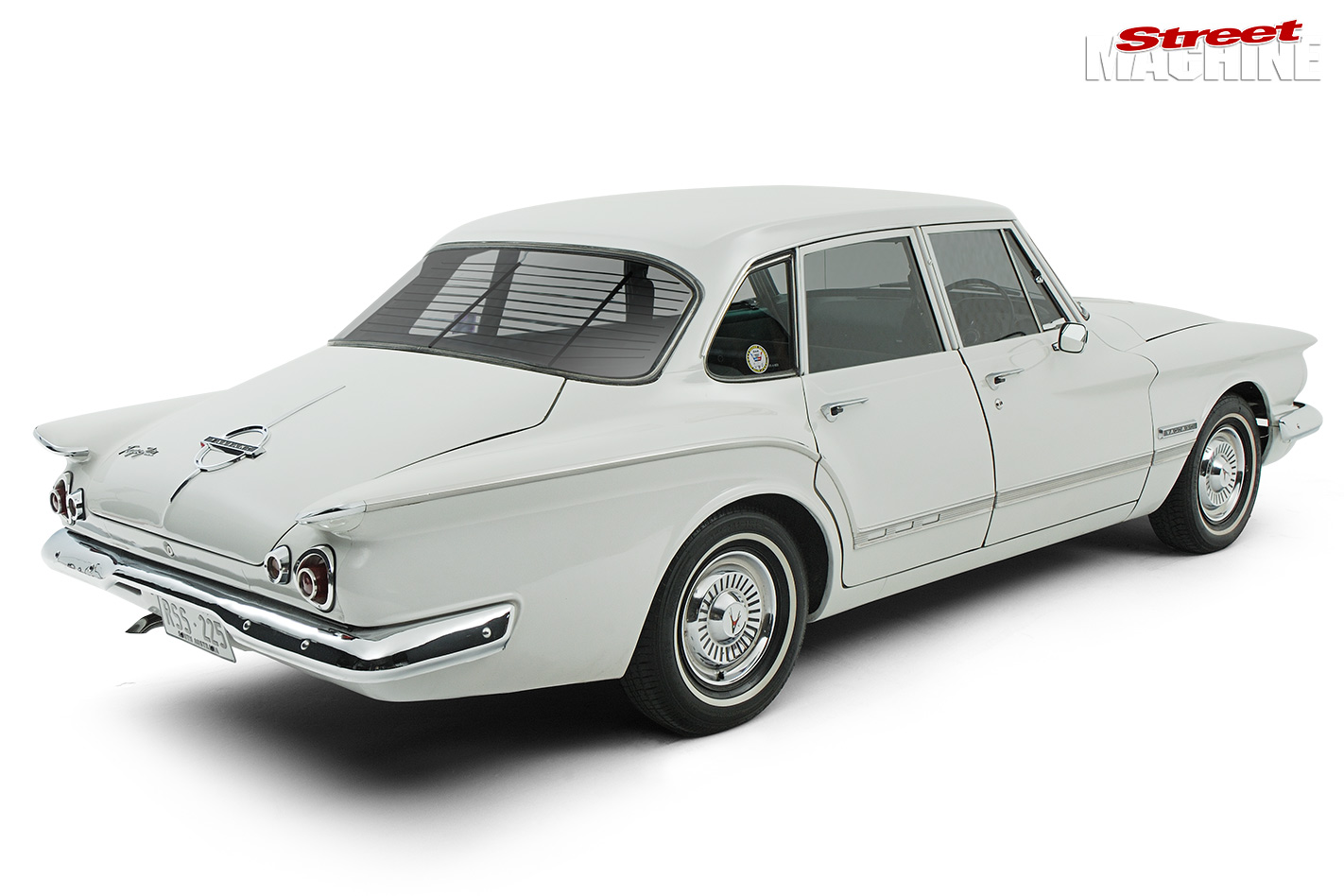 Faux spare wheel cover on the boot disappeared, replaced by a large Valiant badge; TorqueFlite badge on the lower passenger side of the boot remained. The fins lost the cat’s eye lights in favour of round lights tucked below. The chrome strips on the front guard creases disappeared while the rear strips became full length, from the front arches to the tail fins

S series customers didn’t have to wait long; the model also arrived on our shores in ’62 and continued through the 1963 model year, with 10,009 examples assembled in Adelaide. Like the R, it was a single specification model.

Not much changed mechanically. The S scored bonded brake linings instead of riveted, the fuel tank grew to 53 litres, a new starter motor was added and there was a new aluminium muffler and thicker tailpipe

The drivetrain was almost identical, though the manual transmission became a column shift, with the steering wheel now flush thanks to the new column. The pushbutton TorqueFlite outsold the manual this time around. 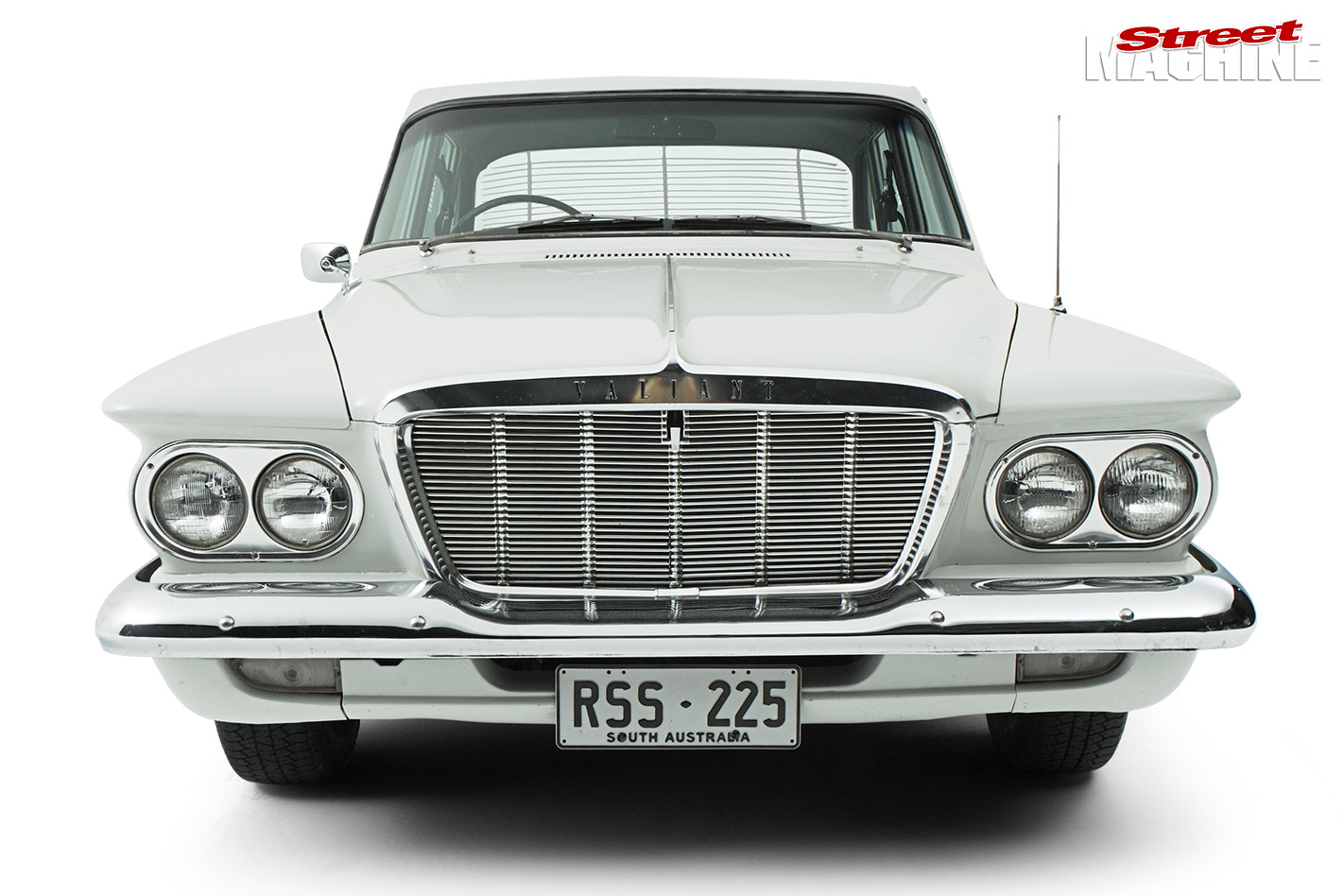 The S got a new grille with closely spaced horizontals, five vertical bars and the name in the upper bar. Central badge was replaced by a bonnet release. Twin headlights now had chromed instead of black recesses. Side ‘Valiant’ badges moved to a capitalised style in place of the earlier script

Suspension also remained largely the same, with slightly more compliant torsion bars for a milder ride. The fuel tank grew from 48 to 53 litres and Chrysler crowed about the new sealed chassis system, where critical lubrication intervals for many components were extended 15-fold. 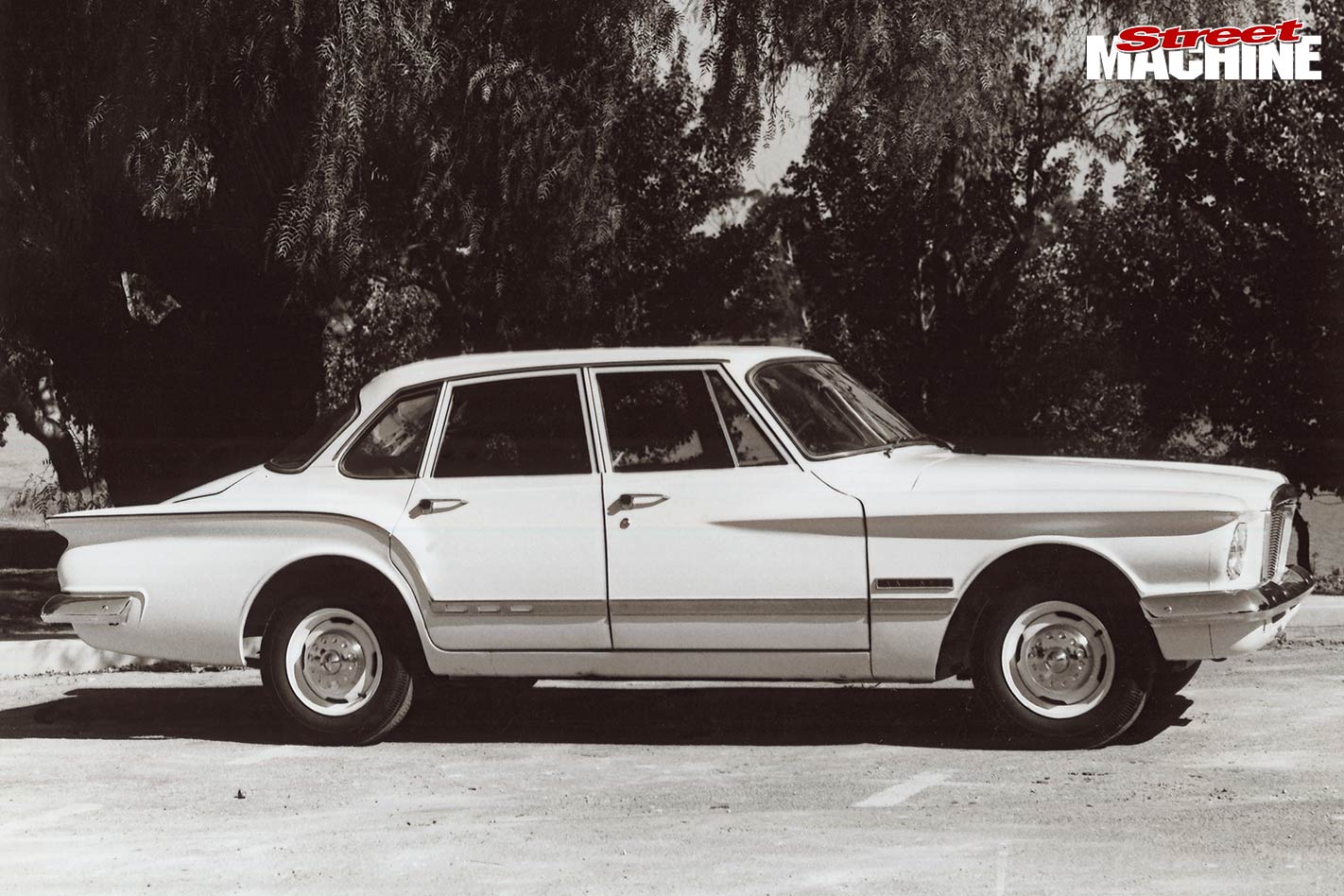 Differences between R and S models are obvious to those in the know but overall the looks are similar. The fake bootlid spare was removed, although the superfluous circular aperture beneath the now-flat skin stayed, and the tail-lights went to round units. Up front, the grille was revised to tight horizontal strips with five major vertical bars, and the bright-work was altered along the side crease lines of the body. 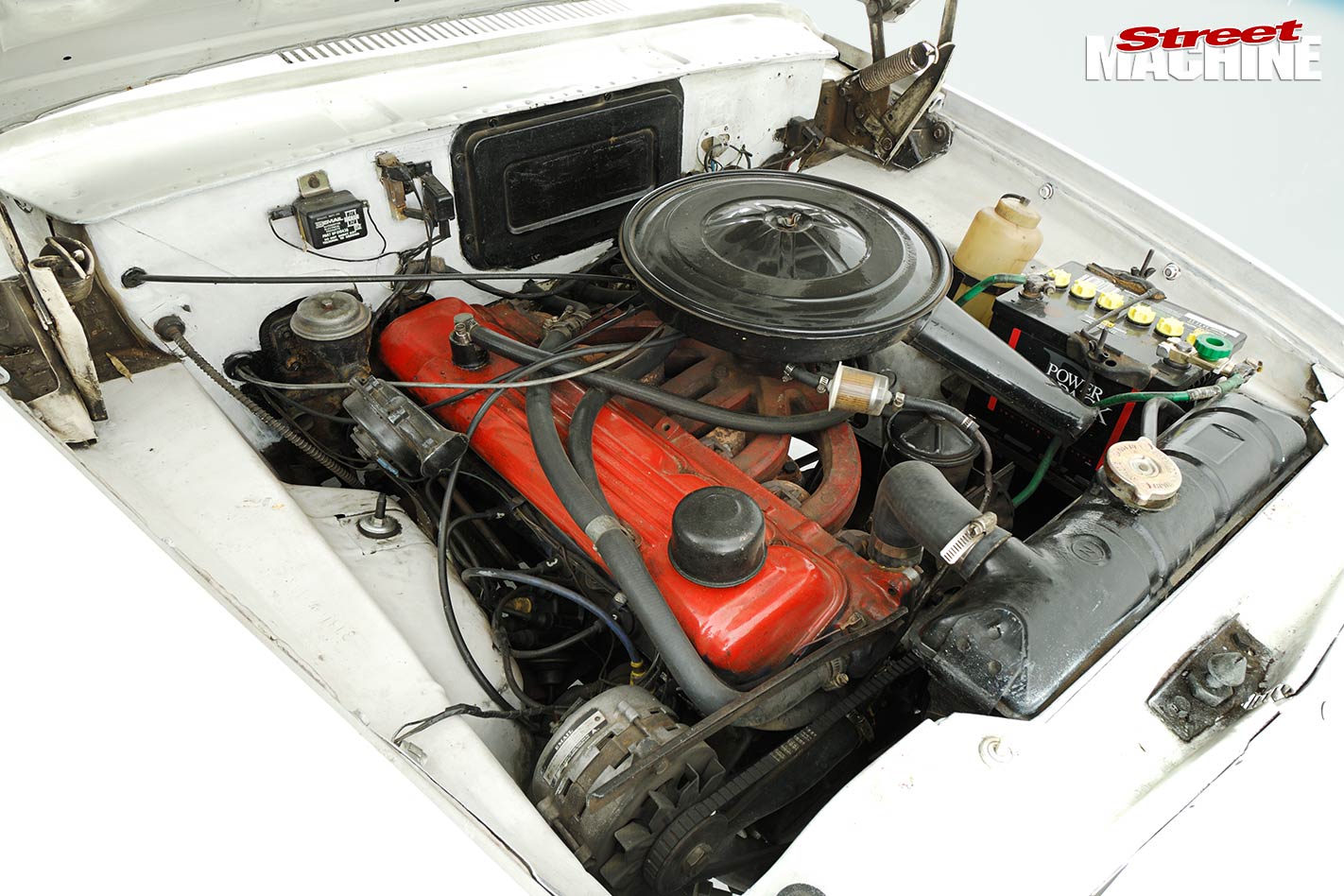 With the R series an instant sell-out and a waiting list on the S, Chrysler introduced Valiant with great success. Although total sales sat well behind the locally manufactured Fords and Holdens, this was more due to supply than acceptance, and established a solid platform for a healthy market share that continued for the best part of two decades. 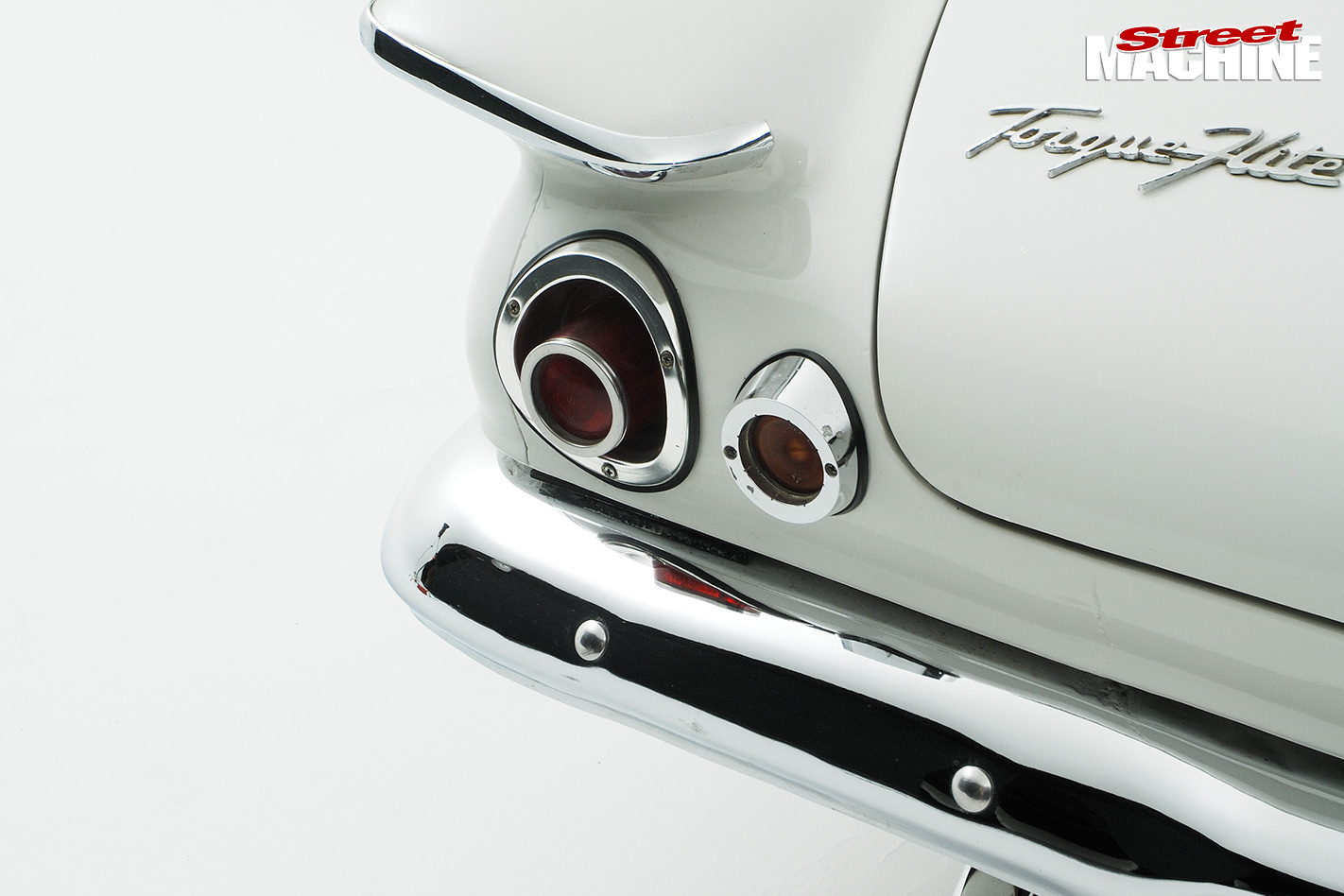 This white S is shared by Allan and his son Jason and is only a small part of the Valiant-addicted family’s collection; each member has four or five! The automatic was bought recently from its original owner. Judging by its neat condition it looks like it’s only seen light duties since it was bought new at Clem Smith Motors in Adelaide, although it’s had a respray at some stage. “Valiants are in our blood!” Jason says. “Dad has always had them, and I’ve also got a VC Regal, VC V8, VC Safari, VE sedan and VF VIP.”

TOO HOT TO TROT

American motor racing history is replete with examples of Chrysler dominating to the point where the sanctioning bodies stepped in, and the Valiant is no exception. When NASCAR ran a compact-only road race as part of the 1960 Daytona 500, Chrysler had a fleet of Hyper-Pak 170ci Valiants. Developed for racing but available as a dealer kit, the Hyper-Pak offered 10.5:1 compression, dual exhaust and a single four-barrel carb on a long-runner ram manifold. With that, plus big cams and heavy-duty valve springs, the top seven finishers were Plymouth Valiants. And that was the end of NASCAR compacts. 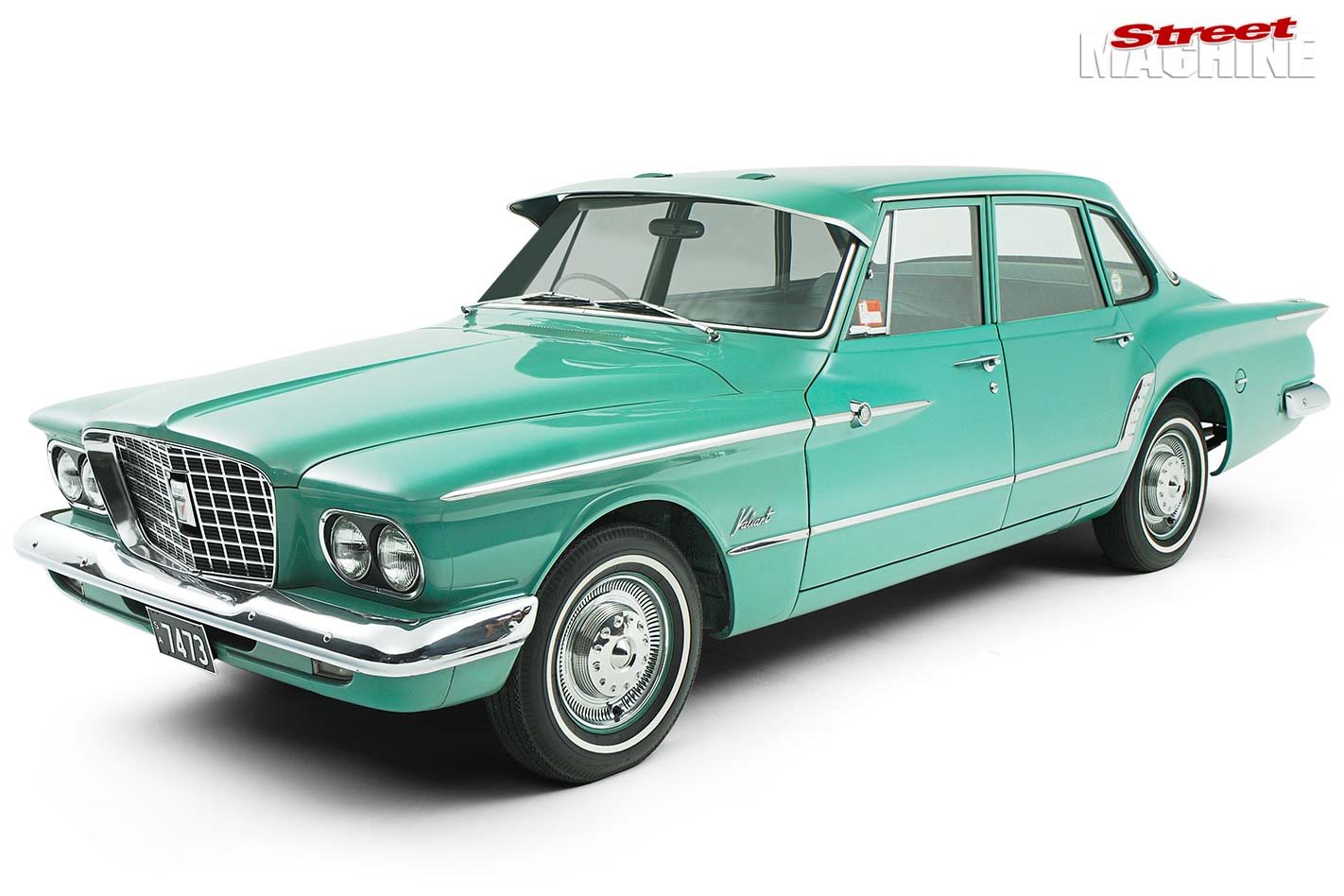 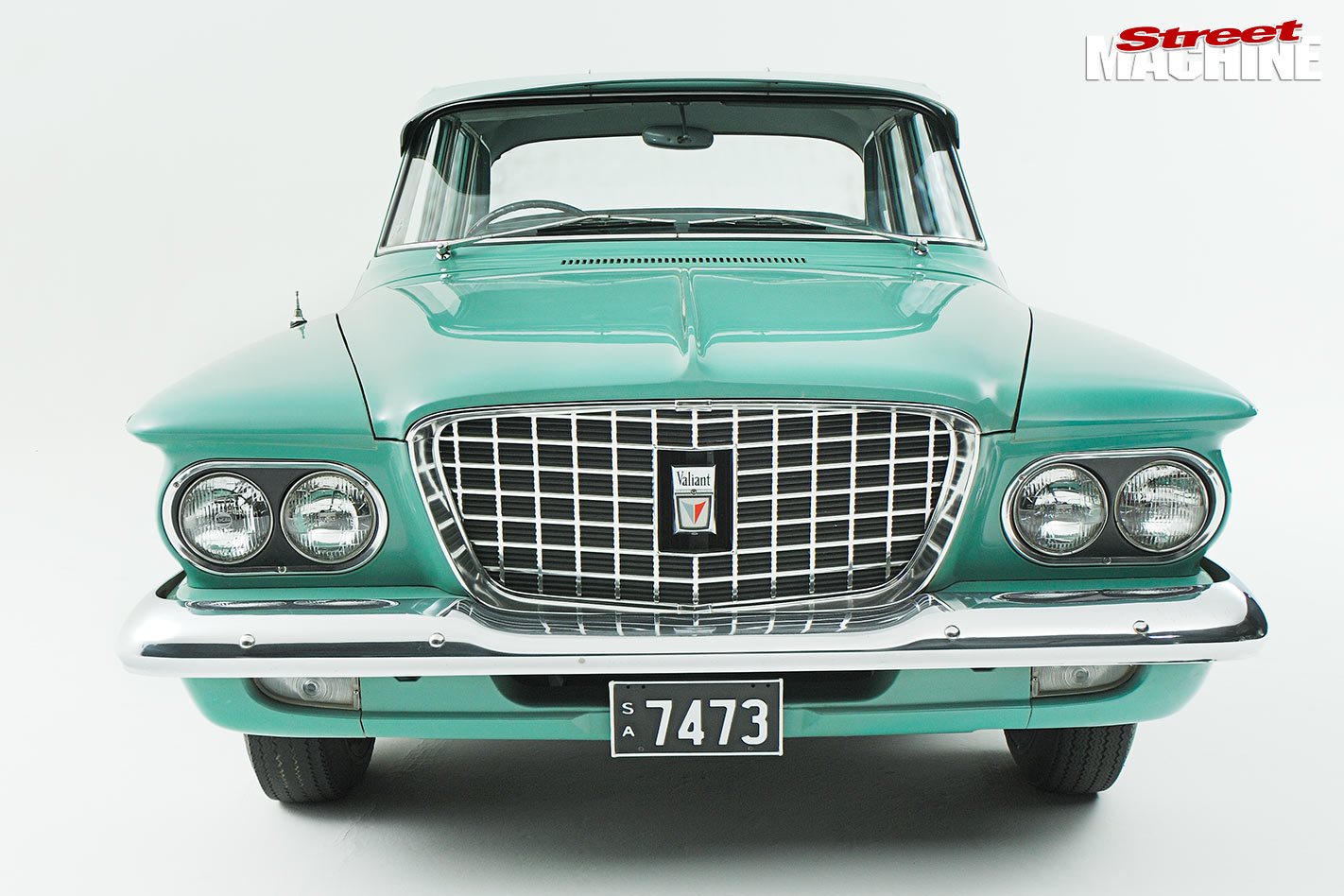 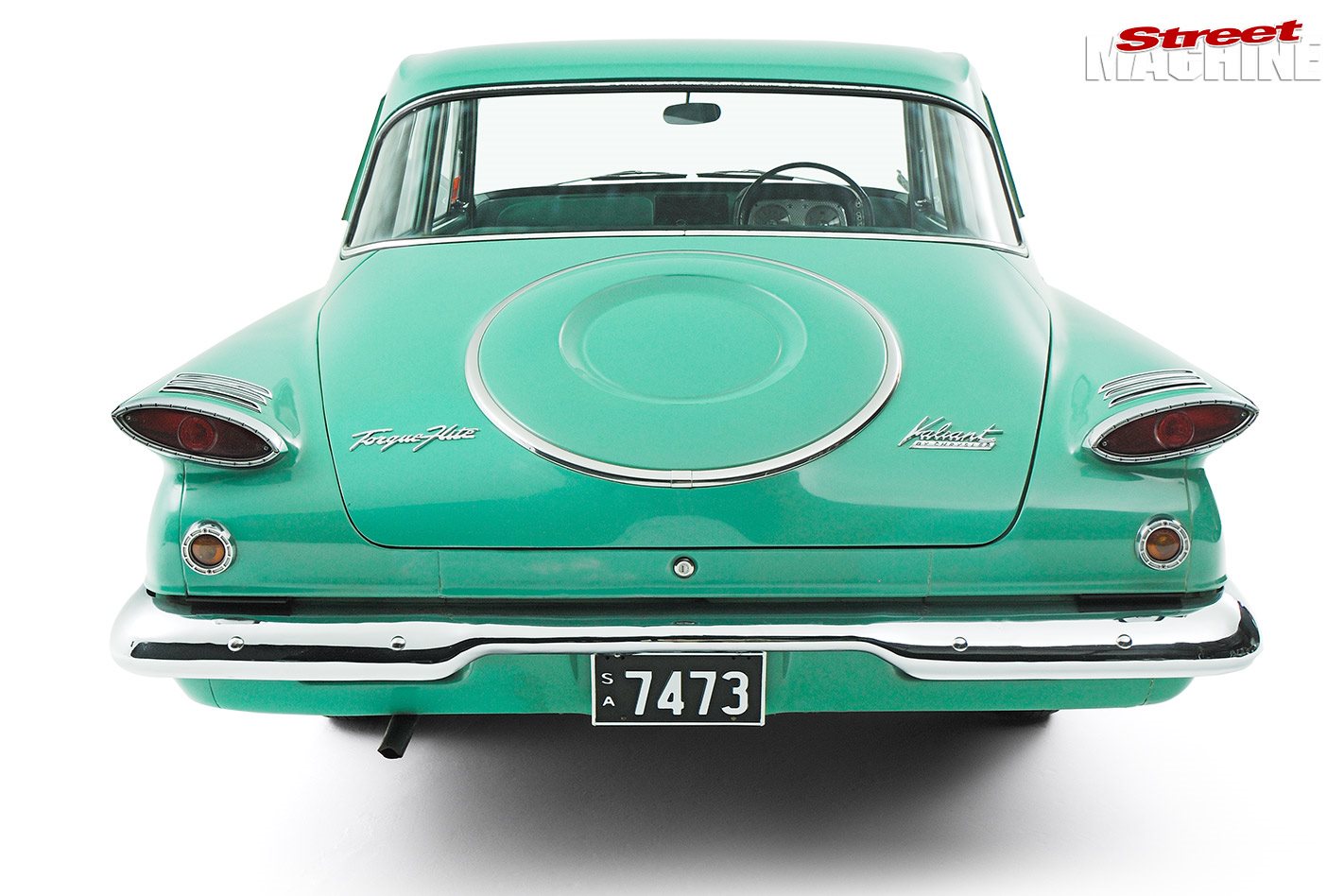 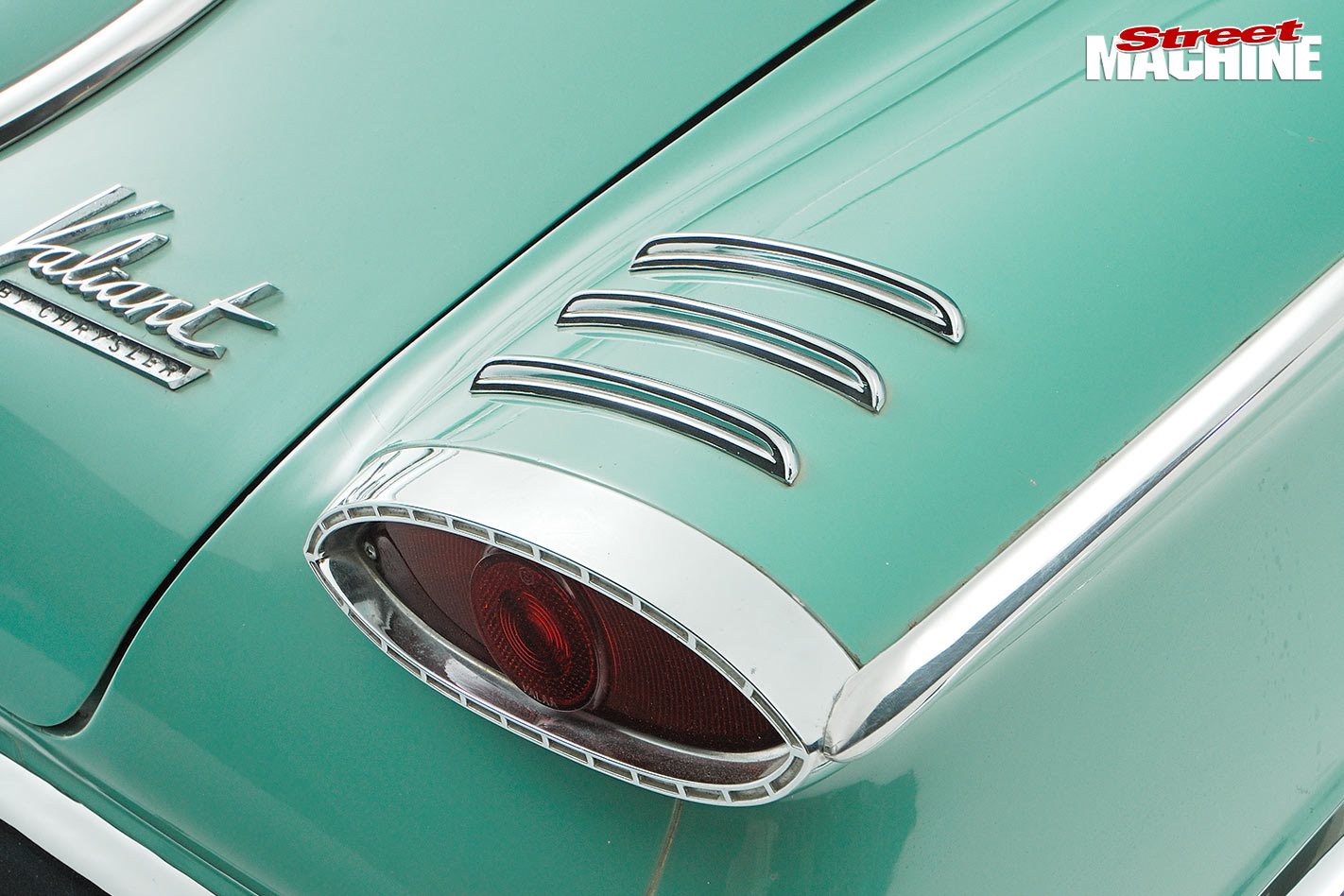 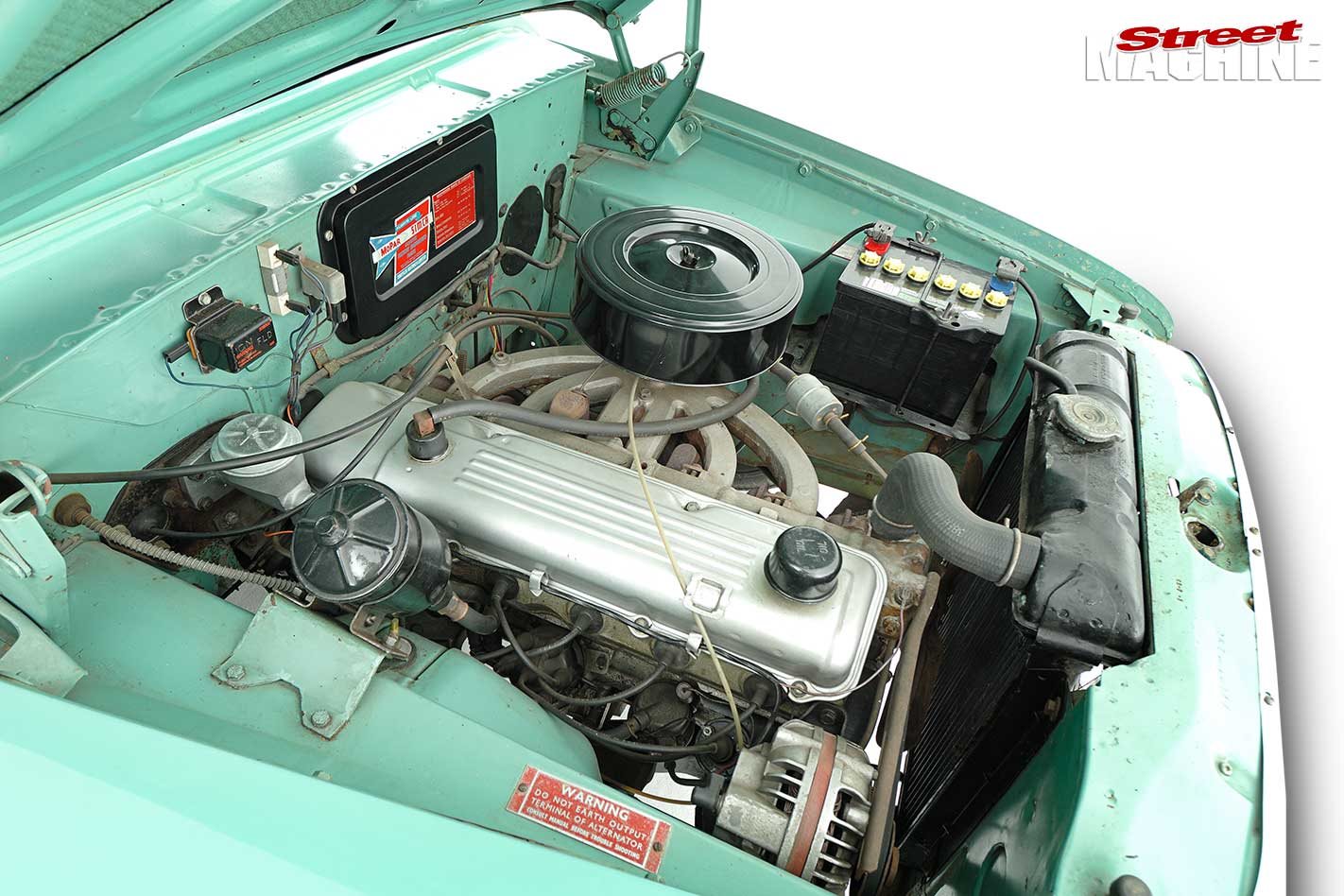 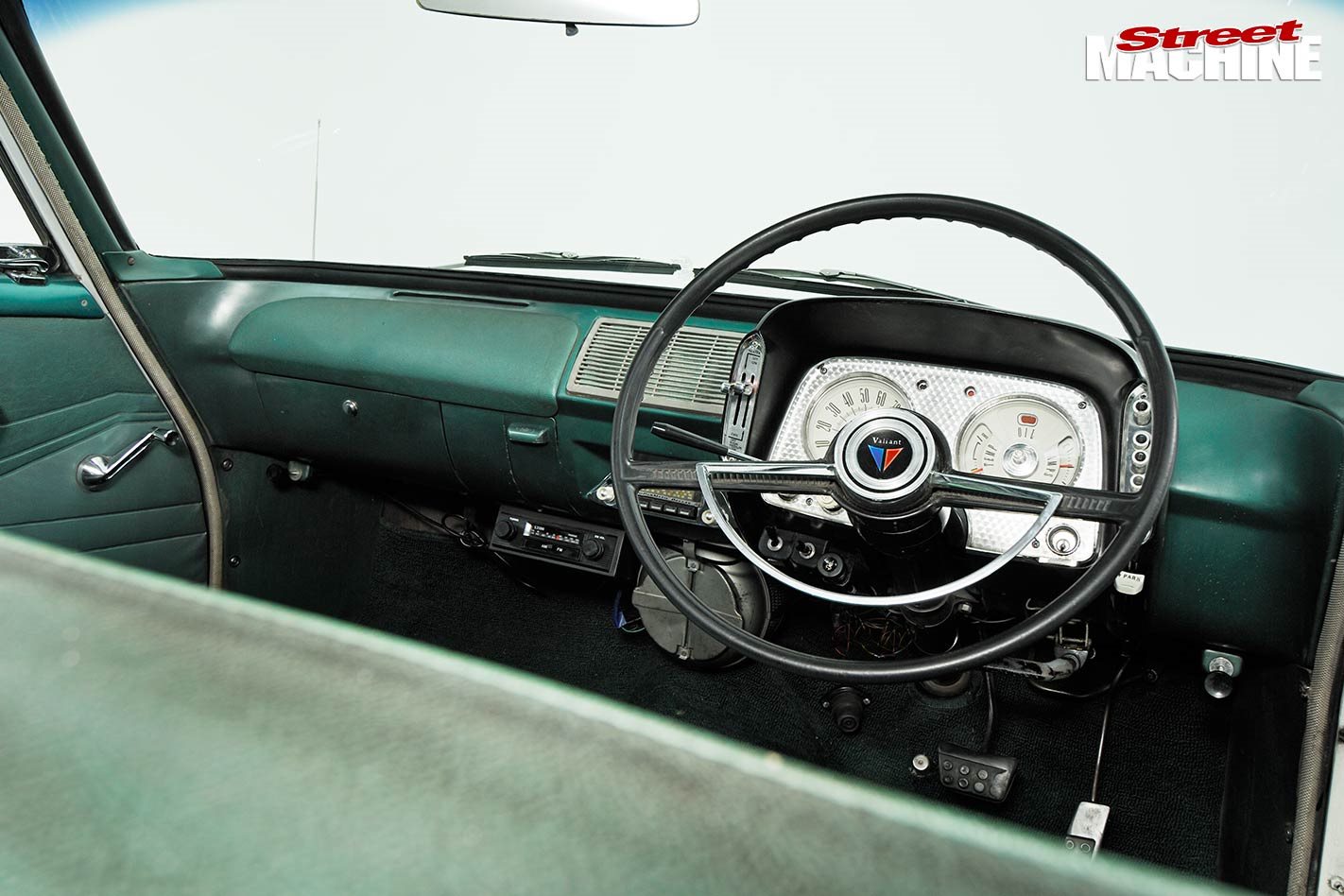 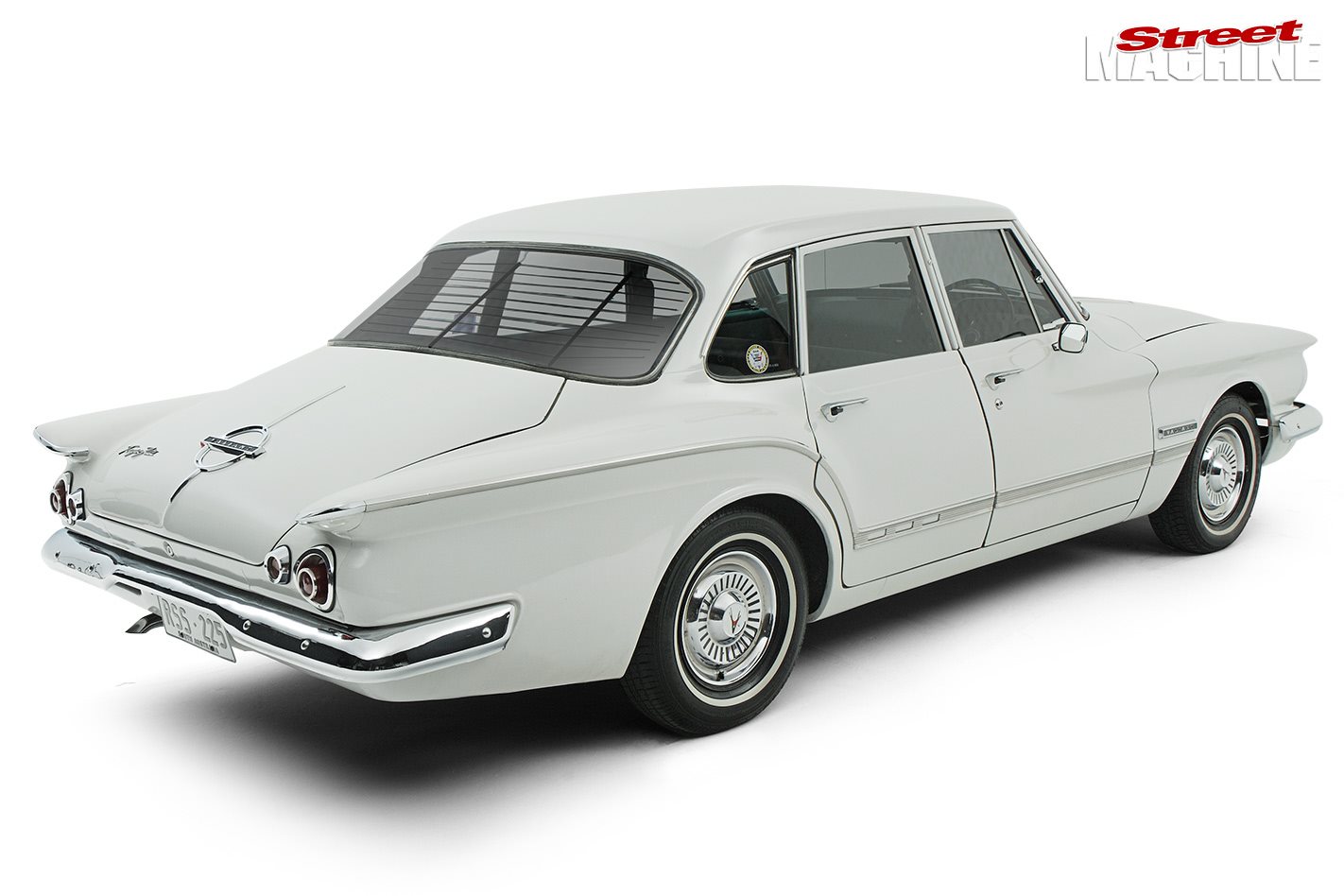 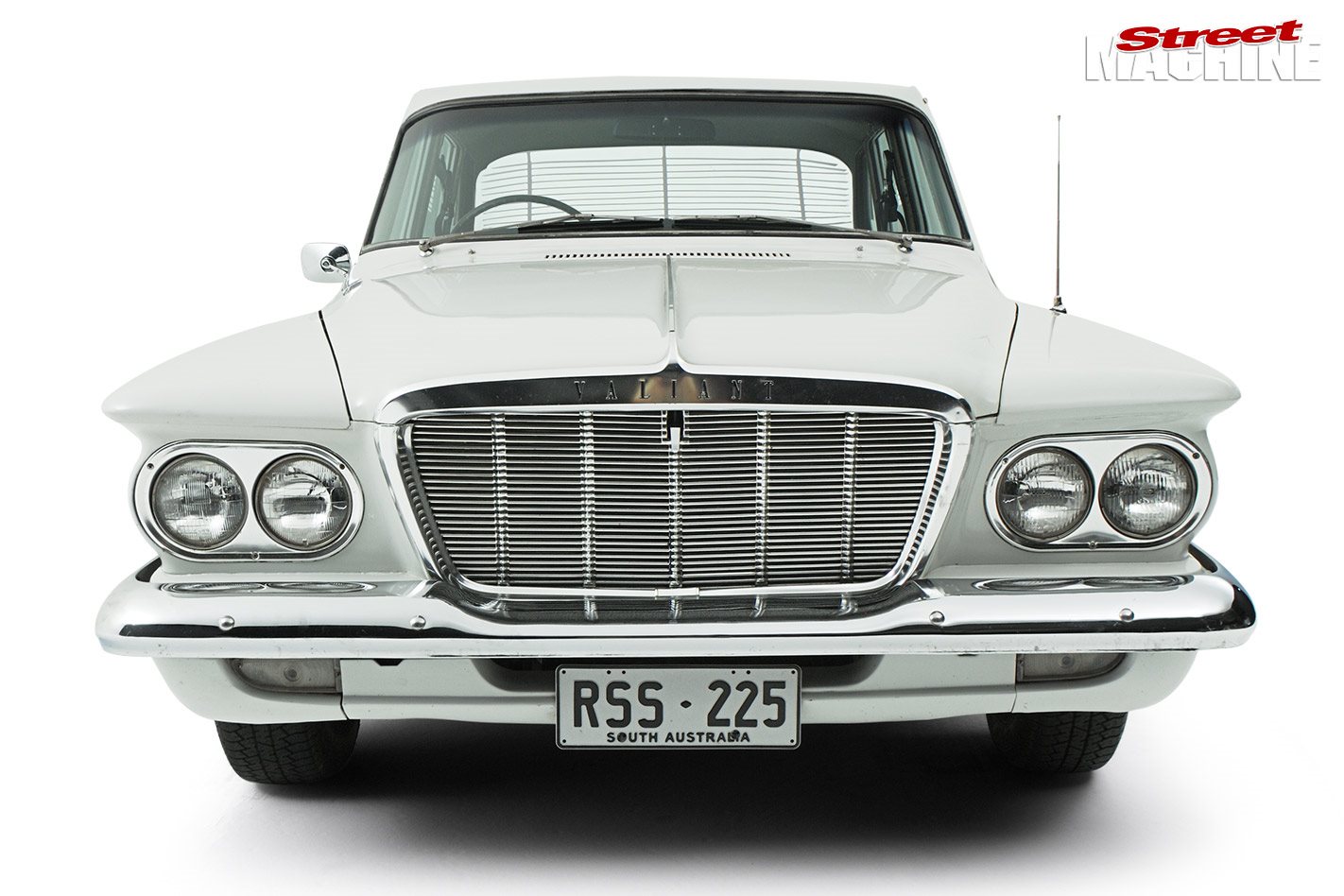 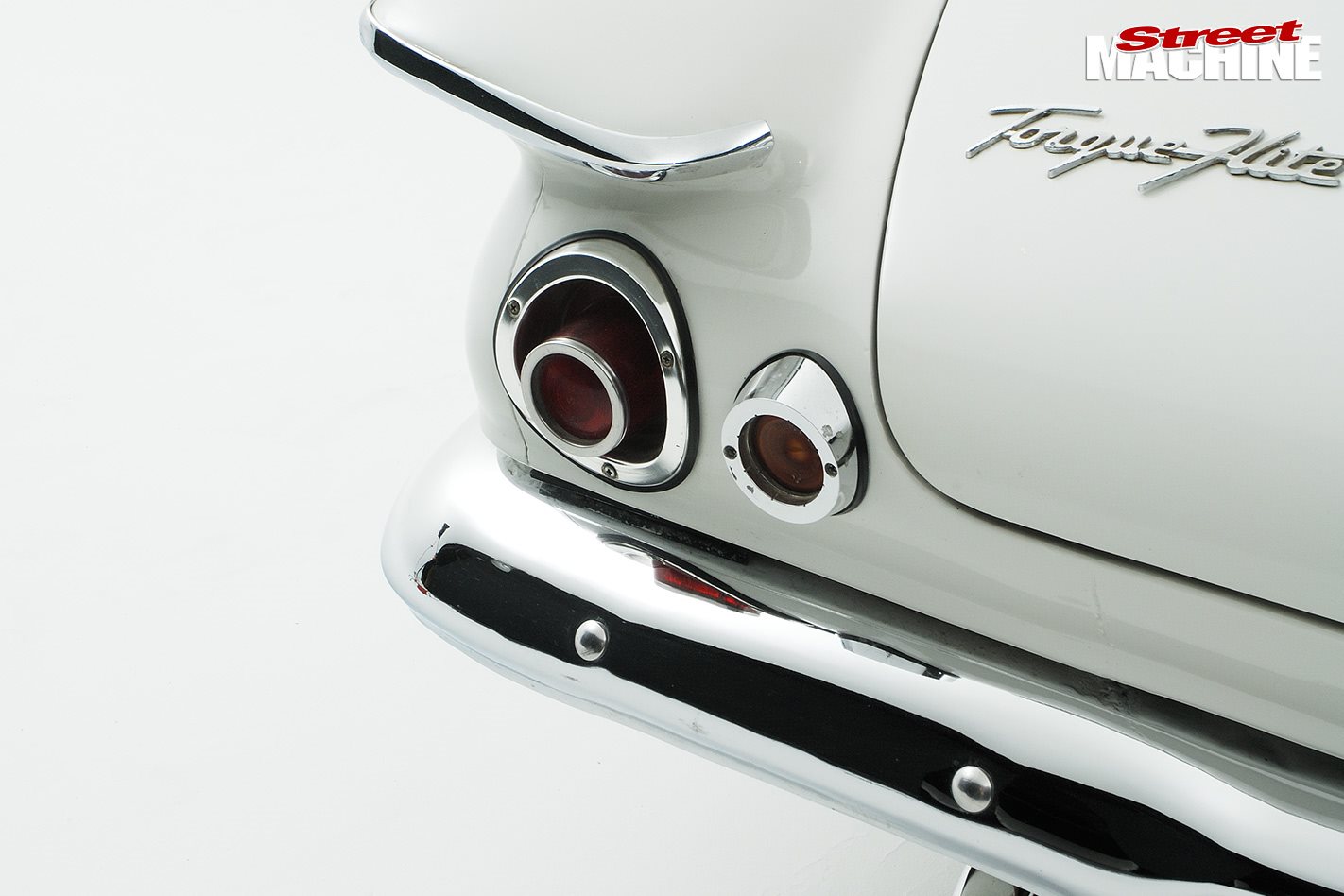 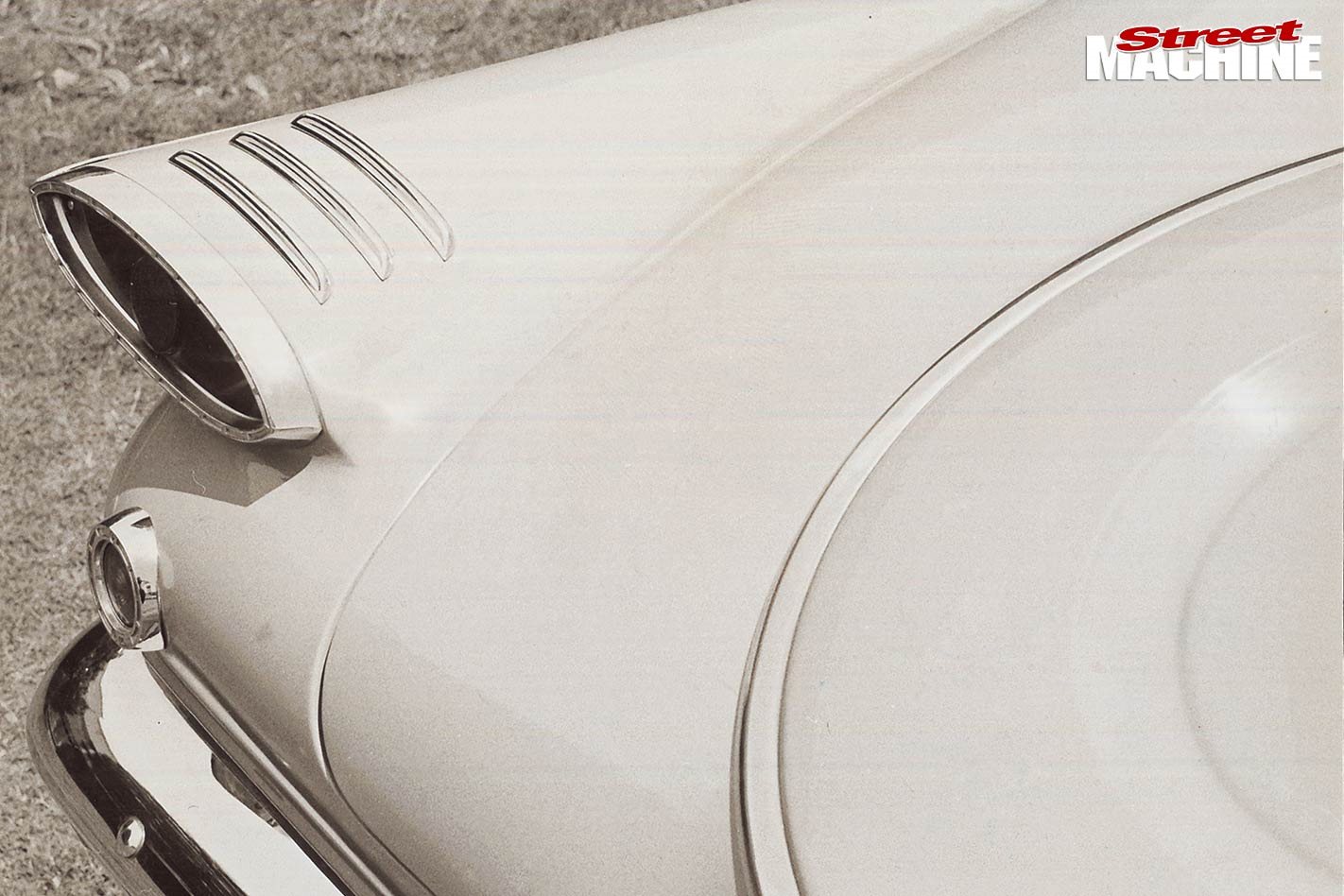 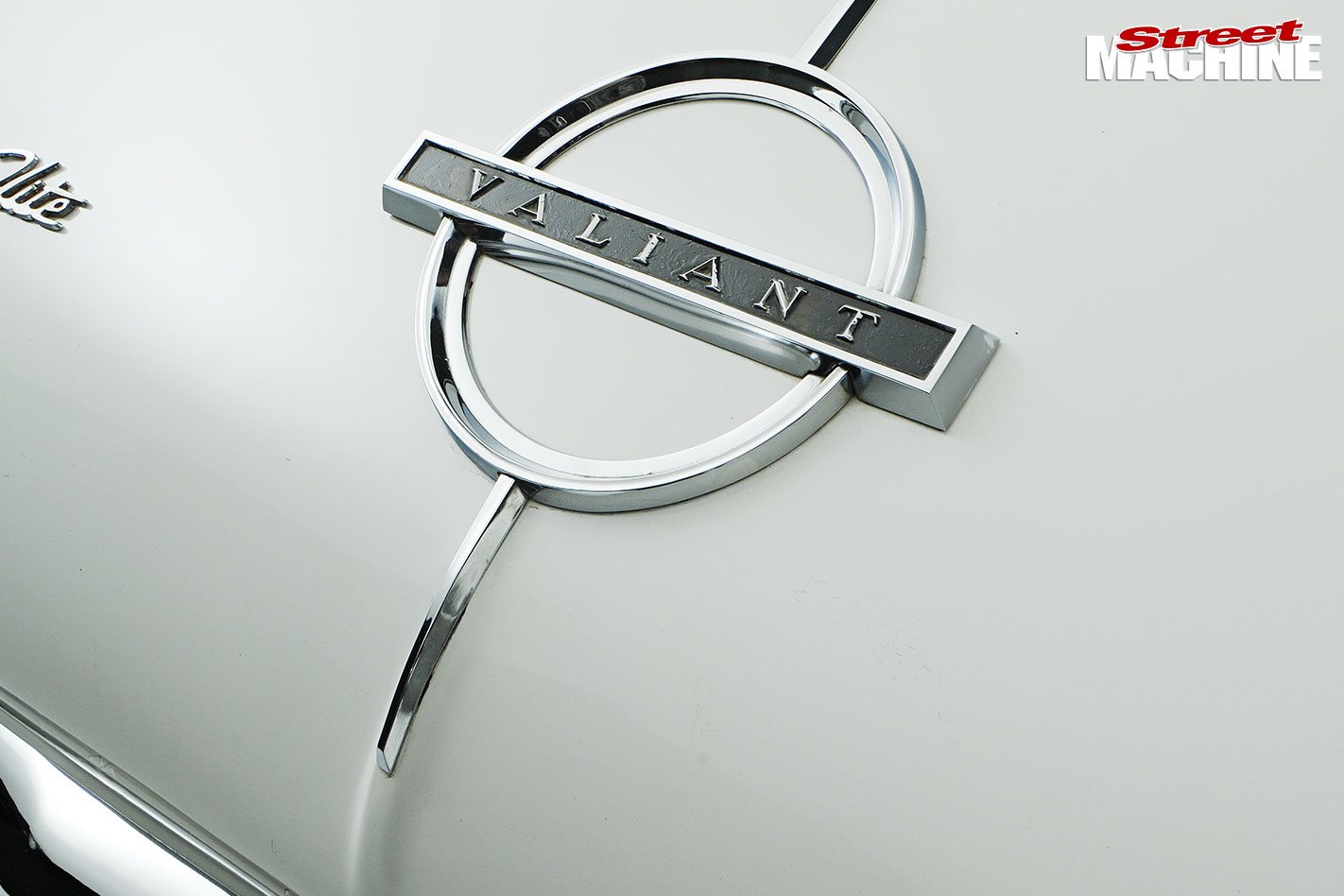 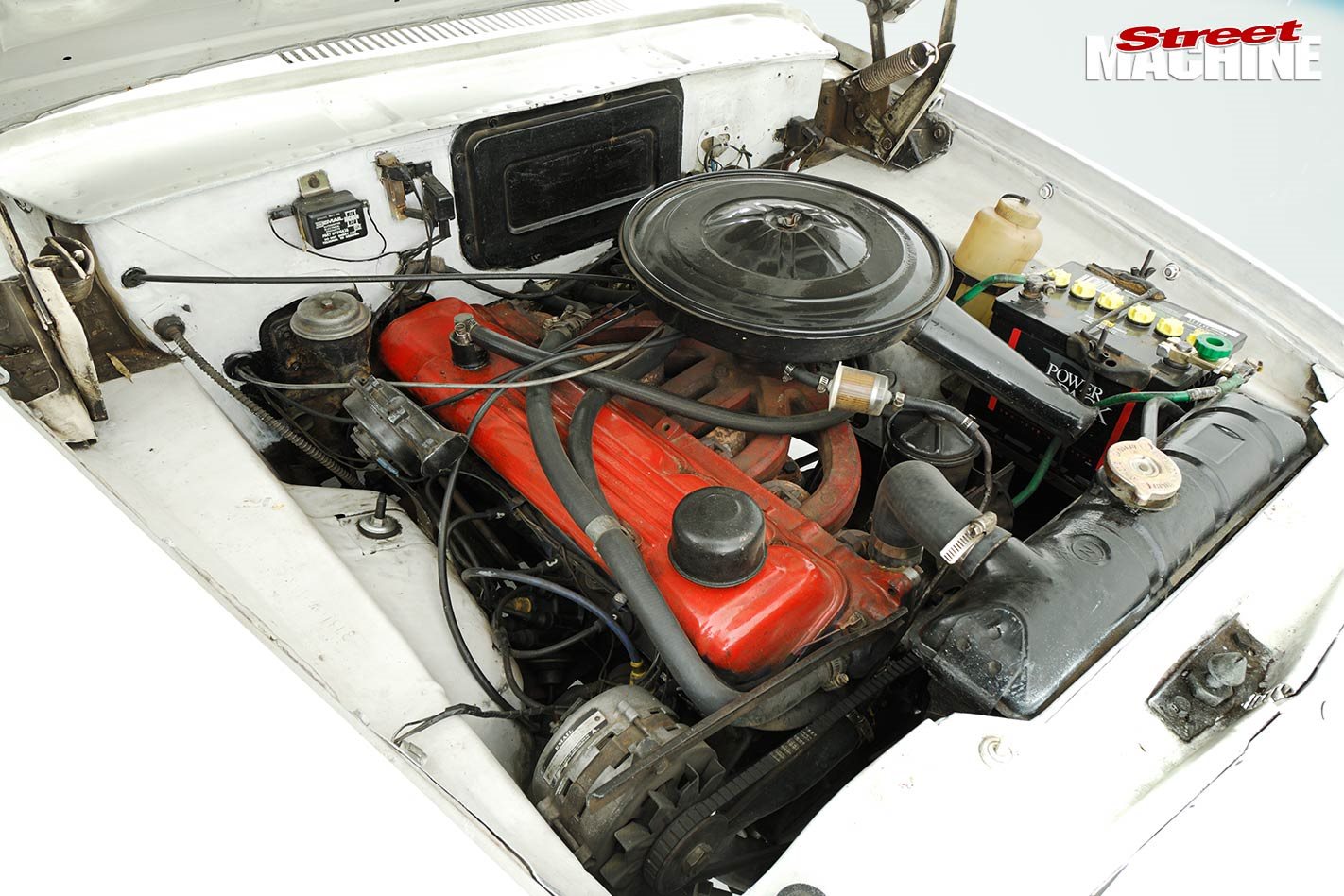 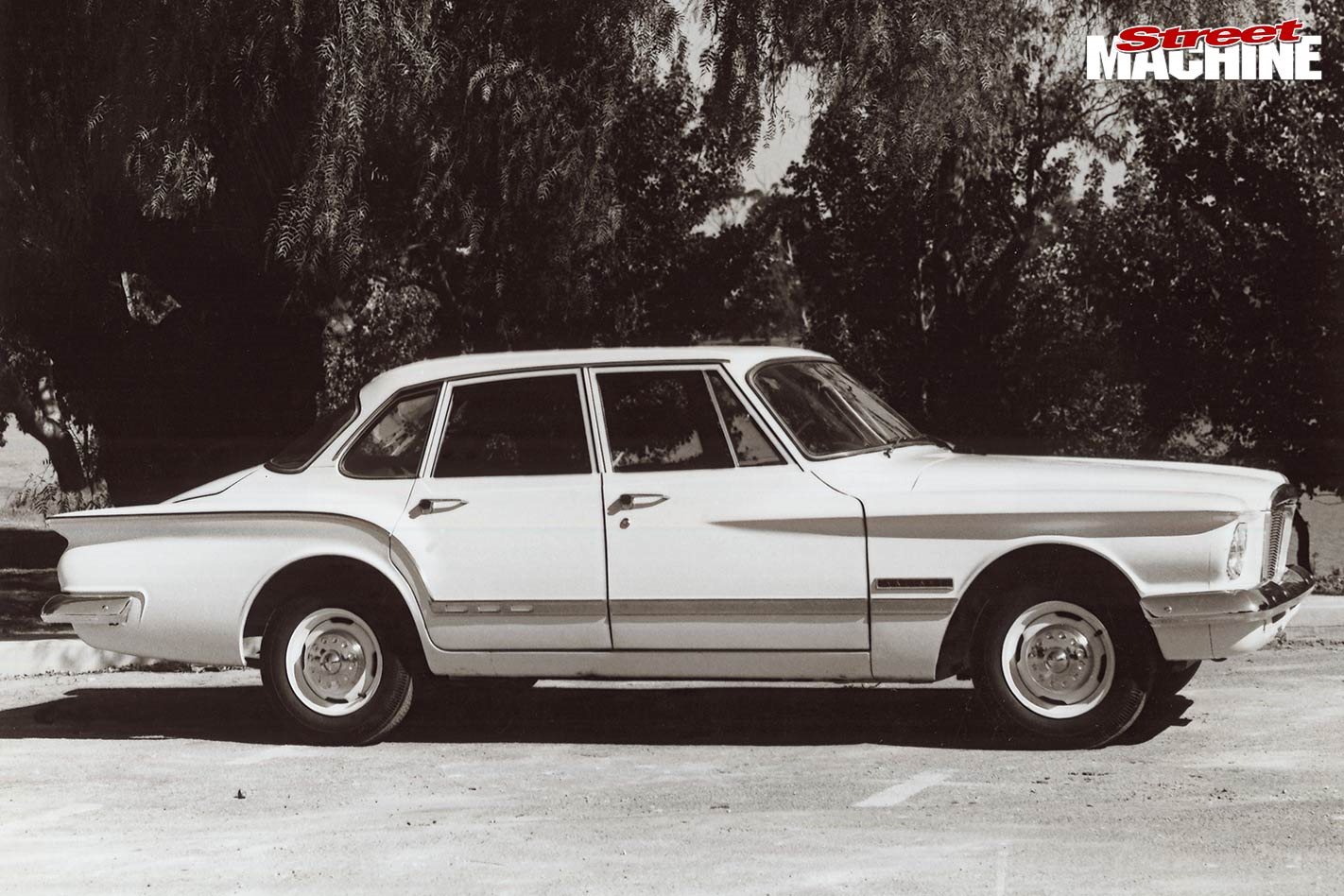 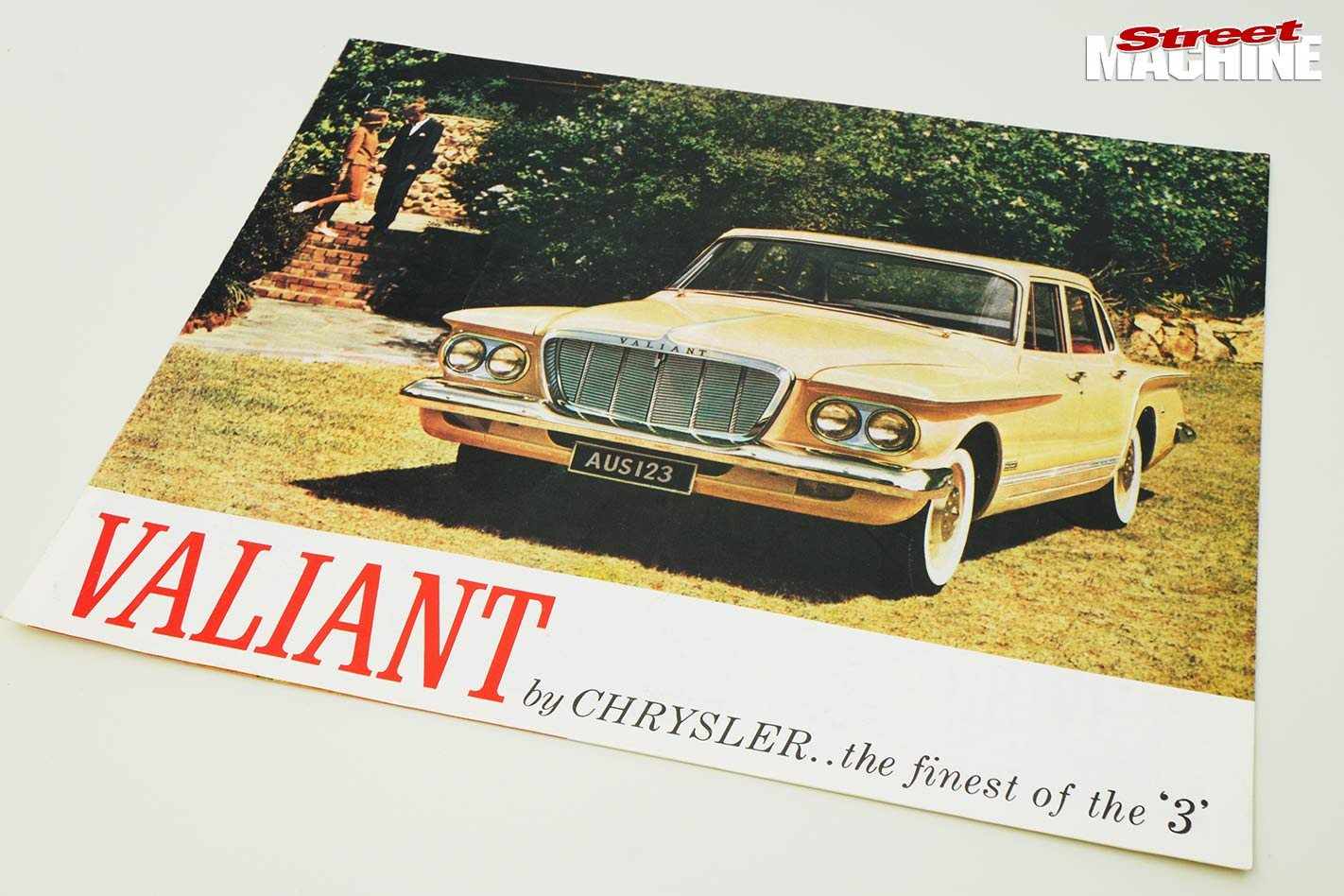 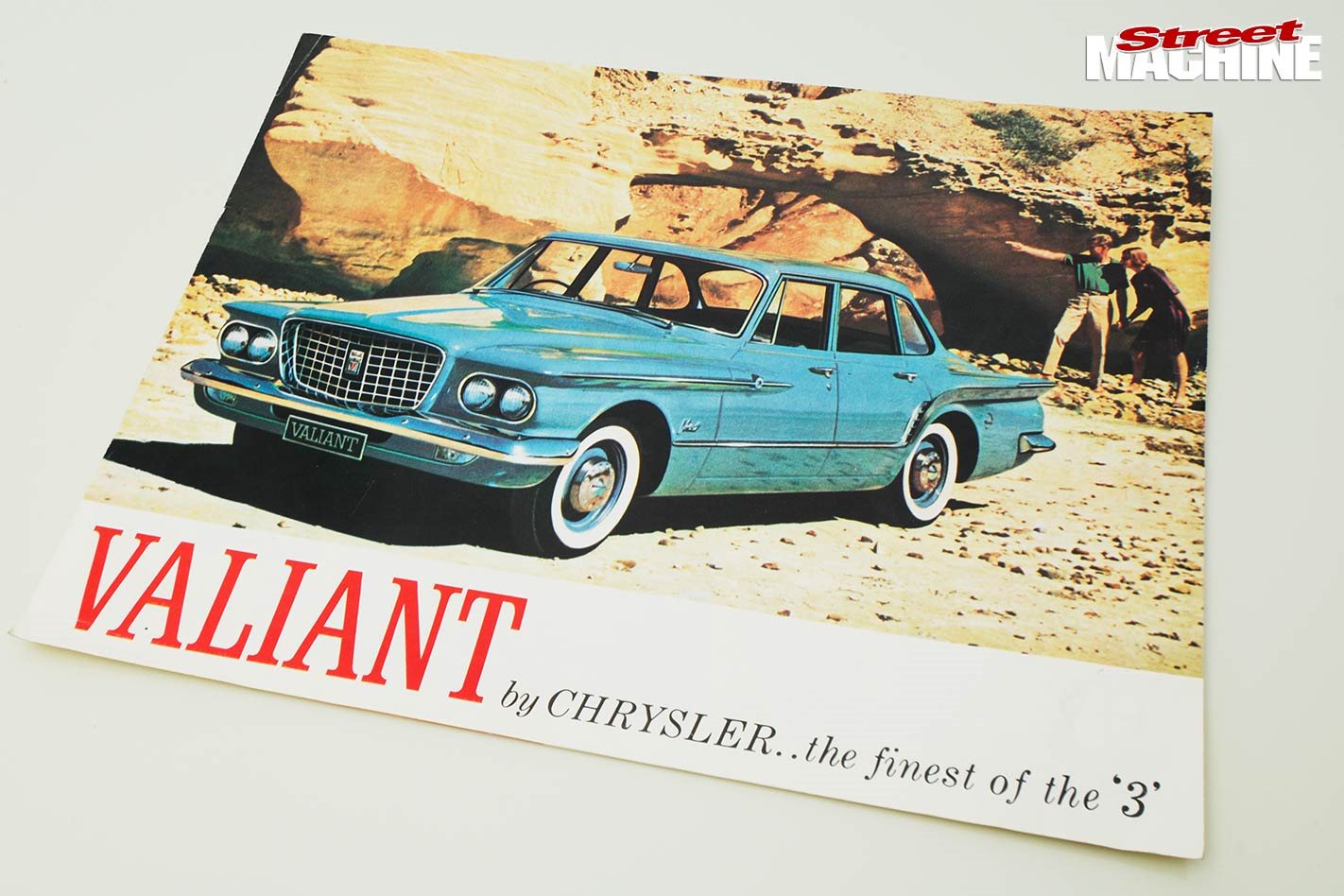