WE ALL know that guy. The one who just likes what he likes and does his own thing, regardless of current trends or fads. To many of his mates, Garry Pointon is that guy, having dabbled with panel vans back in the late 80s and 90s when it was considered kinda weird. But like many seasoned high-roofers, Garry always knew he was on to a good thing. 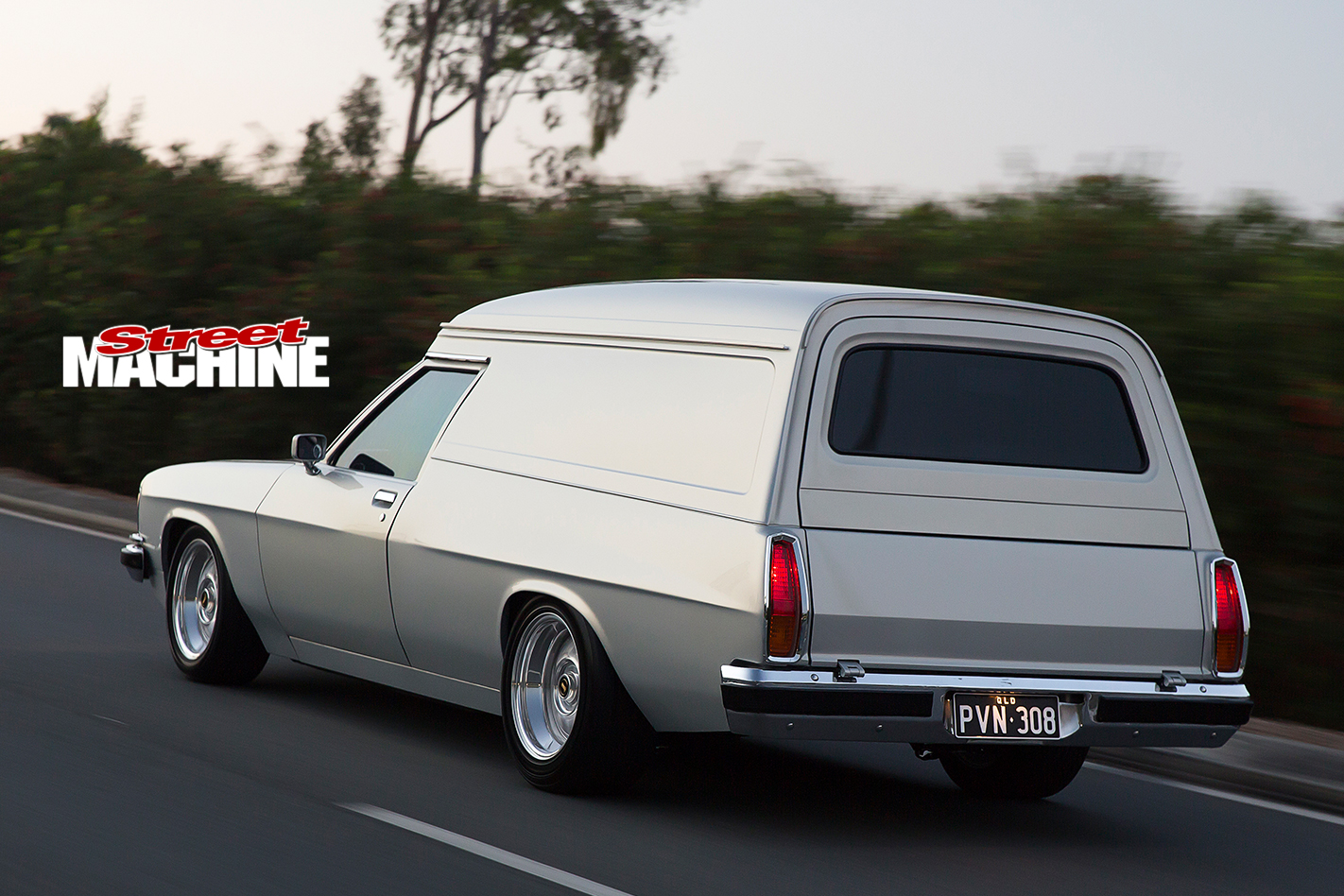 Now that panos are again a hot item, Garry’s silver HX Sandman is earning a new wave of fans drawn to its clean and understated looks. Crisp styling is rather unusual for a van – especially when you learn that this build is 18 years old – but to me, Garry’s HX represents a perfect blend of both street machine and panel van. 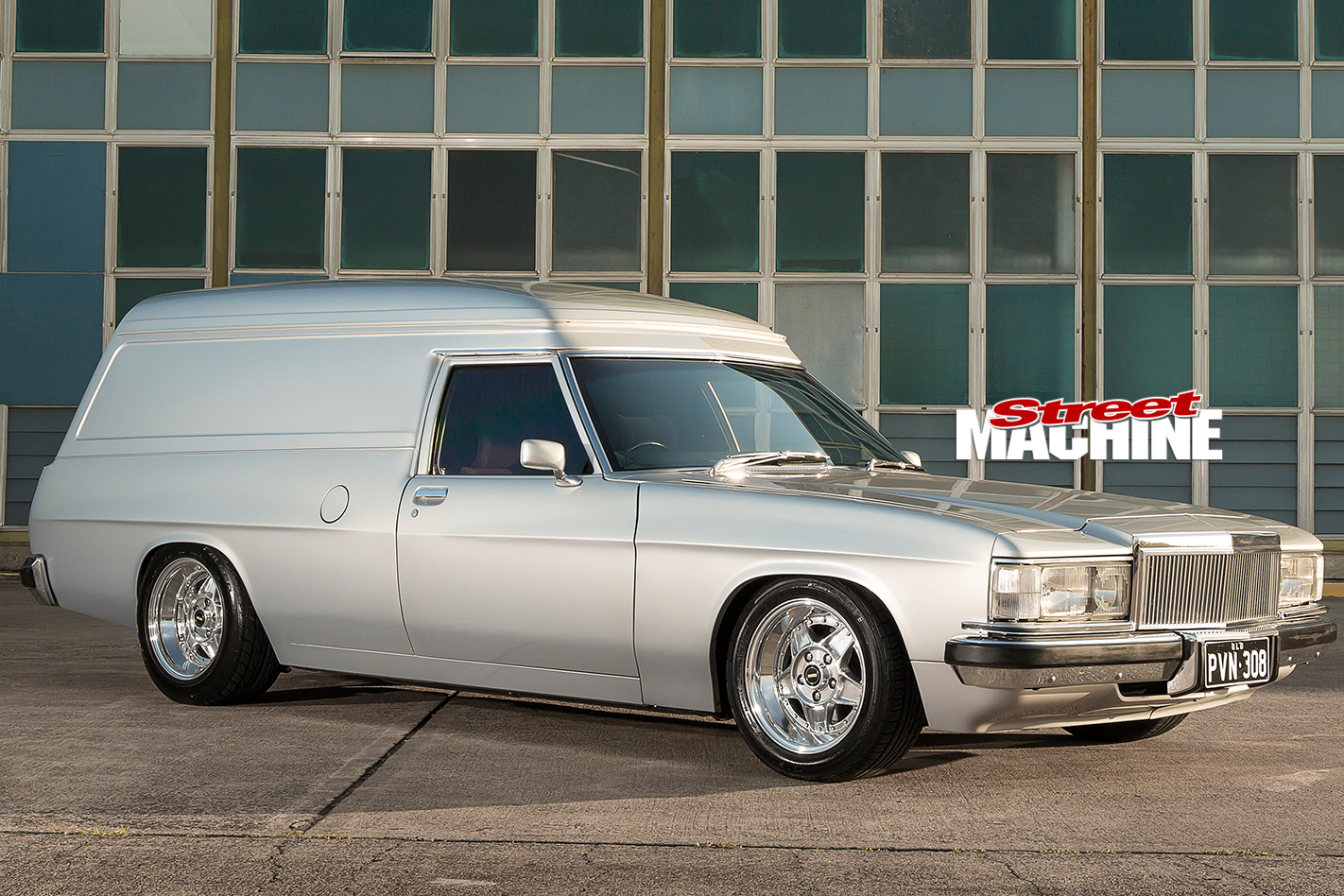 “I was 10 in 1978, and growing up in Perth we had these brothers as neighbours who owned FB and EH vans,” Garry says. “I’d always be over there climbing through the backs and generally annoying them. But it was a bright red HQ at the end of the street that really caught my eye. It was really loud and had fat chrome wheels along with a gold crushed velvet interior; all massive stuff to a kid. I was hooked.” 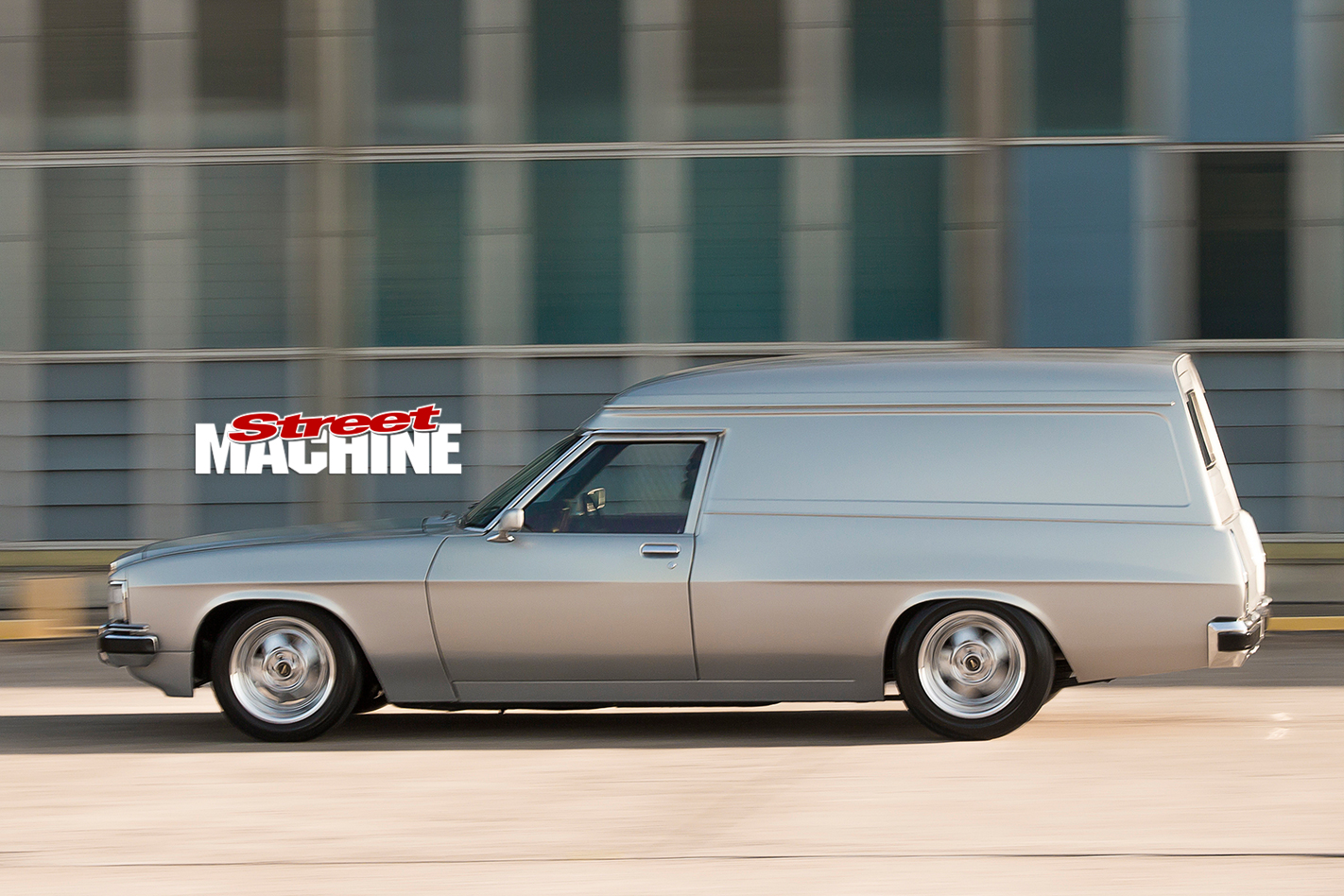 A steady diet of Custom Vans & Trucks magazines coincided with a shift to Brisbane in the early 80s, and it wasn’t long before Garry was drooling over iconic Queensland vans such as Mr Damage, Satan’s Alley, Excalibur and Cosmic Conspiracy.

As a teenager he dabbled with an HK wagon and HR sedan before buying his first van at 19. “It was a gold HZ running a 308, four-speed and all the fruit. I was into street machines as well so always had more than one car on the go.” 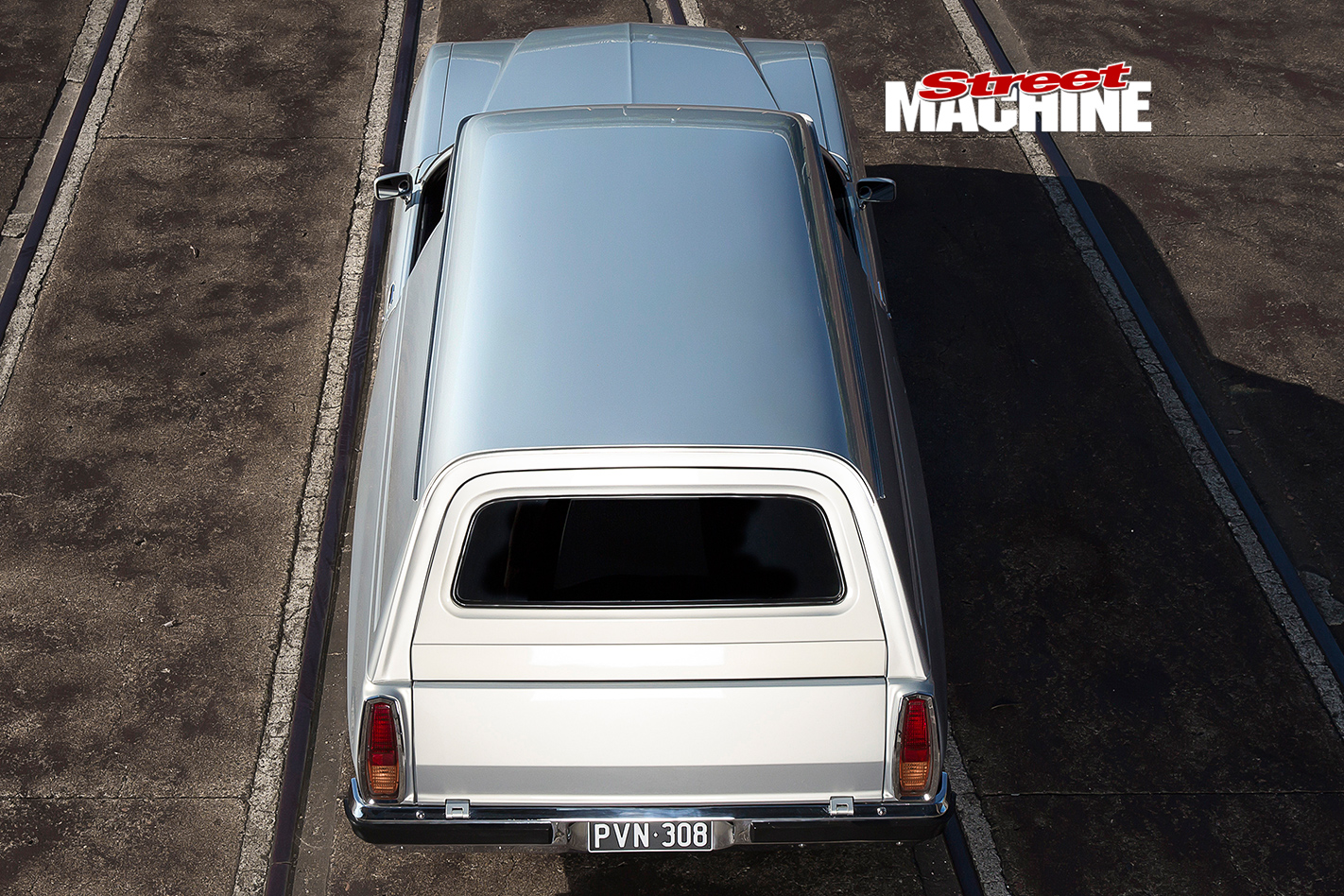 That HZ made way for a stream of other vans before Garry decided to give one the full treatment. “In the mid-90s I was building an HQ Monaro with tubs and a Crower-injected small-block, and it was just one drama after the next. I really missed vans, so got back to doing what I should have from the start.” 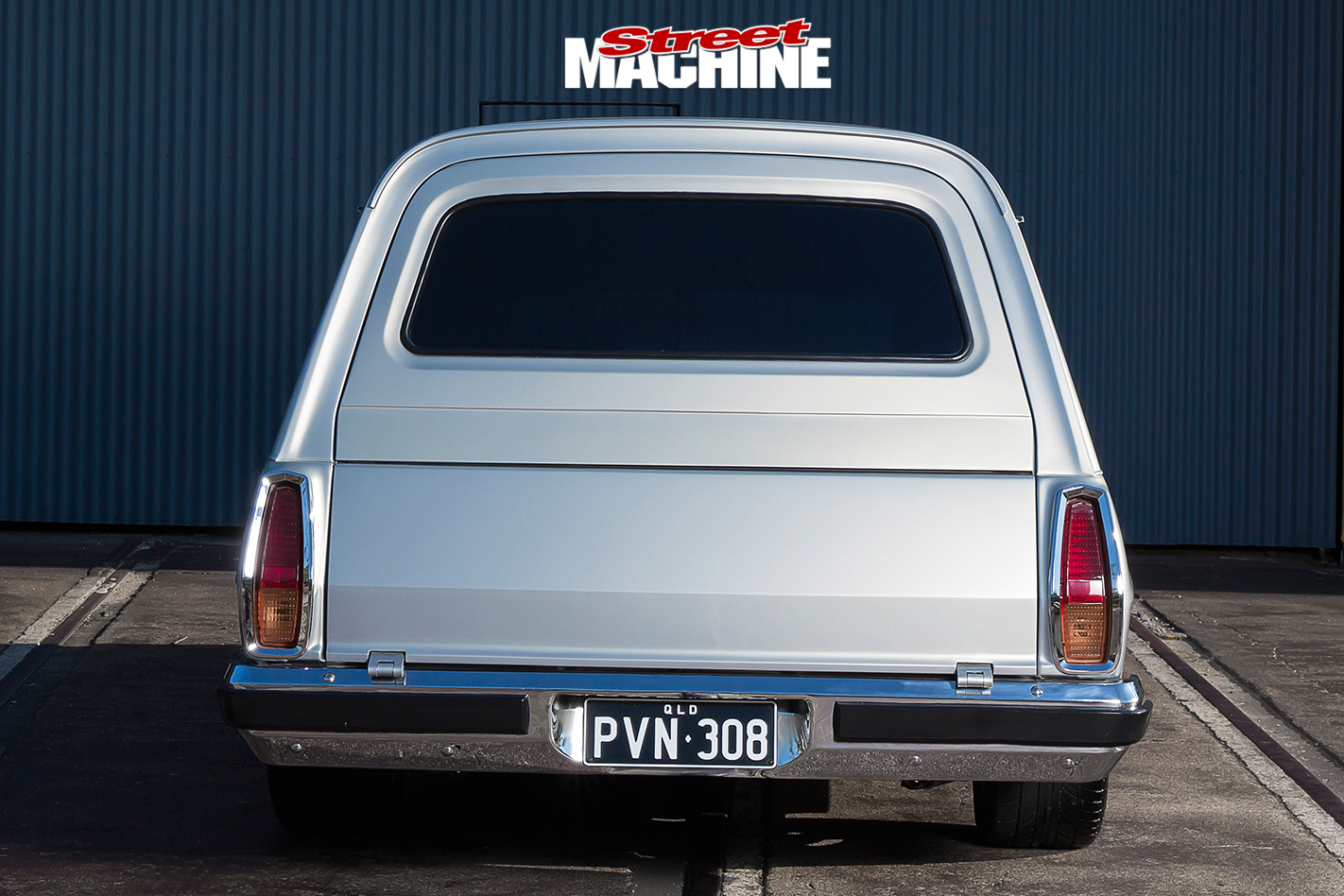 The Monaro was sold off in ’97 and Garry found a genuine Absinth Yellow HX Sandman languishing in a local front yard. “It was a factory 308/Turbo 400 van that was fairly tidy and complete. It had the usual rust spots you’d expect for a then-20-year-old car, but was windowless and well worth saving.” 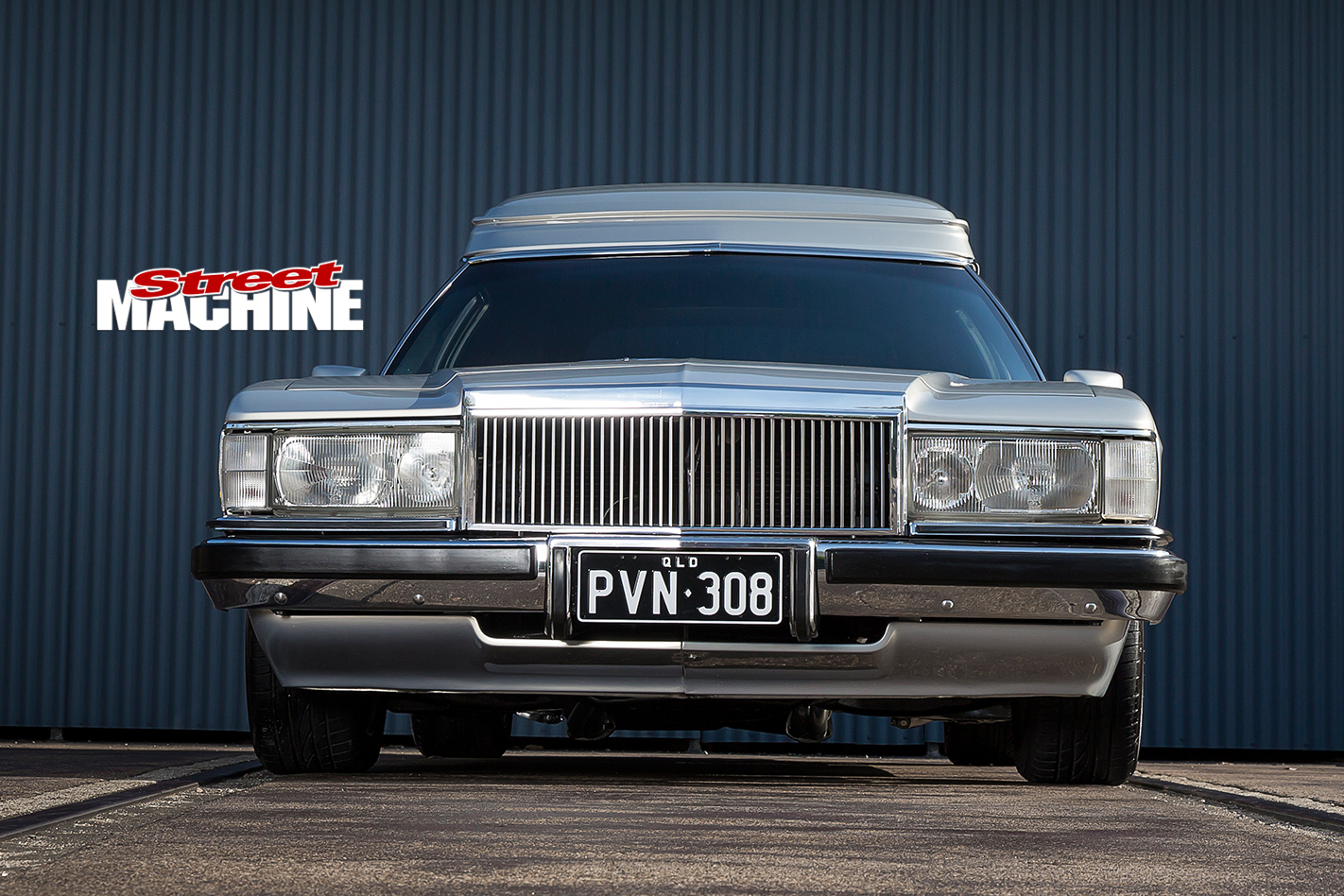 The van was stripped and the body sorted by Kelvin and his crew at VFP. A VR Commodore fuel filler was added, while the rear marker lamps, tailgate handle and all badges were shaved for a clean look. A WB Statesman front replaced the original HX nose, before the van was lavished in silver with a gold pearl overlay. “I wanted a classy look, which is why I went with the WB front and rear bumper bar, and I thought the silver tied in nicely with that vision,” Garry explains. Polished Simmons B45 rims work in beautifully with that concept, measuring in at 16x7.5 on the front and 16x9 out back. 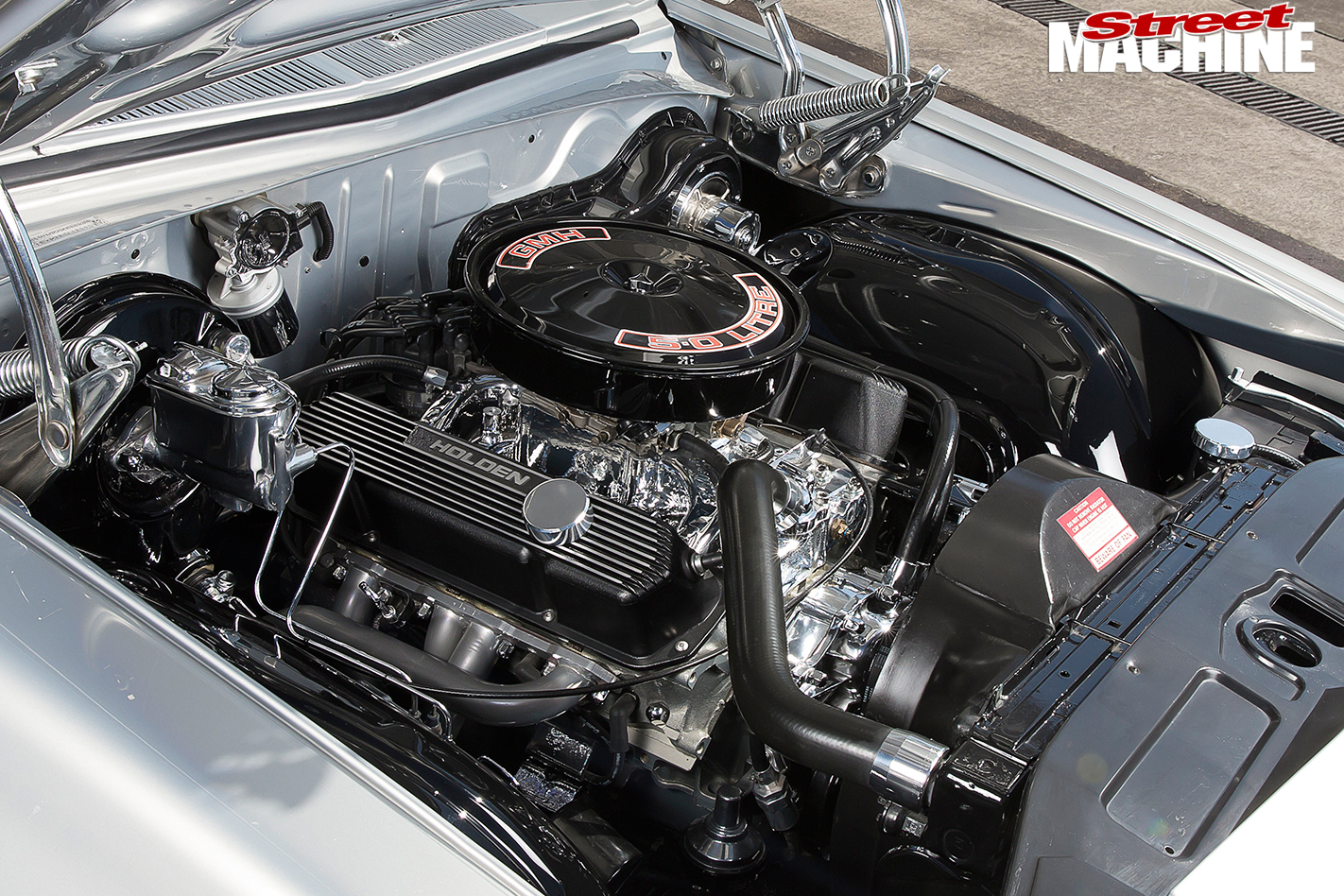 The 308 was retained and rebuilt by Paul Ryan, who stretched it to 330 cubes using the now-old-school method of offset-grinding the stock crank and running 327 Chevy rods.

Flat-top pistons and Sealed Power rings round out the bottom end, which uses a high-volume oil pump drawing from the stock sump. A custom-grind Phil Duggan hydraulic cam works with L34 heads topped with an Edelbrock Performer intake and modified Quadrajet carb. 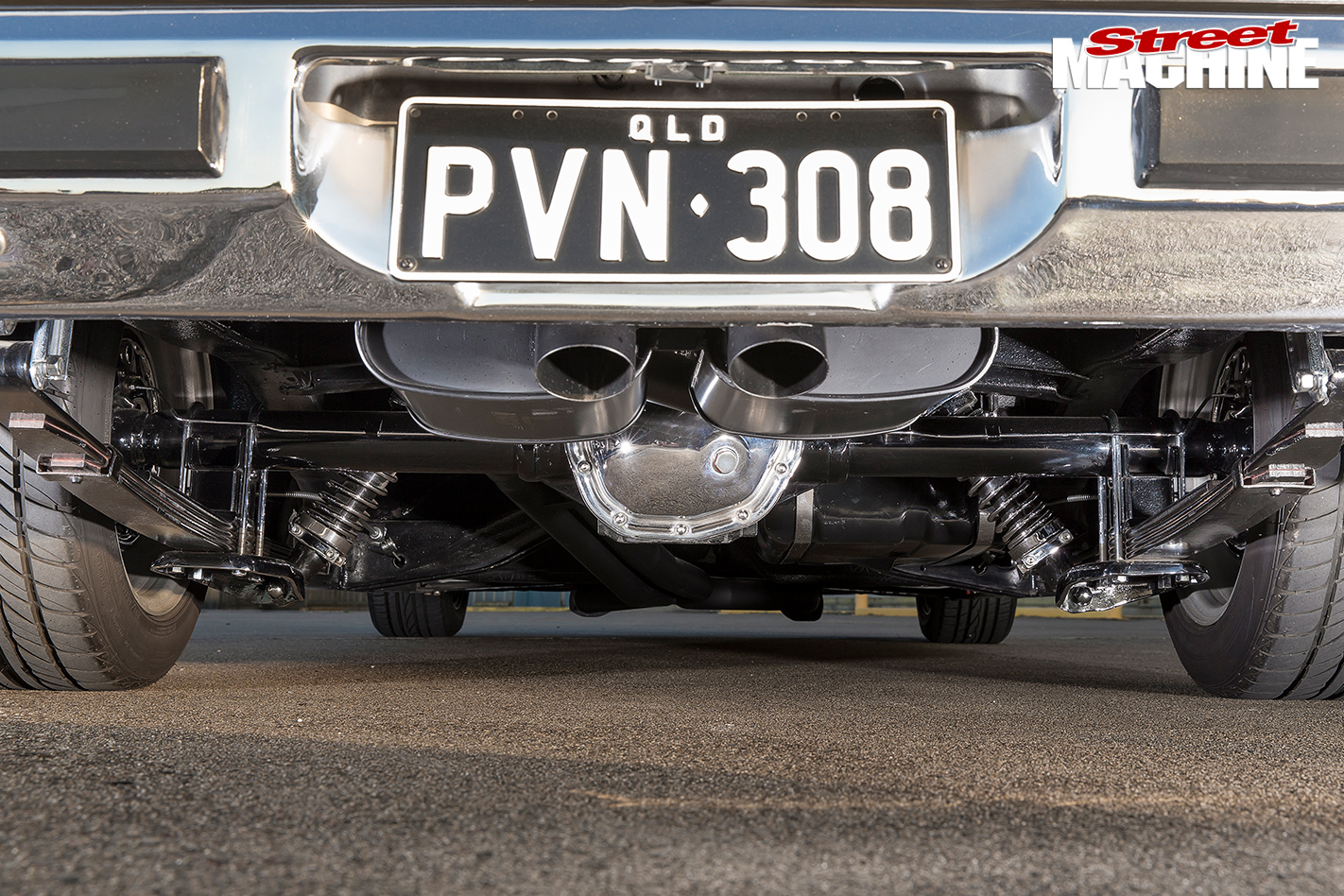 A WB Statesman radiator keeps a lid on the engine temperature, while the exhaust comprises Genie extractors feeding into a twin 2.5-inch system. A full-manual Turbo 400 was built by Bob Grant and runs a 3500 stall, and turns back to the stock Salisbury diff running a 3.55 LSD centre. 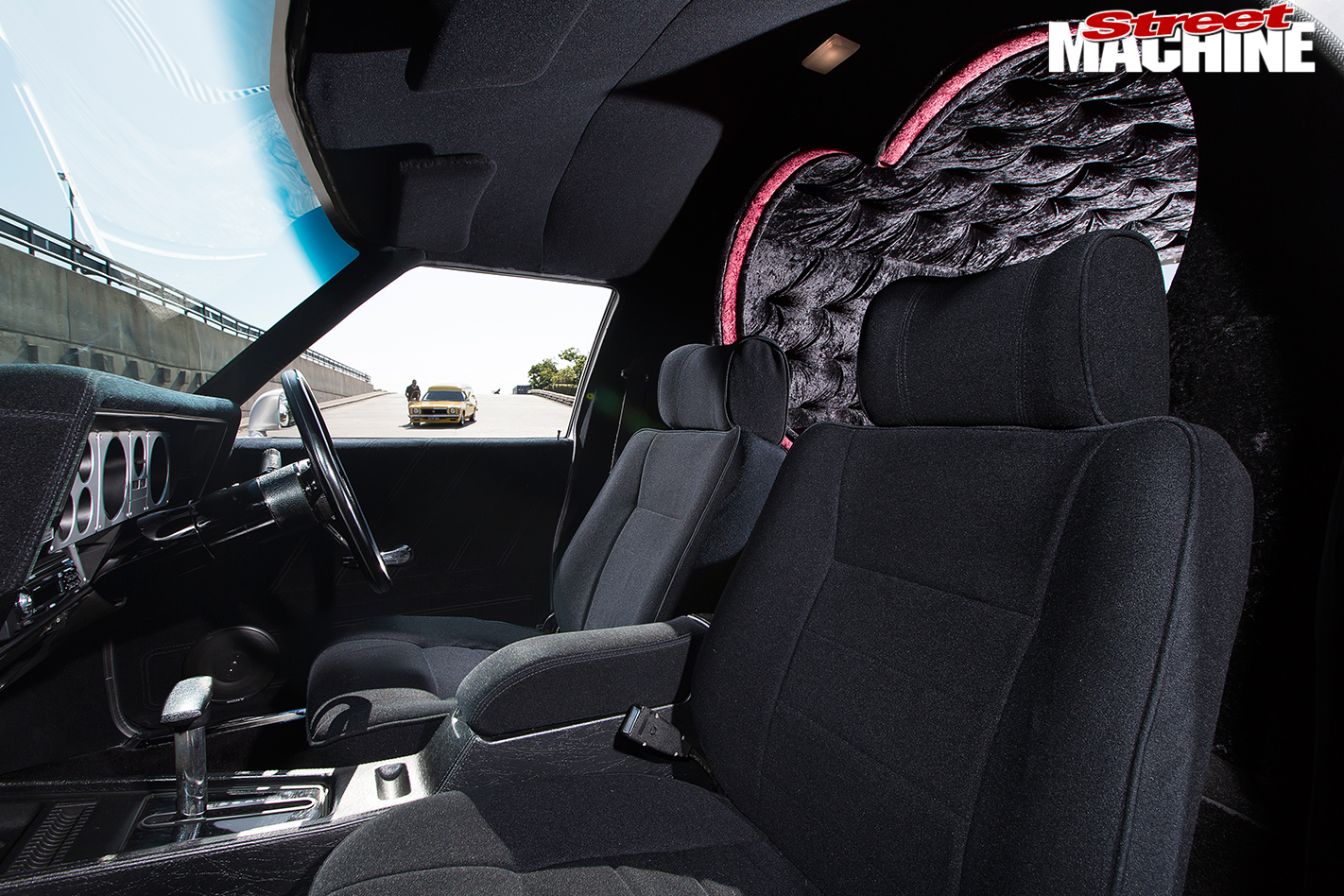 The standard brakes and suspension were rebuilt, albeit riding a lot lower, before Garry turned his attention to the interior. WB Statesman front seats were sourced before the front interior was redone in factory-style black by Lee Bros Trimming, while the factory GTS wheel and dash were retained. 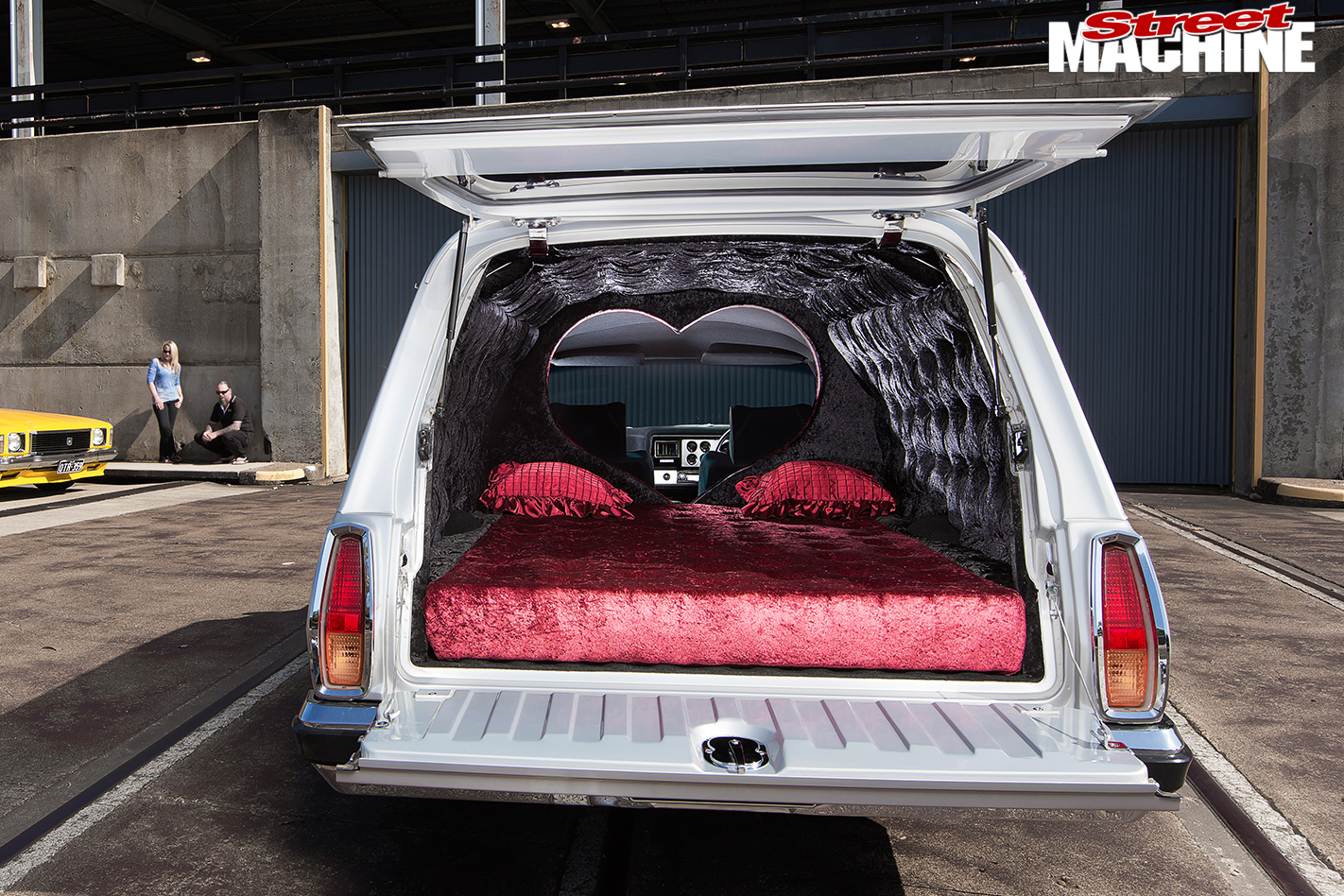 The rear is all Garry’s handiwork. He tapped into his old-school van roots – no pun intended – decking out the rear using traditional styling clues including a love-heart archway and plenty of black and maroon panne velour, diamond-tufted for that plush feel. 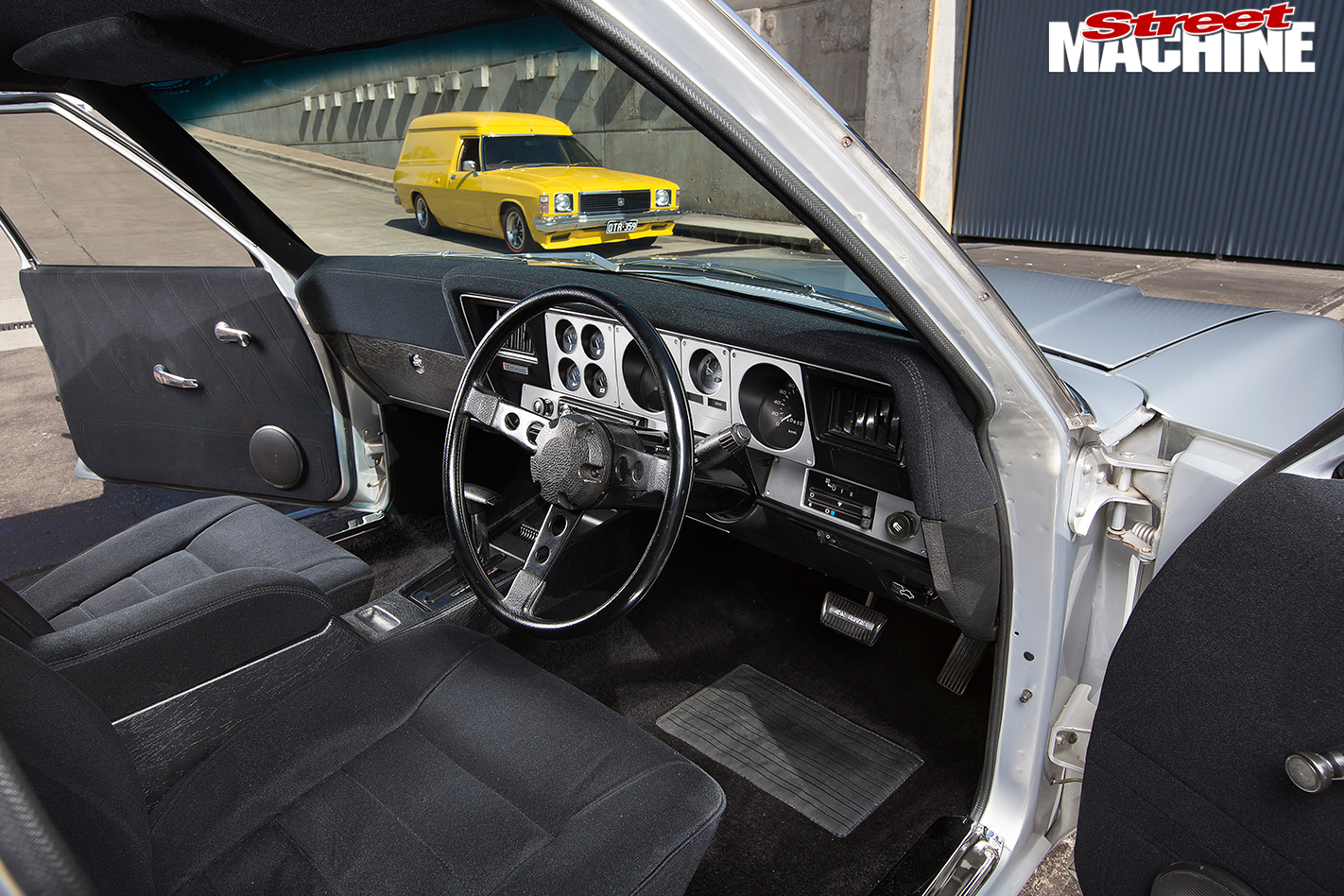 With the majority of the build completed in Garry’s shed, the van came together without any real hassles. “With the Monaro it was just one headache after another, but once I got back into vans it all just ‘worked’ and everything fell into place,” he says. 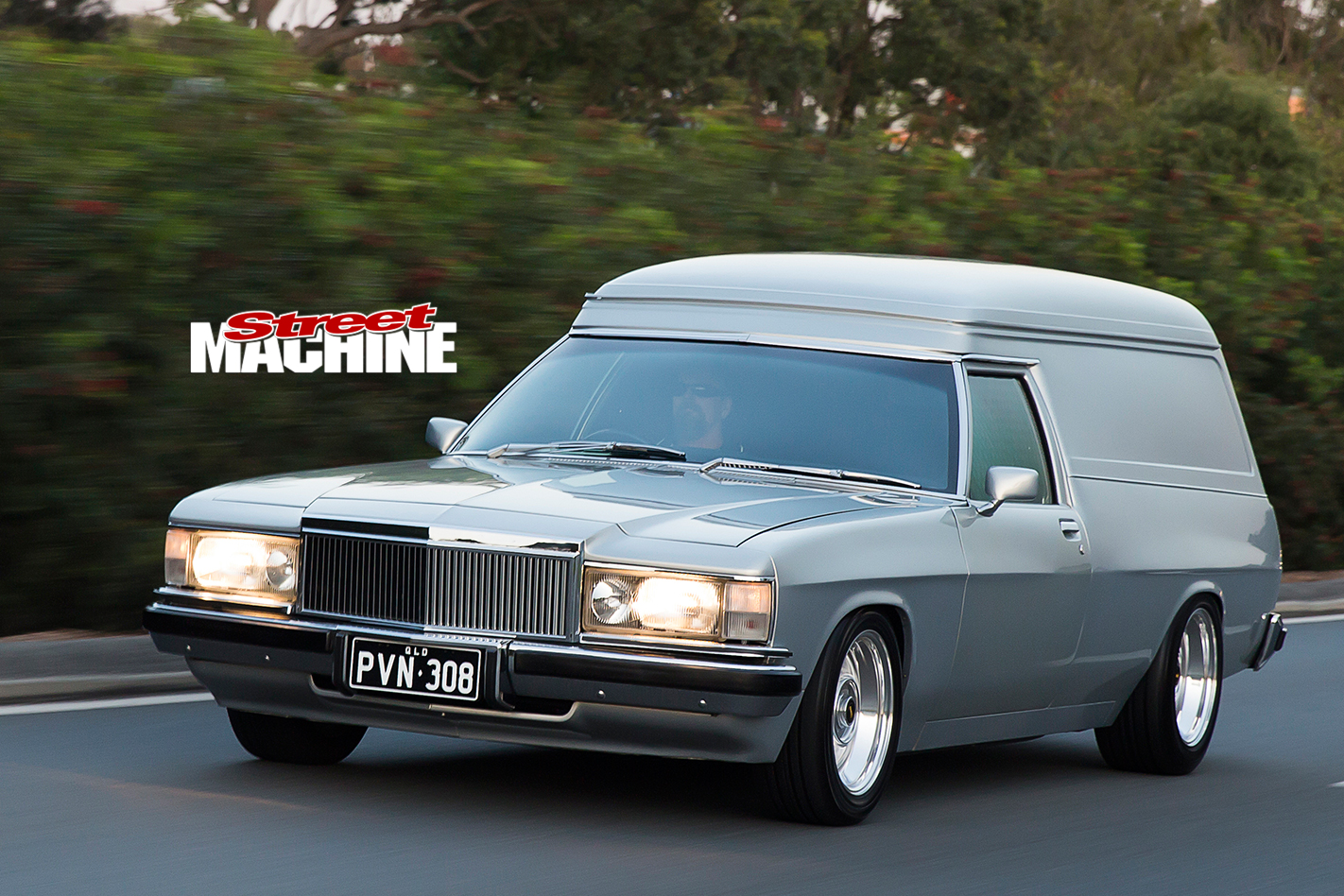 The HX hit the road and it wasn’t long before the awards started to flow. “It won a trophy at its first ever show in 1999 and was awarded Top Van at the Queensland State Titles in 2000, along with 5th Top Van at the 2003 Australian Van Nationals,” Garry says. “I got sidetracked into Harleys after that and the van spent the next decade just being driven and enjoyed. With the resurgence in vanning I entered the 2013 Van Nats and came home with the 8th Top Van award, which just blew me away after such a long break.” 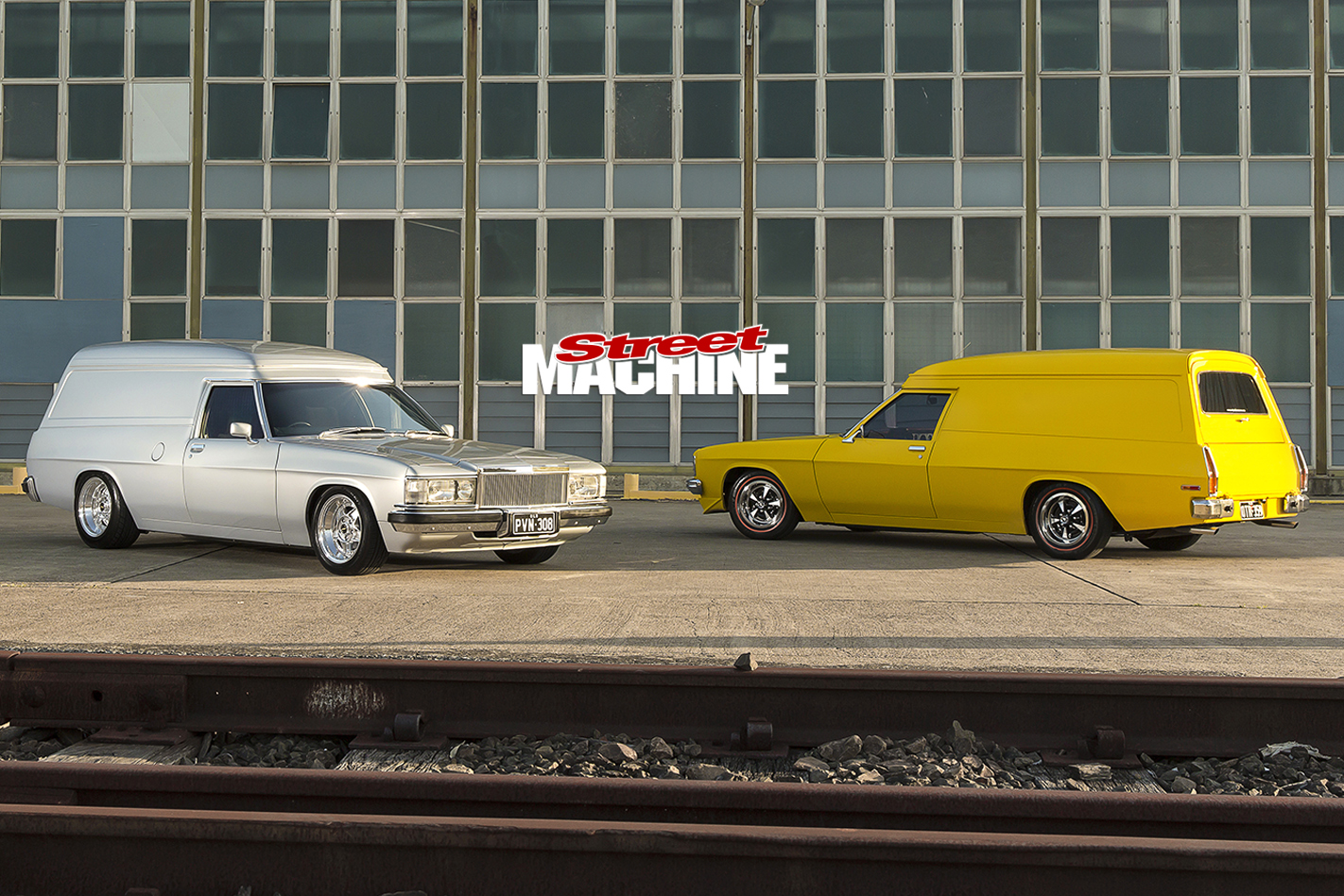 And don’t for a moment think that Garry will be resting on his laurels. With three other vans at home, a few Harleys and a Kenworth, he has fingers in a number of pies. “The yellow HJ van is my daily driver, which scored a makeover for this year’s 40th Van Nationals, and there’s an HZ that I’m building as an 80s-styled street van with a full grille, flares and huge jellybeans,” he says. “I have a survivor XB that is the full old-school build with spoilers, skirts, bubble windows and Torana flares, so I’m definitely not anti-custom, which seems to be the trend these days. I love vans, and have lived through all of their phases, so I like to dabble in all the different styles.” 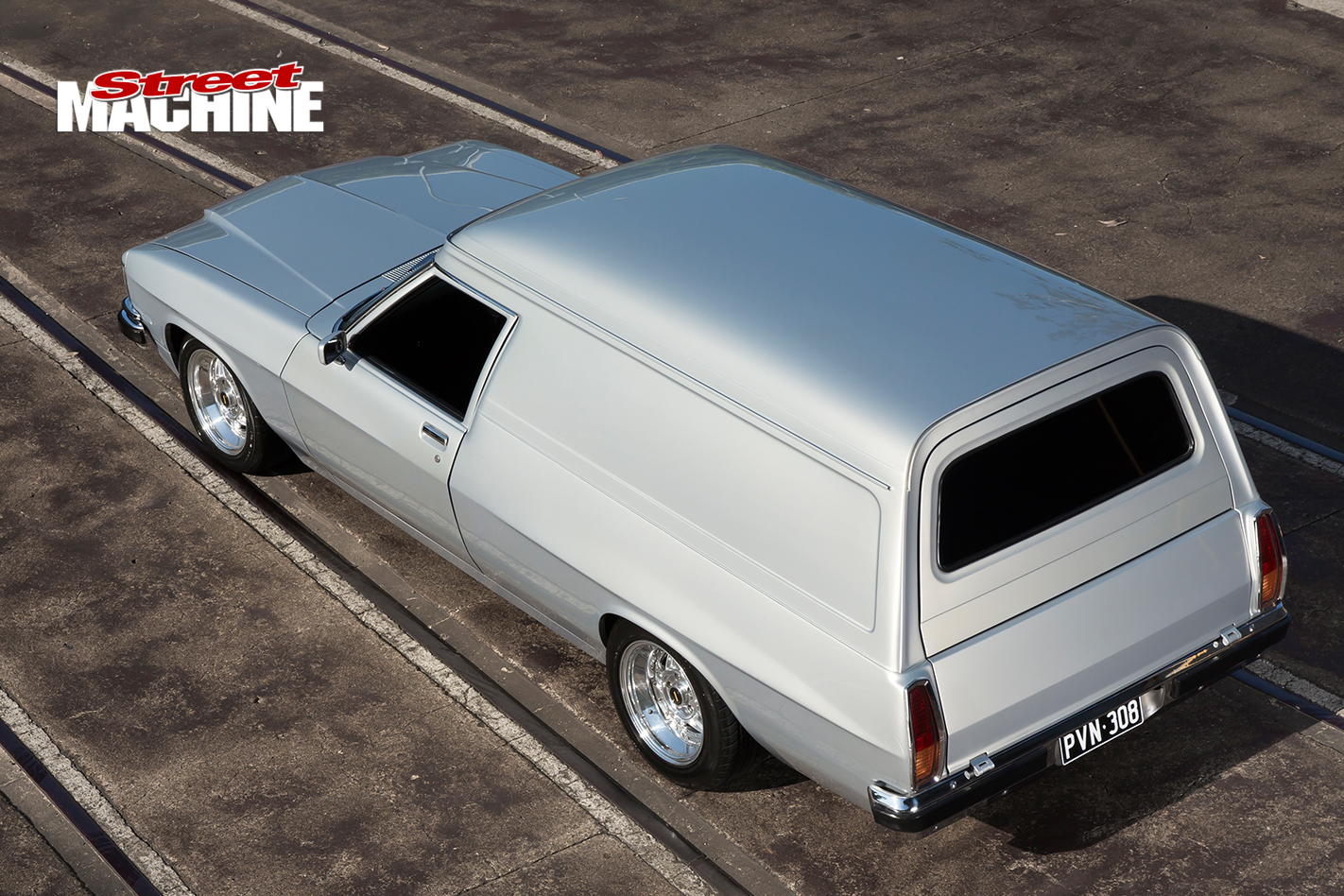 As for the HX, there are a couple of plans on Garry’s agenda. “The paint is nearly 20 years old so it could do with a freshen-up, and I have a 6/71-blown 355 stroker motor here for it, too. If I don’t slot that in then I may just go some removable Garlits injection; you know, I love to drive so it’d be nice to keep it streetable.” 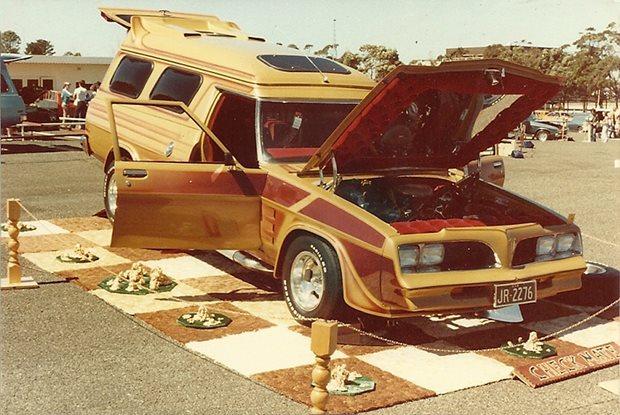 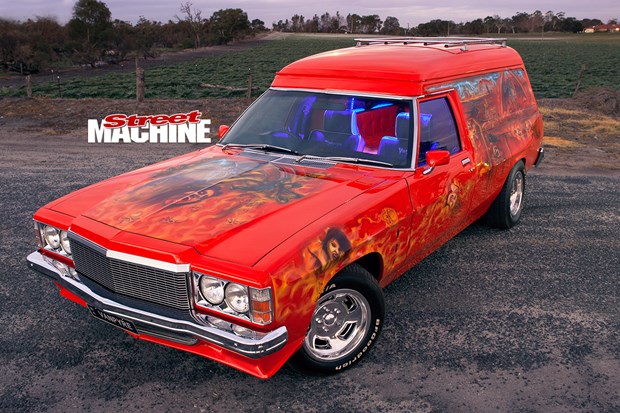 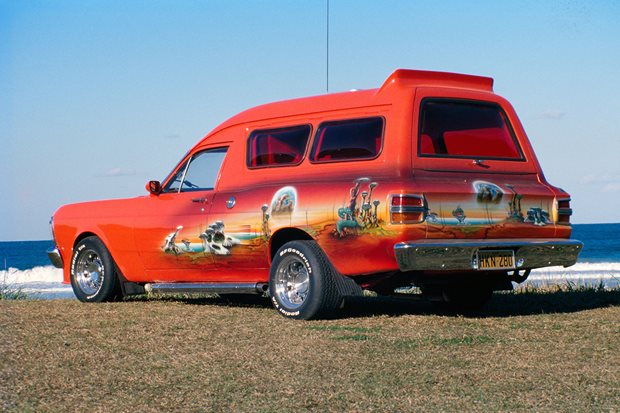 MYSTIC ILLUSIONS FORD XY VAN: WHERE ARE THEY NOW?